A family friend needed to find a home for a rescue dog she has. He is a one year old American bulldog/boxer cross. He has a great temperament, and I am missing my dog who died recently. So, I am going to pick him up.

I am wondering if I could train him to be a blood tracker. In Ontario a licensed hunting dog can be used to track wounded big game. I have had dogs my whole life, but this would be the first time I tried to train one for active duty.

Would this mix work for my intended plan? Any advice would be appreciated.

Thanks.
"When my friends tell me that I have led a remarkable life, I have to admit having done my best to make it so" - John Kingsley-Heath

I’d bet it is More likely leaning toward the guard dog side.
There are plenty of good books on the subject.
You can always give it a try. Good luck

BRICKBURN said:
I’d bet it is More likely leaning toward the guard dog side.
There are plenty of good books on the subject.
You can always give it a try. Good luck
Click to expand...

His jaws look huge, so I have no doubt he would dissuade someone! Fortunately he is very friendly, and not shy/sulky at all.

Do have a recommendation for a book? I am looking now but would appreciate your insight.
"When my friends tell me that I have led a remarkable life, I have to admit having done my best to make it so" - John Kingsley-Heath 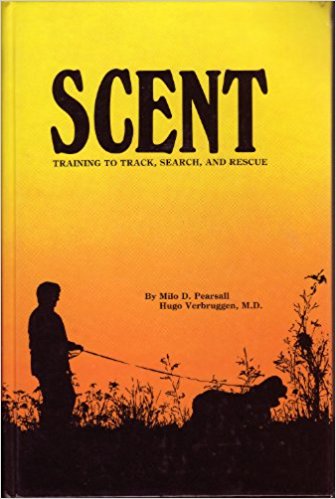 An excellent book that has a section on getting a non retrieving dog retrieving.
The step by step process is useful for understanding dog training.

It will help you understand Scent.

This one should help get the basics down. 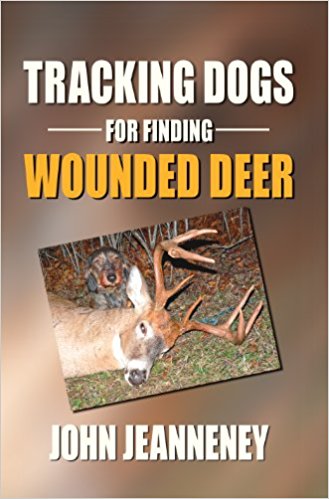 I have thought about training a tracking dog, but everything I shot just falls down. What's a guy to do?

I don't train dogs for big game, it's illegal here. My dogs will track birds and humans though.

In Norway you are not allowed to hunr big game unless you have tested an certified tracking dog (or a written agreement for such a dog to at the site within 4 hours).
Close tall imagninable breeds and mixes has been trained, tested an certified. Including a Papillion.

One small advice; do not try to learn your dog to track; he is better at that then any human ever can be. The trick is to get the dog to understand and want to track what you want to find.

These guys are in Ontario, and do excellent work...

Its been several years since I spent any time there, but they used to do weekend clinics and help owners train their own dogs in anything from obedience, to search and rescue, etc.. they had regular shutzhund clinics there also..

They do a lot of scent training for law enforcement and military (explosives, drugs, cadavers, etc) as well as human tracking...

Teaching your dog to track for hunting purposes wouldnt be any problem at all for them.. they might even be willing to do some one on one training with you and your dog to train you as a team..

For what its worth, I trained 2 different dogs with Baden in the early 2000's.. Both were dutch shepherds.. both were dual purpose dogs trained for protection work and explosive detection..

One of the dogs was an exceptional animal.. very smart and very driven.. the other was OK at best before I took her there.. she was a big love puppy and was super fun to have around, but she was moderately smart and her work ethic was marginal when I first took her up there..

Baden turned them both into top 10% dogs in a matter of just a few months..

It wasnt too hard to get Nick switched on.. the greatest challenge I had with him was getting him switched off (stop biting after being given the "off" command.. or to calm down after he found stuff that goes "boom").. they fixed that in a matter of days (fixed me really.. the dog instinctively knows what to do, and wants to please its master).. and Nick went from a "good" working dog to an incredible working dog in very short order..

Chloe was a little harder.. short attention span, combined with less intelligence, and lower level of prey drive.. it took some time for her to figure out how to get switched "on".. but once we got her there, she ended up being the best dog I ever owned or worked... She would do her job when she was called upon.. but maintained her super sweet nature.. she loved being around the kids, and was really a 65lb lap dog when you really got down to it..

I spent a LOT of time with both of these dogs.. I took Nick to Austria for a month to train with COBRA and WEGA (their two main SWAT/Counter Terrorism teams).. Took them both to Baden on a couple of different occasions.. trained with the local shutzhund club.. and worked with several different local police trainers over the course of about a 5 year period of time..

Baden was far and away the best and most consistent training either I or the dogs ever received..

Thanks for all of the great advice.

I am going to start with basic training for both him and I . I will then move on to tracking.
"When my friends tell me that I have led a remarkable life, I have to admit having done my best to make it so" - John Kingsley-Heath

I’ve had 1 American bulldog and 3 boxers (plus a bunch of other breeds). All of my boxers were protection trained and 2 were titled in shutzhund. The AB was a hog catch dog. Neither breed is a great tracker naturally compared to many others but I have no doubt if the dog has the drive they could be trained to blood trail game. Training tracking can be a lot of fun, I’d say go for it. Worst case you and your New dog spend a bunch of time together outside bonding.

008 said:
Worst case you and your New dog spend a bunch of time together outside bonding.
Click to expand...

Ya know, that is exactly what I thought. Dogs like these like to work, so patient training is great quality time.

I pick him up Sunday, and I am just praying he doesn't eat my wife's cat.
"When my friends tell me that I have led a remarkable life, I have to admit having done my best to make it so" - John Kingsley-Heath

If he kills the cat...you have your first carcass for training

Scott Slough said:
If he kills the cat...you have your first carcass for training

Yes, mine!
"When my friends tell me that I have led a remarkable life, I have to admit having done my best to make it so" - John Kingsley-Heath

What size is he? How about a photo?

These are from the day we met him. We thought about it on the drive home and then called. We collect him on Sunday. 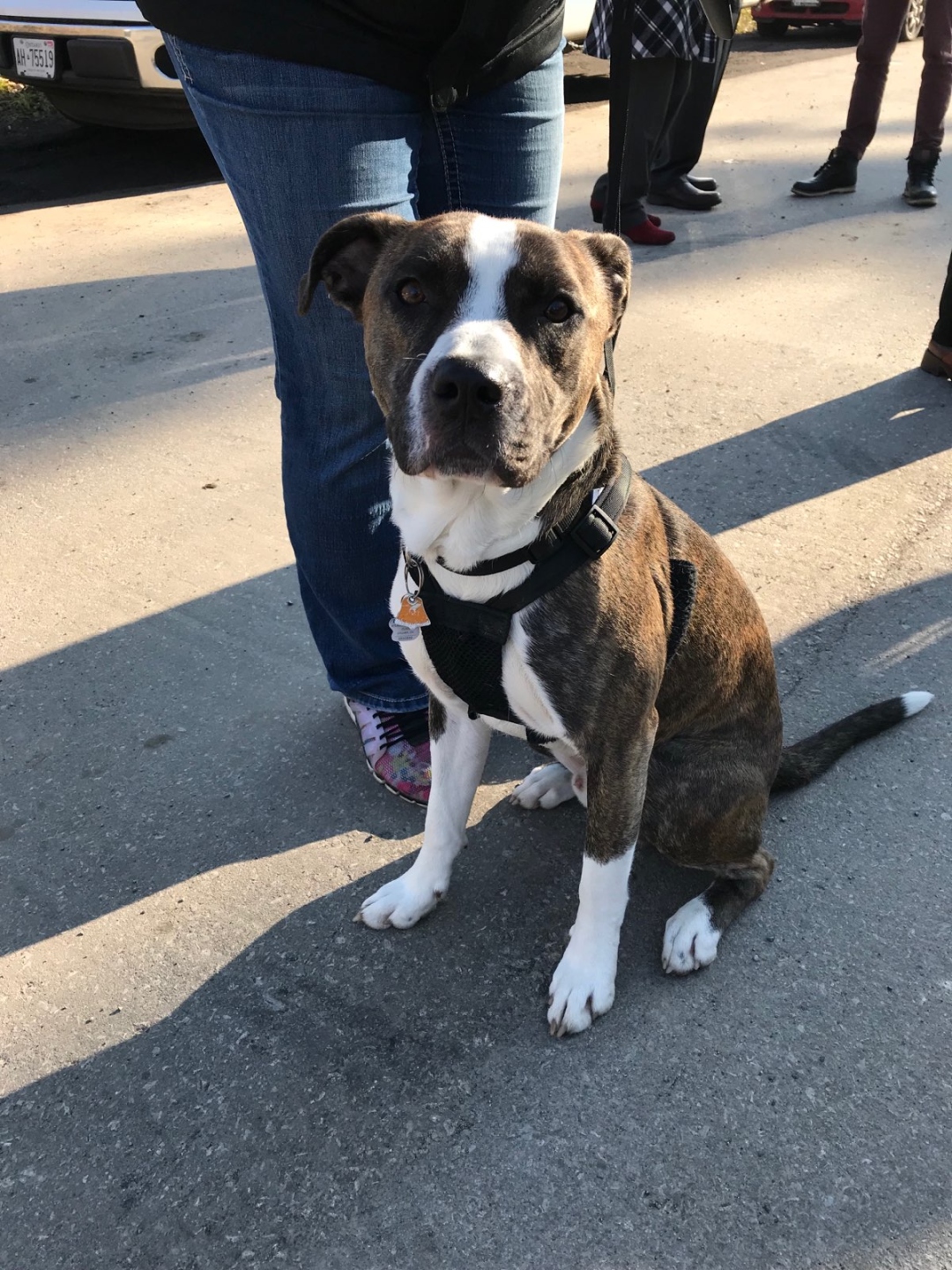 "When my friends tell me that I have led a remarkable life, I have to admit having done my best to make it so" - John Kingsley-Heath 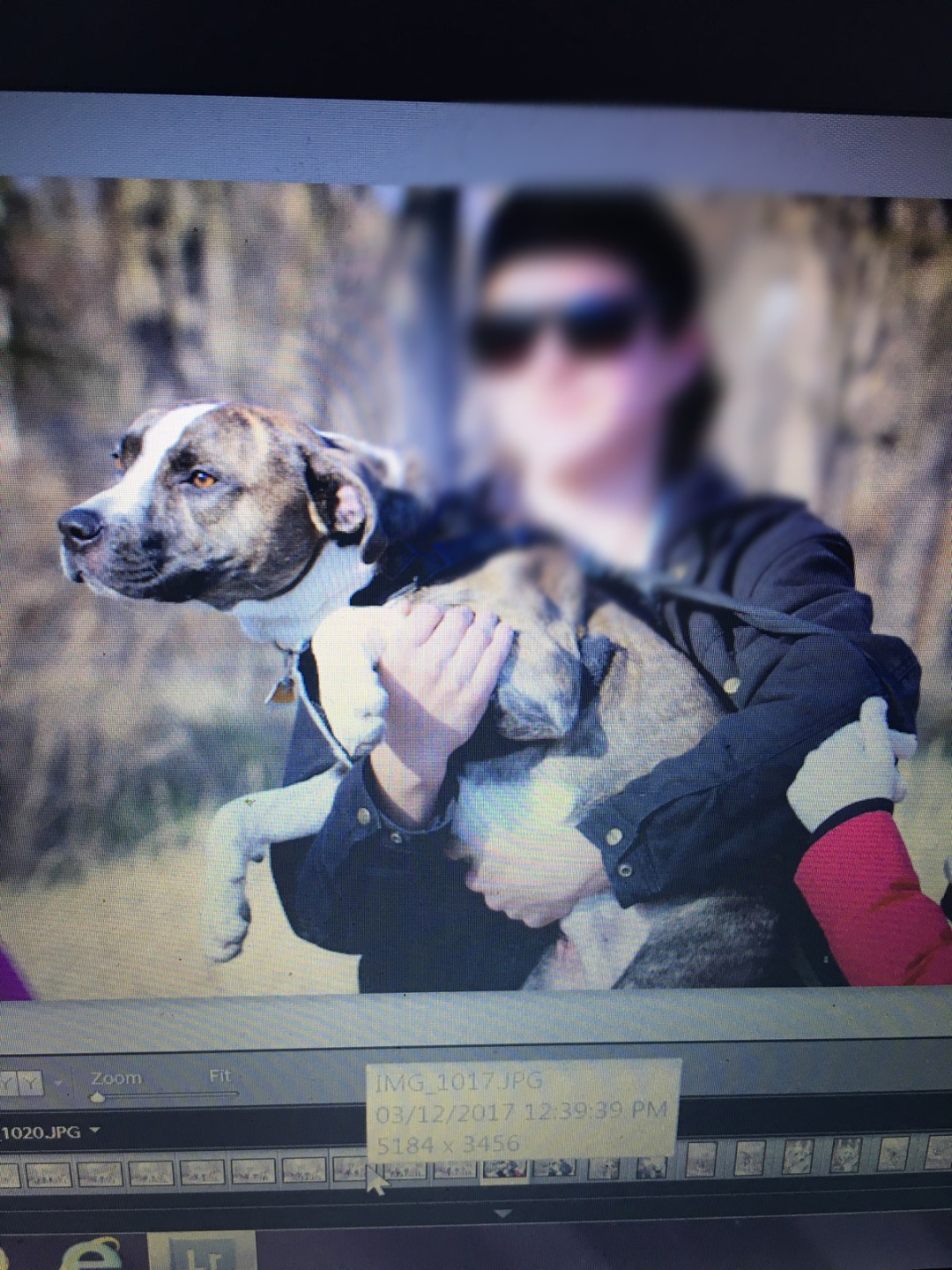 My son picked him up. Shows how calm the dog is. It's a good photo but it kinda looks like he has him by the dick, which could explain the animal's passivity
Last edited by a moderator: Dec 5, 2017
"When my friends tell me that I have led a remarkable life, I have to admit having done my best to make it so" - John Kingsley-Heath

FYI The tracking dogs I’ve seen in Africa were mostly Jack Russels, but also a ridgeback and a beagle.
Africa on my mind.
0

Looks more like an Amstaff to me maybe with some AB thrown in. Great looking dog!
You must log in or register to reply here.

P
The Importance Of A Hunting Dog

A Hunting Dog And A Family Dog?!

When a Dog is Done
2