Too Sick To Fly 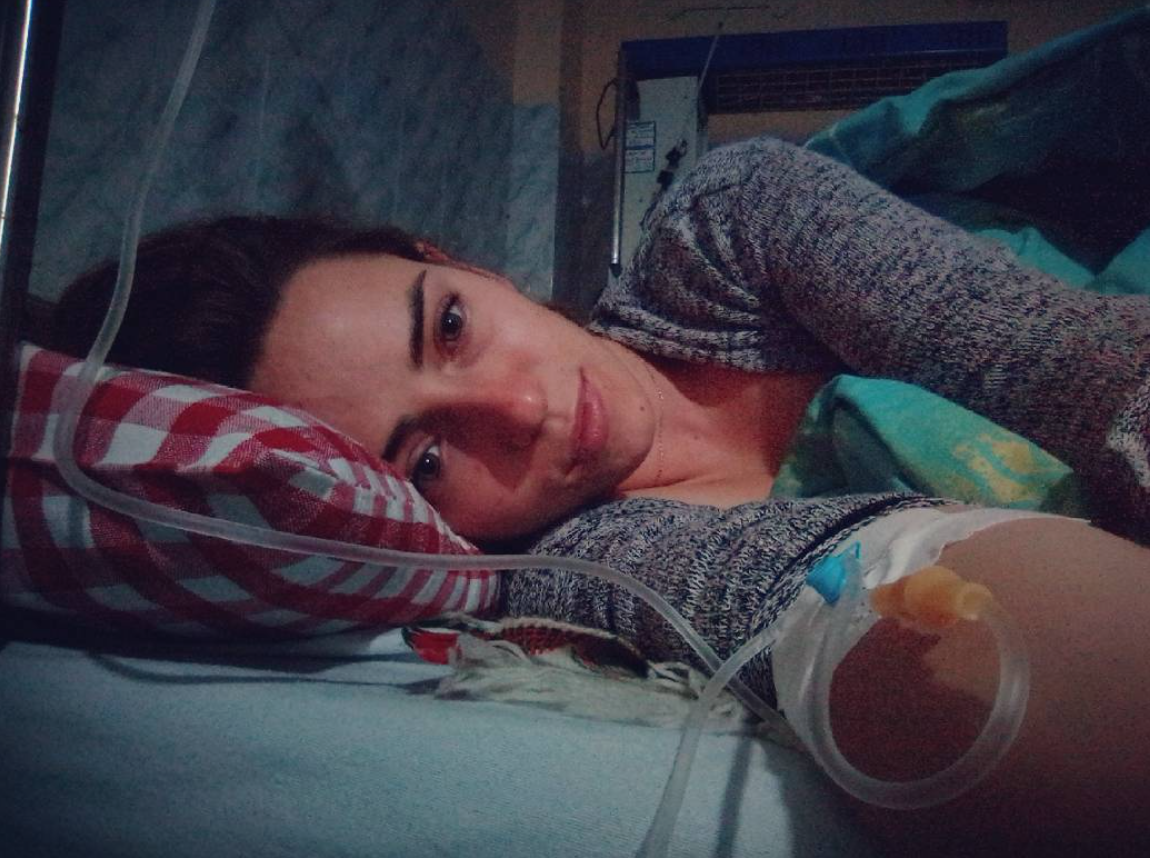 Eliah English from her hospital bed in Northern India


Twenty-three-year-old Eliah English was studying Indian law in Northern India when she became very ill. Eliah found herself with severe gastrointestinal issues, rather desperate, and feeling absolutely miserable. To make matters worse, she was worried about whether she would be able to catch her flight the next day.

Eliah called her mother who told her to call Global Rescue immediately.

Eliah did as her mother suggested and was immediately connected with a nurse who advised her not to fly. The nurse told Eliah that she would locate the nearest hospital and call her back shortly.

“The Global Rescue nurse was reassuring and helpful,” Eliah said. “She put me at ease when I was so ill and not in a positive frame of mind to function.”

Eliah confessed that she was most surprised when the head doctor from the hospital told her that he had been on the phone with “her medical team" and that they would be checking on her condition before she was discharged. Eliah laughed and explained to the doctor that they were not her medical team, rather a benefit of her Global Rescue membership.

“The Global Rescue team consistently checked on my well-being and were extremely thorough in ensuring I had the correct prescriptions, being scrupulous and providing advice from medical experts,” she said.

“I really appreciate the kind support that Global Rescue offered me whilst I was in India,” continued Eliah. “I have had this Global Rescue card in my wallet for as long as I can remember. I have only now realized just how lucky and privileged I am to be able to take advantage of this service. I cannot express my gratitude enough for the whole service and for the Global Rescue team.

“When you are ill and alone in a foreign country, finding yourself in need of medical care can be a daunting and stressful experience. Global Rescue alleviated all of my worries, and provided the best possible support that one could ever ask for.”

Today, Eliah has made a full recovery from her illness. She completed her travels in India, and then she moved on to Nepal, confident in the knowledge that if she needed help, it was one call away.

A critical Need For Medical Assistance On Kodiak Island

When A Tiny Spider Bite Becomes A Big Problem