Too Many Lions In Kunene 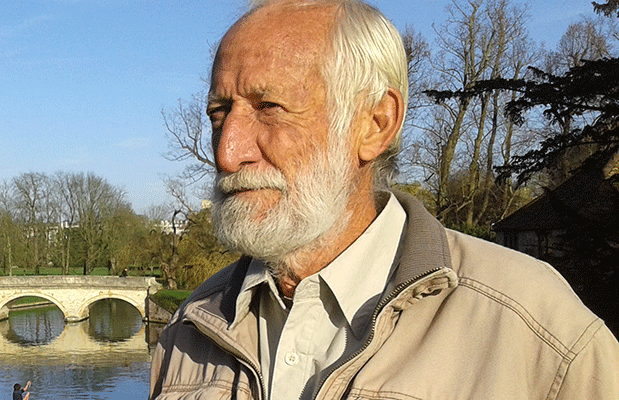 GARTH OWEN-SMITH
WE LIVE in a world where social media is overriding professional journalism and scientific research as our source of information about the world around us.

The mobile phone, a simple tool which increased access and made communication cheaper, has now become a smartphone, which has opened a Pandora's box of tweets, amateur blogs and Facebook pages that are undermining reliable reports getting to decision-makers and the general public.

The entertaining, but potentially catastrophic Donald Trump show in the United States of America is a good example. But the phenomenon is worldwide, including Namibia.

Apart from providing misinformation, the social media can also be intimidating. A decision-maker who receives hundreds or even thousands of emotional tweets or emails from persons who may be well-meaning but do not understand the situation, can be influenced in how he/she responds to an issue.

In Namibia, this includes the major lion problems faced by livestock farmers in the Kunene region.

In my previous article in The Namibian, based on over 35 years of conservation work in the north-west and north-east of Namibia, I explained that the present human/lion conflict being experienced there was to be expected after rains fell at the end of a prolonged drought.

Put simply, during droughts, predator numbers increase because hunting is easier, while their prey populations decrease due to little or no reproduction, higher drought-related mortalities and increased predation. In communal areas, this predator/prey imbalance causes lions to turn on the easiest alternative available – the local farmer's livestock.

Whether tourism operators and armchair lion-lovers like it or not, there are now too many lions in some parts of the Kunene region, especially in Torra and other conservancies bordering on the Palmwag, Etendeka and Hobatere tourism concessions.

Trying to save the lions that are killing livestock, or harassing the farmers who kill them, including impounding their firearms, will not serve the interests of conservation in the region.

Ecologically, this is because their present high numbers inhibit the recovery of gemsbok, zebra and kudu populations, which is essential to create a more balanced predator/prey relationship in the future. But it is important because it has caused many local farmers to rethink whether conserving wildlife is a benefit or liability to their livelihoods.

In the late 1970s and early 1980s, a similar drought situation prevailed. But then, professional hunter Volker Grellman, senior nature conservator, the late Chris Eyre, and staff of the Namibia Wildlife Trust (where I worked at the time) assisted in reducing the lion population.

The support to the farmers in their time of need undoubtedly played a crucial role in our getting the traditional leaders and local communities' support in stopping the major poaching of rhino and elephant occurring then.

In 2015, local information led to the arrest of 10 rhino poachers. In this year, there have been at least six cases of community members alerting the environment ministry or police of poachers from outside the area before they had killed a rhino.

Recently, seven arrests were made after a rhino was poached in the Grootberg area, hopefully bringing to an end the poaching there, the only part of the Kunene region where rhino have been killed since 2015.

The Torra Conservancy has also increased the number of its rhino rangers to nine, with 36 more rhino rangers patrolling in other conservancies that have rhino.

The local communities are thus bringing their side to stop rhino poaching. The environment ministry now owes it to them to not be influenced by Facebook conservationists, and instead assist the livestock owners in dealing with the lion problems they are facing.

In a recent survey, Anabeb Conservancy farmers reported that over 80% of their cattle and 50% of their small stock died in the drought which ended this year. Since then, 71 cattle and 130 small stock have been killed by lions (with many more by other predators).

In spite of most of them having less than 10 cattle left, and some none at all, 34 out of 40 Anabeb farmers still said it was important to have lions in their conservancies for tourists and their children to see, but that in livestock areas, the people's livelihoods must come first.

There is also the threat to human lives. At the end of the drought in 1982, an emaciated lion went into a hut at Sesfontein, and killed and ate a small child. Twice this year, rhino monitors have been attacked by lions. In Torra Conservancy, two male lions shot on the carcass of a cow they had killed were found to be extremely thin.

In Kunene recently, while we were sitting around our campfire at night with guests from India, eight lions approached us, the closest coming to less than 15 metres. This was in spite of the fact that people were moving around the camp preparing dinner.

With the recent rains in western Kunene, the game will become more dispersed and harder for lions to hunt, causing livestock losses to increase.

A starving lion is also a potential man-eater, and while cattle can be compensated for, human lives are irreplaceable.

Good read! Thank you for sharing

A huge opportunity for MET!!

Any Outfitters putting a proposal together???
Last edited: Nov 17, 2017

I forgot, to be equal opportunity. All those wanting to "save" the Lions then here is your chance! Put the money up and buy a reserve and create a place for them and a feeding program. Put up or shut up!
You must log in or register to reply here.