The Geographical Distribution of Roosevelt Sable in East Africa

Background
Wildlife conservation, support to protected areas and community-based management of natural resources has been a priority in Tanzanian-German development cooperation since 1987. Monitoring of wildlife populations and trends has been a part of these programs. In order to assess the conservation value of the Selous and Saadani Game Reserves and the surrounding buffer zones, the taxonomic status of the local sable population was regarded as important. The Wildlife Division and Deutsche Gesellschaft fuer Technische Zusammenarbeit (GTZ), the German bilateral development agency, therefore contracted the Berlin based çš„nstitute for Zoo Biology and Wildlife Research (IZW) to conduct a respective study. The scientists responsible for the study were Prof. R.R. Hofmannn, Prof. C. Pitra and Dr. D. Lieck- feldt.

Due to the generous support of Dr. R. Kock (Veterinary Unit of Kenya Wildlife Service) it was possible for the first time to collect tissue samples of nominate Hippotragus niger roosevelti for analysis in the Shimba Hills Nature Reserve in Kenya. For comparison, samples were also collected from the sable antelopes of the Selous and Saadani Game Reserves, Western and Southern Tanzania and Northern Mozambique.

Research Results
DNA analysis and comparison of the different samples col- lected proved that the sable antelopes living between the following border lines can all be regarded as belonging to the subspecies roosevelti:

Within these boundaries no evidence of hybridization with the Western and Southern sable types could be found. This means that roosevelti is an isolated and genetically clearly identifiable subspecies.

The subspecies has been exterminated in some parts of its former range, e.g. in South-Eastern Kenya except Shimba Hills (approx. 100 - 200 animals).

The analysis of further samples from Northern Mozambique will reveal whether these sable are indeed all of the Southern type, as our present knowledge indicates. Further analysis of samples from the western buffer zone of the Selous (including the Kilombero valley) might indicate that these sable are still roosevelti and the western distribution might not be limited by the Selous boundary, but more around 50 to 100 km west along the escarpment to the central highlands. It is also possible that the two subspecies have interbred there. But for any practical purpose this is rather insignificant.

We estimate the total number of sable in this area as between 7,000 and 12,000, at least half of which live outside the Selous Game Reserve. The subspecies is not endangered in Tanzania and can be hunted on a sustainable basis. It is protected by law with the exception of sable hunted by tourists in official hunting blocks and on the basis of a quota given by the Wildlife Division. There is no resident hunting for sable. 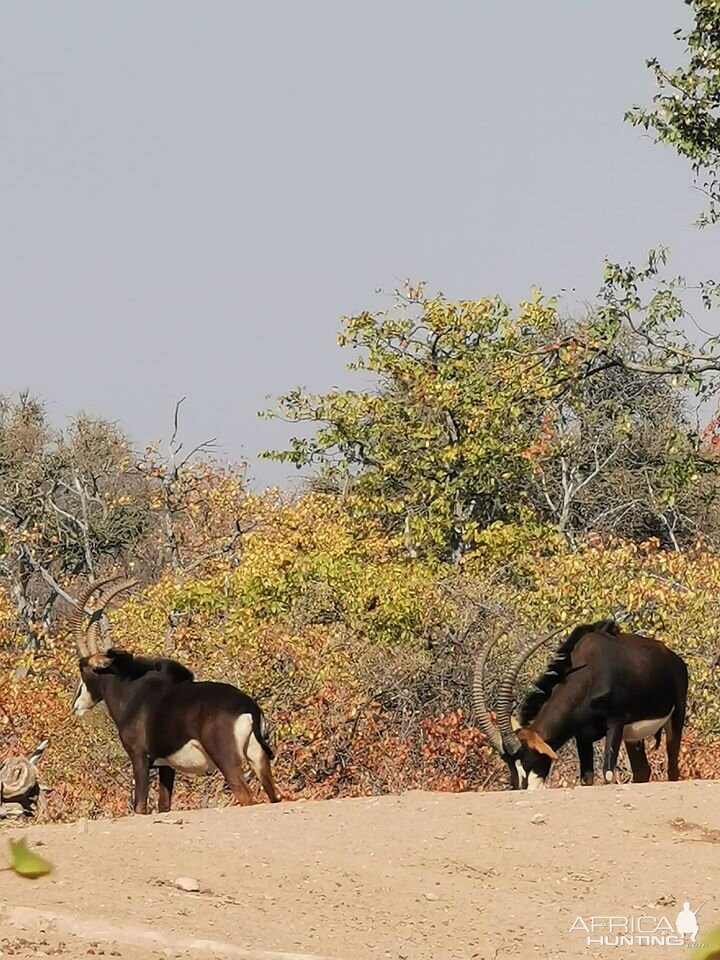 Is it just facial markings that distinguish it from regular Sable?
You must log in or register to reply here.

Results & Conclusions Of The Selous Conservation

The Royal Sable From 2002 To The Present

History of the CIC Markhor Award