Ducmarc,
Muzzle rise is why two of my rifles have been Magnaported and another ships out tomorrow.
The one going tomorrow is my Miroku made Winchester 1895 TD chambered in .405 WCF and it can be a bit brisk to shoot with 300 and 400 grain bullets. That is it leaning against the dead buff in my Avatar.

In my experience, I can accurately operate the lever action faster than my bolt action rifles AND it has a magazine capacity of 4 cartridges, allowing me to begin the fun with 5 loaded cartridges in the rifle.
With the Magnaport done, this will be possible without losing sight of my target after firing a shot.
Without boring details, I can say that this continuous sight of target has turned out to be very helpful, especially if there are multiple possible targets. It is also fun to see the running Bison fall to the shot rather than just see it on the ground after the shot.
CRS, NRA Patron Member, DRSS, DWWC, TSRA, Whittington Center,
Android Ballistics App athttp://www.xplat.net/

ducmarc said:
I read theses stories of charging animals having never been in that situation.seems except for the ph the follow up shot is useless muzzle rise must at least a foot on my double or my rigby.so if u panick and make a poor shot on the first one what's the chances of the second. practice makes a second shot productive.i never drop my rifle to reload if u do that ur done.thats where the double is a plus.i practice magazine dumps on all my rifles and never drop the rifle to chamber a round.
Click to expand...

I was hunting some grouse yesterday with my old German double, set up exactly the same as my double 470.

When the grouse take off, a quick second shot is there instantly. I can tell you that had I been using my slickest bolt action there is no way in hell I would be able to get a second shot once the ruffies take flight.

First shot is most important anyways. 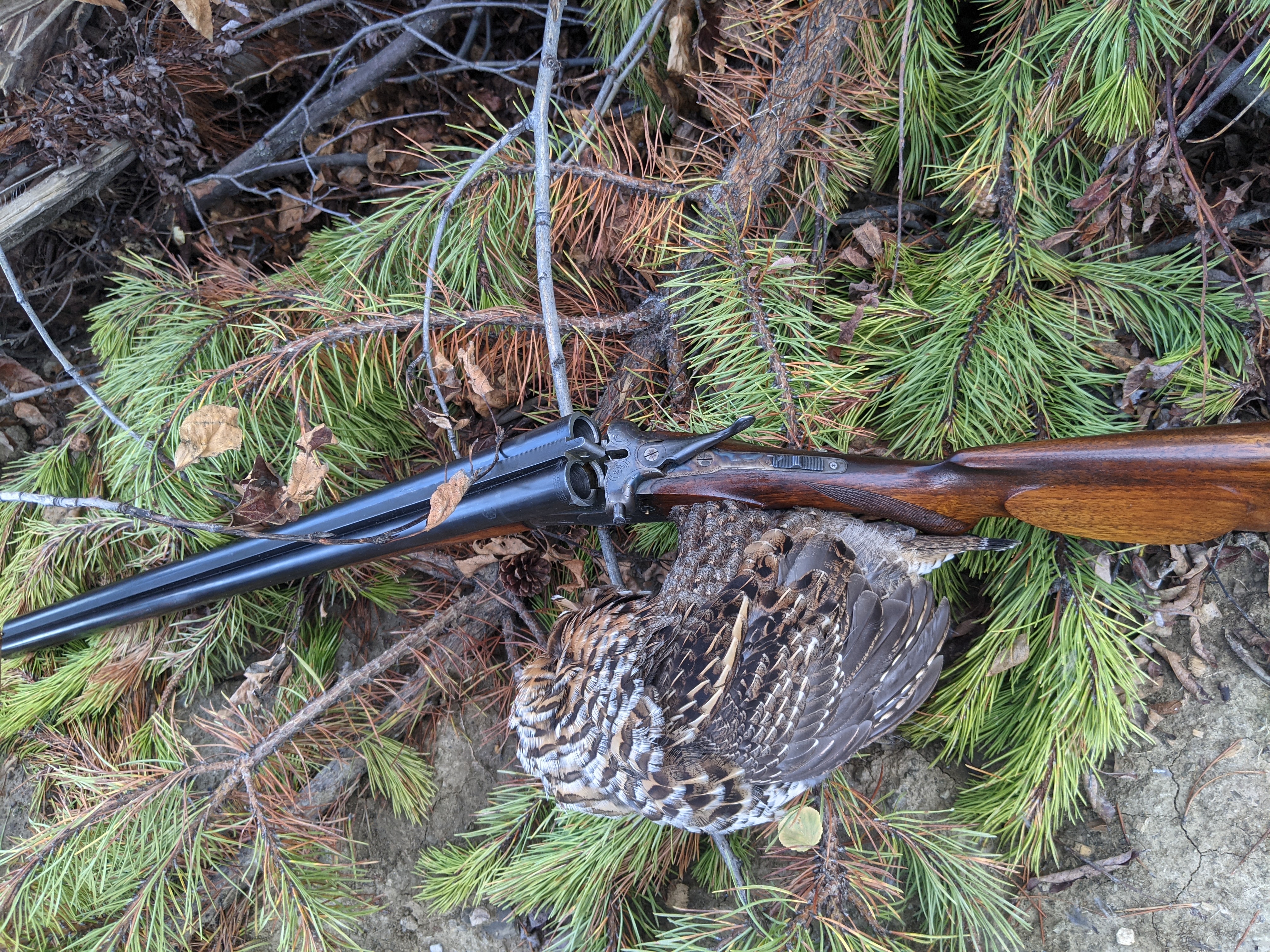 machinistbutler said:
I was hunting some grouse yesterday with my old German double, set up exactly the same as my double 470.

When the grouse take off, a quick second shot is there instantly. I can tell you that had I been using my slickest bolt action there is no way in hell I would be able to get a second shot once the ruffies take flight.

First shot is most important anyways.

Ah, the Greener crossbolt! That is a beautiful gun MB.
Carruthers

Both are very close to my 470, as well as a very cool Husqvarna with a very similar set up.

Paid a few hundred each for them, I think the 58 was closer to 500 but makes for an inexpensive way for me to practice with a gun very similar to my double rifle.

Used bolt actions my whole life and the double rifle is a new game. Bloody fun though!! These old double shotguns are a blast to use.

I have seen two video clips on 'This Is Africa' and another on ,Hinting Africa' I think it was called where a buffalo buff took off at the first shot and hardly made 20 metres before it fell to the second. Not to mention J Alain Smith's buff that caused all the ruckus. Then on the Heym Field Notes there are several other instances of either buff or elephant being pinned by the second very fast followup shot from a double.I am sure there are many more instances of the same out there.
I wonder if a bolt action could have achieved any of these, I don't have the answer, but we have the case where a hunter using a Blaser R8 got in an insurance shot before his elephant even hit the ground. It was brained by the first shot anyway and nobody said where the second shot hit, but it was fast.
The point is, regardless of whether a bolt action or an R8, a hand had to leave the rifle, work an action, get back to the rifle, get back on aim before sending the second round. There is a lot more than just speed in that equation. In a double just one finger moves 15mm, job done.
Carruthers

Last July a PH at CMS had to shoot TWO elephants back to back in self defense after his client shot a tuskless cow. The second one was at 6 yards or so from what I was told. With a bolt action rifle I think things could have gone South.
You must log in or register to reply here.

K
The Cartridge Which Is Loved By Some, Loathed By Many, But Known By All
9 10 11