The Costs of Protection By Douglas Wise 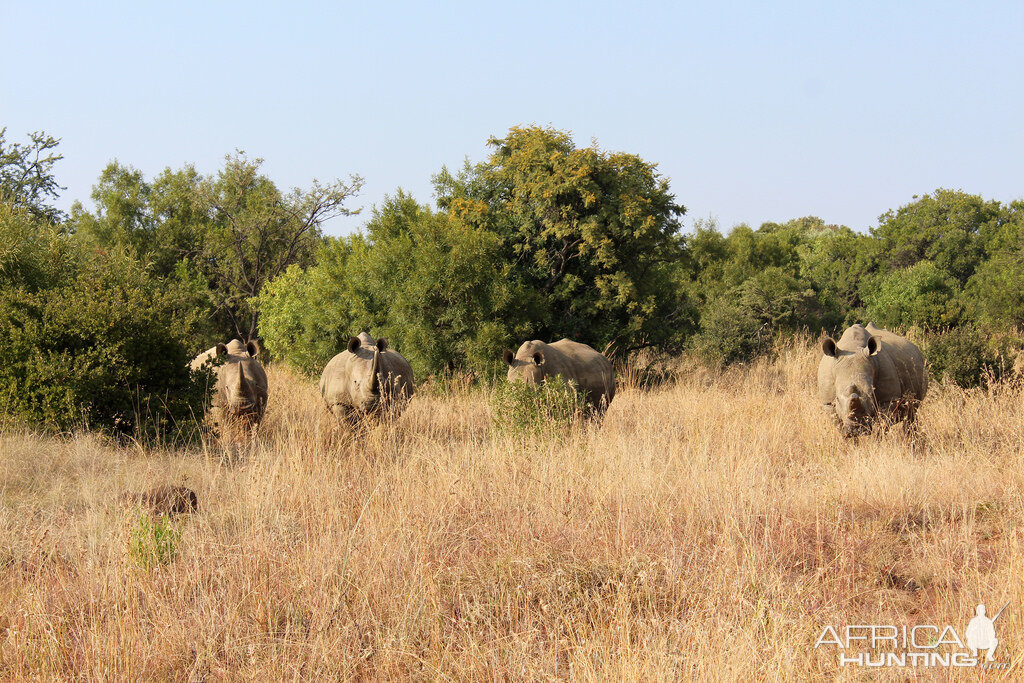 It is difficult to arrive at a mean financial figure that would be necessary adequately to protect areas that are designated as protected. Costs will be related to potential financial value of the products being protected. Thus, where rhinoceros are present, costs will be maximal. This is reflected by the fact that game rangers in Kenya typically earn US$2/day in protected areas where rhino are absent and US$5/day where they are present.

Clearly, in rhino-free areas, were the illegal trade in ivory to be suppressed by current efforts to reduce demand, costs of reducing supply might be expected to fall. By the same token, were rural inhabitants contiguous to protected areas to see financial benefits from the wildlife within the protected areas that were greater than those from illegal bush meat acquisition, protection costs might also lessen.

However, it must be accepted that, where civil wars or disturbances take place, all protection measures are likely to fail. There has been some research that, unsurprisingly, has found that efficacy of protection rises with game ranger density. A figure of 3/100 sq km was deemed adequate in rhino-free areas.

It must be accepted that successful wildlife protection incurs costs and that current expenditure allocated for the purpose is generally inadequate. However, wildlife also generates financial benefits. Thus, effective conservation management demands a thorough understanding of cost/benefit analysis.

Many first world aficionados of African wildlife seem reluctant to accept that the moral imperatives that they demand for “preservationist” policies are not widely shared by Africa’s indigenous inhabitants. It is true that the former provide funding to an array of charitable NGOs set up to protect African wildlife and, in addition, exert political pressure on their own governments to provide yet further funding.

However, the funding stream so generated appears to be contingent upon a predominantly “protectionist” model of conservation. Clearly, this tends to rule out potentially large income streams that might otherwise be spent on managing wildlife habitats.

This might not be a problem if this first world funding were adequate to match and continue into the future to match that which could be achieved by alternative “non-protectionist” strategies. It is by no means certain that this is the case.

However, even if it were, it would seem that imposition of “preservationist” conservation could reasonably be deemed to be “eco-imperialist” and resented by African citizens who may perceive that their wildlife is accorded greater status than they are themselves.

There is a further corollary of the “protectionist” model which is specific to elephants. Although it is generally not understood, a refusal to cull will lead to the necessity for ever growing areas of elephant range to accommodate increasing numbers at non-damaging densities. The alternative to the “preservationist” model of conservation is the “sustainable use” model in which animals “pay their way”.

Clearly, the latter approach is very severely constrained by international trade bans on those products that have the greatest value – namely ivory and rhino horn. Strict interpretation of the “preservationist” model results in the income streams generated by wildlife coming exclusively from non-consumptive tourism, foreign aid and what can be spared by range state governments.

If one accepts that these are currently inadequate to provide proper wildlife protection, one’s hope for improvement has to rely on falling protection costs resulting from suppression of demand for elephant and rhino products. It has yet to be demonstrated that attempts at suppression will be successful.

A less absolutist model of “preservationist” conservation might allow the generation of extra income streams from trophy hunting and game ranching. However, it must be appreciated that trophy hunting of elephants will be constrained by the inability of foreign hunters to return to their home countries with their trophies and that profits from game ranching for meat will be restricted unless predators are controlled.

A full “sustainable use” model requires a lifting of the CITES ban on international trade in elephant products and rhino horn.

There are essentially two separate and unrelated strands of argument that are deployed against “sustainable use”. The first, pragmatic, posits that legal trade would act as a cloak behind which illegal trade could continue to flourish and that legal trade alone would never be sufficient to satisfy a demand that might even be continuing to grow.

However, in the case of rhino horn, the claim that supply could never match demand is untenable. It has been well demonstrated that rhino horn can be humanely removed on a regular basis from living animals and, also, that extensive farming of them has the potential to generate much more income than subsistence farming.

This would provide new opportunities to those occupying buffer zones surrounding protected areas and would have the consequence of making them more hostile to poaching. However, this doesn’t address the issue of cloaking/facilitating illegal trade in non- participating states or areas. The situation with respect to elephants is somewhat less clear-cut.

There is value both in ivory, hides and meat. The illegal trade is generally unable to exploit the value of hides and meat, but a legal trade could. It has been calculated that some 30000 elephants are being poached annually and that this is resulting in an annual decline of the continental elephant population of 8%.

However, were protection measures to be totally successful in the areas surveyed in the 18 states covered by the GEC and were these to become optimally stocked, elephant numbers would be in the region of 669 000.

However, to avoid consequent overstocking and habitat damage, it would become necessary to cull some 5%/annum, approximately 33000 animals and roughly equivalent in number to the current illegal take. It may be true that legally culled elephants might yield less weight of ivory than that obtained by poachers (certainly if one culled family groups and some bulls to ensure that the process could be conducted in such a way as to minimise stress to survivors and maintain correct population dynamics).

Nevertheless, one might expect to obtain around 300 tonnes to which could be added ivory from animals that had died of natural causes. Furthermore, in the absence of poaching, there is a great deal more potential in the future to generate ivory from states not included in the GEC, but which have suitable elephant habitat in their protected areas.

Thus, in theory, control of poaching could, in future, mean that legal sales could meet current demand. Of course, one could not rule out the possibility that future demand might outweigh current. However, given increasing environmental awareness in Asia and the establishment of well-regulated trade channels for sustainable ivory, this would probably not be the case, particularly if a significant proportion of the funds generated by legal trade were poured back into better policing of protected areas, combined with assistance to rural populations.

The second objection deployed against “sustainable use” comes from those who find the killing and profiting from wildlife in a consumptive manner to be morally repugnant. Such people consider that nature should be allowed to take its own course and that man should only be an outside observer, forgetting, perhaps, that we, ourselves, are part of nature and, in fact, the keystone predator of elephants.

They argue both that elephants can self-regulate their populations and that they have such a unique intelligence that culling would be impossible without causing severe distress to survivors. These contentions are worthy of further consideration: It is absolutely true that unculled elephants can reach a population size at which no further population growth will occur.

This is defined as the maximum carrying capacity and is imposed by limitation of nutrients. It is brought about by delayed puberty, longer calving intervals and reduced longevity, accompanied by a continuing state of hunger. It is not a sudden process and population growth will slow well before coming to a full stop. During this period, there will be increasing damage to habitat, which may become irreversible.

Other mammalian species will become adversely affected before the elephants themselves. Elephants typically keep to smallish home ranges and most won’t, if water is available, emigrate to better nutritional areas unless in extremis. The claims that culling is morally repugnant are solely based on the emotional judgements of the claimants. It is correct that poorly conducted culling (as typical in the case of poaching) can lead to demonstrably aberrant behaviour in survivors as well as causing slow deaths for unculled, dependent young.

However, it has also been shown that culling operations can be conducted in a manner that causes no observable abnormal behaviour in survivors. In terms of the totality of suffering, elephant populations are likely to fare better under a regime of well-conducted annual culling than one which permits maximum carrying capacities with consequent occasional population crashes and a continuing state of hunger.

Those ecologists who consider culling to be morally or politically impossible often advocate the development of megaparks (trans-frontier conservation areas/ peace parks) so that, instead of having separated protected areas, one develops corridors between and, in this way, creates a stable metapopulation of elephants (e.g. www.ceru.up.ac.za/downloads/aarde_jackson_2007_megaparks.%20metapopulations.pdf )

Metapopulation theory posits that, at any point in time, the animals in one area will be thriving and those in another will be in decline (sources and sinks) such that, overall, the population will remain stable. When applied to some other species (e.g. insects), the computer-generated model of metapopulation theory have been experimentally verified.

However, to assume, as many do, that megaparks will obviate the need cull and will somehow allow population stabilisation unaccompanied by habitat damage is to misunderstand the theory. The only realistic ways for sinks to develop in elephant populations are through excessive predation (by man) or by starvation-induced population crashes following habitat destruction.

This is not to suggest that wildlife corridors will not be used by some elephants, but this will not generally be necessary for the avoidance of inbreeding, certainly if the protected areas connected by corridors are each capable of carrying around 5 000 elephants at optimum density.

Thus, the only real advantage of providing corridors is to provide access to extra habitat that is suitable, but not currently protected. However, the greater the area of habitat, the greater are the costs of providing adequate protection for it. It should be noted that the above discussion of megaparks and metapopulations is quite separate from that pertaining to seasonal movements of some elephant populations from dry to wet season ranges, which can be harmed if passage between is blocked.

This reads like it was written as the Executive Summary for a PHD's Thesis. The presentations and conclusions are factual. Therefore it will be totally ignored by the animal rights activists. I wish it would not be so.

Good read and thanks for sharing!
You must log in or register to reply here.