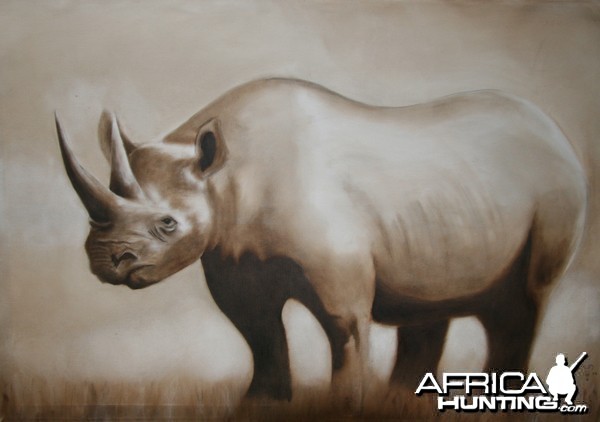 In the last quarter of the 20th Century, a new conservation tool arose from regulated sport hunting. The safari hunting industry began providing new conservation opportunities. Safari hunters were some of the first ecotourists. Their contribution has become world renown through programs such as CAMPFIRE, the Chobe Enclave Conservation Trust, BOP Parks, etc. Tourist safari hunting is the most efficient, effective, self-funding tool to conserve wildlife, promote biodiversity and to provide immediate benefits to rural people in remote areas.

IT PROVIDES IMMEDIATE TANGIBLE BENEFITS TO RURAL PEOPLE
● Is a source of high pay employment providing dignity and self-determination;
● Is a source of basic public services (medicine, bore holes, etc.) where governments can't otherwise provide them;
● Stimulates secondary industries and employment while preserving traditional culture;
● Converts wildlife from a liability to an asset-from being intolerable pests and nuisances to "game animal" status;
● Converts wildlife habitat to a higher revenue producing land use; Promotes bottom up development and human well-being; Is a major source of revenue wherever it exists;
● Has the potential to generate more income for land owners from a given number of wild animals than wildlife cropping, ranching and viewing tourism;
● Provides the highest revenue per tourist of any ecotourism activity;
● Often occurs in remote areas where no other means are available to improve human
well-being and the quality and duration of human life;
● Can occur even where other land uses are impractical or impossible.

IT PROVIDES THE HIGHEST LEVEL CONSERVATION BENEFITS
● Gives animals their highest lawful, positive, economic value in the remote bush;
● Reduces poaching through physical presence, reporting, funding and by creating an atmosphere of local intolerance;
● Creates wildlife and habitat conservation incentives locally and nationally;
● Provides badly needed funding, locally and nationally;
● Stimulates management directed at supporting the population until the age it is of
trophy quality;
● Provides means of having game scouts in remote locations at no cost to governing
authorities;
● Provides a primary rationale for conservation.

IT HAS NO DETRIMENTAL BIOLOGICAL IMPACT
● It is insignificant in animal take, and, therefore, of low risk to the population;
● It is low in habitat disturbance because of the low volume of tourist hunters and their desire for a natural experience;
● It is self-limiting as tourists lost interest automatically when trophy quality decreases;
● To maintain trophy quality, quotas are set far lower than real sustainable yield, resulting in a far greater margin of safety;
● It is focused on a small, select segment of surplus adult males past breeding prime:
Example: In Zimbabwe, only 150 elephants per year are removed from a population of 80,000 animals (0.2 of 1%); there is scientific evidence that removal of the old bulls enhance breeding by allowing a greater number of more vigorous males to participate.
Example: In Mongolia, only 20 argali rams are removed annually from a population of 20,000 individuals (0.1 of 1%);
Example: In Khyrgyzstan, only 16 argali rams are taken annually from a population of 7,500 (0.21 of 1%).
● It is easy to monitor, regulate and to manage adaptively;
● It is a legal activity and positive value for wildlife;
● It occurs where little or no other management and conservation incentive would exist but for it, outside of parks and protected areas.

TOURIST HUNTING IS AN EXCEPTIONAL CONSERVATION TOOL
● It is the principal conservation tool beyond the boarders of protected areas where most wildlife and habitat still exist and the need is greatest (Parks are limited to 5% of habitat);
● It is self-funding and self-sufficient-tourist hunters pay their own way;
● Tourist hunters spend prodigious amounts, by far the highest tourist spending per tourist and per animal;
● Requires no government capital investment or donor agency support;
● It is one of the most highly taxed, licensed and intensively regulated activities in the world because of the revenue it generates and low cost of monitoring due to its low
volume;
● Quotas are set to maintain competitive trophy quality, which is far less than the level of sustainable offtake;
● It is efficient and the most cost effective method of financing conservation; It is a special category of sustainable use that can be put to immediate use.
Last edited by a moderator: Dec 1, 2016
John J. Jackson, III
Conservation Force - A Force For Wildlife Conservation, Wild Places And Our Way Of Life
cf@conservationforce.org
www.conservationforce.org
Donations - We sincerely thank you for your continued support
You must log in or register to reply here.