The Art of Hunting over Hounds

The Art of Hunting over Hounds
by Gavin Lipjes 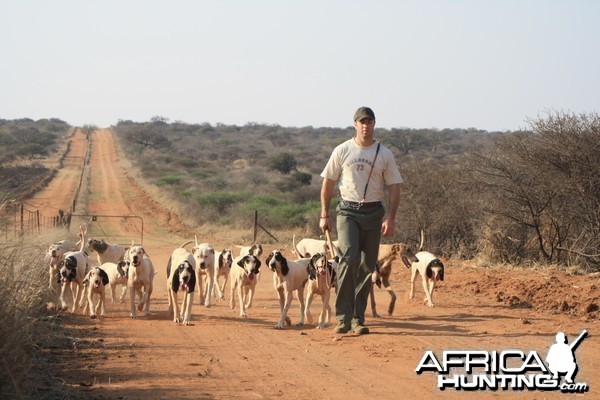 Over the course of time hunting Man has fabricated, and further mastered the utilization of, many tools and aids to improve the regularity of his triumph over a chosen quarry. From stone arrow tips to core bonded projectiles, fragile wooden bows to carbon fibre compounds even elaborate trap falls to the Oneida Victor soft catch traps.

The hunting canine has accompanied man along this course for almost the entire journey, and likewise, has undergone significant change. From the wolf emerged the hunting dog and thereafter followed the broad diversity of modern hunting hounds and dogs.

But what is the difference between a hound and a dog you enquire?

Well it's best to start with the image of a Jackal, Coyote or physically similarly constructed canines. Ears positioned high on the head to function like a radar dish, eyes clear and acute and a sensitive nasal organ in constant employ. This trio of senses is complimented by a powerful bite force capable of tearing flesh from a very much alive animal. The dog moves efficiently through the veld and investigates any promising sound, scent or movement. The pursuit is silent and often stalking techniques are engaged. Of the many species of predator the canines rank high on the list of success rate and their widespread dispersal and abundance are proof of this efficiency. Mastering these canines has benefitted hunting man significantly as this weapon regularly delivered a source of protein. 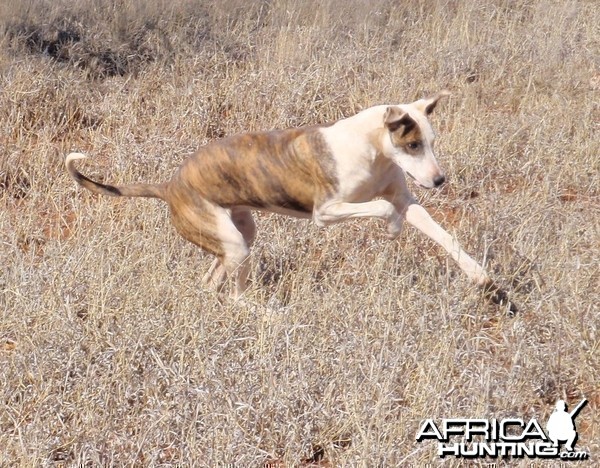 History records a change in Mans hunting motivation toward a practise more aptly described as sport and the consequence for the canine was a program of selective breeding for specific physical and temperamental traits. Dogs were no longer required to acquire the meat but rather to function as a hunting aid and perform a pleasing task. Enter the Hounds, both sight and scent, the possession of which bestowed great esteem on owner's right across the globe from Arabia to Western Europe. The persisting theme of this paper will however only deal with scent hounds.

Great bawling voice, long drooping ears fastened to the head well below eye-line, elongated slender body, deep chest, obsolete bite force, sociable and responsive character and a passion for, actually an addiction to, the pursuit of scent, forms a basic but accurate description of what became the true scent hound. Lymers (leashed hounds) were the preliminary with numerous breeds now found prevalent on every continent of the modern world. 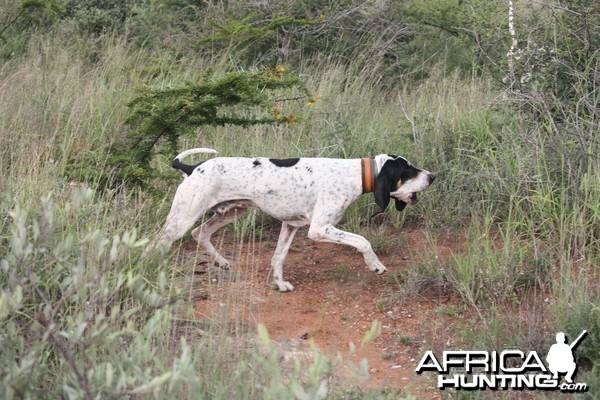 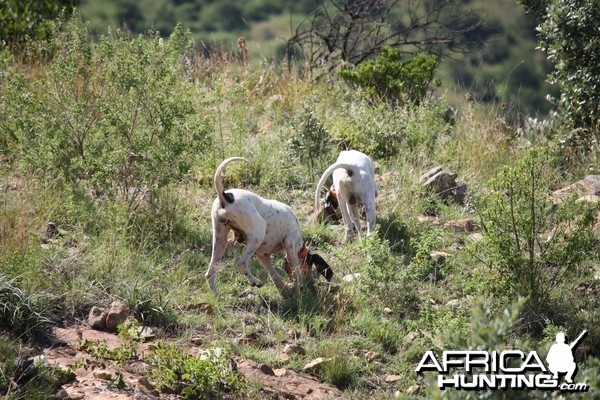 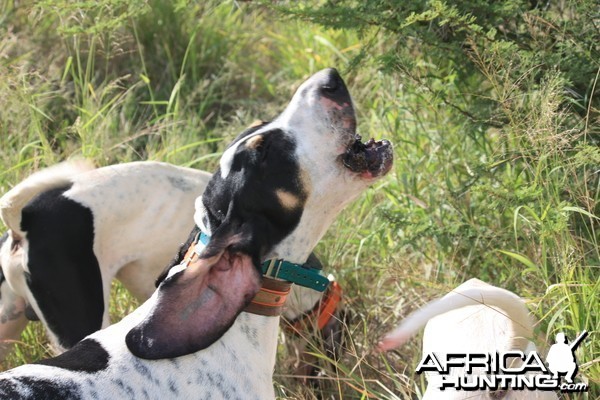 But How? And Why?

As hunting man placed more emphasis on the scent tracking ability of his canine tool so physical traits became more synonymous with individuals proficient in this task. Genetic flags, like your nose is the same as Granddads' or big feet like your Uncle, were indicators that the individual might store the same good scenting abilities as previous descendants. Compounding these genes through processes of line-breeding and in-breeding resulted in a general uniformity and the start of hound breeds. Late 10th Century and a Belgian monk, later to be named the patron Saint of hunting, documented for the first time a breed standard, that of the Saint Huberts Hound or now commonly known as the Bloodhound. The St Hubert, and similar hounds, not only assisted the hunter to target a specific quarry by being unleashed onto a selected spoor, but also enabled him to pursue, on foot or horseback, by following the broadcast from the hounds bawling bark, and the sport of hunting entered some of its finest years in recorded history.

Hound hunting has now found its home in the pursuit of more elusive animals like pigs and cats but not limited to such. Diverse cultures and traditional practises are not as rich in the SA or USA hounding context as can be found in Europe but pioneer communities have always discarded a lot of the lace and embroidery for more practical measures. Traditions are often quite local in our fair land but the appreciation for the hounds ability and character can be experienced countrywide. So too is the general method of indentifying the spoor of the target game and then orderly unleashing the pack onto the alluring scent track. Not every decoupling is successful but for the most part the joy of hearing the hounds hunt is prominent on the hunters' agendas. The hunter performs the killing as has always been practised in this discipline, initially with spear, sword or knife and nowadays the modern high powered firearm, since the start when the hound was fabricated to bay and not physically engage the stationary quarry. Although the hounds might be rewarded with parts of the carcass their enthusiasm for the hunt is to please their master and employ their finely selected genetic drives. Man has selectively moulded the canine, in the form of the hound, so dramatically that it bears only a slight resemblance to its ancient ancestors - what predator advertises his pursuit so vocally to the quarry? This act is a complete demolition of the predator advantage. 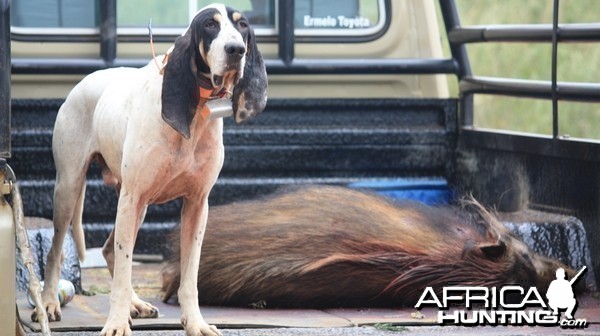 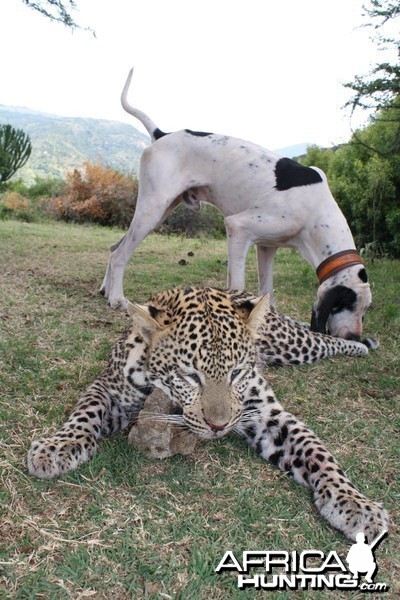 Currently, around the world there are too many scent hound breeds to mention each individually but in France alone 23 Chiens Courants are recorded and standardised. On every continent One can find scent hounds and in the USA alone there are more active hound hunters than the total amount of South African sport hunters. The elaborate large packs of the decadent eras are much less familiar now being replaced by economical, smaller packs, even to the extent that consideration in International hound hunting competitions for the categories of Solo and single Couple is most common.

Hunting is engrained in SA culture for many and the sport is still well practised and on a positive graph with the industry weathering the current economic storm comparatively well. This indicates a sturdy future and the popularity of hound hunting is growing respectively, especially amongst the hunters seeking a really interactive experience.

But friends, PLEASE - Hunting over hounds and hunting with dogs can be defined as the same practice about as much as rugby and ping pong, the latter are both defined as ball sports are they not?
Last edited by a moderator: Dec 1, 2016
You must log in or register to reply here.

G
The Art of Hunting over Hounds