In the mid-1950s, in the wake of the Second World War, hunters began to see supplies of ammunition for the pre-war double rifles drying up, even though the safari business was back in full swing. Winchester saw an opportunity to mate its tested and proven Model 70 bolt-action rifle with a new cartridge, based on a shortened and blown-out .375 H&H case. Driving a 510-grain .458” diameter bullet to a muzzle velocity of 2,150 fps, this formula was no stranger to the big game hunting community.

The 1898 release of the John Rigby-designed .450 Nitro Express – with the large 3 ¼” case – became an industry standard; until, that is, there were a couple of insurrections against The Crown in India and Sudan, after which Britain outlawed all .45 caliber ammunition. There were a large number of subsequent developments – all offering that same basic ballistic formula: a 500-grain slug at 2,150 fps for just over 5,000 ft.-lbs. of muzzle energy. The .470 NE, the .500-465, and the .475s were all developed to suit this purpose.

Taking full advantage of the cost-effective production techniques of the Winchester factory, the .458 Winchester Magnum was designed to mimic the terminal ballistics of those double rifle cartridges, but the early ammunition fell a bit short of the mark. Limited case capacity – due to a 2.500”-long case, combined with a compressed load of powder resulted in some horror stories. Bullets seen rolling along the ground instead of reaching their target, bullets literally bouncing off of elephants, sever pressures caused by bullets being driven rearward into the case due to heavy recoil while resting in the rifle’s magazine; all these came back from the field, and while everything must be taken with a grain of salt, there were definitely issues. Combined with the fact that more often than not the muzzle velocity didn’t quite reach that industry-standard figure of 2,150 fps, the .458 Winchester faced some serious hurdles. Jack Lott had some gripes using the .458 Winchester on safari, resulting in his development of the .458 Lott, using the full 2.850” length of the parent .375 H&H case.

Developments in powder certainly helped right the ship; using a propellant with a grain structure that takes up less of the precious room within the case made for a more reliable, consistent product. In fact, modern .458 Winchester ammunition is very reliable, giving velocities over 2,100 fps, which in truth is enough to get the job done on dangerous game. In my handloads for the .458 Winchester, I look to powders like Hodgdon’s H335 and Norma 201, as the structure will give the best results in this case. Most modern loads are centered around the 500-grain bullets, instead of the 510-grain bullets originally specified, and some of the homogenous metal designs drop the weight down to 465 or 480-grains, to maximize case capacity.

What is it good for? Does the .458 Winchester Magnum make a good all-around hunting rifle? Certainly not, but it does make one hell of a stopping rifle for dangerous game, on any continent. Equally at home in the hands of safari client or Professional Hunter, the .458 Winchester can save your bacon, especially when it comes to the truly huge dangerous game animals like elephant, hippo, Cape buffalo and grizzly bears. Those 500-grain bullets have a Sectional Density of 0.341, perfect for the thick-skinned animals. There are lighter bullets available for lighter game; the 300, 350 and 400 grain bullets can flatten the trajectory a bit should you wish to experiment with your .458 Winchester, but for certain, the 480 and 500-grain bullets are what made the reputation of this cartridge. Woodleigh offers bullets as heavy as 550 grains, and some bullet makers have offered 600-grain slugs.

Soft points – like the Woodleigh Weldcore – are a good choice for thinner skinned beasts, but a good solid (non-expanding) bullet is required for elephant, and a good idea for backup shots on buffalo. Norma offers a 500-grian non-expanding bullet in their Solid line at 2,100 fps. This is perfect for a Professional Hunter who needs to have guaranteed penetration when the shots are measured in feet instead of yards, as well as for clients who are serious about elephant and buffalo hunting.

Is the .458 Winchester an easy cartridge to shoot? In my opinion, not really, but there are certainly harder-kicking cartridges. Among the true stopping rifles, the .458 is much easier than mastering a .505 Gibbs or .500 Jeffery. It does require practice, and with a cartridge of this class I’d highly recommend doing whatever sight-in work you need to do and then getting off the bench. Make sure your rifle fits you well, as this will be a definite factor in perceived recoil. Learn how to shoot your .458 from field positions – off shooting sticks, kneeling, offhand – and you’ll have a safari partner for life.

Winchester’s engineers had definite vision when they created an affordable, effective rifle/cartridge combination, that would serve a sportsman well, and with ammunition companies like Norma offering a premium-grade choice, it has become even better.

The .458 Win Mag is finally able to safely and reliably be what was intended all along. Even so, I much prefer the .458 Lott as it concedes nothing, easily reaching the magic 2,150 fps no matter the bullet or powder (in particular the bullet). Want to shoot 500 grains of mono-metal? No problem. Plus, as you all know, the Lott can make use of .458 Win Mag ammo in a pinch. What more could one want?

Great article and delivers a few truths about this much maligned cartridge.
Personally, I've reaches as high as 2200fps with the 500gr Woodleigh Weldcore PP using AR2206H (H4895) powder.
However the load that I use now is the Woodleigh Weldcore 480gr at a chronographed 2150fps. This load is accurate, consistent and has very little compression.
The .458 is a great round and someone who owns one can have complete confidence in it.

I just purchased my first .458 in anticipation of a 2019 buffalo hunt. However, I would very much enjoy using it with 300 or 350 grain soft points during a few hunts here in the states. Do any of you know of any such factory loaded ammunition being available?
L

Whiskey1 said:
I just purchased my first .458 in anticipation of a 2019 buffalo hunt. However, I would very much enjoy using it with 300 or 350 grain soft points during a few hunts here in the states. Do any of you know of any such factory loaded ammunition being available?
Click to expand... 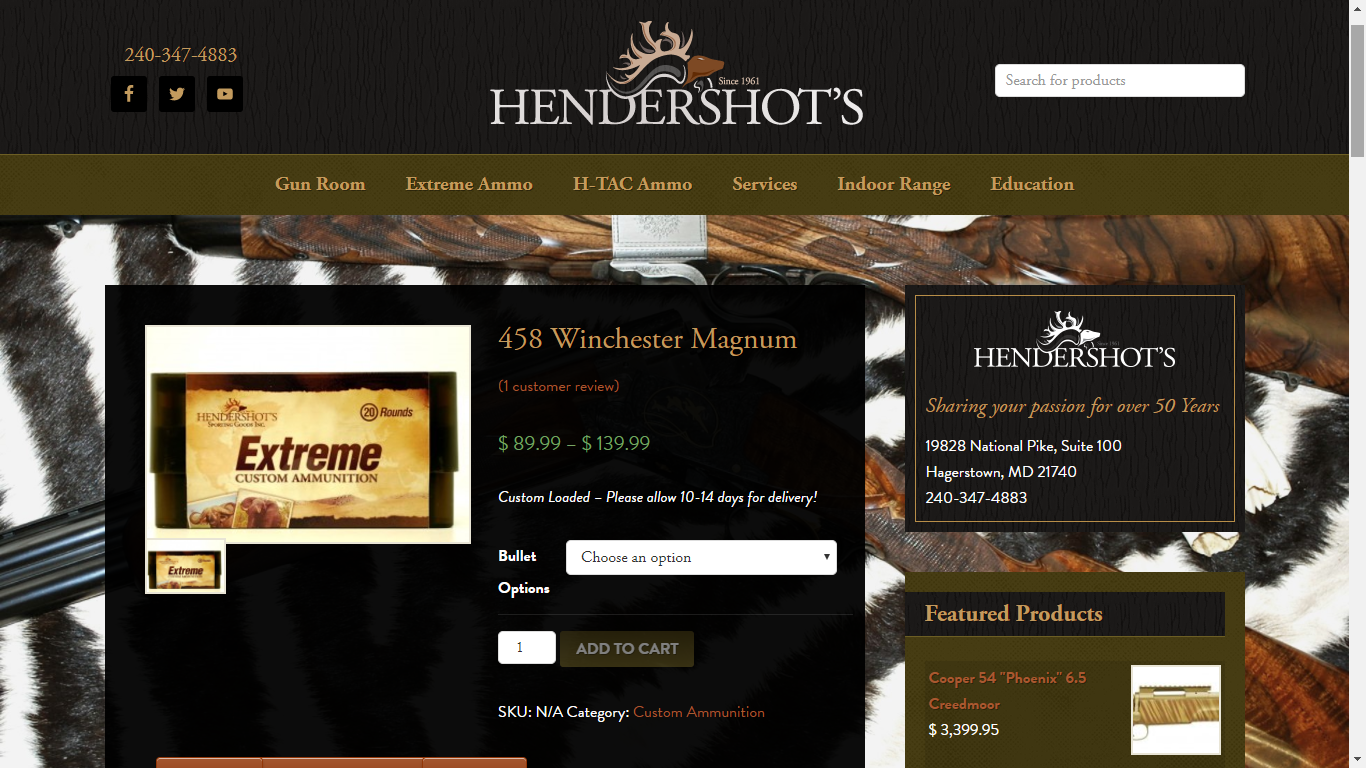 Thanks!
You must log in or register to reply here.