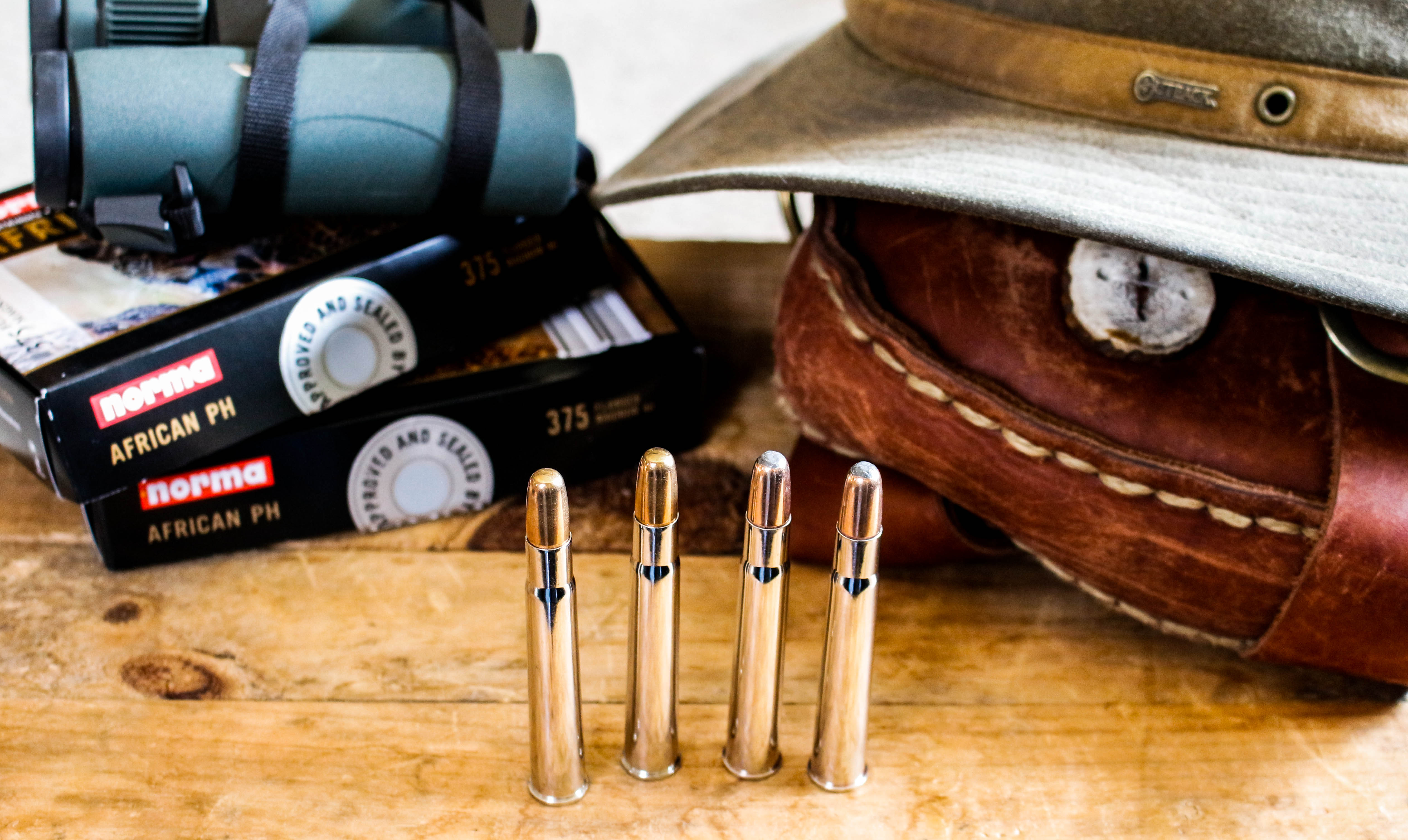 There are but a few times, in the history of cartridge development, where a designer has touched upon true genius. I can name some off the top of my head – the 7x57mm Mauser, the .30-’06 Springfield, the .404 Jeffery – but in my opinion none rivals the .375 Holland & Holland Magnum. That cartridge - irrespective of continent, hemisphere, or latitude – is what I consider the single, most useful cartridge ever invented. Few could come up with any flaws in its design or performance, save that perhaps the velocity was a whisker too high for dangerous game, causing expanding bullets to set up too quickly and for solids to actually over-penetrate. Perhaps that statement held a bit more water in decades past, when we didn’t have the premium bullets we have today, but it is the only actual complaint I’ve ever heard from those who use it on a daily basis.

In this modern-era of firearms, the bolt-action repeater is, undeniably, the most common firearm you’ll see when hunting dangerous game, but that wasn’t always the case. The single-shot rifles and double rifles were, at one point in time, as popular, if not more popular than the bolt guns. While the .375 Holland & Holland Belted Magnum that we all know and love today works absolutely perfectly in a bolt gun, the wizards at Holland & Holland recognized that they needed a rimmed version for use in the double guns and single-loaders that were so popular in 1912. So, the little sibling was introduced: the .375 Holland & Holland Flanged Nitro Express. 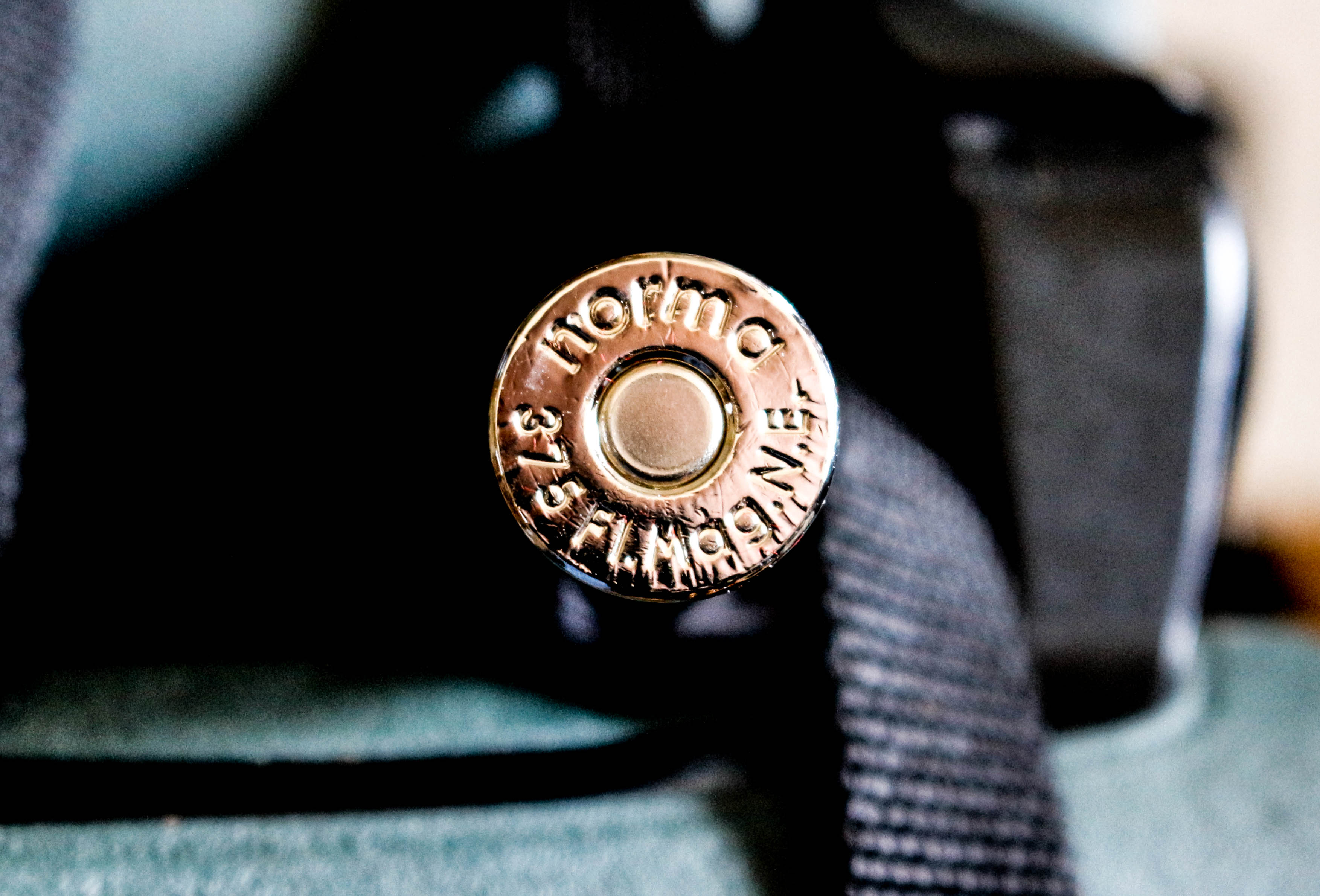 Using case dimensions similar to the now-famous rimless version, the .375 Flanged case is 0.200” longer than the belted version, with virtually the same shoulder angle. The performance of the two cartridges is often considered identical, however the Flanged version runs at a muzzle velocity of 2,400 fps with a 300-grain bullet, while the Belted runs at 2,550 fps with the same projectile. While some wouldn’t consider a difference of 150 fps to be a big deal, I’ve learned that sometimes it can be a huge difference. 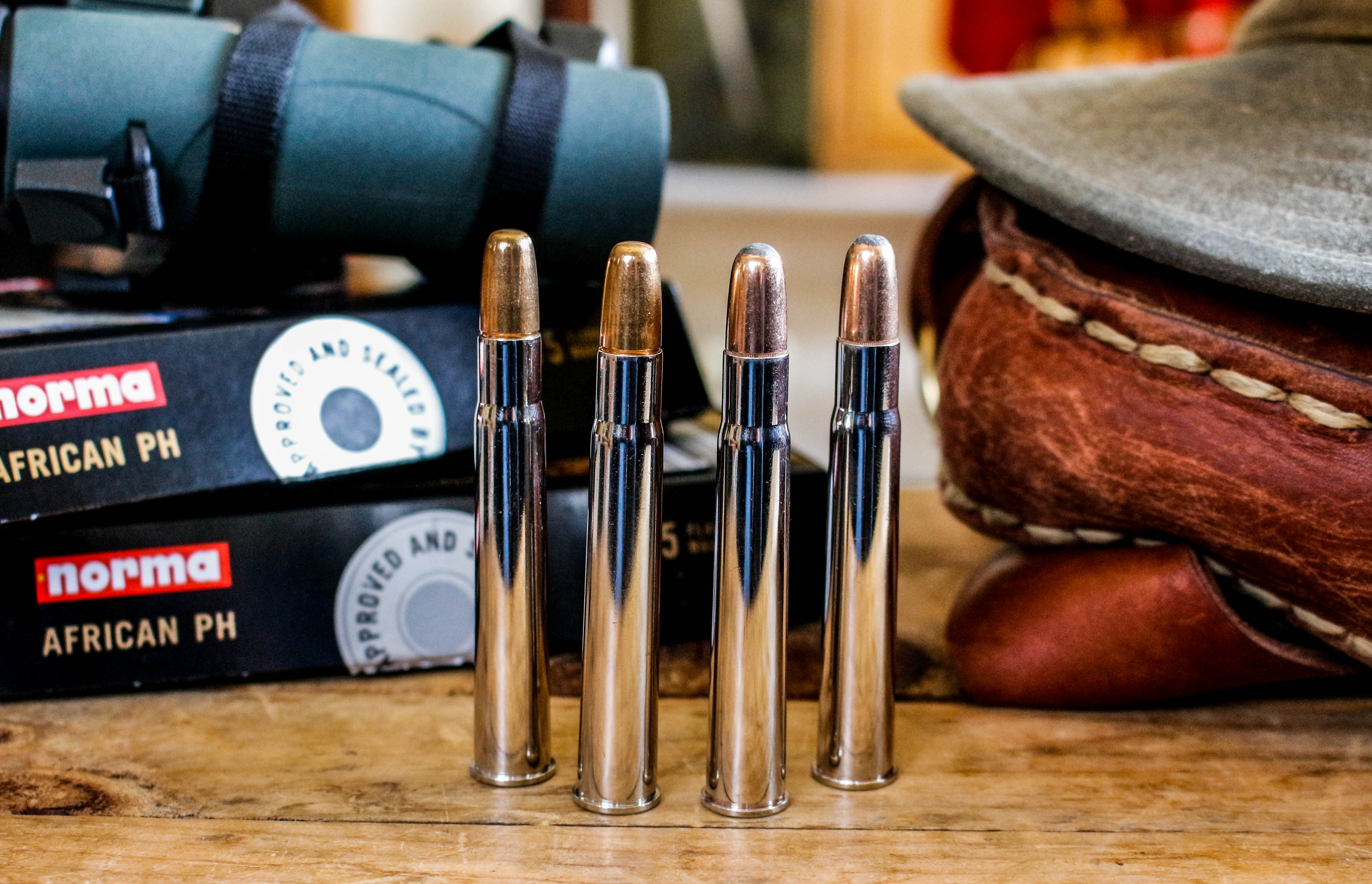 In preparation for my first safari, I read the ink off the pages of Kevin ‘Doctari’ Robertson’s The Perfect Shot, in which he made a very valid point, that struck a chord immediately. He listed the classic safari cartridges - those cartridges which had an impeccable reputation in Africa - and to my disbelieving eyes, I couldn’t find the .375 H&H on the list. Wait, what?!? I’d just purchased a Winchester Model 70 in .375 H&H, specifically for this trip; how could he possibly exclude such a classic cartridge? Was he mad? Dr. Robertson went on to illustrate a great point: all of the other classic cartridges ran at a muzzle velocity of 2,400 fps – what I would find out is a sort of ‘magic’ number – while the .375 H&H Belted Magnum had a muzzle velocity of 2,550 fps. That small, yet consequential, difference showed its face in his numerous experiences with the performance of many of the popular bullets of the late 20th century. Dr. Robertson had great results when he reduced the velocity to 2,400 fps, further extending the effectiveness of the .375 H&H Belted Magnum.

What’s the point of all this? The .375 Flanged already operated at this velocity, and the answer was in front of us all along. Many famous hunter/writers – John ‘Pondoro’ Taylor coming immediately to mind – sang the praises of the .375 Flanged in the single-shots and double rifles, having no issues with bullet breakup or over-penetration, and actually coming to rely on the .375 bore as a totally reliable all-around rifle for their day-to-day encounters with the biggest beasts on our planet, from tiger to lion to buffalo to elephant. 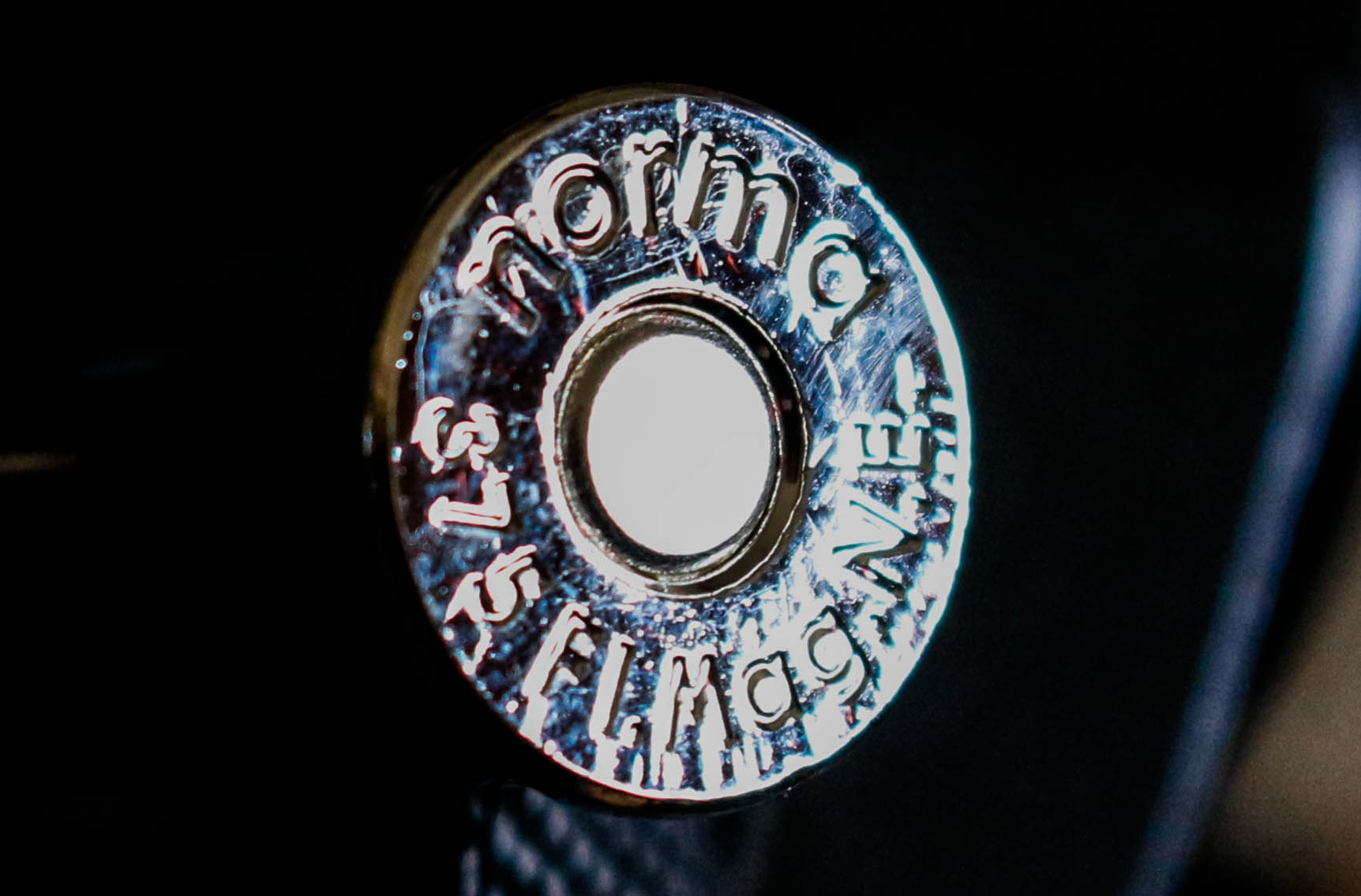 Should you be lucky enough to possess a double rifle in .375 Flanged, or to find a decent specimen available for purchase, Norma’s African PH line of ammunition features exactly what you're looking for. Built around a pair of Woodleigh 300-grain bullets – one a soft-point expanding and one a full metal jacket ‘solid’ – that feature the same nose profile that the Kynoch projectiles of yesteryear had and that were used to regulate the vintage double rifles, the Norma ammo gives a muzzle velocity of 2,400 fps, for just over 3,800 ft.-lbs. of muzzle energy. Producing ammunition for the classic rifles of our forefathers is one of Norma’s fortes, and the .375 Flanged is perfect example of just that. I like the fact that due to the wisdom of the folks at Norma, those old guns have a new lease on life.