Thanks Cecil; 200 lions need to go at Bubye Wildlife conservancy

It is the country where Cecil the lion was killed, sparking international anger against the American dentist who shot him.

The outcry over Walter Palmer's killing of Cecil drove other big-game hunters away from Zimbabwe, fearful they too would attract the opprobrium of the public.

But in what is being described as a side-effect of the affair, Zimbabwe's largest wildlife area says it now finds itself suffering from an overpopulation of lions.

It has warned that its lion population has become unsustainable and that it may even have to cull around 200 as a result of what is being called "the Cecil effect".

Now Bubye is appealing for other institutions or wildlife sanctuaries to take some of its lions.

Conservationists estimate about half of Zimbabwe's wildlife has disappeared since president Robert Mugabe's seizure of white-owned land began in 2000, but Bubye has held on by attracting wealthy hunters whose fees support its wildlife work.

But last year's shooting of Cecil, in a conservancy bordering Hwange National Park, sparked a huge backlash against big-game hunting, and bolstered a US plan to ban trophy hunting imports.

Plummeting oil prices have further led to a drop in the number of visitors from US states such as Texas, from where traditionally large numbers of hunters go to Zimbabwe.

Bubye's lions are decimating populations of antelope, along with other animals such as giraffe, cheetah, leopards and wild dogs, after the driest summer on record kept grasses low and made the small game easy targets.

Blondie Leathem, general manager of Bubye Valley Conservancy, said: "I wish we could give about 200 of our lions away to ease the overpopulation. If anyone knows of a suitable habitat for them where they will not land up in human conflict, or in wildlife areas where they will not be beaten up because of existing prides, please let us know and help us raise the money to move them."

In the Forties, there were thought to be as many as 450,000 lions on Earth, but today they are classed as "vulnerable", with numbers feared as low as 20,000.

Conservationists fear that without a concerted push, particularly in high-risk areas of central and west Africa, their numbers could halve again in the next two decades because of human-animal conflict and reduced habit and food supplies. 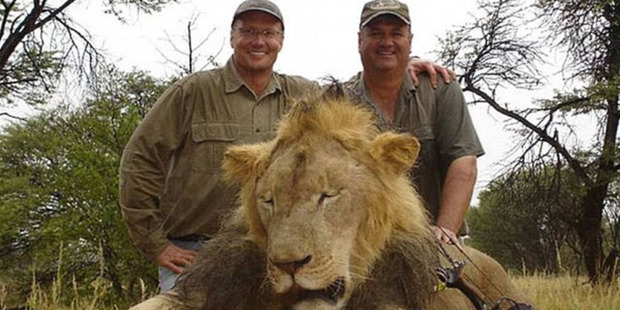 Walter J Palmer Walter Palmer and Cecil the lion that he killed on a hunt in Zimbabwe. Photo / Facebook
Bubye, along with some game parks in neighbouring countries, has been bucking the trend, according to a recent study, with healthy lion populations in "small, fenced, intensively managed, funded reserves". The conservation area was founded 22 years ago by Charles Davy, the rancher father of Chelsy Davy, Prince Harry's former girlfriend. It is now majority-owned by Dubai World, the investment fund of the wealthy emirate's government.

Millions of pounds were spent fencing 2,000 square miles of land previously cleared of wildlife by decades of cattle farming. The fence was then electrified and hundreds of people were hired to protect wildlife imported to the park.

Bubye also supports schools and clinics in several districts and provides meat every month for people nearby.

As well as its lion population, Bubye also has the third-largest community of black rhinos in Africa.

When The Sunday Telegraph visited Bubye in early February a matriarch lioness called Matilda, her sisters and her latest litter of cubs were lazing in the shade under mopane trees.

Matilda - who was fitted with a radio collar by the Oxford University researchers that also collared Cecil - chews through at least 10lb of meat every day.

Peter Kay, director of Lion Aid, a UK-based charity, said contraception should have been introduced at the conservancy years ago. "It's too late now," he said. "There is nowhere in Africa which could take so many lions."

"There are a lot of lions on that [Bubye] conservancy. It would cost hundreds of thousands of dollars for contraception to make any real difference," he said.

Oxford's lion research project in Zimbabwe, which monitored Cecil, said that the Bubye conservancy was "a huge success story" in a region blighted by a lack of governmental help for its struggling wildlife sector.

Mr Leathem insisted he was not a hunter but a conservationist, and had no option but to maintain "sustainable" hunting to safeguard Bubye's future.

200 Lion cull hunts would bring in a boat load of money.

Methinks culling needs to be done in other species as well.
"Every man dies. Not every man really lives". William Wallace

Congratulations to the Bubye. A huge success story for HUNTING conservation.
How could all those Lions have survived in a conservancy that allows hunting?
Proper Conservation Management that uses HUNTING as a Sustainable tool that helps fund the whole conservancy.

So many Lions have survived the onslaught of hunters that they now have to beg the ANTIS to put the excess population into "institutions" or sanctuaries.

I'll bet there are one or two Chinese institutions that would love to process the lions. After forgiving so much Zim debt they may take them in trade.

USFWS should be proud the new policy is ensuring exports to other countries than the US.

Thank you for posting the article. A definite must share! What a dimwitted backwards thinking world we live in. I've been dealing with too many antis lately in my own world. And these people are suppose to be so well educated. I think the following photo is best suited for such knuckle-heads (fighting here to be kind). 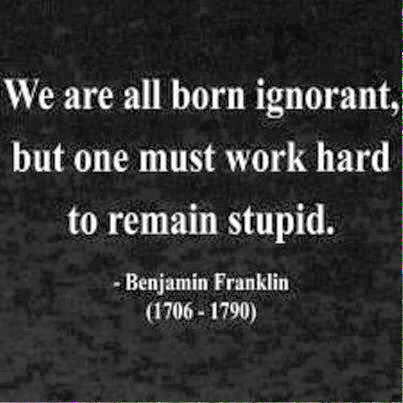 It's another story with some subjective and objective reporting.

Regarding Mr. Blondie Leathem's statement: "I wish we could give about 200 of our lions away to ease the overpopulation. If anyone knows of a suitable habitat for them........". Hmm? How about ole Johnny Rodrigues's (Zimbabwe Conservation Task Force) backyard?
B

If they can get their paperwork together to satisfy the USFWS, there could be some opportunities.

Talk about a missed opportunity...... They canceled the auction/raffle hunt due to anti pressure. Not their finest hour. Think of the money they would have raised to transport the surplus animals.
It'not the years, it's the mileage......(Indiana Jones)

The raffle was actually being offered by an Outfitter not the Conservancy. Just to be clear.
Ultimately, it was anti pressure that stopped the fund raising effort.

stug said:
The outcry over Walter Palmer's killing of Cecil drove other big-game hunters away from Zimbabwe, fearful they too would attract the opprobrium of the public.

But in what is being described as a side-effect of the affair, Zimbabwe's largest wildlife area says it now finds itself suffering from an overpopulation of lions.

It has warned that its lion population has become unsustainable and that it may even have to cull around 200 as a result of what is being called "the Cecil effect".

Now Bubye is appealing for other institutions or wildlife sanctuaries to take some of its lions.
Click to expand...

The more I think about this the more this article annoys me.

The article makes it sound like the Bubye wouldn't have the excess of lions if not for "the Cecil effect." How is this possible in less than a year? Can anyone even confirm a hunt has been cancelled? This shows how well "the hunter effect" has worked, as Brickburn stated earlier.


stug said:
"There are a lot of lions on that [Bubye] conservancy. It would cost hundreds of thousands of dollars for contraception to make any real difference," he said.
Click to expand...

And I don't understand why hundreds of thousands is an issue when "the Cecil effect" raised millions for the lion? It really is ironic when even the hard core save the lion at any and all costs come straight out and say that lion numbers need to be heavily controlled.
HUNTERS make importation bans work!

I am for a group AH hunt.

I understand the outfitter donated the hunt but I believe the funds went to the conservatory. Did I get that wrong?
It'not the years, it's the mileage......(Indiana Jones)

K-man said:
I understand the outfitter donated the hunt but I believe the funds went to the conservatory. Did I get that wrong?
Click to expand...

The Outfitter was proposing to donate the profits. I just wanted to be clear on the detail.

The result of the ANTIS pressure was that the wildlife in the Conservancy got screwed. In the end, they saved nothing. Trophy hunting or a Cull! Blind stupidity chose a Cull for the lions.
It will be a lesson in Carrying capacity for the ignorant.

Actually, the raffle was initiated (and eventually cancelled) by one of the four PH's that hunt the BVC and not the BVC management and/or shareholders. The PH was going to donate the resulting proceeds to an Oxford led research team currently conducting lion research at the BVC. My understanding is that the PH didn't cancel the raffle due to pressure from anti-hunters. He canceled the raffle due to death threats targeting both he and his family. I visited with the PH while attending the DSC and he shared a few of the threatening emails with me. Can't say that I blame him. I would have done the same especially if I was attending the various hunting conventions/expos here in the states while my family was located back in Zimbabwe.
Last edited: Feb 22, 2016

Pressure, death threats.
"Tomato , Tomato! Let's call the whole thing off"
You must log in or register to reply here.