PHOENIX PHIL said:
I don't consider myself an expert by any means. But I bought into the lighter faster argument. I took a lioness a couple years ago with my .458B&M and the 260gr SOCOM bullet from Cutting Edge Bullets. 2900 fps at the muzzle. It was simply devastating. Cat save for a twitch or two of the tail never moved.

So if it were me, I'd use your Lott and load it with something fast and furious.
Click to expand...

Unless I mis read it they do not have a Lott...

IvW said:
Unless I mis read it they do not have a Lott...
Click to expand...

I stand corrected. Should have said .458WM

Von S. said:
460 Weatherby with rounds going fast enough to break the gravatational binding of this planet..
Click to expand...

Which 460 Weatherby is this exactly? The 26 inch barreled one fitted with a "can" on the front? Used for head shot moose at 400+ yards?

If so it would be a real piss poor choice as a rifle to use on a tracking hunt for Lion..

If it was loaded to these earth moving velocities without a can, well even worse...what a poor choice for lion hunting...

How many lions exactly or estimated did you shoot with this shite choice??


Von S. said:
I have killed a few of the great cats as my own murders and a few others as to do what the shooter couldn't do himself.
Click to expand...

How many are the few others what the shooter couldn't do himself? How is it that you did the sorting out? Where you a PH at this time or just happened to be there and sorted the issues out?

Two cattle killing lions shot in Namibia by a farmer with 270. He said it is a little light but it only took two shots. 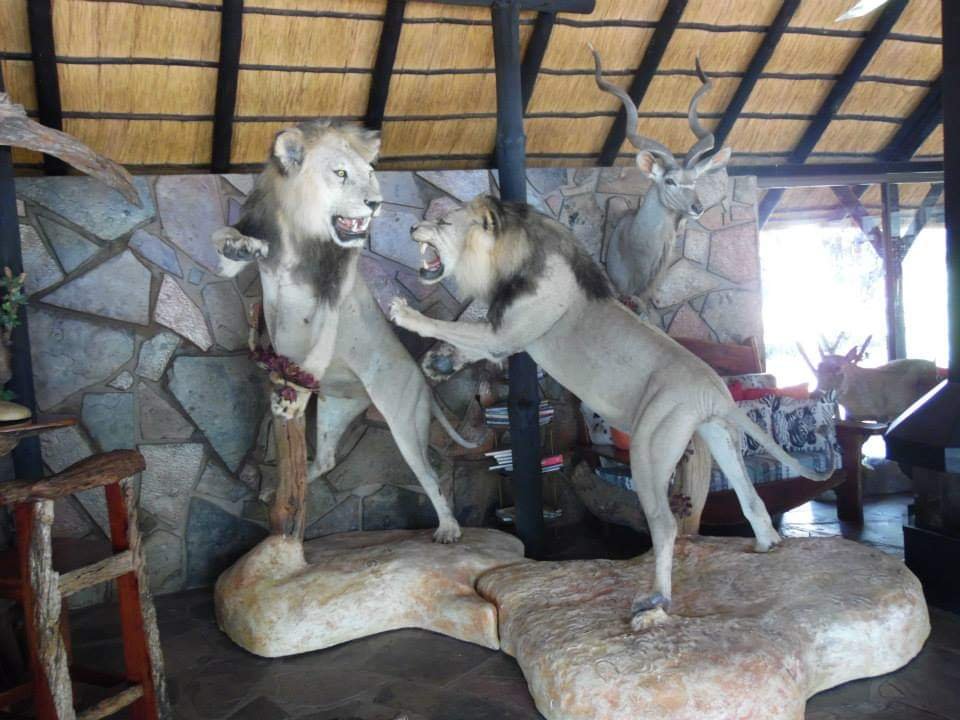 I would load my .470 with 500gr Woodleigh's, they will be more than enough. As long as you use softer type of bullet you should be fine..... You rarely take lion further than 40 yards away... Especially with Tienie!

Hendershots is pretty knowledgeable on the African safari scene and custom ammo. For every ammo they load, they offer a wide selection of bullets in various weights. They also state the recommended uses. 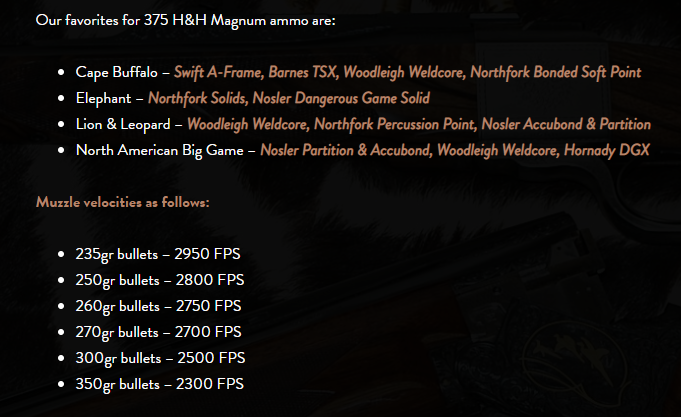 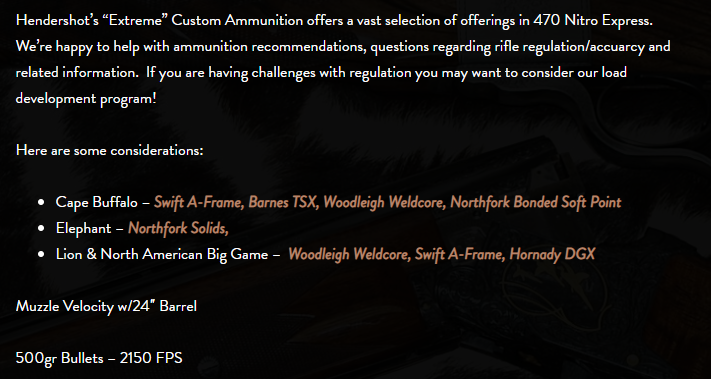 lwaters said:
Two cattle killing lions shot in Namibia by a farmer with 270. He said it is a little light but it only took two shots.View attachment 265226
Click to expand...

There have possibly been more lions killed with either the 7x57 or the 303, than all the .5+ calibers combined.

Not that either would be my first choice.
And here I am, returning to Africa of many faces;.... the sloe-eyed temptress with flowers in her hair who stole my youth and my heart, and left me an old man with a kaleidoscope of conflicting memories of many dashed hopes and some fulfilled dreams. E. Echols

Wheels said:
There have possibly been more lions killed with either the 7x57 or the 303, than all the .5+ calibers combined.

Not that either would be my first choice.
Click to expand...

Eleanor O’Connor took the biggest lion taken by her or her legendary husband with a .30-06. There’s lots that WILL kill a lion but when there’s a good chance that you’re not just the hunter but the hunted as well, I’m stacking the deck a little heavier on my favor.

This is a very interesting subject, as I plan to hunt lioness in July of this year if everything comes together. My hunt will be tracking on foot. Ridgewalker will be there as well, hunting both Lion and Lioness. So all in all, we plan to take 3 lions total. He plans to use a 375 H&H with 235 grain Barnes TSX if I'm not mistaken. I plan to use either a 375 H&H with 270 grain Swifts or a 416 Ruger with 350 grain TSX or Swifts for Lioness. I plan to have a muzzle velocity up around 2600-2700 fps with either set up. I know these loads are probably more than what will be needed for my hunt, but since I'll be there with Ridgewalker while he hunts his male lion, I want to be prepared for anything that may happen. I also plan to hunt Eland and a few other PG, so I should be good for any game on my list.

Jack O'Conner wrote that the 375 was a great soft skin dangerous game rifle and for that it has no rival but for Buffalo and Elephants 40 plus calibers we're better.

JKO Hunting Safaris said:
I would load my .470 with 500gr Woodleigh's, they will be more than enough. As long as you use softer type of bullet you should be fine..... You rarely take lion further than 40 yards away... Especially with Tienie!

You guys will have a good time and no need to over analyze it too much!
Click to expand...

I take it you know Tienie & his wife? Splendid people.
We accidentally met them during a visit to a neighboring farm, and went to see some buffalo being transferred due to the drought during November 2018.
Somehow we ended up with Tienie & Ananja & arrangements just gathered momentum from there!

Wheels said:
There have possibly been more lions killed with either the 7x57 or the 303, than all the .5+ calibers combined.

Not that either would be my first choice.
Click to expand...

Add the 8x57 JS and I know you are correct.
"We sleep soundly in our beds because rough men stand ready in the night to visit violence on those who would do us harm" American Novelist - W. Churchill

Good luck with your hunt.

With your hunt basically a little over 2 months away and you still aren't set for the killing to come you are sitting it short.
Click to expand...

yes, the time frame is not ideal, though I have put over 200 rounds through the 470 in the past few weeks, I'm confident in that aspect where to place the bullet & get them on target. exactly why I'd prefer to hunt with the .470 over anything else.
Fortunately we have the little private "range" right in our own back yard, load development & practice can be done as often as we like, weather permitting though. Currently raining & I don't reload when the humidity & moisture is this high.
The .404 is a little gem, she spits everything she's fed right on target, I really don't have qualms with using her as a back-up should I need to, especially at short ranges.

Unfortunately, with the current weather situation, I'll have to buy some factory .404 Norma loaded with Woodleigh softs as back-up since we don't have Woodleigh softs or Swift A frame for reloads (only Peregrine & Hornady for practice) my gripe is, factory ammunition is quite expensive in SA at $506 / 50 rounds! But we will zero with the factory ammunition closer to the time & use that for the hunt.
The .470 I still have a few hand loaded practice rounds + Hornady DGX I can keep in tune with, A frames I have a full box I can reload for the hunt, there is just no way I'm willing to pay $674 for 50 factory rounds! will load my own with the Swift A frames, they do group very well in my rifle.

And here's the report!

We drove in to the hunting area of Warthog Safari's early the Thursday morning & had just started scanning for spoor along the dirt track.
I was still pondering about the amount + massive Hyena & buffalo spoor all over , when we heard the vervet monkeys going nuts with alarm calls & snickering not too far in to the brush.

We decided to investigate.
Heading into the brush towards the monkeys about 50M in we spotted the lioness where she was curiously observing us. Her eyes giving her away against the green background of the dense bush ! She snuck off and hid behind a smallish brush with only her eyes & ears visible, the monkeys mocking & performing relentlessly from the opposite end.

Our guide started getting excited urging My dad to get ready. He took up position but she didn't offer a clear shot, he moved a little to the left, when the lioness decided she had enough & snuck off again , angling away further to our left.
For a quick second there was a clearing exposing her vitals as she crept forward & the old man let the .458WM bark! sending a 480grn Peregrine zipping through the shoulder.
She jumped forward letting out a single growl but hardly made 5M before going down for good.
That's it...first morning & the Lioness hunt was over without much of a ceremony.

During the skinning & preparation process, I like to inspect the bullet path & also see the anatomy of the animal.
I can truthfully state, the Peregrine bullets made for some decent Entrance & Exit holes. I fitted my whole thumb into the entrance hole with ease, the exit hole was double that
The lungs were completely destroyed, reduced to a bloody pulp. I was surprised to see a relative small organ volume, heart, liver lungs, stomach & intestines with exception to the surprisingly large kidneys in relation to the animal size, though the animal was immensely fat!

I had a thorough look at the claws & found some long frizzed black hair stuck in the sheaths & was intrigued by it, secretly thinking its from a tiff with one of the big boys she couldn't stand, wandering & hoping I would bump into him later. 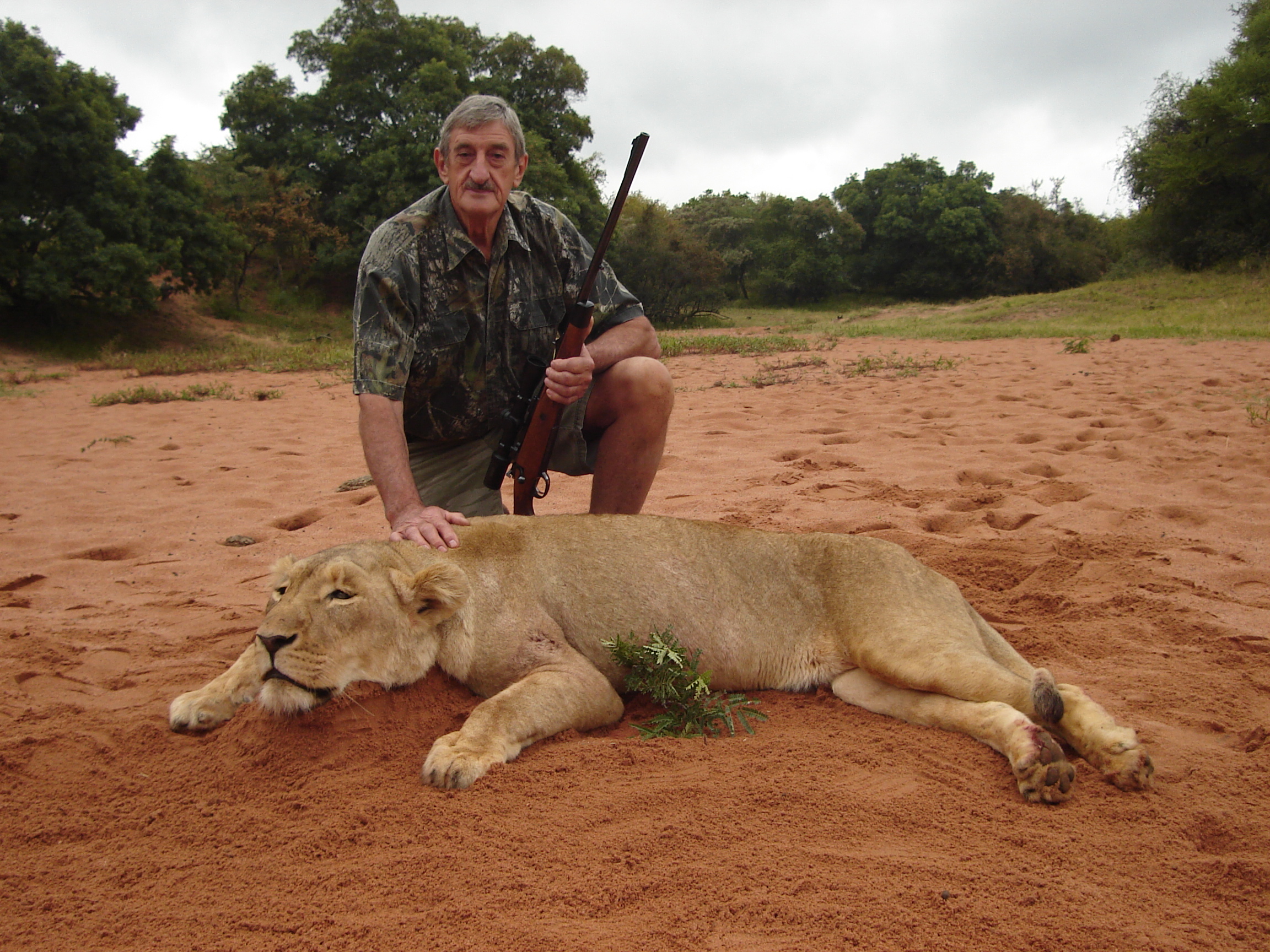 Jaws! Don’t keep us waiting too long! Please!
Africa on my mind.

Looking forward to the rest of the report.
You must log in or register to reply here.

What Bullets and Gun to shoot Tiny Ten with?
2