[Some of you here may know this area and its people/traditions..]

Pretorius was in trouble, and he knew it. Ever the adventurer he knew that he would run into difficulties sooner or later. And not just a mechanical breakdown or getting lost or some such mundane trouble. Which was just as well. For his course of action at that point could have had wide ramifications and even dire consequences, not only for himself, but for an entire villiage.

Vendaland lies in the north-eastern corner of South Africa, hemmed by the majestic Limpopo river to the north, and the Kruger National Park and the Soutpansberg mountain range to the east and west. It is one of the few pristine places left in Southern Africa. The BaVenda had settled in the area almost eight centuries before. Their culture survives to this day, uninflected by the many influences that have shaped the sub-continent. Their ancestral lineage goes back beyond the kingdom of Mapungubwe, back into the mists of time. And remarkably they have retained their cultural heritage, which makes Venda the land of myth and superstition. And that is exactly what Pretorius found irresistible . 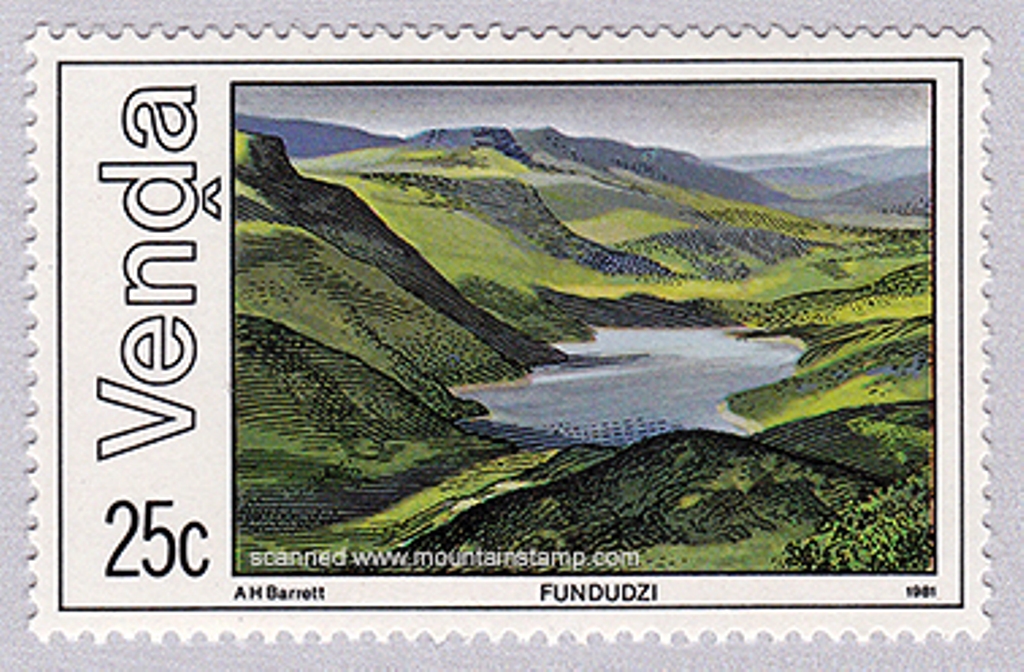 If you believe in co-incidence you will off course have a rational explanation for the events that I am about to describe. But if you are an African you will know the truth. And a shiver will run down your spine.

Pretorius was exploring in the Thate Vando forest, hoping to come close to the mystical Lake Fundudzi, which is shrouded in secrecy. As always he was in his 1958 Jeep, bundu-bashing. The forest is punctuated by many massive indigenous trees, including Jakkalsbessie and Yellow wood. In this forest a select number of woodcarvers are granted permission to responsibly harvest some of these trees, which serves not only as a source of income for the remotest people, but also as a perpetuation of the Venda culture. And it was just such a woodcarver that Pretorius encountered that day, deep in the Thate Vando. A sudden shower came down and he invited the old man into the Jeep where the soft top gave a semblance of protection against the driving rain. The woodcarver identified himself as one Patrick, resident in a secluded but nearby village. He had come to collect a few boughs from which he would carve some walking sticks. But Patrick was a troubled man.

confided that he needed money for the funeral of his second wife, who had been taken by a crocodile in a pool adjacent to their village. But she was not the only victim. Before her a child had been taken, and quite a number of livestock and dogs. The village was being terrorized by an evil spirit that had taken residence in the crocodile! Patrick begged him to find and destroy the crocodile, and so destroy the evil spirit.

Now Pretorius knew that the Bavenda have a very special relationship with crocodiles. Some of their most fundamental beliefs centre on the existence of a huge white crocodile in Lake Fundudzi, an animal that they respect for its knowledge and cunning. And in order to obtain and preserve the powers of the white crocodile the Chiefs swallow a piece of white quartz which is retrieved from their bodies once they pass on, and which is then swallowed by the successive chiefs.

It was therefore unthinkable that the village could take action against the crocodile that was terrorizing their village. Yet the village could not bear the predations of the monster, that surely must have become possessed by an evil spirit. They had a problem.

Out of respect and as a courtesy Pretorius took the old man and his wood as far as the Jeep could go, and then helped him carry his burden to the village. His appearance caused quite a stir, and not only because the villagers seldom saw white folk. He soon learned from the elders that his appearance, with Patrick still in mourning, was regarded as an omen. Surely the ancestors had sent this white man to rid them of the evil that lurked in the water. Surely if the white man killed the monster, the special relationship that the Bavenda had with the great white crocodile in Fundudzi would not be compromised. 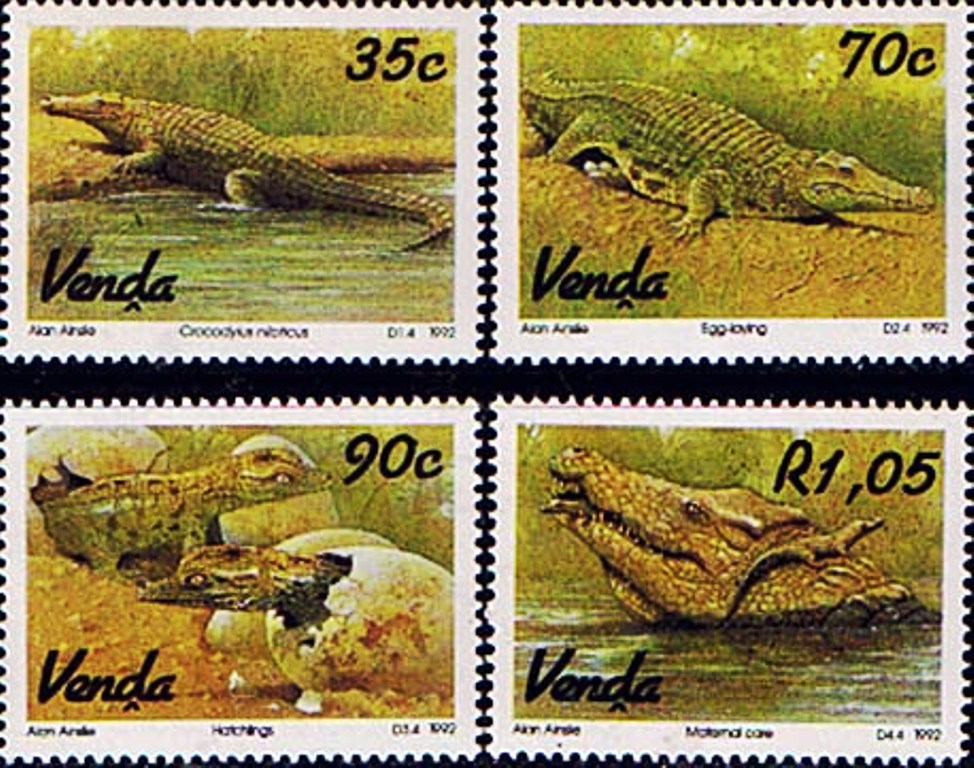 But Pretorius also had a problem. As an experienced hunter he would love nothing more than to hunt down the menace. But shooting a crocodile in the Thata Vando would most certainly have dire implications. The village elders had sympathy for his problem but were not letting up on the opportunity that providence had provided.

After a lengthy imbizo it was decided that he would manufacture an instrument of death, properly ordained with magical trinkets and deliver such to them within a certain number of days. The elders would obtain the assistance of the local medicine man who would anoint and prepare a number of men and boys who would use the instrument of death to despatch the monster.

And for fourteen days the women folk would make the Dumba speak. They would pulse outward the incantation to the ancestors to bless the enterprise, and they would thank the spirit of the Great One in Fundudzi for sending the white man to protect them from the evil spirit that was threatening their very way of life. That was threatening the White Crocodile itself, and the power and knowledge vested in the white rock that the chiefs carried in their intestines, and passed from one to the next.

Pretorius delivered the spear of destiny as agreed upon and on time. And the villagers staked out the pool and tied a goat and a dog as bait for the crocodile. And it came, as they had expected it would. And they killed it, just as planned. And after seven days Pretorius collected the spear and destroyed it comprehensively. And the remnants he disposed of very far from the villiage. Just as he had promised. And he never went back to the village again.

As he had promised.

Over the course of the next two years he received from Patrick twenty four traditional walking sticks, carved to perfection by the master carver himself. And Patrick took pains to educate him concerning their symbolic value.

They collectively represent the core of the Bavenda lore.

They started off with the Great Drum of Thoyo- yan- Ndou, the son of Shiriyadenga, their first king at D’zata. They encompassed the many drums, fish and elephant held sacred by the people. Crocodiles and pythons. And they ended with the Hand of Friendship. 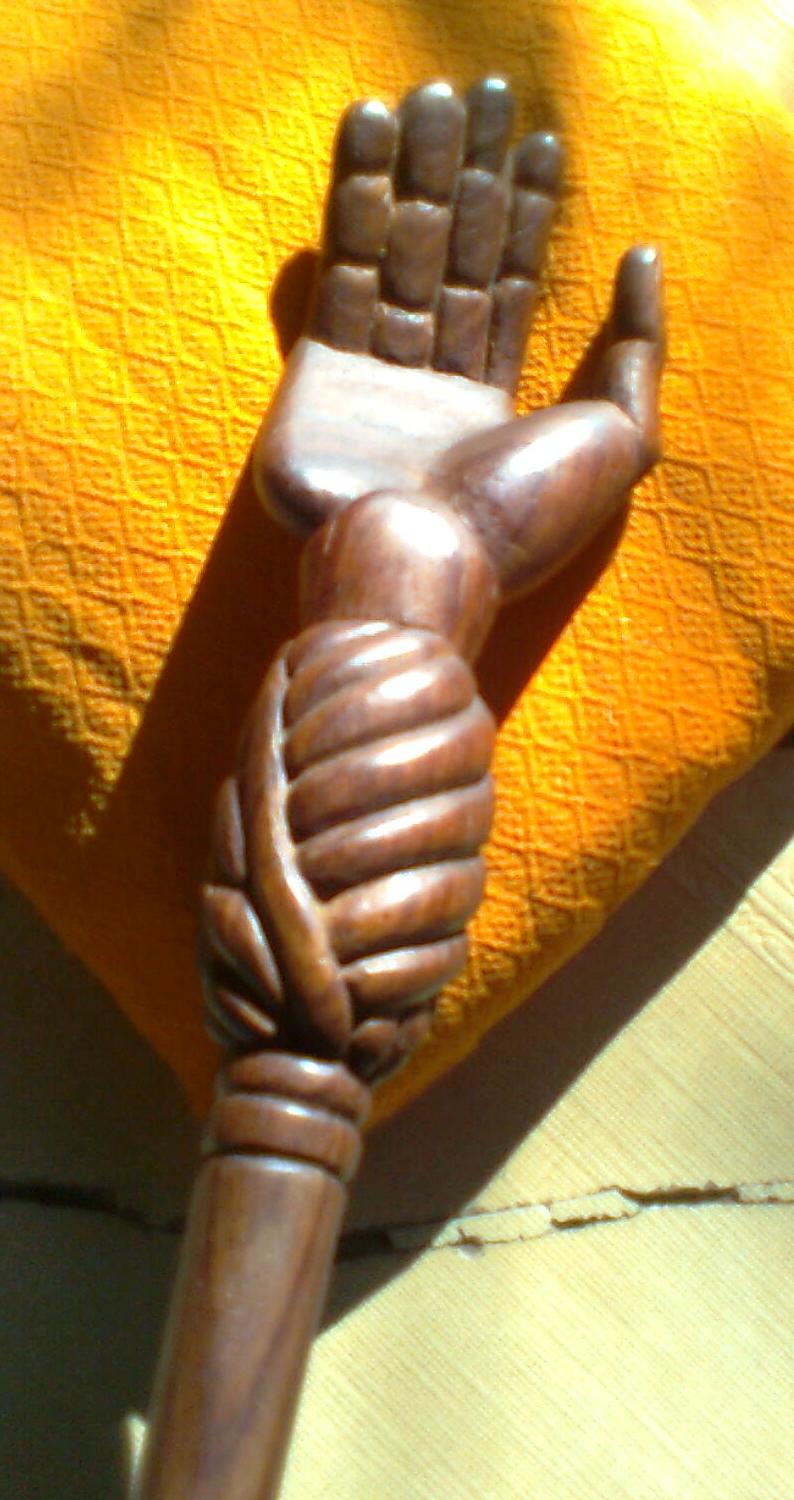 A truly unique collection, which can never be duplicated. And which is seldom seen by anyone, except the few.

After his last delivery Patrick vanished. And by and by Pretorius came to understand that Patrick’s gifts were far more than expressions of heartfelt gratitude. That for the elders and the people of the village the process was rites of passage. That for them he was no longer a white man that had walked into their village. For them he had become a co-custodian of their culture.

A validation of their bond with the Great One.

And over time Pretorius’s dreams changed. Often he dreamed of being alone in the Thate Vando. At the crack of dawn. And he dreamed of the mist slithering through trees and rocks, covering the entire forest like an army of huge pythons.

Spiraling from the great Lake. Bringing fertility to land and beast and humans.

Validating the blessings of the Great One. 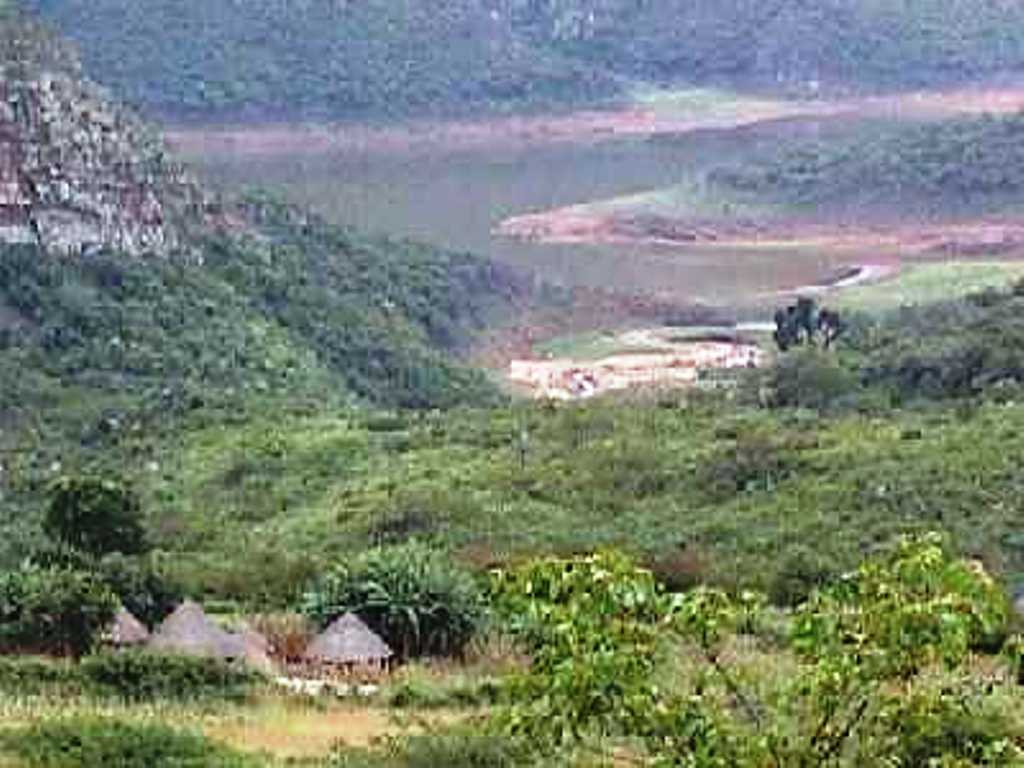 Incredible thanks my father use to be great friends with Gabriel Ramatswana we stayed with him many times in Sibasa while I was growing up...
The fertility, the beauty and the people left a blue print in my life..... Something that I would grow to miss later on....

I remember my old man receiving a customary wife in a massive ceremony in the 80's.... Could you imagine that!

It's Africa but my Africa.
My best and thanks. 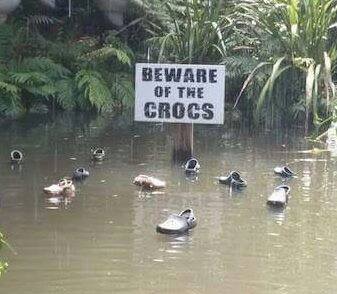 Aah Jaco, what a beautiful place!
A country full of myth, mystery and legends...
I was there from 1981-89 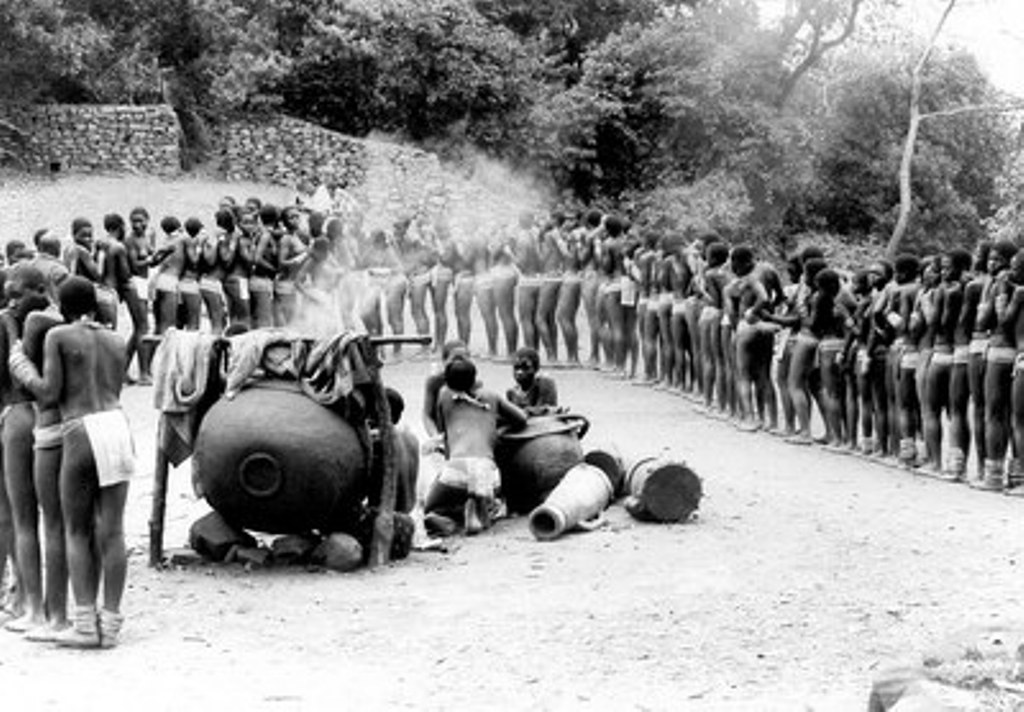 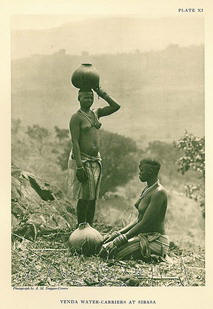 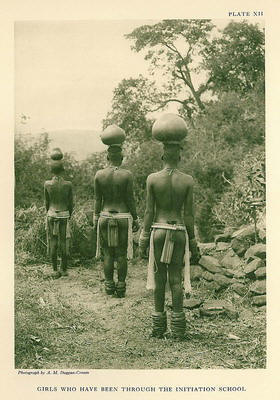 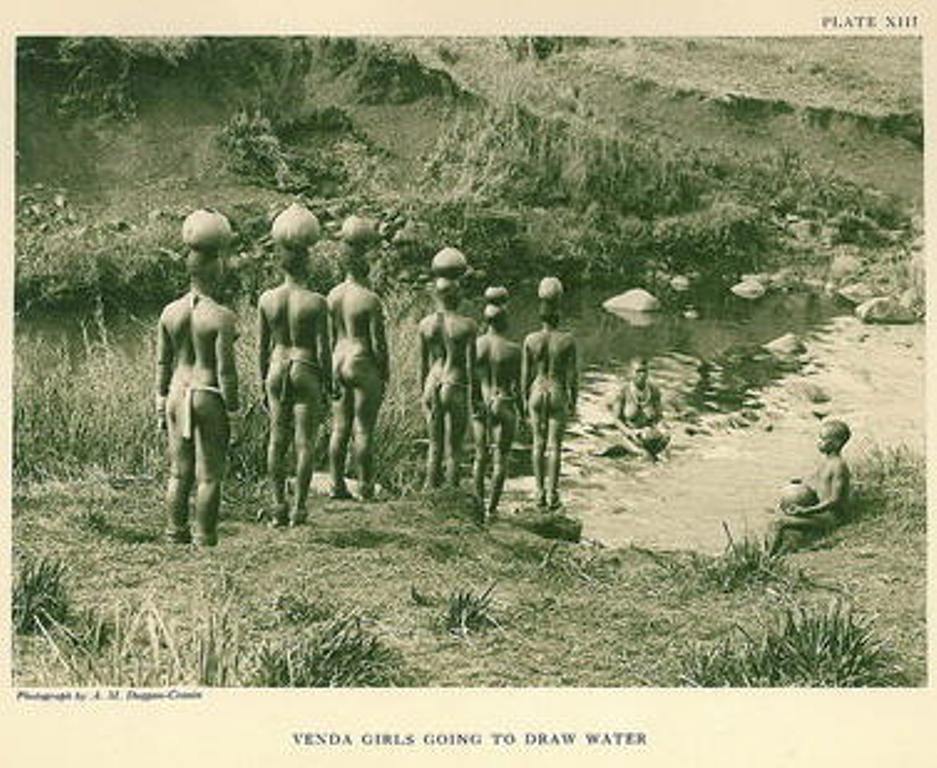 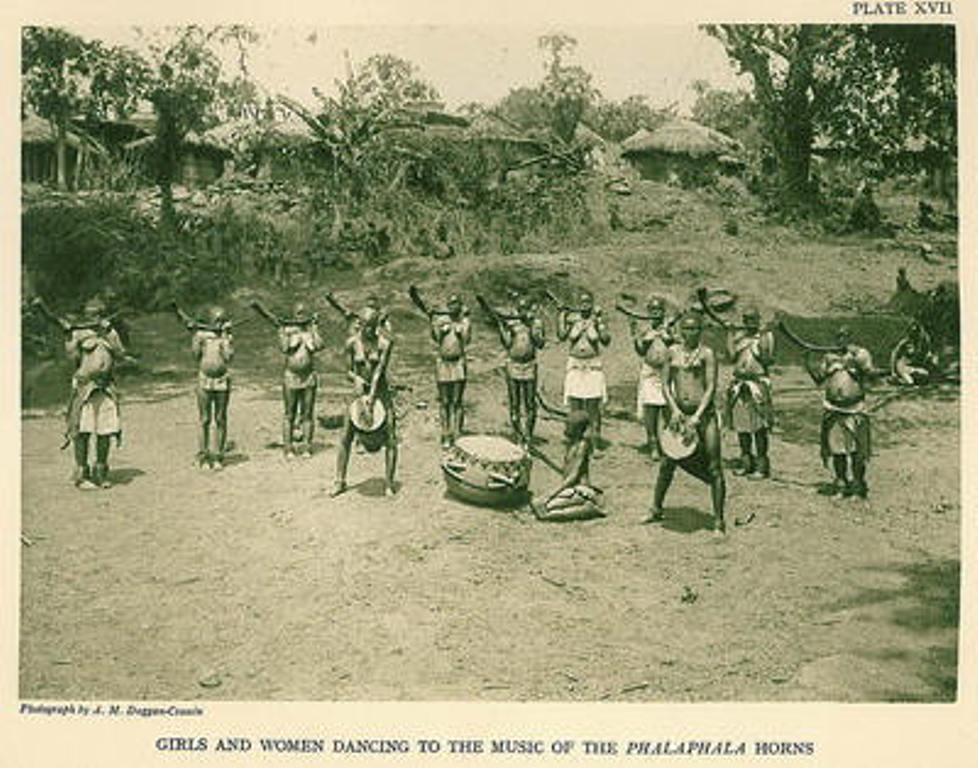 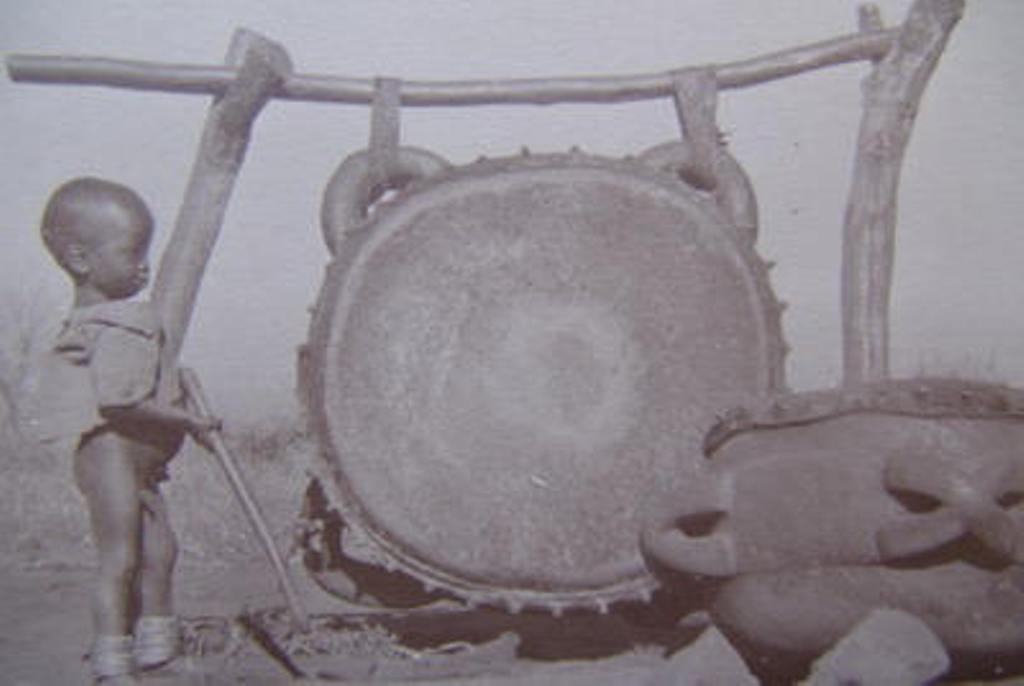 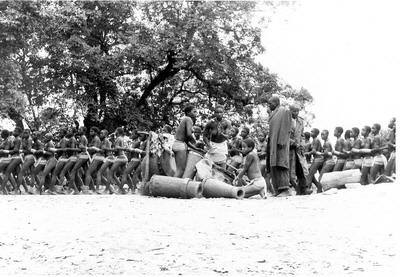 Thank you Willem, for this insight of Africa

observe said:
Aah Jaco, what a beautiful place!
A country full of myth, mystery and legends...
I was there from 1981-89

Hi this is very interesting stuff, I am currently researching the area for a report I am working on. Would you be able to message me for I can talk to you about your experiences in the 80s?

alltssve said:
Hi this is very interesting stuff, I am currently researching the area for a report I am working on. Would you be able to message me for I can talk to you about your experiences in the 80s?
Click to expand...

I can't find you on the group?
Willem Pretorius--Kingdom of Bahrain
A

Which group? are you able to message me directly?

No direct message to you seems available to me...
Willem Pretorius--Kingdom of Bahrain
You must log in or register to reply here.