Very well written. Clear and concise. Being retired military, I recognize and appreciate the style of writing. Reads just like a briefing or After Action Report. You had an amazing safari for a first time shot ( no pun intended). Now that you are hooked, when is your next one due?

Newboomer said:
Very well written. Clear and concise. Being retired military, I recognize and appreciate the style of writing. Reads just like a briefing or After Action Report. You had an amazing safari for a first time shot ( no pun intended). Now that you are hooked, when is your next one due?
Click to expand...

It really was a good safari all around. I would like to go back in a few years when my sons are old enough to hunt some animals of their own. I have a list of animals I would like to chase down as well, including a Cape Buffalo and the Springbok that eluded me on this trip.

In the meantime, I have my sights set on a trip to Romania. My dad's wife is from Romania, and he splits his time between there and the US. They've got several types of deer there, the Chamois, and I think a boar hunt would be a lot of fun. I also have never hunted here in America and I think I ought to at least try for Whitetail, elk, and Pronghorn. Maybe even a Mule Deer.

One "trophy" I was excited to hunt down recently is this carved hippo. We had one very similar to it in our lodge at Motshwere, and I became enamored with it. I tried very hard to locate a similar one without luck for several months after our safari, and recently I finally located one as part of an estate sale. It now resides on my desk where I can watch it for most of the day and daydream about going back to Africa. 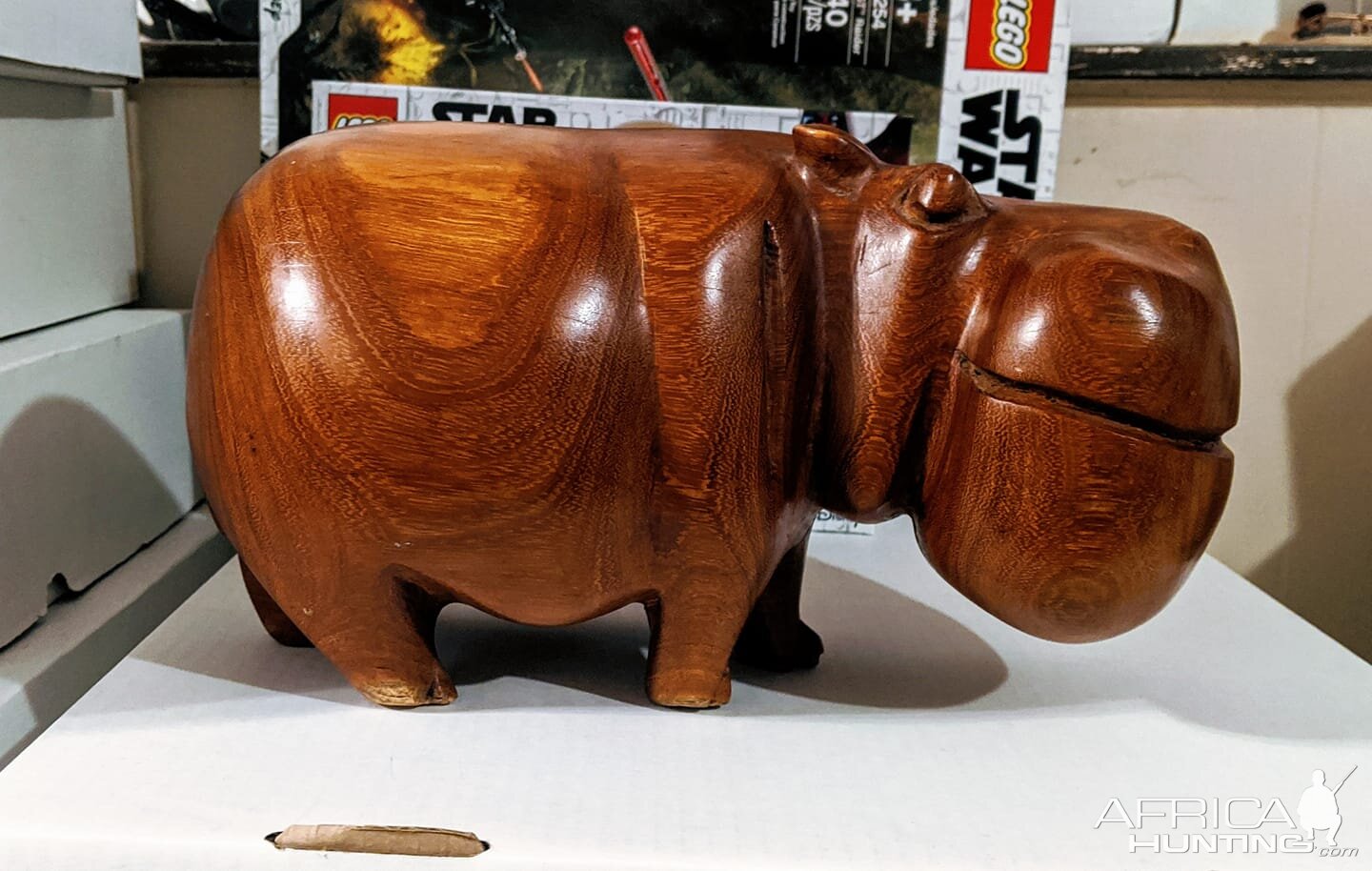 Our lodge in South Africa had a wonderful chubby hippo carving in it. After we got home, I tried...

We just received word that our trophies have arrived in San Francisco after a lengthy delay due to the pandemic shutdown. It's been 12-1/2 months since we returned home from the safari. Hopefully they will be processed quickly there and then on to the taxidermist!

I got the first mount back from the taxidermist today, my Impala. 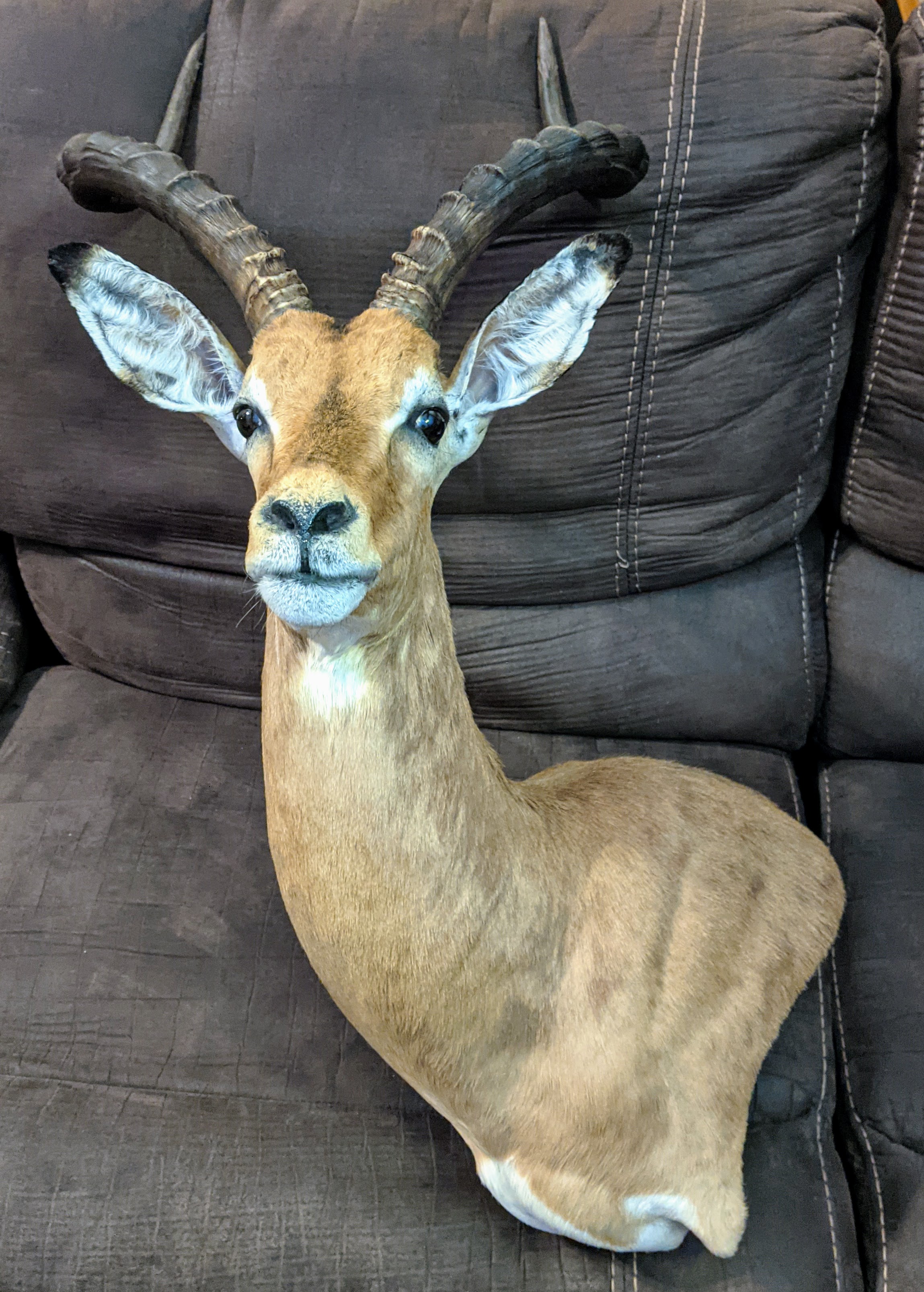 I think it looks pretty good. The dogs are wondering why I let an animal with such tasty-looking horns sit on the couch. 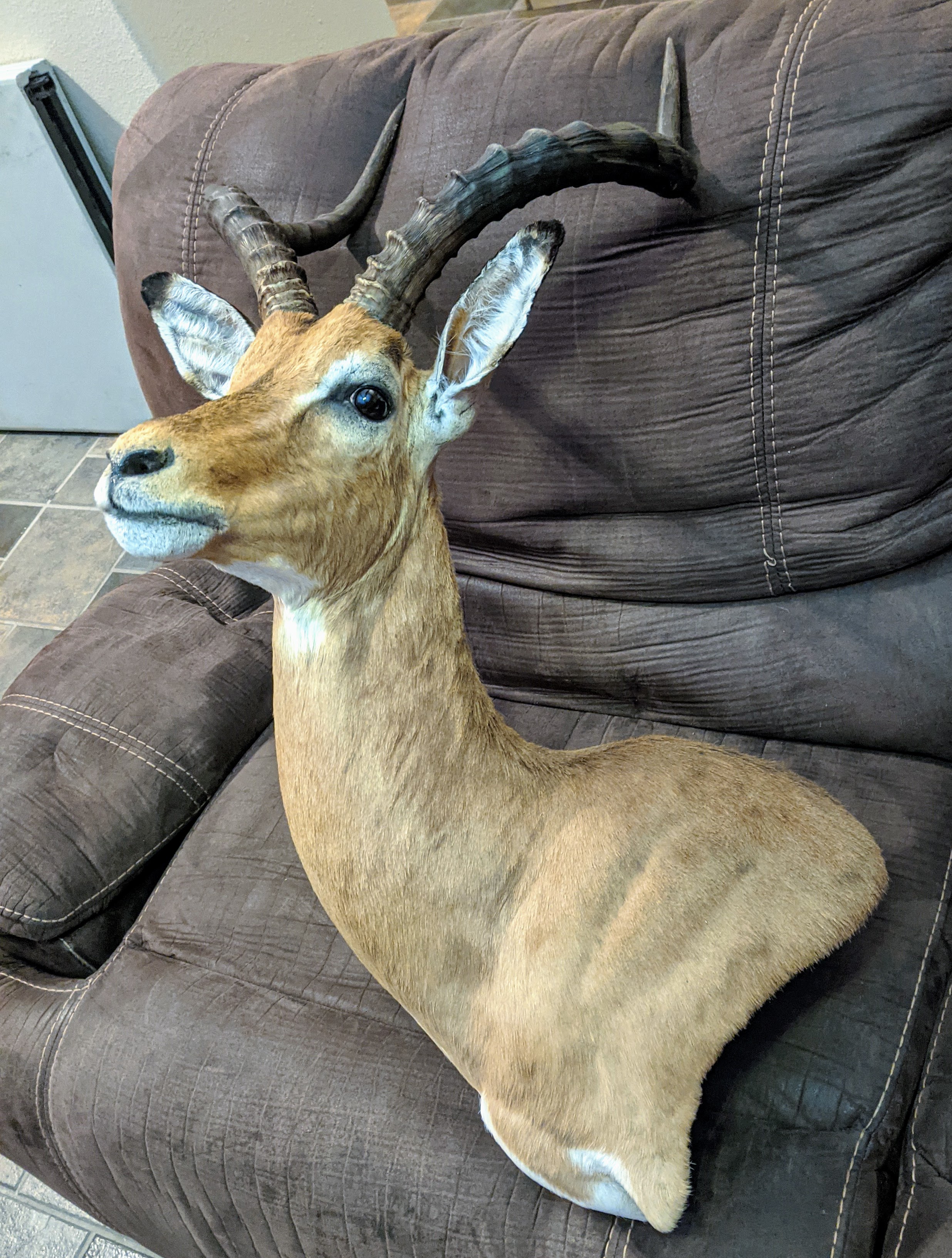