For what it's worth, news from Africa is never reliable.

South Africa is an incredible country to visit, from the amazing safaris, to Cape Town, to wine country. There’s so much to do there, and one of my most memorable trips ever was the South African safari we took my dad on last year.

If you’re hoping to go to South Africa anytime soon, you may have to be patient.

Back in March, South Africa went on lockdown, and it looks like that’s not anywhere close to being eased up. As reported by Africa News, South Africa’s government isn’t planning on opening to tourism for quite a while:

At least that’s based on a briefing from the Department of Tourism today. I’d note that like everything right now, this is presumably pretty fluid, and the timeline could change, either for better or worse.

Tourism in South Africa is huge, and makes up nearly 9% of the country’s GDP, so presumably they’re anxious to get it restarted. However, clearly the country is taking a cautious approach. 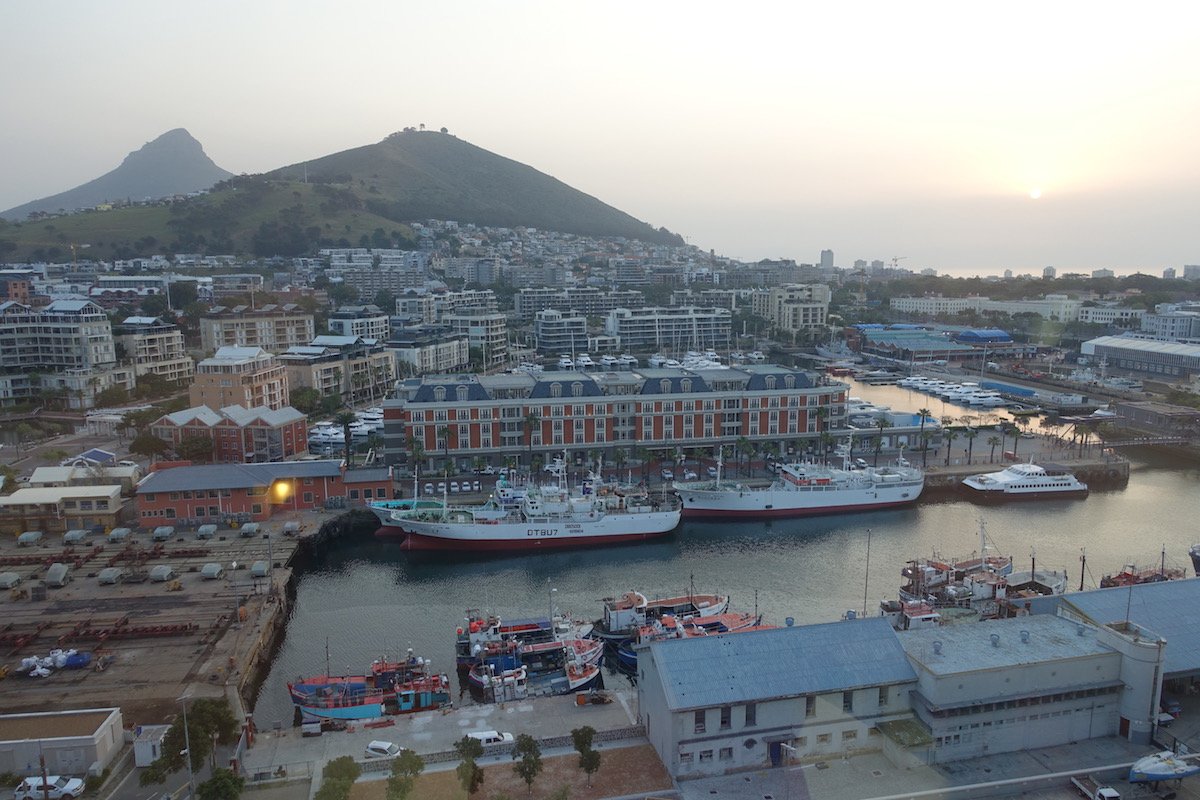 If this plan sticks, these airlines will end up more or less being grounded for nearly a year, and that won’t be easy on them. Then again, maybe it’s almost better to just have the airlines grounded altogether, rather than flying with greatly reduced demand.

Presumably some business travel will be happening before the tourism sector reopens, though it seems unlikely airlines could operate flights profitably based purely on business demand. 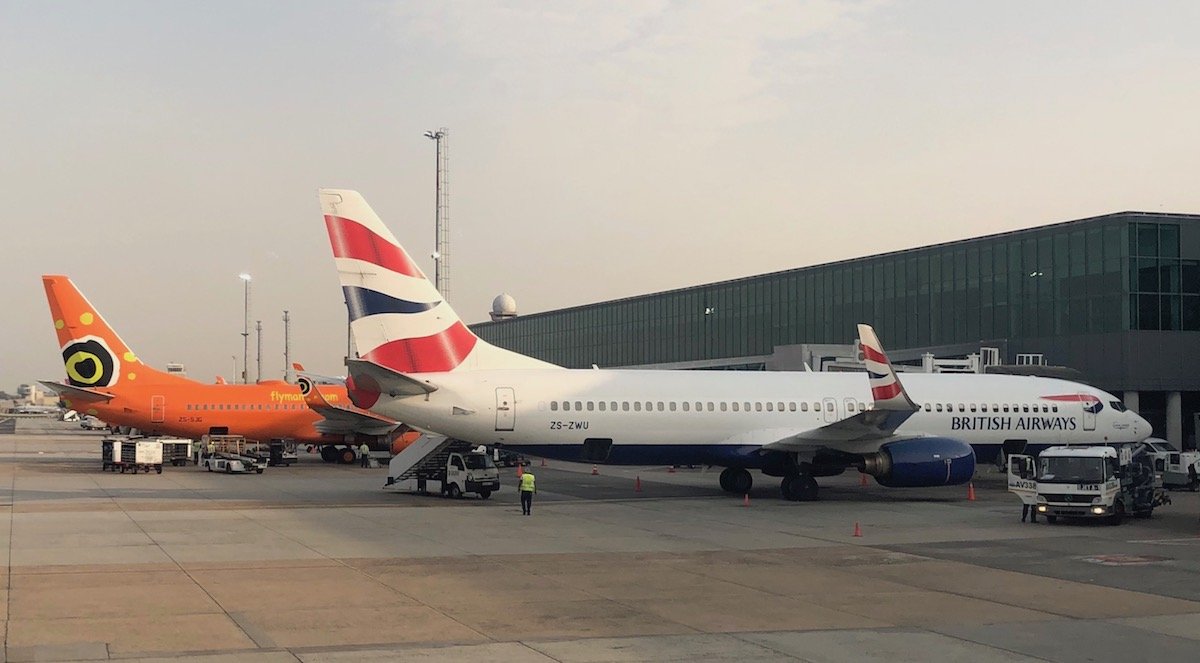 Bottom line
While anything can change, as of now South Africa doesn’t plan on bringing back domestic tourism until December 2020, and international tourism until February 2021.

Many countries have rather aggressive reopening plans, but South Africa is definitely taking a more cautious approach.

Situations like this are also a reason that all of my travel planning over the next several months will be done last minute, given how quickly things are evolving, both for better and worse.

Are you surprised to see South Africa remain closed to international tourism until 2021?

Put this on another thread but will add here....says same...no airlines will bother to reopen their routes till it reopens.... And with Joburg being a big hub for countries around it won't be good for them either...

Pretty conservative approach by RSA, isn't it? The case numbers and deaths are relatively low, but the number of cases are spiking as of late, which can be a function of testing. The worst may still be ahead of them.

I so badly want this to be fake news. Not looking good for SA Safari this year, at all. Are there other sub-Saharan countries that have stayed open or committed to opening in the near term? I suppose if that were the case, I could push the SA trip and pivot to somewhere else . . . maybe Botswana or something.

Does anyone know if connections through RSA are allowed?
Last edited: May 28, 2020

Tanzania summoned the top US official in the country to convey objections over a misleading advisory on the COVID-19 situation in the East African nation, local media reported on Tuesday.

A statement by the Foreign Ministry said the US Embassy posted advisories on its Twitter page on May 13 and May 25 that said “Dar es Salaam is not safe due to the presence of a large number of COVID-19 patients.”

The advisory also claimed that several hospitals in Dar es Salaam were “overwhelmed by patients.”

The Tanzanian Foreign Ministry said such claims were not true and were likely to distress and cause panic among Tanzanian citizens and foreign nationals, according to the report.

Tanzania has recorded 509 COVID-19 cases, including 21 deaths and 183 recoveries to date, according to figures compiled by Johns Hopkins University of the US.

Unlike other countries in the region, Tanzania did not impose a lockdown but urged citizens to maintain social distance, wear face masks and wash their hands.

Last week, President John Magufuli announced universities will reopen from June 1, saying the country was moving towards normalization after a decline in COVID-19 cases.

Days earlier, Tanzania had lifted travel restrictions imposed on inbound and outbound passenger flights “to allow for a return to normal airline and tourism business.”

A government spokesperson said the 14-day mandatory quarantine requirement for passengers had also been lifted.

@375 Ruger Fan , I posted this link about Tanzania a few days ago.

But some folks might have a problem with the medical exam, that apparently single males are receiving upon arrival.
B

There is NO official document on the exact dates . It is a fact that commercial airtravel will only open on level 1 .... Nobody can exactly say when this will happen though the Drafts from Tourism showed Feb 21 .

This will all be determined by how "how" they percive the situation. It is also a fact that SA is a major HUB for other African airtravel especially foe the Hunters.

There are also a lot of other industry designated for level 1 ... this includes restaurants , hotels etc .. absolute madness.........

Let"s not all jump to conclusions here until official documents are out.

Africa is behind by about two months and if you have a look at what's happening in the rest of the world , there could be a lot more activity by the end of the year.

Feb is 9 months away! and a lot can change in that time.

We have gone from full lockdown , level 5 ,4 and now 3 in a little over two months.Who knows where we will be in another two months.There are some excellent organisations in agriculture and tourism working with our government on protocols to open up safely.

Tsala, I agree 100%, personally I think that too many mountains have been made out of molehills where Covid - 19 is concerned. IMHO Donald Trump's prediction that the fallout from the actions taken to prevent the spread of the disease will be far worse than the disease itself is becoming a reality.

If RSA stays closed to tourists until February it may be too far gone to salvage. I’m sorry but this must change immediately for the sake of millions of people’s jobs and livelihoods.
Hoping for better news soon.
Philip
B

From today, Minister of Tourism: 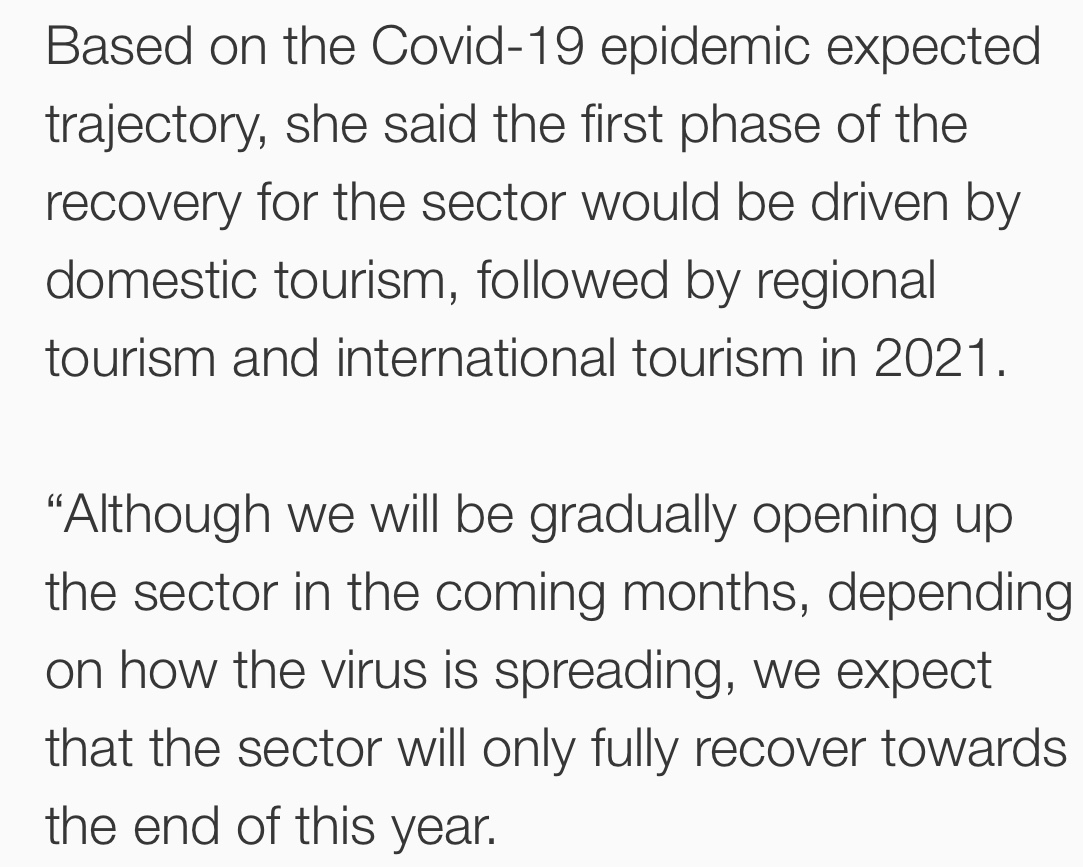 I do not know if this constitutes an official document? It says at the bottom "Distributed by APO Group on behalf of Republic of South Africa: The Parliament."

The Portfolio Committee on Tourism; and the Select Committee on Trade and Industry, Economic Development, Small Business Development, Tourism, Employment and Labour today, in a joint meeting, received a briefing from the Department of Tourism on its strategic and annual performance plans.

The committees welcome the reappointment of Mr Victor Tharage as the Director-General for the Department of Tourism for the next five years, which bodes well for the continuity of programmes and initiatives of the department.

Tourism is the most affected sector of all sectors during the lockdown as a result of Covid-19, and the committees appeal to the department that whilst the revised strategic and annual performance plans indicate that the target of 21 million jobs will still reached by 2030, we need to focus now on the factors affecting job losses due to businesses in the tourism sector being closed.

The committees note that in level 3 of the lockdown commencing on 1 June 2020, that certain areas of business tourism will be able to operate whilst domestic travel will reopen in December. The much-anticipated international tourism will commence in February 2021. In the meantime, the Department of Tourism must continue to work closely with the Department of Home Affairs to ensure that the world-class e-visa regimes continue to be developed in more countries and implemented.

The Minister informed the committees that the department will submit the Tourism Amendment Bill after the finalisation of the White Paper on Tourism, which will be at the end of this financial year.

“In the meantime, whilst the department is drafting the Tourism Recovery Plan, we are confident that the liaison that is happening with the Department of Cooperative Governance and Traditional Affairs will ensure that local economic development finds its rightful place in villages, townships and small towns, which is where poverty, inequality and unemployment are more prevalent,” said the Chair of the Portfolio Committee, Mr Supra Mahumapelo.

The committees will await a report from the Department of Tourism on the capital projects of the fifth administration, some of which have been lying abandoned. A feasibility study on the financial viability of these projects will be undertaken and submitted to the committees.

Distributed by APO Group on behalf of Republic of South Africa: The Parliament.

"Professional services, eg, tourist guides, tour operators, travel agents, tourism information officers would be allowed to come back to operations.“ As from today. Without any tourists... Welcome to Africa.

WAG, a consolidation of the hunting industry in RSA, i.e. smaller and over leveraged operators will close, be bought out or merged with bigger more financially secure ones. Concessions will be owned/controlled by these same entities. If the industry goes the Walmart route and customers return, I suspect prices will drop. The elephant in the room is still demographics.
"Every man dies. Not every man really lives". William Wallace

I have posted this on the Corona virus updates thread as well....but putting here as well...as I think it is applicable in what they are doing to probably how SA and every other country should be doing.....

If you have flights on Kulula or British Airlines

Yesterday at 8:43 AM •••
R
Rare Breed USMA84DAB Rare Breed wrote on USMA84DAB's profile.
Doc attached.
Sep 13, 2021 •••
E
elkhunter77 Mark Biggerstaff elkhunter77 wrote on Mark Biggerstaff's profile.
Yes, I am interested in some A Frames to load, if they are the 300 grain or other that will work for Cape Buff. I need enough to work up a load and sight in, then carry over there
Sep 13, 2021 •••
K
KKovar AfricaHunting.com KKovar wrote on AfricaHunting.com's profile.
Wow, great response regarding the title of a thread and an amazing site.
Sep 13, 2021 •••
J
Jerycmeach Bullet Safaris Jerycmeach wrote on Bullet Safaris's profile.
I am interested in hearing about your wild lion hunts.
Sep 9, 2021 •••