In mid October my father and I went on our first Safari in South Africa with Liam Urry for a 7 day trip.

We enlisted the help of Lori Spears from Travel Express for travel arrangements and the staff from Riflepermits.com to make our first trip as smooth as possible and we will be using both of them in future trips.

After the grueling flights to take us from to Chicago to Johannesburg we were met by the staff of Riflepermits.com and picked up our rifles with zero issues. They were kind enough to walk us to the City Lodge hotel where we stayed that night before a flight to Kimberly.

The next morning after getting pestered for tips every step of the way we flew to Kimberly where Liam picked us up as soon as we landed. Once we got to his property we met his Manager/PH Alex, PH Herlo, Camera man Johnny and the rest of his staff. After getting settled in to our rooms he took us for a drive on his property and we ended up on a hill top with a cooler of beer and watched the sun set. It was the perfect way to jump start the trip.

It was originally meant to be just a rifle hunt (my first ever rifle hunt) but we decided to bring our bows along with because I just HAD to.
So the first 2 days were spent bow hunting in blinds, Dad in one blind and me in another. The first day I had the opportunity at a springbok but passed it up like an idiot! It was day one and it wasn't part of the plan but I should have taken what Africa offered like many have said on the forums. Day 2 was a slow day for me but Dad was able to get an impala with his bow.
Day 3 it was time to break out the rifles we purchased just for this trip! Early morning I was able to get my first ever rifle kill, a warthog! All our rifle hunting was done together so my dad who taught me how to shoot got to see my first rifle kill and I am very thankful for that. A few hours later PH Herlo was able to get us within 100 yards of a gemsbok. My dad took a wonderful shot that would have left it on the ground in minutes but hit it with a follow up shot and dropped it in its tracks.
That afternoon we ended up on another gemsbok and it was my turn. It was just over 100 yard shot off the sticks. Everyone said it was a good shot so we went to go look for blood as it ran into some thicker bush. That's when I found out blood trailing in South Africa is nothing like it is in Illinois. We found little blood and my heart just started to sink farther and farther. We watched the footage of the shot and it did indeed look good and it was bleeding good. We spent the next 3ish hours looking for him with no luck. The sun went down and we headed back to the lodge where I preceded to drink my failure away. The next morning Liam got all of his staff and we headed out to find my animal. It only took about 20 minutes and 10 of them were for the drive! We must have walked past him 10 times looking for him the night before. I ended up getting a high lung shot, it did the job but it isn't how I wanted to get it done. Always room for improvement.
Day 4 The weather was not ideal. It was raining and the wind was moving good. We spend the day trying to get some shots on blue wildebeest but with the wind being what it was they were on high alert. We had a lot of good stalks on the blues and on some red hartebeest but we never got the chance to pull the trigger.
Day 5 We went to a different property that Liam has the hunting rights to. Dad wanted a black wildebeest and I wanted a red hartebeest. It was beautiful weather and breath taking property. Some 40,000 acres if i remember right. The morning started out with a few missed shots at some black wildebeest and then just over 300yrd shot sealed the deal for my dads black. Shortly after I took a 450 yard shot at a Blue wildebeest and it went 30 yards and dropped it was the farthest I have ever shot before so I was pretty damn proud. We stopped, started a fire and then cooked lunch in the bush. After some steaks and sausage we continued on and got my red hartebeest.

Liam's entire staff are extremely polite and took very good care of us. I constantly joked with the cook Phillip saying he needed to teach my wife how to cook! At home I normally stay away from fish and pork chops and chicken isn't my go to. Every meal I had was amazing! I ate the fish and even had seconds. I loved the pork chops and even ate the fat off of it, something I NEVER do. Every single meal was fantastic.I ate so much meat over the week that when I returned home my wife said she was going to cook a roast, I had to politely decline. I ate a pizza.
The house keeper I only saw a few times put she was very polite, and did one hell of a job. I never had a concern about leaving anything out of the safe if i forgot to put it away. If I left something out of place when I went out to hunt it was neatly put in place and well organized when I returned from the hunt.

The accommodations were very comforting. My Dad and I each had our own temperature controlled rooms with beds that I was able to sleep soundly on. The main lodge with the bar was a stones throw away and we spent most of our down time there so we only really used our rooms for sleeping. I am a simple man and don't require much so to put it simply, had i brought my wife I think she would be plenty happy with the rooms. Liam is currently building rooms next to the mail lodge that overlook the water hole just behind that main lodge, my next trip I hope I am able to stay in one of those buildings! I never took pictures of the rooms and such but what you see that Liam has posted on the forums and on his site are exactly what to expect.

The first night we were asked if we would like to pay for our hunt to be recorded by Johny. We were hesitant at first but we ended up going for it. Johny just sent the video to me 3 days ago and I have watched it 6 times! The man is good at what he does. Every single shot we took is on this video and he doesn't flinch like you would expect at the rifle firing. If anyone has the chance to hunt with Liam Urry Safaris and you have the chance to have Johny record it, do it! It is a 45min video of 5 hunting days with excellent production, editing, and picture quality.

Everyone was very attentive to us and always making sure we had what we needed or wanted. After the first couple of days when we all got more familiar with each other it was less of a client relationship and more of friends going out on a hunt. The jokes just started to fly. Liam, PH Herlo, Manager Alex and Johny the camera man have a lot of fun together and it is contagious. You quickly start to feel like one of the guys. If I could do one thing differently, I would stay up later and hang out at the main lodge with the guys. I only did this the final night until it was Herlo and Johny and I at 3:00am. I had an absolute blast and only regretted the excessive drinking I did on the flight home.

I will be working every scrap of overtime I can until I can afford to go back. My dad and I had our next list of game we would like to take before we even left. I will definitely be going back with Liam Urry Safaris. 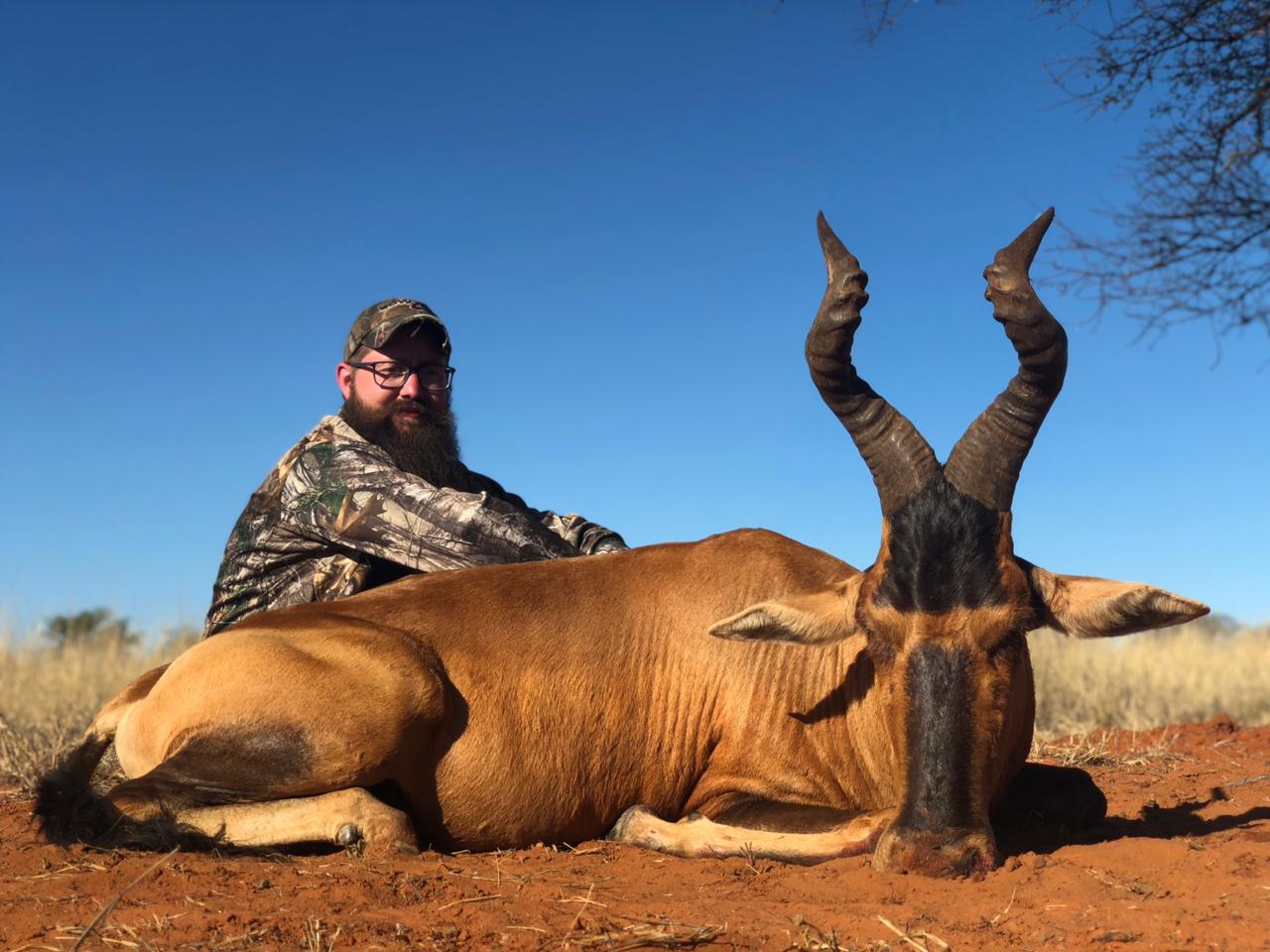 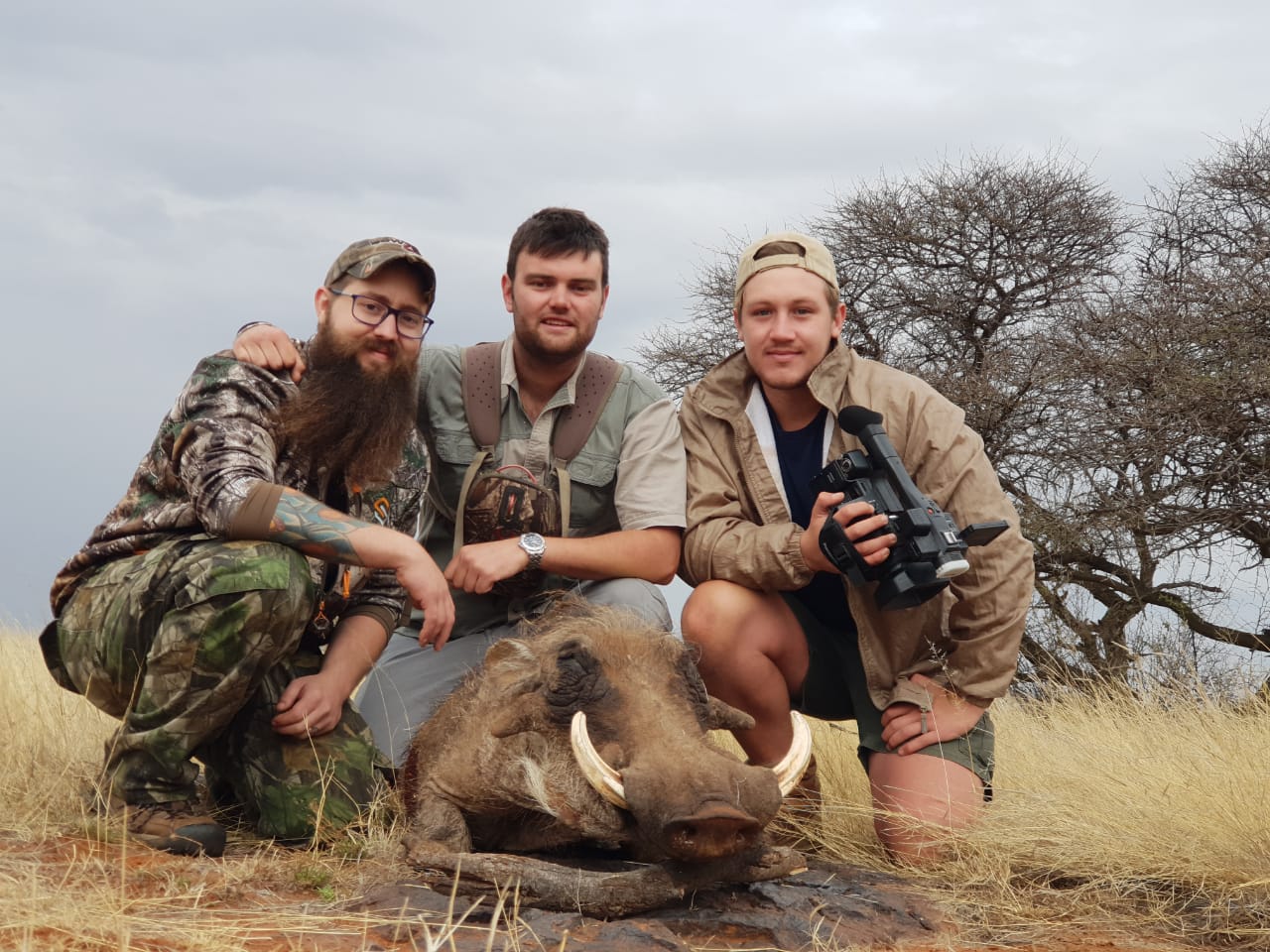 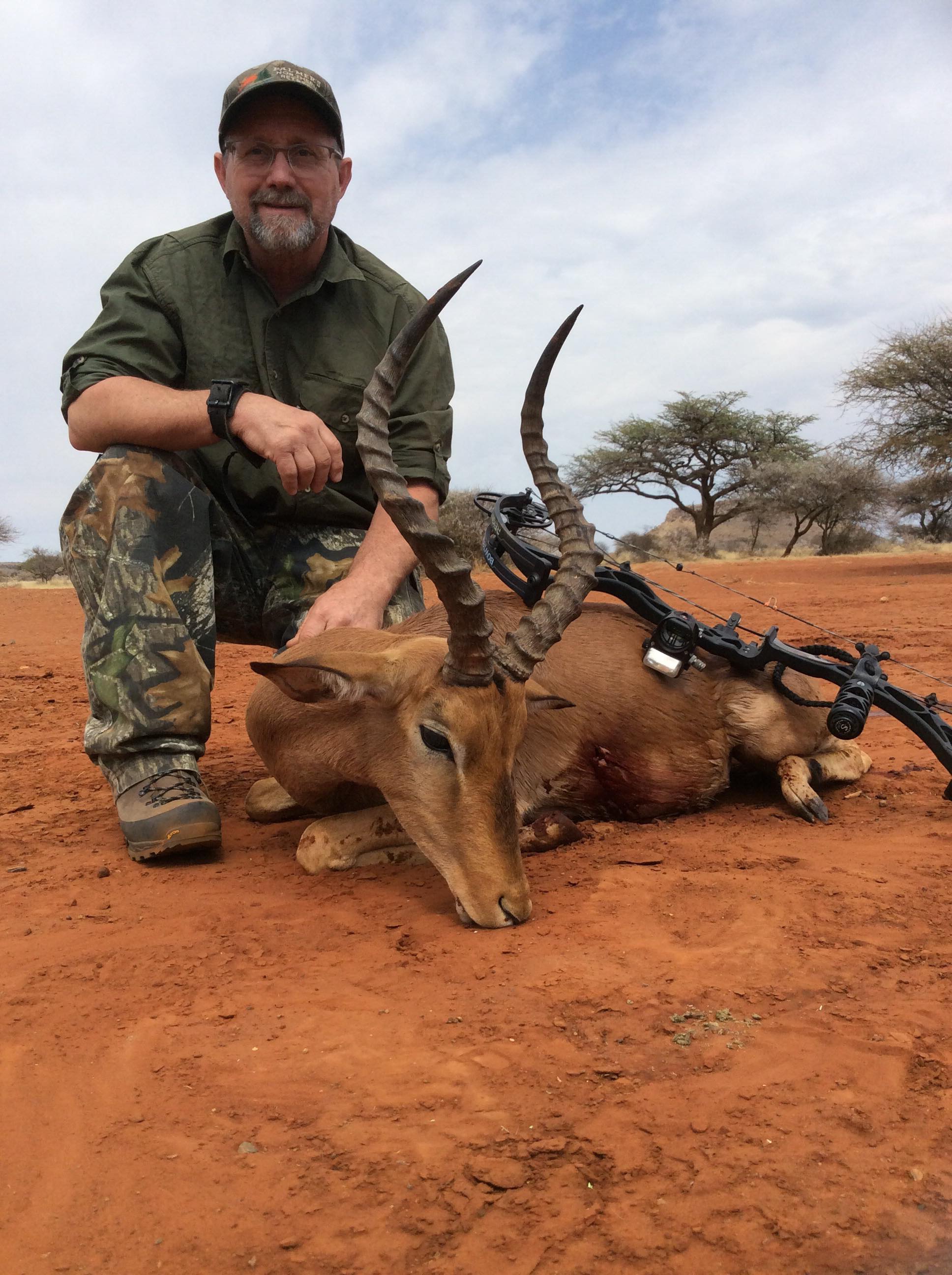 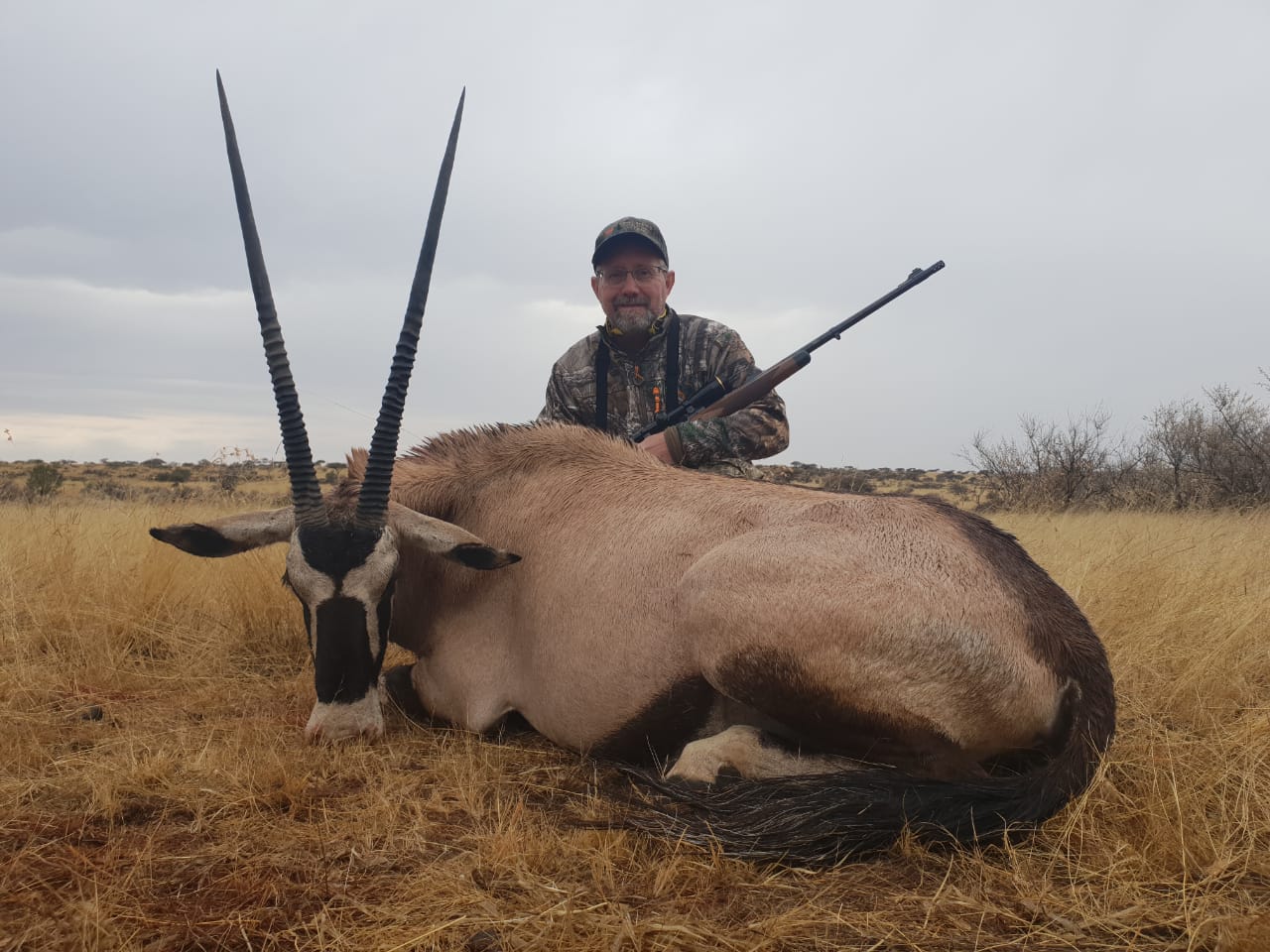 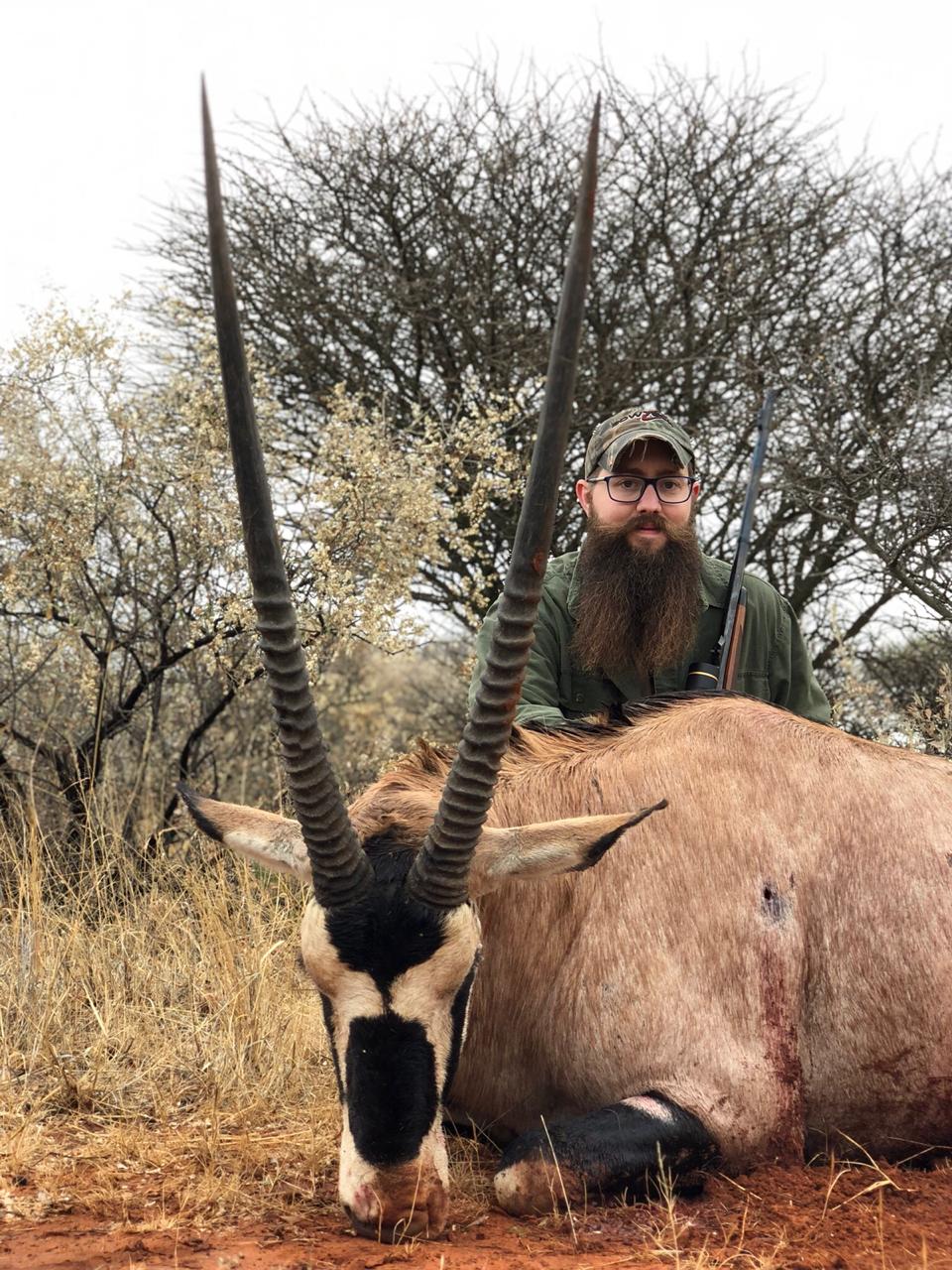 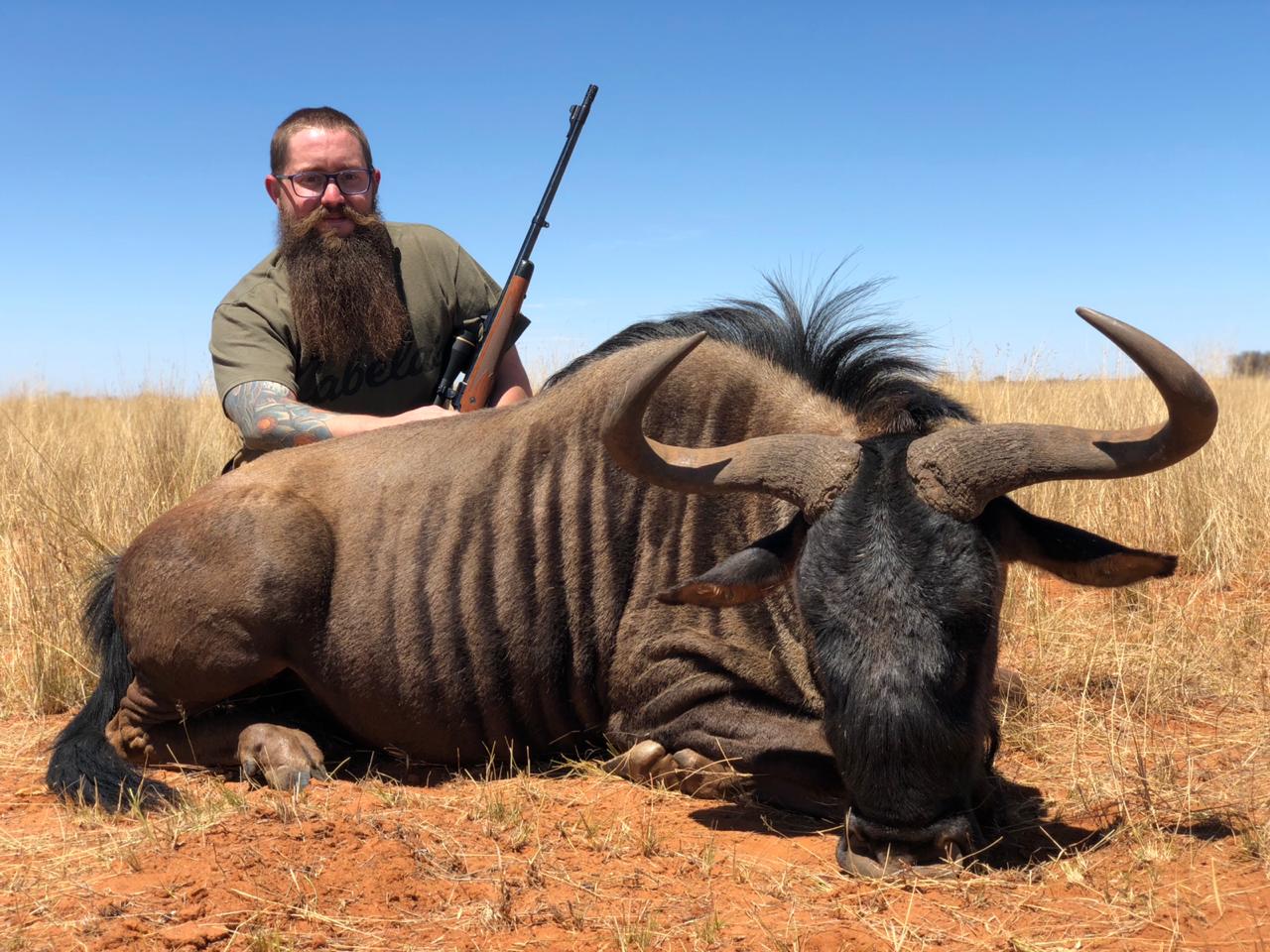 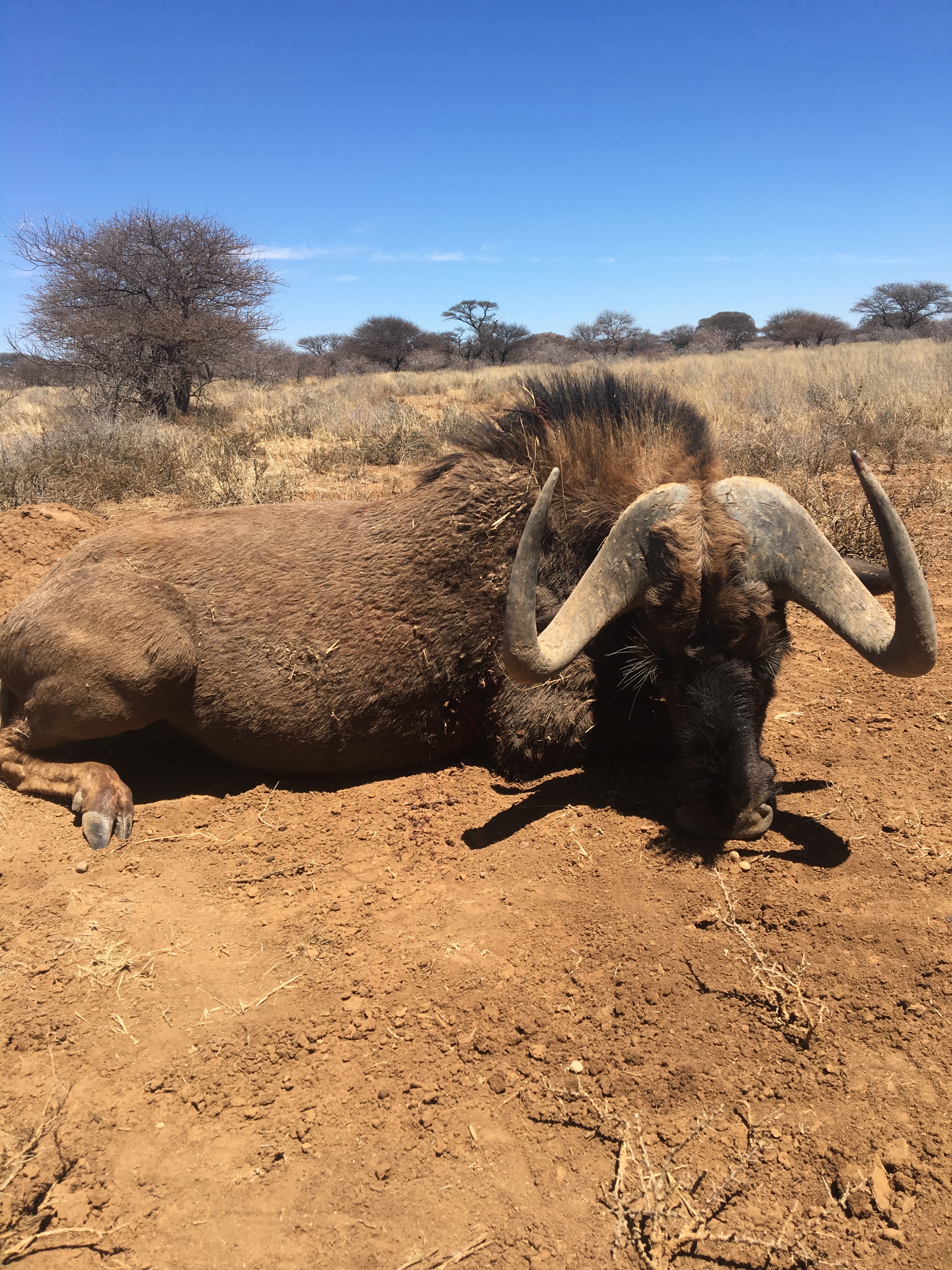 Great first hunt. What rifles did you use? Caliber? Bullet weight, type, and brand? Thanks for your report. Definitely enjoyed your experience. I end up living vicariously through these pages. Thank you

gesch said:
Great first hunt. What rifles did you use? Caliber? Bullet weight, type, and brand? Thanks for your report. Definitely enjoyed your experience. I end up living vicariously through these pages. Thank you
Click to expand...

Congrats on an awesome hunt. Thanks for sharing

Great report. Congrats to you and your dad!

Congrats on your hunt and thanks for sharing !

Thanks for sharing your hunt with us.

Well done, thanks for the report

Congrats on the hunt!!

Thanks for the report. Liam is a great guy.
You must log in or register to reply here.