And the adventure begins. Sitting at the Phoenix Sky Harbor gate waiting for our British Airways flight to board. Checking in with firearms is a bit more hassle than what I've been through before with some extra paperwork, but not something to get twisted up over. But the $70 charge to handle the rifles and another $70 charge for the ammo box which I'm presuming I'll get hit with when I return was not so pleasant. But soon we will be on our way and looking forward to it.

As I did 2 years ago with my older boy, I am planning on doing a running report so look for daily or so updates. 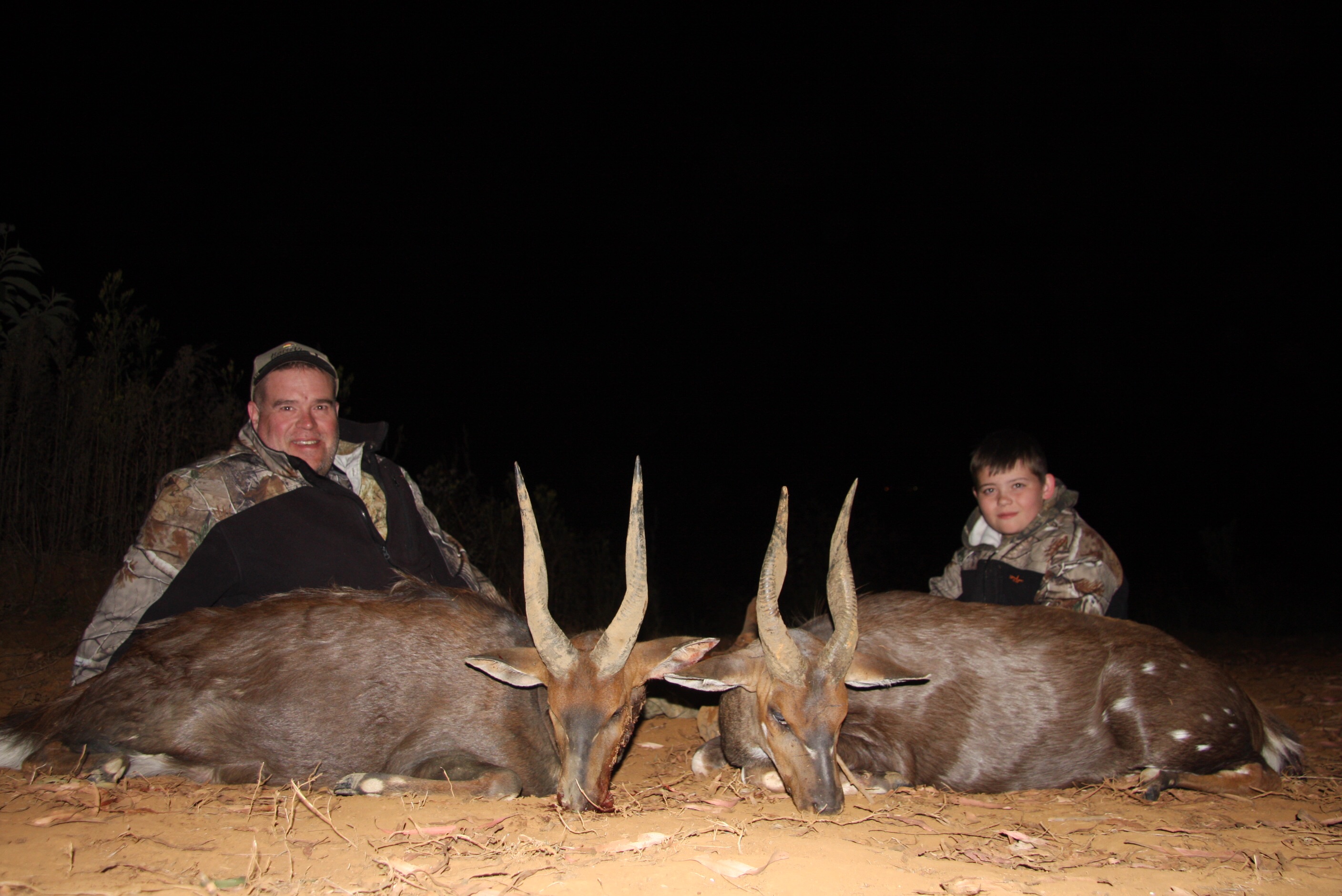 l for one really enjoy the reports ,on the trot ........
pain in the kafootsa, with the riffle and ammo charge , you could make it up on the wine and spirit list once your at 35000 feet

Have a great hunt. I look forward to the reports.

Stay safe, enjoy the time away and good luck hunting.
It'not the years, it's the mileage......(Indiana Jones)

I had planned the same thing, until my tablet crashed on me...

Sorry we missed each other, but glad I will get to read "live."
HUNTERS make importation bans work!

Hope you and your son have the time of your life. Have a great adventure.

Looking forward to the daily reports.

Do you have enough time in transit to do anything in London?
And here I am, returning to Africa of many faces;.... the sloe-eyed temptress with flowers in her hair who stole my youth and my heart, and left me an old man with a kaleidoscope of conflicting memories of many dashed hopes and some fulfilled dreams. E. Echols

Have fun and great hunt Phil!

So what's with the $140? Is that a British Airways thing? I think for $70 I would leave the extra ammo and hope it is there for the next trip.. Then just fill the ammo box with dirty socks and underwear. Let them buggers search that!

Same question as Bob. Haven't heard about that charge before!

Have a great trip. I look forward to the running report and photos. Good luck and stay safe!

Phil Have a awesome hunt, I'll be standing by for the report. Tell us more on the rifle/ammo charge was it the airlines or Customs?
Enjoy Life Now! It has an Expiration Date.

Just the latest dirt bag method of taking more money from you. Other airlines up here do the same thing. Not customs.

Phil, have a great hunt!

enjoy the hunt , looking forward to the reports
on the ocean or in the bush.

Good luck to you and your son. I am sure it will be a trip to remember for both of you.

So what's with the $140? Is that a British Airways thing? I think for $70 I would leave the extra ammo and hope it is there for the next trip.. Then just fill the ammo box with dirty socks and underwear. Let them buggers search that!
Click to expand...

Safe travels & good hunting my friend! I'm guessing by now you are headed for long layover in Europe. I'm trust you will find a good pub & grub!

Well we're sitting in Huxley's, a British restaurant, after a long night, one pint nearly finished. I must say I believe the old 747's have served their tour of duty and it's time to retire them. BA has done a good job of upgrading the old girls. But lack of air control is something that was a bit annoying. Air temp went from hot to nicely cool all night long, back and forth. Entertainment system is fine, in fact the movie selection was quite large. Food was okay, dinner being better than the breakfast.

The BA staff reminded me of my youth when I traveled to the U.K. often, friendly and as helpful as can be, this includes the BA staff in the U.S. In the extended process of taking firearms, there were two different gents helping the ticket girl with it. Both of those guys ended up working the gate at boarding. The one fellow who was with me the most saw me sitting in the gate area and went out of his way to let me know that he had checked on my rifle and ammo box and it was on the plane. This was nice to know and reduces one stress in this traveling to Africa.

For now some fish and chips and a pint or two more.

Pound a few more back buddy. You are on holiday!

Have a great time Phil. I'm looking forward to reading your adventure, and seeing pictures of your trophies.

BA always seems to provide good service. Terminal 5 is certainly the one to be in. Glad things are going well so far.

I didn't realize that the lack of air control was on some Boeing's now. (upgraded) I have dealt with no control on Airbus but not Boeing. I like it cool with a steady stream of air blowing in my face.

When going to a foreign country it is always good to eat the local cuisine. Your choice of Fish and Chips certainly trumps Black Pudding. With all due respect to spike.t .
And here I am, returning to Africa of many faces;.... the sloe-eyed temptress with flowers in her hair who stole my youth and my heart, and left me an old man with a kaleidoscope of conflicting memories of many dashed hopes and some fulfilled dreams. E. Echols
You must log in or register to reply here.