the wife and I just got back from our first south African safari booked through EAI outdoors at Kubusi safaris and all I can say is WOW!
the wife wanted me to shoot first so the first two days we looked for impala, saw many and got on the sticks several times but never had a shot till the second evening. my ph Cody and I spotted some bachelor rams just hanging out on edge of the bush and the stalk was on. got to about 200 yards from them sitting and on sticks waiting for my ram to clear the others. once he cleared I took the shot and down he went. the ice was broken! 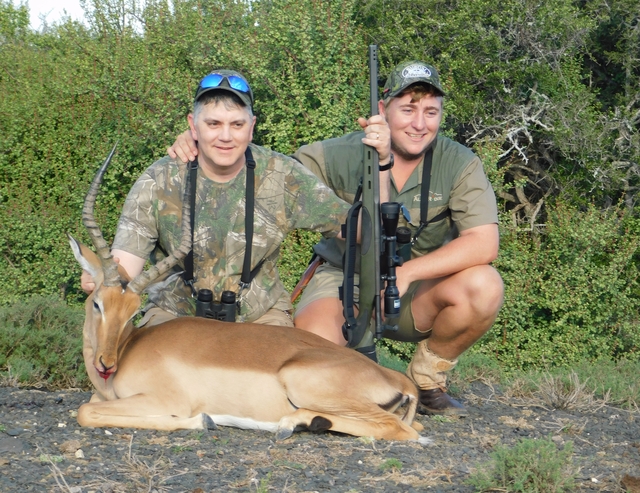 wife's turn for impala, we had time for a couple of stalks the second night but no shots.
next day around noon after being on and off the sticks a lone impala ram was grazing on the edge of the bush at a good place for a stalk. at about 150 yards she made the shot and her impala was down. 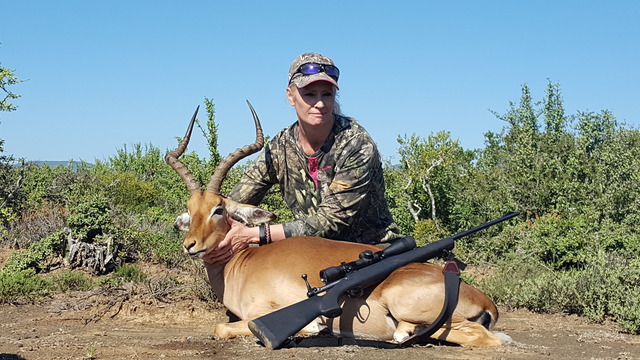 next was springbok and we moved to tuskers lodge. the ph's decided to do a driven hunt since there was 5 of us that had springbok on our list. my wife went with our ph and I went with another and went they came to us we both got our springbok with one shot each. 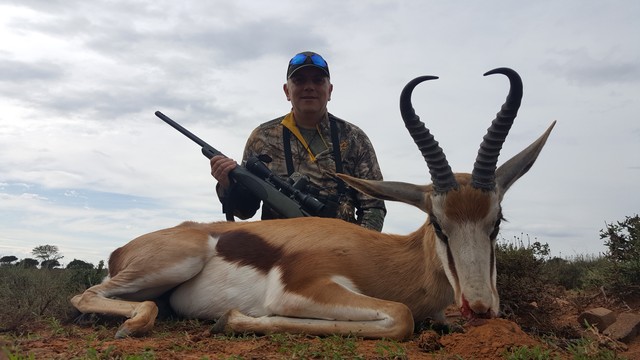 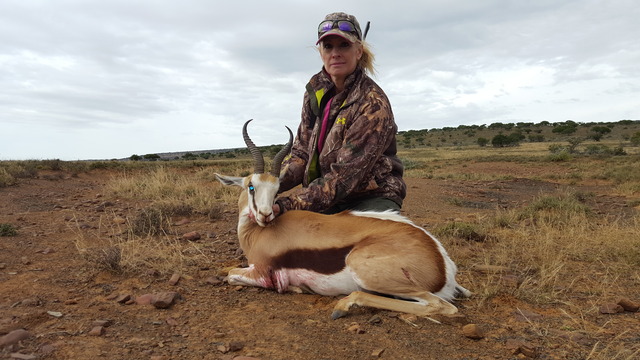 now to kudu, off to yet another farm our ph got permission to hunt on. within 10 minutes we was into kudu but Cody said they was too small. after seeing 7 or 8 different bulls and walking in horizontal rain our tracker spotted a kudu and after looking him over for a few seconds my ph said get on the sticks. talk about an adrenaline rush. ph said he was @ 320 and after first shot he took off, ph said shoot again and after third shot and seeing he was hit he went over the mountain. we drove around to the next road and spotted what I thought was a tremendous amount of blood, Cody looked concerned and didn't say a word. tracked him for about 50 yards and saw him try to get up, Cody had me shoot him again and down he went. we waited for a few minutes and then walked up to him and he proceeded to jump up again. another shot and he fell over. 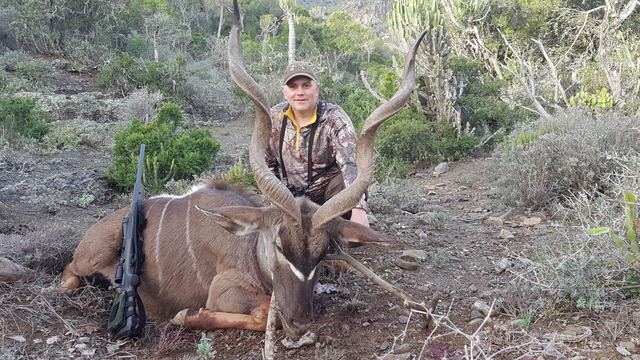 my list was done and only a blesbok left for my wife, after a couple of stalks she got a shot but missed. next day we put on a stalk to some blesbok that we saw from across the valley, I stayed back and they got to within 40 yards of them. 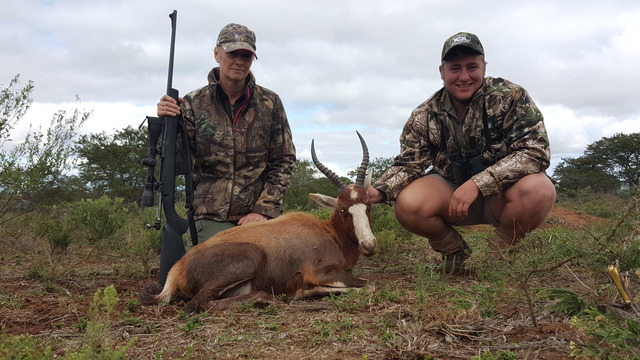 list filled and a half day left to look for other animals and I decided we would try for a blesbok. a couple of failed stalks and time was up.
cant wait to go back! our ph Cody did more than we could have ever imagined and was very calming to both my wife and I before the shots, even though he said he was as nervous/excited as us before the shots.
we saw 15 different species of animals (buffalo, nyala, impala, blue wildebeest, giraffe, red hartebeest, water buck, kudu, blesbok, duiker, steenbok, gemsbok, vervet monkeys, baboons, and dassies and a bunch of different birds and insects, beautiful country and great people at both Glen Boyd and tuskers lodge.

Thanks for sharing. It sounds like you guys had a great hunt. I'll bet your wife is already "helping" you plan a return visit.
T

I had a great experience with them as well.. The only animal on my list we couldn't get was a warthog... saw lots, just never the right one.

Congrats to you sir! You and the wife no doubt are planning another safari.

oh yes! just a matter of saving for our next one now.
more pics...
we was walking and stalking some impala and when we came out of the bush we walked into a group of buffalo, luckily these had been around the farm house and were a little tame.

needless to say we went back into the bush and came out in a different spot. 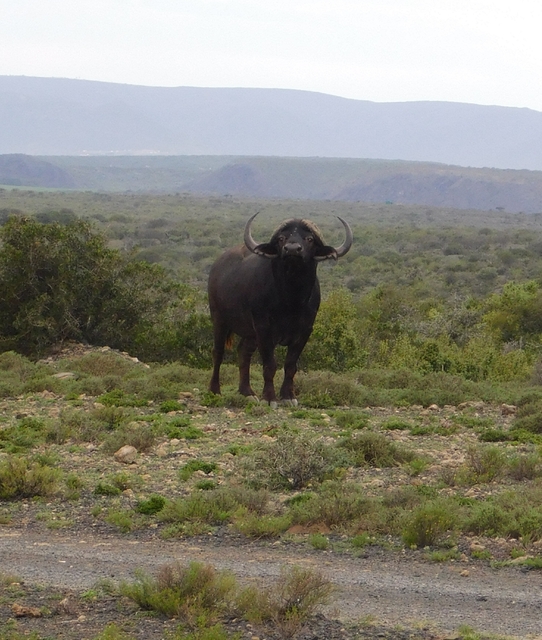 a bull giraffe just out walking the roads... 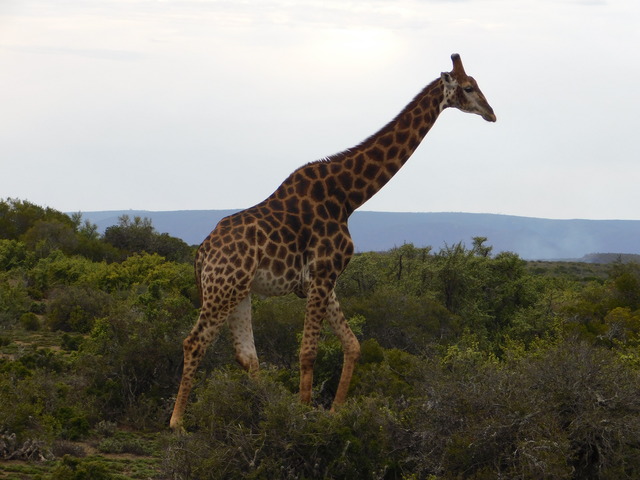 looking for kudu with the fish river in the background... 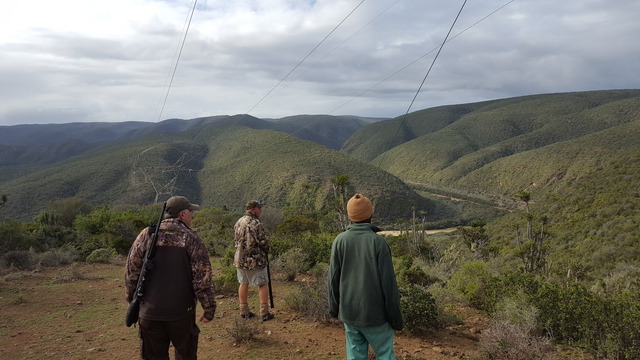 Sounds like you guys had a great time! I hunted with Kubusi in 2016 and had a excellent hunt as well.

Thanks for the great report

Thanks for the report!

Congrats on your hunt, and thanks for sharing !

Great report my girlfriend and I hunted with them in 2016 and can't wait to go back.
Here is my report from our trip
https://www.africahunting.com/threads/south-africa-my-african-safari-hunt-with-kubusi-safaris.28547/

Thanks for sharing a great hunt Brewster! The problem now is managing your Africa addiction! I’m sure you caught the Africa virus while there!
Have a great time planning your next trip!
Africa on my mind.

Looks like you had a lot of fun. Congrats on your animals. Bruce

sitting here waiting for the truck to arrive with our trophies from this hunt, hope they look good. will get some pics and post once they do.

he has tight curls so he didn't score high (39" according to our ph), but I didn't care, just wanted a mature bull.

Got our mounts! All look awesome, kudu was supposed to be a wall pedestal mount but it is a floor pedestal so we are going to have to figure out where we are going to put him. Might just build a shelf to sit it on . 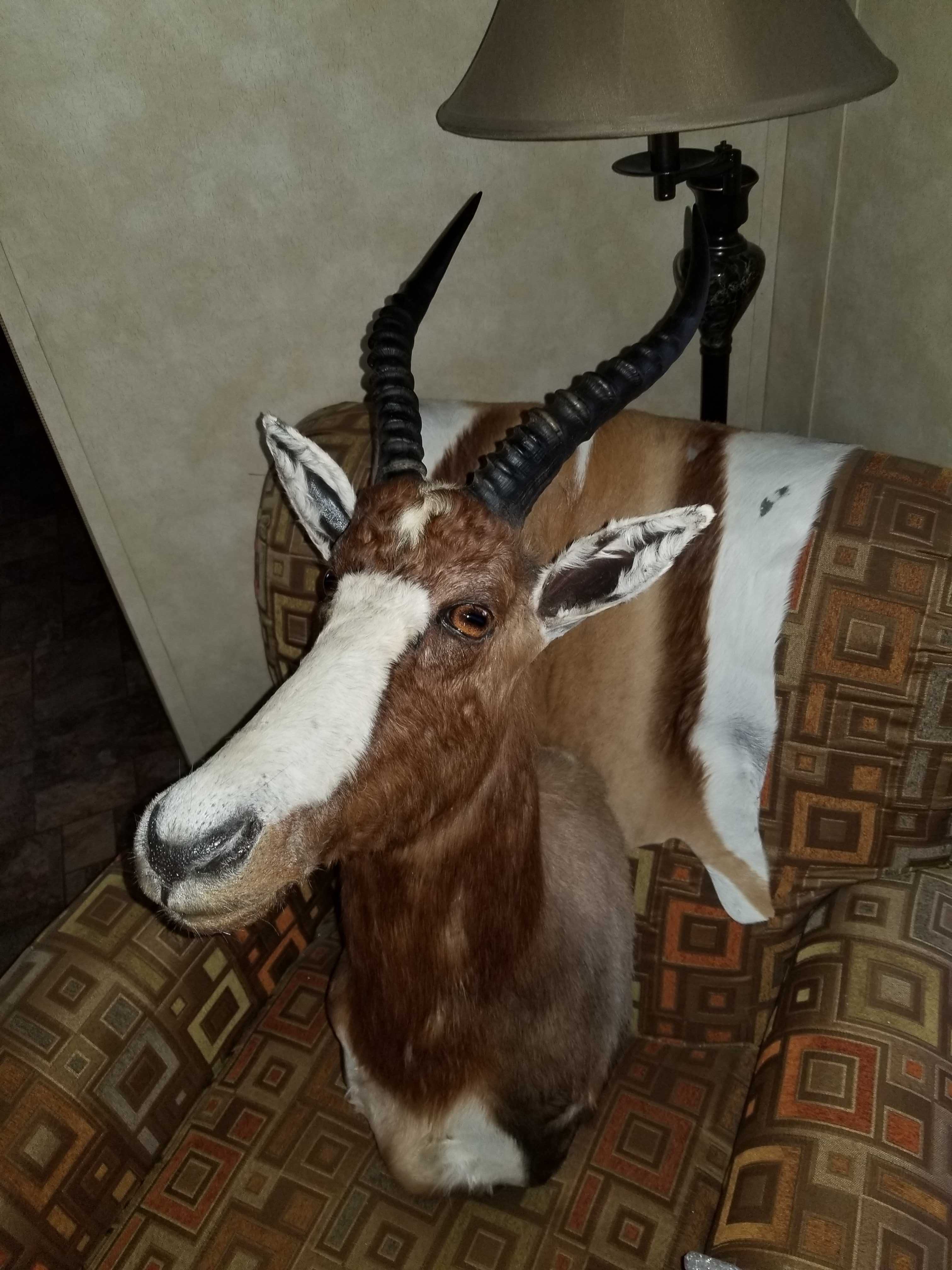 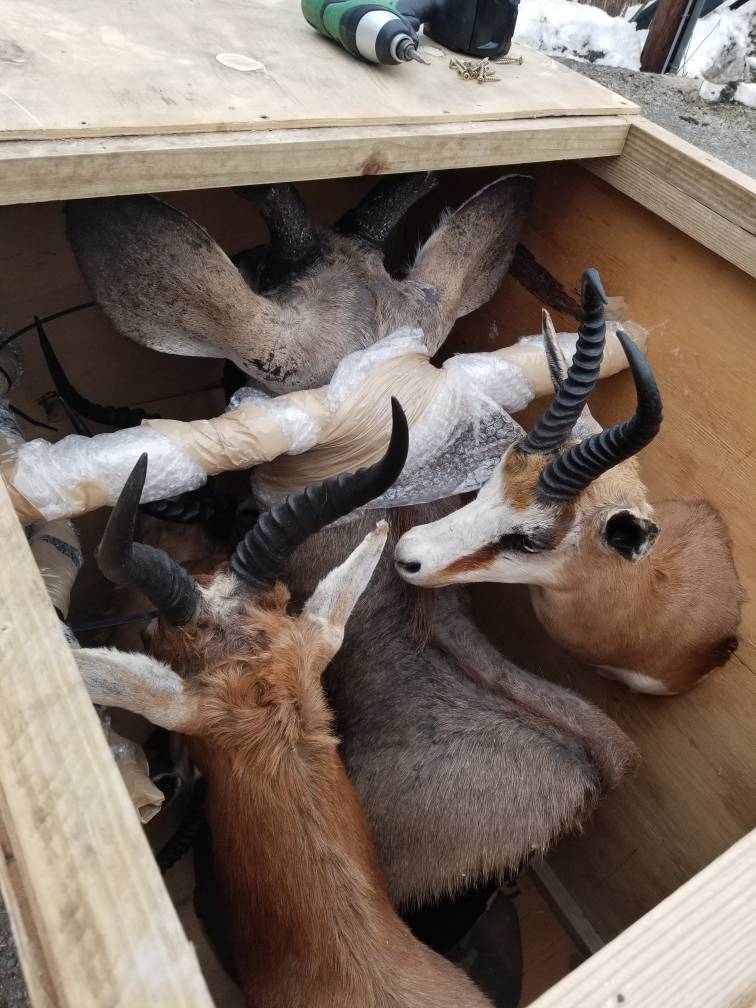 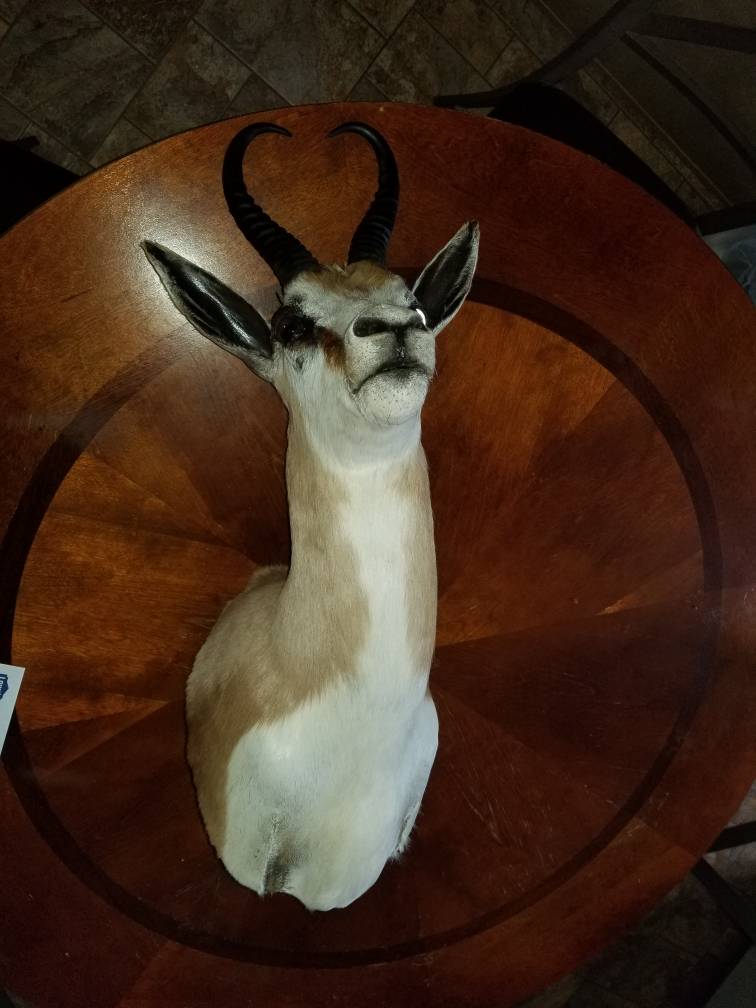 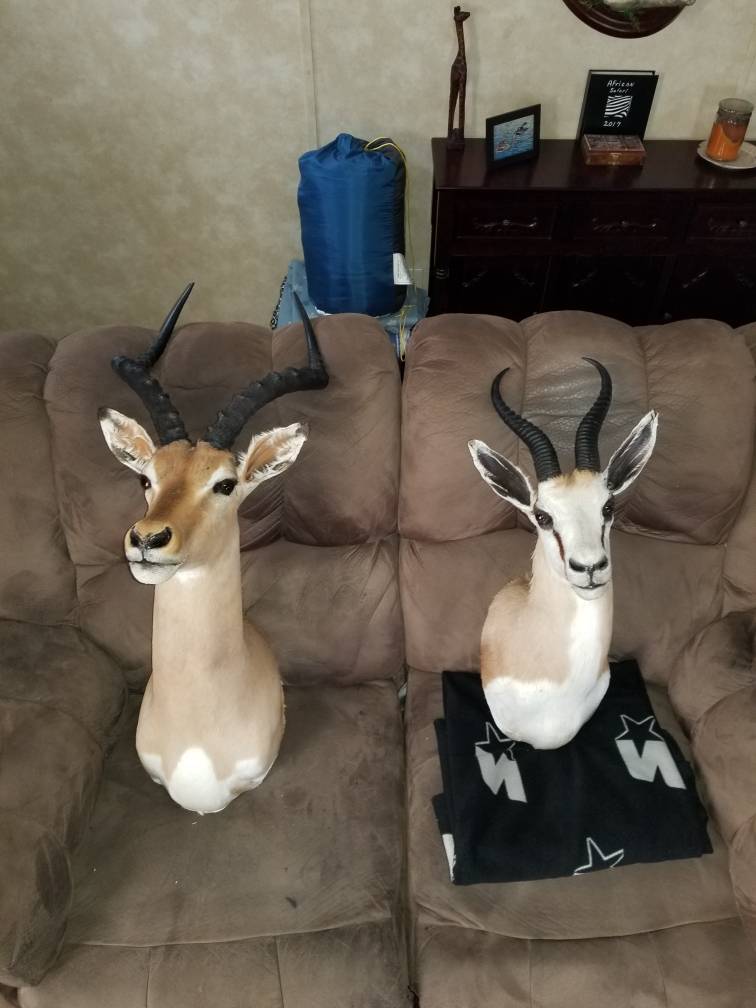 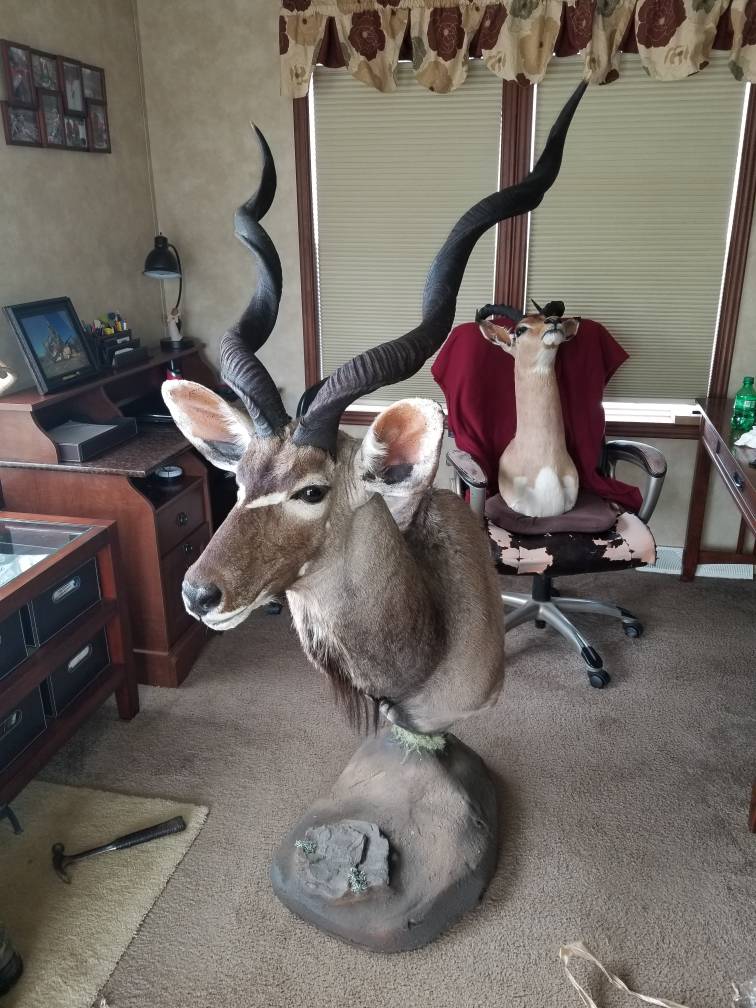 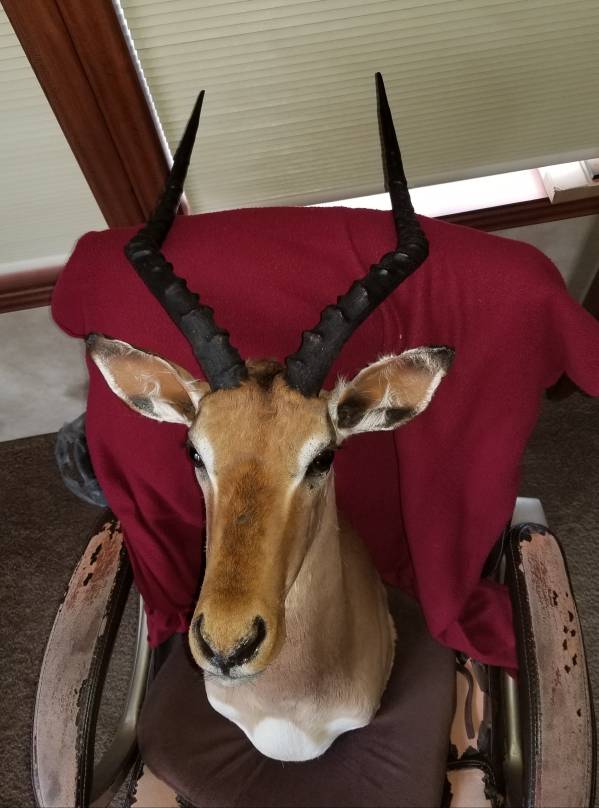 Glad you are happy with your critters. 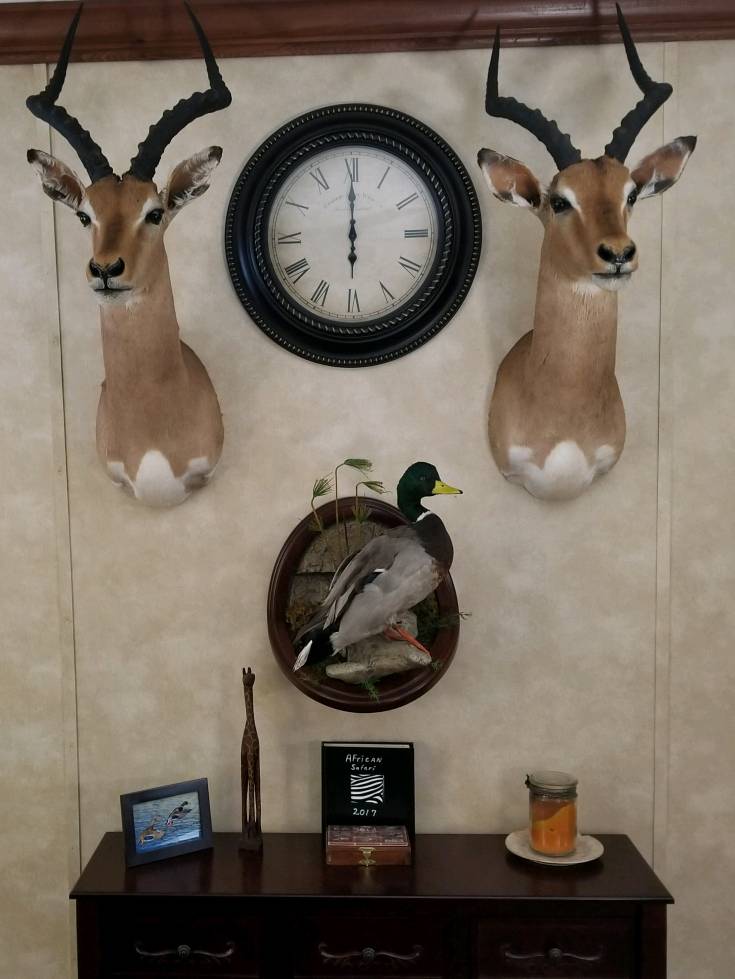 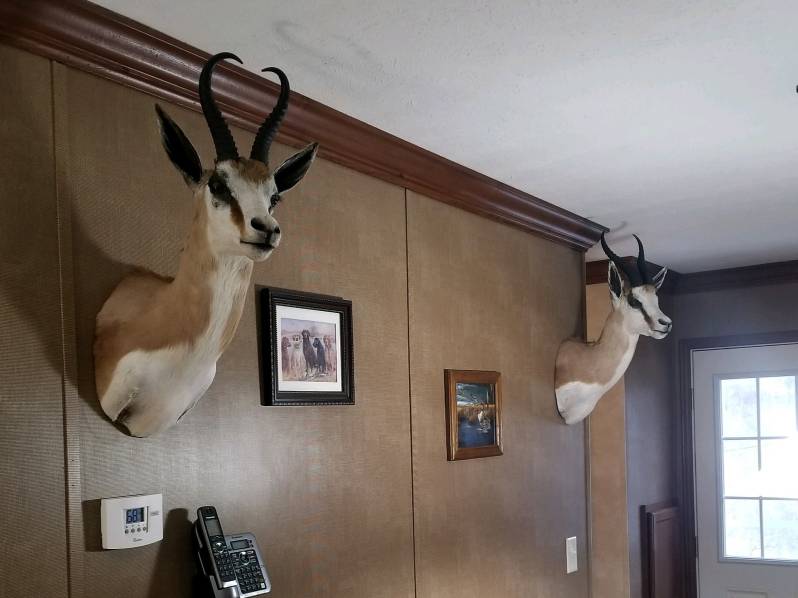 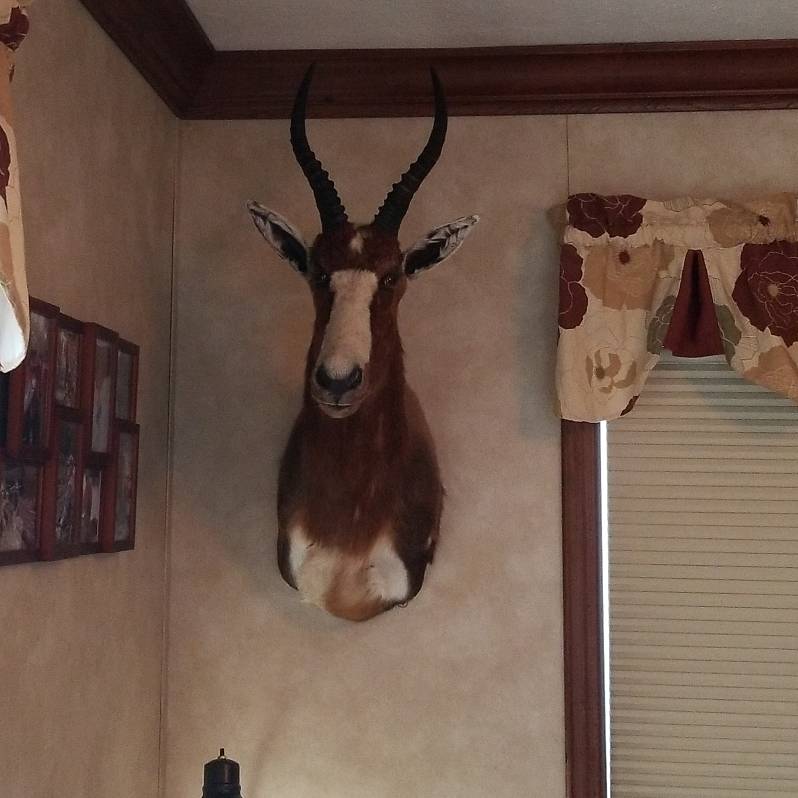 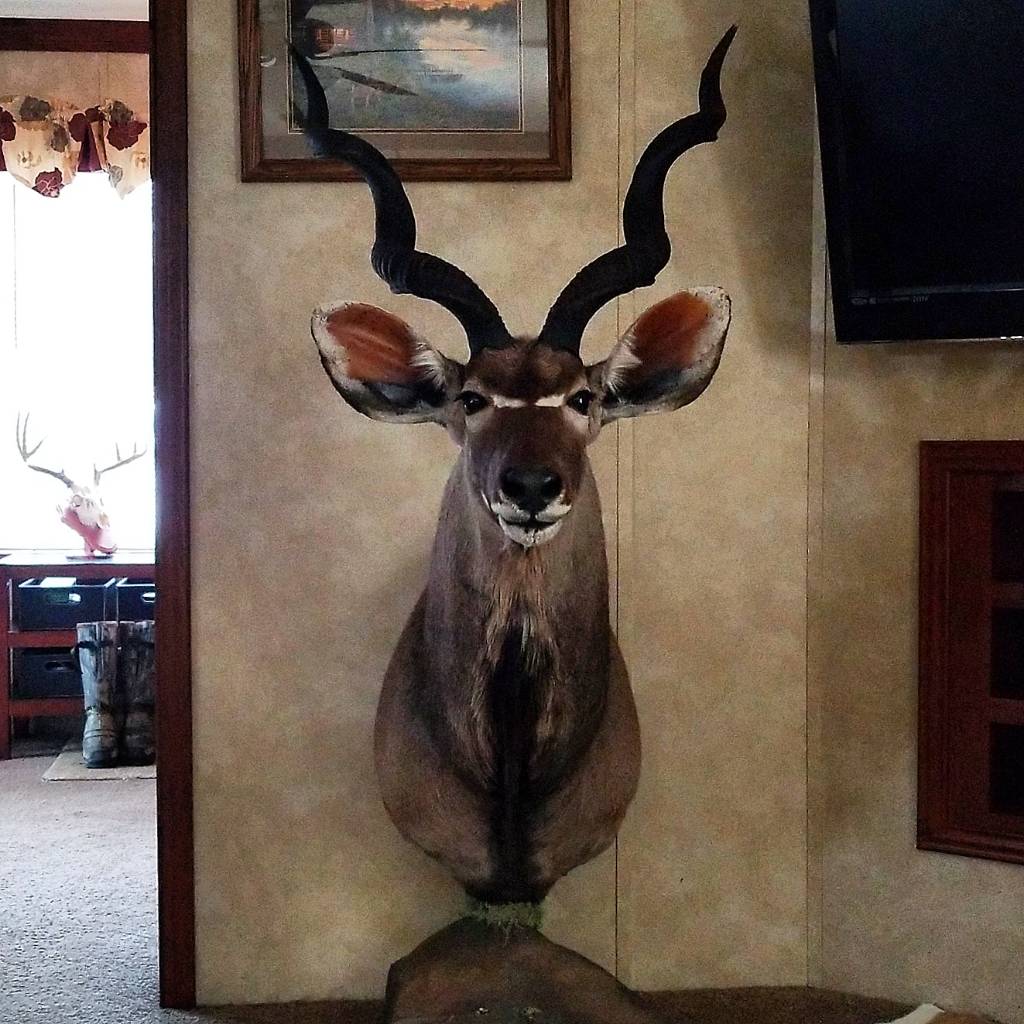 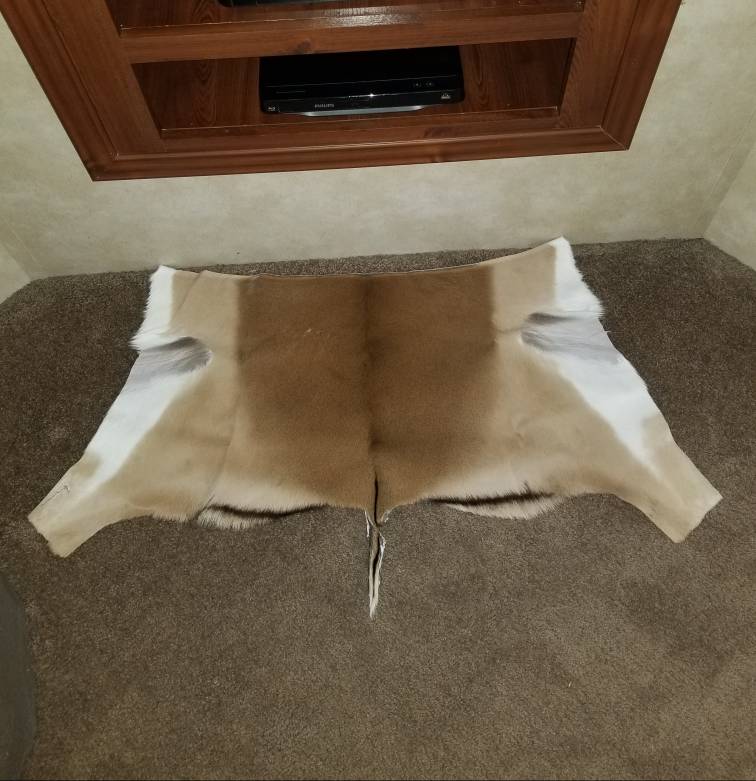