Hunted Moretla Safaris property in Limpopo RSA from July 28 to August 3rd, 2019, including the 2 days for pickup and drop off at JoBerg with 5 days overall hunting. Found the staff (Japie, the owner; and hires, Annie and Stephen, the cleaner and tracker/skinner ) and the PH (Tyron and his wife, Anne-Marie) to be friendly and accommodating. The camp and facilities were very comfortable and the food was great. Only issue was WiFi (problem with local cell tower) but Tyron and Japie set up hotspots with their phones so issue addressed.

The hunt was part of the advertised "Sable Deal," posted on Africa Hunting earlier in the year. I am fairly new at hunting Africa (4 previous safaris with two outfits in RSA and Namibia , in 5 different concessions over the past 2 years). These past experiences are what would be best called "fair chase" in that all but one of the concessions were over 10,000 ha and with only one experience of a "canned hunt" (i.e., black-faced impala ram in a fenced area that the animals seemed acclimated to people and received a cell phone message of where exactly the ram was on the property).

I harvested the sable (39-5/8") in the second day but Tyron did not push me for additional trophies or leave me alone. He went the extra mile taking me out on walks for warthog and setting up on waterhole in the AM and PM. Harvested an old pig with character and saw a couple other large trophies with big teeth that did not capitalize on.

Although Moretla Safaris is a relatively small property (500 ha surrounded by high-fence), the feel of the hunt was ethical and fair chase, similar to the past hunting experiences in the larger concessions. The animals responded in a characteristic "wild" manner when encountered and it took some strategy to harvest the sable while stalking the bush veld and along roads/trails. There is plenty of cover for the animals. In no way, would I describe the hunt as "canned." For anyone who is interested in a package for different animals of trophy quality and hedging their bet for the harvest opportunity, I would recommend Moretla. The opportunity for encountering the animals is increased given the property size but still is spot and stalk, entirely on foot. 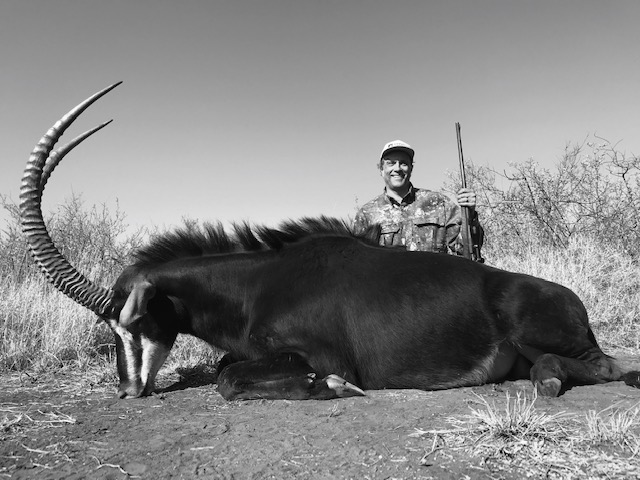 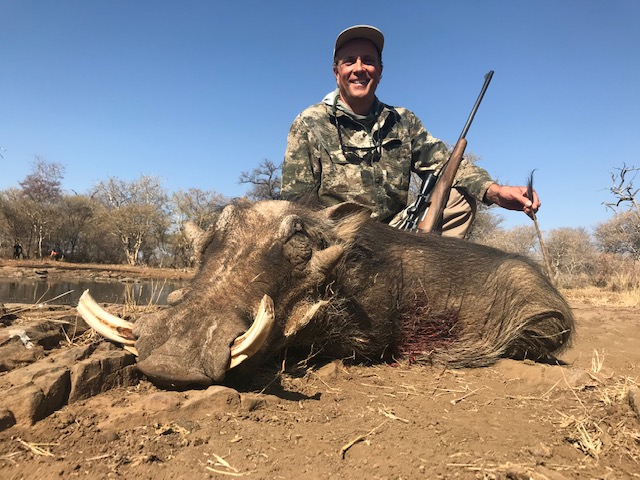 Thanks for your review. I saw a Sable, Nyala, Zebra package on AH that I was interested in, but was concerned about the small land size. I might have to book one if he does that package again.

Thanks for the report, congrats on a very nice sable and warthog

Thanks for the report- were there other trophy sable bulls on the property available or did you feel you were hunting one ?

Love the tusks on that hog. Tons of character.

buck wild said:
Thanks for the report- were there other trophy sable bulls on the property available or did you feel you were hunting one ?
Click to expand...

There were a number of smaller bulls (approx. 12 others that I did see), cows and a calf on the property but I believe this was the biggest one. I am thinking that with this deal and other hunters that were there earlier in the year, that those bulls over 40" have been already harvested. It's possible that Moretla has another area to take hunters to for bigger bulls.

Thanks for the review, nice sable! Can you imagine how big the warthog would be if all the tusks were intact!

Hi Chris thank you for a great review we glad to hear you enjoyed as much as we did.
Hunting reports on AfricaHunting.com for Moretla Safaris:
- https://www.africahunting.com/threa...ence-in-south-africa-at-moretla-safari.44341/