So the kids wanted to horseback riding. But in the states not many will allow a 6 year old to ride a horse alone on a trail ride, thus I found this as an excellent way of going back to Africa with the family. What was originally planned as a week family vacation at a dude ranch in the states turned into 6 days of hunting at Limcroma, 4 days of Horseback riding at Ant's Hill (separate report) and then me going to Zimbabwe for Cape Buffalo, with Mabalabala. (Separate Report) If any of you are wondering how I went from 6 days out west to 21 days in Africa and got that by the wife, I am still trying to figure that out, so I can repeat it.

Ourfitter - Limcroma Safaris
PH - Aart Van Den Brink
Planned - Aug. 1st - Aug. 7th, 2018
Limpopo Province along the Botswana border. Limcroma's name comes from the combination of three rivers. The Crocodile and the Marico Rivers combine to form the Limpopo. Where they meet is part of their property.

July 30th the night before we are supposed to leave we get a text msg from South African Airways that our plane is delayed 12 hours. So instead of getting in 8/1 at 8am we land at 7:30pm into Tambo airport. The airline puts us up in Southern Sun Hotel, which was excellent, and we planned on heading to camp in the AM. Unfortunately, this means we missed 8/1 afternoon hunt and 8/2 morning hunt.


8/2 – Get picked up by 3rd party van company arranged by Limcroma and it is an easy and comfortable 3 hour ride to where Limcroma picks us up for the last hour to camp on dirt roads. We are staying at the new lodge. Which will soon be the semi-new lodge as they are building a third lodge nearby. The lodge is in the middle of one of the hunting grounds. It has 7 or 8 rooms that are large, well-decorated, have A/C, a walk in closet, large bathroom with a dual sinks, tub, indoor and outdoor shower. The rooms are really impressive and on par for some fine hotels. To compliment the rooms the camp also has an outdoor firepit, braai, indoor/outdoor bar and large eating/relaxing area. Not completed yet, is a dedicated spa area with hot tub and an indoor entertainment room that I assume will have a pool table, etc.


The staff and food at Limcroma are what you expect, very good and plentiful. Not a lot of game meat but seconds and sometimes thirds were always taken.


The hunting was done on tracks of land all within 30 minutes from camp. That was my requirement. some of them I consider on the smaller side and some that were very large. But in all cases the animals were in many ways harder to hunt than unfenced animals. I will say that some of the smaller tracts were the hardest to hunt as the cover was extensive. In many areas we saw plenty of spoor but were unable to locate and stalk them. The hunting here is spot and stalk for rifle hunters and the stalks are shorter but more numerous than some of the unfenced areas I have hunted in Namibia. Different hunting but just as enjoyable and probably more exciting.


The quality of game and numbers are excellent and my PH Aart Van Den Brink went out of his way to ensure that I and my family were well taken care of and that we got onto animals. Aart cares about taking mature animals. We hunted bushbuck on an absolutely gorgeous property bordering the Limpopo river. We saw at least 50 busbuck per hunt but none that Aart would let me shoot, we were looking for a 15inch or bigger, his requirement, and it didn’t happen. This is not a negative but to highlight the hunting philosophy at Limcroma. I mean it as a positive and a compliment.


Back to Aart going out of his way to make this trip memorable, this was a family trip that included my family with four kids and a friend and his two kids. I had a want target of opportunity want list, three of my older kids had their traget list and one of our family friends was going hunting for the first time. Couple this with the plane being delayed and two days of excursions the family wanted to do, did not leave a lot of time. Because of this Aart, by the third day and without us asking, solicited two other PH’s, now totaling three Ph’s to take 1)my daughter and I, 2) my son and family friend, and 3) my other daughter and my wife hunting separately. In my opinion, 1) not many organizations have that flexibility, 2) have the class to just charge me the additional trophy fees and not an additional PH per day fee. I was very impressed and ultimately it worked out great.


I was able to take a waterbuck, nyala, blue wildebeest and steenbok.


Mind you this was all in 5 days of hunting. Although we did not plan on taking that many animals, the saying goes “take what Africa gives you”.


In addition to all of this, the kids were not hunting two of the days for excellent trips to a predator park and an elephant encounter. One lunch the girls all got massages and there nails done in camp between hunting. I was not at the any of the excursions but all three got rave reviews from the family.

Lastly, Aart’s finance, Karen, was able to organize a ceremony for my wife and I to renew our vows on our 20 year anniversary. On the banks of the Limpopo River with Botswana across the water, we had a quick ceremony with all the kids participating, fire, sundowners and appetizers. I got a lot of points with the wifey on that one as it was a complete surprise to everyone.


I don’t have all the pictures of all the animals, still working through the ton of cameras we brought. But here are some of them.

Last note, as most know we paid the day rates prior to leaving on the trip. The plane was delayed which means we missed a night in Limcroma, would you believe they took that night and the day fees associated with that off the final bill! I do not know of another instance where this would happen.


If the Limpopo province is on your list of places to hunt, and it should be, then without reservation I can recommend Limcroma Safaris and Aart Van den Brink. Good honest people providing an excellent hunt and experience. 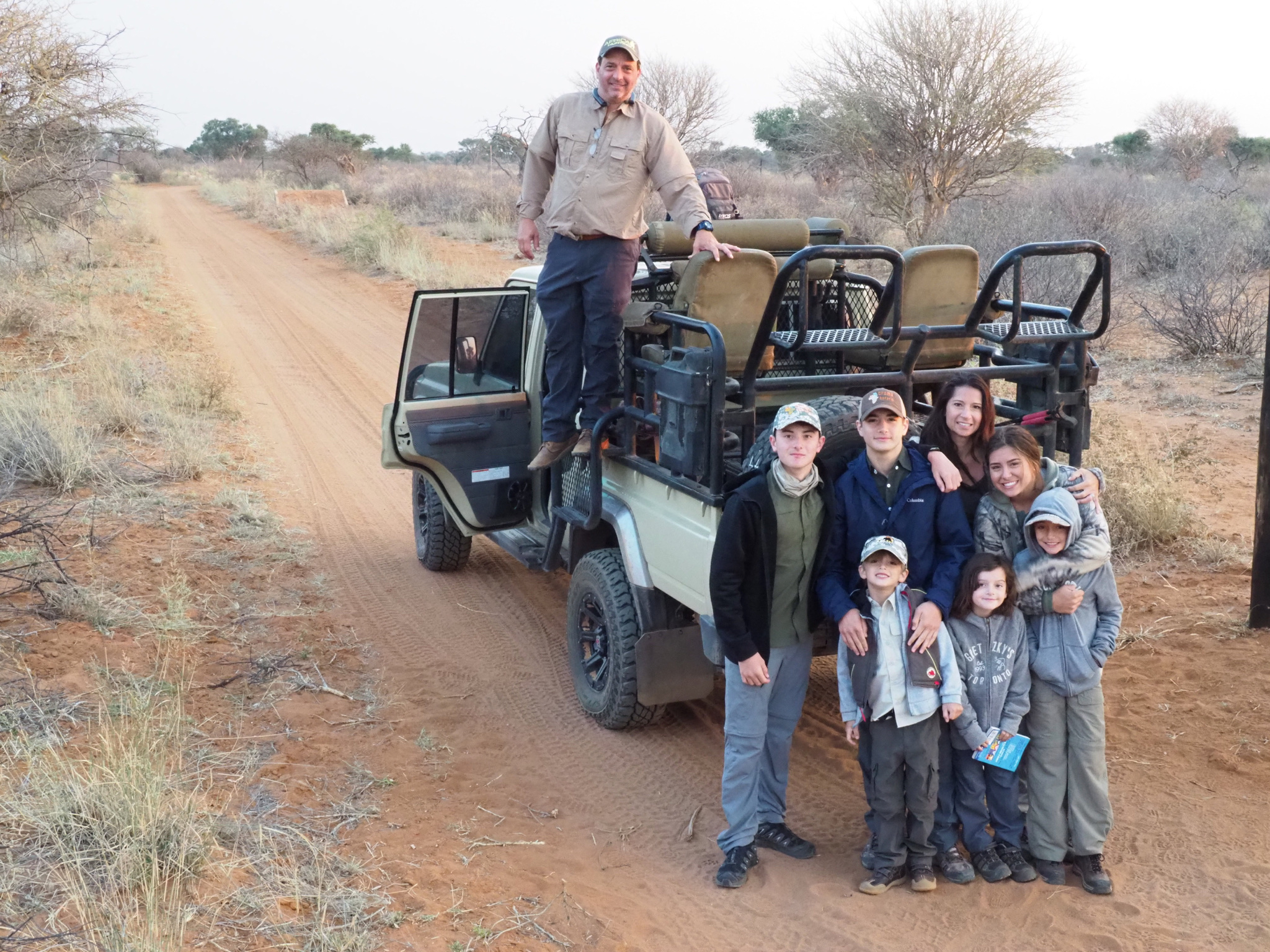 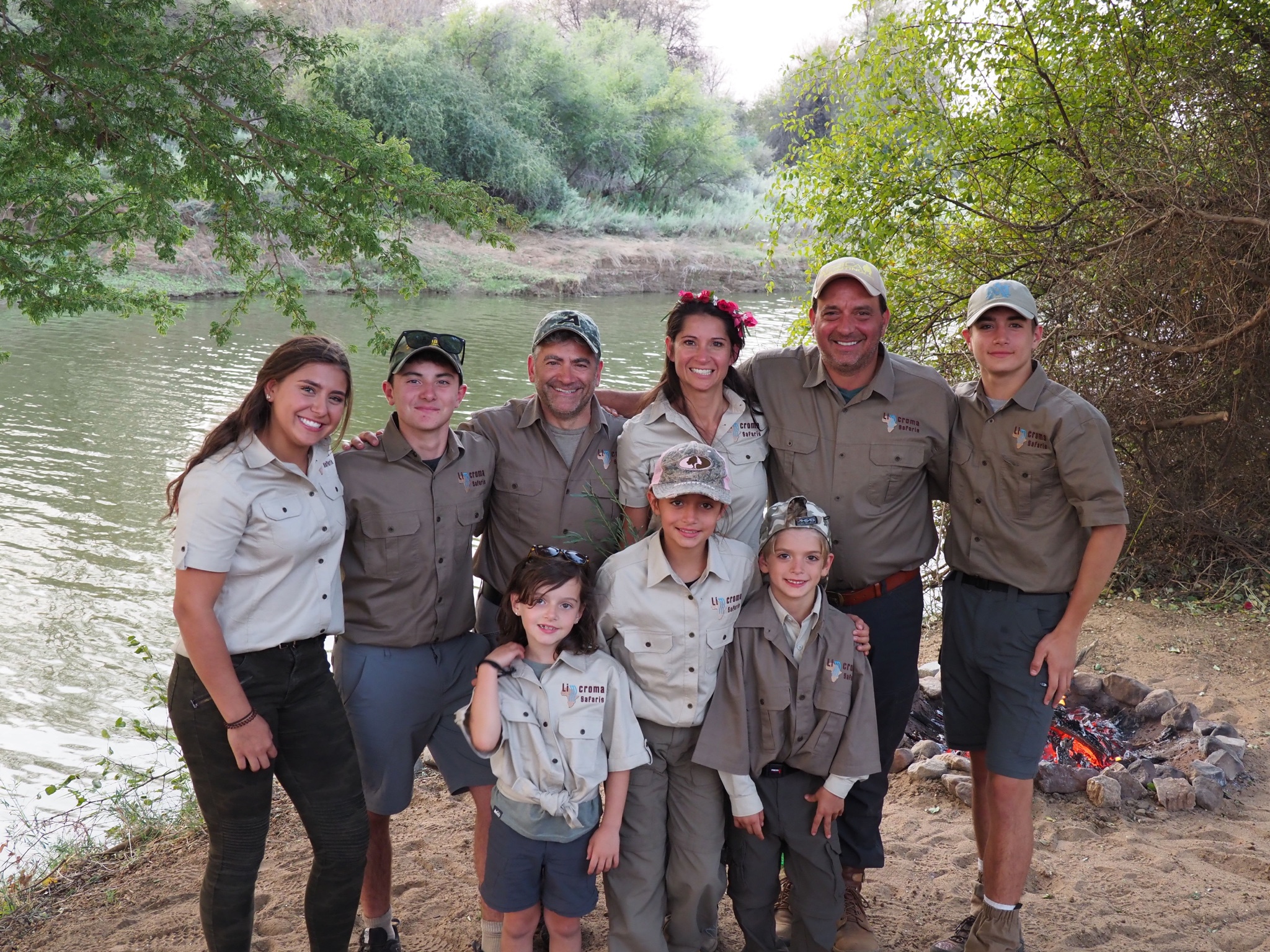 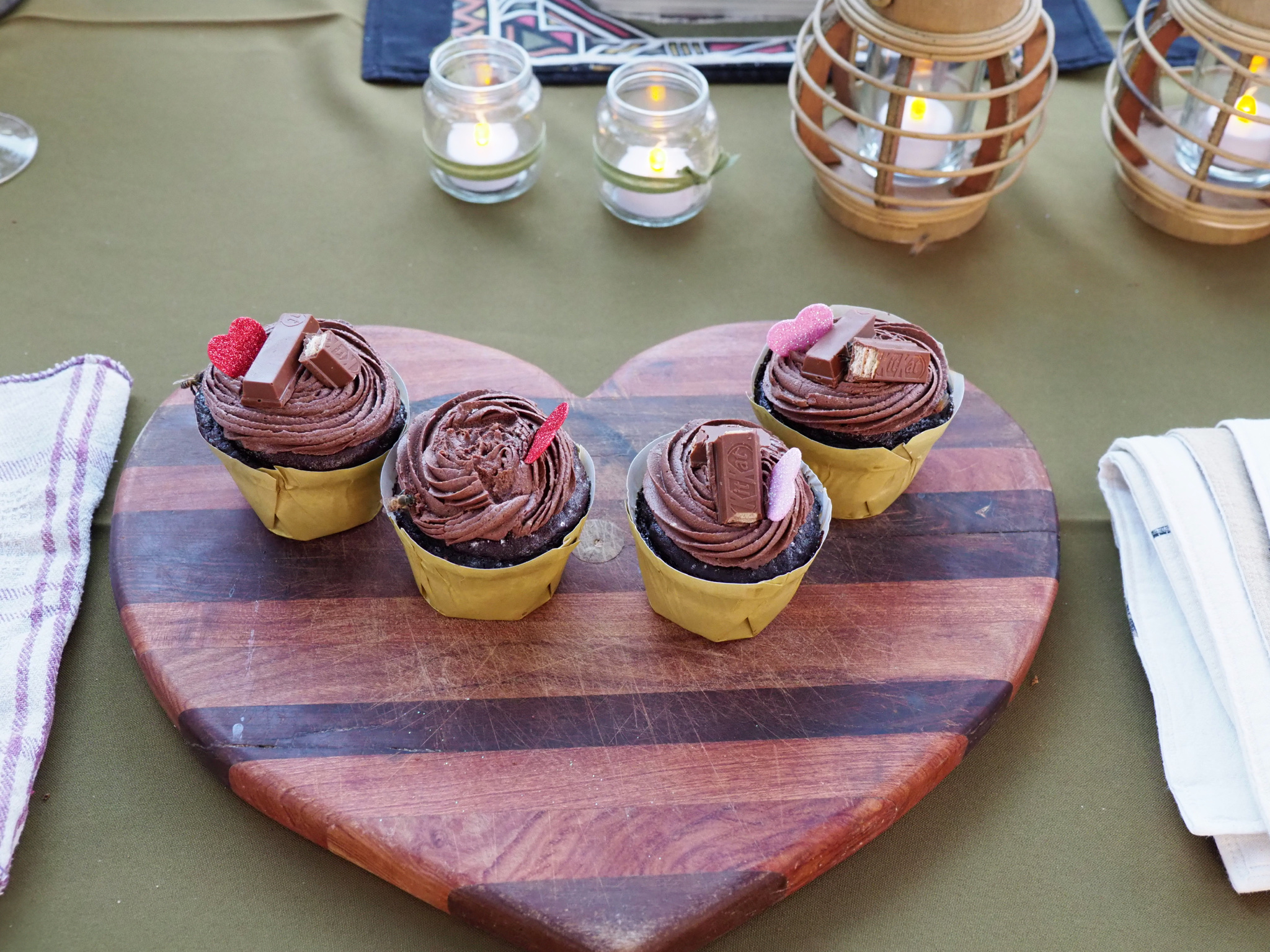 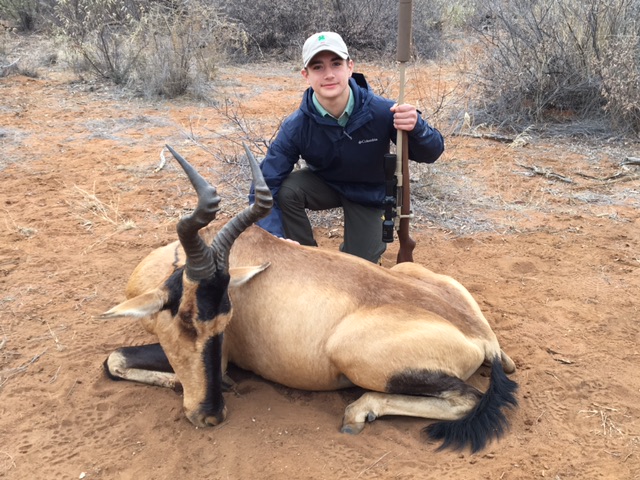 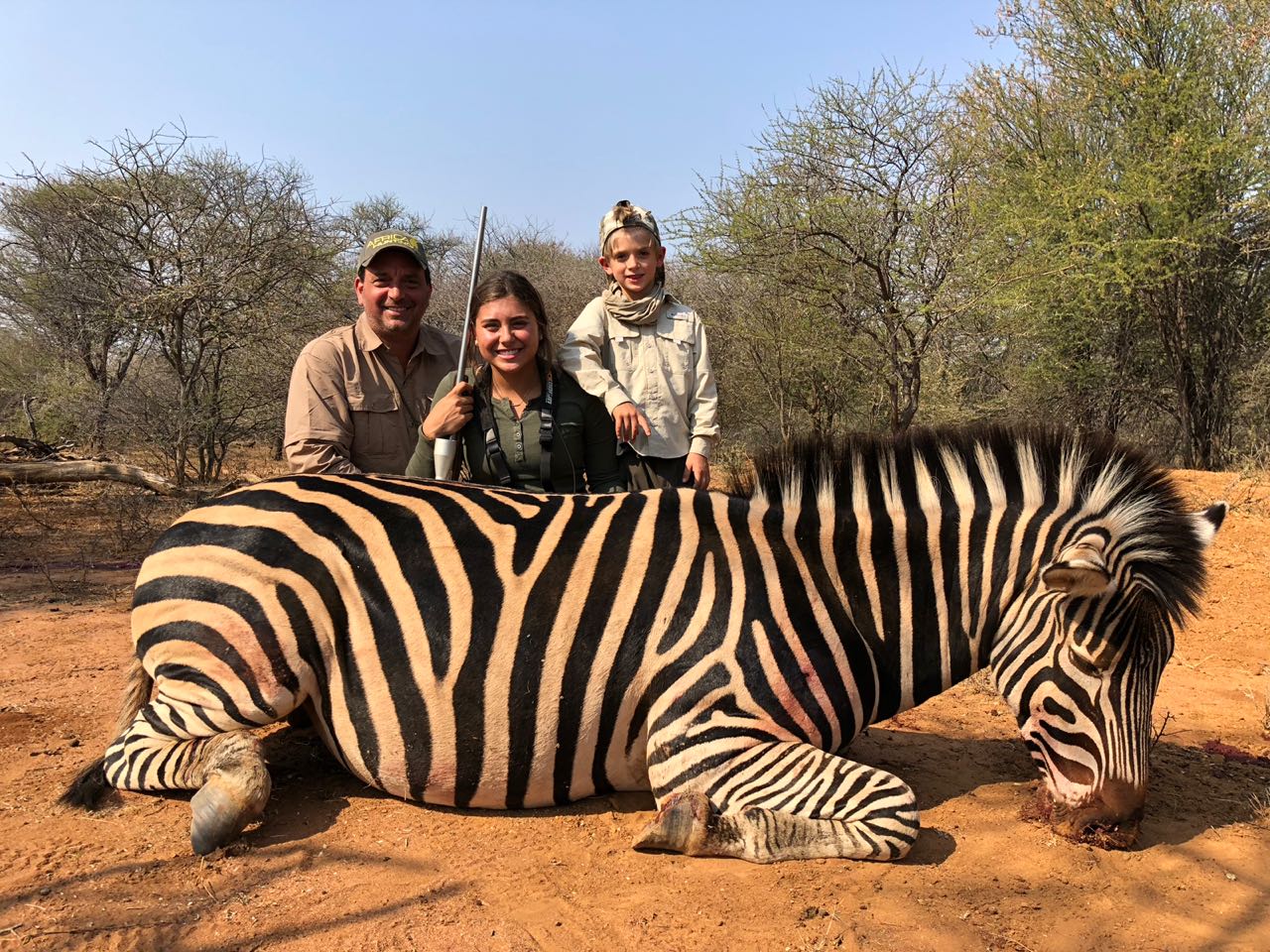 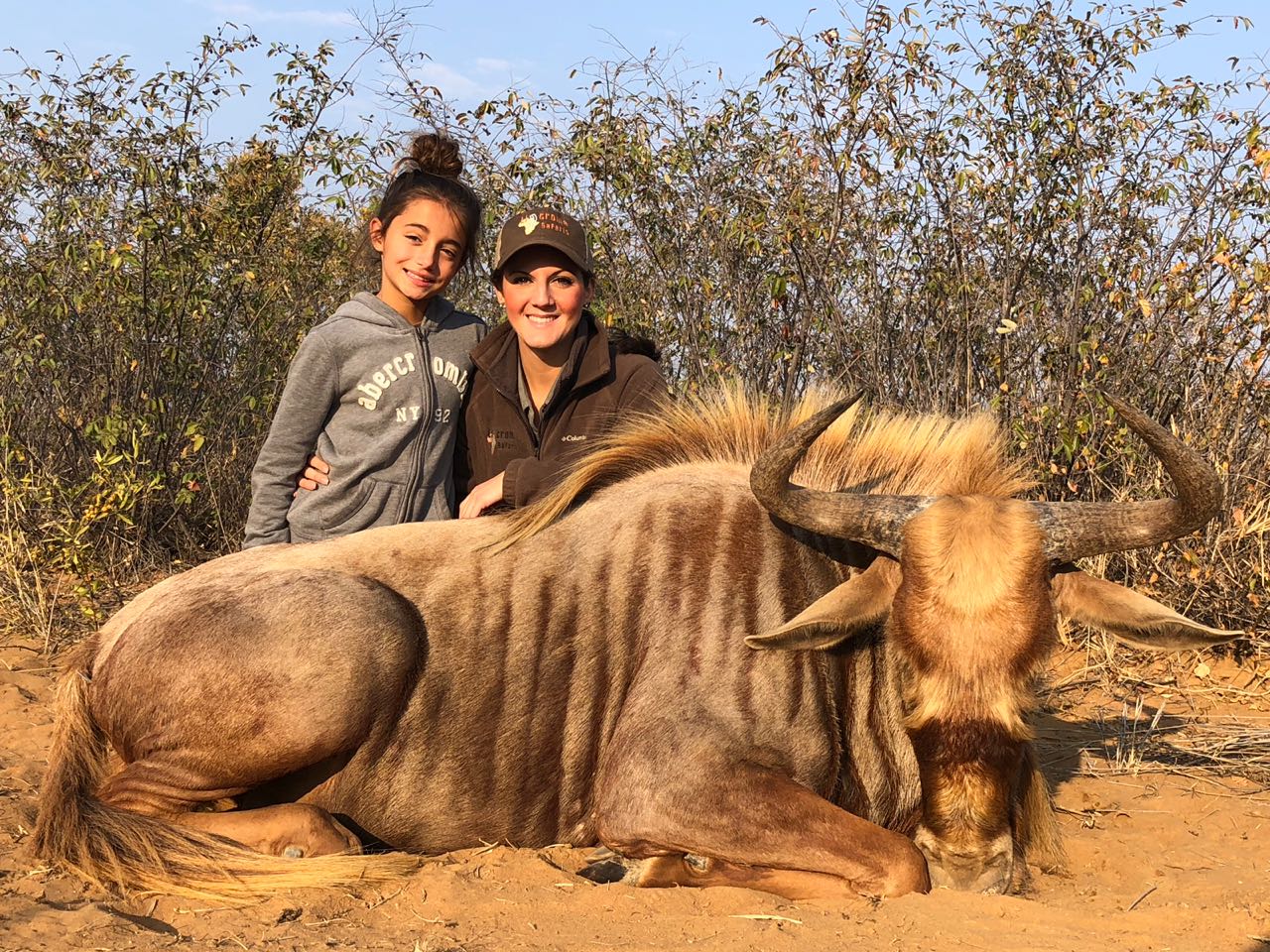 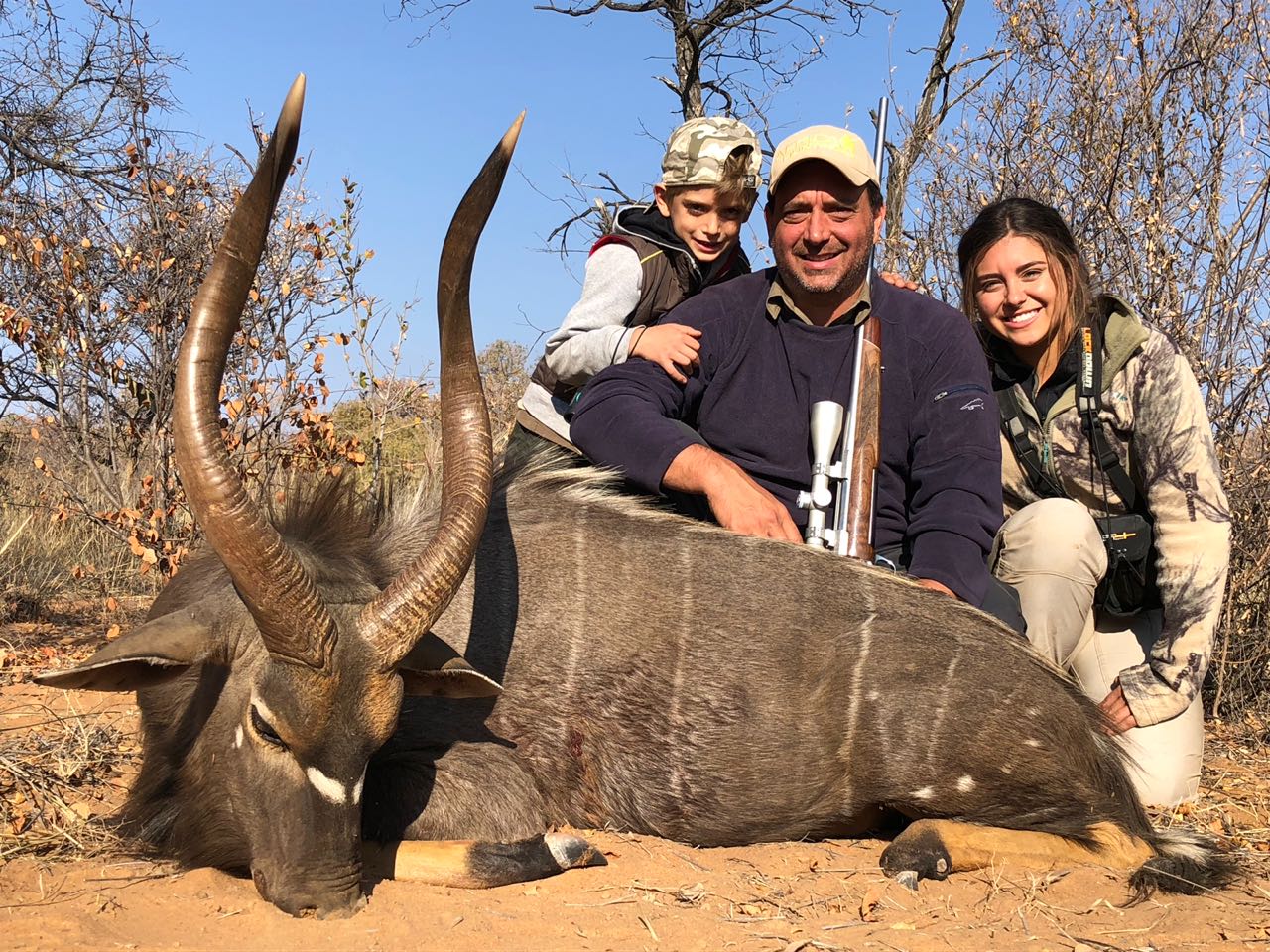 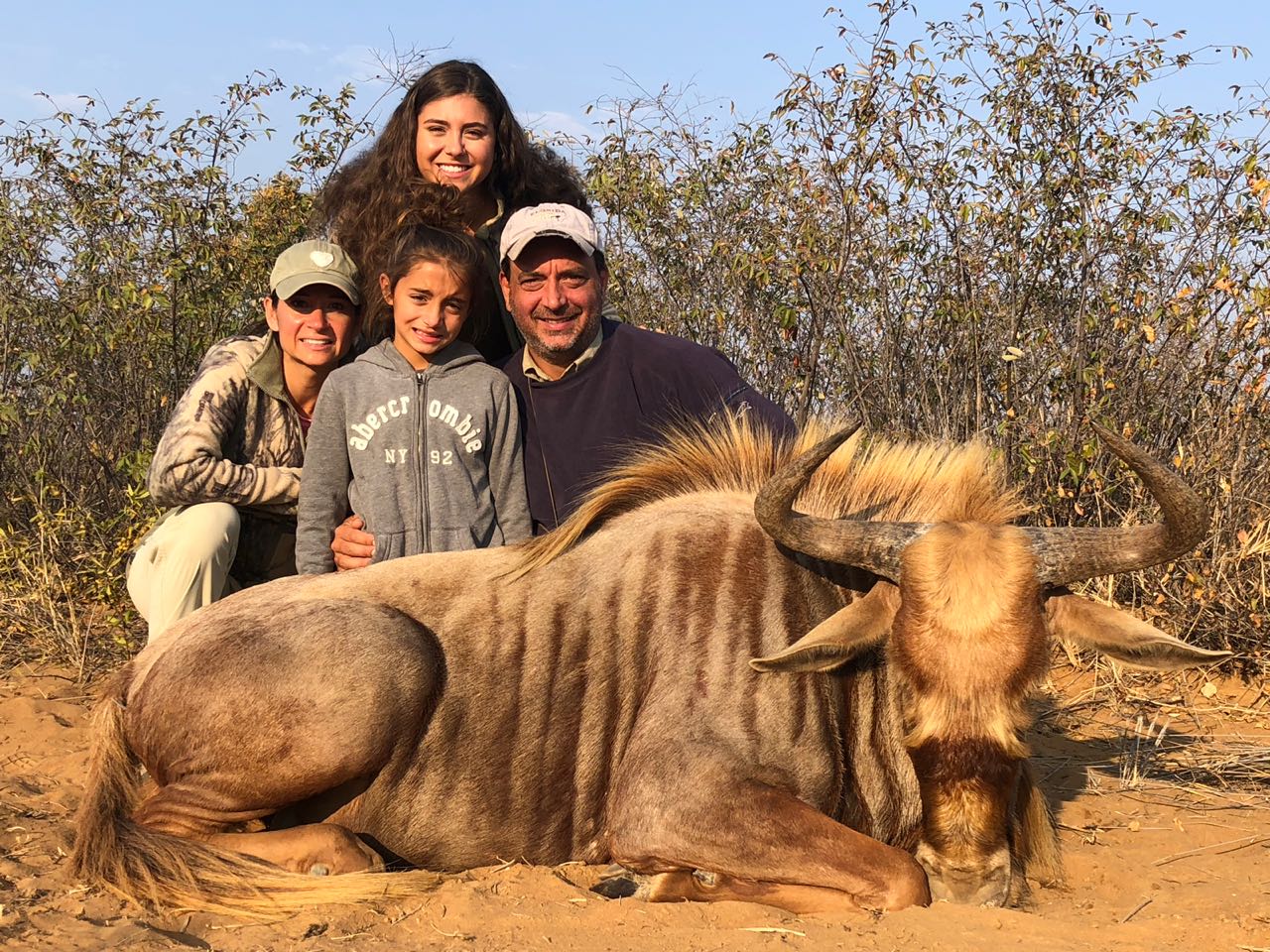 Those who would give up essential Liberty, to purchase a little temporary Safety, deserve neither Liberty nor Safety. Ben Franklin

Looks like Limcroma went above and beyond. Congrats on an excellent hunt that the kids will remember forever. Good times.
Bruce

Sounds like a great time with family!! Look forward to more pics when you post them!
John 3:16

What an absolutely wonderful time with the family! And the kids taking their first big game animals! How fun!
Africa on my mind.

That is absolutely incredible!! What an experience and shared with the whole family!!! I am truly jealous!
Congratulations great hunt, nice trophies all around, and unbelievable memories! Did I mention I was jealous,lol.

Oh and I almost forgot,if you do come up with how you pulled the switcheroo
please let the rest of us know
Last edited: Aug 31, 2018

Congrats for a great family experience, and yes, the Limpopo can provide very good hunting .

Glad to hear you had such a good time. My wife and I hunted with Limcroma this past May. What a nice bunch of people they have there. We can't wait to go back.

What a wonderful family safari. Congratulations on great trophies and even better memories! I'm not surprised to hear that Limcroma went above and beyond adding personal touches to your safari. We had similar experiences on our own safari with them. During our trip the camp chef Marcel surprised us with a birthday cake for my young daughter after dinner one evening. The entire staff sang happy birthday to her and even gave her some "African" gifts. I still don't know how they knew it was her birthday, but it was a wonderful gesture that made the trip for her.

Congrats and well done. Lifetime of family memories right there.

Sounds like you guys had a great family vacation and hunt. Limcroma surely did their part to make that happen. As you stated, there is more to this story. I'm looking forward to rest of it.

Very cool! I would love to do a trip like that with my wife and 4 young boys someday. You report got me pumped. Thanks for sharing.

Congratulations of some great trophies & amazing photos. It's great to see the whole family hunting together. It's all of the small details that the folks at Limcroma add which separates them from all the others in my opinion. I'm happy to hear that they are still delivering on that standard. Thanks for sharing your report.
"They who can give up essential liberty to obtain a little temporary safety deserve neither liberty nor safety."

Congrats to your family! Some fantastic animals taken by your family.

It was our sincere pleasure hosting you and your wonderful family in camp with us this summer. Congratulations on some fine trophies! We look forward to having you and your family back in camp again one day soon.

It looks like you had a wonderful safari and I especially like the coloring of the wildebeest - beautiful.
I've met several of the people from Limcroma Safaris at an outdoor show and they are true professionals.
I was introduced to them via Lance Hendershot who owns an amazing sporting goods store in Hagerstown, MD.
From what I can gather, Lance has hunted with them at least a dozen times.
I like how Limcroma judge game and the PH's are graded on their judgment of what game to take.
This ensures proper trophy for not only current client, but future ones as well.
Some clients don't see it that way, but in the end you can't make everyone happy and the key is to keep the big picture in mind.

I'm looking forward to reading about your Buffalo hunt.
Also, spill the secret for turning a Dude ranch vacation into a 2 week safari...membership needs to know.

Well done report and congratulations to you and your bride on 20 years.
“They that can give up essential liberty to obtain a little temporary safety deserve neither liberty nor safety.” Benjamin Franklin 1759

So great for the kids! They'll never forget!

Well done, looks like the kids had a great time...oh and you did too I guess
You must log in or register to reply here.