So the last, but not least, animal that was taken on our trip was a white blesbok. This was the first big game animal my wife has ever taken. Whilst Lauren has had a gun licence here in Oz for quite a number of years she was always happy to tag along on every hunt I've done in Africa except one trip taken at short notice. She enjoyed the stalks, the countryside and the animals. Sort of her own private game drive. Anyway months before this trip I had asked if she would like to take an impala on our trip, she said she wasn't fussed but I knew the seed had been sown.
Finally when I had done the hunting I had come for I asked the question if she'd like to hunt an animal. I think that the thrill of Blacks daughter taking her first big game animal struck a chord with Lauren and she decided that if she felt comfortable with the rifle she would like to take an impala, blesbok or, her favourite, a white blesbok.
So after an evening sight in session with the camp rifle we decided that she was right to go. As long as we could get Lauren to within her self imposed limit of 100m of an antelope she would love to have the opportunity.
So next morning we decided to look for impala, blesbok or a white blesbok and headed out to see what we could find. Well bugger me if we shortly came across a mob of antelope with representative rams of all 3 animals. We tried to get Lauren in on the mixed group with impala the target. Unfortunately the impala didn't play the game with just a small window through the thornbush where the animals were feeding. Then a white blesbok came into veiw and it was decided right there that when the animals feeding behind this ram moved away she would take the shot.
At 50m the unsuspecting ram stood broadside and Lauren took up the trigger pressure of the 300WM camp rifle and fired. The ram jumped at the shot and we all decided to wait for a few minutes to let the ram bleed out and expire as we knew the shot was on the money. After a few minutes we circled the bush we were behind and walked up to find Lauren's trophy stone dead not 10m from where the shot had taken out the heart.
I took the time to notice Lauren's reaction to taking a fine animal and she was visibly effected by the moment in the way only a hunter can appreciate.... What have I created?? 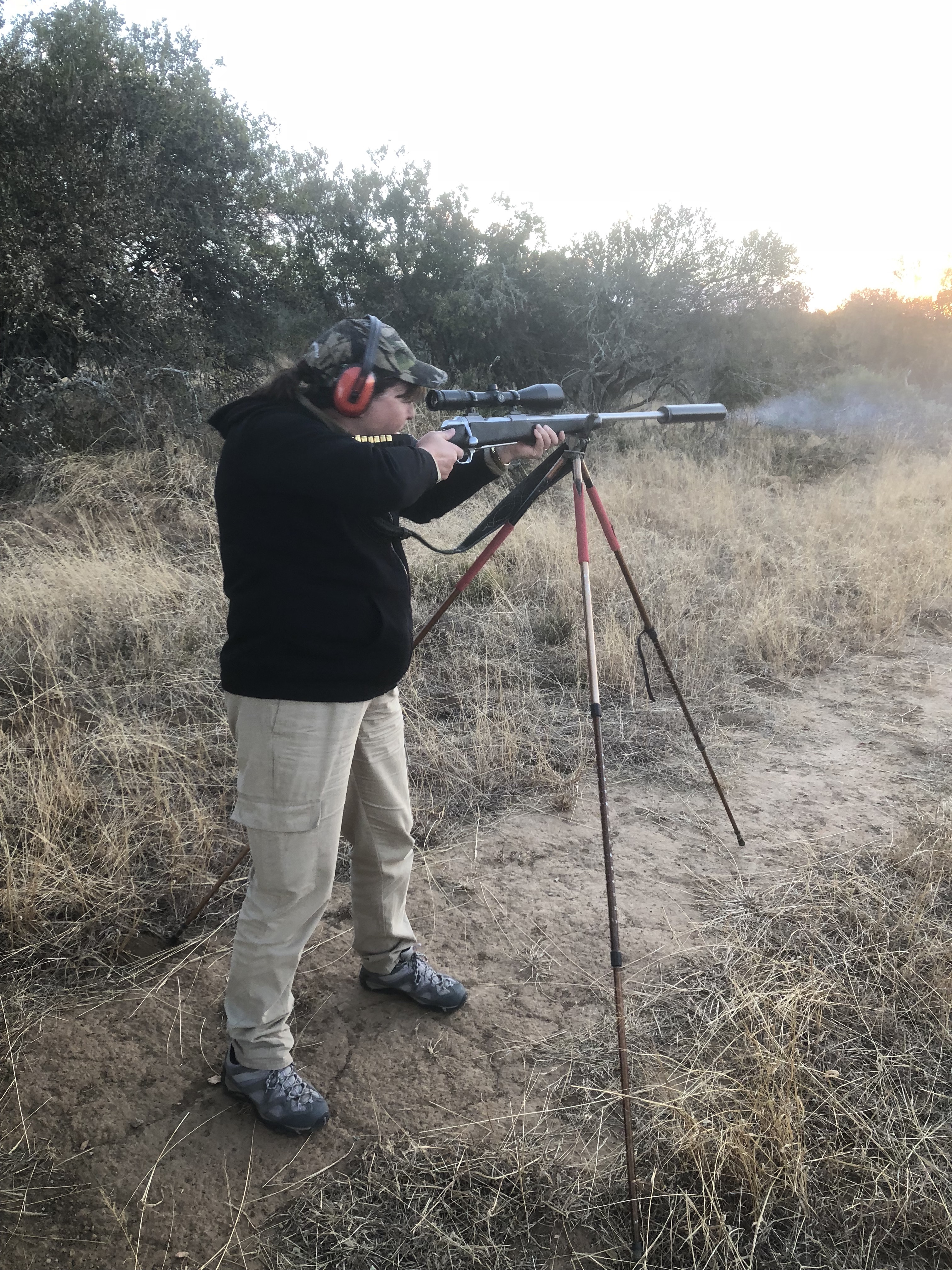 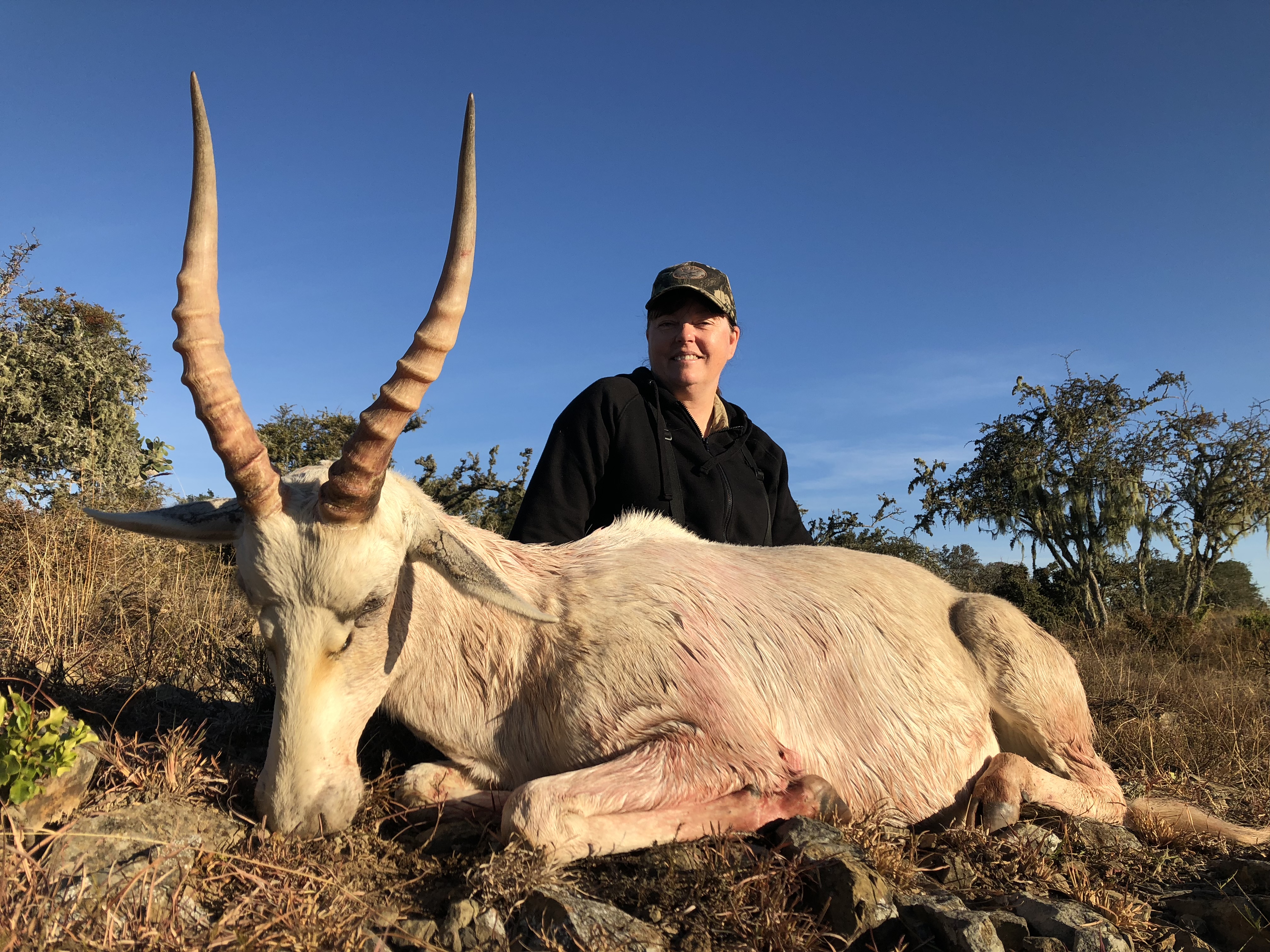 Awesome Lauren. And well written mate. Some fantastic trophies there and awesome memories!!

Just going through a few of my pics and thought I'd throw up a couple more of your hippo from my camera, if you didn't mind!? 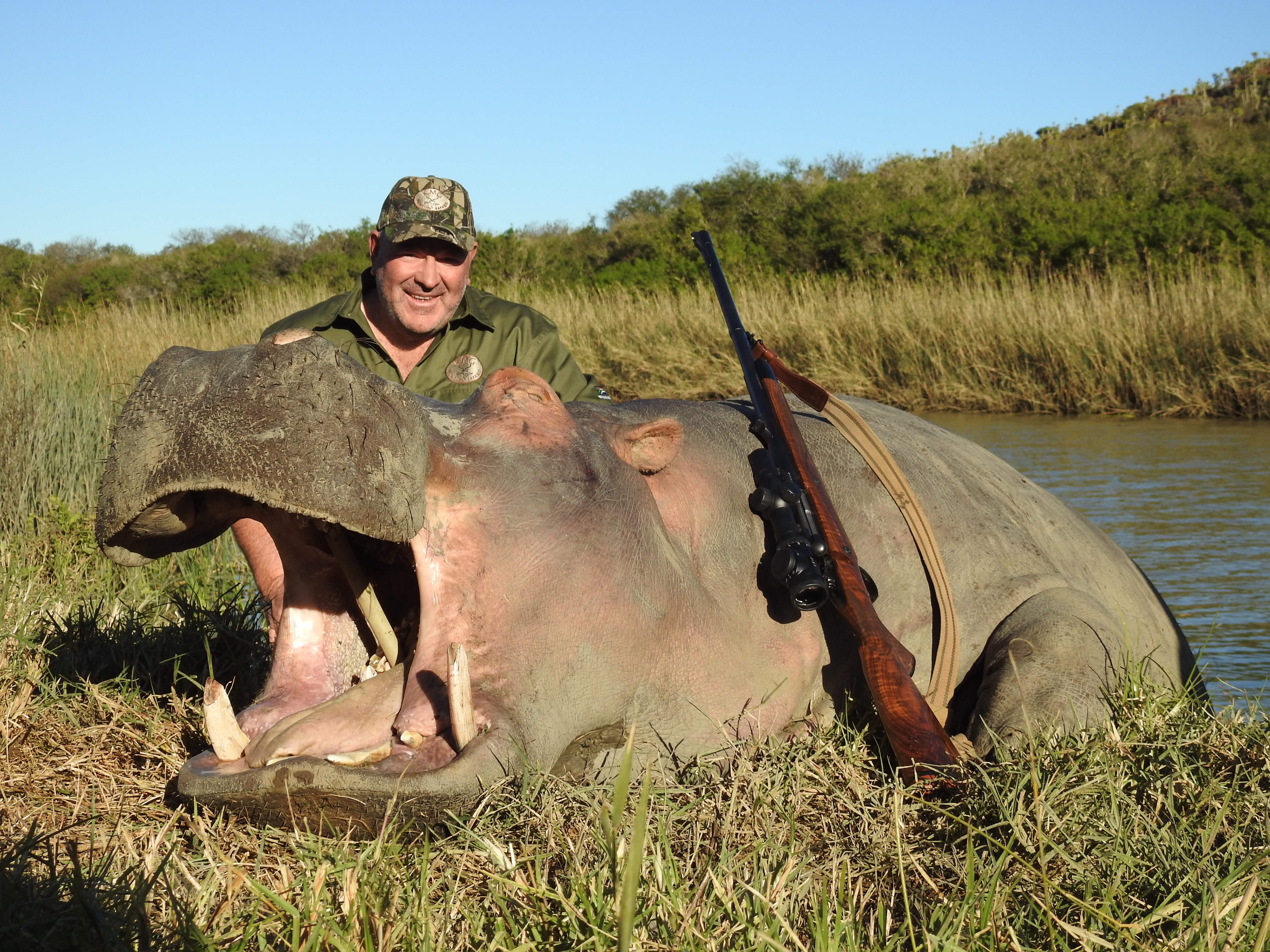 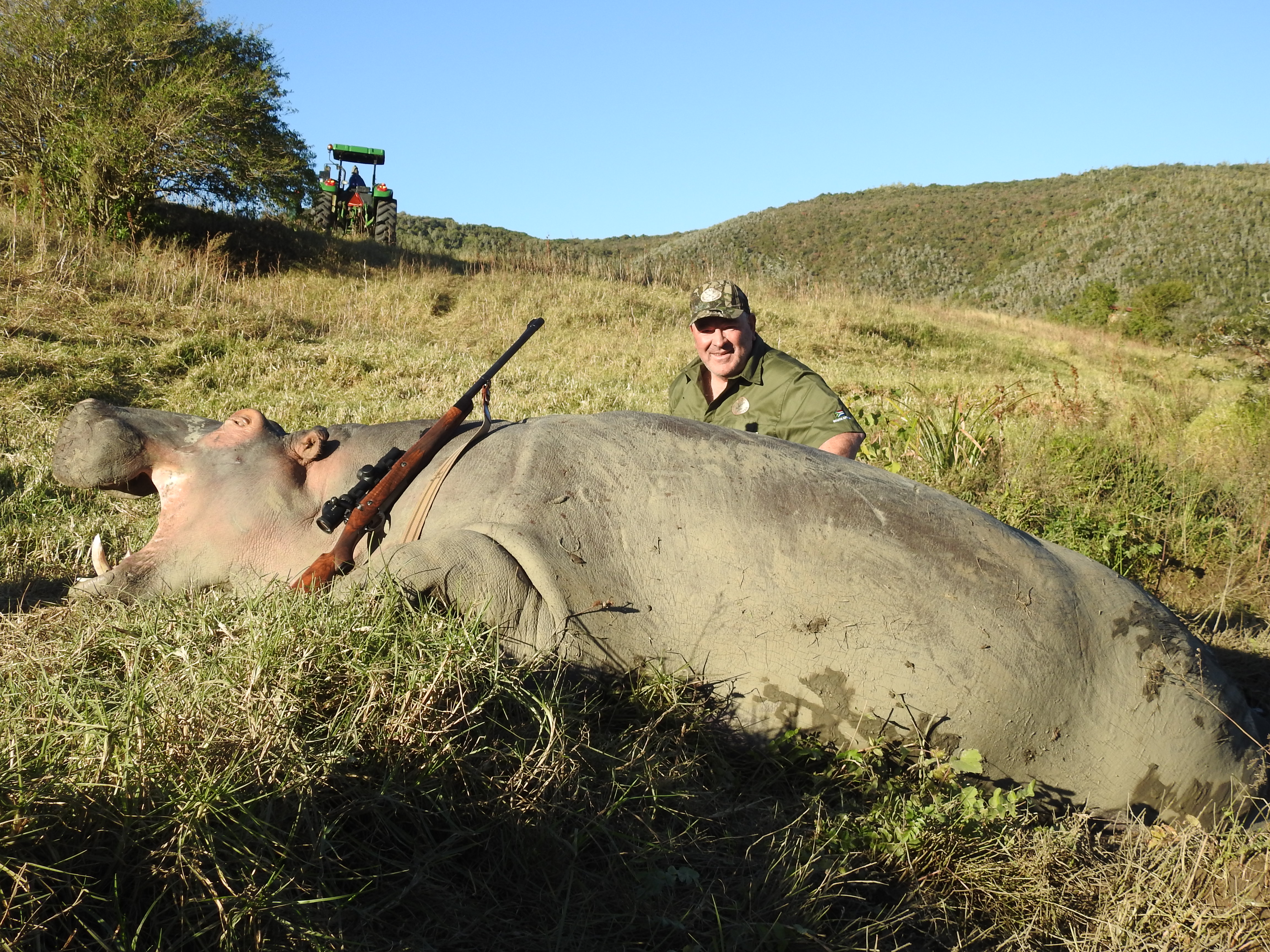 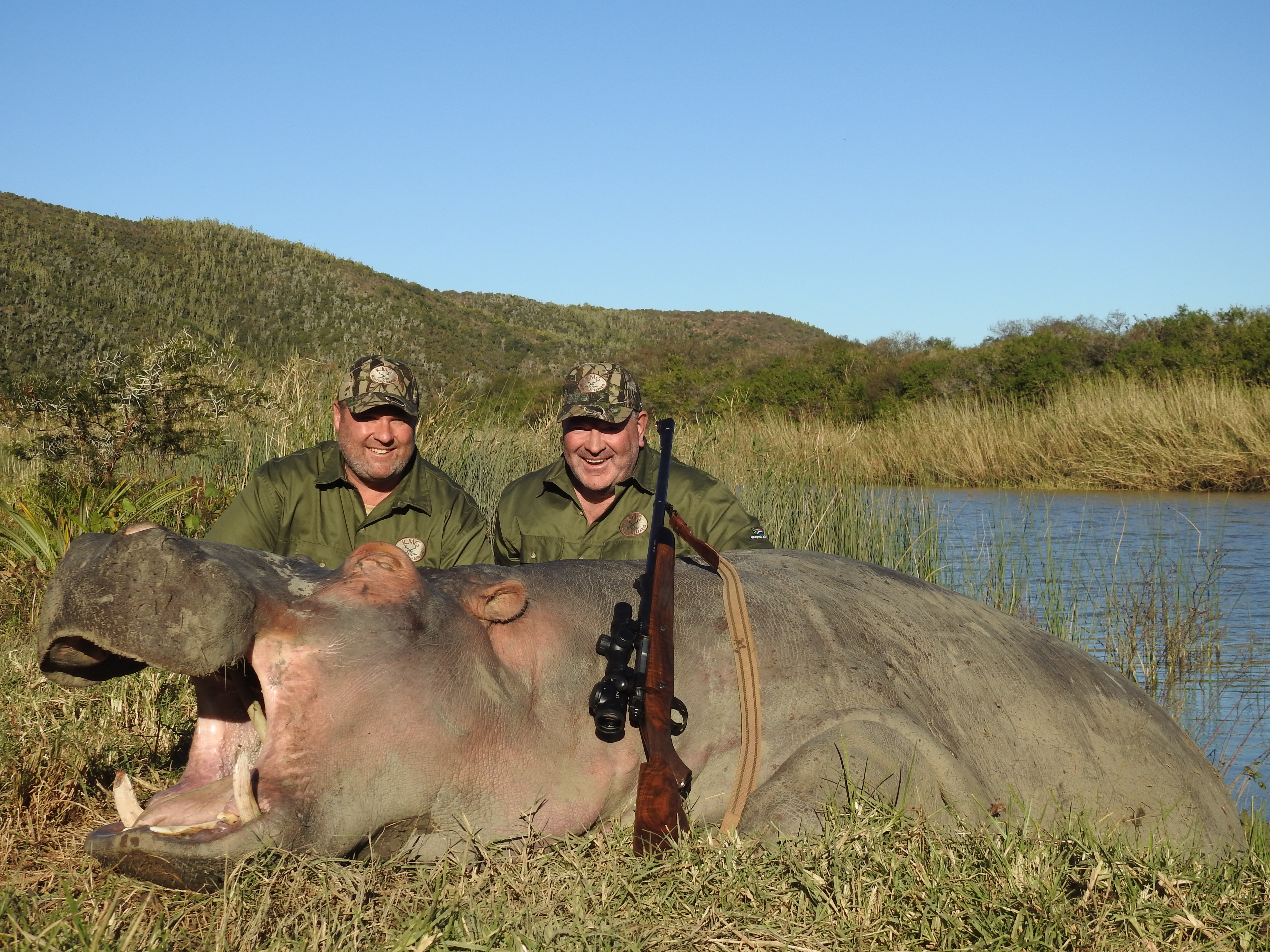 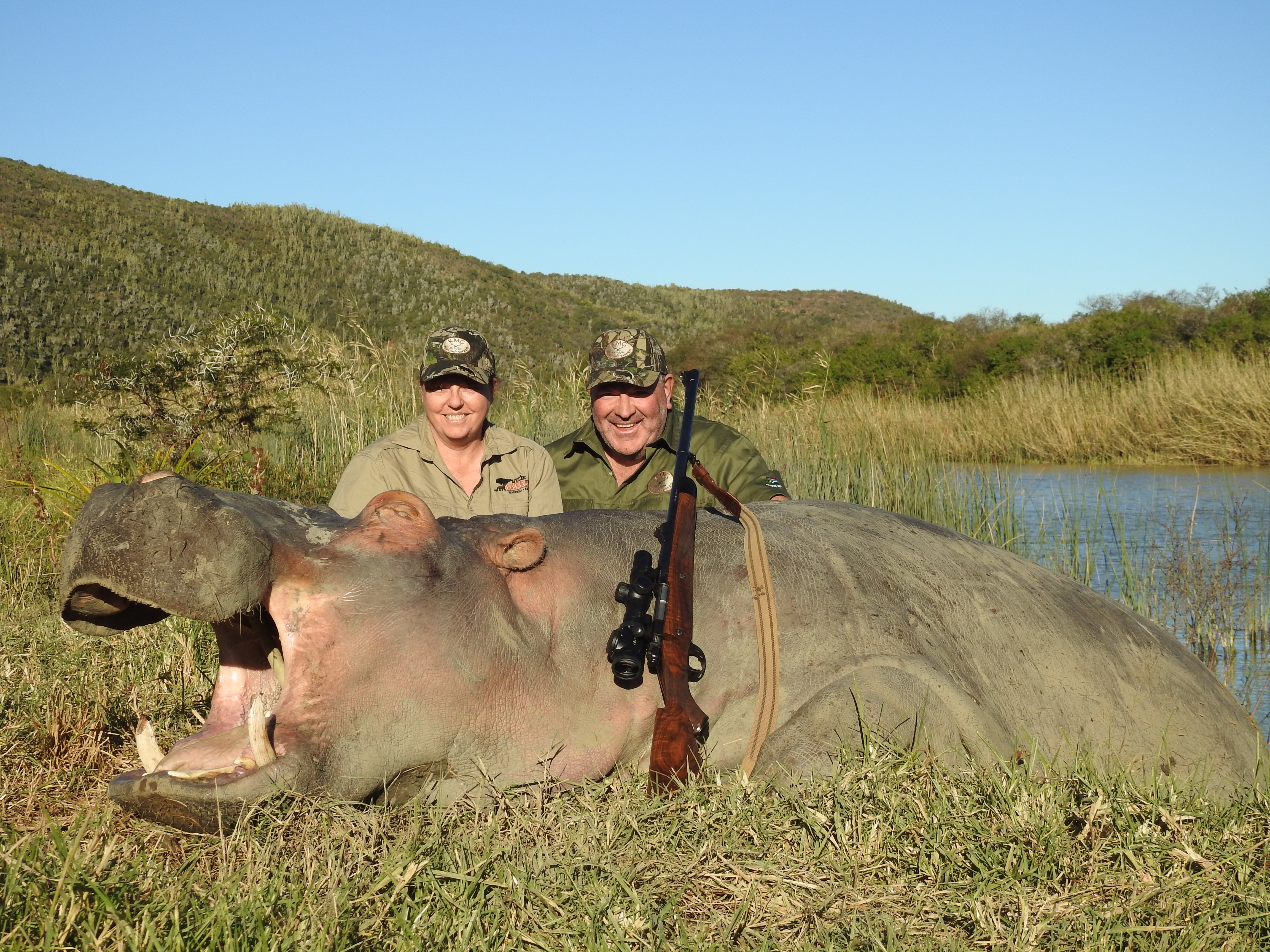 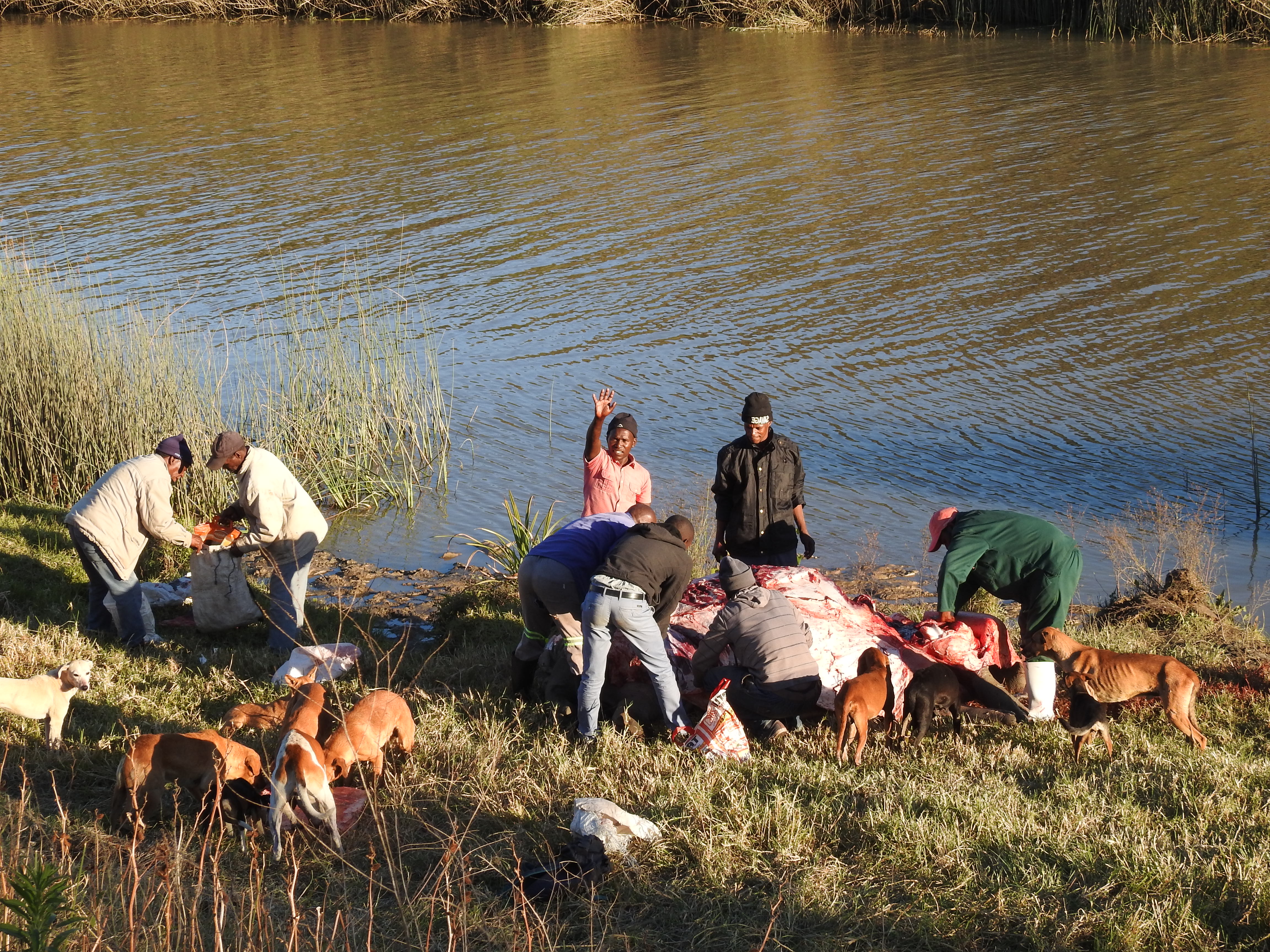 Congrats. You did have a good hunting. Thanks for sharing.

Exactly.
The mess of success!

Love it.
“They that can give up essential liberty to obtain a little temporary safety deserve neither liberty nor safety.” Benjamin Franklin 1759
You must log in or register to reply here.