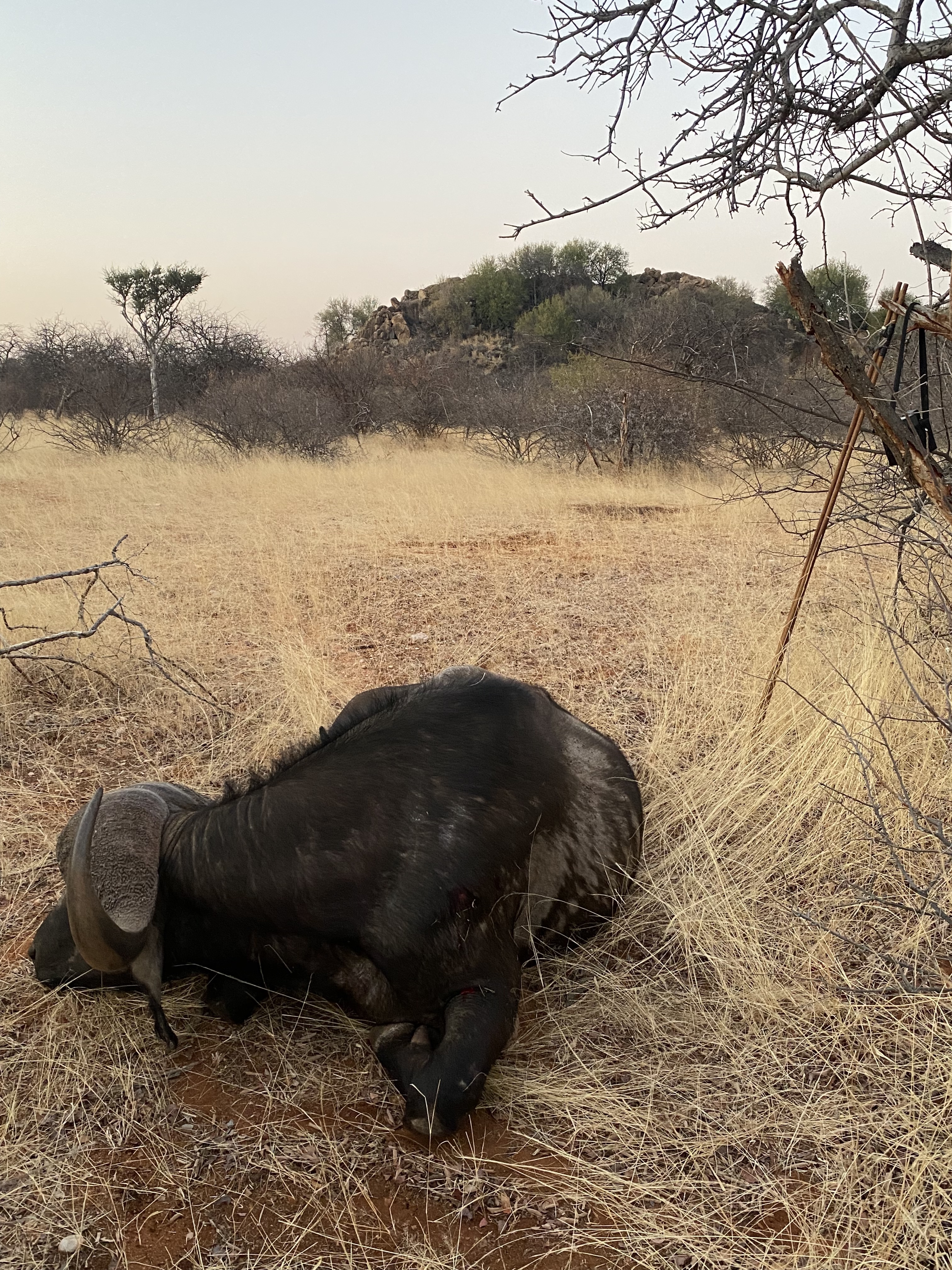 Thanks for the report & glade it came good for you near the end, you will remember & appreciate it more because of that !

Congrats on a good hunt and a good bull. I too hunted with KMS this year and agree with all you have reported. On my hunt the PH ( Chris) had me rest my rifle on his shoulder for the shot, as we were sitting on the ground under too much brush to put up sticks. That’s commitment!
We had a great time with wonderful hospitality and food, and they really do know buffalo. I would hunt with KMS again in a second.

The hardest hunts are the most memorable! Congratulations!

Thanks for a really interesting report. I hope to get that opportunity some day! Your friend, Brian

I too hunted with Ken this year. Had a blast. Can’t wait to do it again.

Congrats for a very nice bull !

@Kkon It sounds like you had a fantastic hunting experience!! Congrats on your fine bull and perseverance.

congratulations and thanks for sharing!
You must log in or register to reply here.