Over 21/2 years ago, I booked a hunt for 3 plus a ride-a-long. After much research I chose @Nick BOWKER HUNTING SOUTH AFRICA as our Outfitter and PH. Nick also has another PH, Ben. That would guide my son and daughter-in-law. Nick himself guided me and my wife when she came along on the hunting sessions.
Upon landing at Port Elizabeth Airport, Nick was waiting to meet us and transport us to his OliveFountain Farm. Now understand this is not a high fence hunt, the only fences are sheep fence that the plains game easily go over, under, and around. So although there are areas where specific species hang out, you may bump into any other species while stalking your animal. I purchased 7 animal packages for the three of us; however, Nick also is willing to trade species or add to your animal choices. You will find his prices are excellent and better than competitive. Your housing will be at OliveFountain; a 5th generation beautiful structure with all modern conveniences. The animals I took were all trophy class and included in order of when I took them: Black Wildebeast, Gemsbuck (oryx), Impala, Nyala, Kudu, Fallow Deer, Waterbok, and Warthog. If you are at all interested in hunting South Africa, check out @Nick BOWKER HUNTING SOUTH AFRICA. I have hunted all my life with numerous sites and outfitters; however, Nick's operation far exceeds anything I have previously done. I might add I am nearly 68 years old and not in very good physical shape, but Nick took the time to make certain I was ready to shoot when our stalk got into shooting range. By the way, when you go to Nick's website, you will see a guy on a beautiful Black Sable. That is my son, Dan. Between him and his wife, they took 10 different animals.
Last edited by a moderator: Apr 14, 2021

Some pics from Dave’s Safari 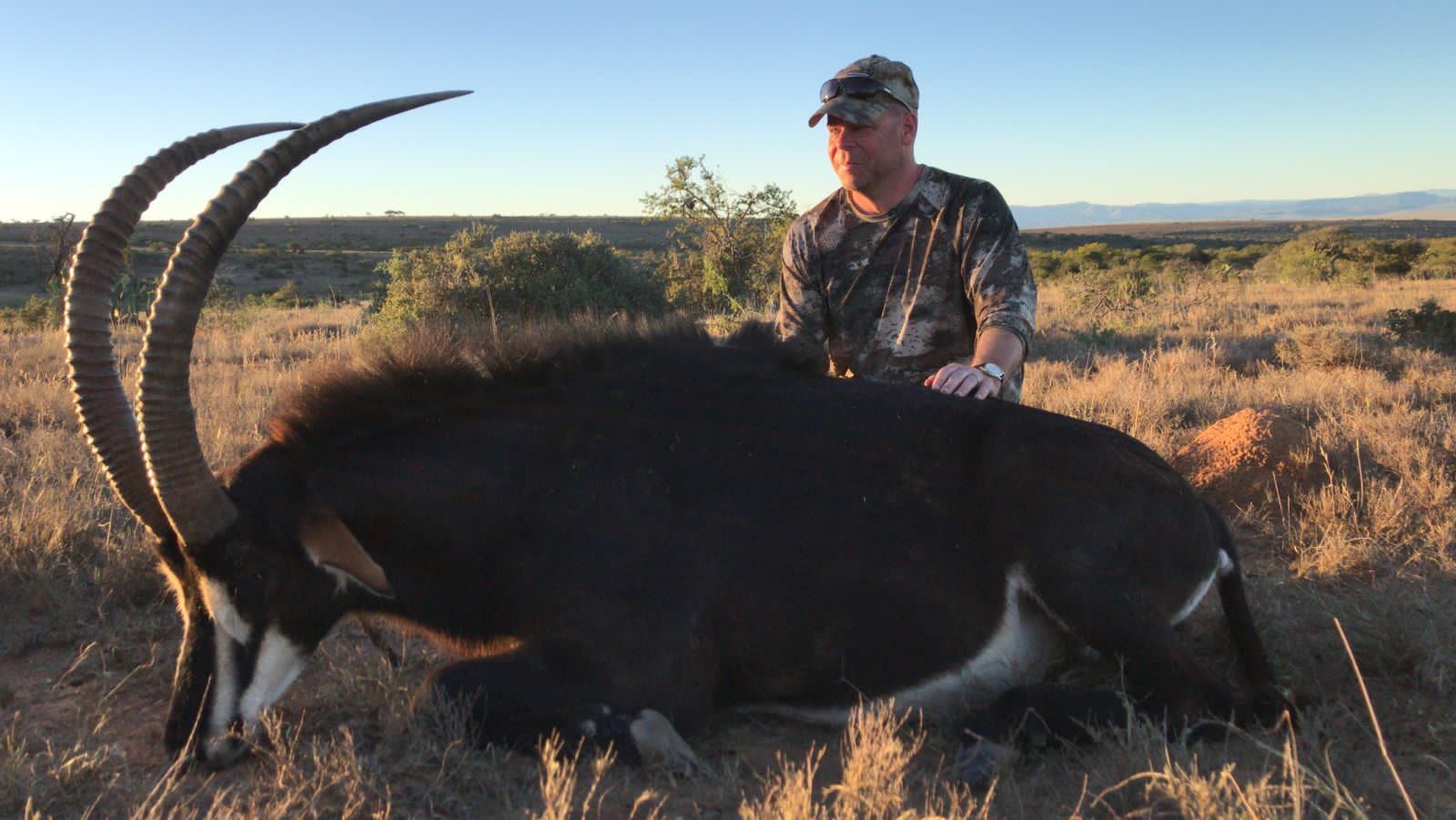 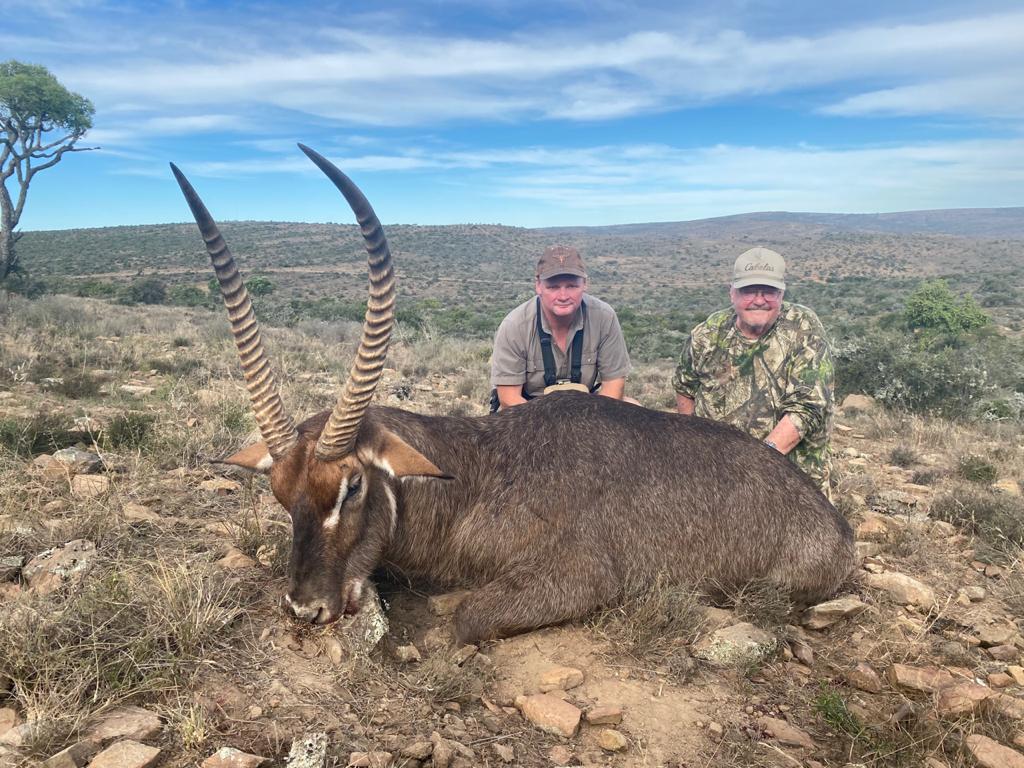 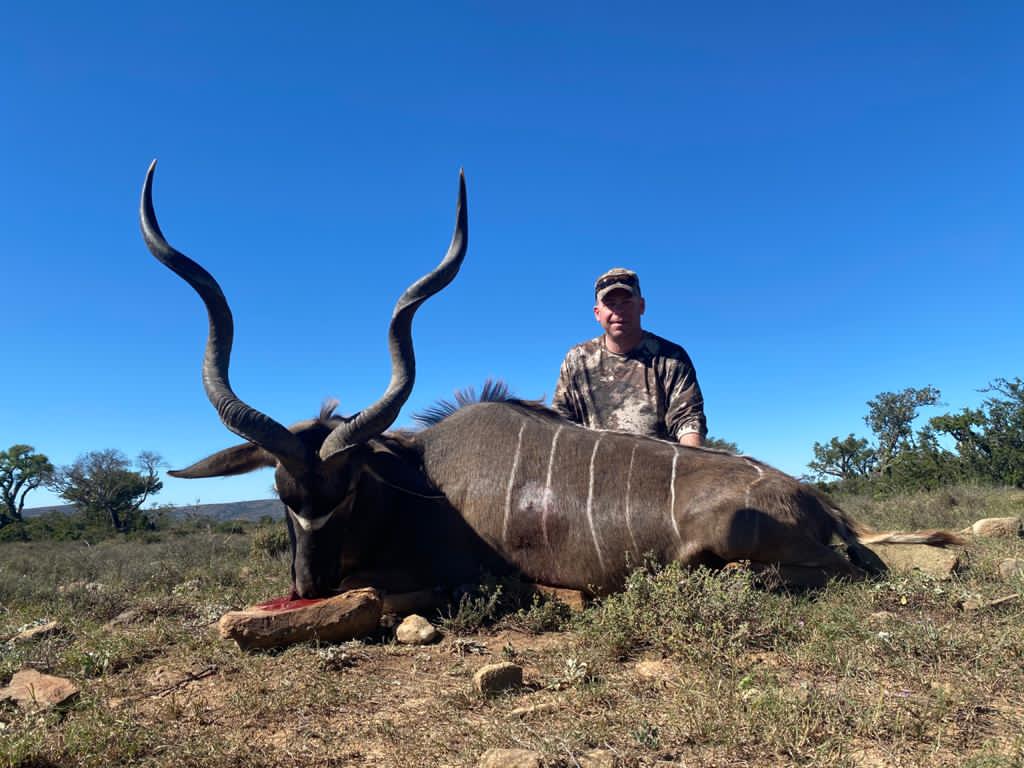 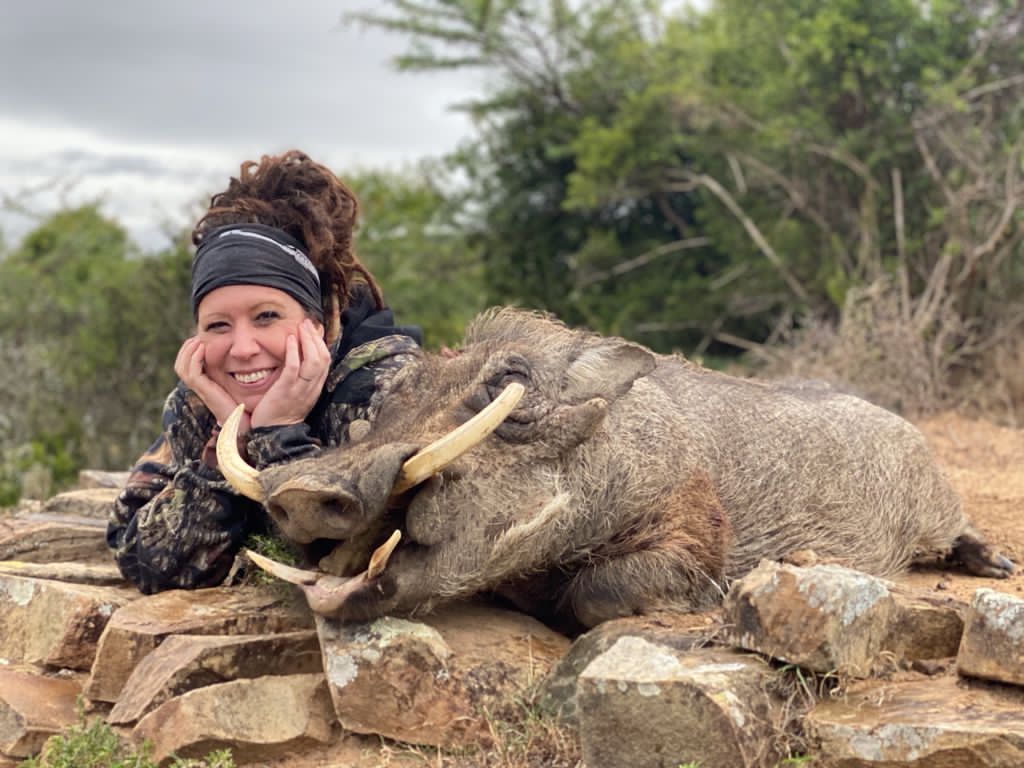 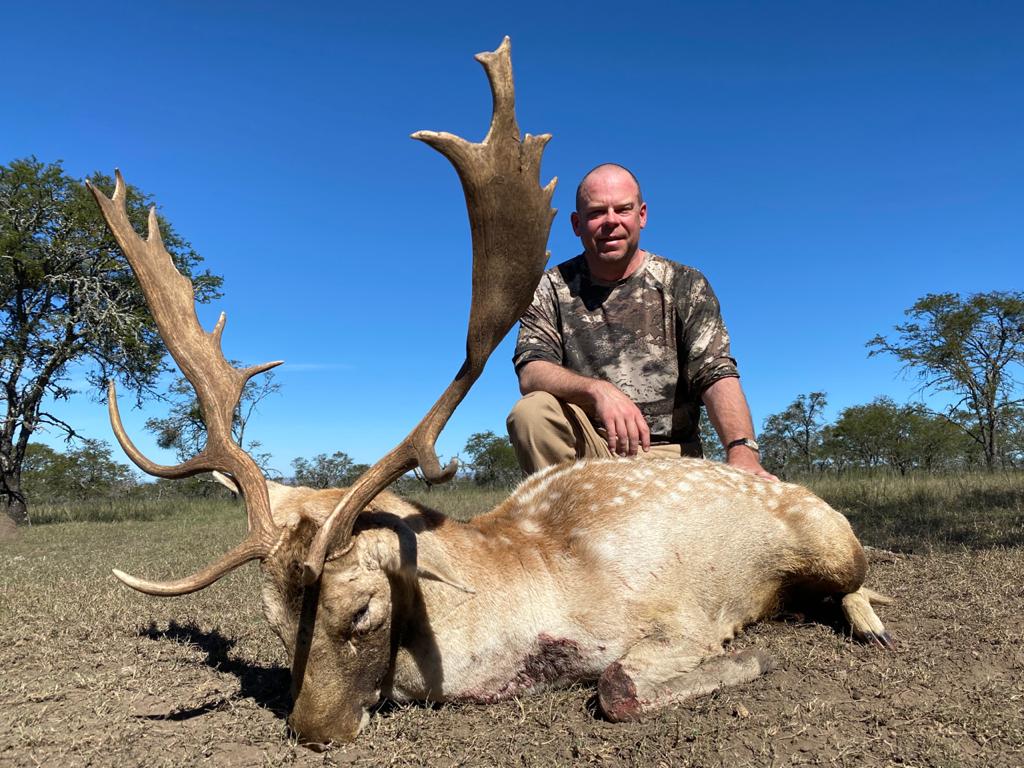 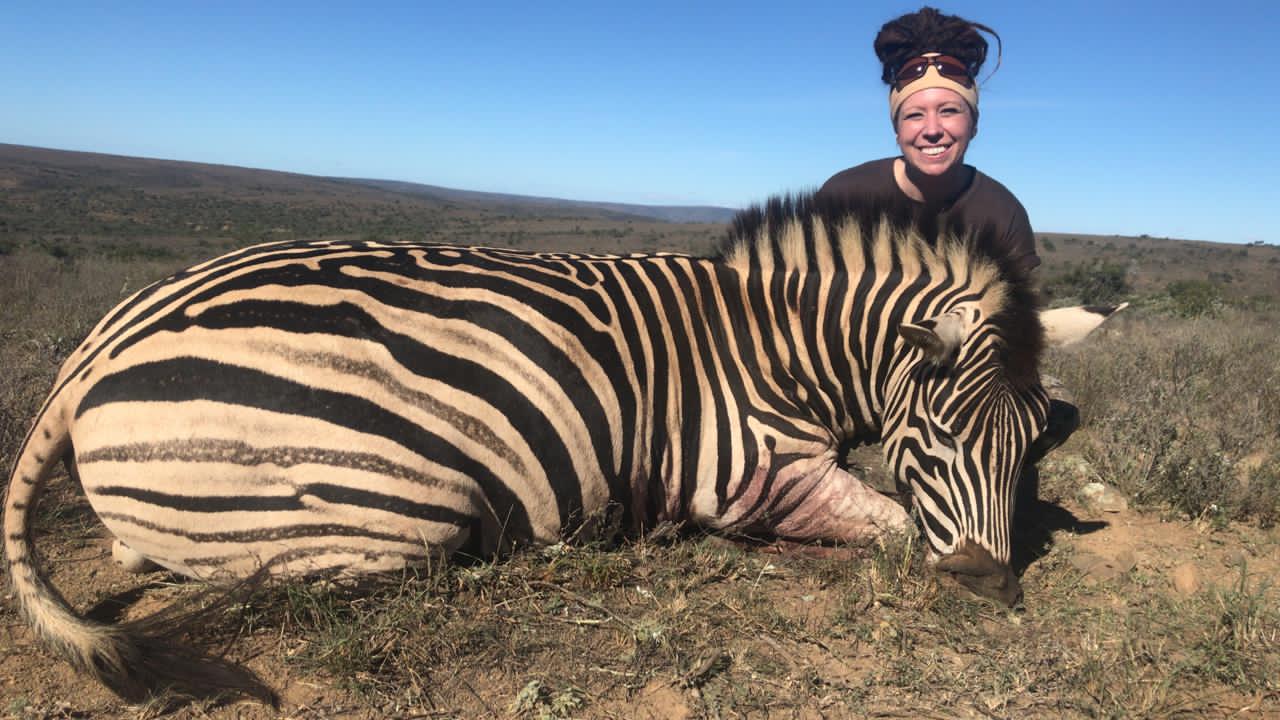 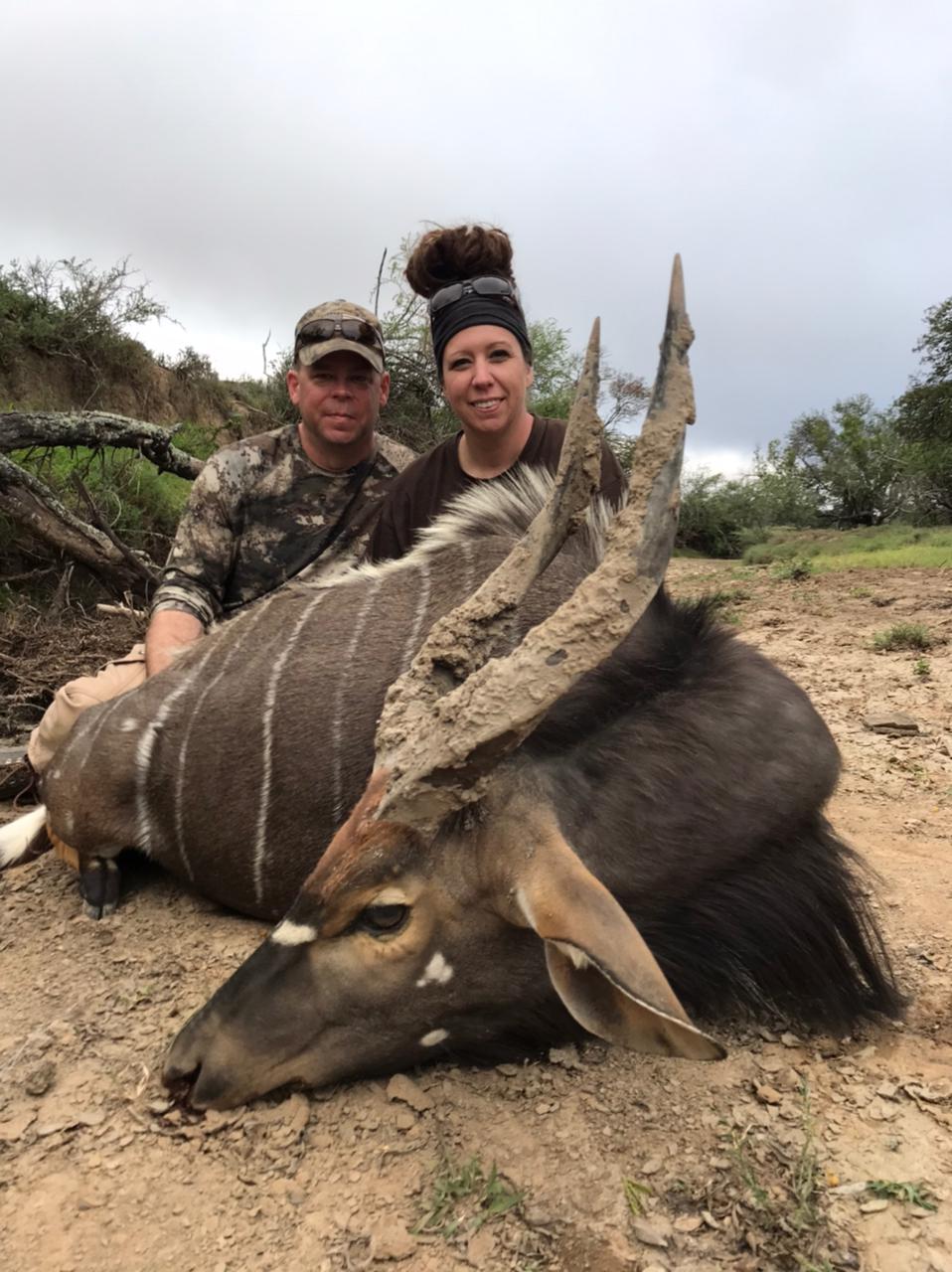 Looks like a great time! Thanks for sharing!
John 3:16

Some nice looking trophies. Congrats on a great hunt. Thanks for sharing.
Bruce

Congrats on some great trophies!

Congrats! Glad you had a great hunt.

Congratulations to all, thanks for the report

Congratulations!! Hoping to hunt with Nick in 2023.

Thanks for the info. What rifles did you use? How long were the average shots?

gesch said:
Thanks for the info. What rifles did you use? How long were the average shots?
Click to expand...

I'm on-site this week, will post a hunt report when I get home.
Camp rifles are Sako 85's in 300 Win Mag and Swarovski range finding scopes, and have suppressors (awesome, recoil is virtually nonexistent).
So far is what I've collected:
Impala-100 meters
Nyala-130 meters
Kudu-479 meters
Warthog-315 meters
All shot using Quad (Rudolph) shooting sticks. More on them later! Excellent trip so far!

Great to hear how successful and enjoyable your hunt is going. We arrived back from hunting with Nick Bowker on April 10, and can't wait to head back for another round of hunting with Nick.
I'm anxious to see pictures of your animals.
Give Blackjack and Bella a scratch for me...

Dave0712 said:
Great to hear how successful and enjoyable your hunt is going. We arrived back from hunting with Nick Bowker on April 10, and can't wait to head back for another round of hunting with Nick.
I'm anxious to see pictures of your animals.
Give Blackjack and Bella a scratch for me...
Click to expand...

Sluey? has been with me mostly. Bella and Black Jack are Eland hunting. They are great dogs!
You must log in or register to reply here.