We just returned from our safari with Pawprint. We had a fantastic time on the hunt. Accommodations were comfortable and the service was fantastic! Pieter and his team worked hard to make sure that our needs and goals for the hunt were met.
Pieter picked us up at the airport Sunday night and had very nice accommodations arranged for us in Johannesburg. After a fantastic dinner, we were off to bed for some much needed sleep after the long trip. We were up bright and early and off to Hoedspruit to start our buffalo hunt. We arrived shortly after noon, and headed out to hunt early in the afternoon.
Buffalo was first on the list. We got onto a herd shortly after we got to the farm. We put several stalks on, but each time the herd spooked. I finally got a shot on a cow facing directly at me. Unfortunately, the shot was a couple of inches low and she was off and running with the herd. We caught up with them after a half hour or so but it took some time to get a clear shot. I was finally afforded a going away shot at about 30 yards. She buckled at the shot, but was off and running again. We learned after skinning that the shot penetrated the full length of the body and stopped just under the skin in her neck. But, as I said, she was off and running. We tracked until it was too dark, then came back in the morning to continue. 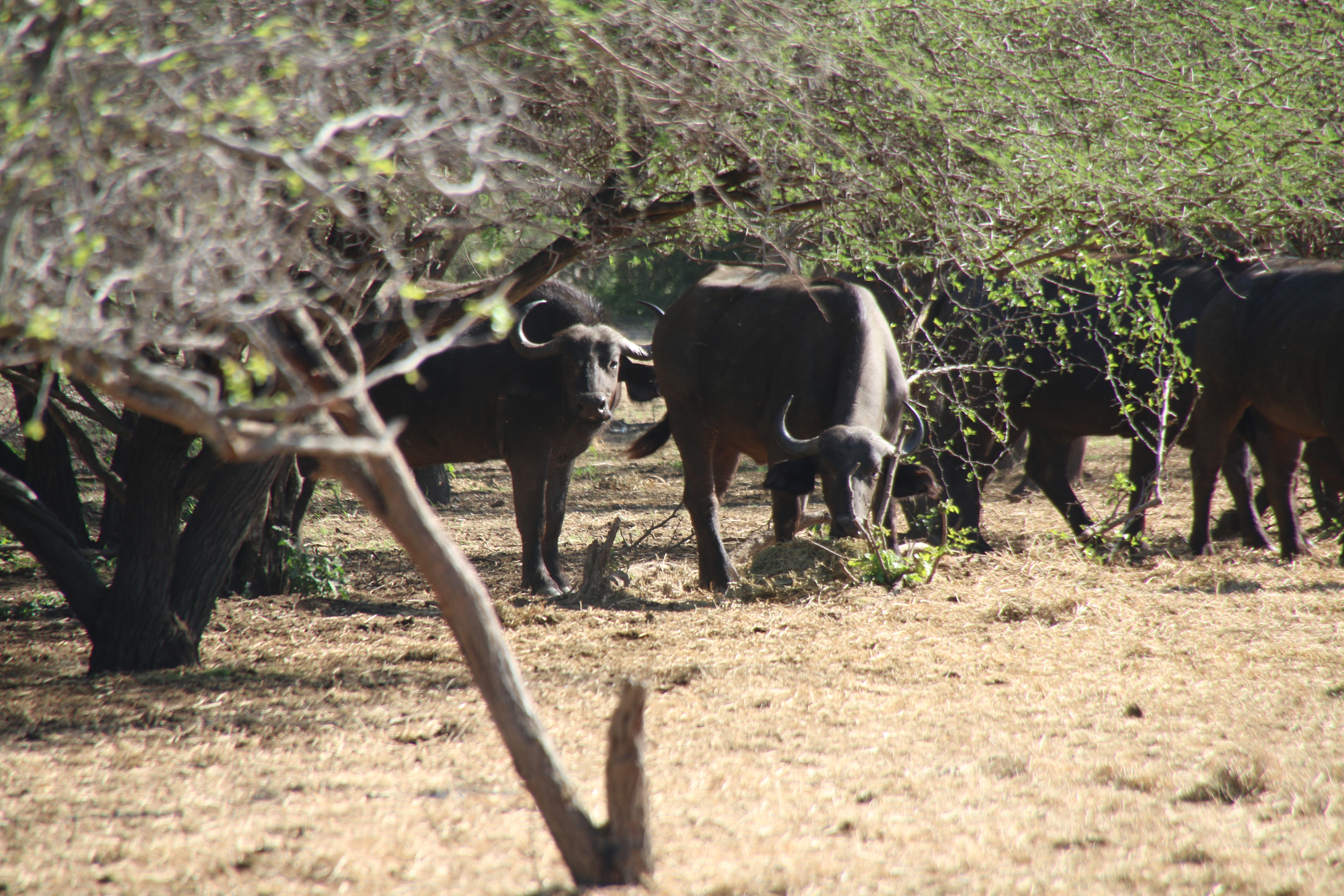 On day two, we spent another 5 or 6 hours tracking and she was finally spotted back with the herd. A quick running shot at about 25 yards finally put her down. It was a very exciting couple of days! We decided to call it quits after getting the buffalo to the skinning shed. We spent a relaxing afternoon enjoying cold beer and good company while planning the next day's hunt. 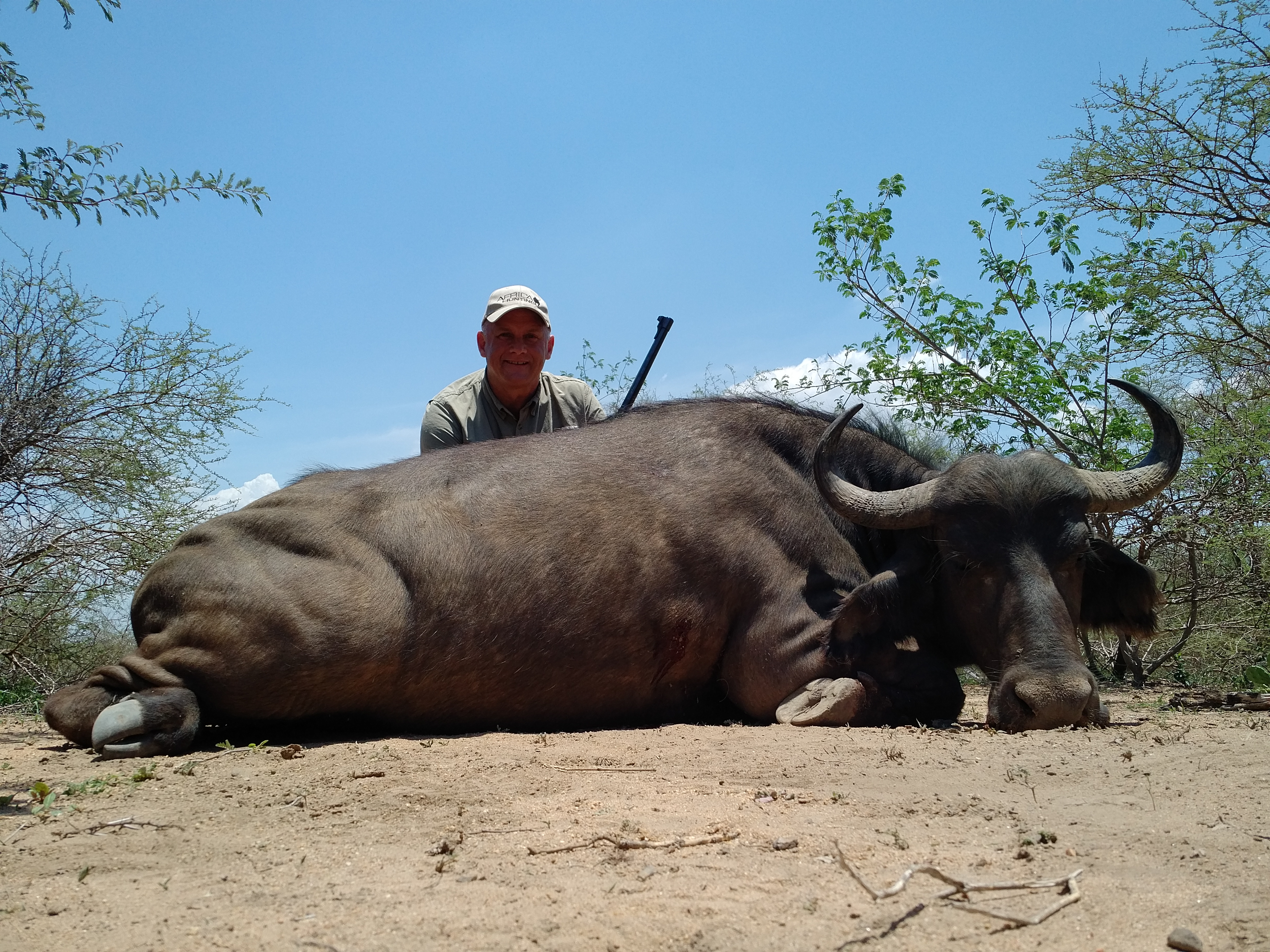 Congrats and thanks for sharing, look forward to more!
John 3:16

Congrats on a fine hunt sir!

Glad your hunt went well. Looking forward to hearing the rest of the story.

On Wednesday, we were back at it early in the morning, looking for Impala and warthog. We had several chances to stalk Impala before finally getting into a good position for a shot. A quartering away shot at close range did the trick. 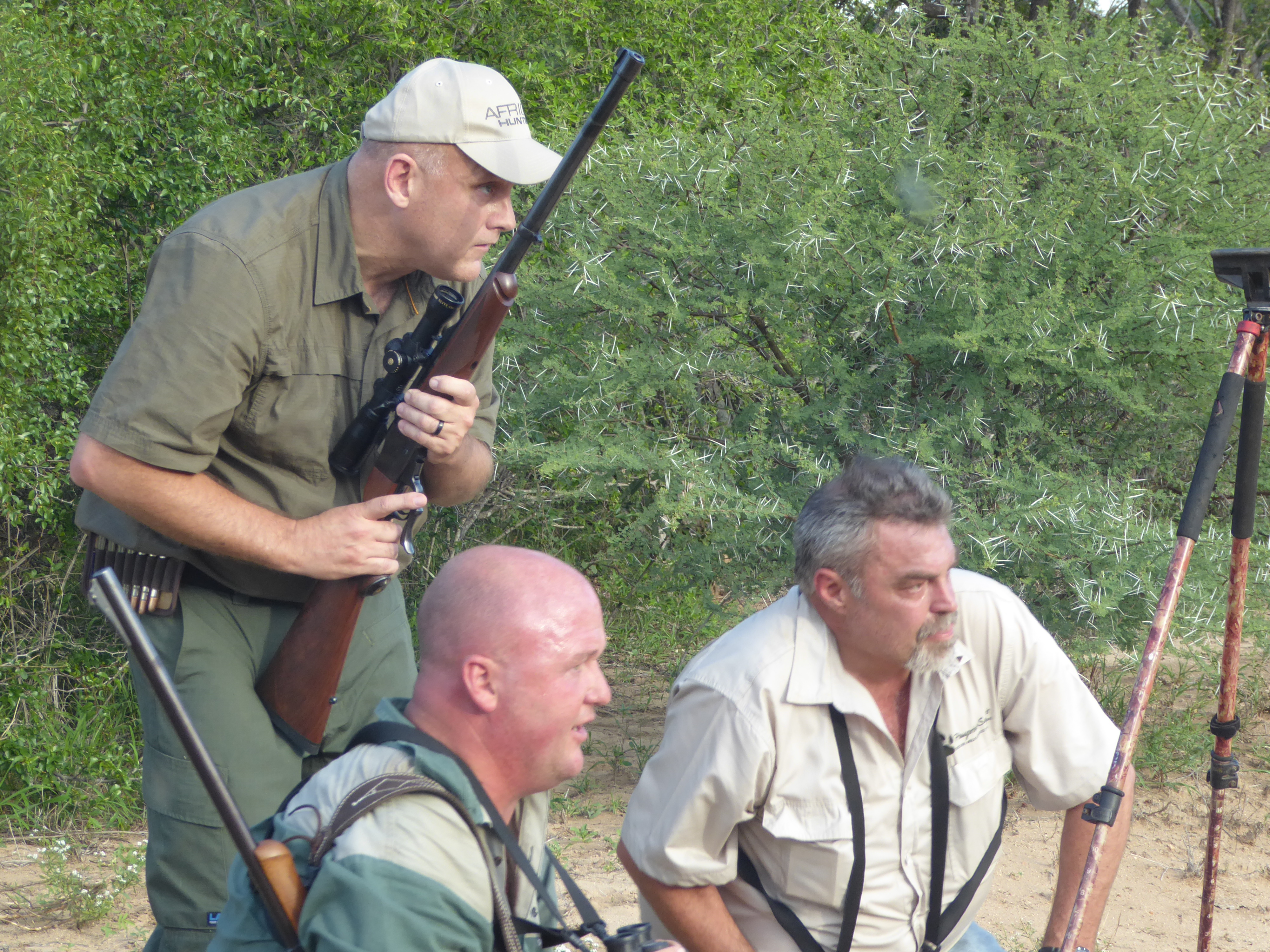 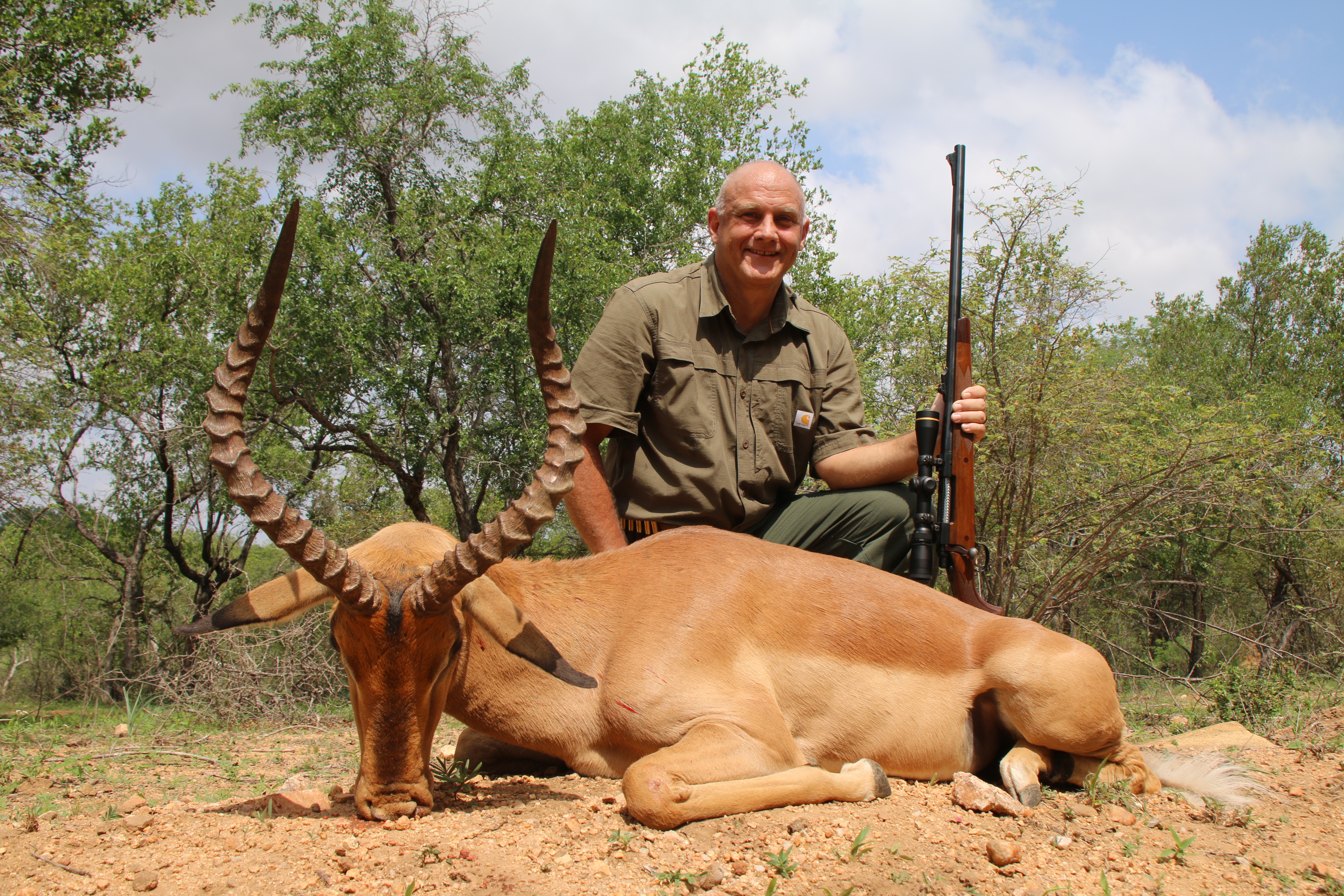 We spent some time looking for a warthog, but every one we saw was hustling out of the area. We wrapped it up early afternoon and called it a day. Thursday was spent touring Kruger Park. It was a fantastic day! Pieter and Rindi were great tour guides and even better company. They pointed out a great deal of game that we would have missed if not for their sharp eyes. 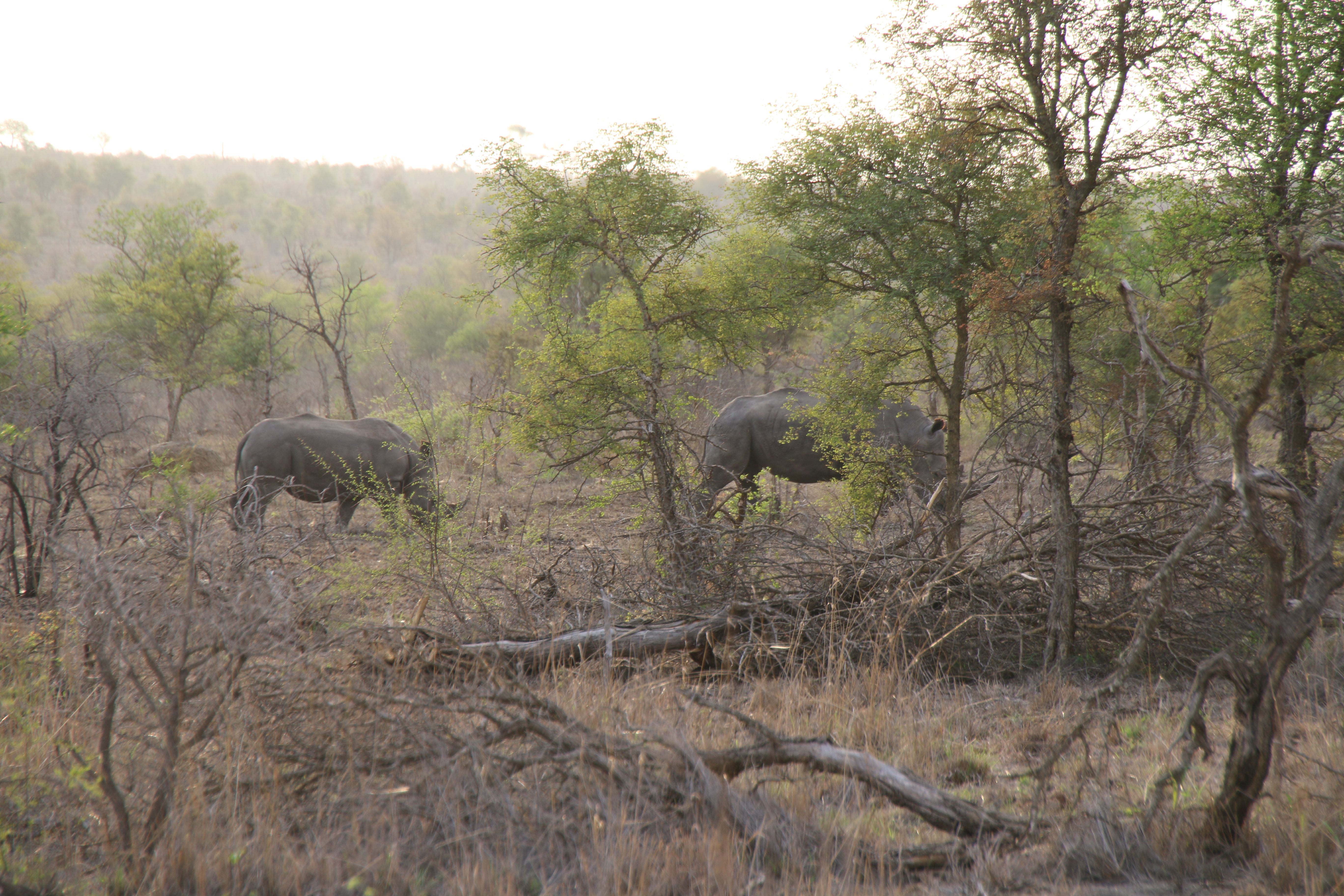 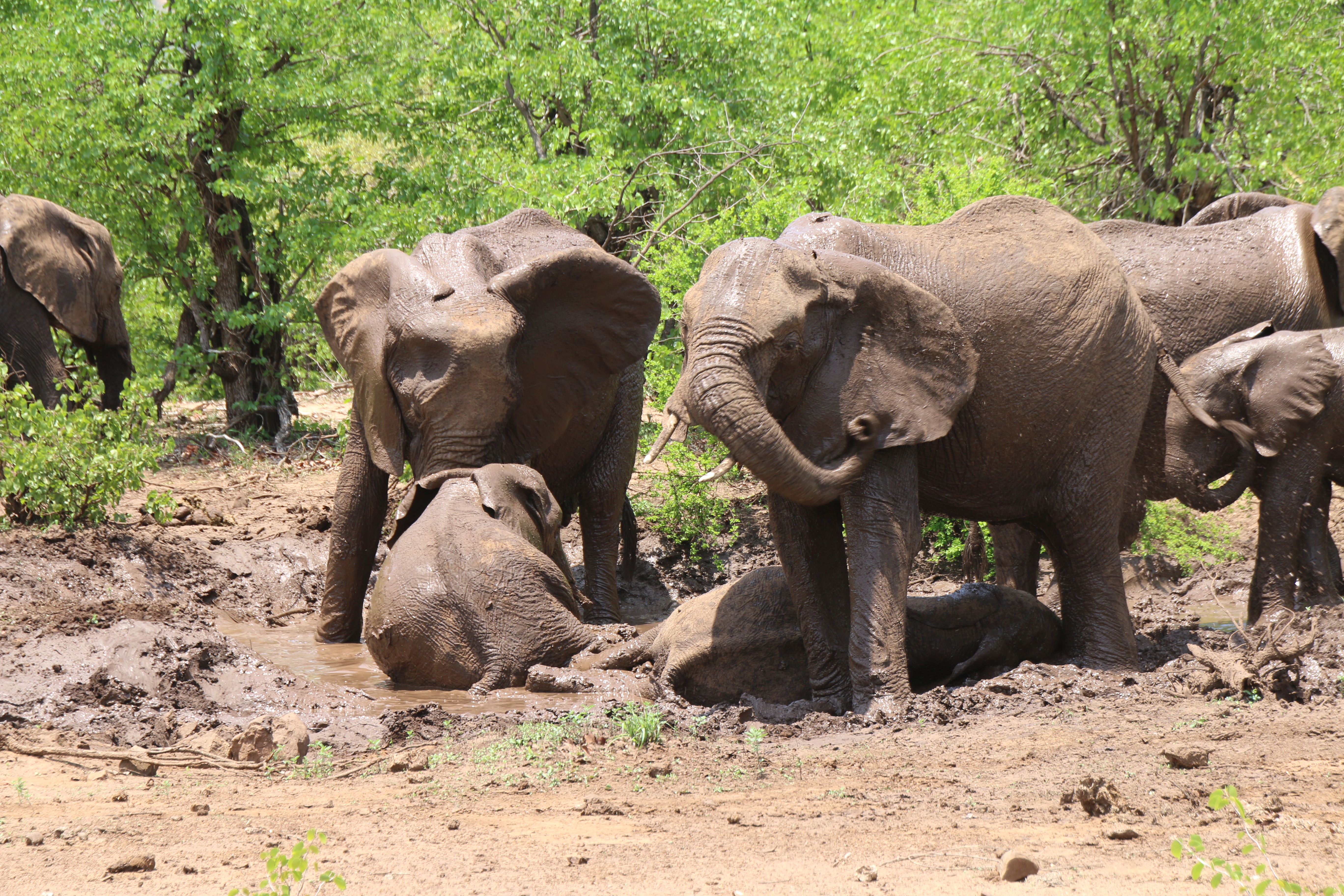 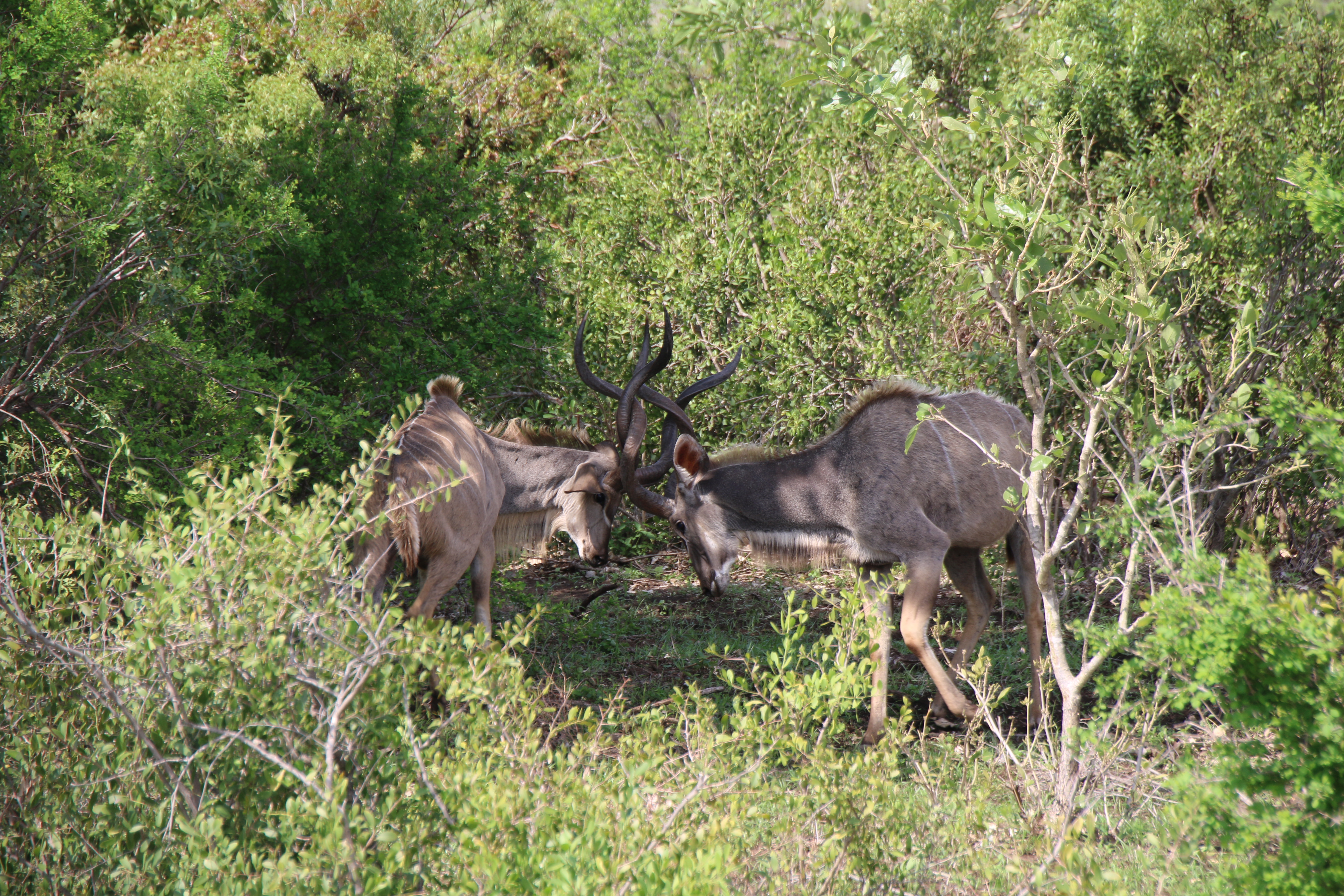 Friday was a travel and shopping day as we headed back to Johannesburg. Saturday morning we headed out early as we had a late evening flight back home. Pieter knew that zebra was high on my wish list and took me to a great location to take my trophy. We were in the field less than 15 minutes when a zebra presented itself broadside at 150 yards or so. The first shot was good, knocking the zebra down, but it was quickly back on its feet. Several follow up shots later, it was down for good. I was questioning my shooting, but found that my first shot was placed right where I wanted it. The 200 grain partitions had come apart on the target and were not getting good penetration. I can only assume that I was driving them too fast as there was complete jacket/core separation. That's a discussion for another thread, but I'll be switching to a frames or Barnes for the 8mm magnum.

After the zebra was recovered, Pieter asked if I wanted to look for a warthog, but I declined, feeling that I had accomplished everything that I came for. He took me on a game drive around the farm and we got to see a great deal of game. I was also offered the opportunity to use one of the farm employees rifles to take any baboon that presented themselves as we drove around. I only got one opportunity, at a rangefinder measured 157 meters, but the 7x57 did it's part and I did mine. 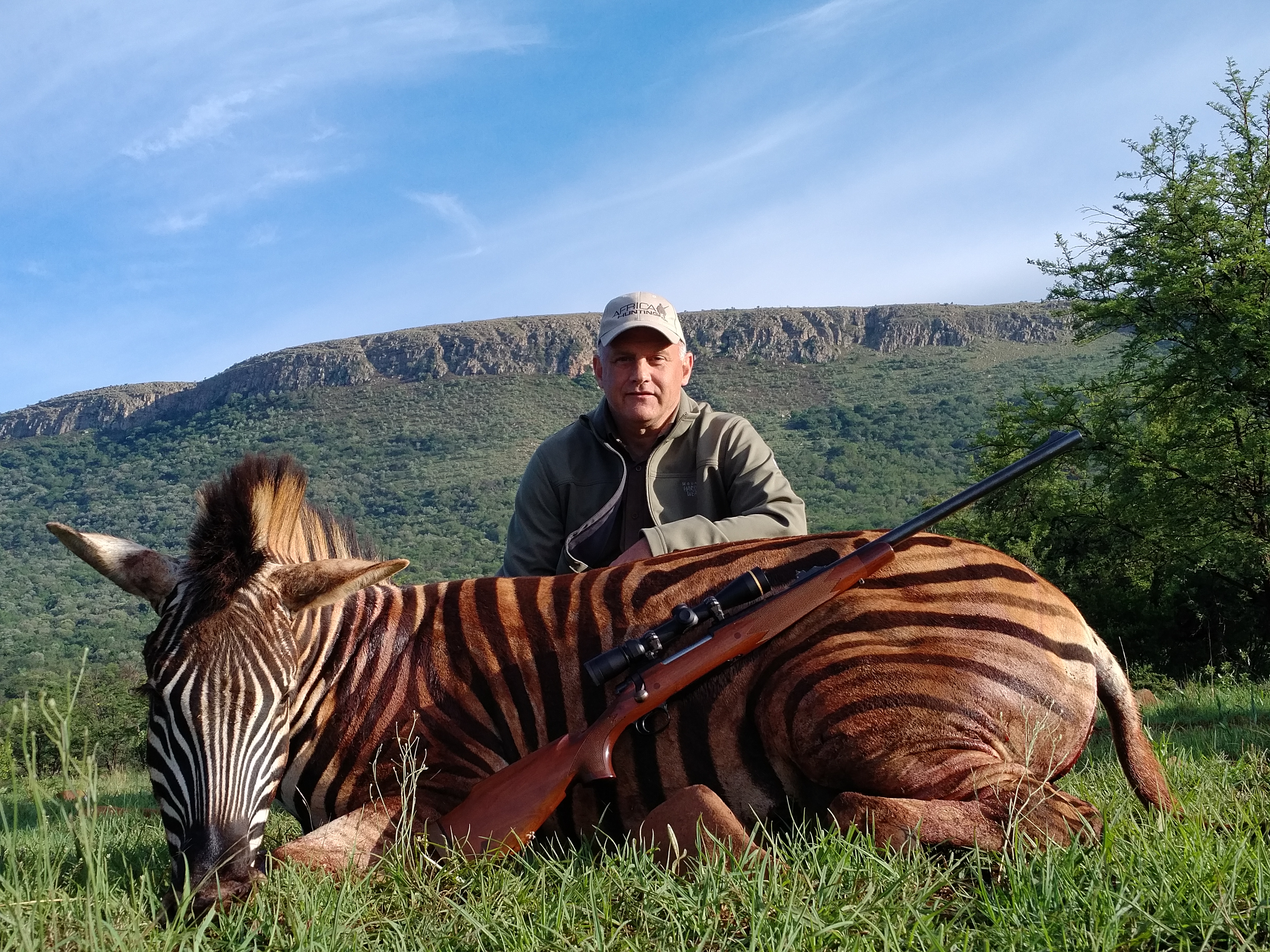 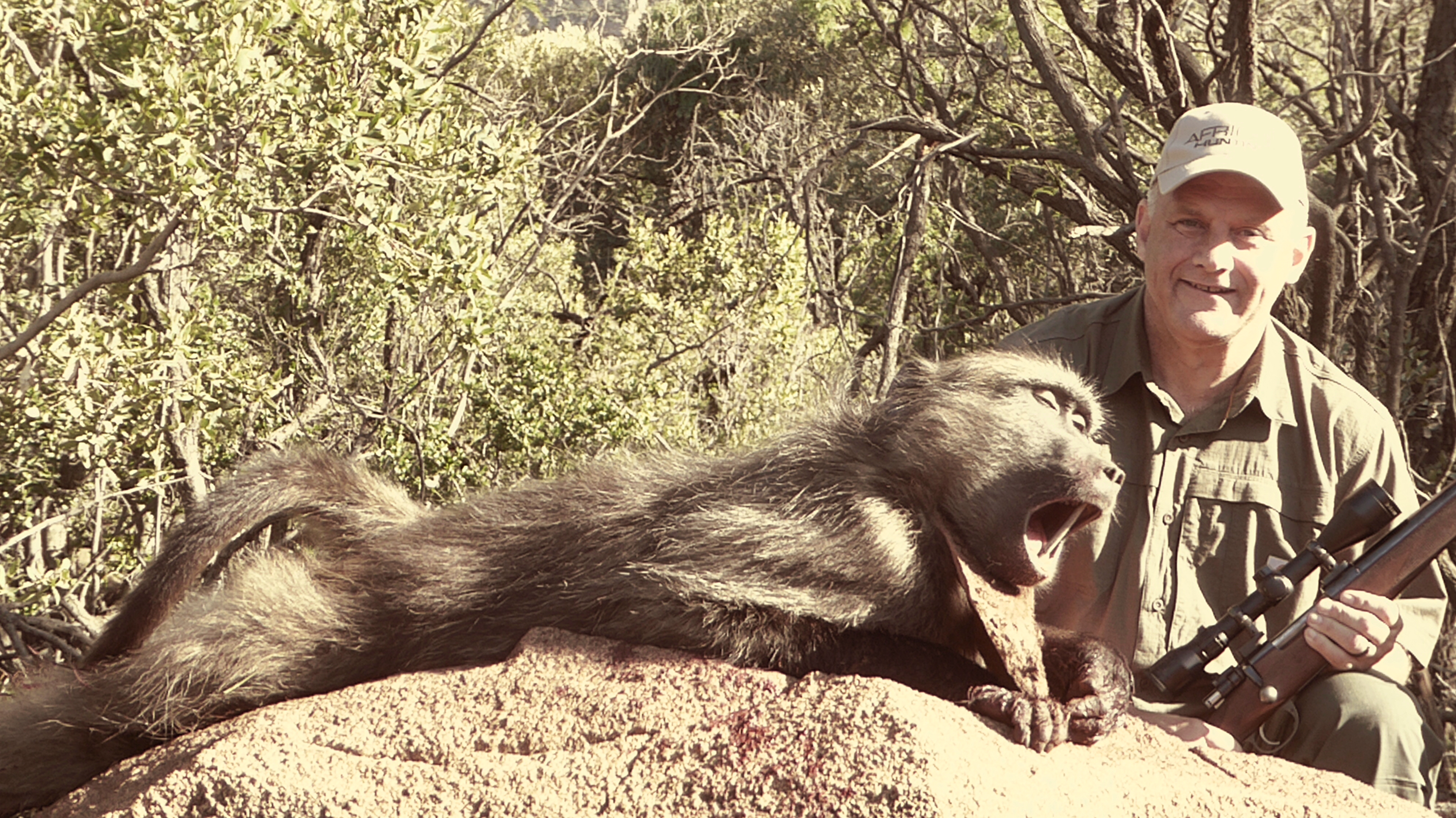 It was a great week and the hunt more than lived up to my expectations. I would definitely hunt with Pawprint again and recommend them highly. The staff was attentive to my needs and worked hard to make the hunt a success. The scenery was beautiful, the game plentiful, and the week was filled with adventure. Everyone was right, I was planning a return trip before I left!

That's a whirl wind tour. You'll have to go back.
Congrats on your success.

Congrats on the other trophies, thanks for sharing!
John 3:16

Congrats on your hunt @Catahoula it was great spending time with you guys, and Pieter once again!

That is one heavy horned impala you took. That pic of the kudu sparring is awesome as are the other pics you got. Glad to see you did get to go after a zebra in the end to. Thanks for hunting with paw print.

Good job on the buff. The more you work for them the more they mean to you. That Impala has impressive mass and carries it out well. Sounds like a great hunt. Maybe 10 days next time? Good trophies and sounds like an even better time. Congrats. Bruce

HeinrichH said:
Congrats on your hunt @Catahoula it was great spending time with you guys, and Pieter once again!
Click to expand...


Thanks Heinrich! We appreciate everything that you did to make the hunt successful.

gillettehunter said:
Good job on the buff. The more you work for them the more they mean to you. That Impala has impressive mass and carries it out well. Sounds like a great hunt. Maybe 10 days next time? Good trophies and sounds like an even better time. Congrats. Bruce
Click to expand...


Thanks. I was very pleased with the Impala. A longer trip is definitely in order. A week just wasn't enough.

Fast and furious! I have to second @billc ... I personally can't get enough kudu pictures and yours is unique! Glad you had a great trip.

Congrats on your hunt, and thanks for sharing !

@Catahoula I knew you would enjoy your hunt with The Pawprint team! Congrats on your trophies!

@CAustin , Thanks! Your comments and reports played a big part in my decision to hunt with @Pawprint Safaris

Congrats on your trophies and your hunt!

Congratulations on a fine hunt.
Tommorow is promised to no one. Go live your dreams.

Congratulations on your trophies! I hope someday to stop reading reports about hunting with Pawprint Safaris and write one instead, sounds like a great outfit and hunt.

hunting4sanity said:
Congratulations on your trophies! I hope someday to stop reading reports about hunting with Pawprint Safaris and write one instead, sounds like a great outfit and hunt.
Click to expand...

I hope you do hunt with Pieter and his crew. They are good folks. Heck there are lots of good outfitters on here so save your coins and think big!
You must log in or register to reply here.