I have dreamed of going on safari since I read "Hunter" as a boy. I started researching outfitter and safari companies early in January this year. I am 65 years old, and I thought I had better do this while I was still physically capable of making a hunt. I scanned the internet and came across several possibilities. I sent out several e-mails, including one to HartzView Hunting Safaris. I told them that I was hoping to go on safari, and gave them my "wish list." I quickly received a reply from Owner/PH Jacques Spamer. He sent me the cost, and I thought about going to South Africa.

I just returned from my hunting safari with HartzView Hunting Safaris in South Africa. The trip exceeded my highest expectations! I arrived in Johannesburg on the 9th of September and was met by Jacques Spamer at the airport waiting area. He and Henry of gunpermits.com helped me to clear my rifles thru SAPS in a very short period of time. We then proceeded to the HartzView camp. The quarters at the camp are first class.

We went out early the next morning to sight in the rifles, and then proceeded to start our hunt. We immediately encountered many species, with Jacques letting me know whether they were of a size and age to hunt. This was a great help as this was my first trip to Africa.

I cannot over emphasize the importance of having a PH that has the patience to help out his client. Over the next eleven days Jacques helped me to have an extremely successful hunt with very good trophies. He and his crew were able to spot, track, and get me within good shooting distances for taking some very fine animals. His ability to consistently get me in shooting range of excellent animals was beyond belief.

He had earlier in the year suggested that I might want to talk to Hannes Pienaar of HP Productions to determine whether I might want the safari videotaped. I decided to have the hunt taped, and Hannes was also a great resource when we were glassing country. I was able to review each days hunt each evening, and I cannot wait for the finished product so that I can relive this safari for years to come.

I plan to return to HartzView in 2012 to hunt Cape Buffalo, Sable, and several other plains game. I cannot overstate my satisfaction with Jacques, his crew and staff, Hannes, and Henry of gunpermits.com in making my first hunting trip to South Africa such a memorable event. I will forward pictures for readers shortly, but be assured that the area has an abundance of good quality game, and Hartzview has the PH to assure opportunities to take really great trophies. You will walk, climb, and cover a lot of ground each day, but the rewards are there for a hunter prepared to have a successful hunt. 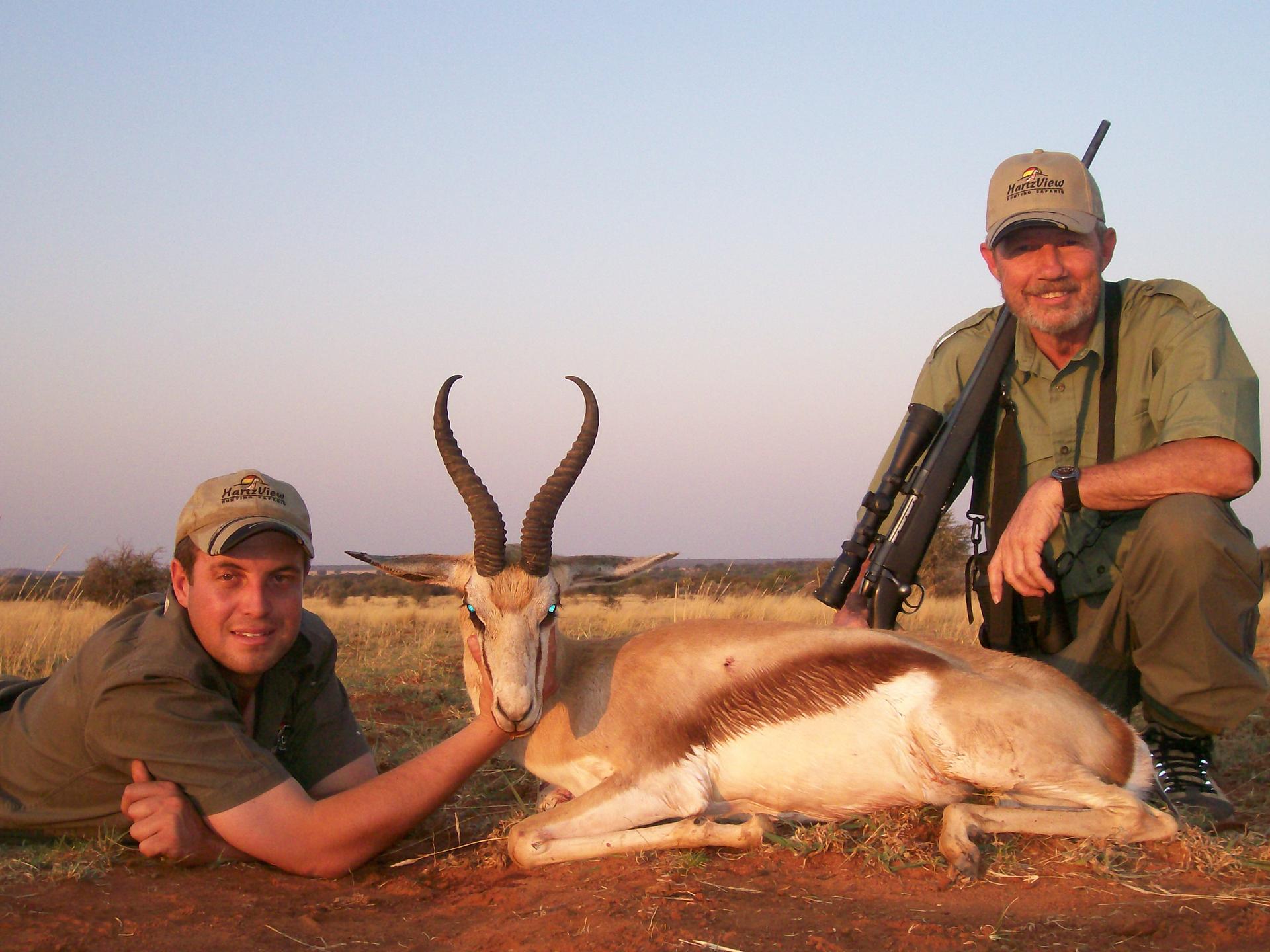 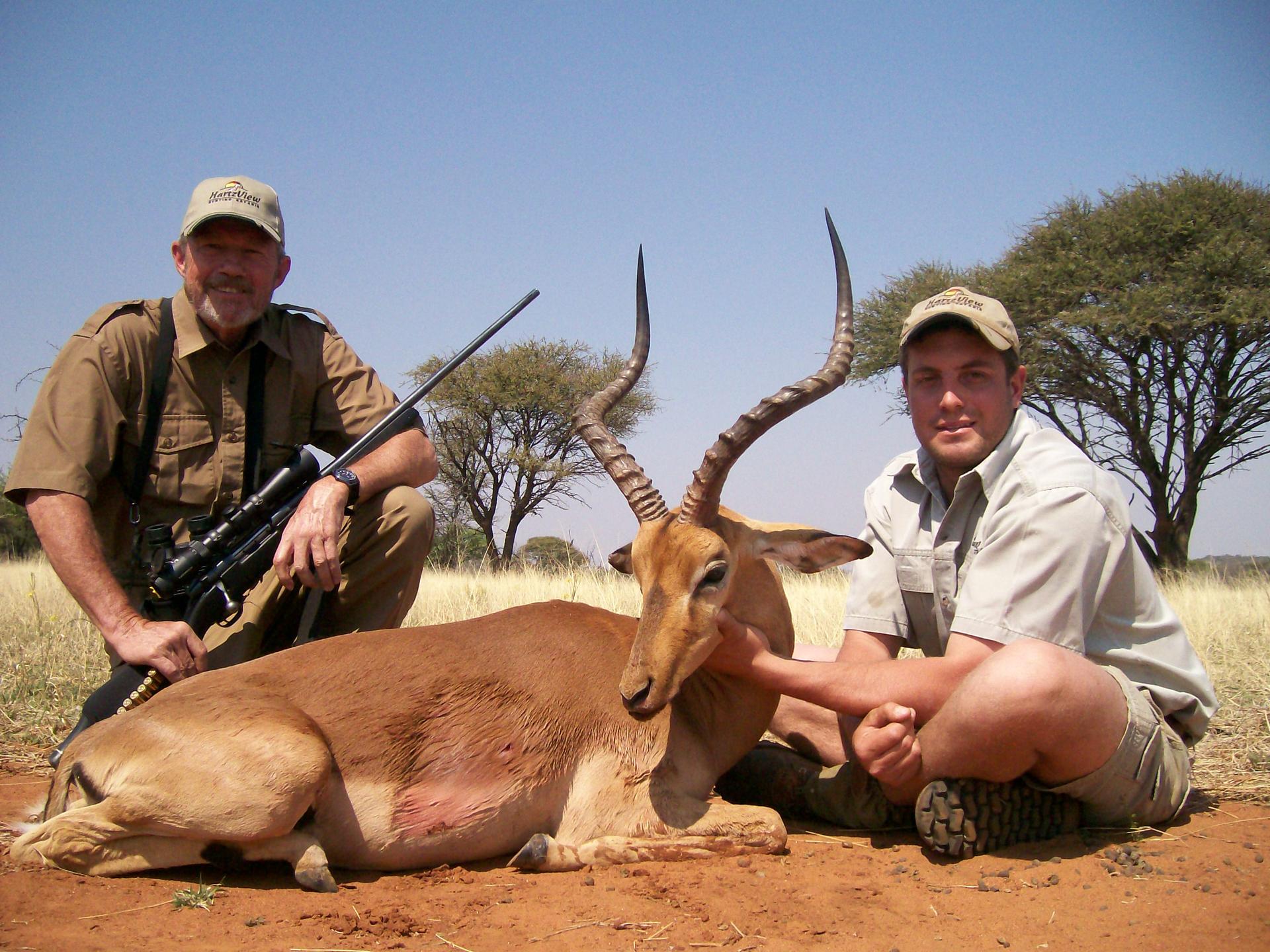 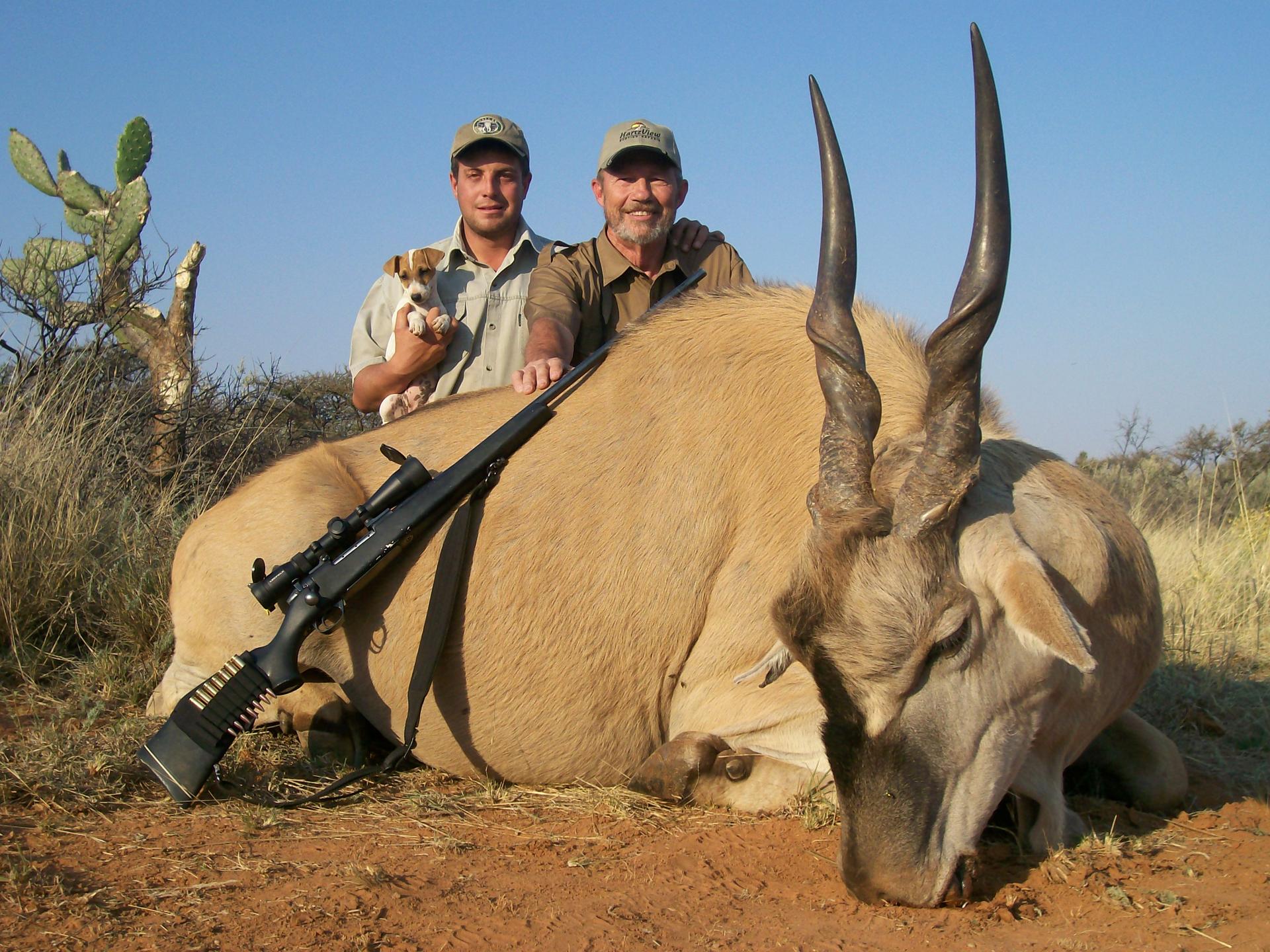 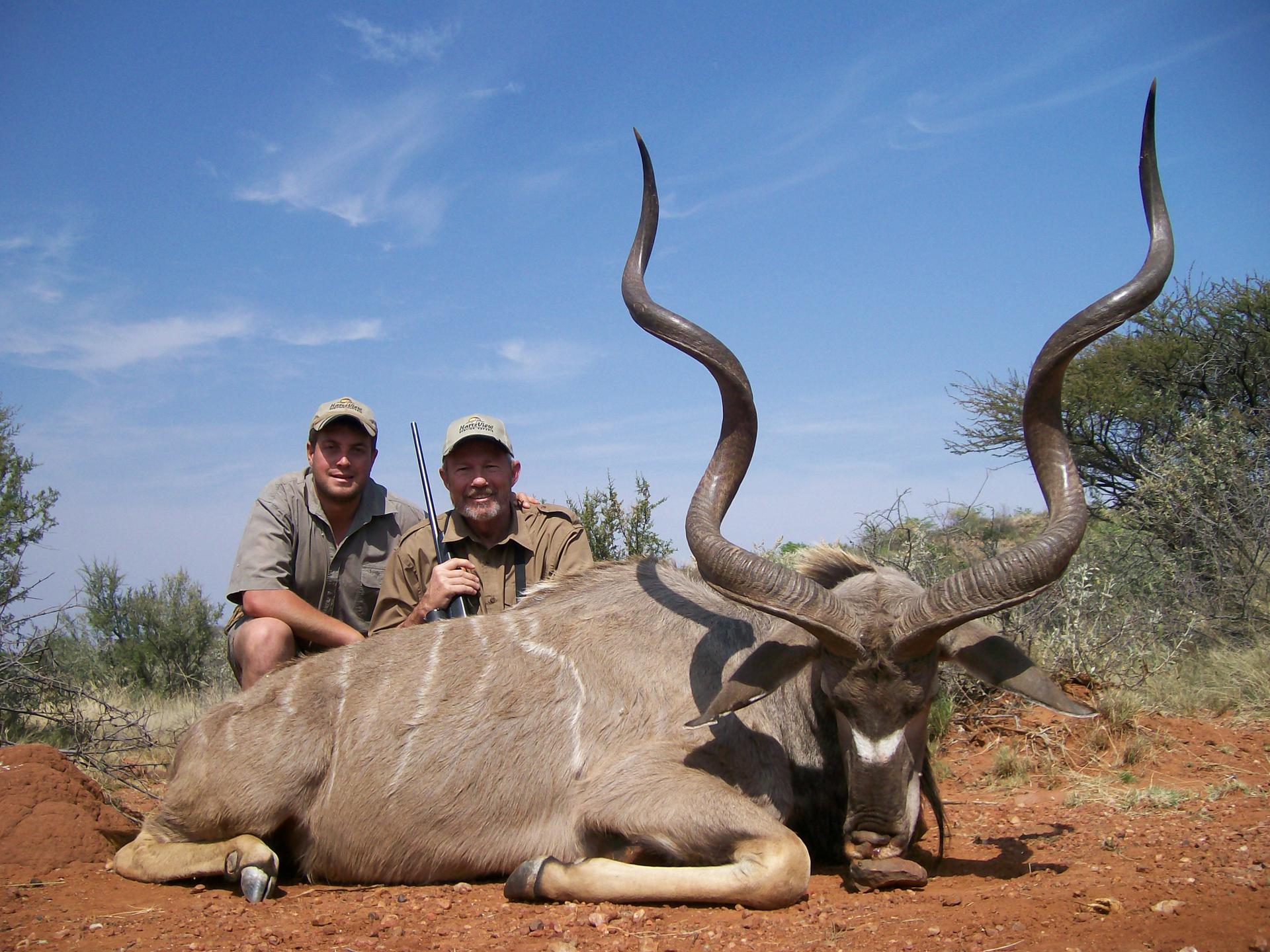 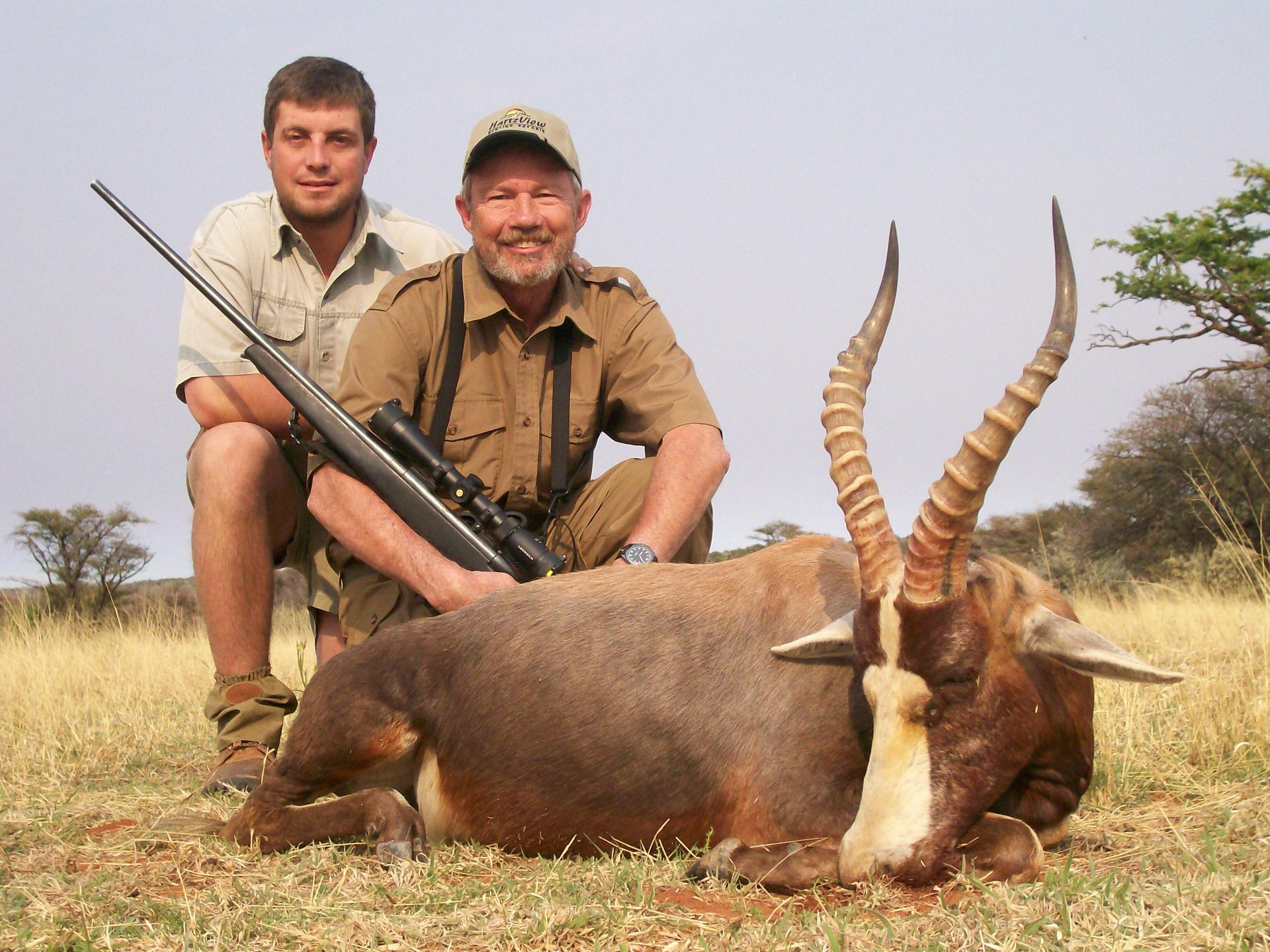 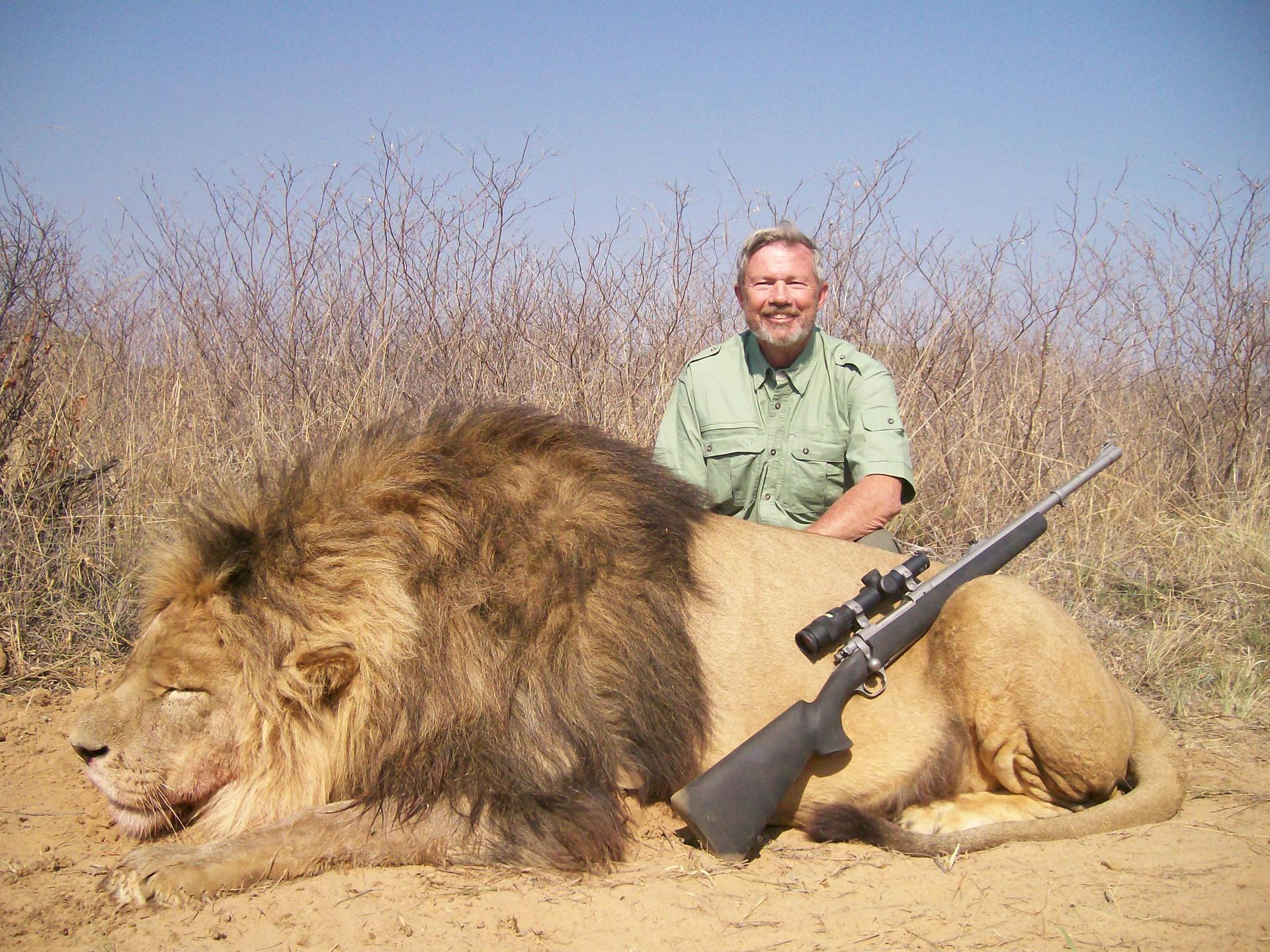 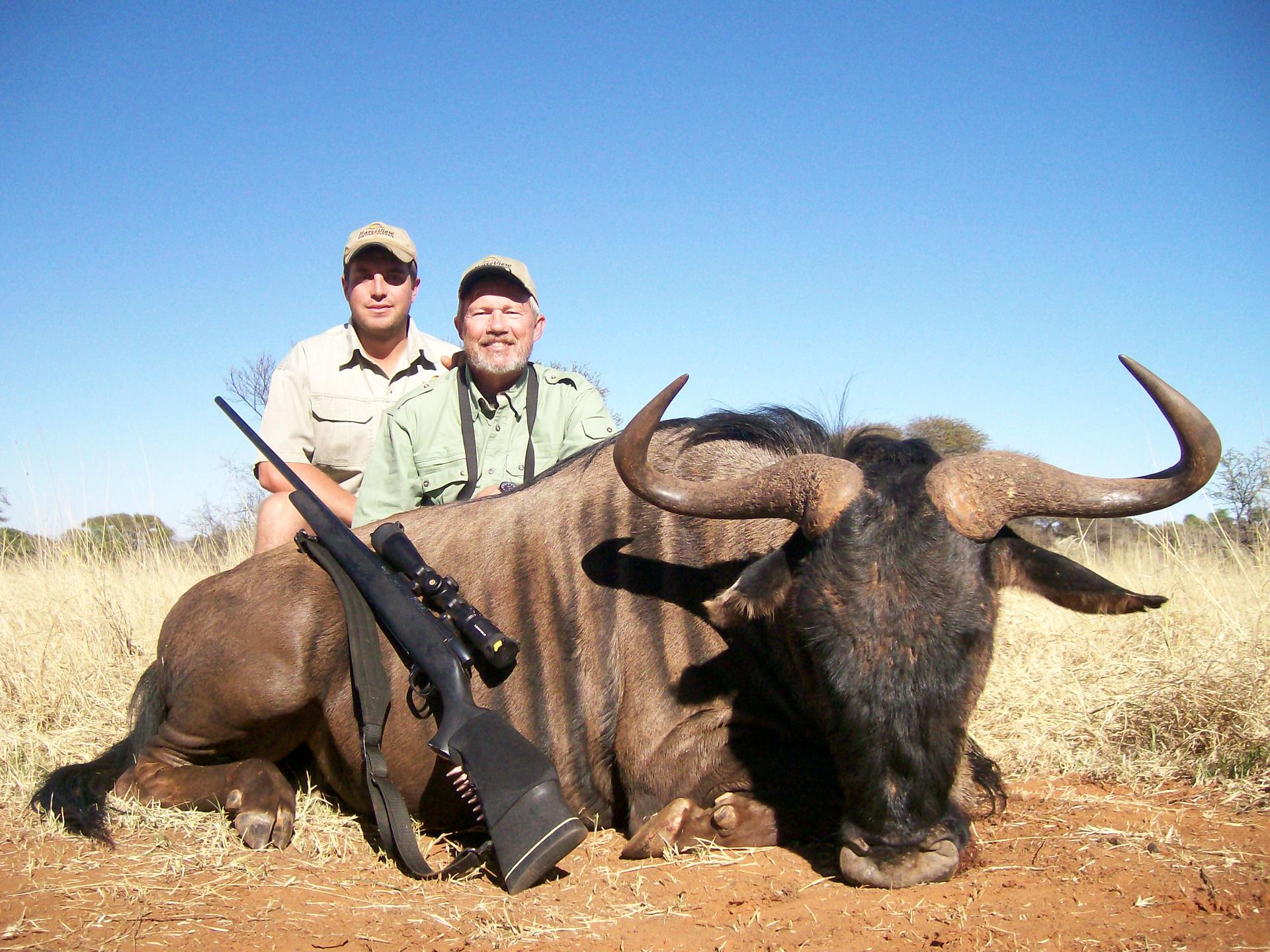 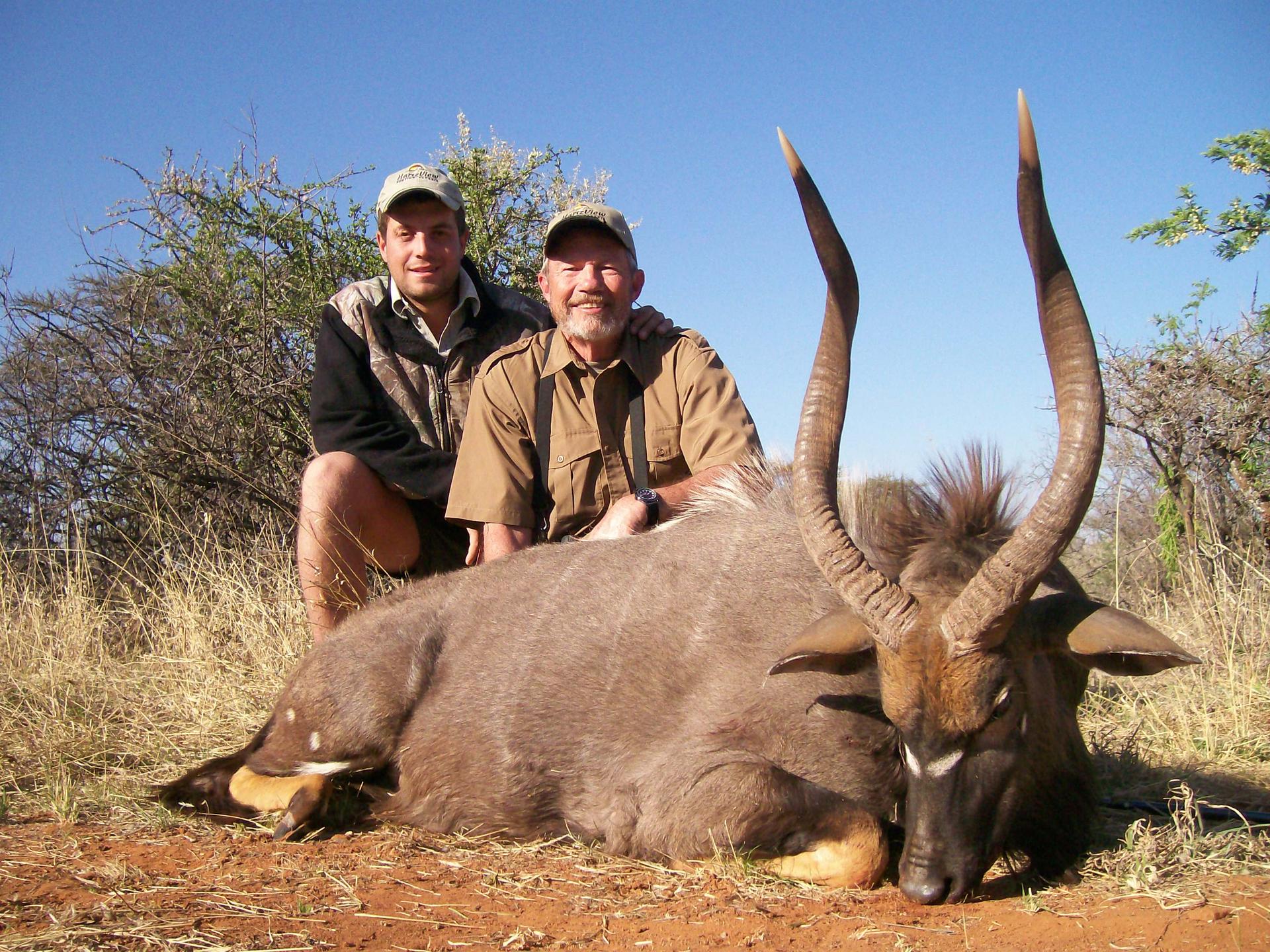 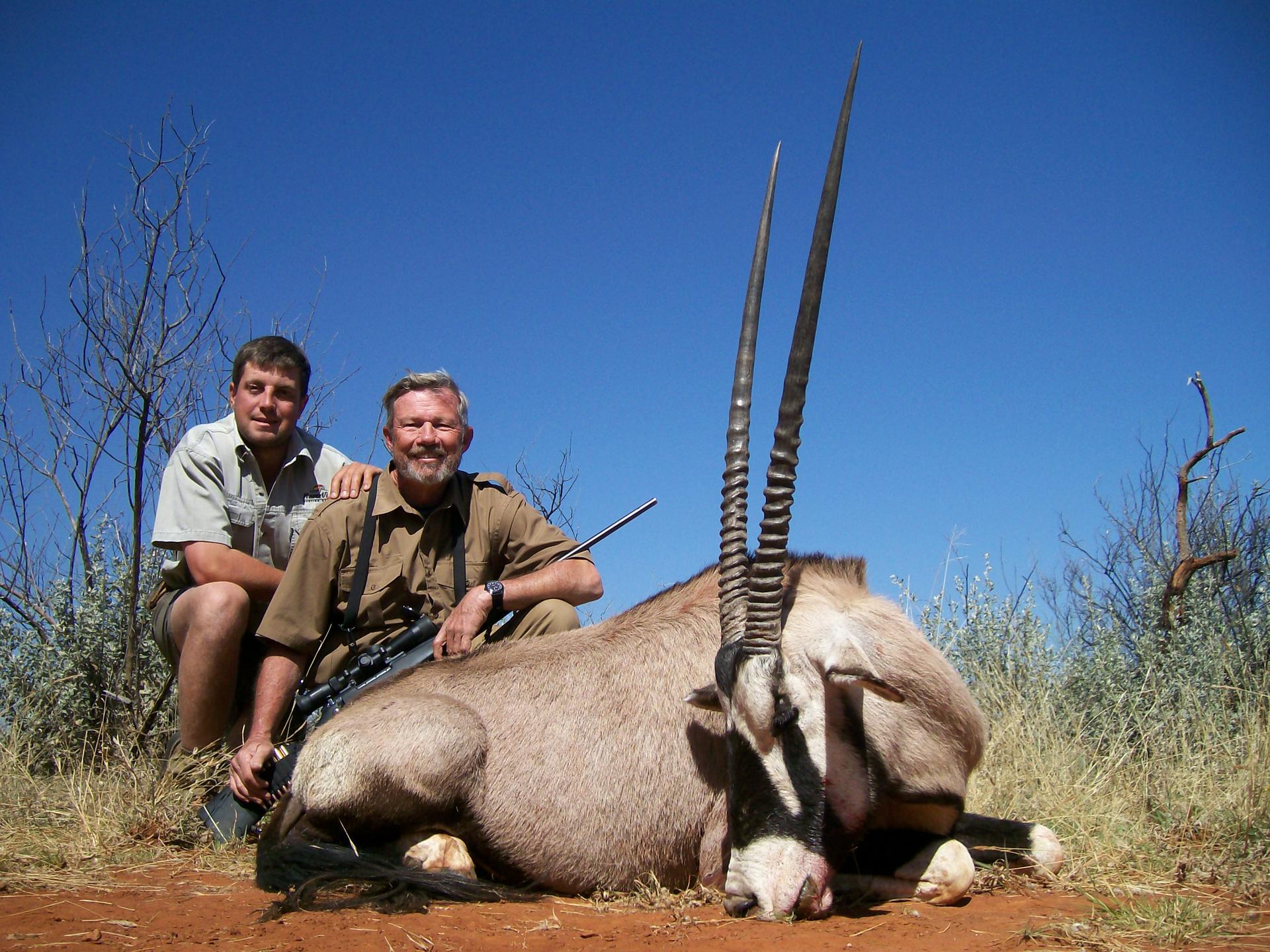 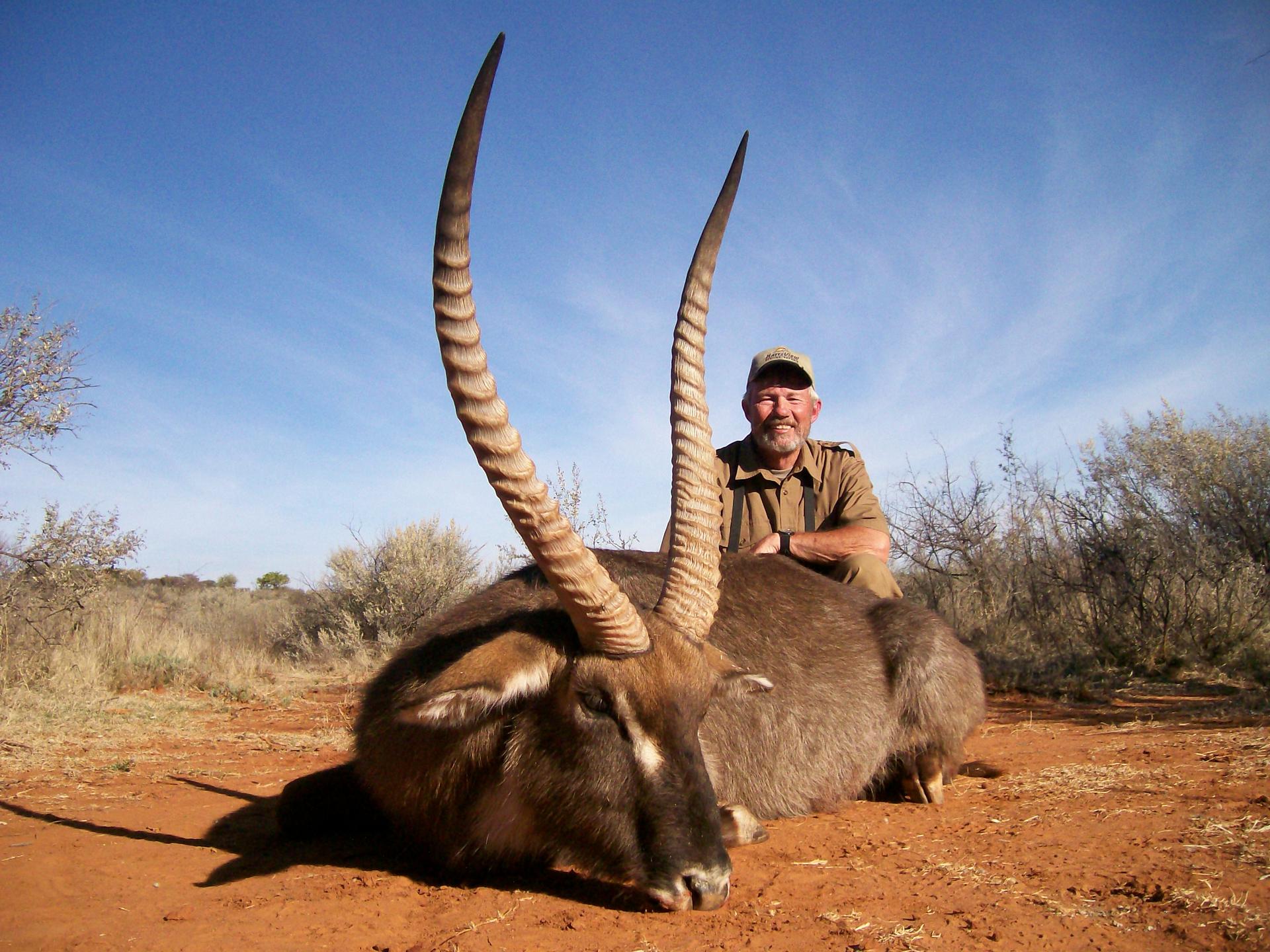 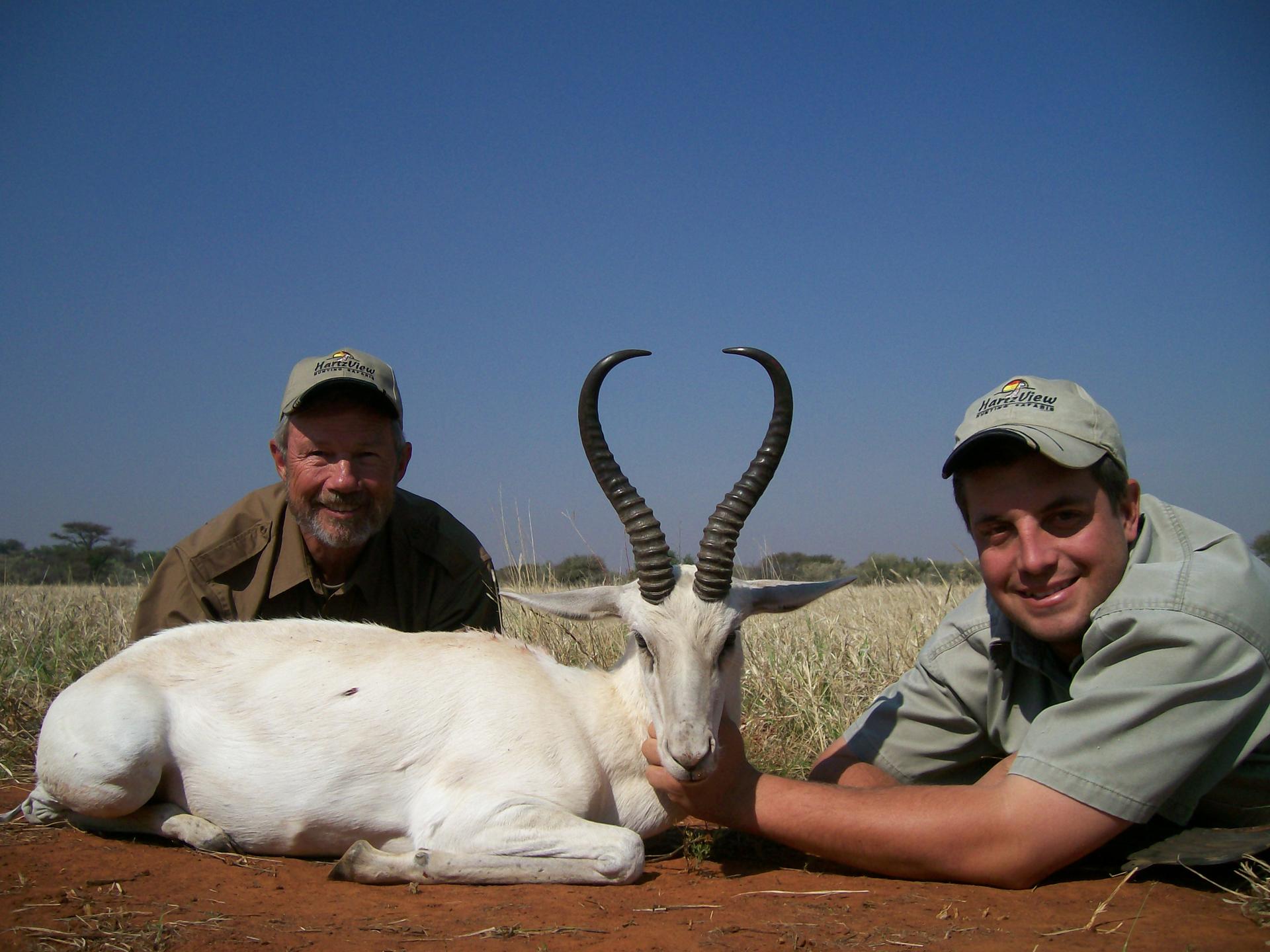 Congratulations on your hunt GSTONE and good for you for realizing your dream! Thanks for sharing your hunt report and posting those magnificent pictures... Welcome to AH!
Jerome Philippe, Founder of AfricaHunting.com

Some outstanding trophies there GSTONE! I normally don't like to ask for measurements on trophies, but that Kudu to my untrained eye looks to be giant. Did Jacques put the tape on it?

Another satisfied addict! Back in 2012, have fun and see if you can top the first trip.
Congratulations on some great trophies.
I await that video!

Make sure he takes you after a Bushbuck next time! Finish that spiral horn quad.

Nice Trophies sounds like a great hunt,
better think about adding a Bushbuck for next year to finish your spiral horn slam.
Enjoy Life Now! It has an Expiration Date.

Congratulations on some magnificent animals and welcome to AH!

GSTONE, great trophy's. Looks like you got an really nice waterbuck. Looking at the lion photo and notice you took it with 416Ruger.

Welcome to the site my friend and also taking the time to post the review. We are all looking forward on seeing you back in camp next year!

Thanks for the hunt report! A lot of wonderful trophies! The lion is absolutely beautiful!

Thanks for the report, and congratulations for a great hunt and very nice trophies.

Looking forward to see your buffalo next year !
You must log in or register to reply here.