Just returned from my safari with Koedoeberg. Had a great time hunting at a great ranch with a relaxed atmosphere. The PH's Reinier and Ricus put us on some great animals and really went out of their way to make it a memorable trip. In addition to the normal hunting style, they took us on several night hunts for predators. Although we were unsuccessful in putting any jackals in the salt, it wasn't for lack of opportunity. We used a fox pro call with a steenbok in distress call and it worked great. At nearly every set up, jackals were checking out the call within minutes. If you get the opportunity to hunt at night, it gives you a totally different perspective and an opportunity to see animals that you might not get a chance at during the day. We were able to take a couple of porcupines, saw a brown hyena, an aarrdwolf, a civet, and a caracal. 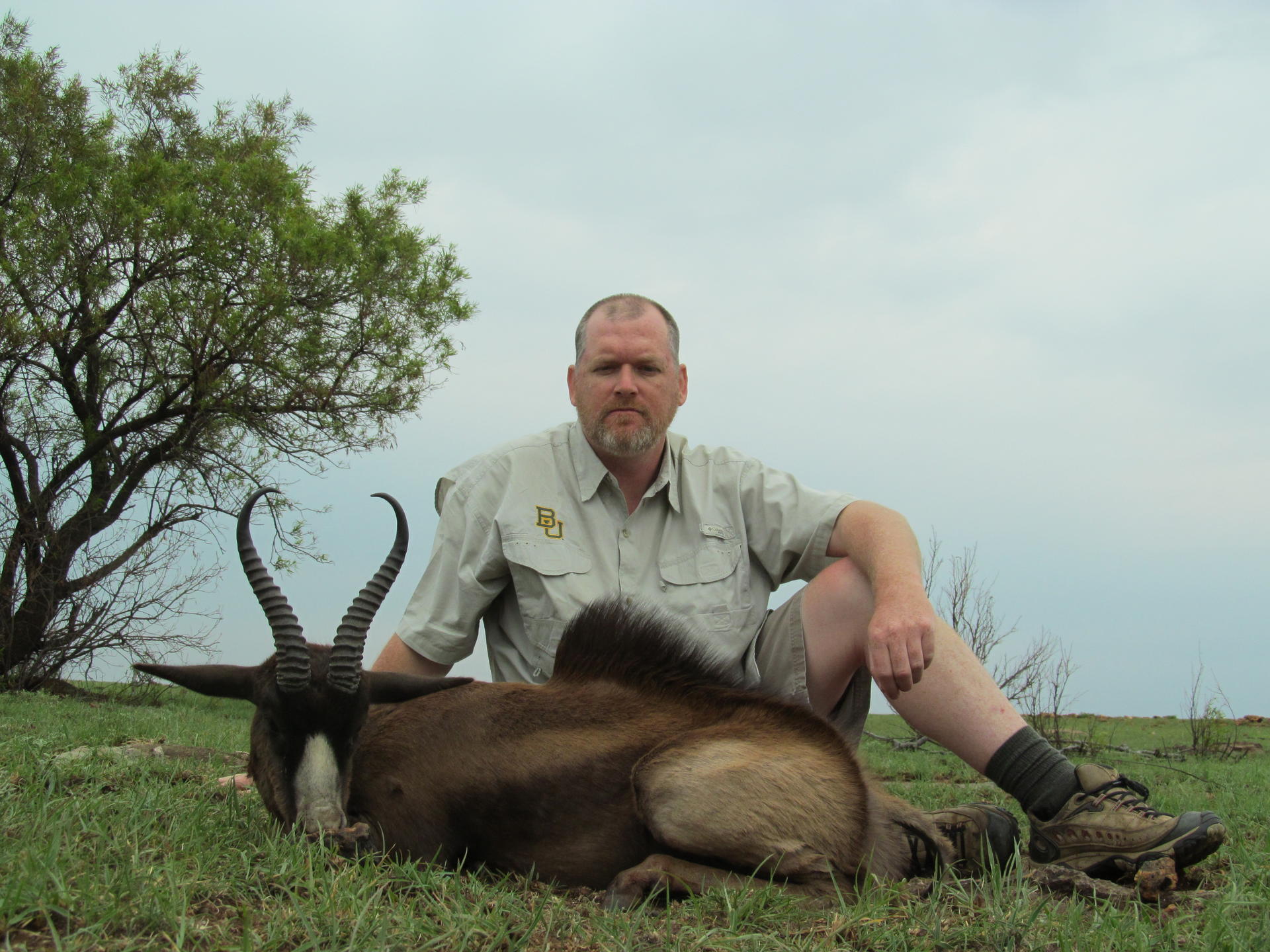 It was a short trip, but after six days of hunting I was able to take an eland, duiker, black springbok, black wildebeest and a porcupine. My brother-in-law took a great old gemsbok bull, impala, blesbok, and a porcupine.

I would highly recommend Koedoeberg. I have hunted several other ranches in South Africa and Namibia, and this is a ranch that I will definitely return to.

Congrats on a fine hunt for you and your brother-in-law those are some fine trophies. thanks for sharing with us.
Enjoy Life Now! It has an Expiration Date.

Thank you for sharing the story and photos with us...

Glad to hear that you had a great time and a successful hunt. Great animals. Congrats to you and you Brother-in-law.:thumb::beer:

Thank you for your hunt report and pictures!
Jerome Philippe, Founder of AfricaHunting.com

Congrats for a great hunt and very nice trophies !

Nice black springbok! Thanks for the hunt report and pictures.

Looks like another great hunt was had at Koedoeberg congratulations. I can't wait for my upcoming trip with Koedoeberg in late May of 2013

sounds like you had grand time at koedoeberg, with some great trophies
this jakal calling sound fun
thanks for sharing
THE HUNTER; The person that pays over 90% of the cost for the presavation and maintance of wildlife and gets zero credit for it ................
You must log in or register to reply here.

SOUTH AFRICA: Just Back From Koedoeberg Safaris What A Place To Hunt