Starting last fall and after returning from our previous hunt in the Klein Karoo area of the East Cape, we immediately began planning for a return trip having been bitten hard and repeatedly by the Africa safari bug. This time we were looking to explore a different area and biosphere (which I think the East Cape has 8 or so). After reading reviews and offers on AH.com, looking at different websites, communicating with several outfitters and considering charities supported, we settled on @Game 4 Africa Safaris (G4A). This coming trip had special importance as our daughter would be joining us immediately after graduation from college. This would be her last free meal, so to speak. My wife is also a hunter and while my daughter is an accomplished shooter, this would be a first for her.

Communication with Wik from the start was prompt and flawless, answering all our questions and queries. We settled on dates, made some upgrades to a package he had on offer and added a couple of days just for sightseeing and R&R. As the months passed Wik kept in contact and we appreciated the personal attention having not been forgotten after the deposit had been made.

I can only reiterate what many of the reviews of G4A have already stated in significant detail. In addition, my exuberance already lead me to post some pics and comments during our actual hunt (Spiral Horn Mecca @ G4A). The individual chalets offer extremely comfortable accommodations with a sense of privacy being just removed from the main lodge/bar/lapa area. The views are stupendous overlooking a fertile field that would fill with a variety of game species at dawn and dusk. Sitting by the fire and listening to the impala grunting while in rut, a visit from a waterbuck bull steps from the front porch, or the thrill of glimpsing a buffalo feeding just never got old. Meals served in the main lodge were family style and hearty. Dinner of game meat (for the most part) was cooked over the braai. G4A operates a large game processing facility on premise and a large retail/wholesale butchery in Grahamstown as well. You will be well feed. No request was too big and no wish not attended to. I developed a serious addiction to “Oma’s Crunchies” while there. In my defense I was just trying to maintain my energy levels so I could keep up with Wik.

The vehicles are well maintained and make access to the various concessions that Wik has an enjoyable ride. We had the opportunity to hunt three distinct areas: 1. dense bush veld for nyala, impala and kudu 2. an inland mountainous area of thick grasses and thorn thickets for fallow deer as well as monster wart hogs 3. and grassy plains for springbok which eventually dropped of abruptly into deep ravines to a vast valley floor below which proved ideal for bush buck. Hunting was spot and stock, and Wik loves to stop and say “let’s get out and walk-don’t slam the doors”. As it goes with hunting some stalks were short, as in the thick veld you never know what is just behind the next bush or tree. On several instance we got lucky and surprised feeding or resting game. It never hurts to be lucky. Others lasted hours, as once Wik identifies a good trophy he is like a bloodhound and his excitement contagious…to the point where you think don’t let me muff this shot and disappoint him. I have to admit his inclinations were always correct, and several times when after a lengthy stalk was sure that the animal of desire had eluded us or simply just bedded down for the day, his hunches to try one last thing or reposition always ended in my success. But it wasn’t just me, both my wife and daughter were at ease, successfully and thoroughly enjoyed their stalks with Wik.

We also appreciated the opportunity to participate in their charity Upliftment project in support of the Ndwayana Primary School. This school comprised of grades 1-7 is located a short distance from the lodge and serves the local community. I can only describe the setting as being similar to a reservation. G4A donated two large boxes of ground venison during our visit to supplement what otherwise appears to be a daily hot lunch consisting only of hominy. They had already provided a fridge through the collections of previous donations to store meat, a rain water collection system on one of the two school buildings and were providing paint for the building interiors; with more improvements and projects forthcoming.

During our week we saw frequent and healthy numbers of animals, especially kudu, nyala and bush buck. To me selecting a shooter was like splitting hairs-as the mature bulls or rams were numerous and all fairly uniform in stature. I think this speaks highly of their game management efforts. It is astonishing to me, when one thinks that G4A is managed and operated by two brothers in their late twenties with help from their charming significant others. This is a hands-on second generation family affair. There is nothing that gets done, or doesn’t without their direct daily input. We put in long days with plenty of sweat equity hunting, but you know they all did even more behind the scenes to make it all happen seamlessly. 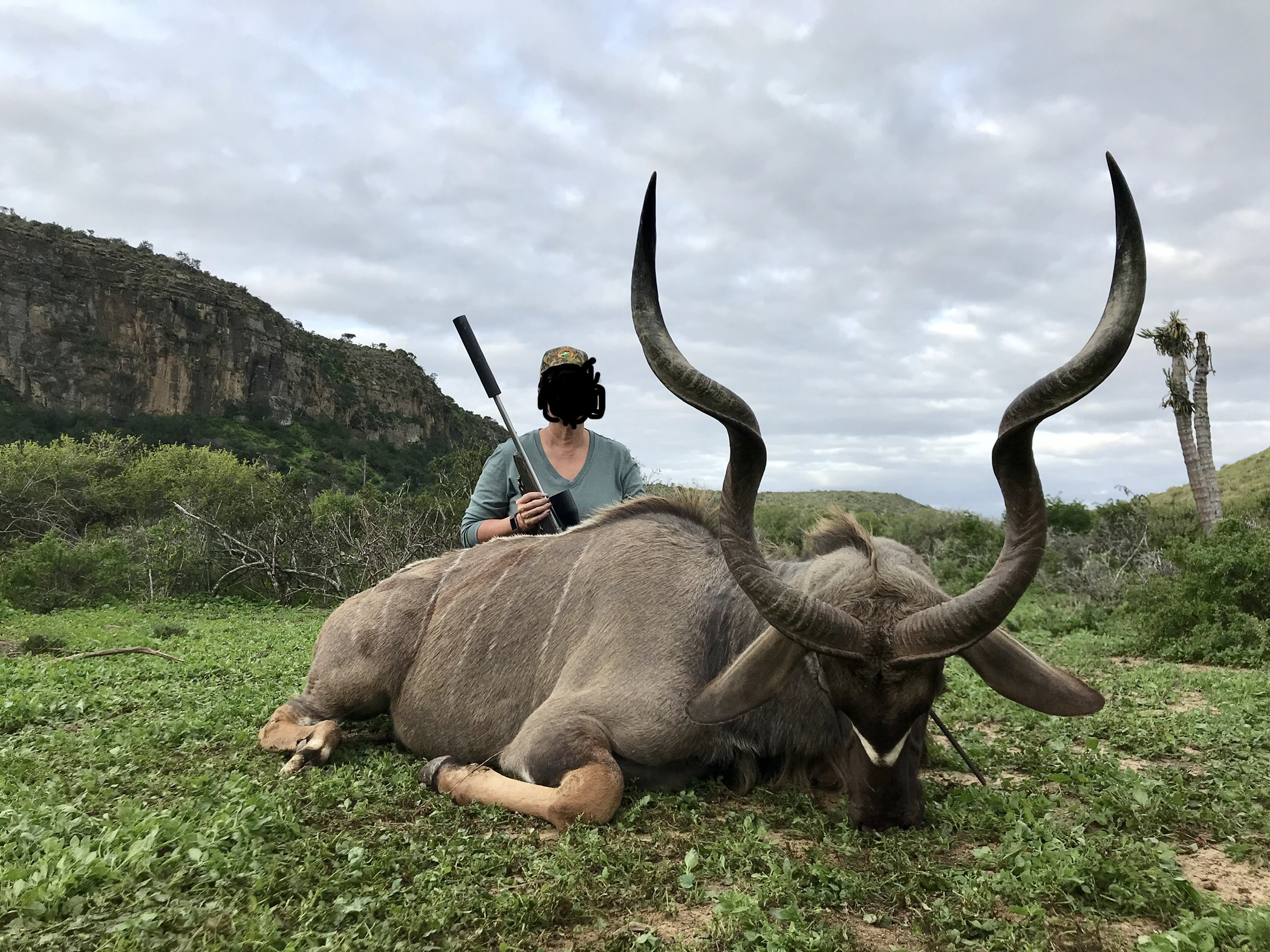 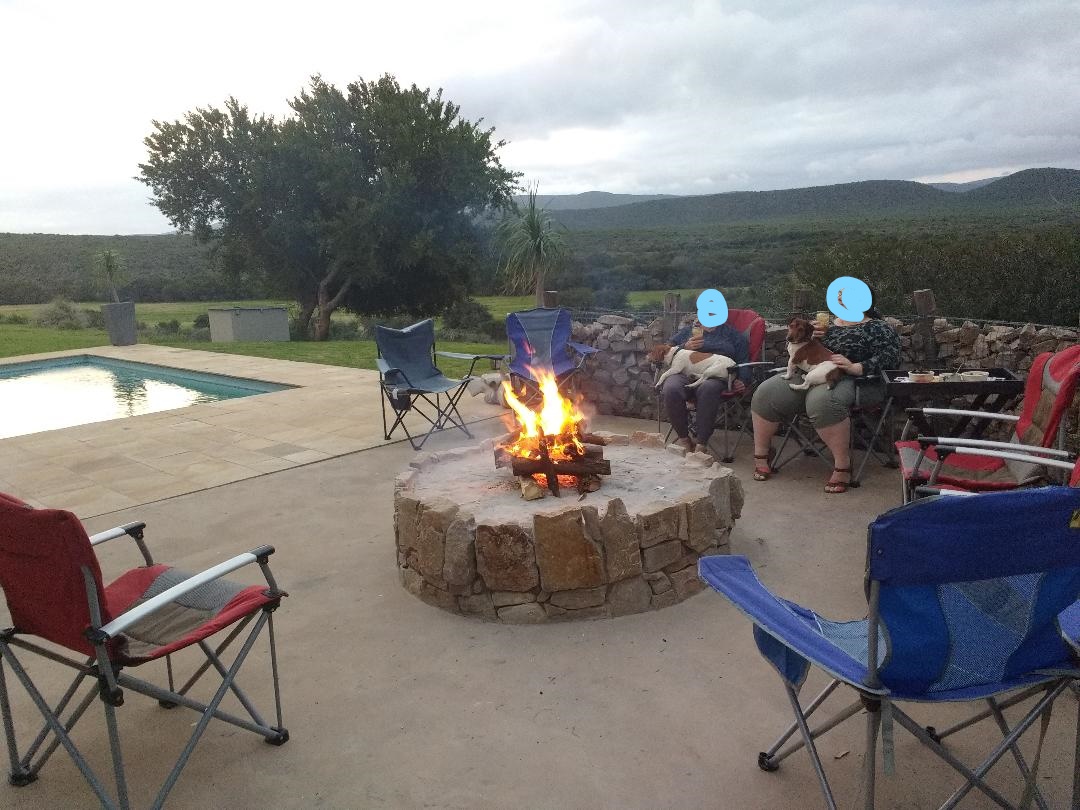 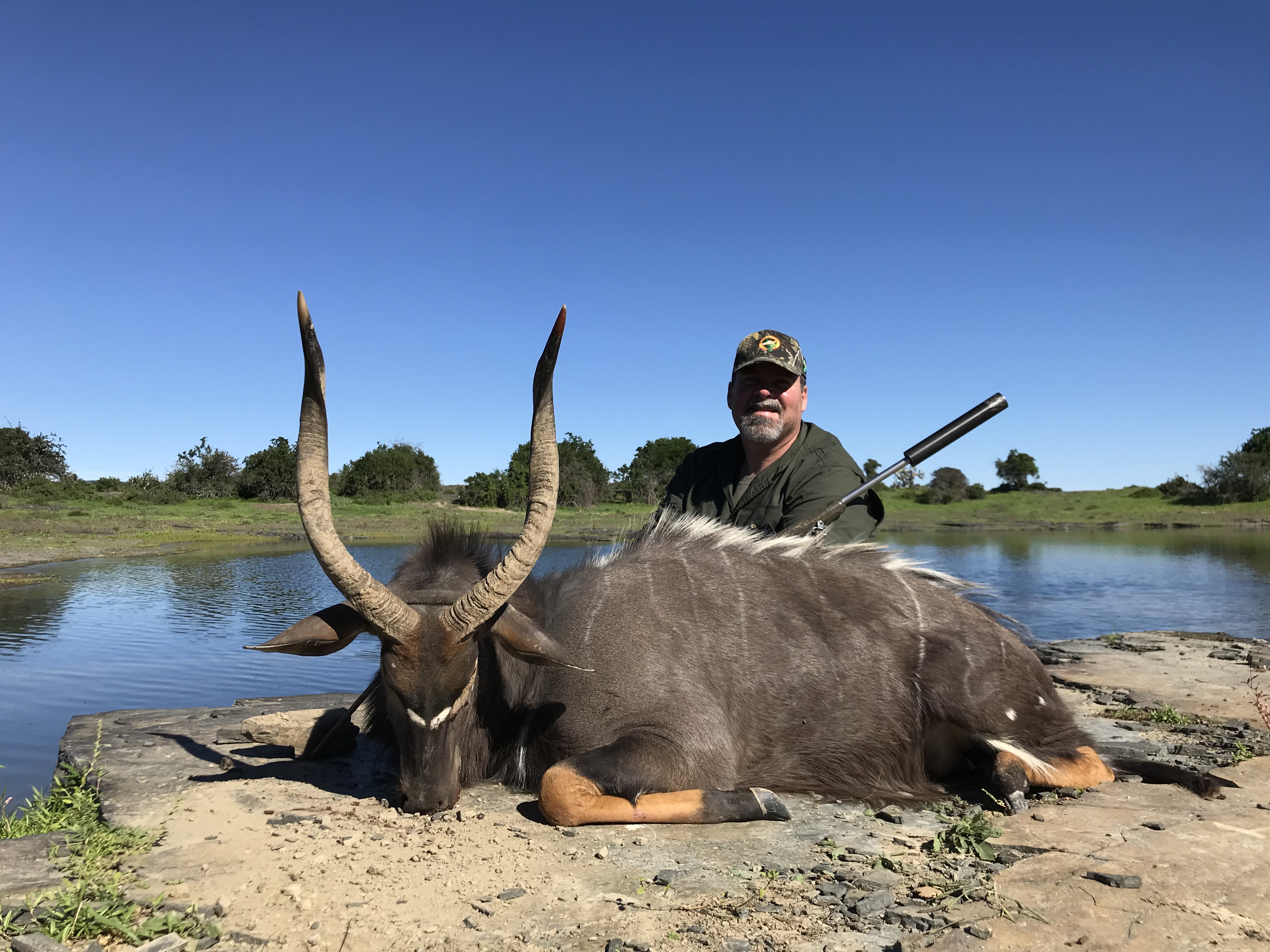 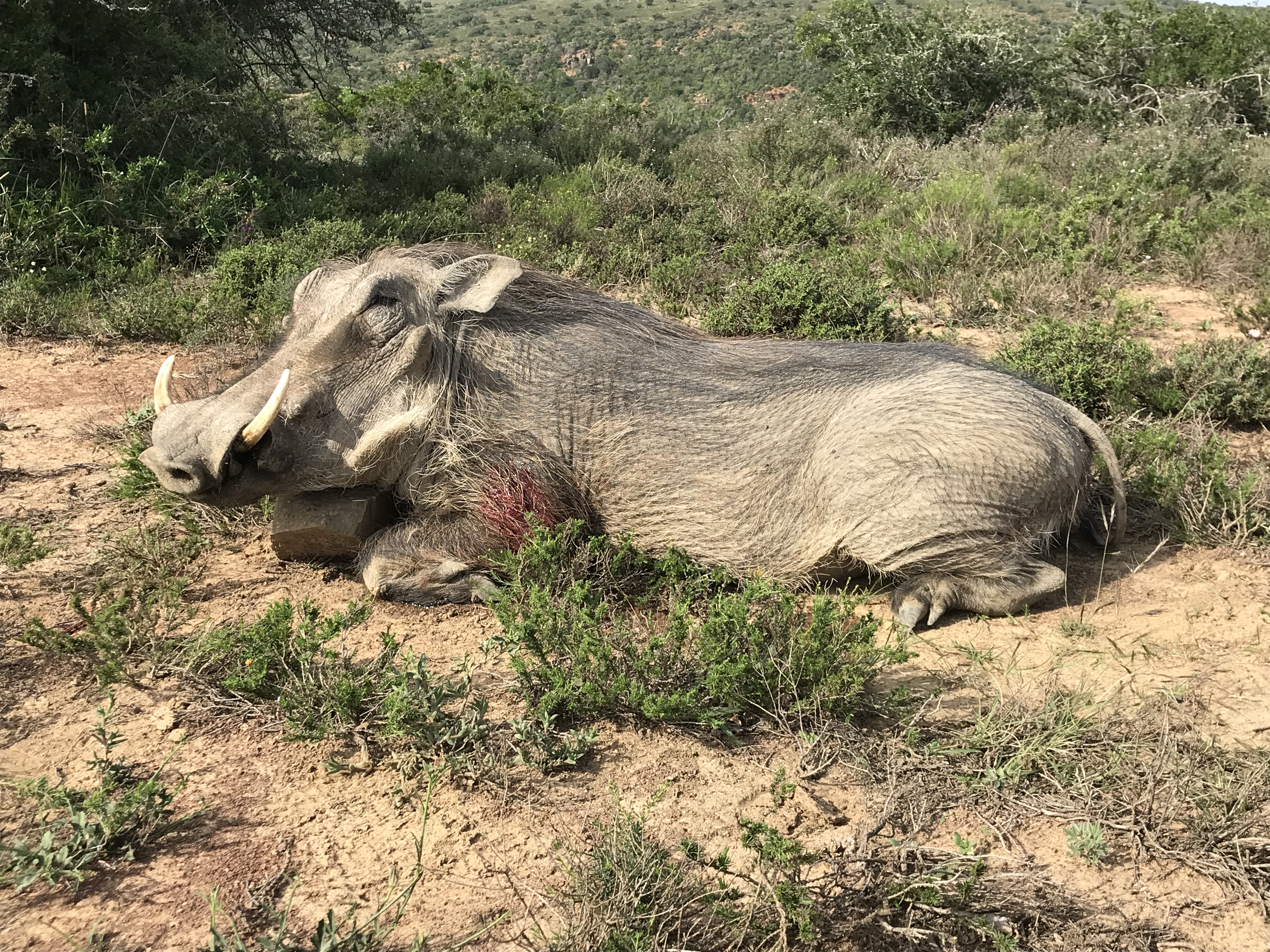 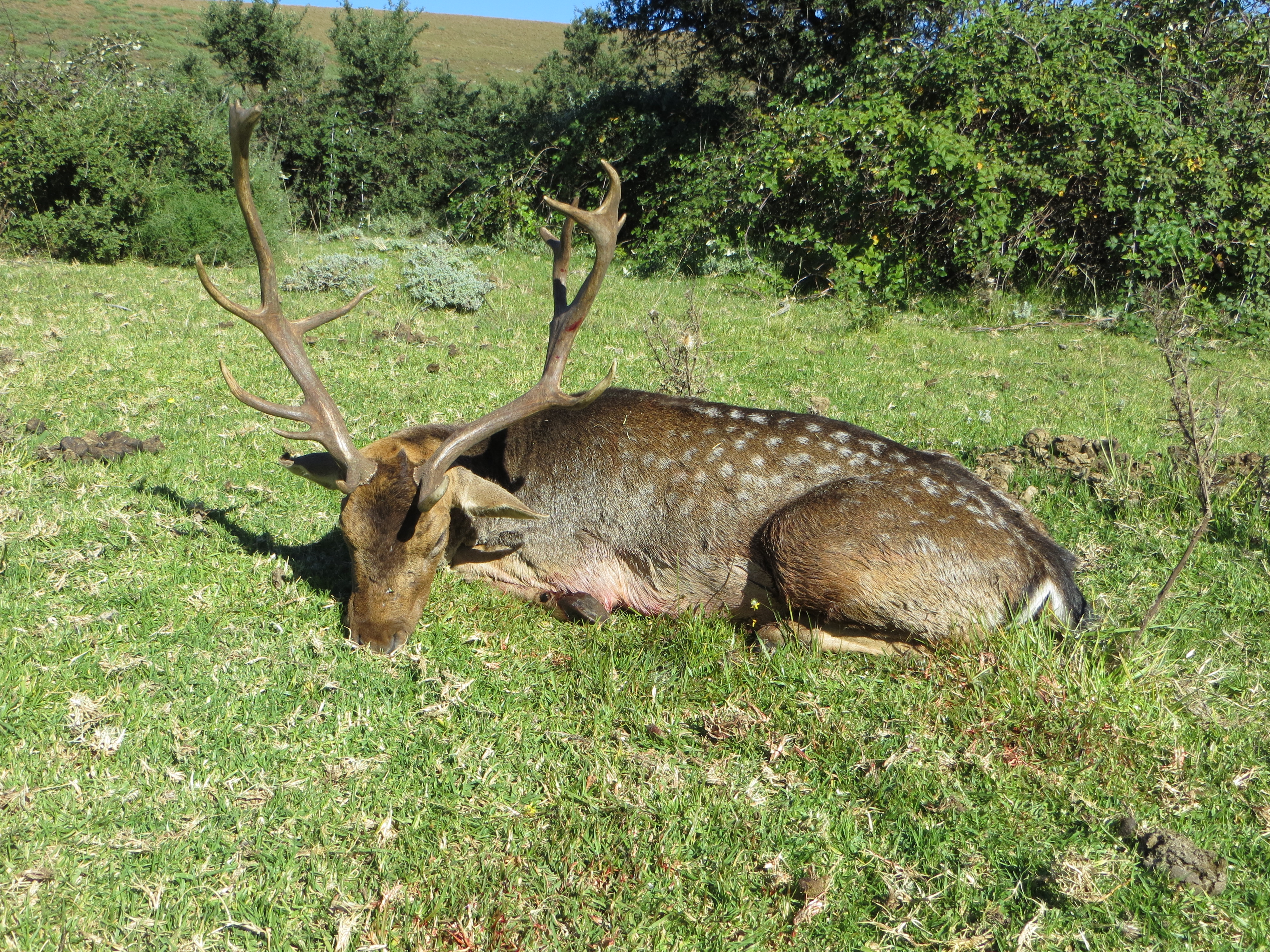 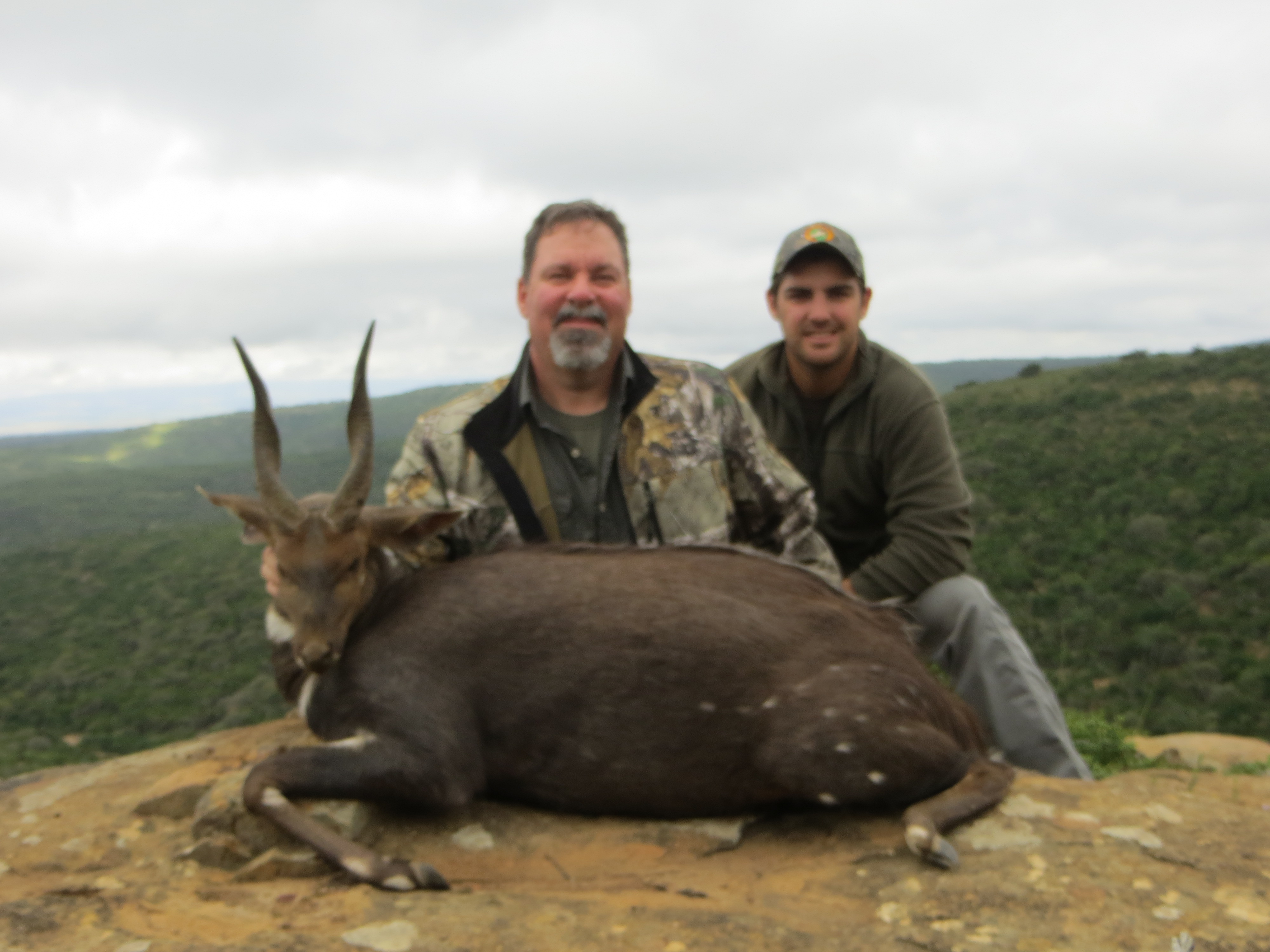 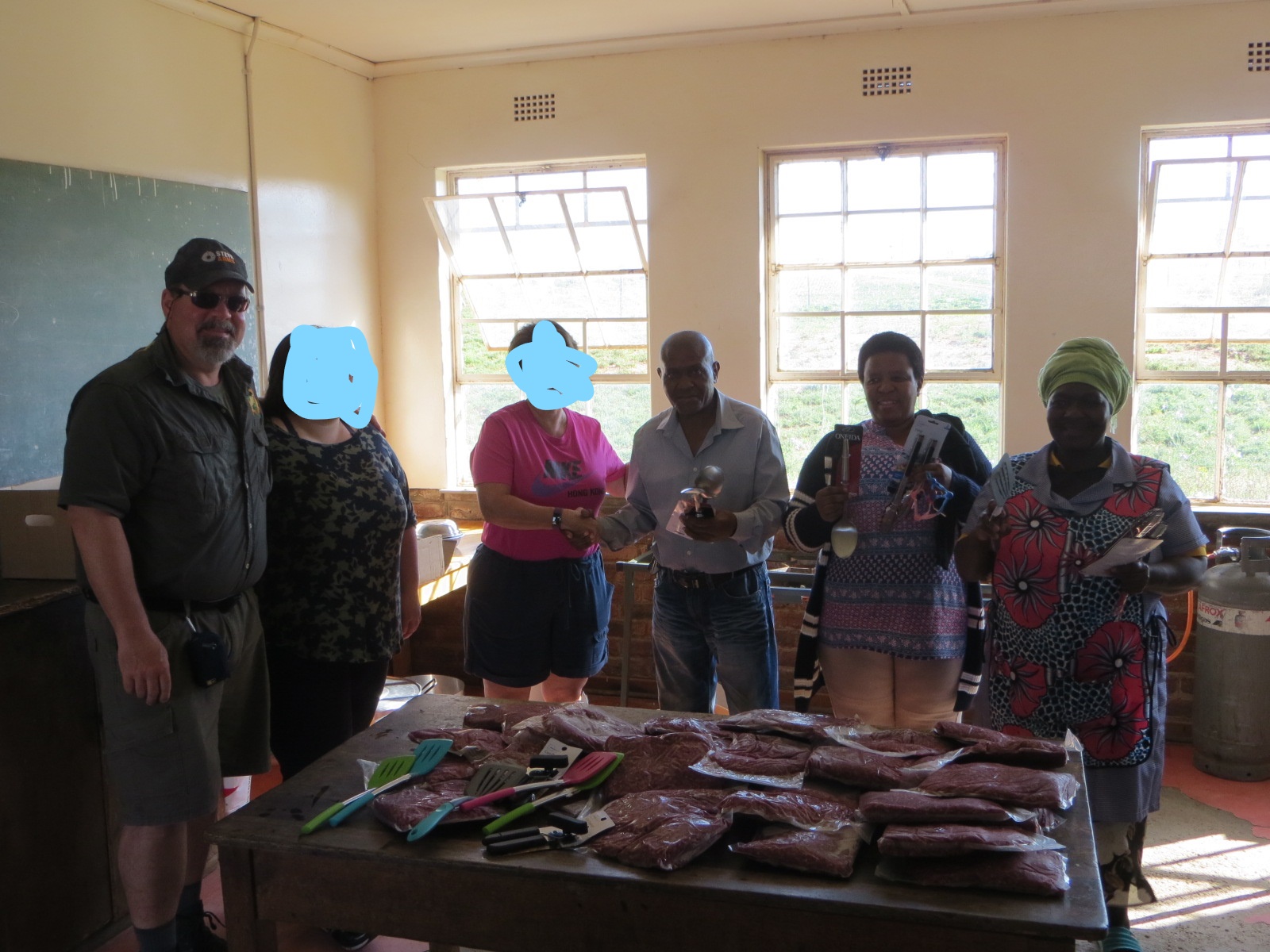 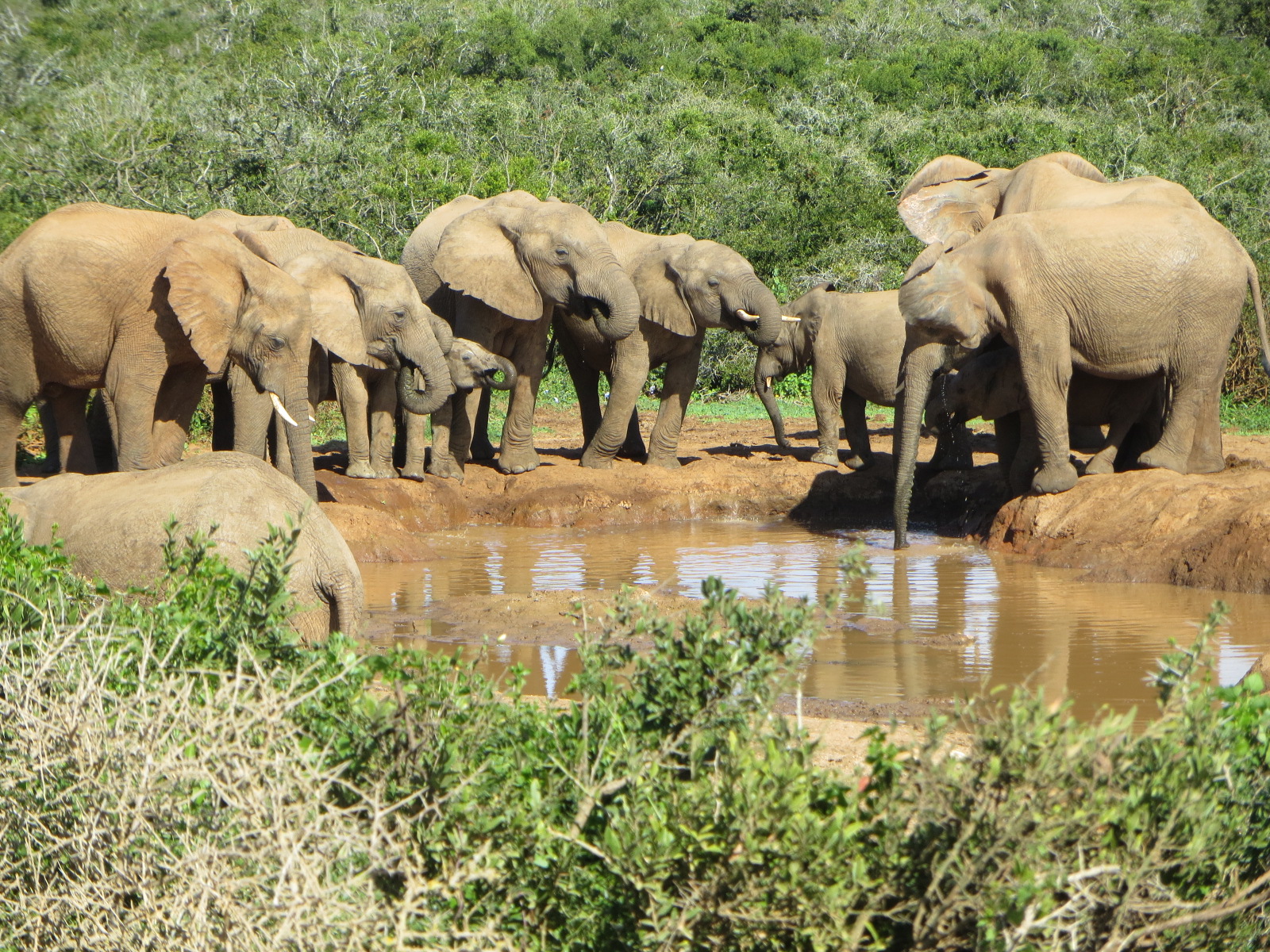 Huge congrats to you and your family on a great hunt. Enjoyed the write up and pictures, definitely ended up with some super animals!
Nathan T.

I laughed out loud when I read the first part of your report! I never did get past jet lag and would only sleep from about 10 to 2 then I would sit on the porch in front of my chalet with a cold water bottle from the mini fridge and the tall tin of "oma's crunchies" and watch the stars and even the odd zebra that would come up to nibble the lawn in the light of my room- The next night the tin would magically be refilled and the water replaced and I could sit and enjoy the solitude of nightime. Maybe you were too early in the season for the oranges but that was another of my favorites, nothing in our country compares! Strange the things you think you will miss and the things you really do miss. . . Glad you had a good hunt and vacation, I hope to get back someday and get that recipe and a couple more trophies I would like to have at my house to inspire my memories-thanks for sharing!

Some fine trophies! Thanks for sharing what seemed like a grand time!
Africa on my mind.

Looks like you had a great hunt and a good time. Also helped doing something to make a difference in the community. Thanks!

Sounds like a good family trip, with some nice trophies. All the hunt reports I have seen about Game 4 Africas Safaris, are always very positive.
R

Congrats, nice trophies !
You must log in or register to reply here.