My wife and I decided to take our honeymoon to South Africa for 2 weeks. We got the opportunity to stumble across Nick's website while planning and he was one of the few PH's that offered single day hunting outside of the other great packages that he has advertised. Nick and his brother greeted us at the airport and took the short 1.5 hour drive to his family farm. While I was after Kudu, my wife had never shot a rifle outside of two rounds at a target range a decade ago. Over the two days were there, we finally convinced her to try some target practice with a .243 that Nick had. After building some confidence on the shooting sticks at the lodge, Nick took her on a bush hike to find Impala. Nick was able to perfectly place my wife in position to make her first kill. She looked like a natural with the shot from 143 yards. Nick was there by her side to guide her and keep her calm. It was an unreal experience to be the observer and not the hunter for a day. His staff and accommodations were top notch as well as his fees were reasonable and competitive. 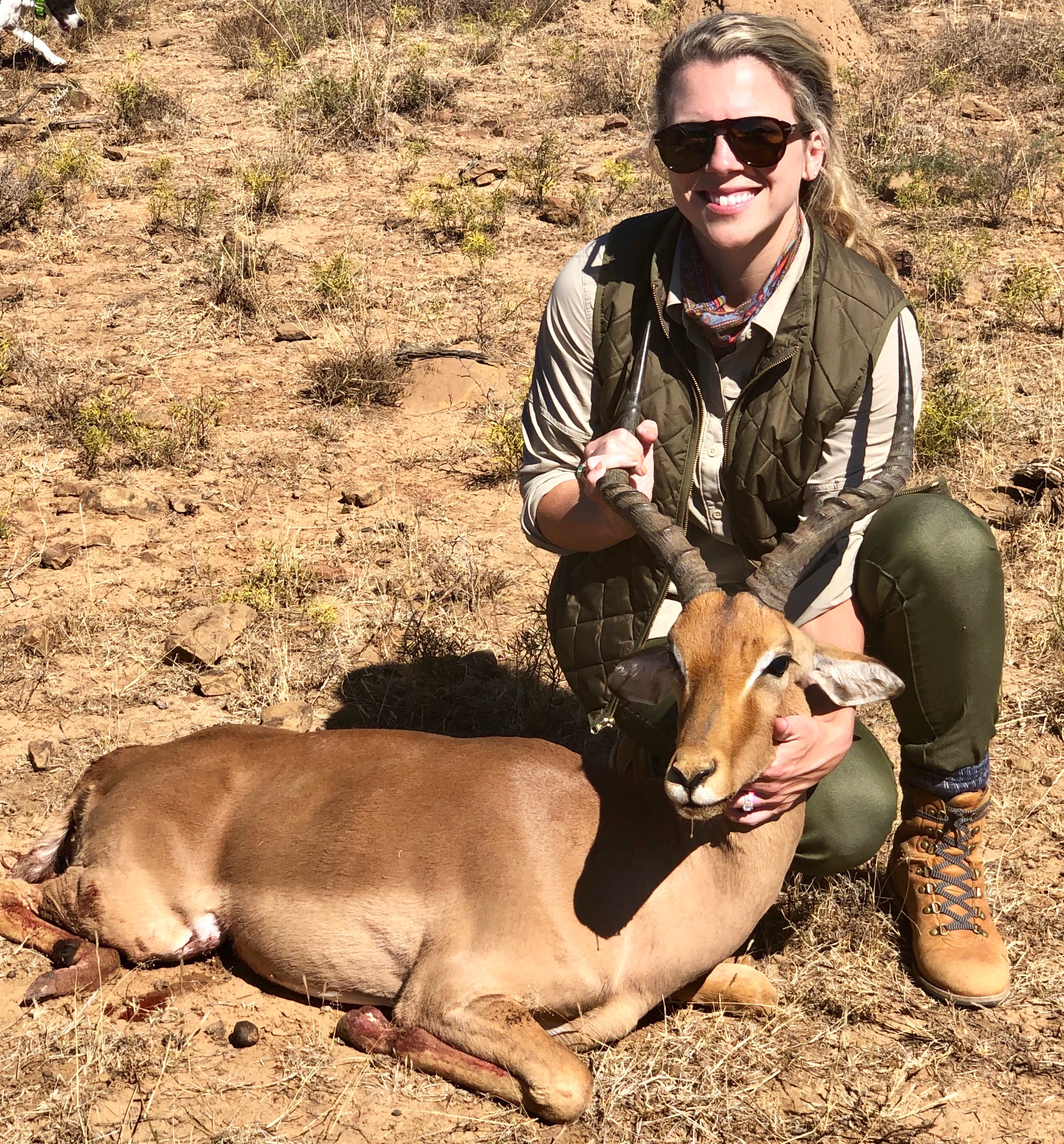 My wife and I were over the top impressed at the hospitality and attention to detail, especially when it came time to eat. The food was amazing and plentiful, the lodging was comfortable and cozy, and the wildlife on the property was abundant (no high fences either)! I have already pre-booked for an 8 day hunt in 2021 to go back and have ample time to do a 7 animal package that Nick is assisting me with on customizing. I would highly recommend Nick Bowker to first-timers and seasoned African hunters alike. His glassing and stalking knowledge coupled with the crew skills and knowledge of the area made for an exciting two days of hunting in South Africa.

Congrats on the Impala!
"Every man dies. Not every man really lives". William Wallace

Congratulations to you both, for the hunt and the wedding.

Congratulations to both of you. Michael it looks like you have found your future hunting partner in addition to a wife!

Michael, welcome to AH! It sounds like you and your wife had a grand adventure! And your Africa addiction has struck! Enjoy!
Africa on my mind.

Congratulations on the new hunters success and going back for more hunting.

Congrats on the hunt and the wedding!
John 3:16

Congrats! So when's the return trip for a full week?

Congrats on a successful Safari

Michael Barr said:
I have already pre-booked for an 8 day hunt in 2021 to go back and have ample time to do a 7 animal package that Nick is assisting me with on customizing.
Click to expand...

WHOA...STOP... and just how many days of hunting is your lovely bride pre-booked for? I am planning on ya'll celebrating 32 years of marriage.

Congratulation on your marriage, honeymoon, and impala. Ya'll are on a great start!

and a new hunter id born! Way to go. Congratulations on your wedding and what sounds like a wonderful trip.

Welcome on AH and thank you for your report!

Welcome to AH, and congrats on the wedding and the hunt !
You must log in or register to reply here.