Conclusion, Corrections and Such

First of all I would like to apologize for any bad grammar, misspellings and such. Next time I am considering writing each narrative on a word document, then go over it several times for correctness, then cut and paste it on the thread. This should catch most of the mistakes. Throughout the report I refer to all of the hunting areas as farms, not concessions. This is because when talking to staff, this is how they referred to the areas, usually with a man's name in front of farm. My son disagrees with me on this, but so be it!

On Day 4, I called the savanna...suvanna. This is fully my mistake. Suvanna is a female name...I had no idea. Pieter's camps are West/Northwest of Joberg, not north as I had written. I was corrected by my son's GPS. Like a compass, never argue with a GPS! Although I am much better with a compass and topographic map than I am with a GPS.

Day 5, July 7. I didn't address this day in the report because we spent most of the day near the camps trying to find another pig. No luck at all! Spent three hours in a brush blind over a water hole, but only saw domestic cattle. Did more cruising in nearby area, but never saw another pig.

Giraffes: We were not hunting a giraffe, but had we been, we had many opportunities on three different hunting days on three different farms. If you saw one, you saw 12-15. They were running in herds or families, not sure which is correct. Point is if a giraffe is high on your "to hunt" list, you probably should call Pieter at Pawprints. He has many. Nearly all would have been 30-50 yard shots based on the ones we saw.

Red Hartebeest. We saw big red hartebeest all four days we hunted. They were always loners, kept their distance and ran quickly. No close in shots available. Again just mentioning it in case it is high on your list.

Balule Bush Lodge: Pieter acquired this camp this year. This is were we ate each day and checked rifles. The skinning shed is a couple hundred yards away. There is the bar, admin office and the big fire each night. I believe he can book up to 8 hunters here, but am not sure of that number. 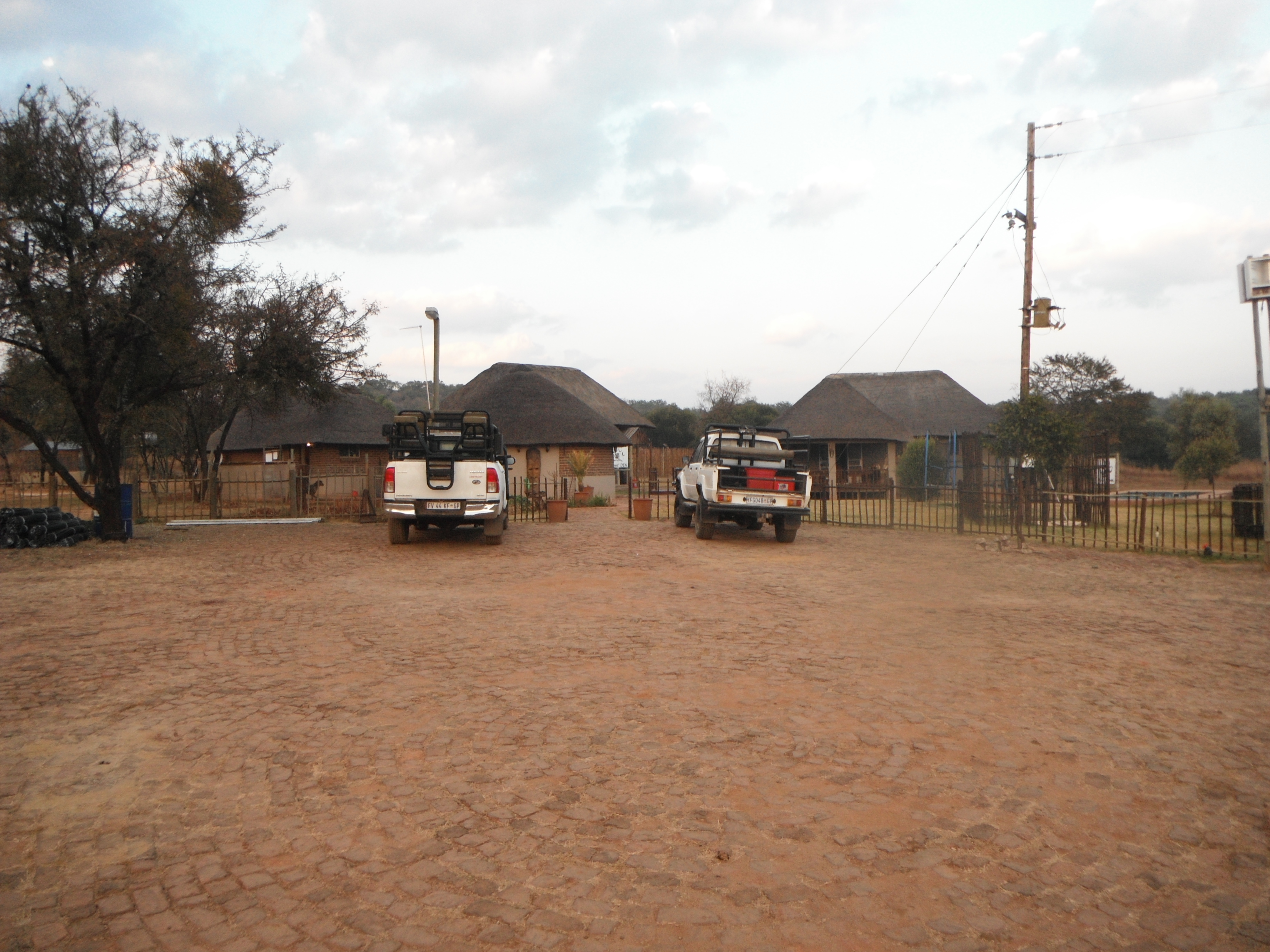 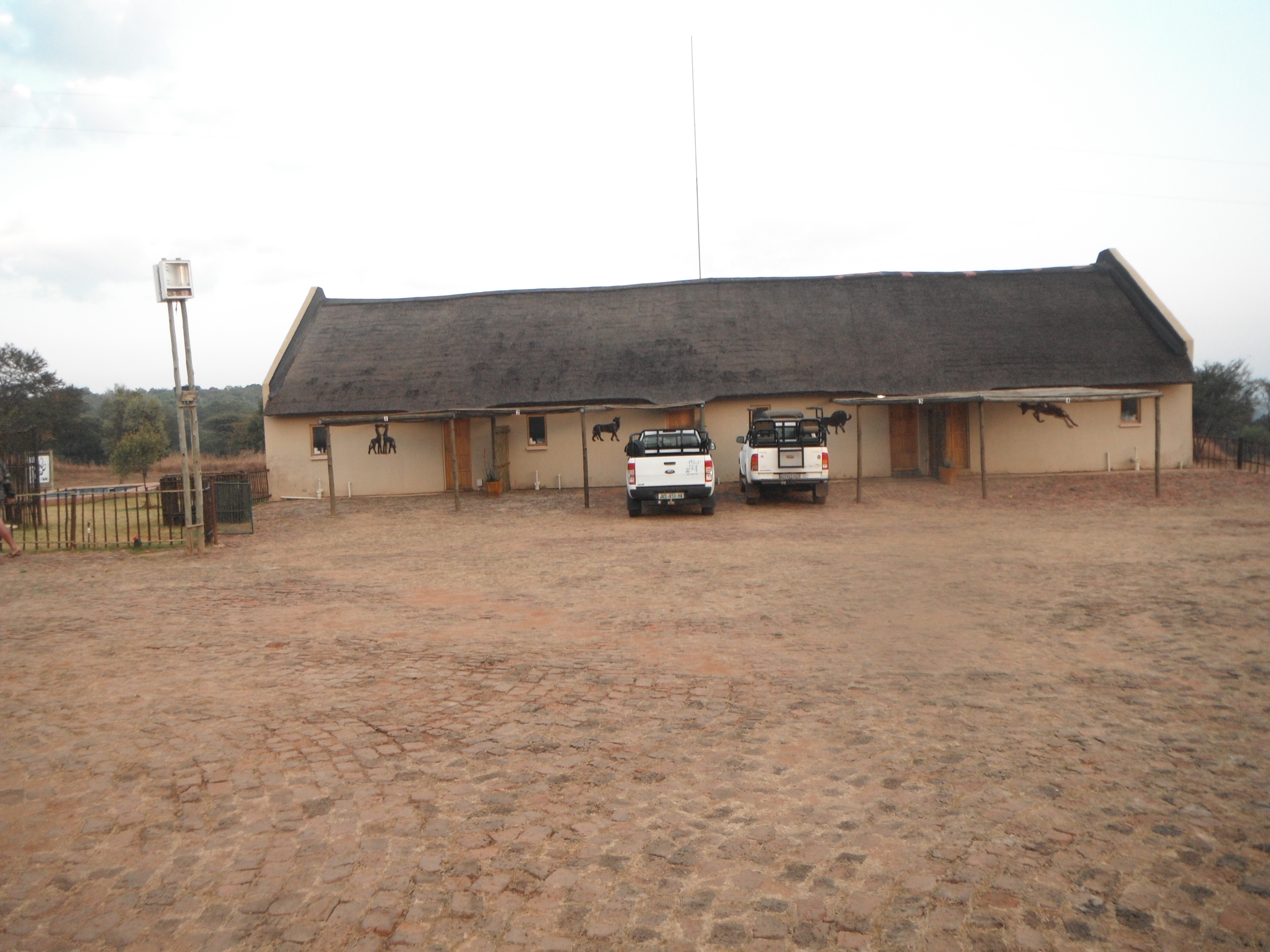 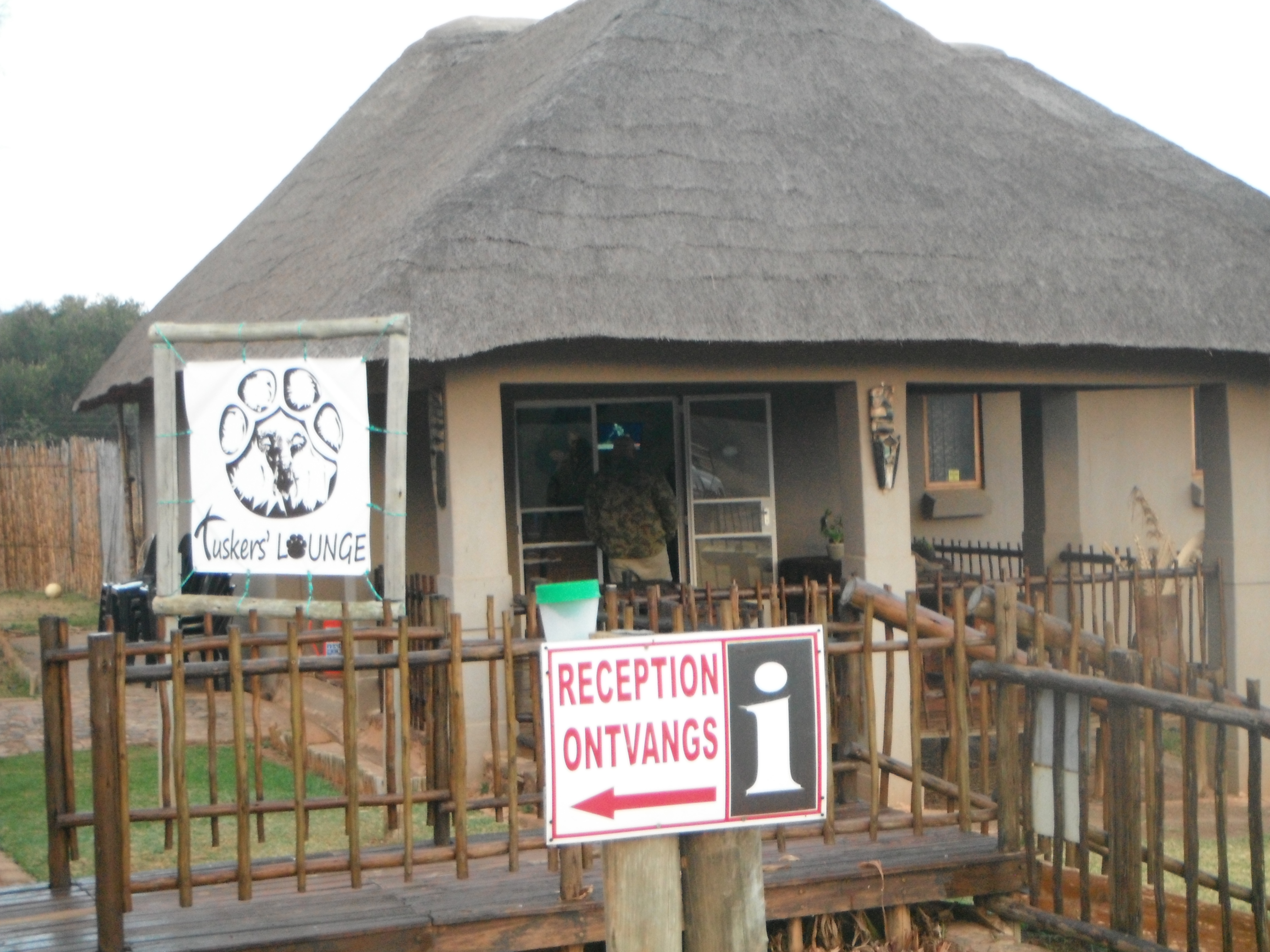 Flintbeck: This was Pieter's old camp. It is a 100 year old farm owned by the same family. This was home for Chris, PH Jonathan and myself. It is about 10 minutes from Balule. 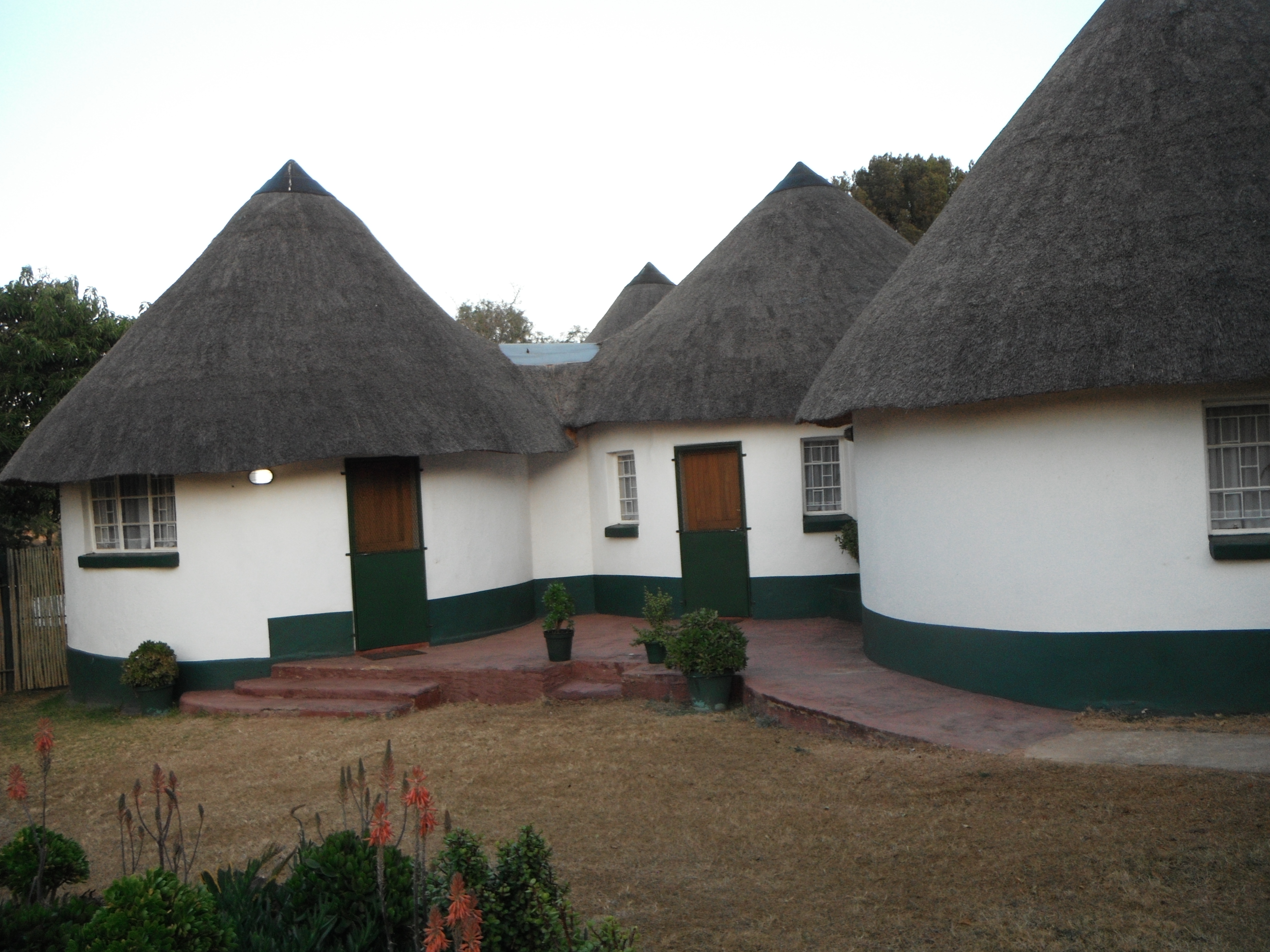 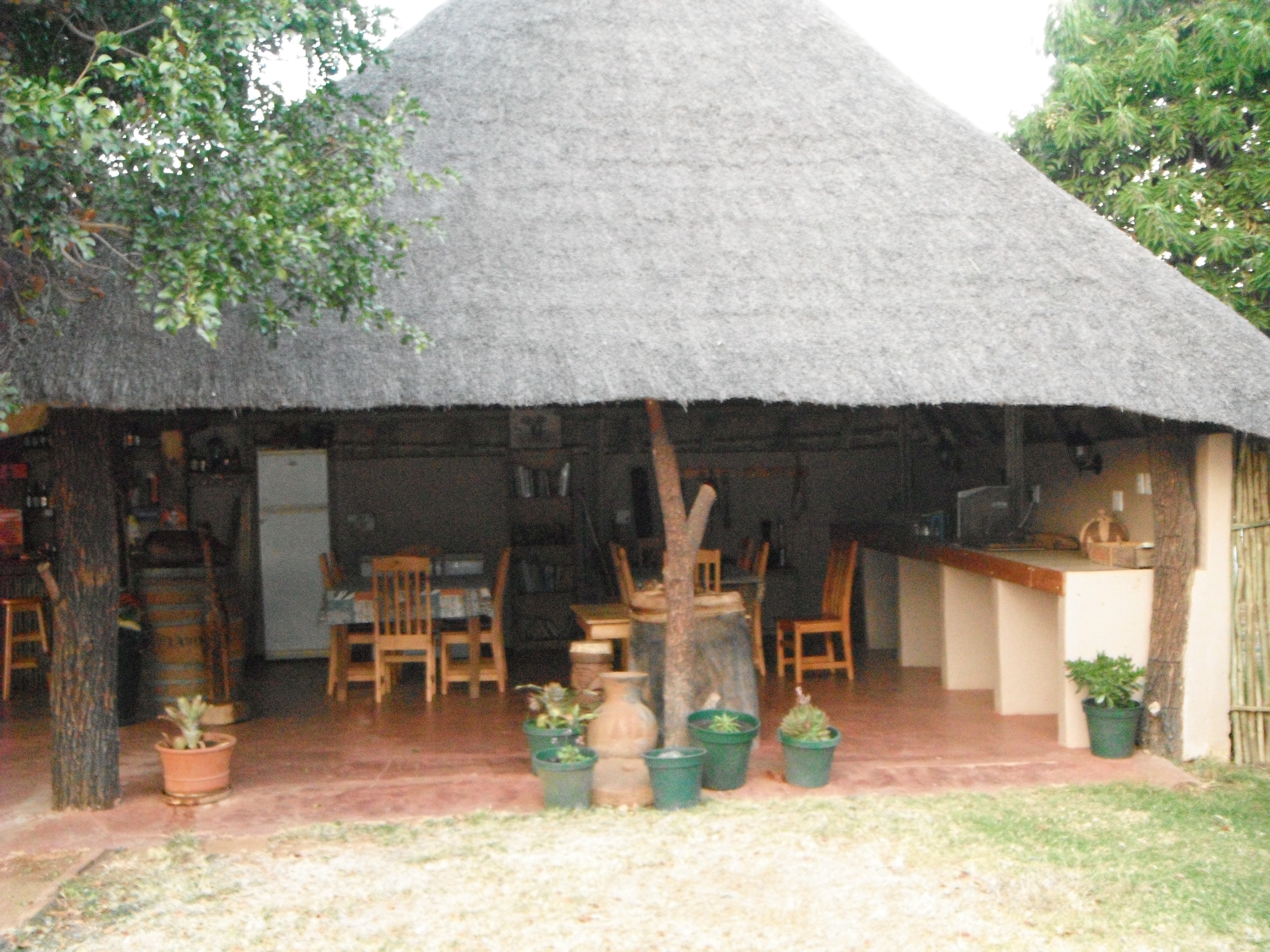 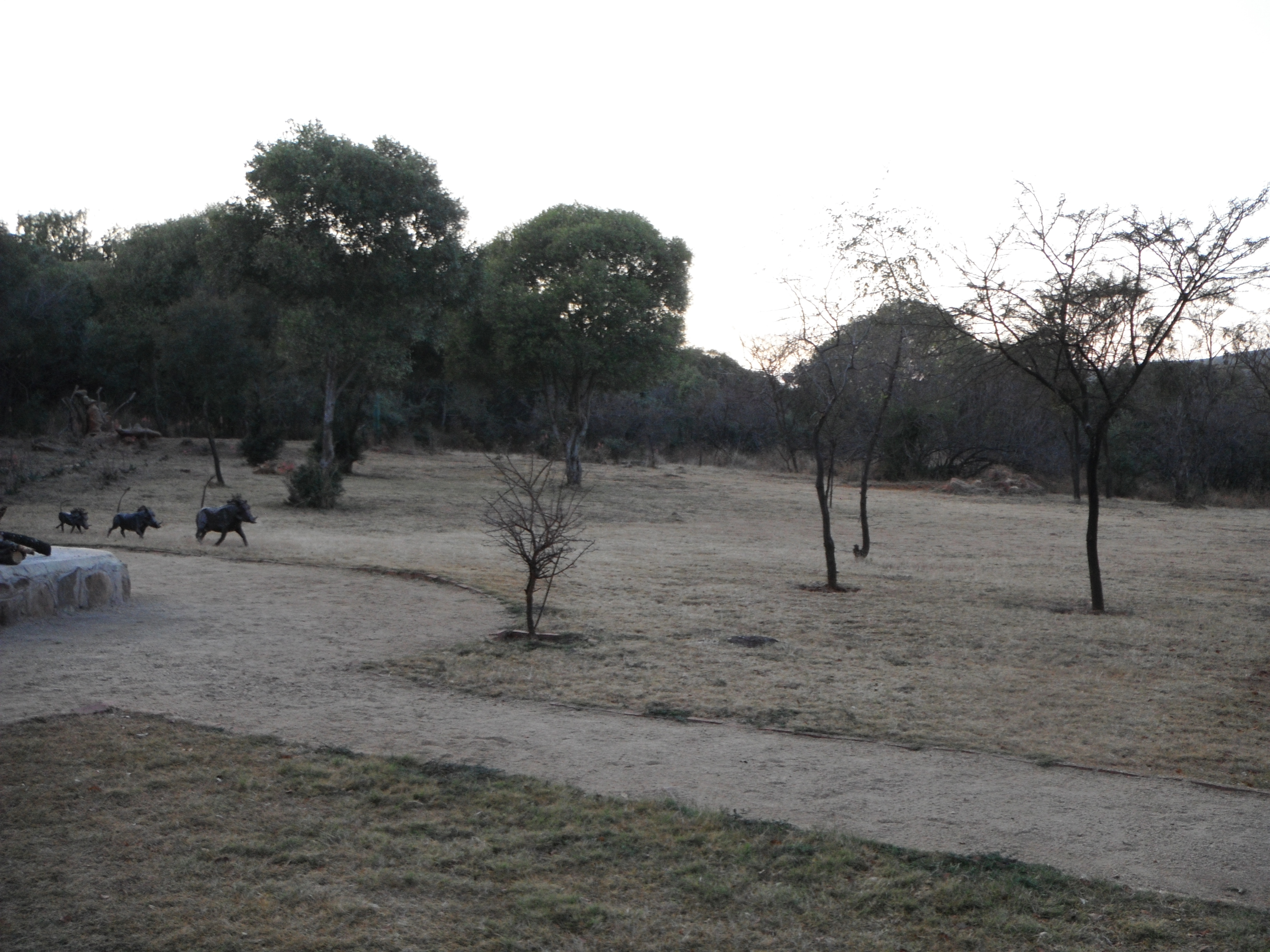 Not much here to learn for you safari veterans. But for you first timers, read in detail and ask questions if it is not clear. My son and I had no problems concerning the hunt, the trip over and back and the checking and re-entry with firearms......But we planned this for more than a year. I paid for the hunt last August. I bought my air tickets in January using Lori at Travel Express, (second time I have used her for international travel).

I personally cannot see how Pieter and Pawprint could have made our trip better, but this is based on only one hunting trip to South Africa!!!

Well I hope you get to go back one day. Just maybe Pieter can even given you trip that will top this one in some ways. I know he will always try and give the best hunt he can at some of the best prices n SA.

Very good report! Thanks for sharing!
It was great you were able to take your son to Africa. That alone would have made a great trip!

Do you have the coordinates for PawPrints? I love to see them on Google Earth.
Africa on my mind.

Ridgewalker said:
Very good report! Thanks for sharing!
It was great you were able to take your son to Africa. That alone would have made a great trip!

Do you have the coordinates for PawPrints? I love to see them on Google Earth.
Click to expand...

Thank you for the report David, it was a privelege hosting you and Chris.

Pawprint Safaris said:
Thank you for the report David, it was a privelege hosting you and Chris.
Click to expand...

Thanks Pieter, we both had a great time!

Congratulations, sounds like you had a great time.
Tommorow is promised to no one. Go live your dreams.

Thanks for doing a report. Sounds like you had a great trip and it also seems like the next is already in the plan.

Sounds like another great hunt with Paw print! I enjoyed my 2 trips as well.
You must log in or register to reply here.