...and a beer.
Keep it coming.
“They that can give up essential liberty to obtain a little temporary safety deserve neither liberty nor safety.” Benjamin Franklin 1759

Impala are one of the creatures that capture the essence of Africa in my imagination. This hunt is very memorable for me because we found a buffalo bull unknowingly walking towards us through the thorns, and had to make a quick detour through those thorns to avoid him. Eventually we found this beautiful old ram, set the sticks up, and waited for him to feed into the right position. 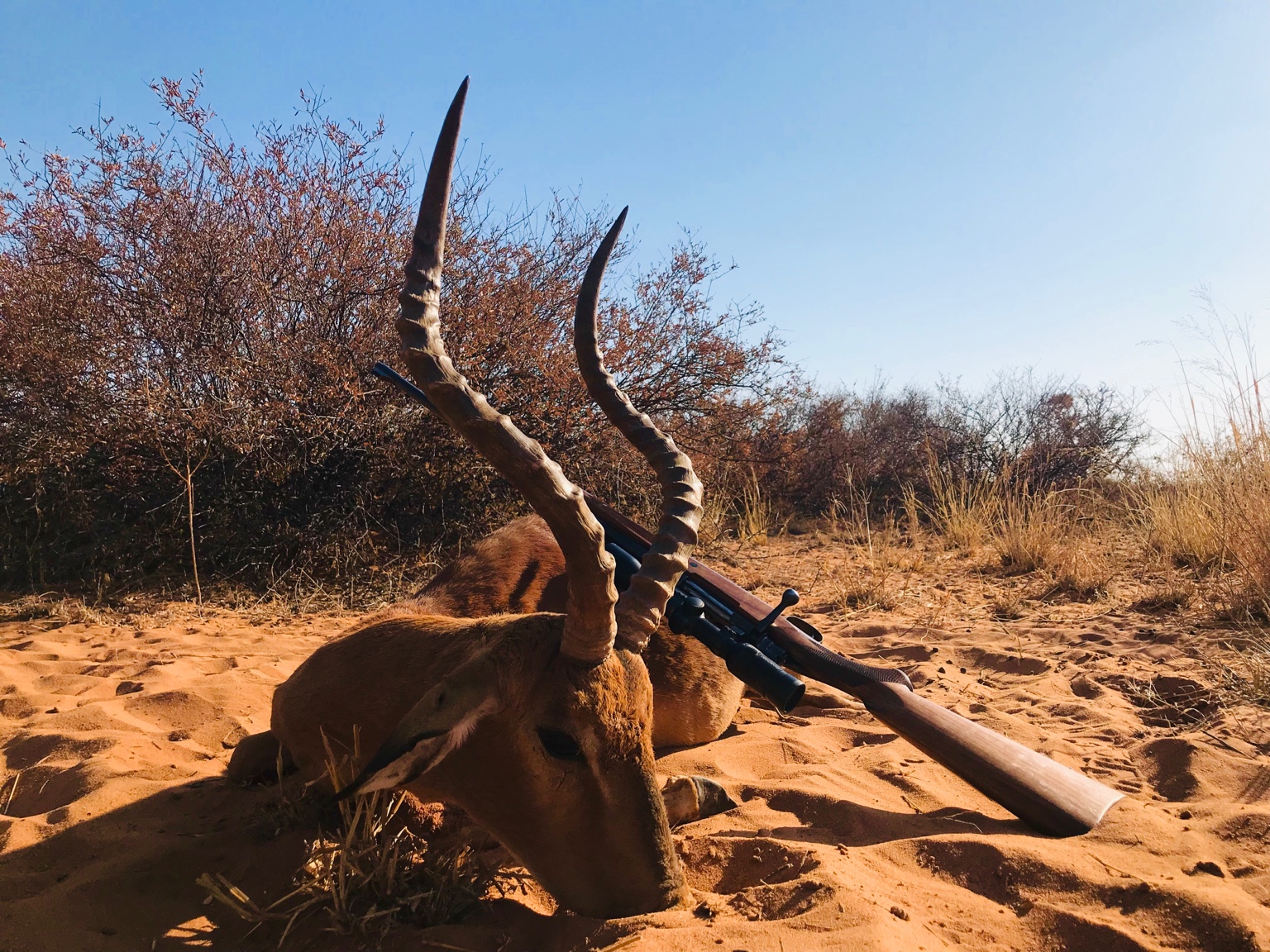 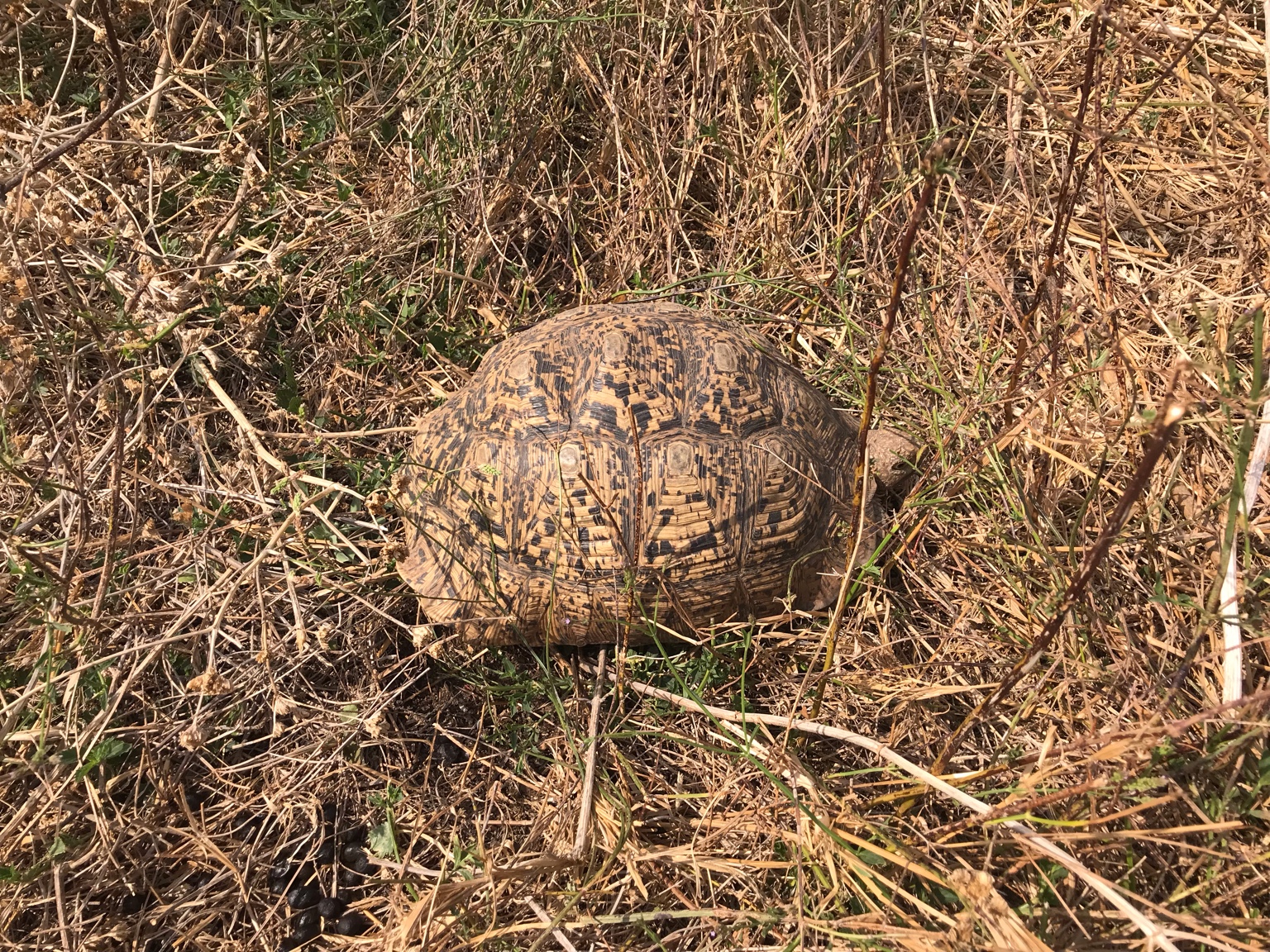 It was also really cool to walk in the footsteps of leopard and hippo, and to need to exercise caution about crocodiles! 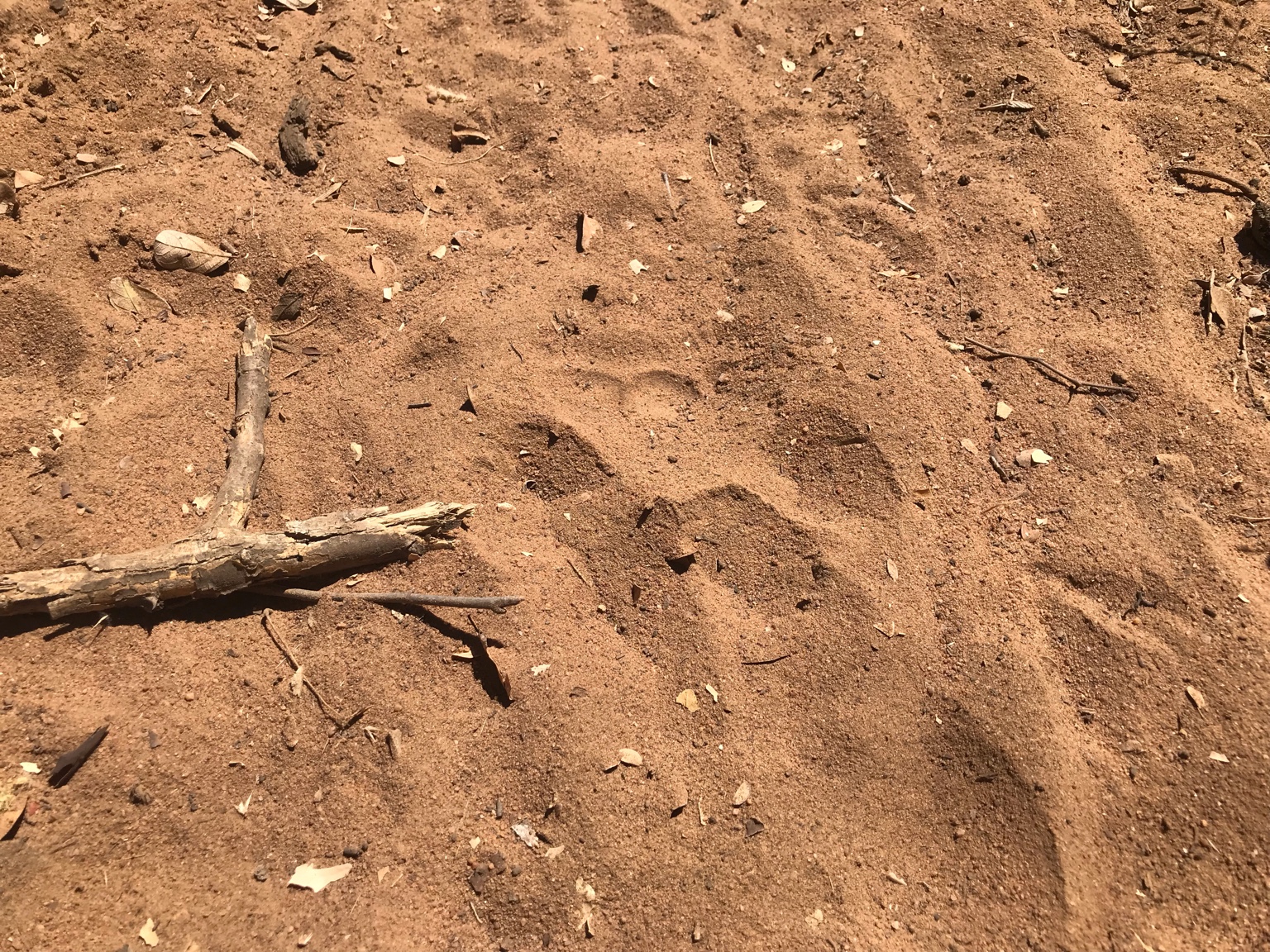 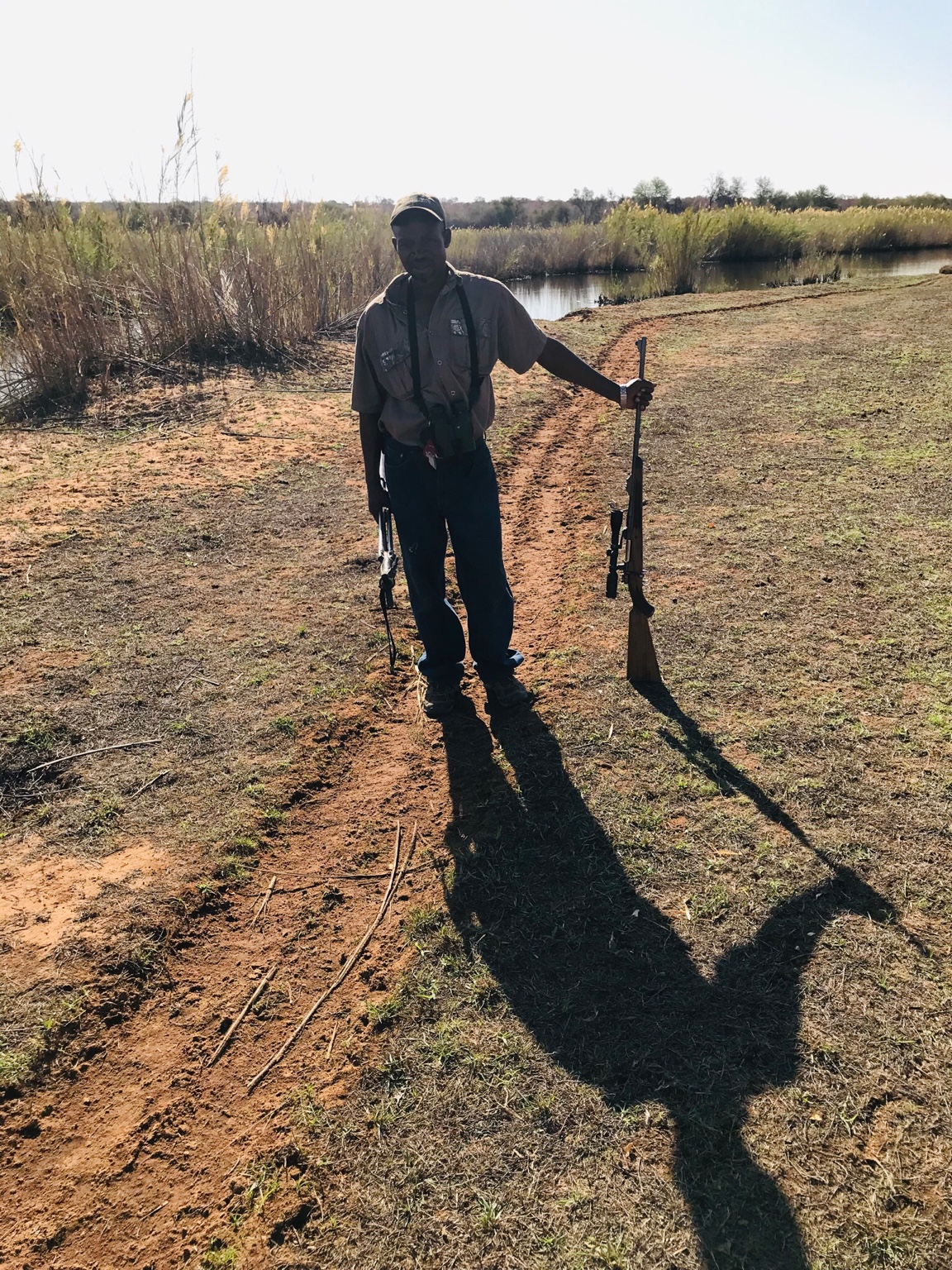 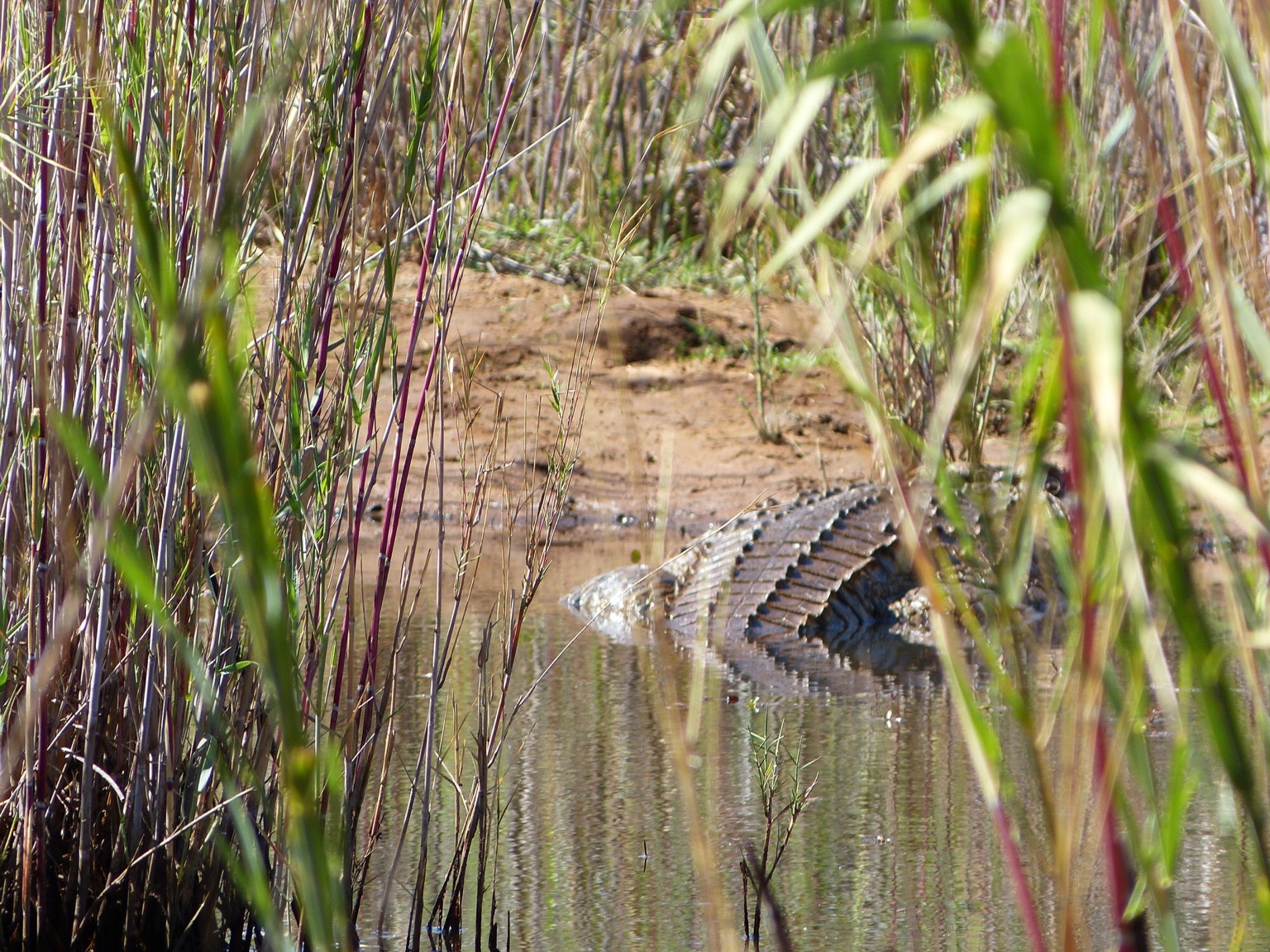 Looks like a fantastic trip. That Kudu is an absolute stud!

Well done Ben, I know how much you were looking forward to this trip. Nyala and bushbuck have me 'in', I will hunt them again one day....... I'm so glad someone from Oz managed to get their 300H&H to the Dark Continent

Thank you, guys! Yep, Mark, seemed like I couldn’t sleep for weeks before getting there! I think I could get addicted to hunting and eating bushbuck! Next time, for Cam’s .300H&H!

Kudu are what have drawn me to Africa three times now. There’s something magical about how they ghost so gracefully and mysteriously through the bush, and how dainty yet gigantic they are.

We photographed this wonderful bull early one morning, then commenced stalking the base of the hills. 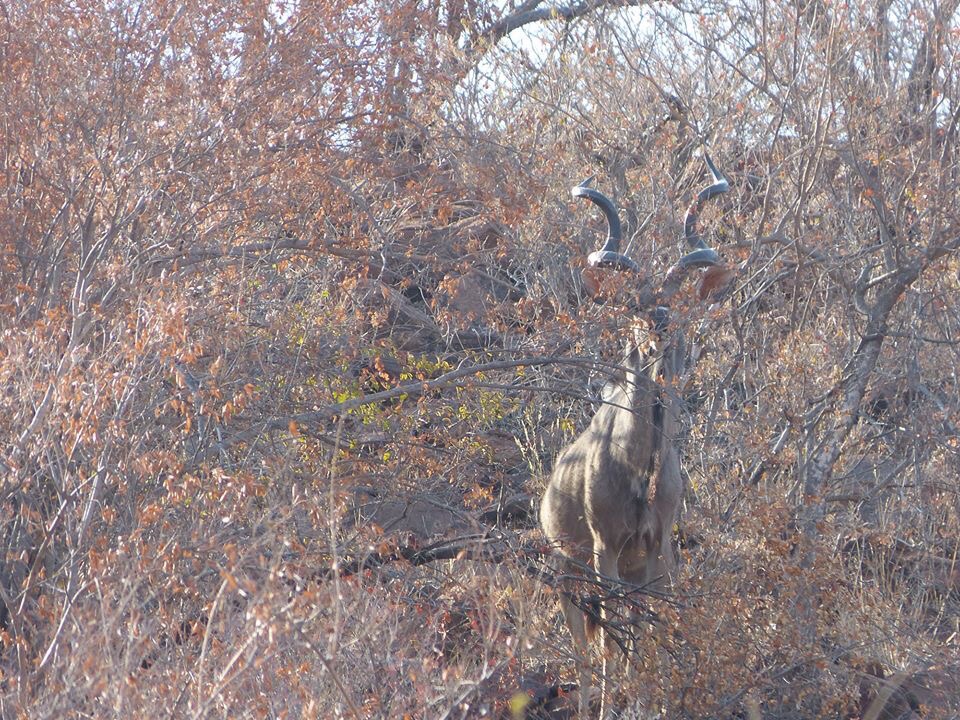 Another grand bull was discovered browsing in thick bush about sixty metres away, but there was just too much brush in the way. He soon spooked away and we began to track him.

I’ve been impressed by the skills the trackers have each time I’ve visited Africa, but Sammy was shockingly brilliant in the way he could follow tracks, read animals and see through impenetrable bush.

Anyway, we saw the bull ahead a couple of times but he kept putting the distance between us and drawing us up into one of the mountains. We couldn’t close the gap and it was getting too noisy with the crunchy leaves and gravel. So we abandoned the kudu and climbed down. Once down in the valley, the same kudu barked mockingly at us from way up the top - I couldn’t see him but Sammy could. Then the kudu moved over the mountain top...

Sammy and Chris knew there was little food up there due to the drought, and although there was the possibility the bull would stay up there, there was also a chance he would sneak down the other side. A plan was hatched, Sammy’s eagle eyes spotted the wary bull sneaking down, and a long waiting game began. The kudu froze in the thick thorn bush near the top, surveying everything, searching for us. After a long time he began to move, but we weren’t sure which way, so we commenced stalking at one small step per minute. We caught him out coming our way underneath the ridge, suspicious but unable to pinpoint us. As he stepped into a gap a steep uphill shot was taken and the bull began crashing dead down the rocks. 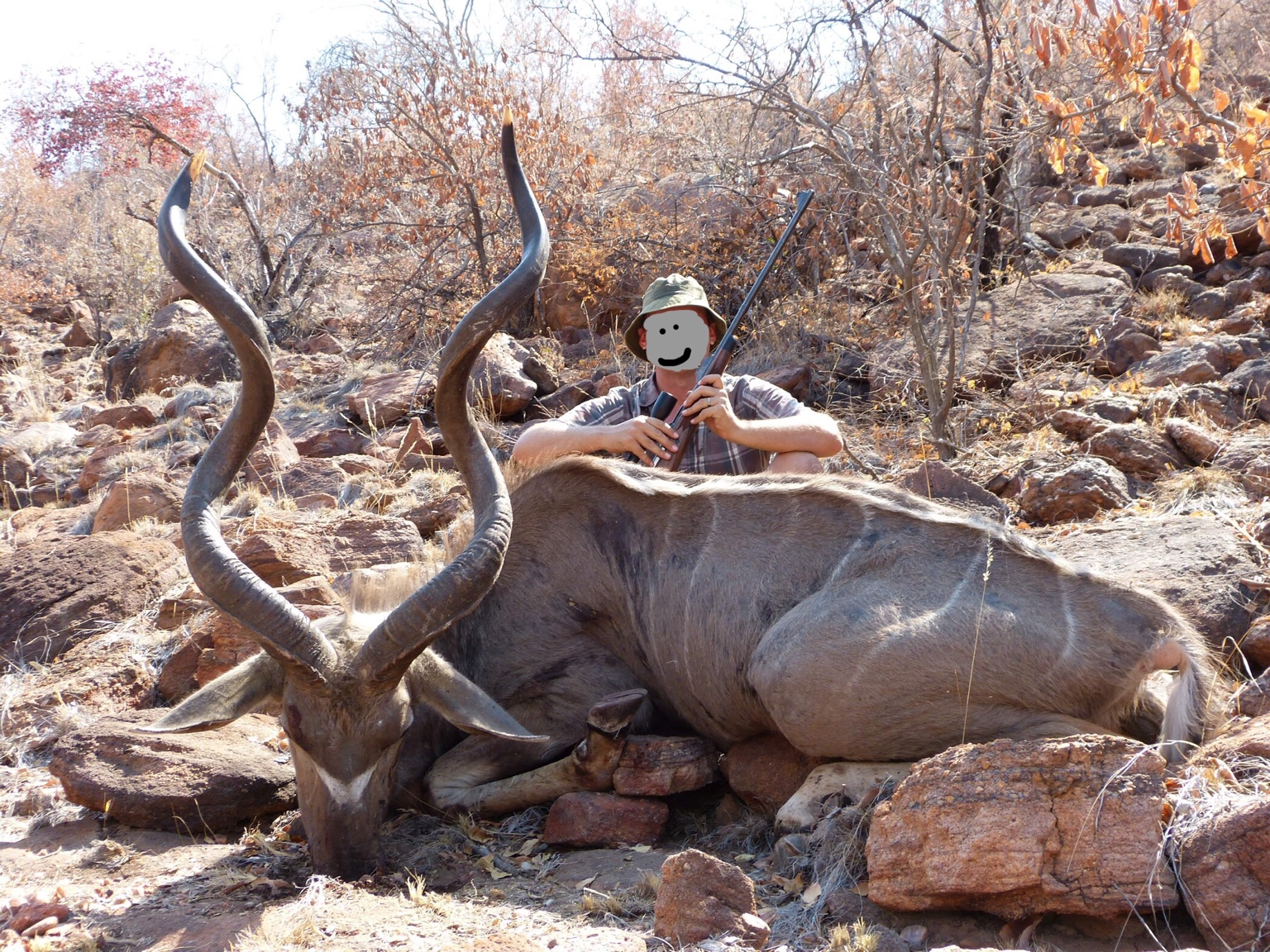 I was trembling with relief at having made a clean job of it, and having not wasted the effort Sammy and Chris had put into this difficult hunt. Retrieving the bull from the mountain was a mission, but we got it done and very much appreciated the beautiful meat he put on our table. I am still in awe of this particular kudu bull, and in awe of kudu in general.

(Apologies for doing the face blur thing online, but my brother maintains it was my ugly mug that caused a kudu to trip and perish years ago in the Eastern Cape - true story - and I don’t want to cause trouble for any kudu reading this! No, you know how it is, putting your passion and energy into real conservation but getting judged harshly by folks with a limited understanding of or connection with nature...)

Some more photos from that kudu hunt... 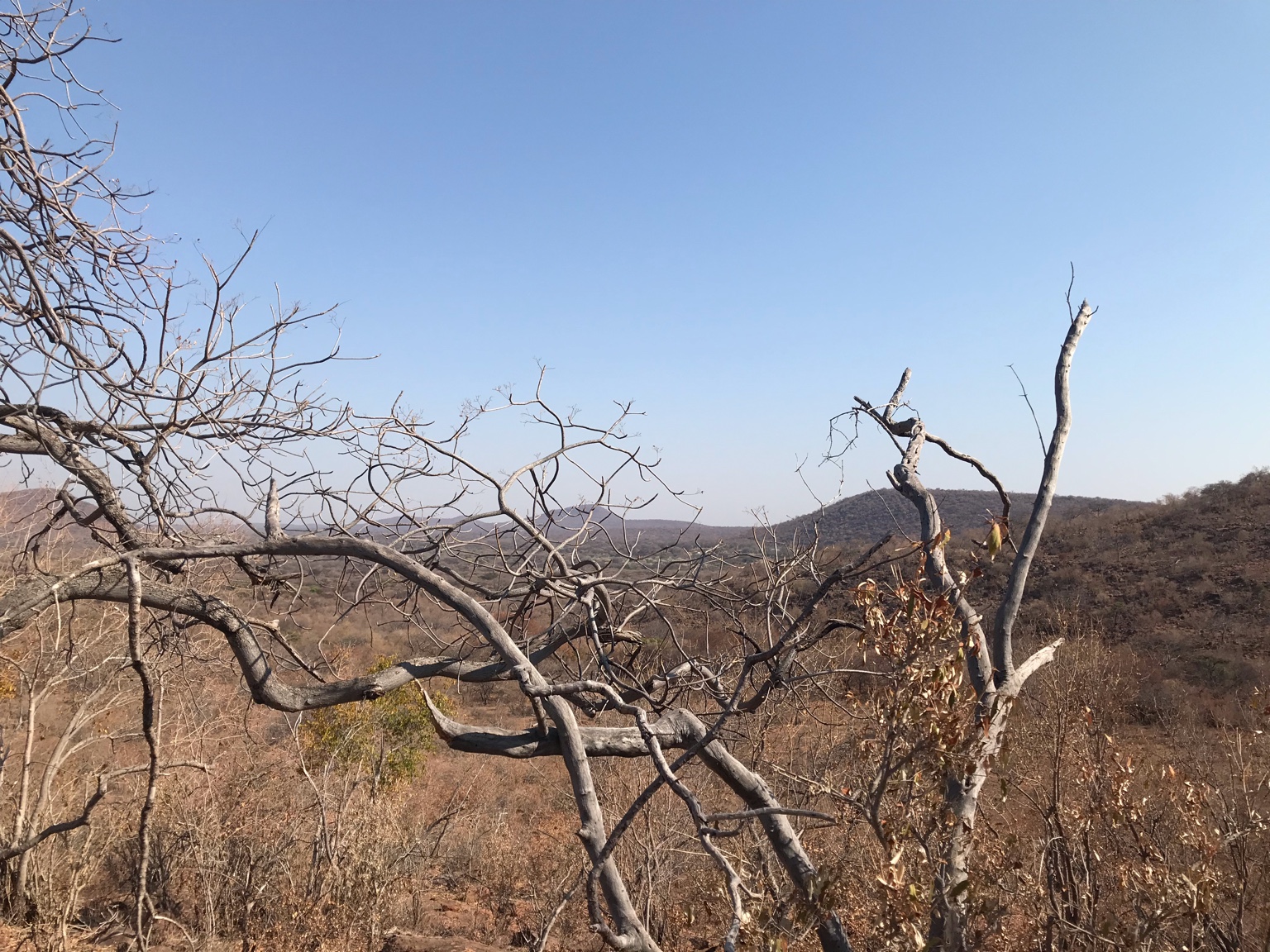 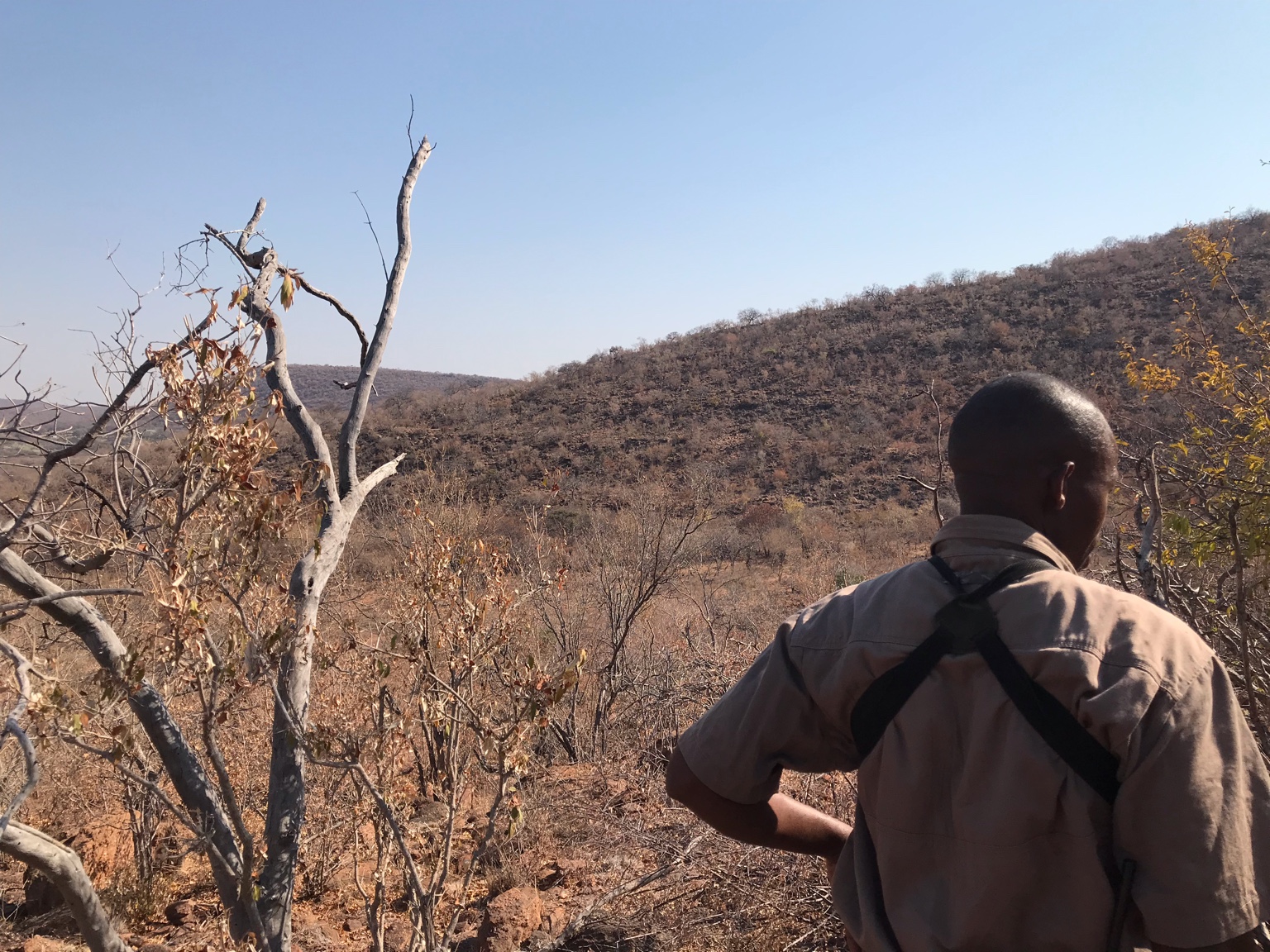 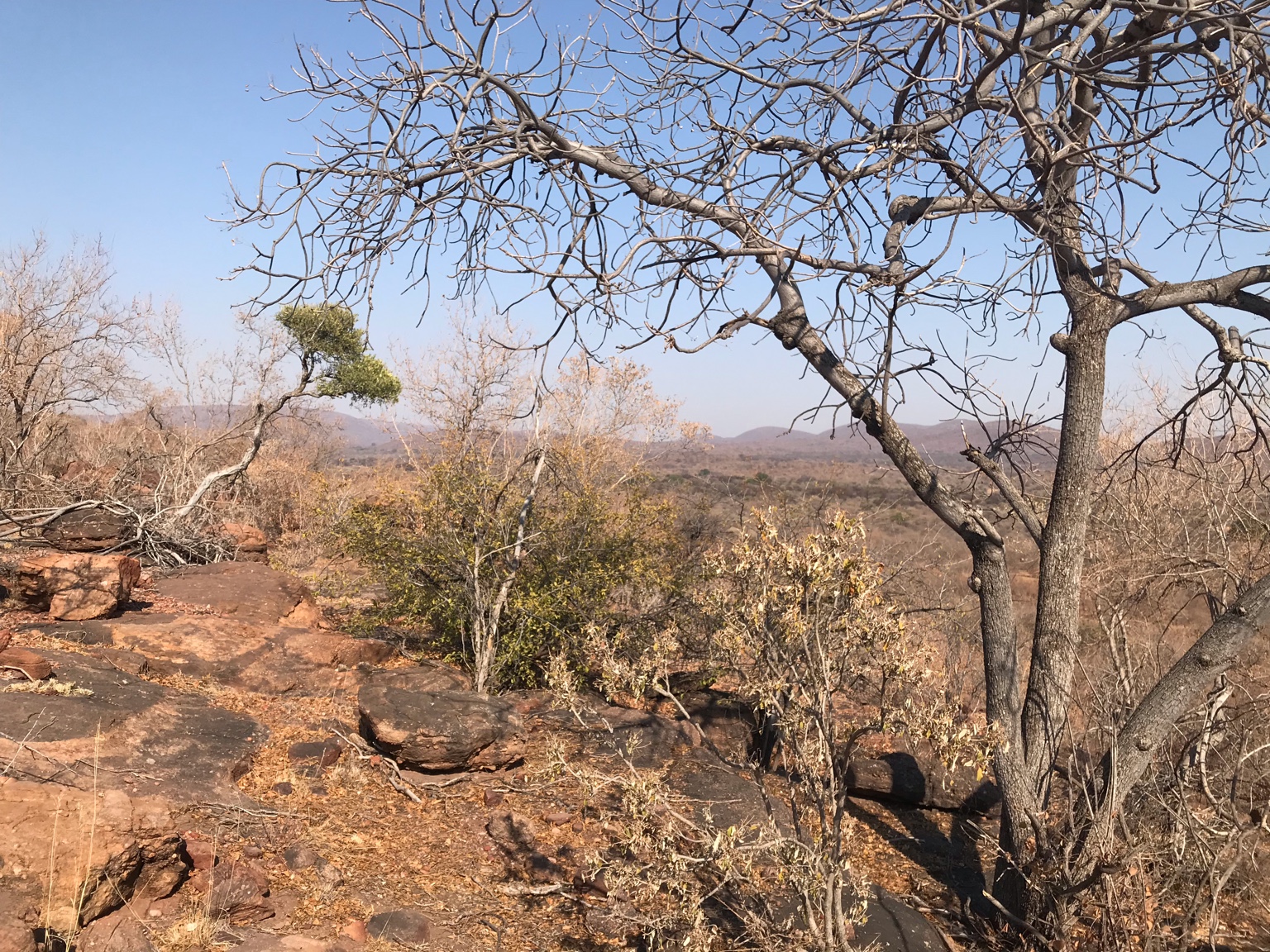 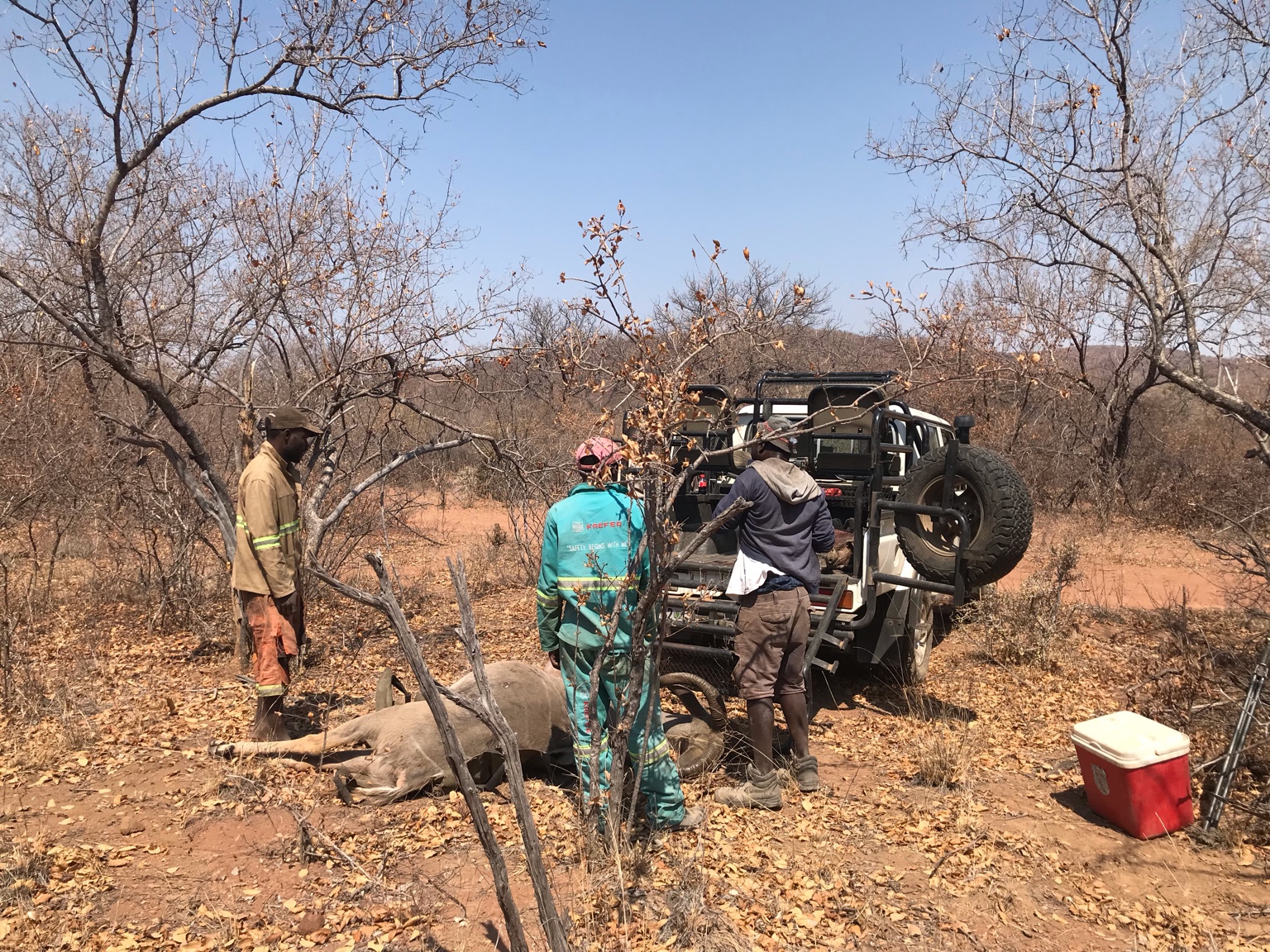 Very exciting story and it really does look dry!
The size of the kudos is breathtaking. I can only hope to see similar when I'm there next year.

Looking forward to more of the story.
GA Hunter 2/2/2019: "....tell your outfitter and PH that a big kudu would mean a lot. Then go enjoy yourself and take what the bush offers."

Great report Ben, nice trophy and I understand that it is the hunt that is so satisfying. That first guy was a beauty.
You can't beat hunting Kudu on foot in the hills.

Great Kudu. Congrats on your hunt. Sounds like a great time.
Bruce

I let Chris know in advance that I hoped to hunt a baboon, and he applied for my permit. The difficulty in hunting baboons is legendary, and I can now confirm that (in my opinion) they are the most alert and wily animal I’ve encountered, with incredible eyesight and extreme caution. They move out of range and out of sight as soon as a person or vehicle is in the vicinity - yet somehow they also accurately assess whether or not a person is a threat. As we tried and failed repeatedly, Sammy would pronounce, “Baboon, he is very clever... So very, very clever!” If I had a dollar for every time I heard Sammy say that, shaking his head, I’d be a rich man. I missed a couple of long range shots off the sticks at baboons in trees - well, one of them was only 150m which is a long way for me, but when Sammy retold the story he estimated it was 350m which made me feel much better! Baboons are in plague proportions, and we literally saw thousands. With the drought they are a menace and are costing conservationists a lot of money as they eat the food intended to help keep game alive until the rains arrive (hopefully soon). Sammy built a thorn brush blind overlooking a trough. He was sure the baboons would arrive at 8am, but we got there at dawn. The baboons didn’t show until after we could wait no longer. The following dawn we shifted the blind and again waited to no avail. The third morning was the charm. I was struggling to avoid nodding-off after about three hours of waiting when Sammy told me to get ready. They arrived, and it was incredibly exciting to see them start ransacking the corn, their greed gradually overcoming their caution. Relax. Calm down. Be patient. Shoot the big one. After five minutes of quietly watching, the shot rang-out and a good-sized dog slumped down, the rest scattering into the bush voicing their displeasure. 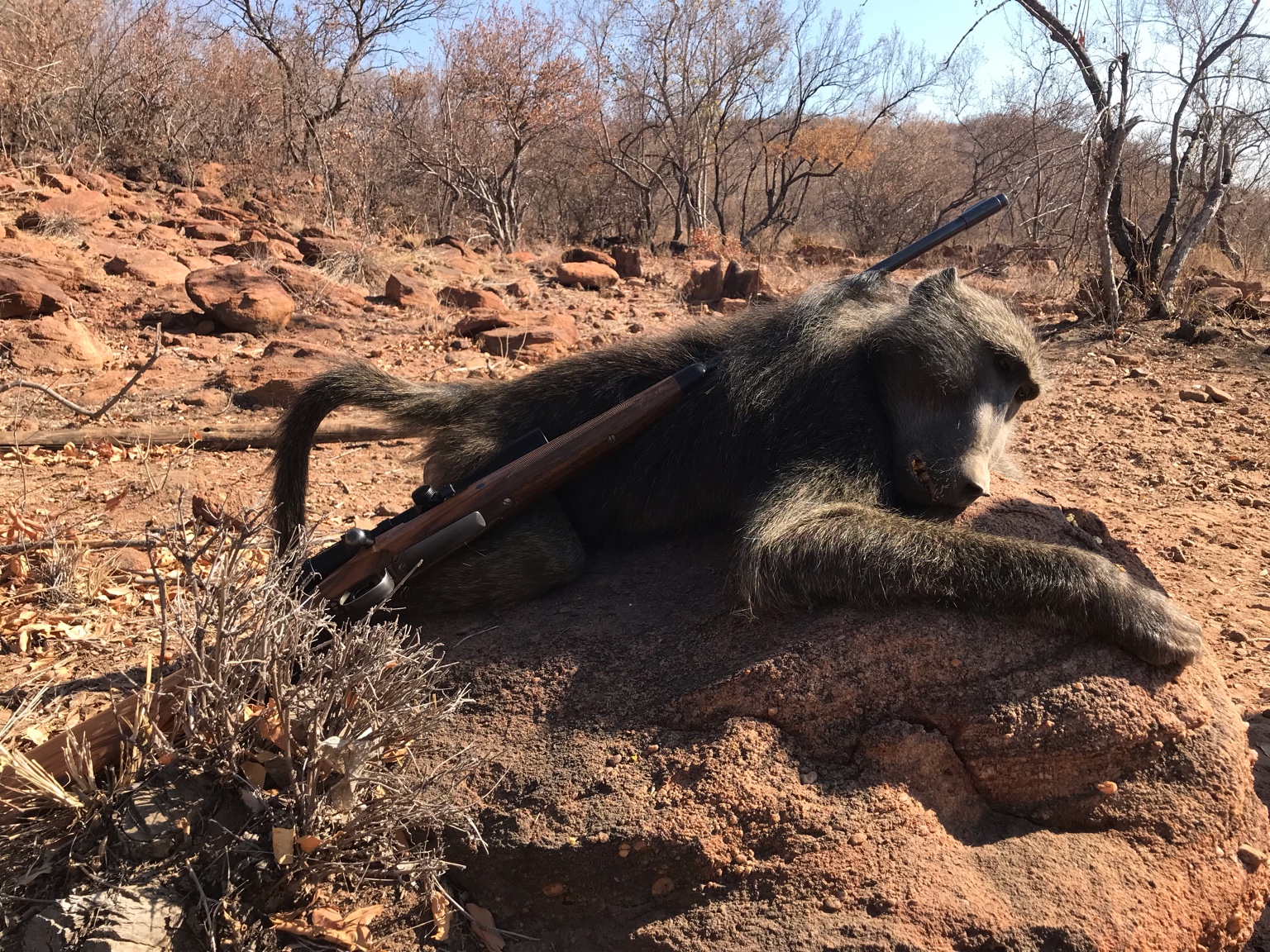 Thank you, guys! Up next will be my self-inflicted trials and tribulations in pursuit of my nemesis, the warthog!
You must log in or register to reply here.

SOUTH AFRICA: Chris Troskie Safari 2012 Our First, But Not Last