25 years ago my beautiful wife told me her dream was to hunt Africa. Over the years life happened and we never thought we would make it. In April of 2018 we were at a RMEF Banquet in Utah and seen a African Hunt on the auction donated by Stanley Pieterse. Well wouldn't you know it Sharon bought it!

Fast forward to August 2019 and we were on our way to South Africa! We had no idea what to expect. We had invited a couple of friends to join us and none of us had ever been to Africa. We landed in JNB and were greeted by Stanley, his wife Seugnet and one of his PH's Pieter Vermaak. They were so helpful, got us through the customs/weapons counter and off to our bed and breakfast for the night. The next morning we were off to Limpopo!

Upon arrival to SP Safaris we were amazed by the beauty of the lodge! This place was like nothing we could have ever imagined! The place was like a 5 star resort! The staff was amazing and throughout our stay we had unbelievable meals cooked by an amazing chef. We ate the game we hunted throughout our trip. I must say the hunting was not easy. We hunted hard and the game was tough (nothing like the elk and mule deer we had hunted back home).

I was absolutely amazed at the knowledge of the PH and trackers! I was really impressed with the hunting ethics displaced by SP Safaris! When the hunting was completed my wife was able to harvest: 1 - 52.3" Kudu (which was her lifelong dream), 1 - Zebra stallion (after a 3 hour stock that was just amazing), 1 - 42" giant of a Gemsbok (this amazed me the most as PH Pieter Vermaak picked up tracks from the night before and after 5 hours of tracking/stocking we ended up with this beauty), 1 - very nice old Wildebeest, 1- Impala, 1 - 42" old beautiful Sable.

Once Sharon got her animals I was able to hunt Crocodile! After 1.5 days of hunting I was able to get an awesome 12' 3" crocodile! I could never have dreamed how wonderful this trip would end up! Stanley Pieterse is an amazing man, very honest/ethical and has thousands of acres to hunt! This was definitely not a tame hunt! I understand that South Africa is high fence but this place was hunting! The animals were very challenging to hunt and very seldom would we see a fence. The abundance of game was insane.

We were so impressed that we booked next June to bring our Son's and Daughter in Law's down to Stanley's to hunt! Upon completion of our hunt we did a 4 day trip through Kruger and a 4 day trip to Victoria Falls with SP Safaries. We had booked this several months in advance and just figured Stanley would pass us off to one of his staff for the side trips. To our surprise Stanley and Pieter stayed with us for the entire trip and upon completion make sure we were taken care of at JNB.

I cannot recommend Stanley Pieterse and SP Safaris enough to anyone wanting to come to South Africa! He can also hunt several other African Countries. He never double books (you will be in camp with whoever you come with) and has thousands of acres and abundant game to hunt. His skinning shed/trophy preparation is 1st class.

Trophy Solutions of Africa speaks very highly of the way SP Safaris handles the trophies prior to them arriving to their dip and pack. We arrived to SP Safaris as a client and left as good friends! We are now hooked on Africa hunting! It's like a damn addiction! Thank you Stanley Pieterse, Pieter Vermaak and all of the staff at SP Safaris for making my wife's dream come true! See you all next June! 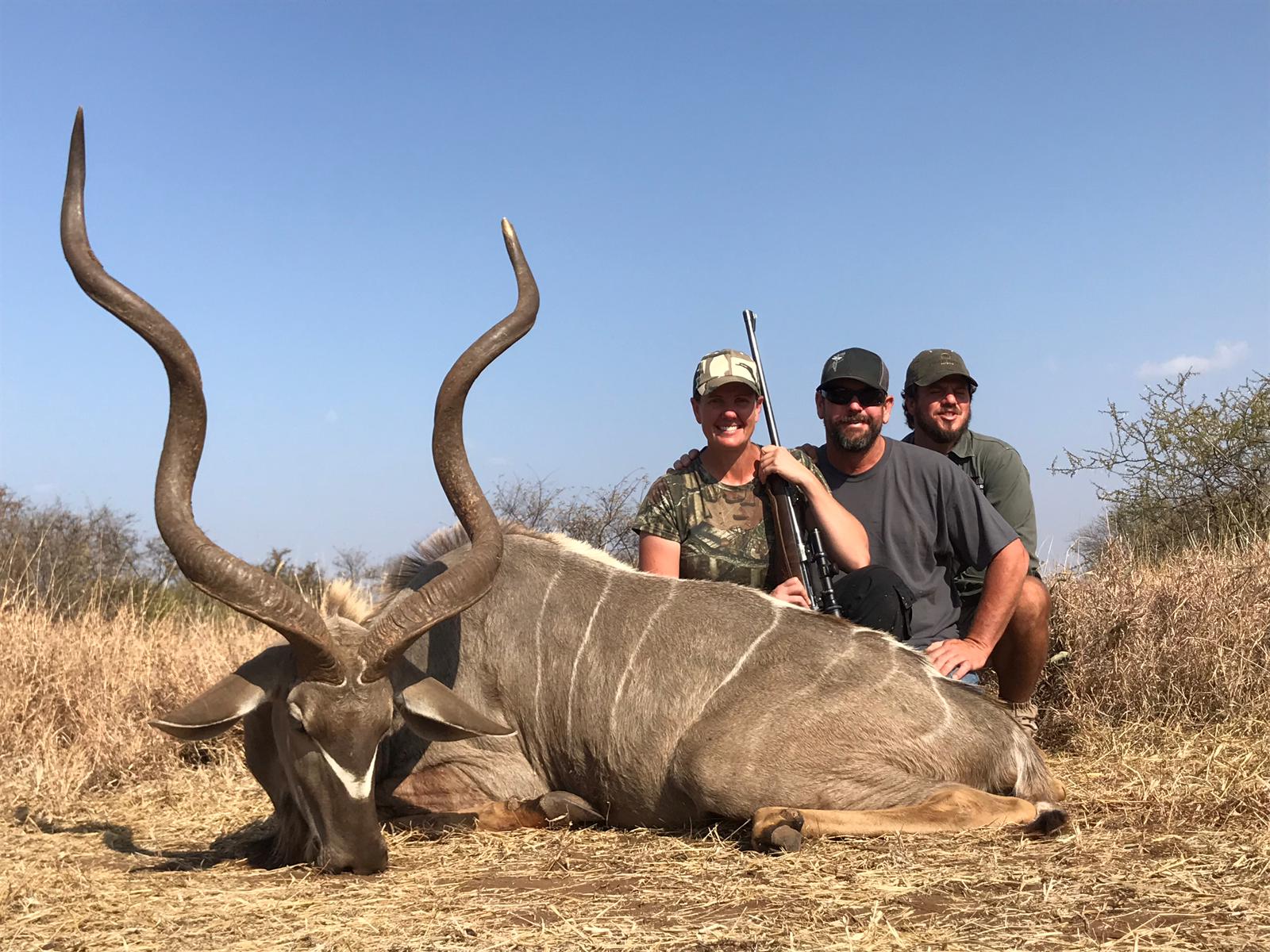 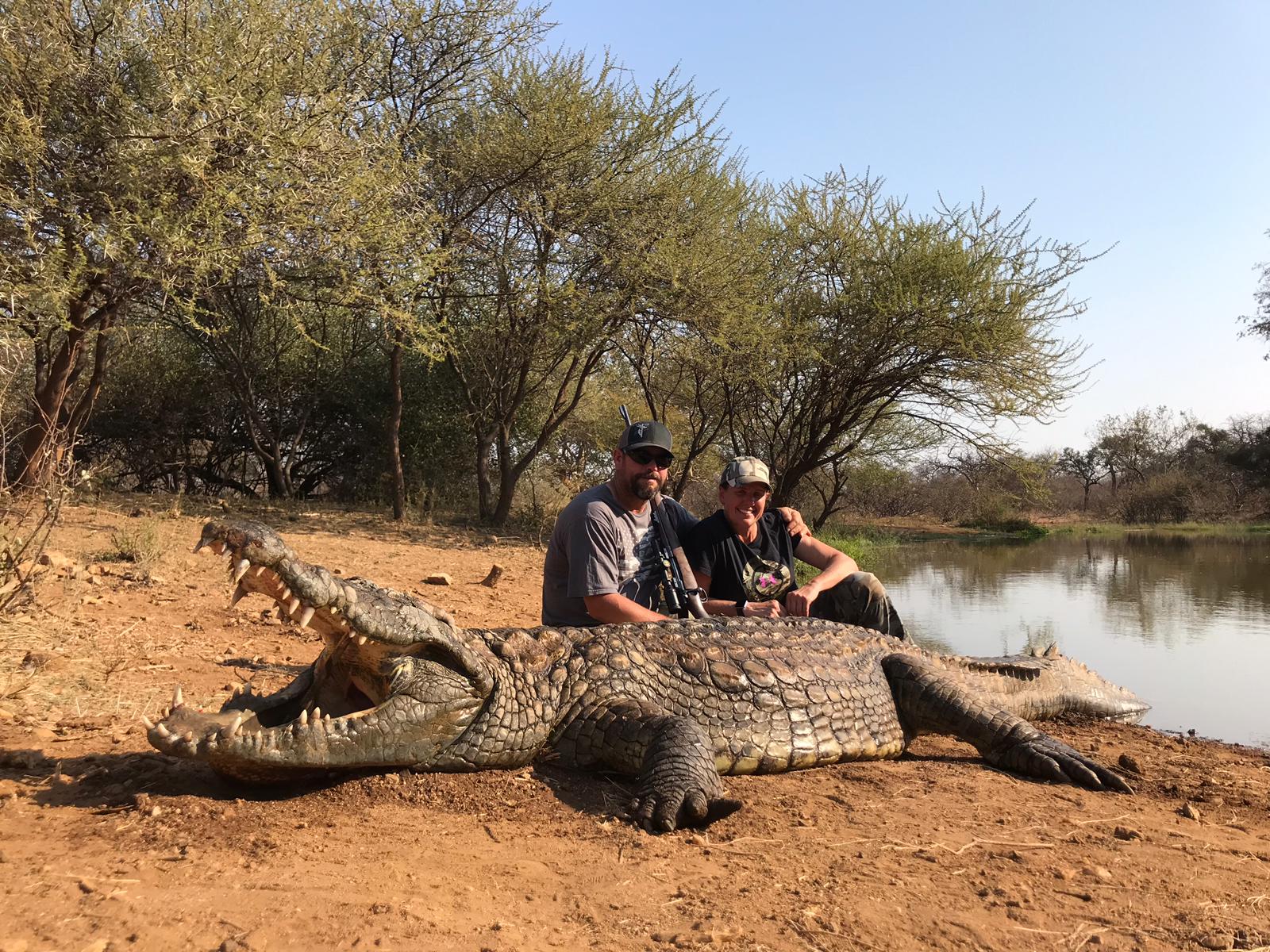 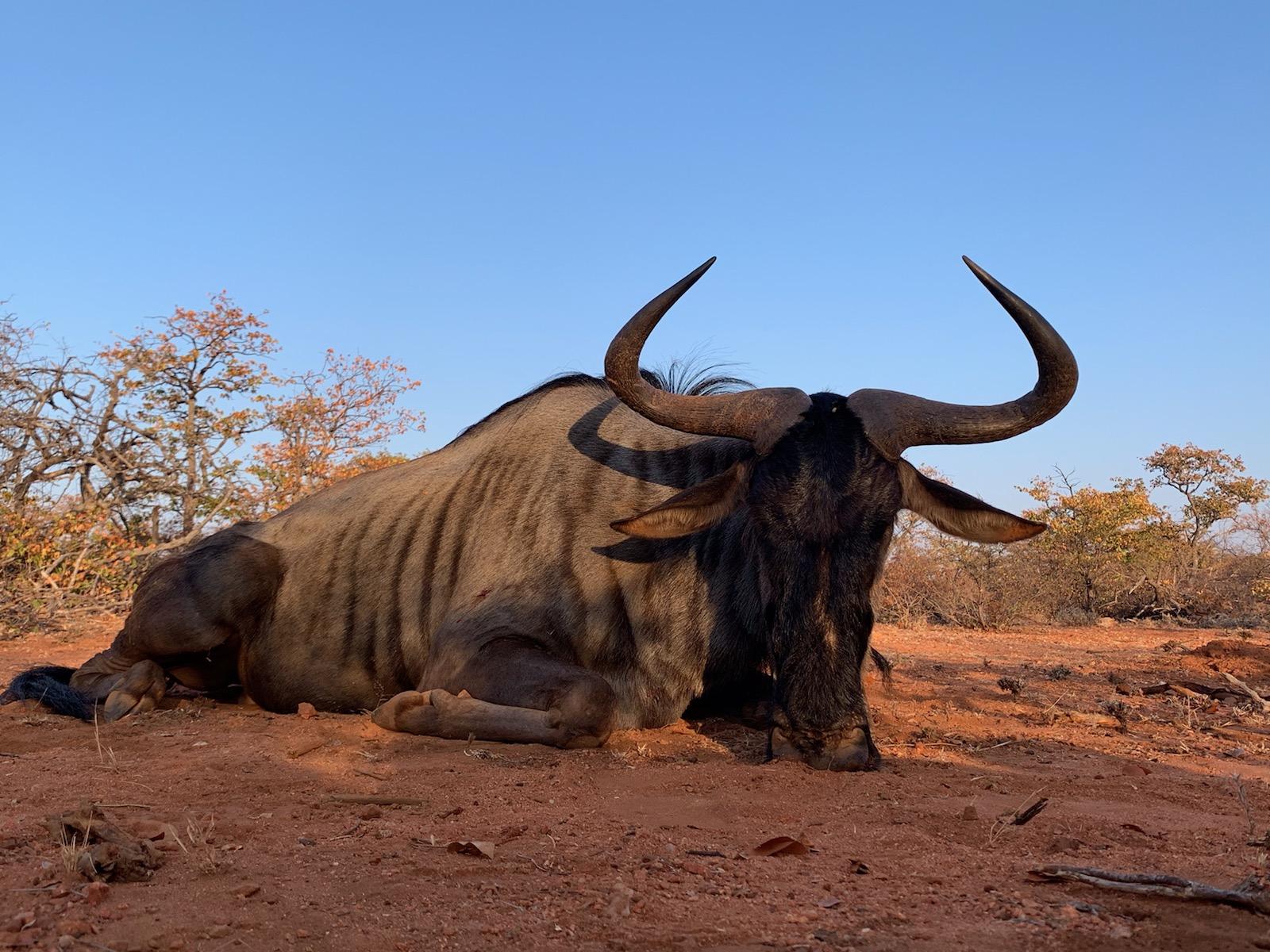 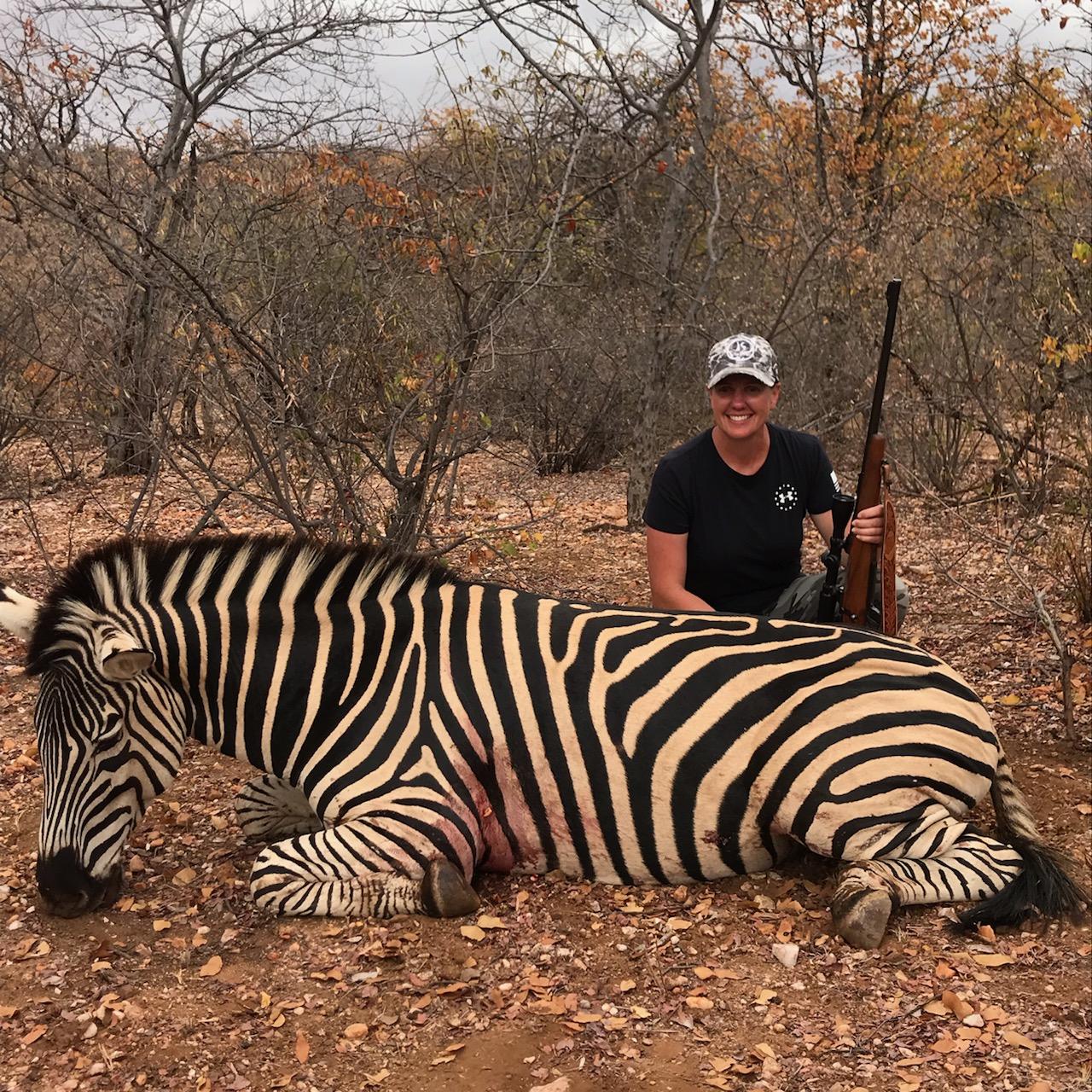 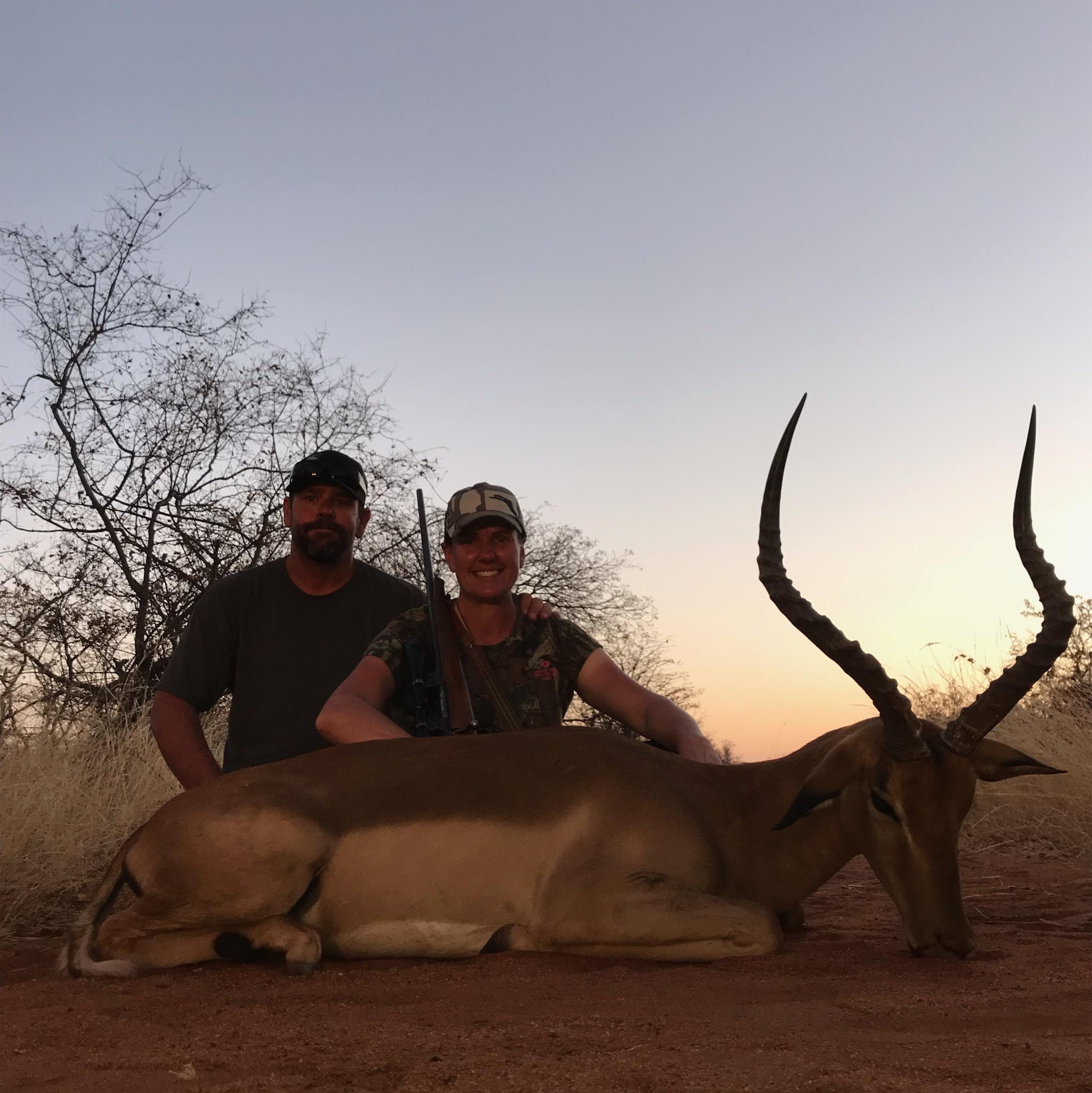 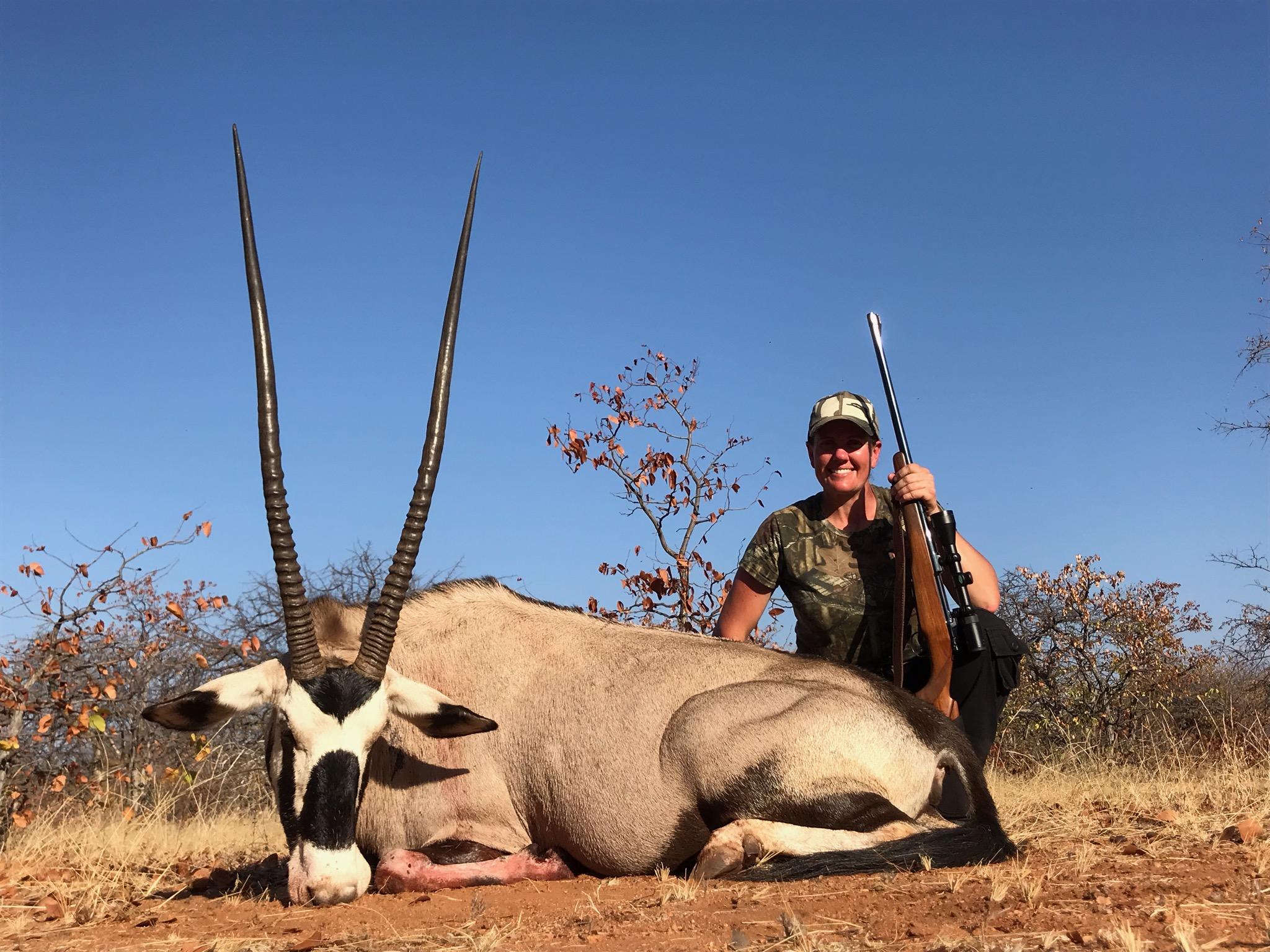 Thanks for the great report. Awesome trophies

Awesome memories made! Thank you for doing your part in conserving these wonderful animals.

Awesome stuff, looks like y'all had a blast! Congrats on the hunt and thanks for sharing!
John 3:16

Welcome to AH! You will find a like minded group of hunters that the Africa bug has bit. Thank you for sharing, it is great to make a life long dream come true. Enjoy the planning for your next safari you will truly get to see the wonderment in your son and daughter in law's eyes as they experience africa for the first time.

Great write up. Sounds like you had a super trip. Your wife got her trophies of a lifetime. Exceptional trophies.

Congratulations to you both.
Thanks for sharing your excitement.

Congratulations on some outstanding trophies! Yep the addiction has struck again!
Thanks for letting us share in your hunt.
Africa on my mind.

Congrats to you all, some very nice trophies. Thanks for posting and welcome to our African Addiction!

Congrats on your hunt, nice lizard !

Glad you and the wife realized the dream. Good looking trophies sir.

Congrats on a successful hunt and thanks for sharing!
T