We hunted red lechwe the next morning and although we saw several big lechwe bulls we were unable to get a shot. Early that afternoon we spotted a big bull grazing in the open. After a short stalk, Bob wasted no time in putting in a great shot to bag a wide horned lechwe bulls. That evening we enjoyed a meal of kudu sirloin, roasted vegetables and malva pudding washed down with some fine South Africa red wine. 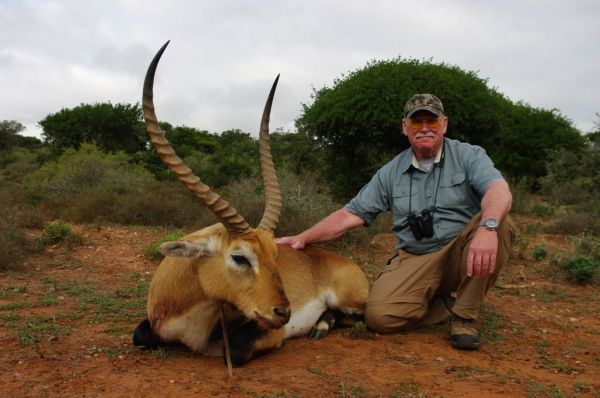 We travelled north the next morning to hunt sable. We soon spotted a big sable bull resting by some trees and we stalked using some bush as cover. At 200 yards he sensed our presence and was about to take off before Bob's bullet found its target. The bull bucked and ran off. Several shots later Bob had his sable bull. A long sable bull with tips flaring out. 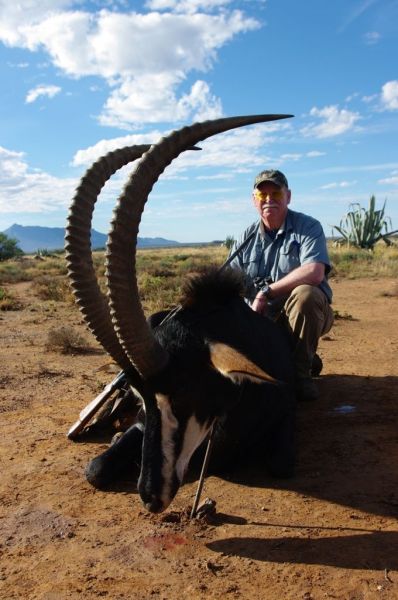 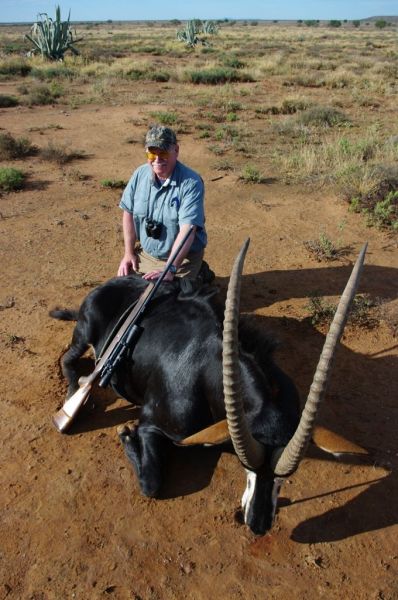 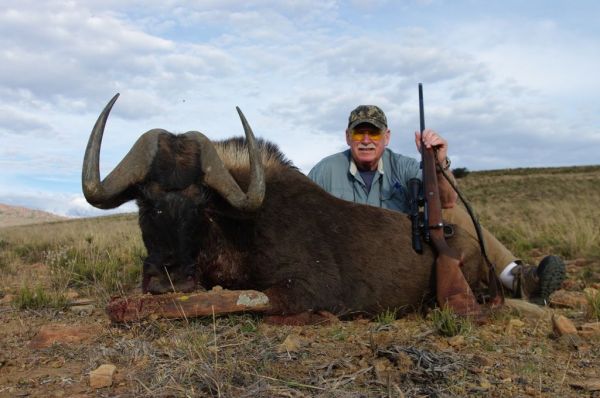 The next couple of days was spent glassing and hunting unsuccessfully for bushbuck. We saw several good rams from afar but their ventures out of the thick bush were fleeting and we never seened to be at the right place at the right time. Red hartebeest eluded us in this period as well.

Our hunting luck changed quickly when early one morning we got onto a common reedbuck ram after passing on several younger rams. Bob made a great heart shot and the ram ran a few yards before expiring. 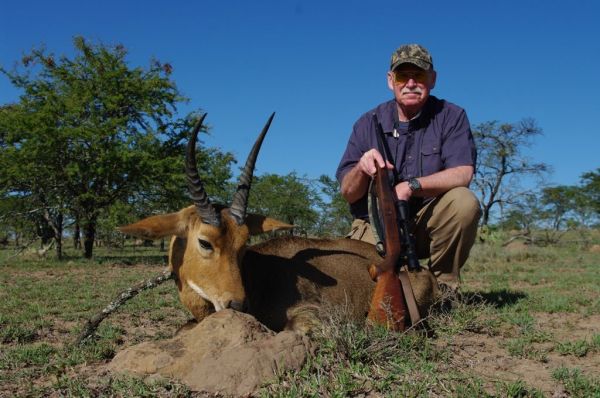 The last hunting day was spent in search of red hartebeest. We made a good stalk on a small herd from. Unfortunately Bob's first shot flew high but his subsequent shot was on target and he'd taken an old red hartebeest bull. 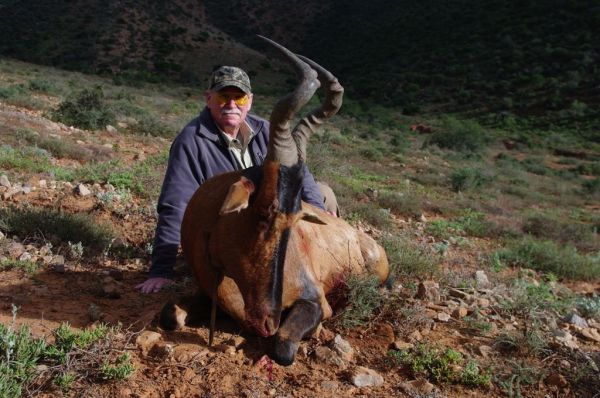 We enjoyed our time with Bob and hope to welcome him back to the Karoo sometime in the near future.

Congratulations on some very nice trophies. And that address my concern about bringing me 270 wsm with me in 3 weeks for PG.
Tommorow is promised to no one. Go live your dreams.

Looks like a VERY nice Lechwe. They can be very spooky at times. Love how the mass continues up on the Sable horns. Looks like a great trophy. Congrats to you and Bob. Bruce

Congrats on some fantastic trophies...looks like Karoo Wild Safaris is a great place. Those Lechwe are beautiful!
"I don't need to shoot farther...I need to hunt closer." - G. Sitton

Well done on the trophies. Karroo Wild Safaris is a lovely place to go and Victor and his wife are nice people to enjoy the company with.
Aspire to Inspire before you Expire.

Nice trophies and congratulations to Bob and yourself.
Victor, that Lechwe is a beauty.

Nicely done !! Thank you for the report. Bob has himself some very nice trophies.
You must log in or register to reply here.

Viral_SIGness Rifle57 Viral_SIGness wrote on Rifle57's profile.
Great person to deal with. Fast communication and quick shipper!
24 minutes ago •••
S
Sarg Philippe Sarg wrote on Philippe's profile.
Hello Philippe, did you get my PM that I sent you earlier ?