I wanted to take more pictures of the terrain and the neat things that I saw along the way. This is the second Leopard Tortoise that I came across. He had an interesting, non-typical shell. As I knelt down in front of him (?), I wondered if they are capable of sudden bursts of speed. Fortunately, this guy had no @#%$s to give and didn't bite me.
While we were chasing the Black Wildebeest bull, we caused an animal to burst from it's den and take off. I didn't get a picture. Initially, I thought it was an Aardwolf, but in retrospect it may have been a Brown Hyena. I also saw a family group of Bat Eared Foxes and an individual who was busy stalking his dinner who either didn't see us (unlikely) or just ignored us (likely). 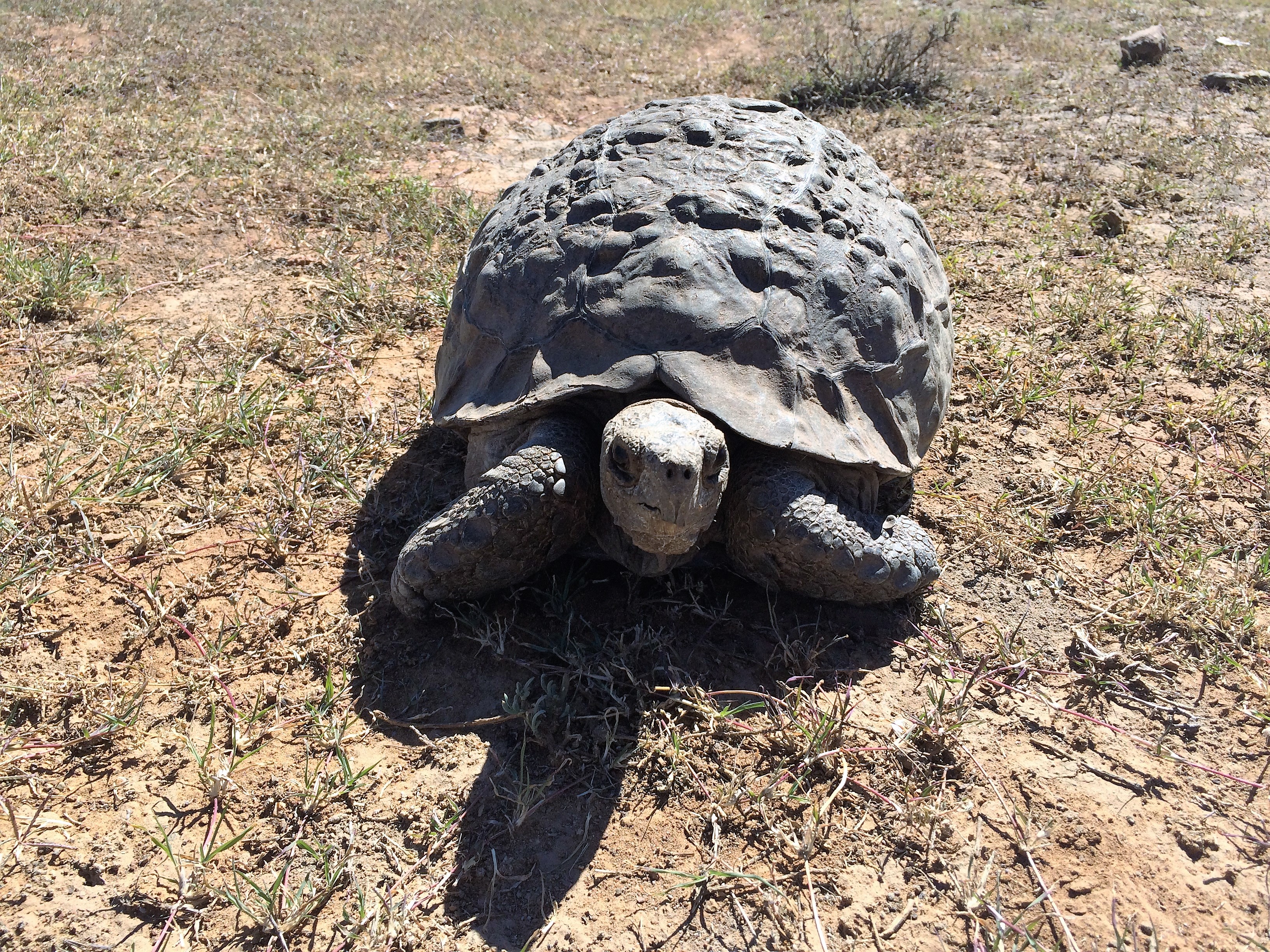 good read. thank you. and I found out about those same cactus thorns while I was over there. ouch!!

Good write up and thanks
D
You must log in or register to reply here.