So I finally got to go to South Africa for a plains game hunt this past April. I hunted with a Beans at Tootabi Valley Safaris on the Eastern Cape just north of Port Elizabeth. I met Beans about 3 years ago on my way to Las Vegas to the SCI show for the very first time. We sat next to each other on the plane from Tulsa to Salt Lake City. I talked his ear off the whole flight but he couldn't have been nicer or more helpful. I had made my mind up that I was going to hunt with Beans at his place in the Eastern Cape.

I flew to SA through Atlanta and arrived in Joburg with no issues. I used Hunters Permits Africa for my rifle permit process. Everything went from smooth on that as well. Adele was there to meet me and get my license and came back the next morning to see me off on my flight to PE.

Beans was there to pick me up in PE and it didn't take long to get on the road to his place. He had just finished remodeling a lodge that has been in his family for some time. I did not see it before the work but I did see pictures. He really put his heart and soul into that place and it turned out amazing.

We weren't at the lodge long before we were off on our first hunt. I fired a few rounds on the 7 MAG to make sure things were good from the flight and we were on the road. It was long after before I had this awesome Impala on the ground. 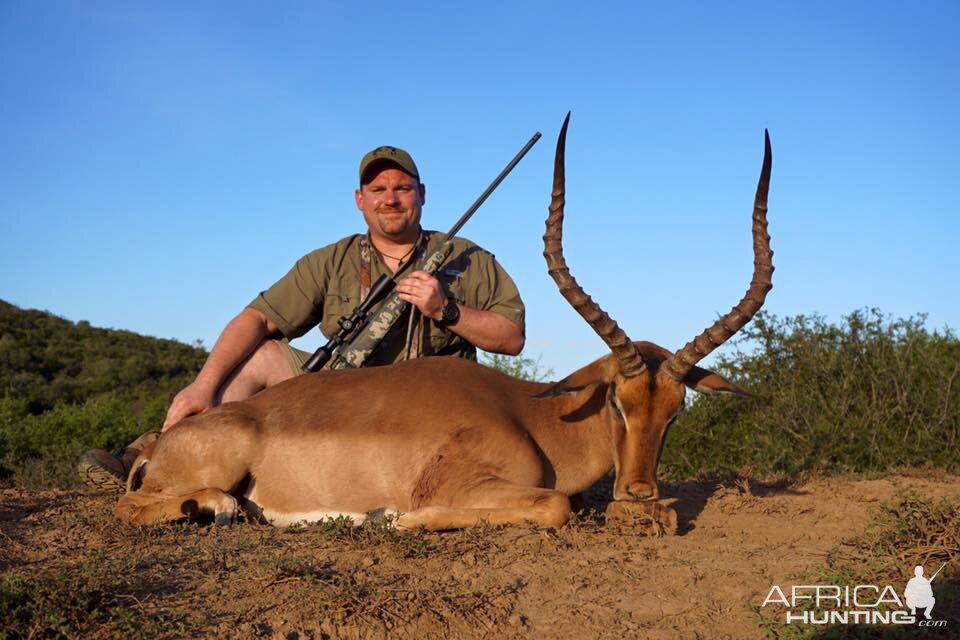 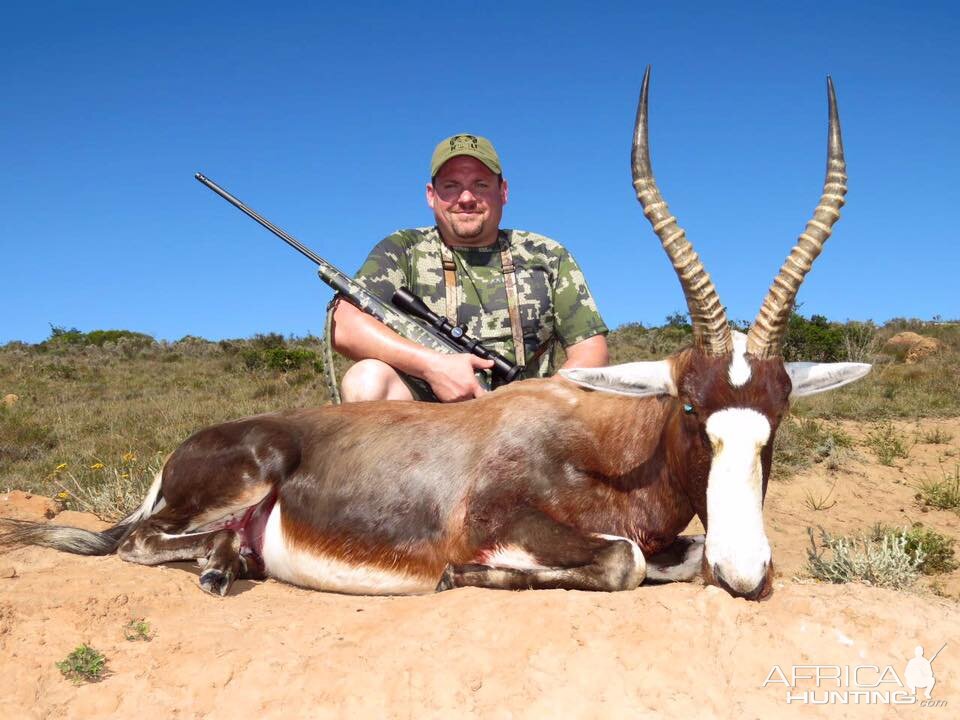 On Tuesday we drove north into the Karoo to a friend of his to hunt Gemsbuck. I was amazed at how quickly the terrain changed on our drive. The folks we stayed with were very hospitable. I got a good workout climbing up the terrain to get to the Gemsbuck. Beans and his staff busted their tail to get me on a nice one! 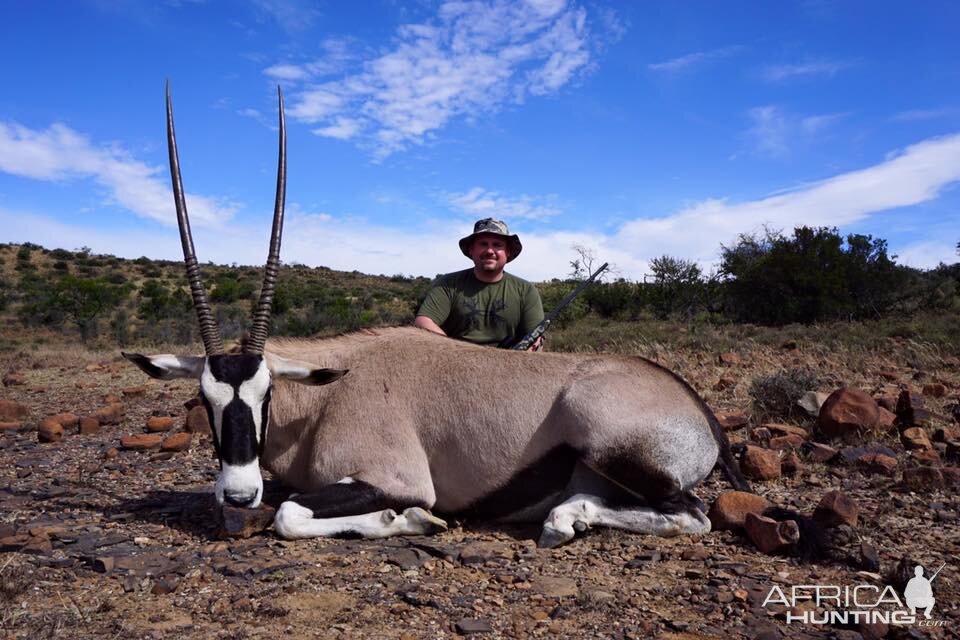 That evening before dinner we went out for a Springbuck. 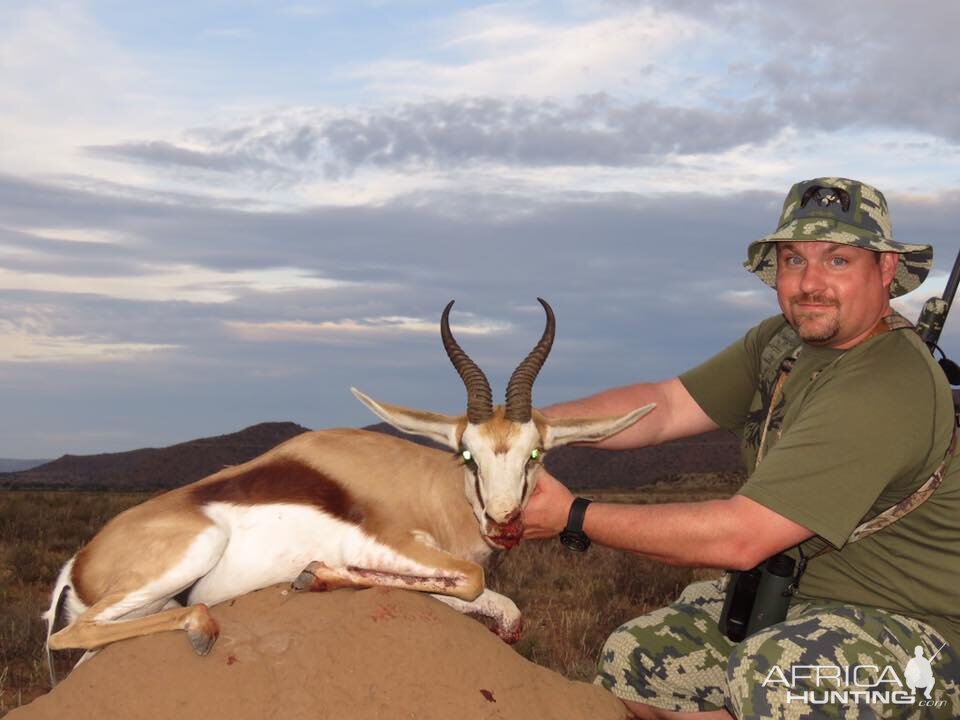 Wednesday we headed back down to Beans' place for Kudu. The previous morning on our way out Beans had spotted a nice Kudu bull, he told me that's the one. We hunted the area the bull was spotted in pretty hard for this specific bull. He was very elusive. In between the hunts Beans took me to the Addo Elephant Park. We got to see quite a few elephants and that was pretty cool to see them in such a high number. 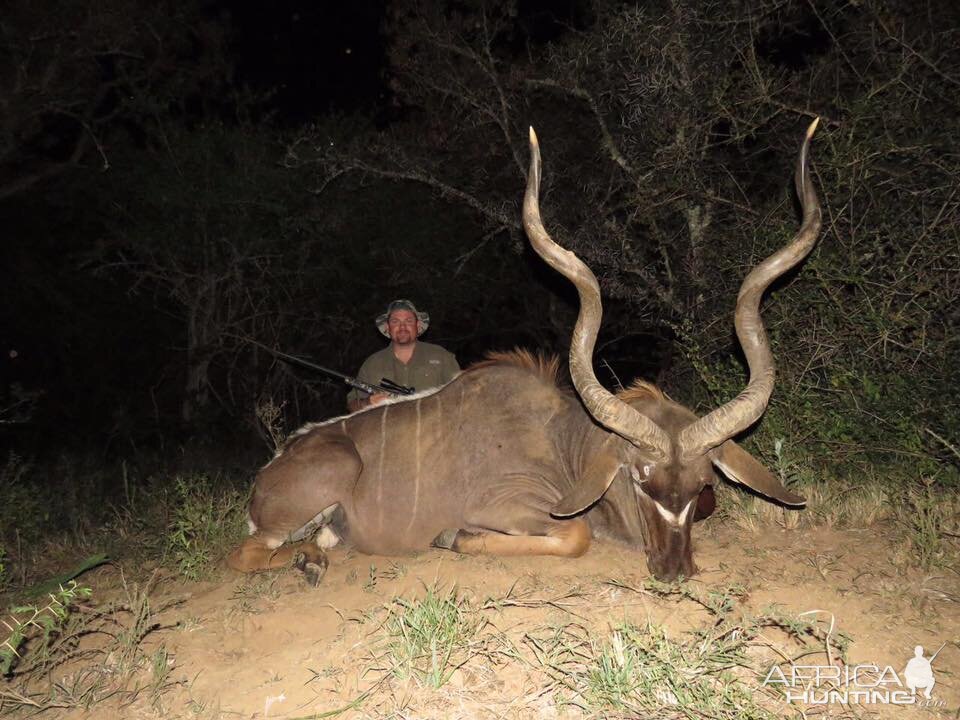 Saturday we went to a live game auction in the Karoo, at the Kwandwe Reserve. That was pretty cool as I got to see that side of the industry out there and got to meet some pretty cool people.

Sunday we went after the last animal on the list, the bushbuck. I had a bad shot placement on this guy at about 250 I think. Beans and his crew busted their tails again to get me back on this buck. We got it done, he was a boss. 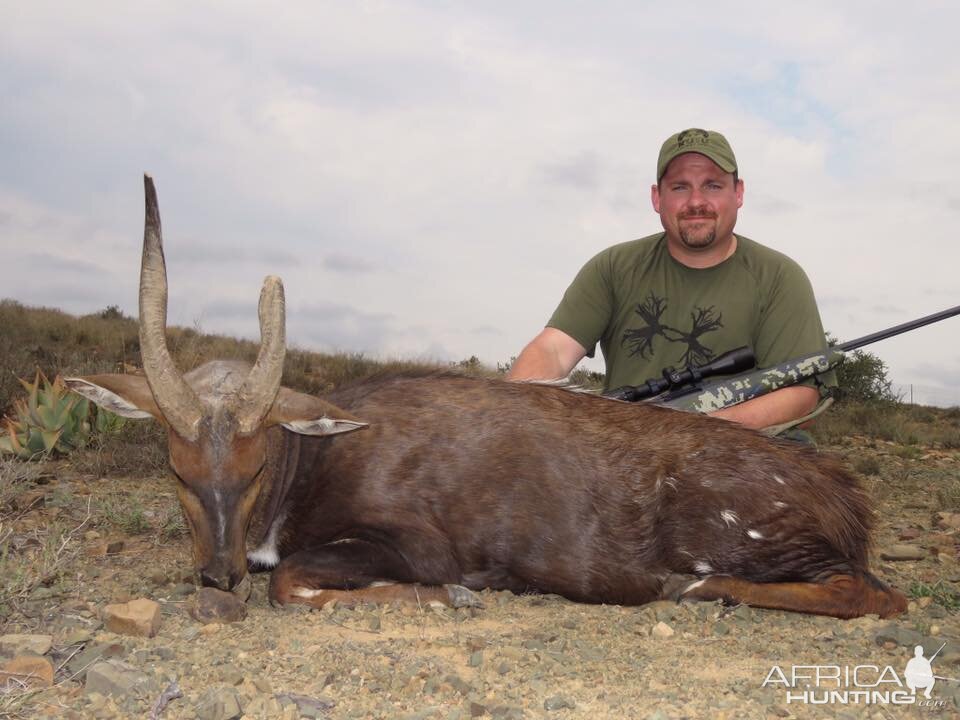 I know this was my first time hunting out there and I don't have anything to compare it to. I'm very pleased with the choice I made to go with Beans at Tootabi Valley Safaris. We got along great. He's very much into what he does and wants you to have a good time. The lodge and facilities were amazing and the food was delicious. Its not a matter of if I go back its a matter of when. I've got the SA hunt bug!
Last edited by a moderator: Dec 1, 2016

Gorgeous kudu! I think you made a good outfitter choice!
"I don't need to shoot farther...I need to hunt closer." - G. Sitton

Nice group of animals. That kudu is a beast for the east cape.

I'm hunting with Beans in a month. You're right, he's a great guy and a very passionate Hunter.

Glad you had such a great time. When's the next trip?
HUNTERS make importation bans work!

congrats on the safari, thanks for sharing!
John 3:16

Very well done indeed. I personally hate blesbok, but you seem to have landed a monster there!

Sounds like you had a great safari. Congrats on some nice animals. bruce

Congrats on your great hunt, and thanks for sharing !

@Baghdaddy76 , Jeremy thank you for the report.

It was a safari long in the planning after we met on that flight to Salt Lake. Lots of discussions and over a few old ones every year.

The hospitality from you and Kelly when I came and visit this year in Feb.

Sorting out gear and ammo for your safari. That is all part of the safari especially your first one.

I am glad that you enjoyed it, I certainly enjoyed your company.

Looking forward to see you soon my friend.

Love the shape of that Kudu.

Great Blesbok, glad you had a great trip!

good to hear- great report on a AH sponsor !! Imagine the luck: ended up on the same plane, next seat- fate it seems !

Thanks for sharing your experience. Your EC Kudu is a beauty.

Some fine animals, love that Kudu!

Nice Kudu, sounds like you had a great safari. Welcome to the how soon can I get back to Africa disease.
Just wait till the DG bug bites Thanks for sharing your experience. Sounds like a great place to hunt.

You got some nice animals. Congratulations on a great hunt.
And here I am, returning to Africa of many faces;.... the sloe-eyed temptress with flowers in her hair who stole my youth and my heart, and left me an old man with a kaleidoscope of conflicting memories of many dashed hopes and some fulfilled dreams. E. Echols

All nice animals, super kudu!
John 3:16
You must log in or register to reply here.