Hello all,
My Family and I just recently got back from our 2nd safari with Bushmans Quiver Safaris.

We started our journey here in Seattle and were greeted by our PH FC. After picking up our rifles we went to the base camp in Limpopo got some dinner and then bed.
The first day we went and checked zero on the rifles and went looking for game.
I had cape buffalo, kudu, and warthog on my list. My wife had blue wildebeest, blesbok, impala and springbok on hers. My daughers had impala (for the eldest), and zebra and waterbuck for the youngest.
Our list evolved when our youngest changed her mind that she didn't want the waterbuck. Stephan made us a great deal. We dropped the waterbuck, blesbok, blue wildebeest, and one impala and added a golden and black wildebeeste.

We drove around looking for animals the 1st day My youngest and FC chased zebras for a couple of hours but had no luck.
The 2nd day we saw lots of golden wildebeest. My wife got the 1st animal of the safari... again! She made a great shot with her .270 and the wildebeest went down. It was a great golden wildebeest.

After dropping the animal off at the skinning shed some lunch and a nap, we went out again. This time, there were kudu and it was my turn.
FC saw a good kudu bull so we started our stalk. After a couple of hours of stalking the kudu through the thorns, I finally had a good shot. 1 shot from my .30-06 and I had my 1st kudu!

We left our base camp in Limpopo on the 3rd day and went to a camp in Zeerust.
After some lunch and a nap we went out to do a little hunting. We saw some nice black wildebeest. FC and I started our stalk, but the wildebeest kept spotting us. We had another great dinner and listened to lions roaring all night.

The 4th day we got some breakfast and went out. After driving for a short while FC spotted the back cape buffalo dissapearing into the bush. I never saw it, these PH's and trackers have great eyes!. So FC and another PH told me to grab my rifle. I grabbed the .30-06, wrong rifle!! After grabbing the .375 we were off to stalk the buff. After about 45 minutes of stalking I had my 1st look at the buffalo. He was facing away from us. He was enormous! and covered in mud.
We watched him for a couple of minutes and he had no idea we were there. We very carefully went back and around for a broadside shot.
After getting set up for the shot FC placed the sticks for me. I settled my .375 on the buffs shoulder squeezed the trigger and let the 300 grain peregrine vrg-3 fly from about 20-25 yards. Upon impact the buffalo thundered off into the bush. FC told me that I had mad a great shot.

We gave the buff a couple of minutes and then started to track him. He left a very good blood trail. We spotted him in a little clearing after about 50 yards facing away from us, FC said shoot him in the ass!!. As I shouldered my rifle he turned broadside to us and I put 2 more rounds into his right shoulder and he went down. As we were walking up to him there was an area that looked like someone had dumped a 5 gallon bucket of blood on the ground. That was when we heard the death bellow! FC and I were very happy at this point.
As we were standing looking at the buff he tried to get up! I put my 4th and final round into him. What a amazing old duggga boy! I couldn't have asked for a better hunt or buff!! 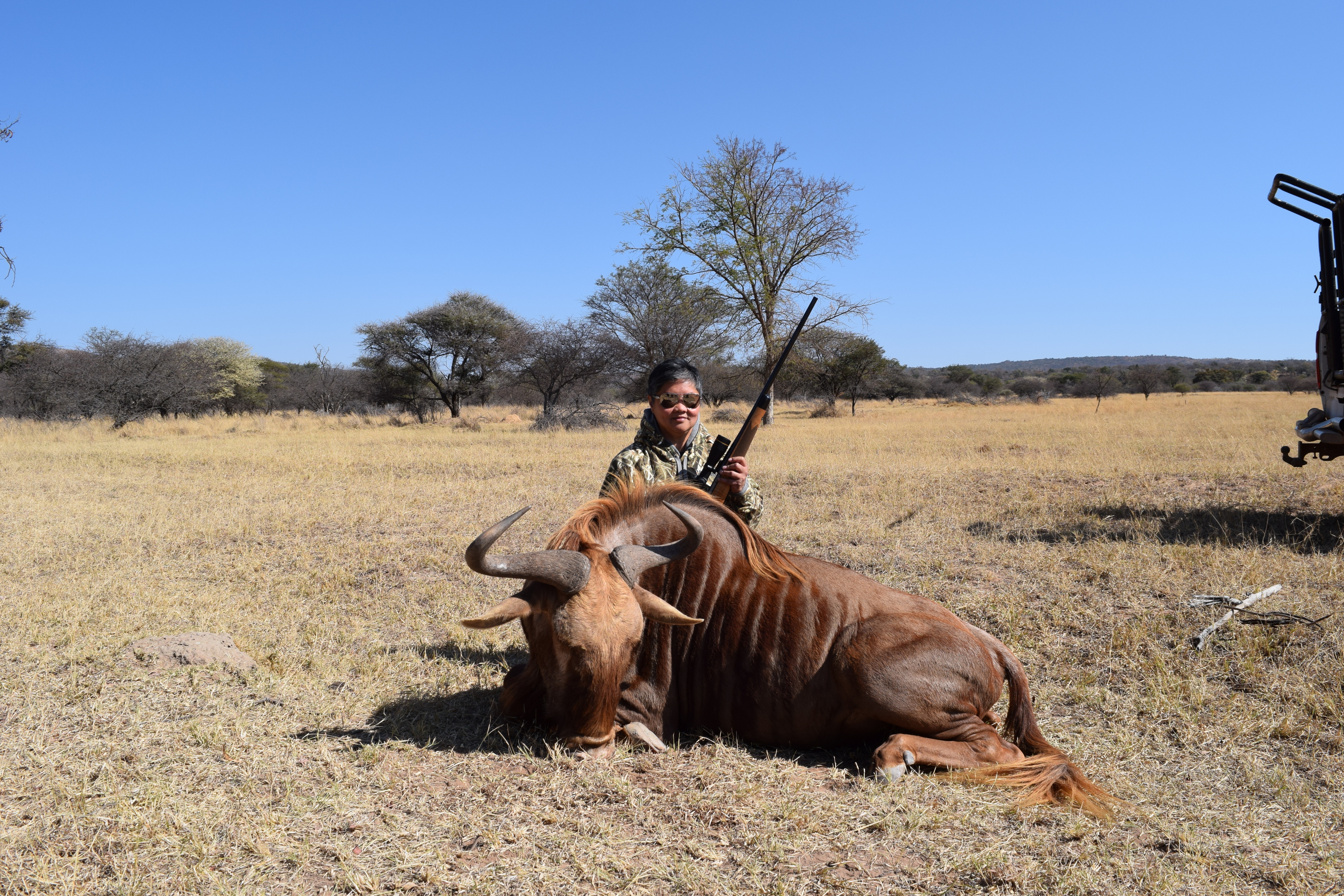 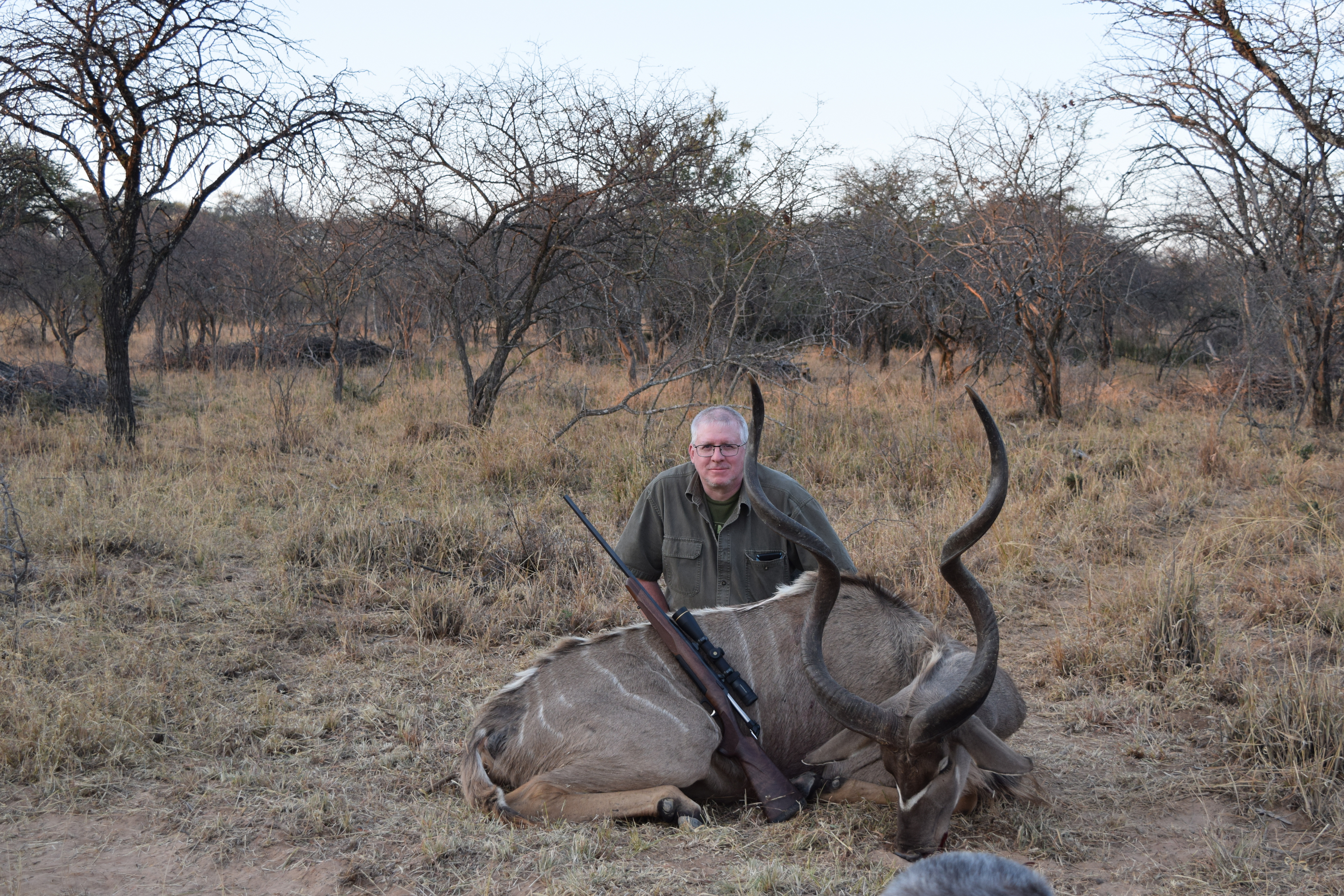 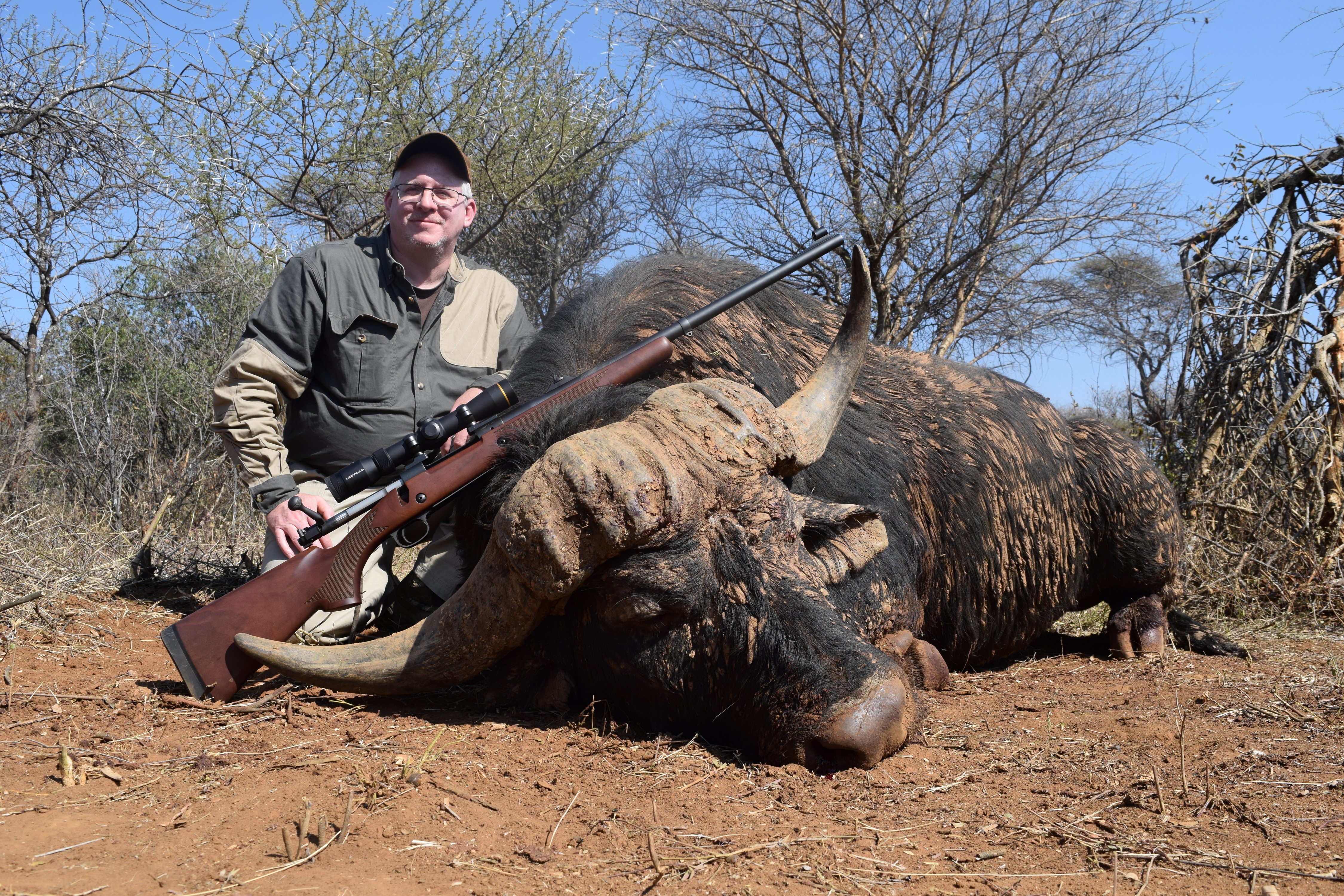 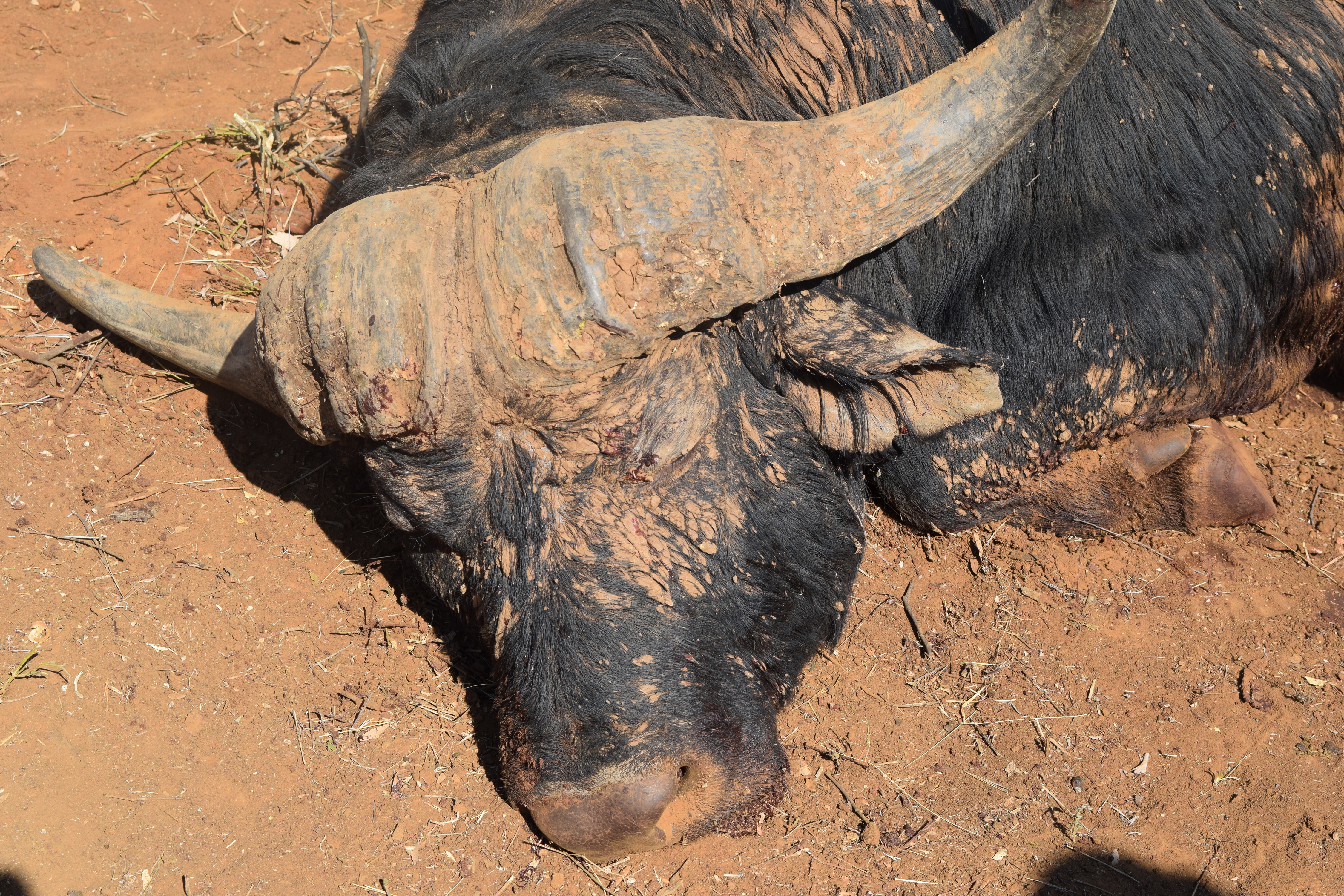 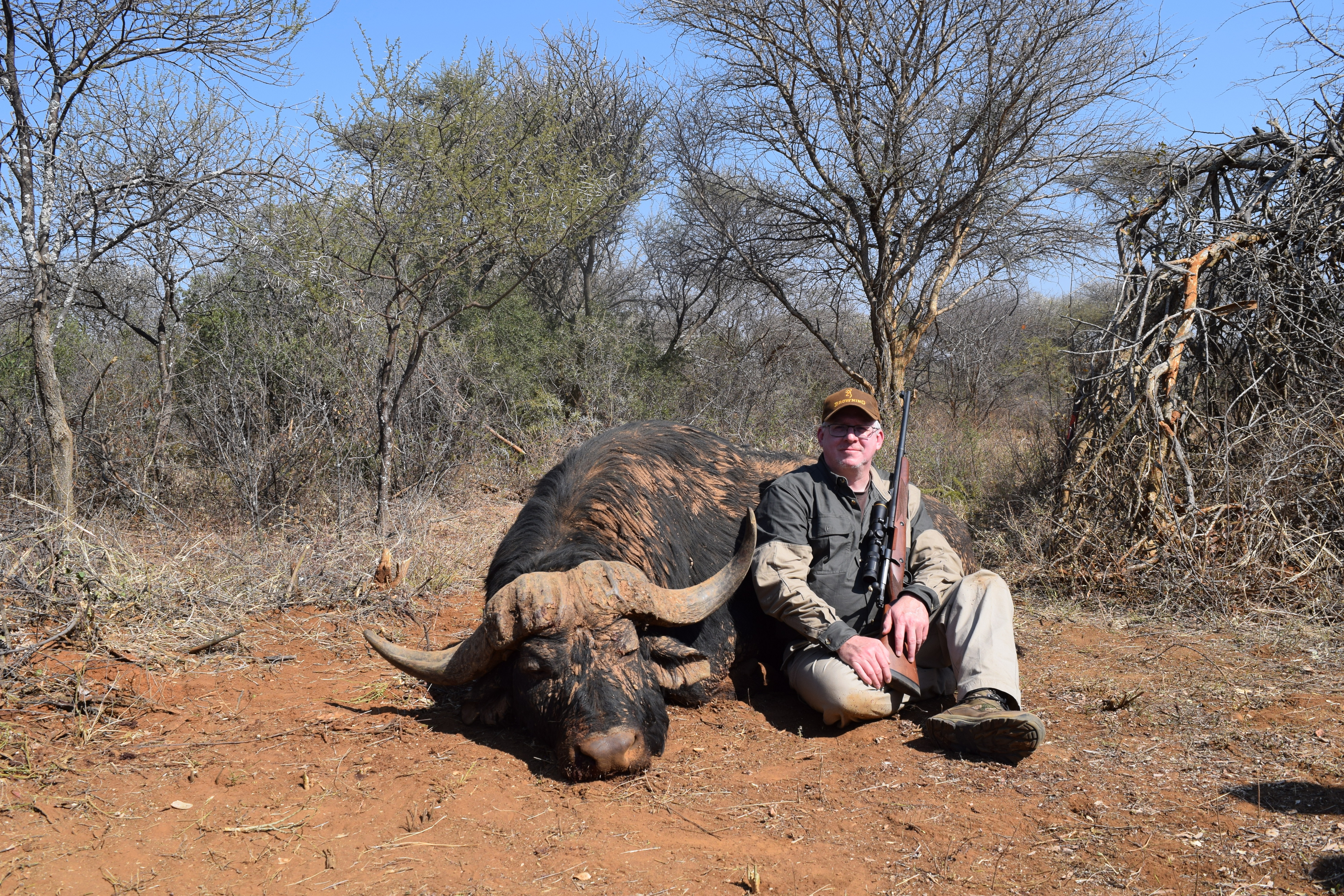 that is one fantastic looking buffalo! i look forward to hearing more about this adventure!

Wonderful trip! It’s so grand your whole family is there and even the young ladies are hunting with you!
Some very fine looking trophies!
What area or town in Limpopo is closest?
Thanks for sharing your family adventure!
Africa on my mind.

Ridgewalker said:
Wonderful trip! It’s so grand your whole family is there and even the young ladies are hunting with you!
Some very fine looking trophies!
What area or town in Limpopo is closest?
Thanks for sharing your family adventure!
Click to expand...

Thanks guys. I will have the rest of the story up in a day or 2.
The base camp is near the town of Modimolle.

Well done, love the character on that buff

Great trophies and liking that Buff!