I just return from the safari of a lifetime with Andri Fox. If some of you may remember I post this past winter that I wanted to go on a " sci gold Medal" hunt. I had 3 Ph that were takers and I choose Andri Fox and boy I choose wisely! 12 gold, 8 silver and 2 bronze. I will try and tell a good story and hopefully I can upload pictures. Andri arranged for my hunting partner to be with Beans in a parallel hunt to mine and he slayed them to with Beans but I will let him tell that story. 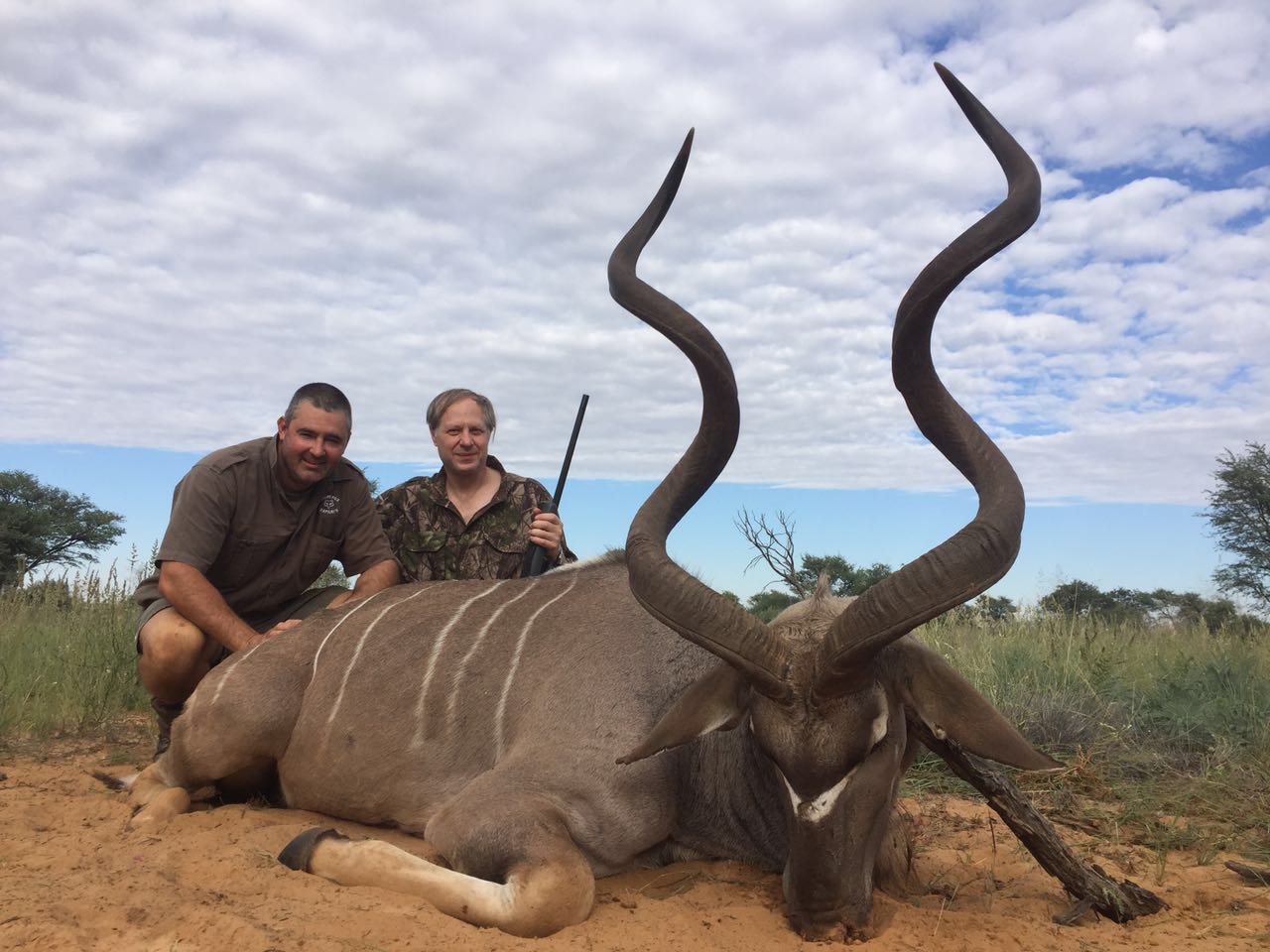 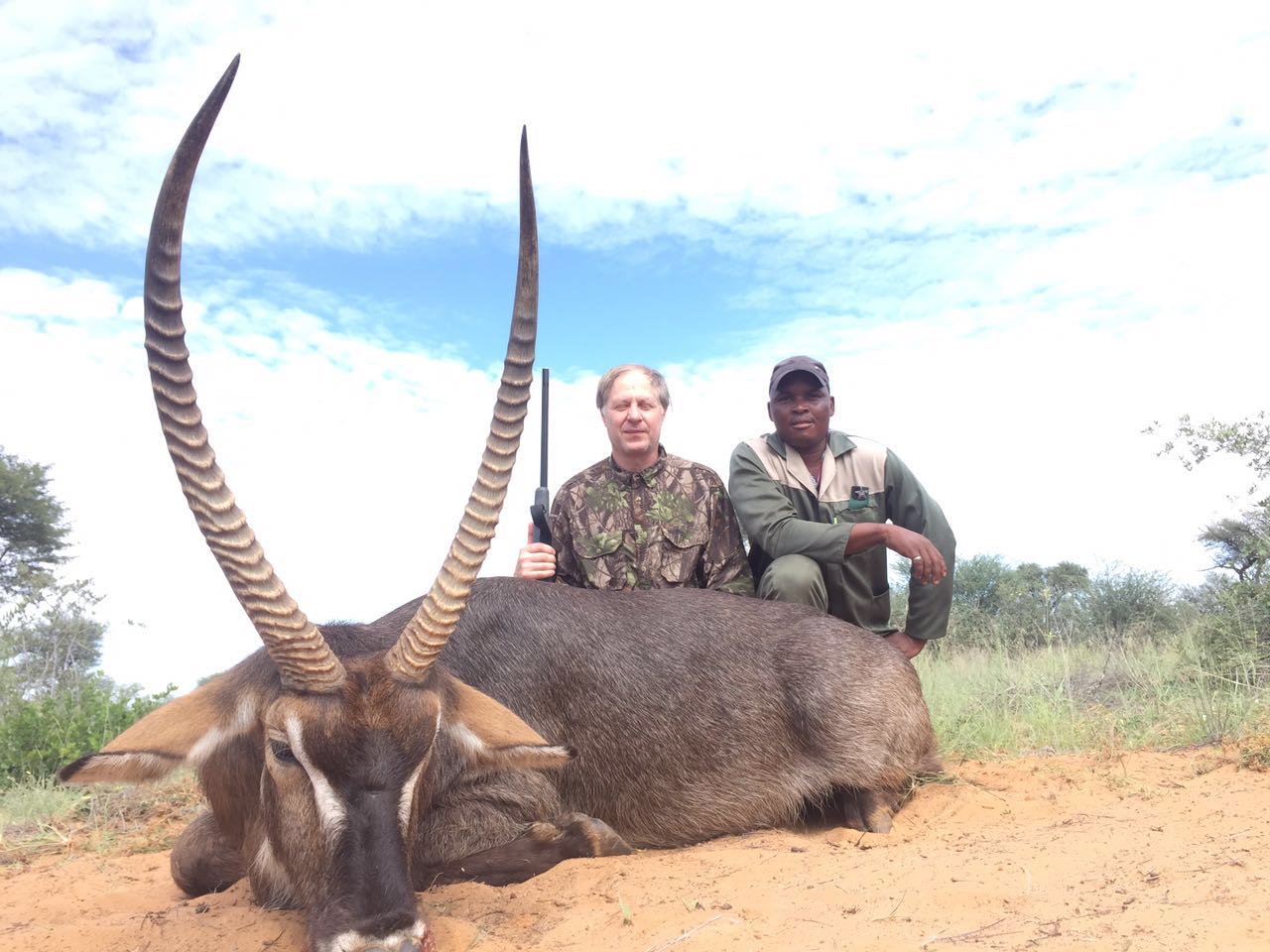 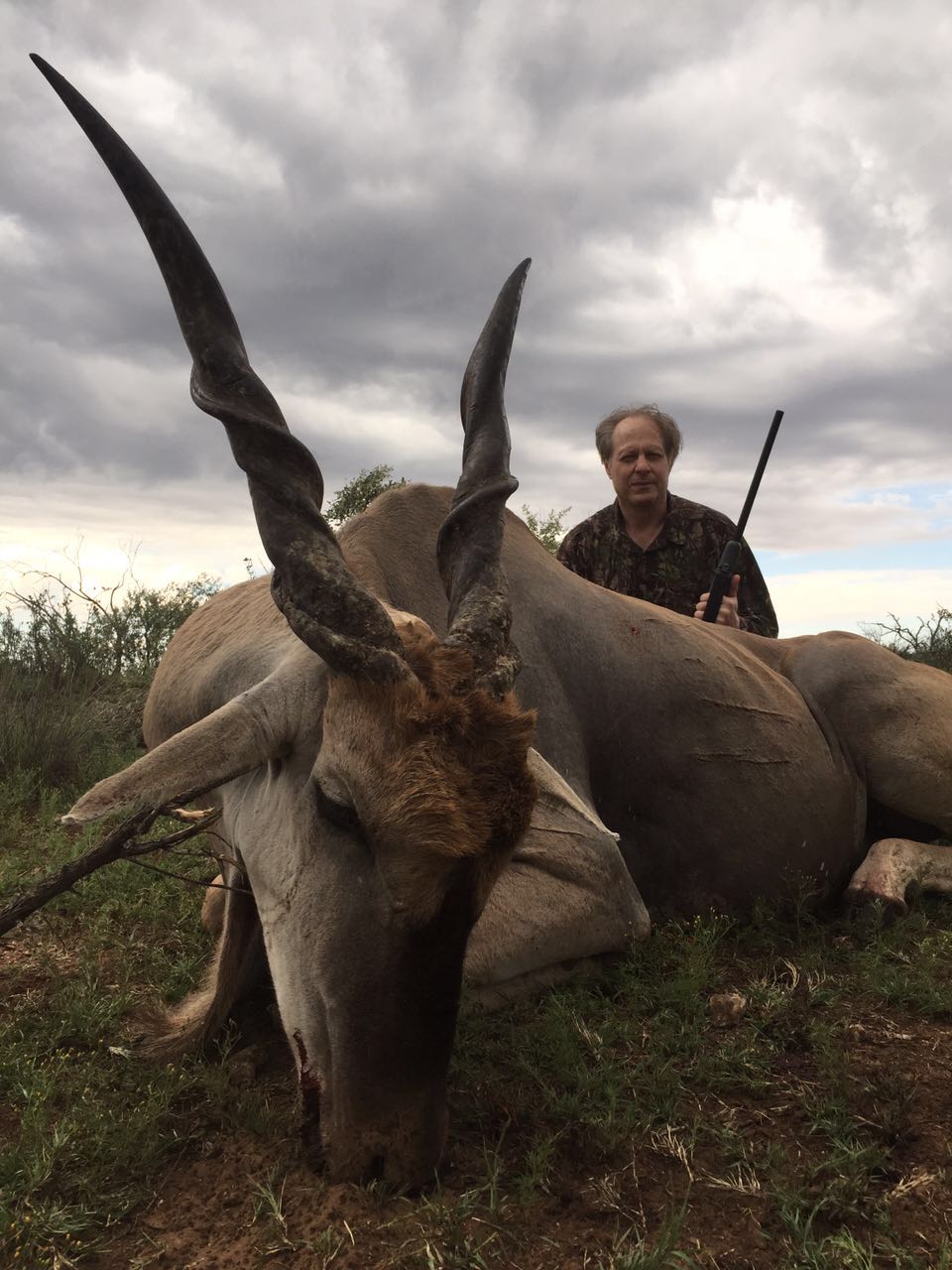 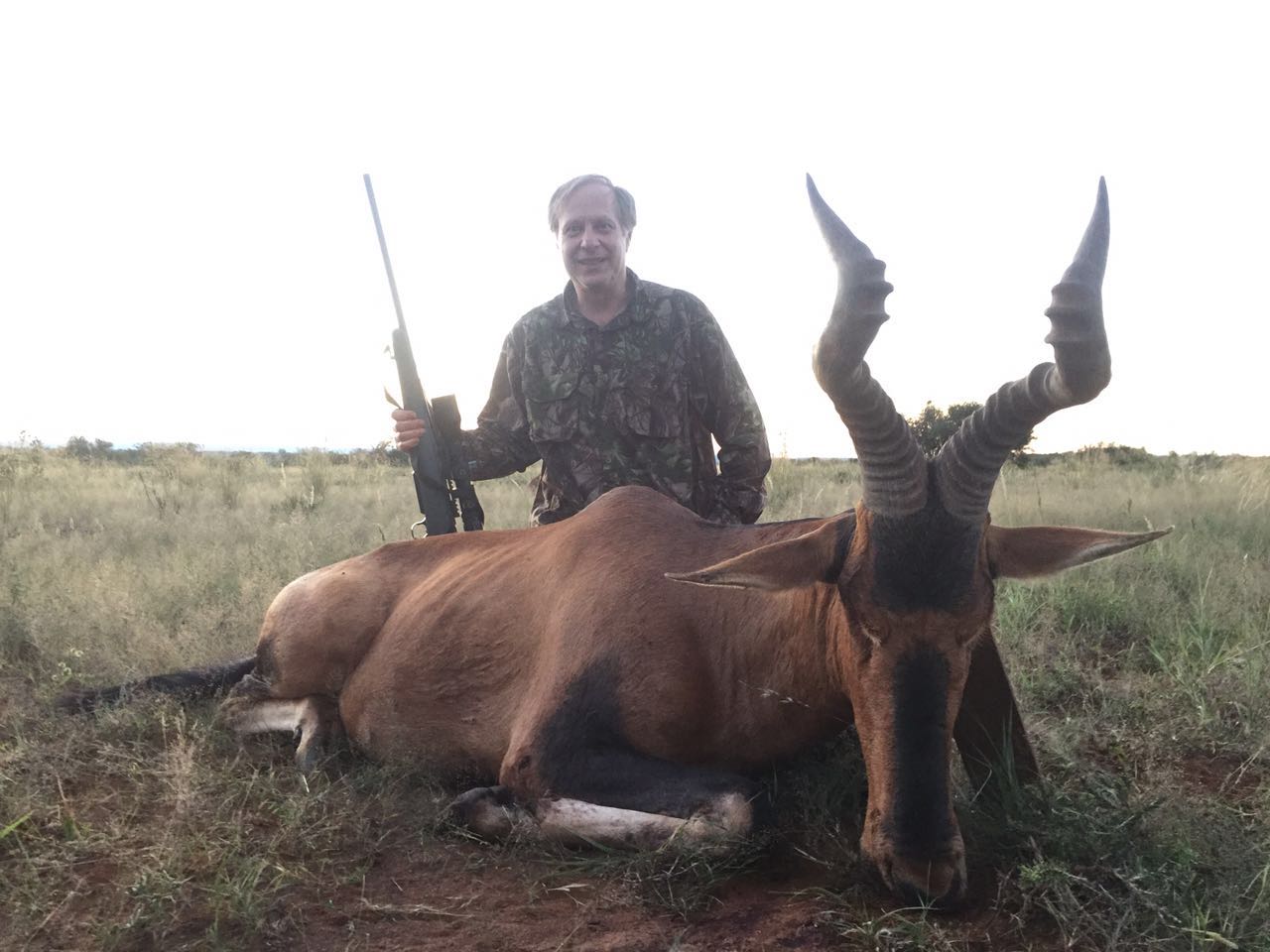 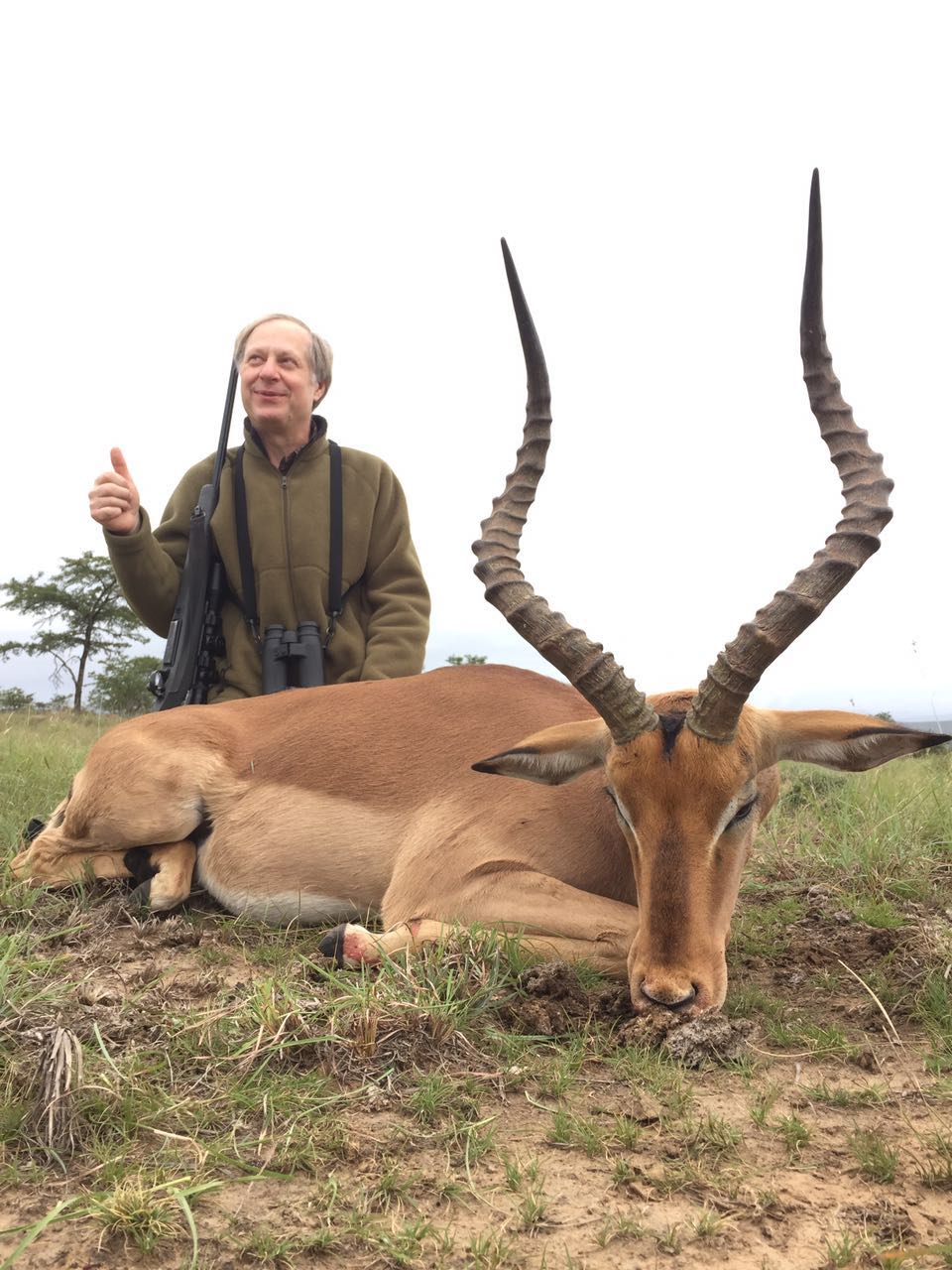 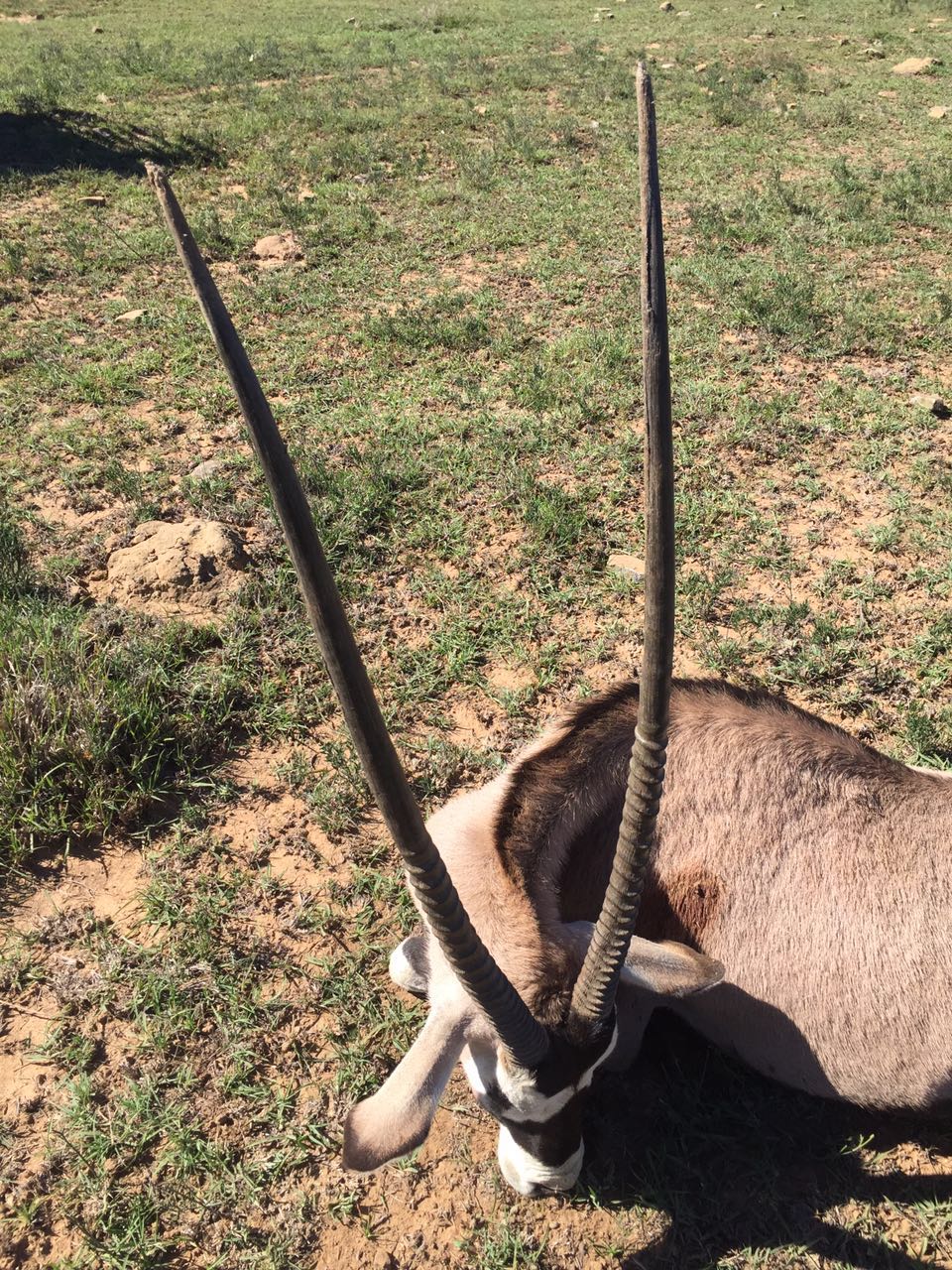 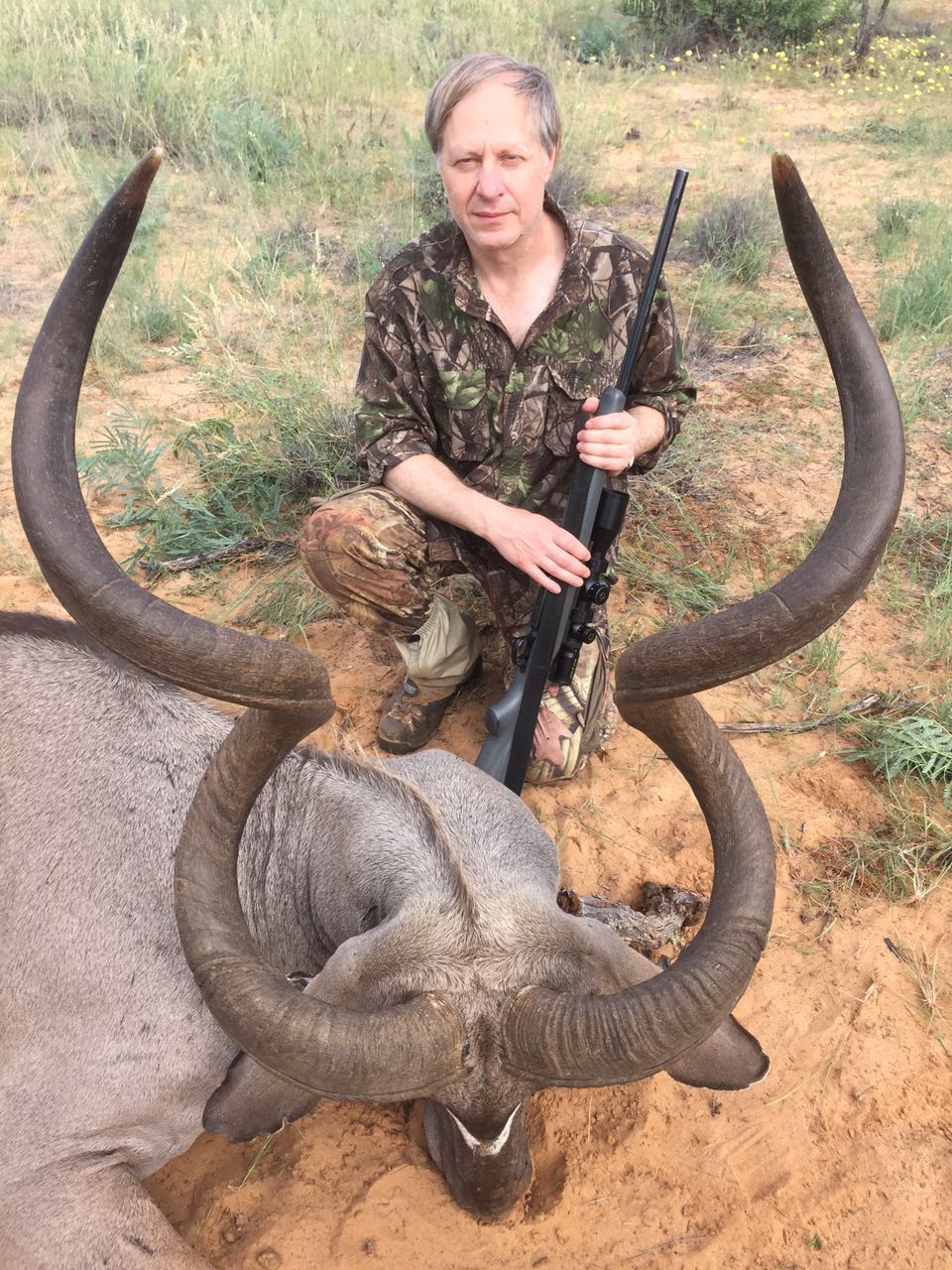 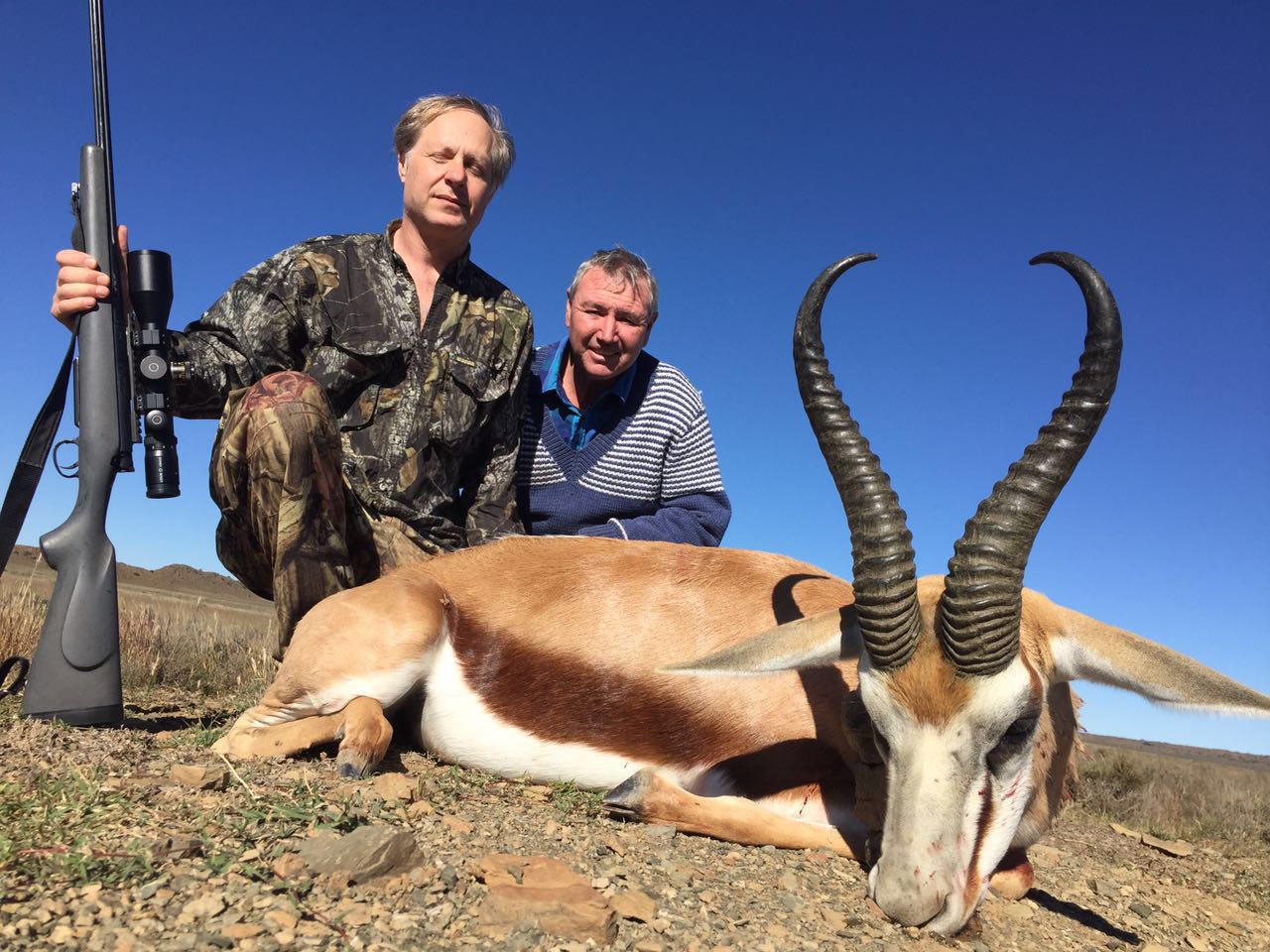 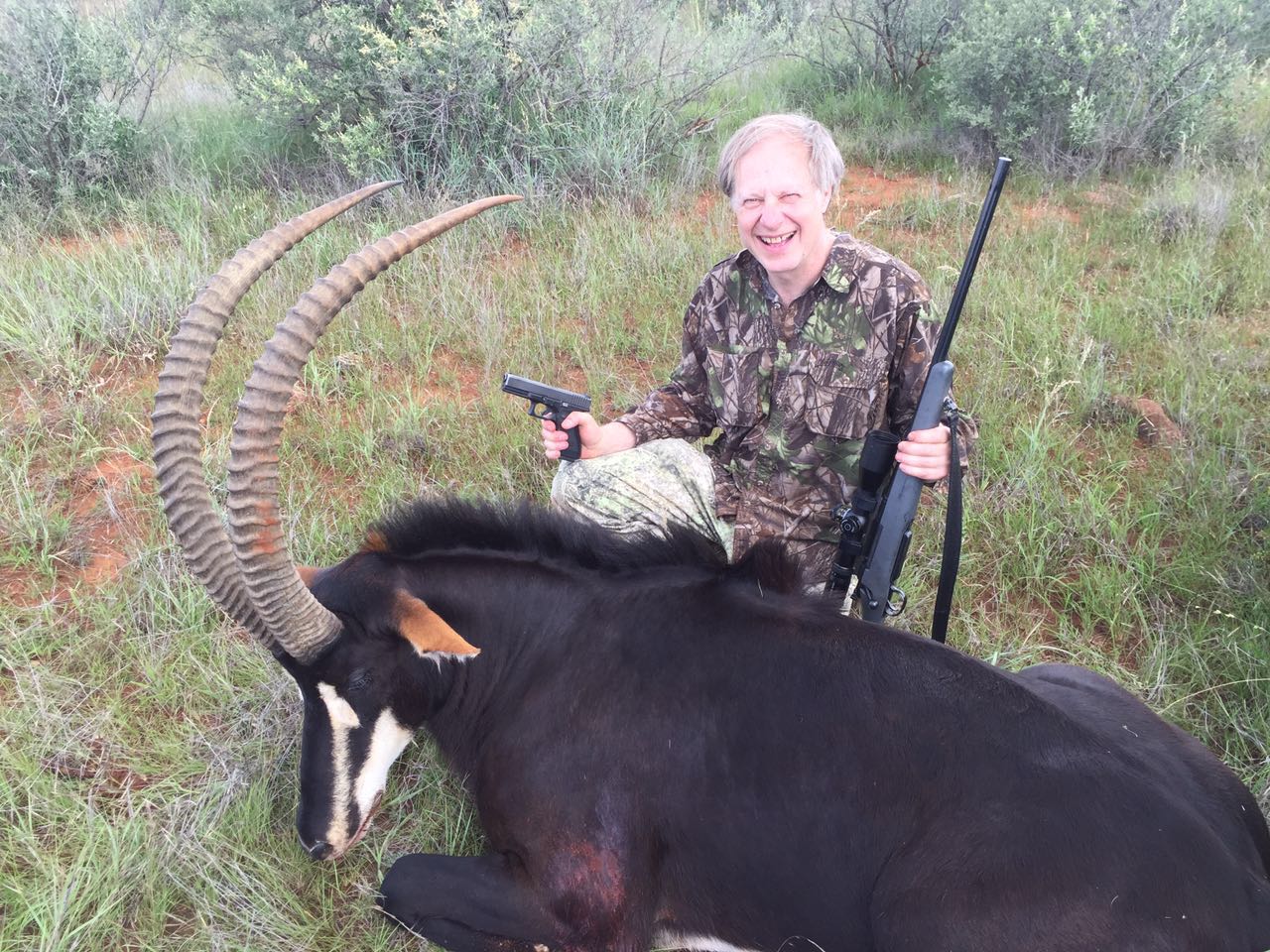 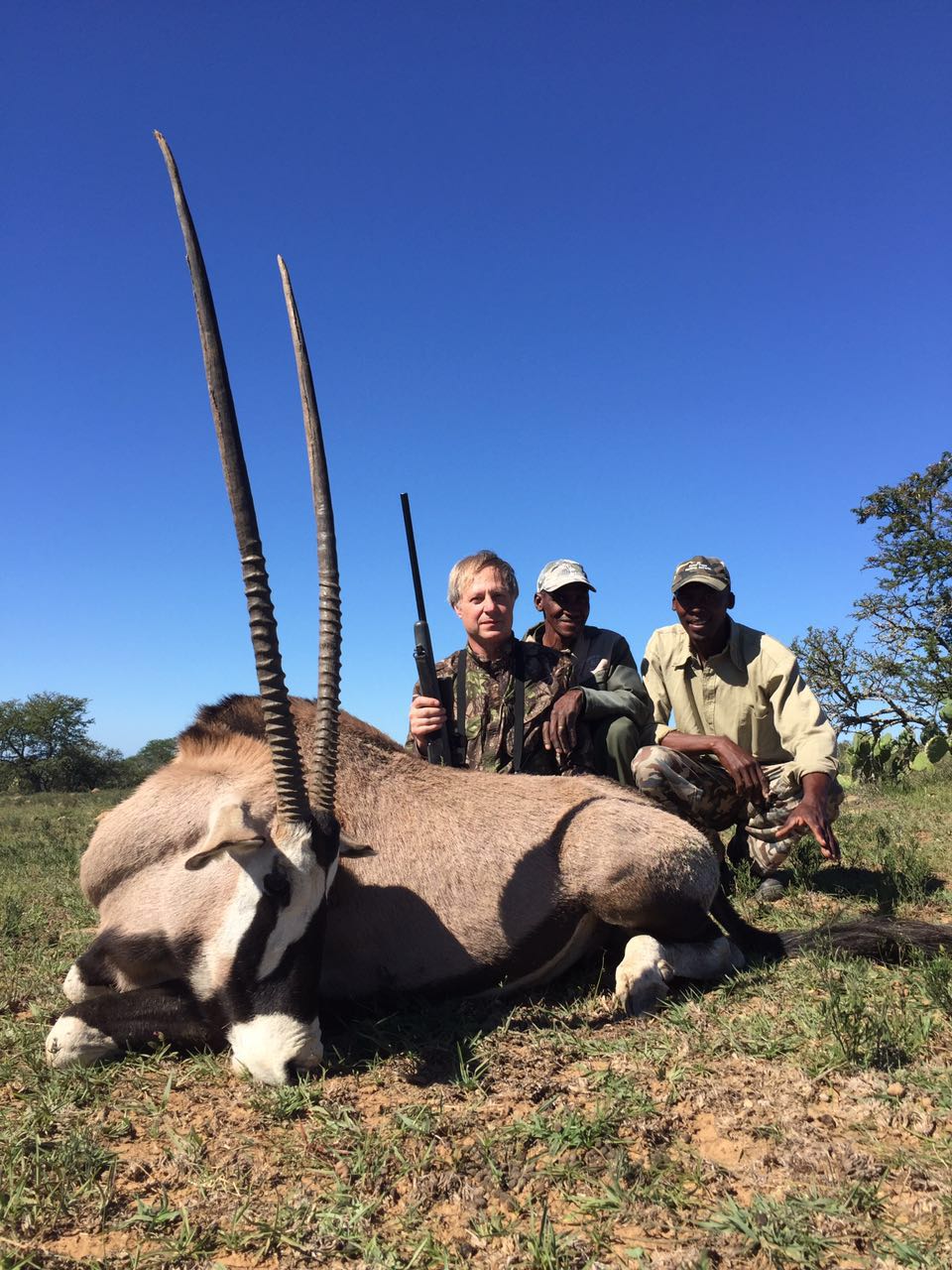 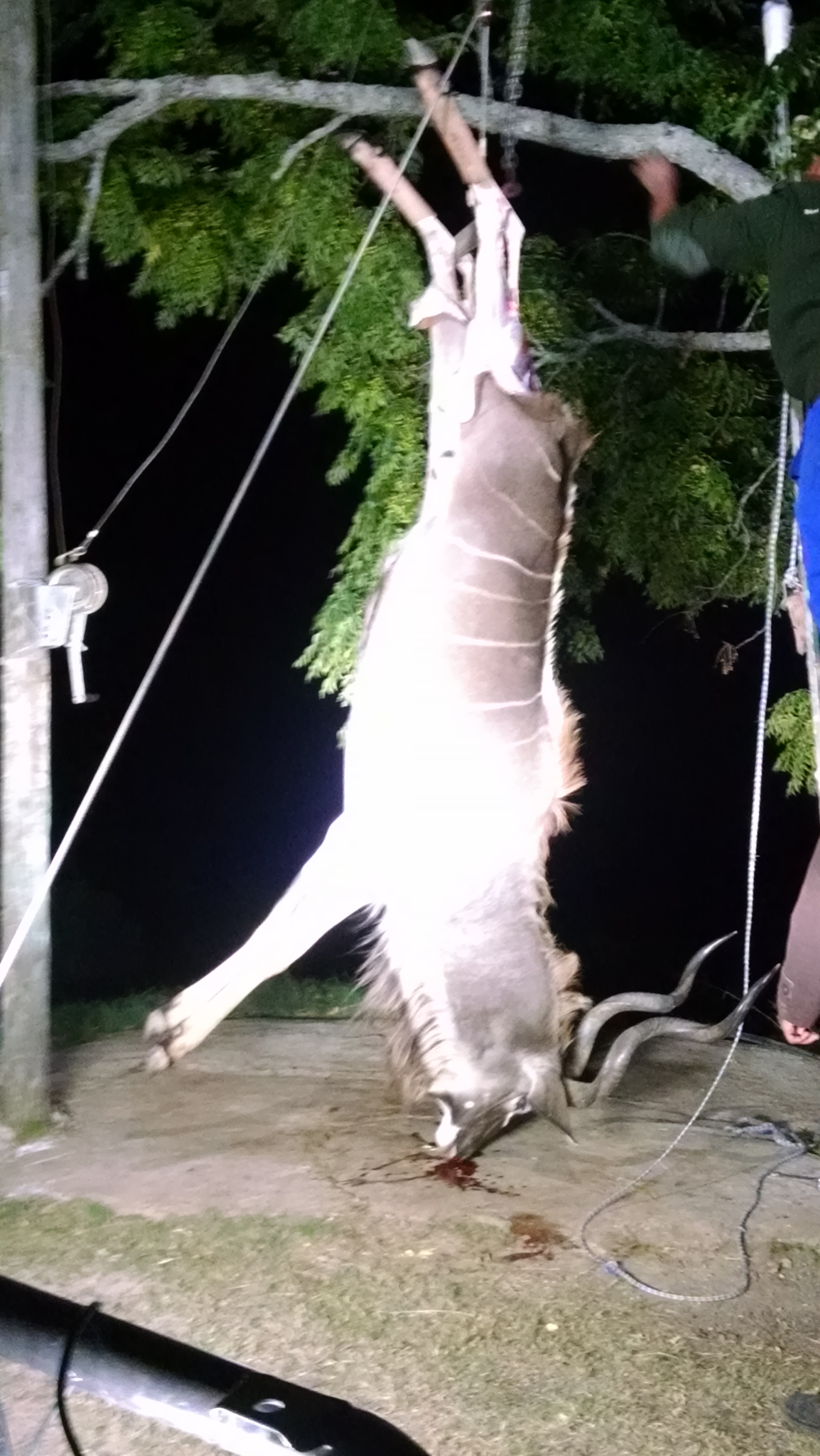 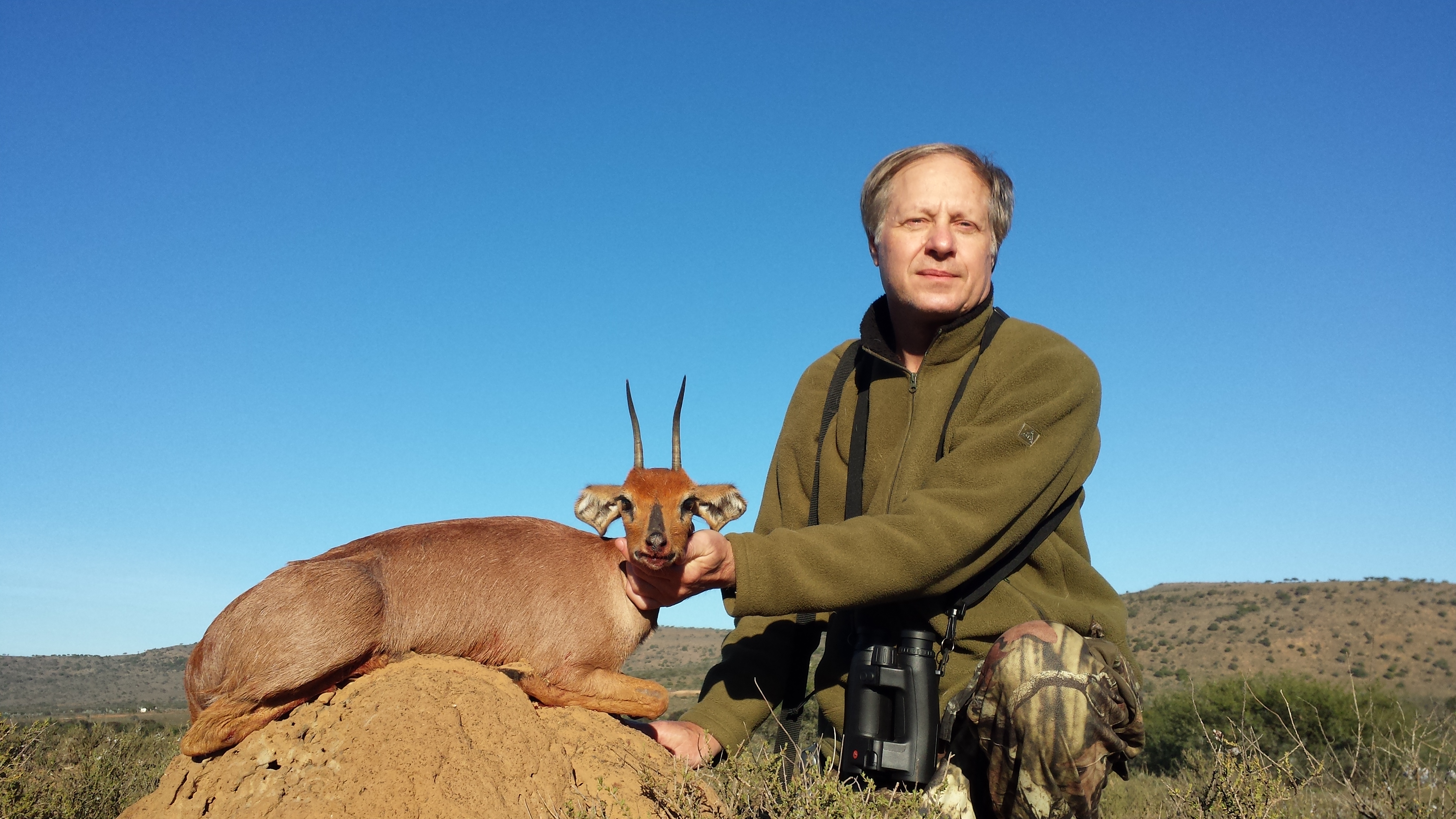 You took some great animals with andri. I wish we could of helped you more but you did very well with your hunt and that I am glad to see.Looking forward to more pictures and more of the story

Man you went on a shoot fest. Great trophies and thank you for sharing!

Great kudu and gemsbok. Sounds like you had a great ti,e and the barrel never got cold for sure. Well, cept maybe that second day.

I havent met Andri yet, but I'm looking forward to it when I hunt with @Tootabi Valley Safaris this summer. Those two guys have quite the reputation!

Royal Beans place is great he hosted us for I think 3 days. Him and Andri are neighbors and good friends they will take great care of you and the game is plentiful so bring lots of lead and say hello to his dogs Rigby and Voo Voo for me

Well somebody is going to have a whooper taxidermy bill coming up! Congrats!

Those are some deep curls on that Kudu.

Congrats on surviving the water and getting some nice trophies.

I don't think I have ever seen as many huge trophies in one hunt report. My congrats to you, and most certainly to Andri Fox, a great PH.....FWB

@Buckdog thanks for sharing your hunt! Sounds like it was pretty non-stop! Congrats on your trophies.

Congrats! Those are some fantastic trophies!

Wonderful! Congrats on your trophies. Enjoyed the read, got me all jacked up. Leaving in 2 days for South Africa and Namibia with son and future daughter in law.

here is a picture of our joint african carnage taken at Beans place, it is missing my friends caracal a big tom by the way, my zebra, the 35 gemsbuck, and one of my spring bucks. We definitely put some lead in the air! 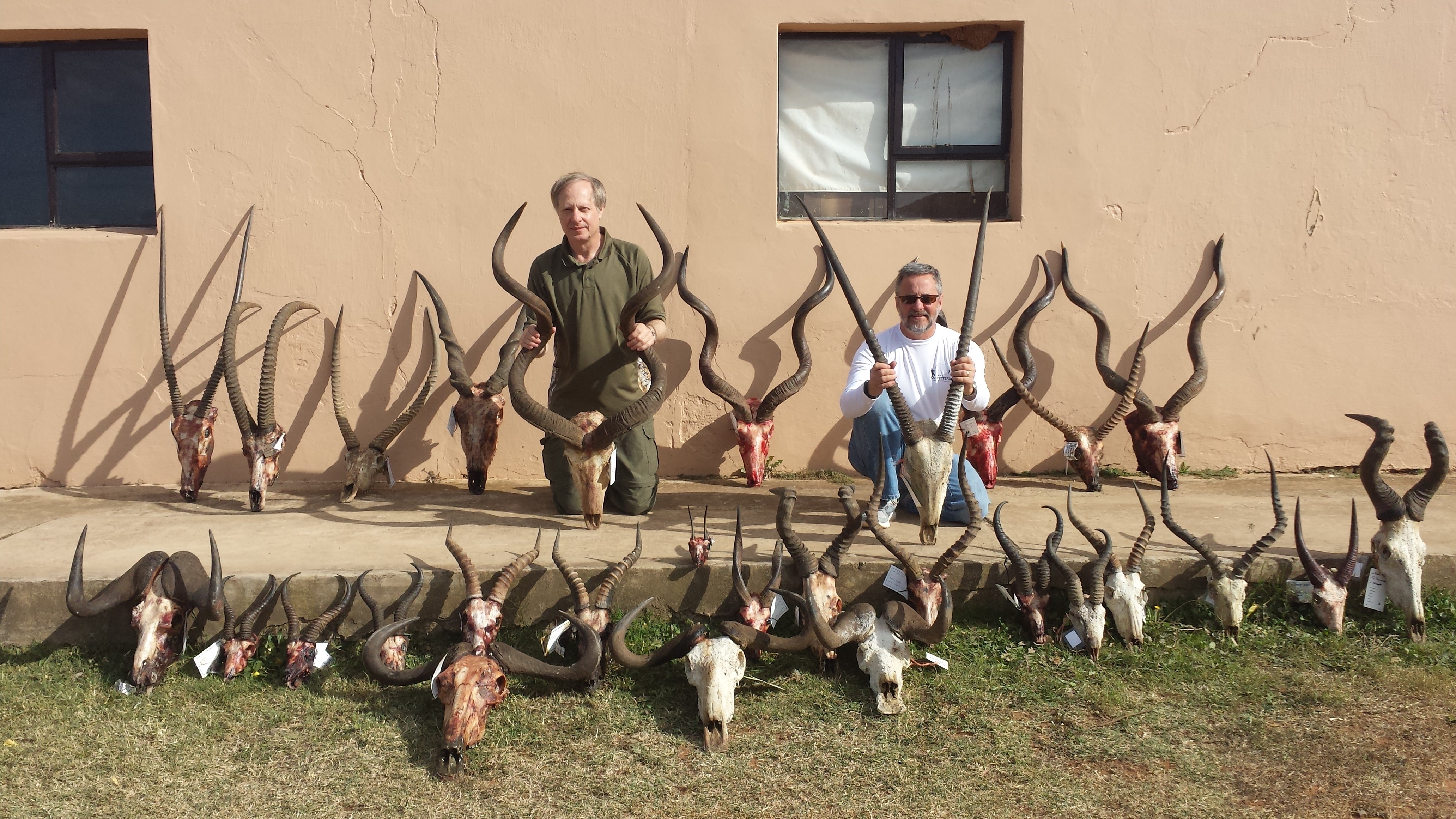 That gemsbuck your buddy is holding is a monster to. Those horns are think from bases to the top. That is getting it done and shows with good planning and traveling from place to place you can get better then avg. Trophies.

Buckdog,
Awesome trophies, bet the barrel never cooled down!
My son and I will be over to hunt with Andri in June. I am looking forward to hunting with him and your pictures just add to my anticipation.
Cheers,
Cody
"Montana seems to be what a small boy would think Texas is like from hearing Texans" John Steinbeck

bill,
peters gemsbuck is bigger than mine a 41 inch cow with huge bases we thought it was a bull.
Cody Andri is a great guy and you will have the hunt of a lifetime, bring plenty ammo and put some lead in the air!

Excellent job. Congratulations.
Tommorow is promised to no one. Go live your dreams.
You must log in or register to reply here.