Wonderful bull and simply fabulous photography. Thanks so much for sharing your adventure.
"We sleep soundly in our beds because rough men stand ready in the night to visit violence on those who would do us harm" American Novelist - W. Churchill

And of course, I would be remiss if I forgot to mention splendid bird hunting... 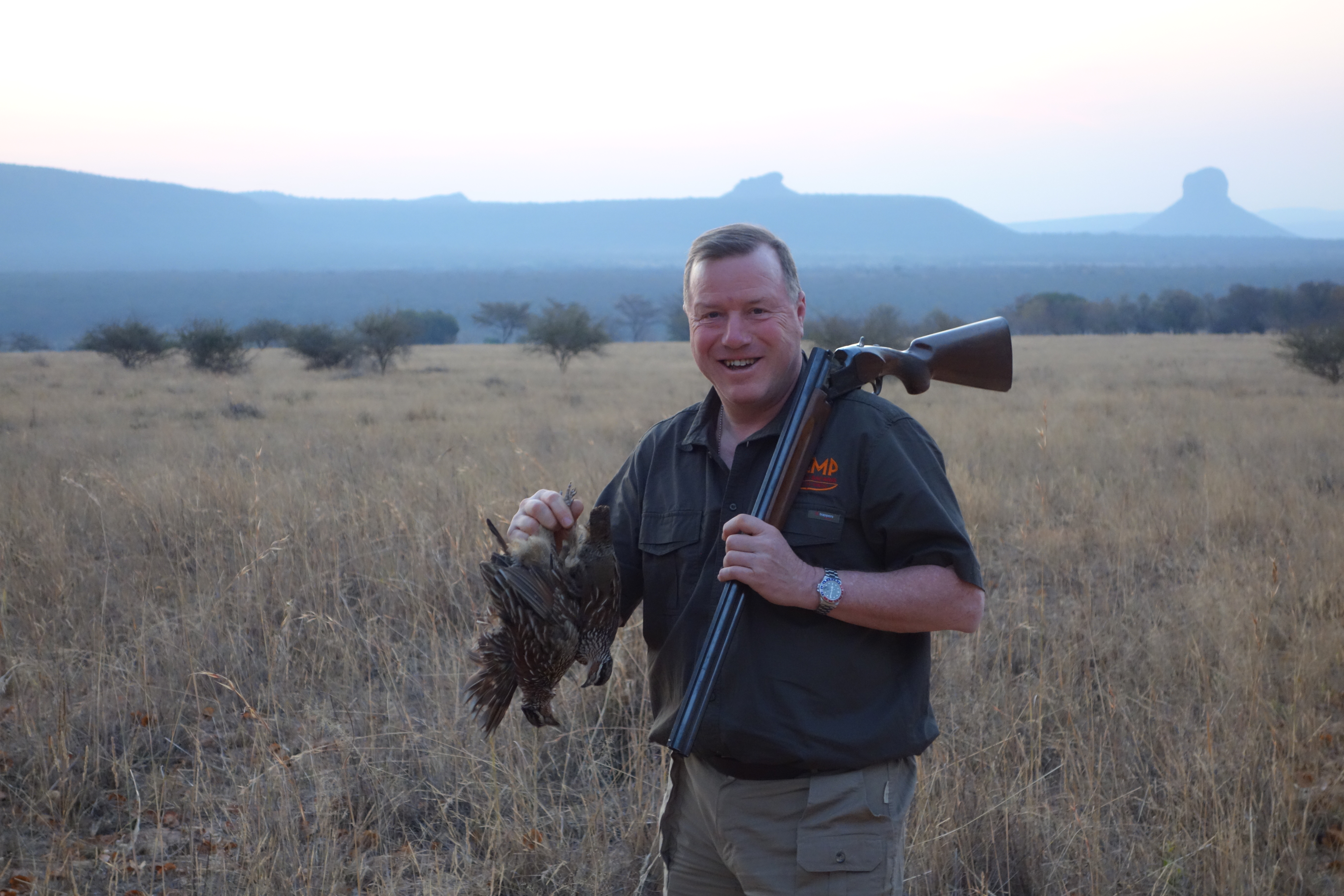 As you probably know, South Africa is re-opening, so far on an extremely limited quota, leopard hunting. I am going to keep a keen eye on this, because guess who is visiting nightly the baits Dawie and Marco set up for civet cats and other night creatures that they LOVE to hunt... 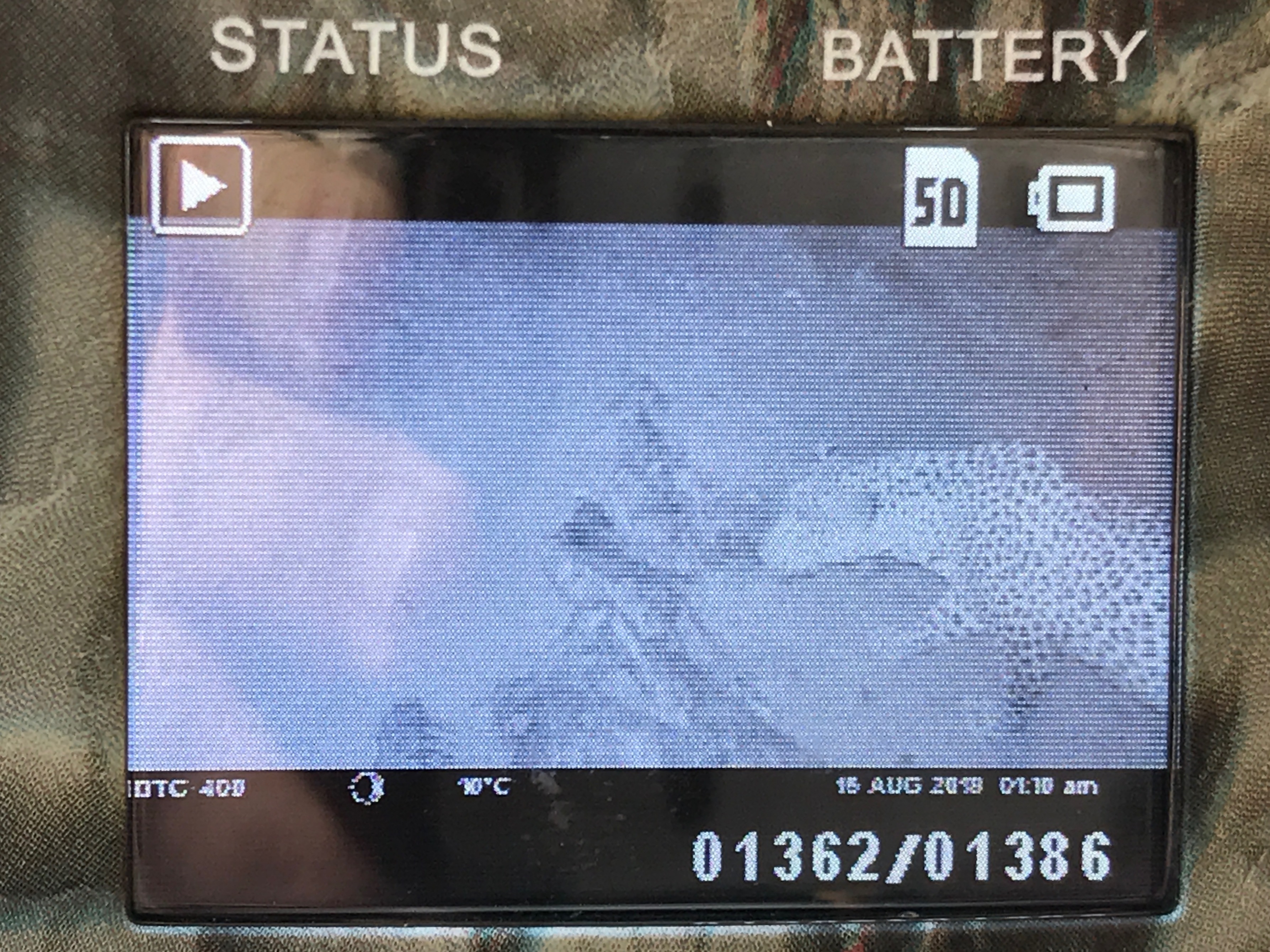 Marco du Plessis took me stalking to complete a safari in '12. Along the route to the game-trail he had in mind for vlakvarki, we attracted the notice of three young, wary and suspicious cape buffalo bulls. They squared up on us and started trotting our direction. Me with a only a .30 cal. bolt-action rifle, he with a stick. We retreated.
:- o
;- j

It was Marco du Plessis who guided the last 1/2 day (the 10th day) of my safari. He's the one who, on the 4th day, spotted the wildebees I'd mortally wounded, when we were beginning to worry that it was lost - the bull was only 20m from where I'd shot it; but no blood-trail, despite a wound through both lungs. He recognized it, I believe, by uncharacteristic behavior. He drove up, stepped out of his truck and said "Did you just call for me to help carry it to the truck?" We also fought a big wildfire the 2nd day; though Gerald was the main hero that day, Marco brought the water that finished the job. My impression is that adventures spring up wherever Marco goes ... or perhaps vice-versa.
Last edited: Oct 2, 2021

Looking through the photos and watching the video of this hunt, that's clearly very near where Marco led me to a vlakvark. The hills are unmistakable. It makes me wonder if the Cape Buffalo bull taken in this hunt was one of the three that ran us out of a meadow 6yrs before.
Last edited: Oct 2, 2021

One Day... said:
Dawie wanted a very specific bull taken. It was fully mature, with hard bosses, but not especially wide, and he was apparently (judging by his numerous scars) pretty feisty and probably performed a fair share of the breeding. It would be both an exciting hunt, and a management hunt, so Dawie made me an offer I could not refuse.


Not an exceptionally wide bull, but an old fully mature bull, with a hard boss full of character, nice curves, and well worn tips.


A feisty old boy, with the numerous scars to prove it, falling to a single .470 NE double-lung shot at ~30 yd. He was so obviously stone-dead when we approached him that Dawie did not ask me to fire the proverbial 'insurance shot.'


A perfect performance from the new Hornady 500 gr DGX Bonded .470 NE bullet. We recovered it under the skin on the opposite side.


Flawless performance from the Kreighoff Classic Big Five, as you would expect.
Click to expand...

That is some beautiful rifle ... amazing figure on the stock. Perfect shot.
You must log in or register to reply here.