I was given a M70 in 30-06 made in 1936! Haven't cleaned it yet (hasn't been used in decades) but at first glance it looks used (Maine deer rifle) but pretty good.
Obviously, that old, it comes with iron sights. They are too low for me to get down on (not enough drop in the stock). I'm thinking of using it on my next safari (PG) and with iron sights but I need suggestions on which one to look for as it is new to me.
So who's got some good ideas on iron. I'd maybe like to consider rear ghost ring with a front fiber bead.
What do you all think?

Wow, some guys have all the luck!

A ghost ring with a front fiber bead is a good choice. But I really like a good set of express sights for hunting. I don't see the need for the flip ups because I figure I have no business making a 200-300 yard shot with irons!

Very unusual that a pre-war model 70 has unusable iron sights. Those rifles were designed to be used with irons not with a scope. Was it restocked at some point? If it is actually original, I would think long and hard about screwing up a collectable rifle with new sights. If it was built in 1936, that makes it among the first 2500 model 70's made. Taking it out of its original condition will largely destroy its collector value. If it has already been restocked, re-blued, or otherwise messed with, then new sights won't matter.
"We sleep soundly in our beds because rough men stand ready in the night to visit violence on those who would do us harm" American Novelist - W. Churchill

As far as I can tell it is all original. I'll take another look to see about the sights Maybe I can figure out how to post a picture of them. It is below 2500 in S/N.
Actually never thought about the early collector value. Is there a premium for early ones? Need to look into that.

Better go play the powerball before your luck runs out there Cliff!

Yes Pre 64 M70s in un messed with condition fetch a Nice price to collectors, search Gunbroker if you need some figures, Post some Pics of that Old Girl so we can drool
Be Yourself Everyone Else Is Taken

Happy for ya man!

We do need some photos.
And here I am, returning to Africa of many faces;.... the sloe-eyed temptress with flowers in her hair who stole my youth and my heart, and left me an old man with a kaleidoscope of conflicting memories of many dashed hopes and some fulfilled dreams. E. Echols

OK I'll try to upload a couple of pictures It looks like it worked. On second looks it has a buckhorn spring leaf rear sight that is lowered to its lowest position probably to clear the sight picture from what looks to be a factory side mounted adjustable rear sight, Unfortunately its missing the top unit that slides up and down in the side mount. Not knowing what this is I'll need to do some research. Maybe I can find an original part. The wood looks factory but the finish is well used. The blueing looks 70 80% on the barrel but the floor plate is 30% probably from carrying it hunting. The bore on quick exam looks good and bright. The safety pushes to the left side as an old one should.
Sorry the pics arealittle out of focus I'll have to work on that also 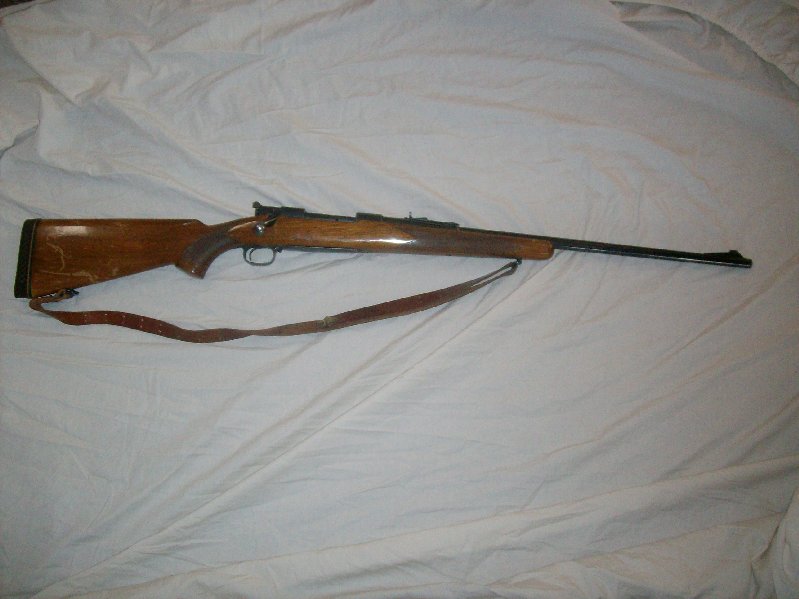 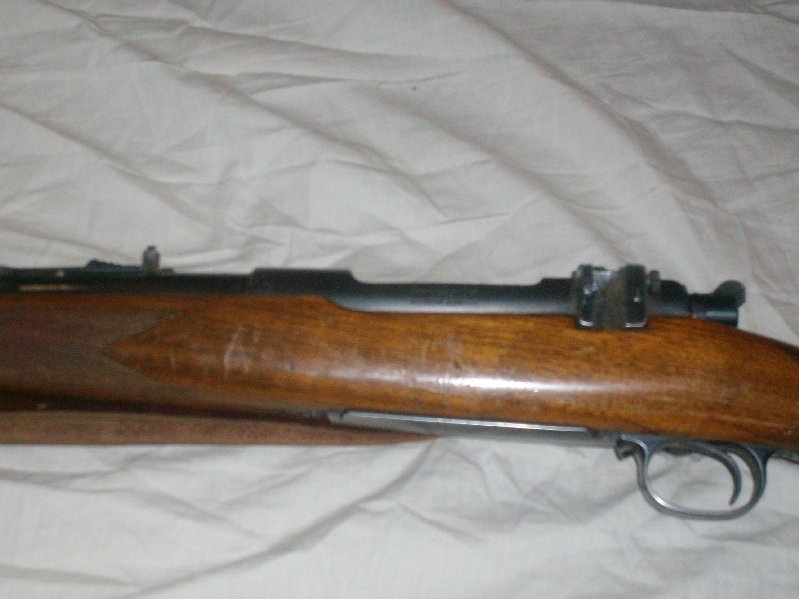 One guy at the range I used to run, whom we knew as Alby, had bought his .300 H&H in 1937, presumably from the first shipment landed in NZ. He survived (obviously) his RNZAF war service in the Mediterranean, etc and also bought a .375 version at some stage, which ended up with his nephew (whom he taught to hunt) some time before he passed on.

Alby brought his .300 to the range one day when I was there and let me hold and look through it after he had checked the zero. The rifle had been fitted with a side mount scope (centred over the action), probably before WWII. A fine rifle for a fine rifleman with strong hunting ethics.
A good shot at close range beats a 'hit' at a longer range.
Z

I grabbed this info quickly from Nick Stroebel's book. I have further info on the No. 48 but suspect that there are people on this site with far more specific and detailed knowledge on this subject than me. NB The above information applies to the standard sights. The target sights have taller slides for shooting out to 1,000 yards or more.
A good shot at close range beats a 'hit' at a longer range.

So, would you suspect that the Lyman sight was post factory install? I'll be looking up Lyman sights tonight.

From a collector point of view, the Lyman peep and the pad are problematic. I would tend to look at it as a shooter. You can find an after market period style Winchester pad (they are solid and brick red) to replace the poorly fitted one. A competent stock man could restore the oil finish and you can fairly easily find the rest of that Lyman peep. If you decide to have it re-blued, then have someone do a rust blue and not a hot blue. Costs a bit more but will make it look correct and is very durable.

In it's current condition, it is about a $500 - $700 rifle. Assuming you have a professional do the restoration work, you are probably looking at another $500 investment. You'll then have a restored rifle worth $600 - $800. Welcome to the fun world of firearms restoration ! But you would also have a wonderful rifle to take on the PG safari and to pass on to a son or daughter.
"We sleep soundly in our beds because rough men stand ready in the night to visit violence on those who would do us harm" American Novelist - W. Churchill

Hey thanks for the info. Much appreciated. I was planning on a shooter anyway as unless it was pristine, I'm not much of a collector. Got to get the sight figured out and see what it will do.

Cliffy said:
Hey thanks for the info. Much appreciated. I was planning on a shooter anyway as unless it was pristine, I'm not much of a collector. Got to get the sight figured out and see what it will do.
Click to expand...

My thoughts...not that you asked for them. But I would first see how she shoots. If it looks good for accuracy and since you've not dropped a dime into her, have the rifle restored back to it's once former glory. Pay it back to the former owner of this rifle. If Red Leg is right and it takes $500 to do that, you'll have a darn nice pre-64 M70 in a classic caliber for a lousy $500. I'm sure whoever you pass it down to will appreciate it!

Phil That's another great idea that I must consider.

If the stock has not been cut, it would be better to put an original metal buttplate on it and not any recoil pad, it would not have left the factory with rubber on it. Not to argue with anyone but I think its value may be a bit more than stated. Actions alone go for $500 for match rifle builds.

Sestoppelman - you are correct in a sense. Most worn pre-64's are worth more for the retail value of their parts. You can flip over to Guns International or Gunbroker and find a lot of old dogs priced pretty high. Watch them and see how many actually sell. The old '06 is the most common of the model 70's and it takes a pretty nice original one to cross the $1200 hurdle. The original stock was radius cut for the old butt-plates. I haven't seen one that hasn't been sawn flat for pad installation - even a homemade job like is on this rifle. A good stockman obviously can fit an old plate, but he may end up with a fairly short length of pull. That kind of custom work also will cost a lot more than a period style pad.
"We sleep soundly in our beds because rough men stand ready in the night to visit violence on those who would do us harm" American Novelist - W. Churchill

"The past is a foreign country, they do things differently there." L.P. Hartley
You must log in or register to reply here.

S
Is this optic a bad idea for my SHTF rifle??
2