Some Thoughts About Trophy Hunting & Hunting Trophies
by Basie Maartens, Past President PHASA 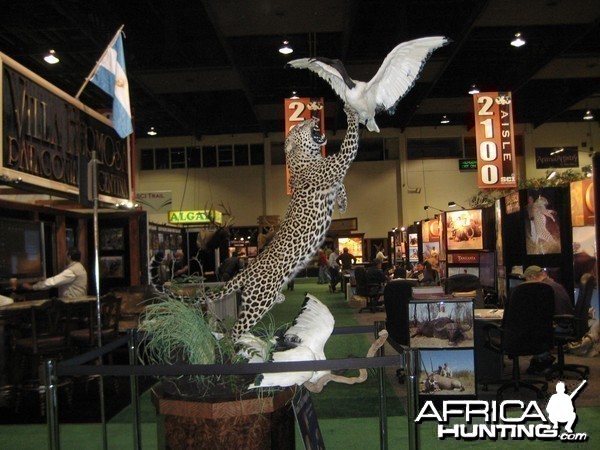 “Trophy Hunting and Hunting Trophies”, that is how Gerhard Damm put it when he asked me to submit an article regarding the 54th CIC General Assembly in Belgrade. To me it seems that both are the same. What needs to be examined are the words ‘hunting’ and ‘trophies’.

So we will not explore the skull of the lion or the boss of the buffalo, what it measures or how hard it is, these are details which will be dealt with by the hunter who actually hunts (and not just shoots) the animal. Rather how it was obtained –for that we need some clarification, and examination, of the philosophy of hunting.

Hunting needs to be clearly defined, and one should not use the word incorrectly. For instance, “culling” is not hunting, nor is “harvesting” or “taking” of an animal. These are euphemisms used for killing or shooting. There are people who are afraid of using the right word or would consider it politically incorrect and want to disguise what they are actually doing. There is no reason for a hunter to make excuses for what he is doing, providing it is in fair chase.

To give a definition to ‘hunting’ has racked my brain but I have come up with the following: “Hunting is the pursuit of an animal in fair chase and its ethical killing in a humane manner for a recognized purpose.”

In the case of trophy hunting, the recognized purpose is to collect a trophy. Robert Ruark said: “I shoot him when he is ready for heaven and his tusks are the monument, as the Cross is revered in Christ’s name. When I shoot an old elephant, I shoot the memory of a man and my particular hope of heaven, which is to be put down at the ultimate prime time, by any man – or beast – like me.”

The trophy is identified by the hunter by virtue of its size, age, or configuration, or even rarity. In each case it is the hunter who determines what value the trophy has to himself, which makes the selection of a ‘trophy’ a very personal choice. I will therefore not go into the statistics of trophies, for that we have enough books and more to come.

Hunting for a trophy puts ‘hunting’ on a different level than just shooting, which is what you do when you have to cull animals, a necessity in game management, if sometimes reluctantly performed. That is why Herman Jonker says you must cull with a cold hand and a warm heart.

Trophies and books seem to go hand in hand. Trophies must be recorded to be referred to in the future, to be compared and discussed. Trophy books are a source of information but also a source of great rivalry, many try to get a higher listing than the fellow hunter. Unfortunately, in a competitive world we will always have people who are given to one-up-manship, and they might not be honest about their achievements. These people are not worthy to be called hunters and will be a discredit to whatever they profess to be.

Unfortunately the printed page only has half the story – the heat or cold, the miles of walking, the careful stalking are not recorded. Therefore record books serve a purpose and are there for us to use, but they are not the holy grail of hunting.

Considering that hunting has come through the ages and has during that time evolved into the form that we know today, it is understandable that it is subject to continuous change. From stone age implements to flintlocks and black powder, today we know rangefinders, 140 grain bullets, 3000 foot-pounds of energy, GPS and laser range finders. So why don’t we condone hunting on game farms, and other enclosed areas? Within reason we will have to move with the times or forever kiss our hunting days goodbye.

Here again, trophy record books play a role by recording whether animals were taken with a rifle, bow and arrow, handgun, or were simply picked up. Although most trophies are taken with the help of a professional hunter, he does not get credit by having his name appear, even in brackets, among those who are responsible for the entry. On the other hand there are already listings whether the trophy was taken on a game ranch or in the wilds.

One thing is sure, we will still be hunting for many years and under conditions which are forever changing and there will be more changes, that I can guarantee. So, let us keep our trophy record books, our safari clubs, and our personal trophies on the wall which can remind us of the wild places where we found them.

So to hunt trophies or is it trophy hunting? It will be with us as long as we change with the times and not shoot ourselves in the foot by being holier than thou. All said without compromising our commitment to ‘fair chase’, but not to tether ourselves to impractical restraints.

At the moment I do not yet know what the CIC General Assembly has formulated as a statement on Trophy Hunting. Hopefully those involved in the decision making process will have the wisdom of how to have a position paper to present to the CIC Executive Committee by November 2007.

It is only such a pity that records and record books attract strange bed partners, which is not in keeping with things such as ethical behavior and fair chase. These can be compared to those who are never satisfied with doing things the right way but have to cheat to get in the front of the line. If we can get rid of them, the world would be a wonderful place.

I would therefore suggest that all entries into any record book be accompanied by a statement of ‘truthfulness’, at least morally committing the entrant to be “under oath”!
Last edited by a moderator: Dec 1, 2016
Gerhard R Damm
AFRICAN INDABA - Dedicated to the People & Wildlife of Africa
You must log in or register to reply here.

Trophy Hunting: How I See It