I would like to congratulate our very own Jaco Oosthuizen from @Game Trackers Africa for being being awarded International Hunter of the Year by Safari Club International. Congratulations for this well earned award after years of hard work and dedication! 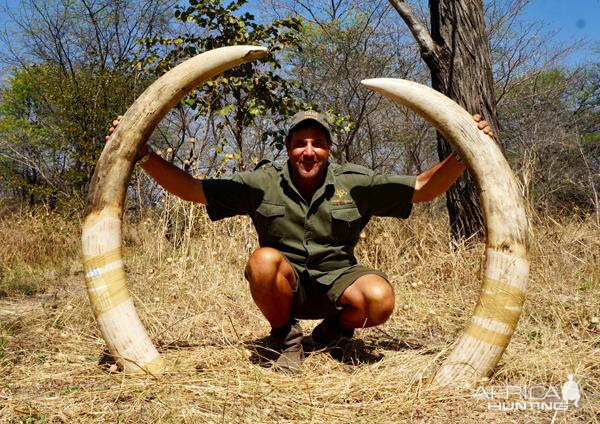 Jaco Oosthuizen was born in 1973 in the war-stricken northern part of Namibia on a cattle ranch east of the Etosha National Park. Beset by cattle-raiding lions on their ranch, his father single-handedly hunted his first lion at age 14. With this background, one can understand Jaco's hunting heritage. He first qualified as a PH in 1994, after which he ended up in Kenya and subsequently Tanzania. His love for the unspoiled wilderness of his beloved east Africa truly inspired him to take his career to a different level.

Jaco first joined SCI in 1996 and became a SCI life member in 2010. He has been participating in the SCI conventions since 1998. He has been honored to support SCI in many ways for more than 24 years, contributing not only to the protection of our hunting heritage, but also fighting endlessly for conservation of African wildlife and its habitat by means of sustainable utilization. In addition to this, Jaco and his company, Game Trackers Africa, also support numerous SCI chapters.

He is one of only a very few PHs who not only owns, but outfits his own companies in the various countries he hunts. Jaco also holds his own licenses in these respective countries, which he believes puts him in a very unique situation. He prides himself in offering every hunter the opportunity to experience authentic hunting adventures while on Safari. He has hunted in world famous safari areas such as the Selous Game Reserve, Rungwa Game Reserve, Moyowosi / Kigosi Game Reserve, Masailand in Northern Tanzania, Cameroon (Savanna & forest), Northern Namibia (including Kaokoveld and Zambesi Region), South Africa: Limpopo, Kwazulu-Natal, Eastern Cape as well as Botswana & Zimbabwe, amongst others.

Free-range hunting is his trademark; demanding client satisfaction by means of a combination of luxury traditional African hunting safari experiences and ethical take of older male specimens, managing wildlife populations while having his clients enjoy old Africa under the best possible circumstances in the modern-day context; having them live the African Legacy!

In recognition of his outstanding contribution to hunting in Africa now and in the future, SCI has honored Jaco Oosthuizen with its International Professional Hunter of the Year award. Jaco and Game Trackers Africa will be at the 2020 SCI Hunters' Convention in Reno, Nevada, February 5-8 in Booth #s 1402 and 3133.

Congratulations
Be Yourself Everyone Else Is Taken

Congratulations on your recognition. 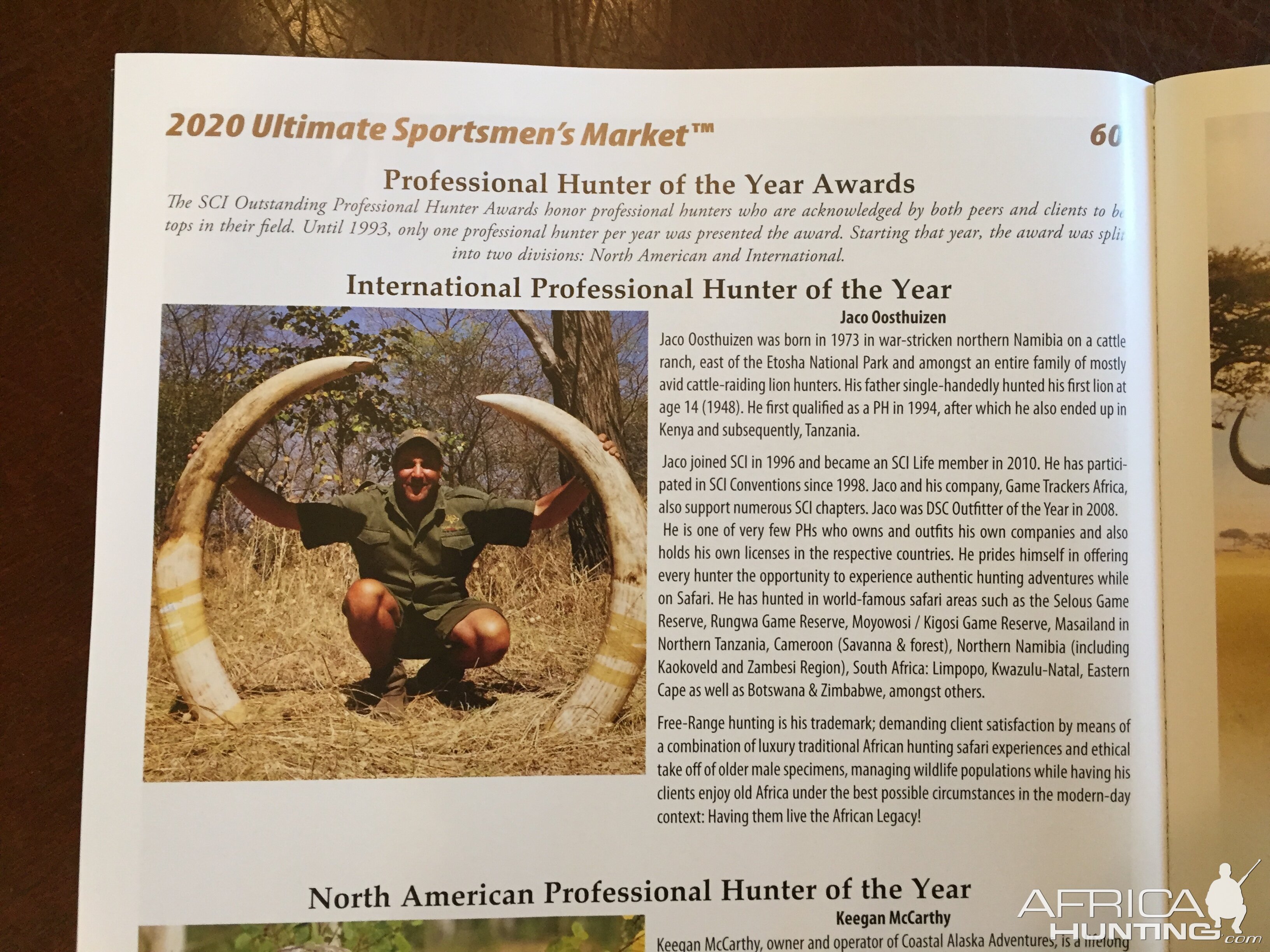 congratulations Its a awesome honor.
You must log in or register to reply here.