I've been testing a new Ruger RSM 416 Rigby. Several years ago I had the earlier version in the Rigby but the heavy barrel didn't point naturally for me although it shot great off the bench. Too muzzle heavy. Never took it in the field. Always wanted to try the thinner contour because I like the RSM 373 H&H so much with the thinner barrel. Best shooting 375 I've ever shot. Anyway to get back on topic a neighbor 2 doors down from me had one he was selling with ammo, unfired for a very good price. Put a 1.5-5 leupold on it. Assembled some loads I had tested in the previous rifle and went to the range.
I'm beyond pleased with the rifle. Balances and points for me. 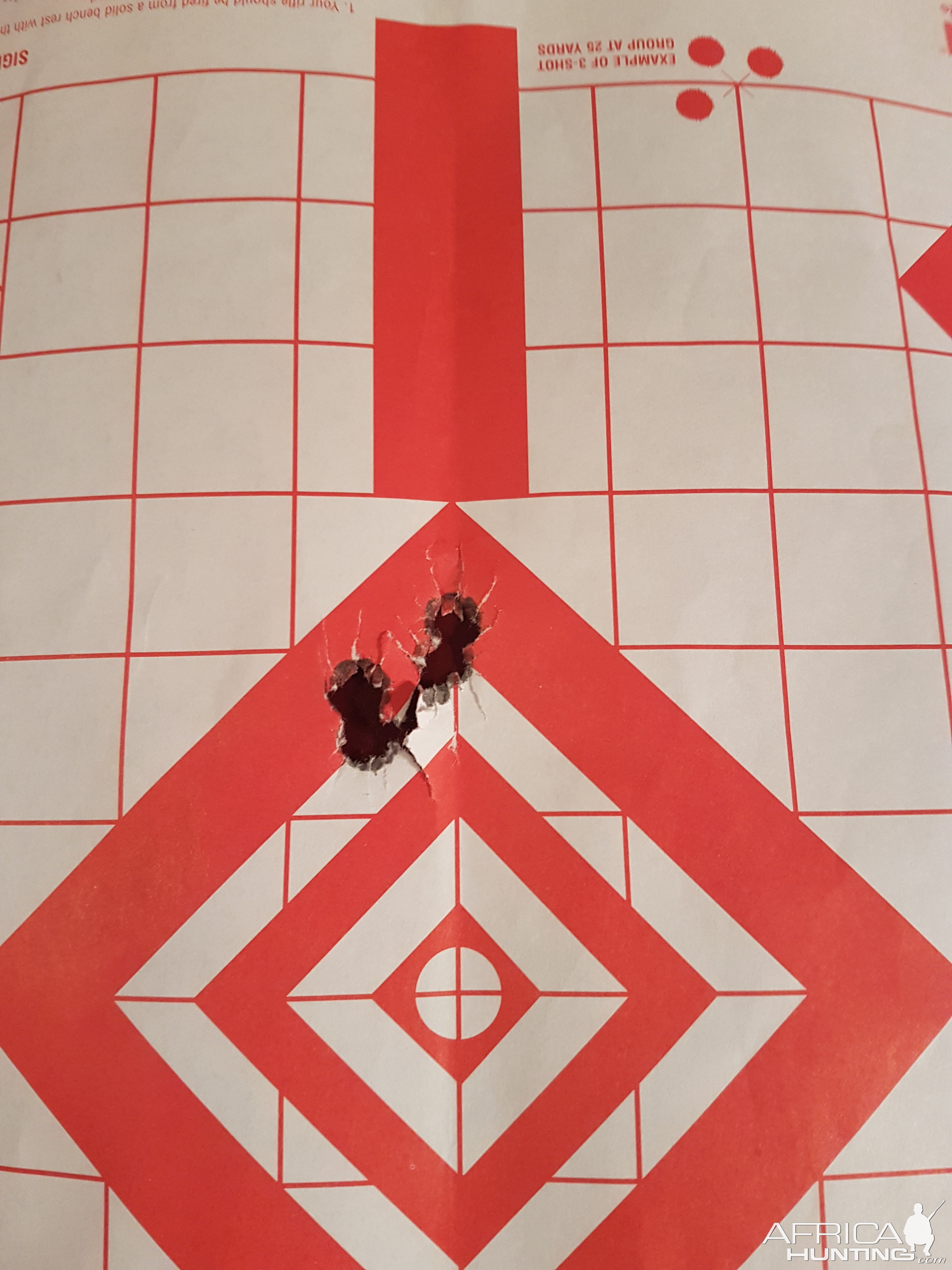 Looks like 8 clicks down and 1 right. I have a Ruger No. 1 in 416 Rigby that I haven't shot yet. If I get that kind of accuracy from mine, I'll be very happy.

your certainly running your loads at full tilt! accuracy looks good, however between the two loads i think i would go with the 350gr TTSX. the Barnes bullet will give you all the penetration you need and stretch your range quite a bit.

i use a 300gr TSX at 2650fps in my 416 RM and get similar accuracy (around 1"). even the light 300gr TSX has massive penetration and has gone clean threw every animal ive shot with exception of a blue wildebeest shot frontally (bullet was recovered back at the tail).

Don't think that any animal will walk away from you and that rifle!
A

I stopped there is it's accurate and partly because the open sights were on at 50 with this load. 2360 was 2" low at 50 as as the speed went up so did the point of impact.
You must log in or register to reply here.