I am back from our trip to Romania (Aug 2019). I again want to thank George Dumitri from @Romania Hunting Outfitters and his son for the fantastic visit to his beautiful country. I also want to thank Jerome and AfricaHunting.com for hosting the contest

WIN a FREE Hunt, Taxidermy & Sightseeing Week in Romania with a Guest for 2019 ($5000 value) WIN a FREE 1x1 Hunt Including One Hunter and One Observer, 3 Trophies and Taxidermy from Romania Hunting Outfitters for 2019. BONUS AfricaHunting.com supporters will get additional chances to...

on their site. My first impression is that Romania is a very green country with fantastic history and friendly people. 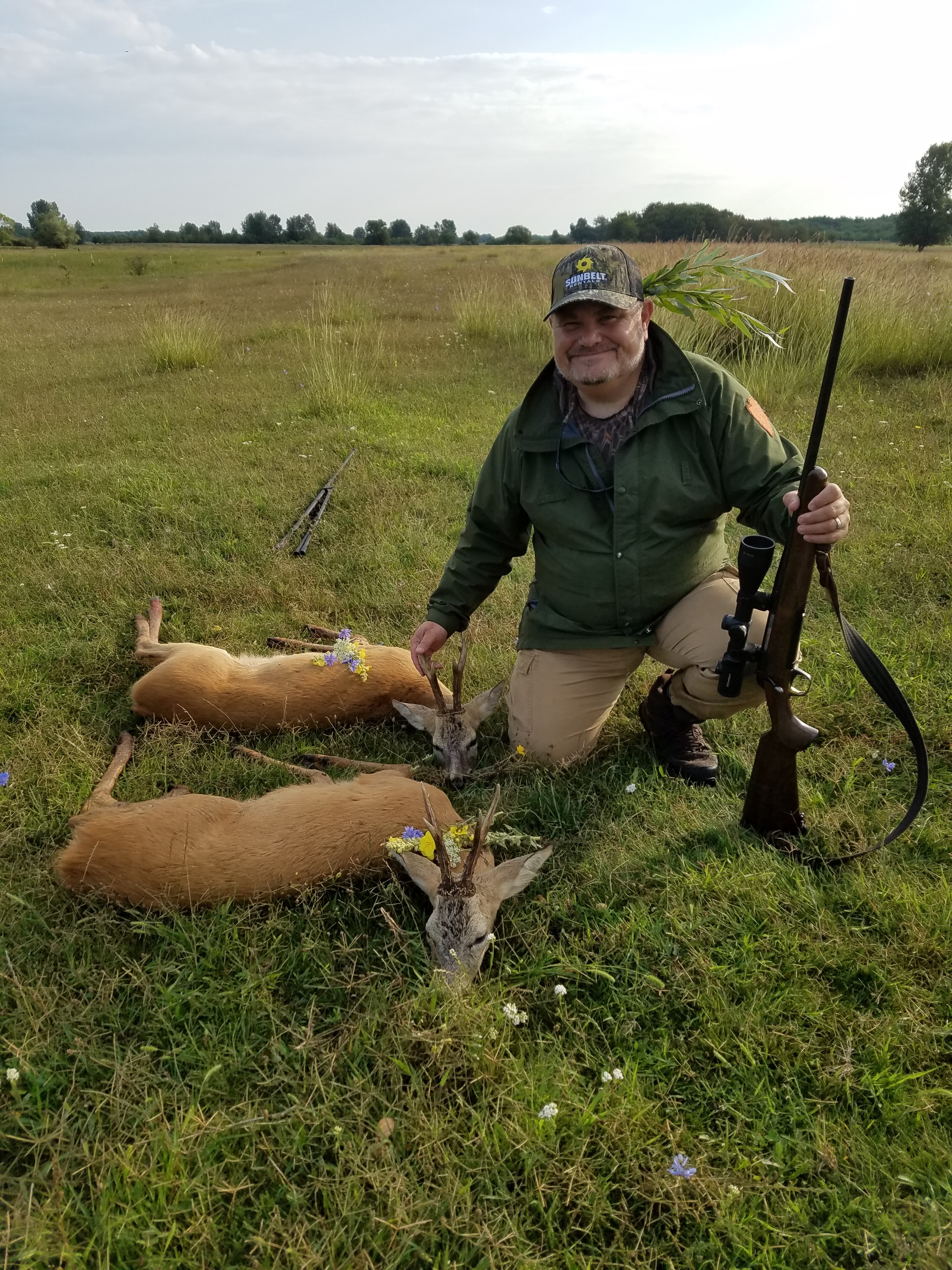 The temperatures during our hunt were in the mid 90's F with 85%+ humidity.

We landed in Bucharest and learned that we needed to go to another of George's hunting areas because of government study with the boars in the intended hunting area north of the capital. George has associations with over 60 hunting areas across the country, so went to another hunting area in a different part of Romania. This was OK, as we got to see a good deal of the countryside and mountains that most people probably don't get to see. We stayed in a village called Carei near the Hungarian border. George's professional hunters Niko, Christi, and the head huntsman Vasile were experienced hunters that knew the area well. They knew the Roe Bucks well too. All three were able to call in multiple bucks from over 600 yards to a range of 100 yards or even closer.

As a North American hunter, I have never witnessed a hunter actually using a doe bleating call to bring in bucks in the grip of the rut. The bucks announced their presence by "barking" just like a dog, and then came in for a look.

It was pretty cool. For those that have never hunted these deer before, they are reddish brown, a bit larger than a duiker and smaller than a white tail. They are extremely quick and rarely present for more than one shot before they slip into the corn or sunflower stands. They also like to just lay down head and all in a field, making them real hard to see during the middle of day. I harvested three roebucks within a couple of days (photos attached). For two of the bucks that I took, Niko and I stalked them across a field and stream for about thirty minutes. We came up 50 yards from both while they were locking antlers. Christi called the third one I harvested into within 100 yards of me at the end of third day.

The wild boar were more elusive. We went out to stands on each of the three nights we were there. We heard and saw plenty of piglets and small boars and sows each night. Whether it was the heat or they could smell the DEET on my arms, the big ones never presented themselves, which happens here in southern NM or west Texas all the time. Regardless, I loved the Roebuck hunt and George threw in a third shoulder mount because we did not get a shot at a big boar. My wife even enjoyed the roebuck hunting. She has eagle eyes and can spot them even when sitting. She even impressed Vasile by spotting numerous deer as we went from field to field. Will post pictures of sightseeing in next post. 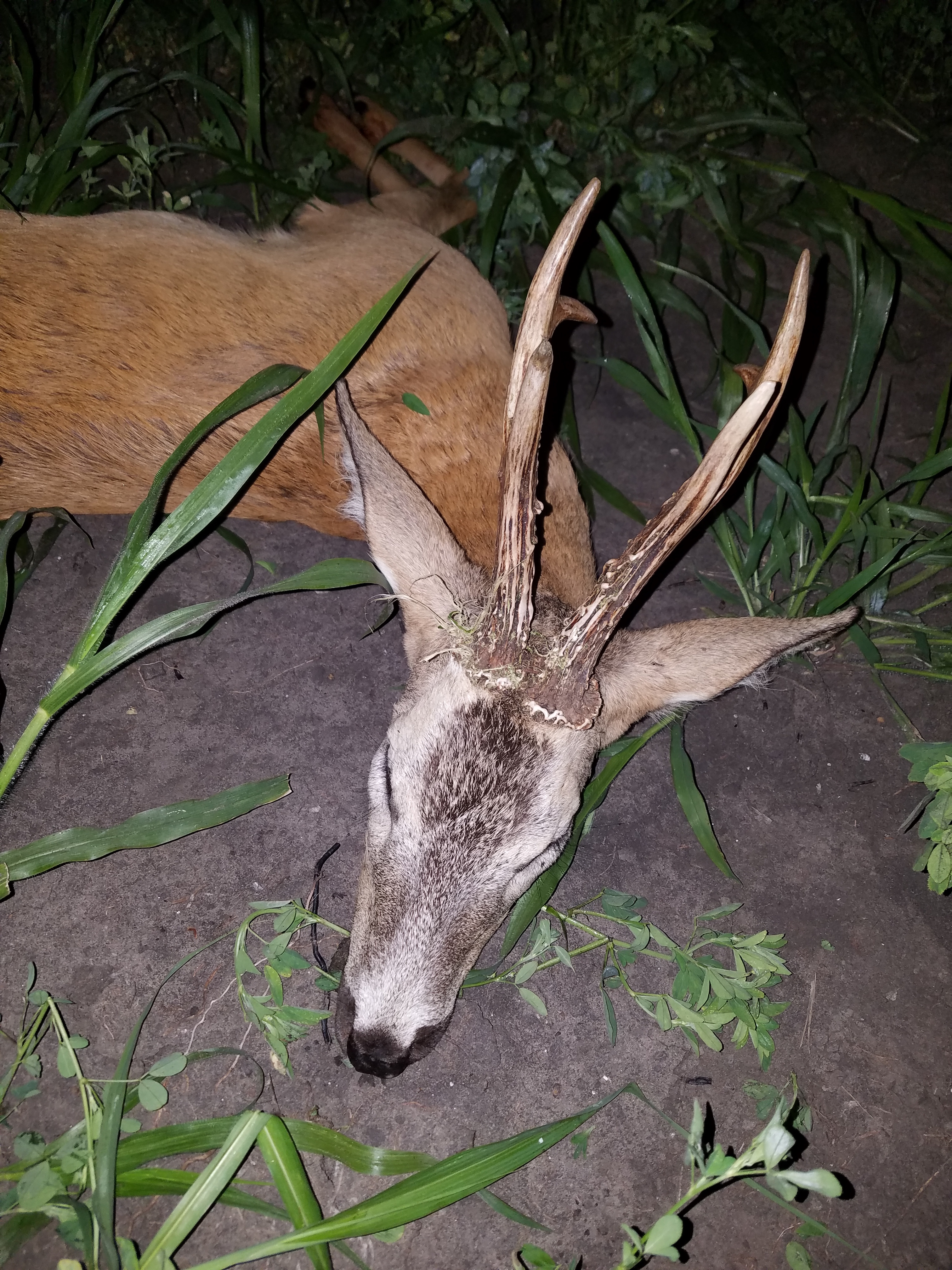 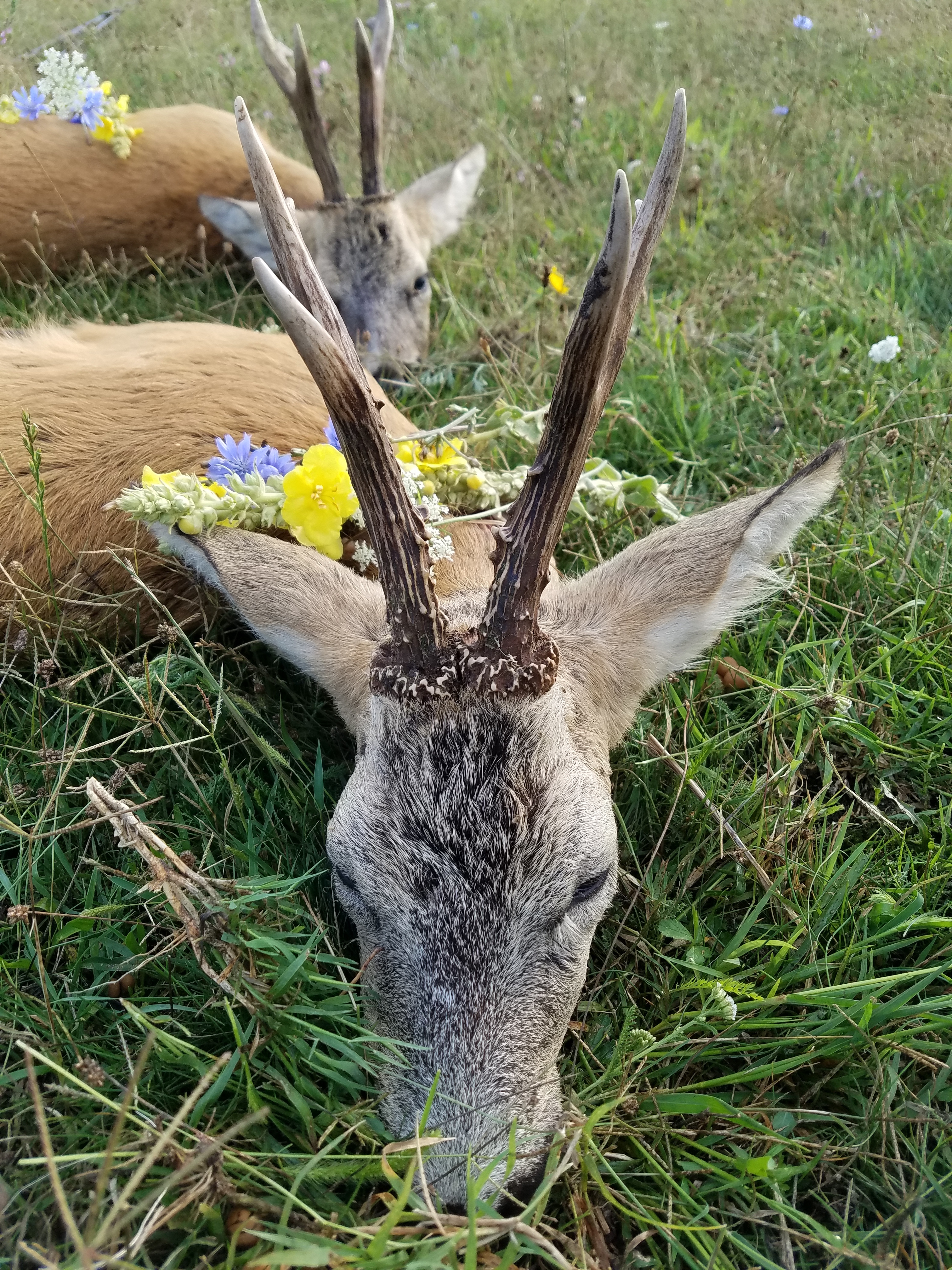 On the sightseeing portion of the trip, we saw the 12th century town of Sighişoara, the birthplace of the national hero, Vlad Tepes, or Vlad the Impaler (of Dracula fame) as he is known to the world. We also toured several castles including Bran Castle (of Dracula fame) and Pele's Castle (the summer castle of the Romanian royal family until 1947). The old buildings, churches and history of Romania were impressive. It was evident even in the small villages throughout the countryside. We even toured a 13th century salt mine t Turda with a Farris wheel and bar inside at bottom. 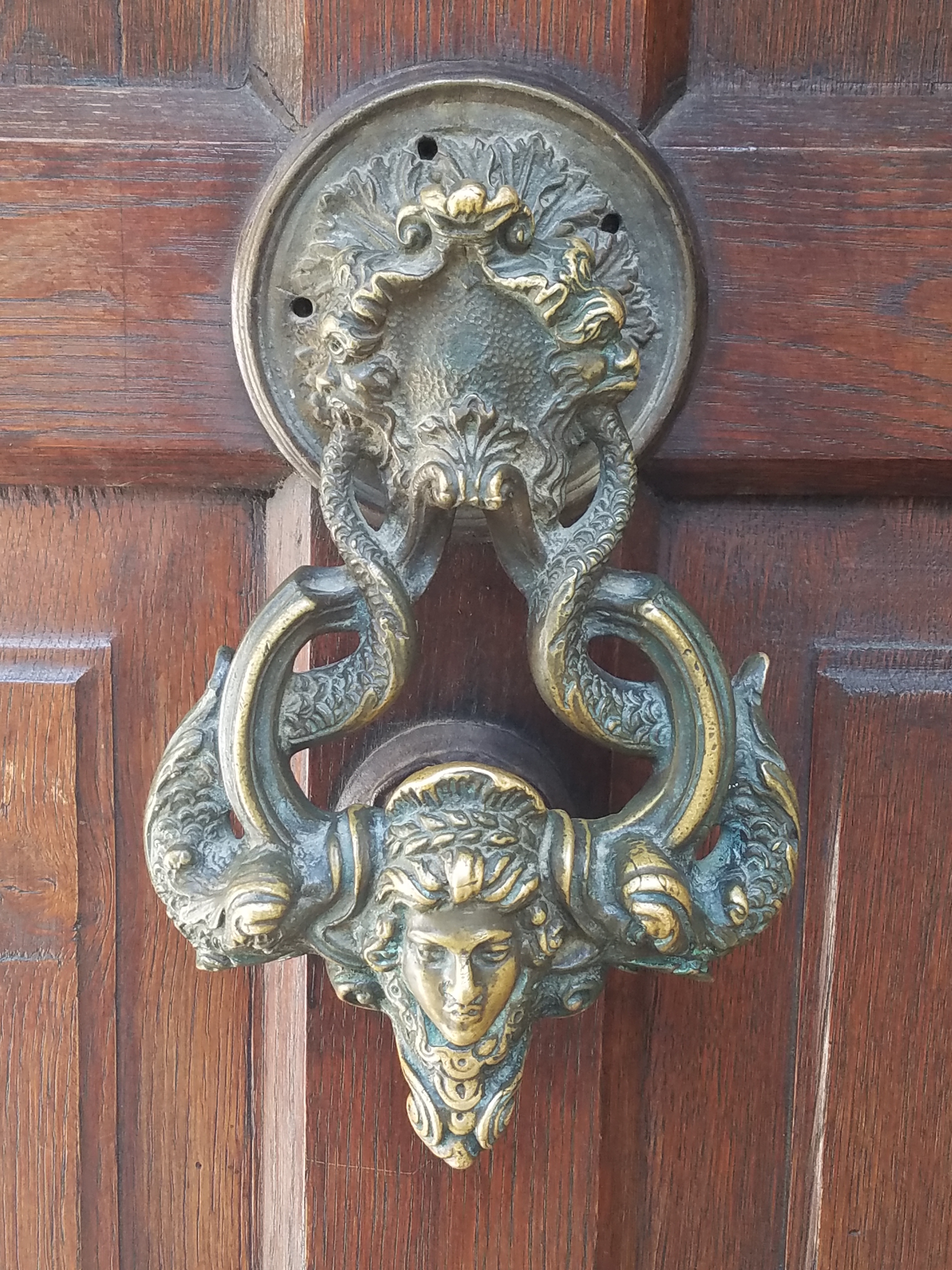 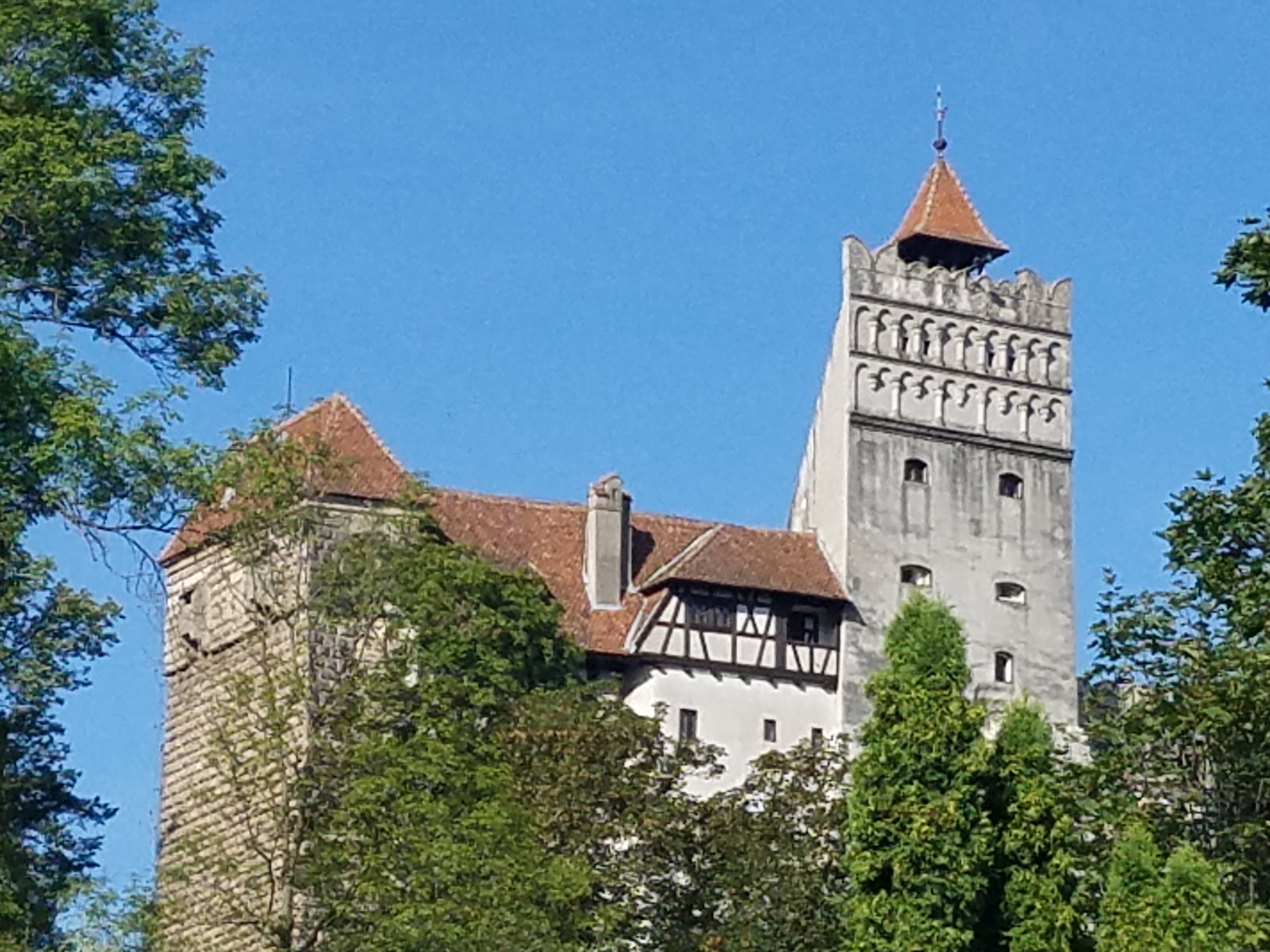 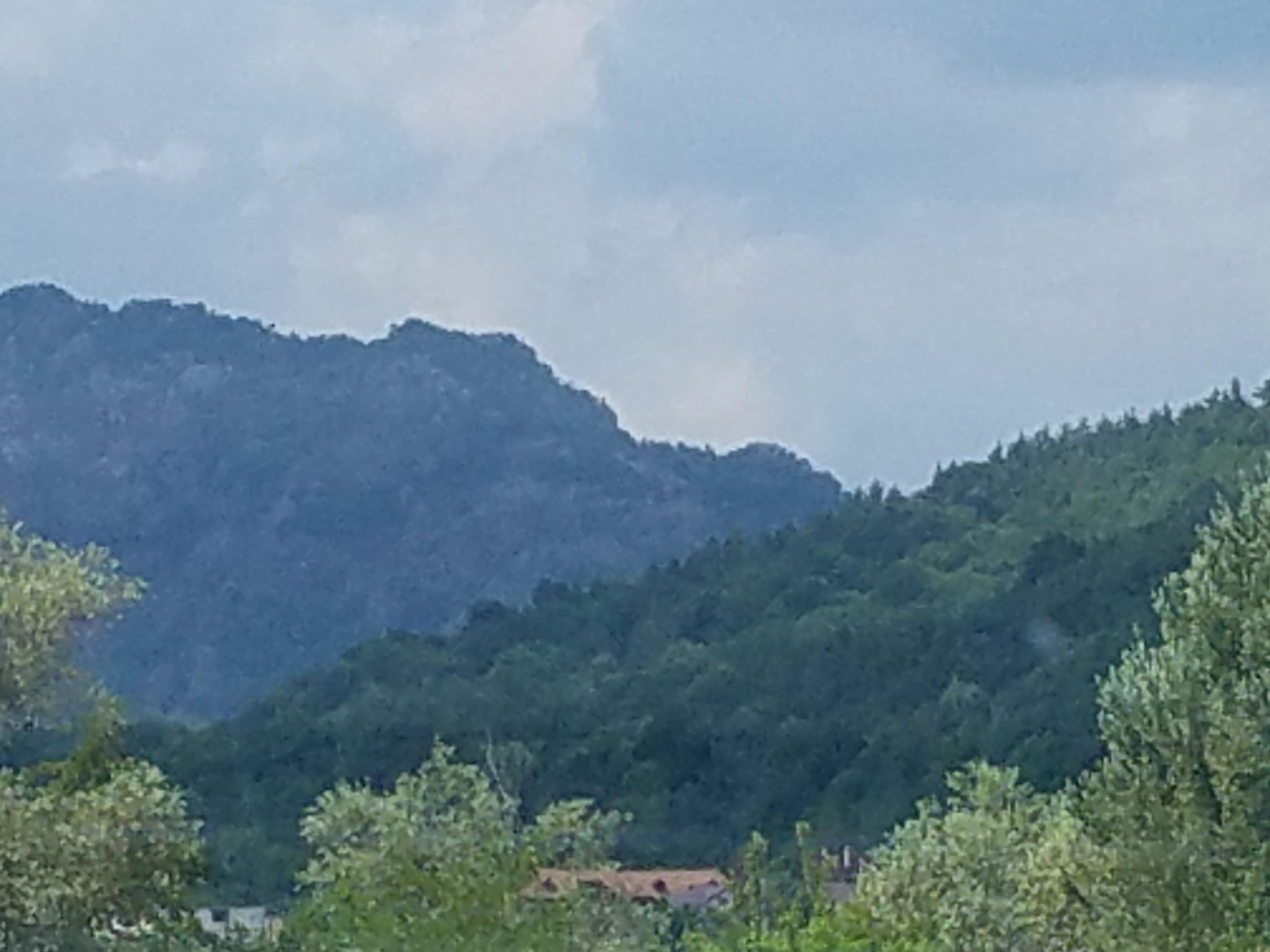 Again, thanks to George and his son Condrit for their hospitality and for showing us the special places in Romania.

His operation is legit. In addition to my wife and I, there was a hunter from Illinois, USA and a couple of doctors from Spain that were hunting with George's company at that time in Carei. He was a great host and has a number of hunts offered throughout the country. I am planning on going back in November of '21 for a chamois and boar hunt with him. I communicated with him using WhatsApp and his cell phone.

I was planning to take my firearm with me, but chose to leave it behind when I discovered a mistake on the import papers signed by the Romanian officials.

Iberian and American were going to be no problem to take it in from DFW via Madrid to Bucharest. Because of the timing we had to come back through Heathrow on British Airways. BA was going to charge quite a bit to bring it back through London and you have to make special notifications to the company via telephone in advance to carry a firearm on BA. Regardless of the airlines, remember to pack ammo and rifles separately.

Also, I have a semi-automatic Remington 742 Woodmaster 30-06 rifle I wanted to use. I had to get a small capacity magazine, as a standard 3 to 5 round magazine is not legal to hunt with in Romania (or other European nations as I am told). I ordered a 2 round magazine online and was ready to go until I noted that the Romanian officials had made a mistake on the paperwork. Rather than lose my rifle in a foreign customs station or spend extra time waiting for the problem to be corrected at the airport, George and I thought it was prudent to just use his rifles, which worked out fine- his professional hunters had good rifles to use.

You should always follow the cardinal rule to take any rifle out to the range before hunting to familiarize yourself with it and make sure it is sighted in properly. When in Africa a couple of years ago, I am glad I took my rifle out to sight it in as the moving around over the Atlantic had knocked it off by 8 inches at 100 yards. At that range, with sights like that, it is easy to miss one of those little roe deer completely.

Good luck, it is a beautiful place with plenty of game.

Thank you for your report.
I just asked for reviews on another thread this morning.

Congrats for a great experience !

Texted with George today via WhatsApp.
Made me a deal I won't be able to refuse.
Super nice guy

Those Roebucks are fantastic, Romania looks like a wonderful place to hunt. Congrats on a great trip.

Mark can said:
I just returned in September 2020 from Romania where we hunted red stag and chamois with Carpathian hunting b&d and can honestly say a trip of a lifetime the Carpathian Mountains just breathtaking a hard hunt but just unbelievable and trophies great just can’t wait to return in 2021 already in discussions about hunting roe buck also
Click to expand...

Who did you hunt. Price, quality of game, B&B , city, airport etc .Thanks Larry

Wade J VanGinkel said:
Texted with George today via WhatsApp.
Made me a deal I won't be able to refuse.
Super nice guy
Click to expand...

When are you going to Romania? Any info would be appreciated. Will be at our cabin near west chicago creek campground (Idaho Springs) . Maybe we can meet sometime. Thanks Larry

smokepole said:
Who did you hunt. Price, quality of game, B&B , city, airport etc .Thanks Larry
Click to expand...

Hi there Larry hunted with Carpathian hunting b&d. would highly recommend absolutely amazing time I’m returning this September hopefully COVID allowing. I think four days hunting was 900euro plus the two stags I shot were around 1900 euro each they were 8kg can honestly say lovely people could not have done any more for us thanks Larry regards mark

smokepole said:
When are you going to Romania? Any info would be appreciated. Will be at our cabin near west chicago creek campground (Idaho Springs) . Maybe we can meet sometime. Thanks Larry
Click to expand...

Our hunt is booked for early September next year. I think we're in at $3800 each for a red stag and roe buck. I'll have to double check but that's the max for cost.
You must log in or register to reply here.