The first fifteen years of the 20th century saw more useful cartridges developed than possibly any other era of modern ballistics. The jacketed bullet had been universally accepted, and the age of black powder was all but over. With the advent of African safari, the requirements of the rifle, and its bullets – which were growing increasingly smaller in size – grew to unprecedented levels. It was, literally, uncharted waters, with regard to the accepted minimums for the dangerous game animals that more and more hunters found themselves faced with. The four-bore muzzleloaders and even the .450 Nitro Express, developed as a black powder cartridge, had been bested by the advent of the ‘modern’ cartridges. Names like Westley Richards, Gibbs, and Holland & Holland would soon be on the tongues of all serious hunters on the African continent, but equally placed among those would be the firm of John Rigby & Company. 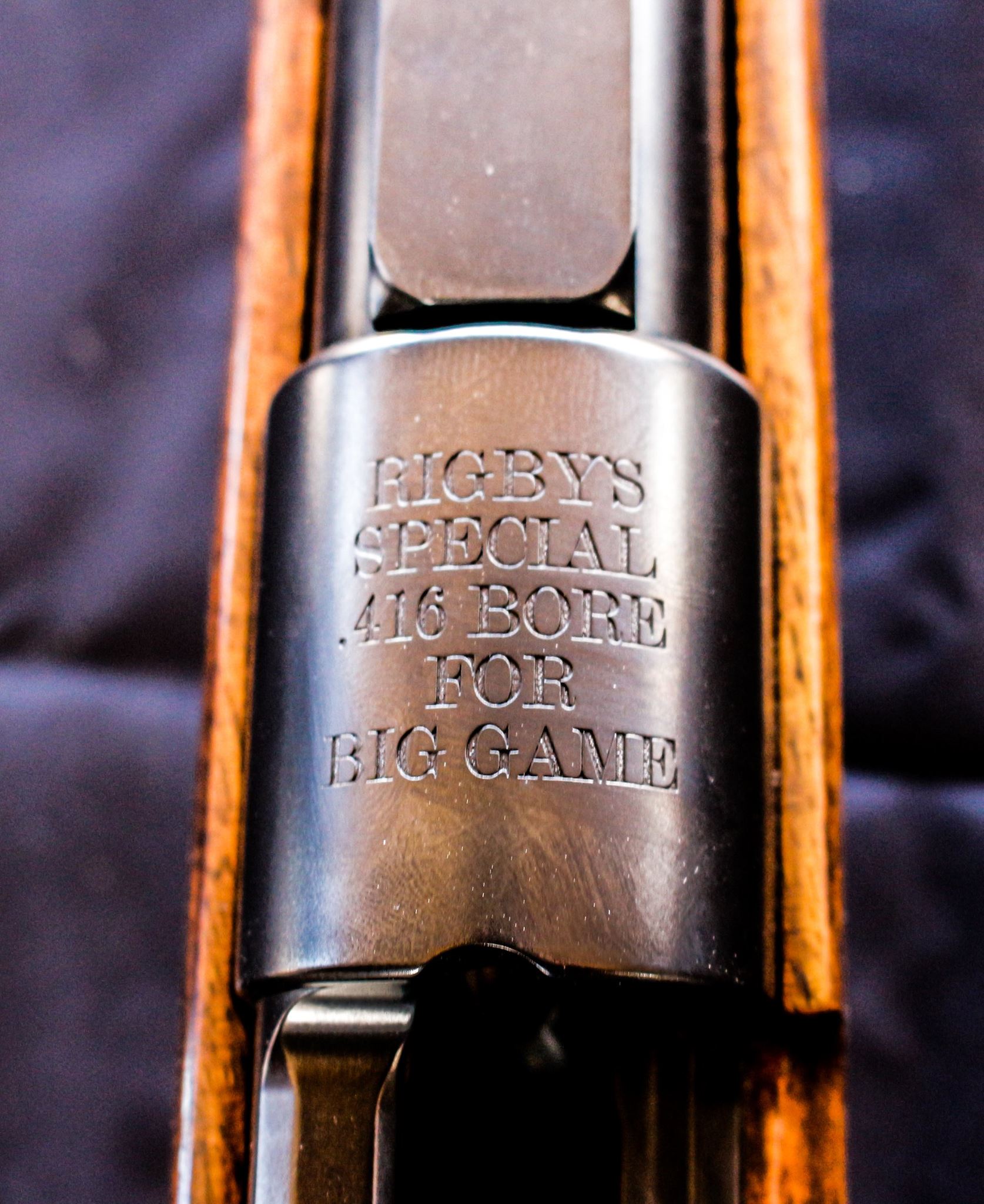 1911 saw the release of a proprietary cartridge; a cartridge with an as of yet unheard of bore diameter: the .416 Rigby. Using a nominal bullet diameter - unlike many other cartridges of British origin – the .416 Rigby was designed to push a 410-grain bullet, soft point and solid, at 2,390 fps, for just over 5,000 ft.-lbs. of muzzle energy. This combination resulted in an immediate success; the high sectional density of the .416’s bullets, combined with the sensible velocity that the Rigby generates, gave near-perfect results on any and all game animals, irrespective of continent or hemisphere. The propellant of the day was cordite, a nitro-cellulose based ‘gun powder’ that came in long, thin extruded strands, cut to length to best work in a particular cartridge. It easily bettered the velocities of black powder, yet it had one small fault: it was extremely sensitive to changes in temperature. To combat that effect – which had some other classic cartridges firmly stuck in the chamber after firing, and that doesn’t bode well in the face of elephant, rhinoceros and buffalo – John Rigby & Company designed a cartridge so voluminous that it would run at very low pressures, irrespective of latitude or temperature. While the volume of the Rigby case would later be seen as, well, unnecessary to future generations, it undoubtedly played a huge part in the success of the cartridge, especially in those early years of African safari. The 410-grain slug has a very high sectional density figure – 0.338 – and that bullet shape guaranteed the reliable penetration that the .416 Rigby is famous for. The .416 Rigby uses a case measuring 2.900”, with an overall length of 3.75”, requiring a magnum-length Mauser action.

In the hands of such famous hunters as John ‘Pondoro’ Taylor, who would extol its virtues in his now classic African Rifles and Cartridges, the .416 Rigby developed a fervent, yet small, following. Undoubtedly, the writing of Robert Ruark, particularly in his recount of his first safari in Horn of the Hunter, launched the .416 Rigby to a position of superstardom; his tales of then-young Professional Hunter Harry Selby, who came to rely upon a battered .416 Rigby when his big double was destroyed by an errant Land Rover, cemented the reputation of both the cartridge and bore diameter for generations to come.

The demise of Kynoch ammunition – the supplier of a great deal of ammo for the classic British cartridges – didn’t help the .416 Rigby during the ‘dark years’ of safari, where hunters were limited to choosing between a .375 Holland & Holland and a .458 Winchester; mostly because those two cartridges were available in the American rifles, and as a result, there was American ammunition readily at hand. However, the faithful hunters that loved the .416 Rigby hoarded the dwindling supplies of ammunition, and continued to hunt with their beloved cartridge. In the grand scheme of things, it bridges a gap between the .375 H&H (which is, perhaps, the most versatile of cartridges, if a little on the light side for the biggest game) and the .45 caliber rifle cartridges (which make for true stopping rifles), by giving the ‘best of both worlds.’ The .416 Rigby can easily reach out and take a kudu at 300 or more yards, yet the 400-grain bullets will stop a buffalo or elephant with a visually noticeable difference when compared to the .375 bores.

While there would be those wildcat and standard-issue cartridges who would make an attempt to threaten the validity of the Rigby design, with its huge case and steep 45° shoulder; the history and nostalgia of the .416 Rigby has seen a reign of over a century, with no end in sight. The payload has been standardized to a 400-grain slug at an even 2,400 fps, setting the benchmark for dangerous game rifles of this class.

Norma has seen fit to offer a new twist on the Rigby design: a 450-grain bullet at 2,150 fps, for 4,620 ft.-lbs. of muzzle energy, taking full advantage of the characteristics of a case of this proportion: with this load, the .416 Rigby becomes a better ‘stopping’ rifle, if you will, performing very well at the short distances that the thick-skinned, dangerous game is taken. The pair of Woodleigh bullets that Norma loads – the 450-grain softpoint and the 450-grain Woodleigh full metal jacket ‘solid’ bullet – have a stellar reputation in the big game fields. I’ve shot the pair of them, albeit at targets and not yet at live game, and I can attest to their accuracy. I don’t think much would be needed to affirm the fact that they will work in the field. 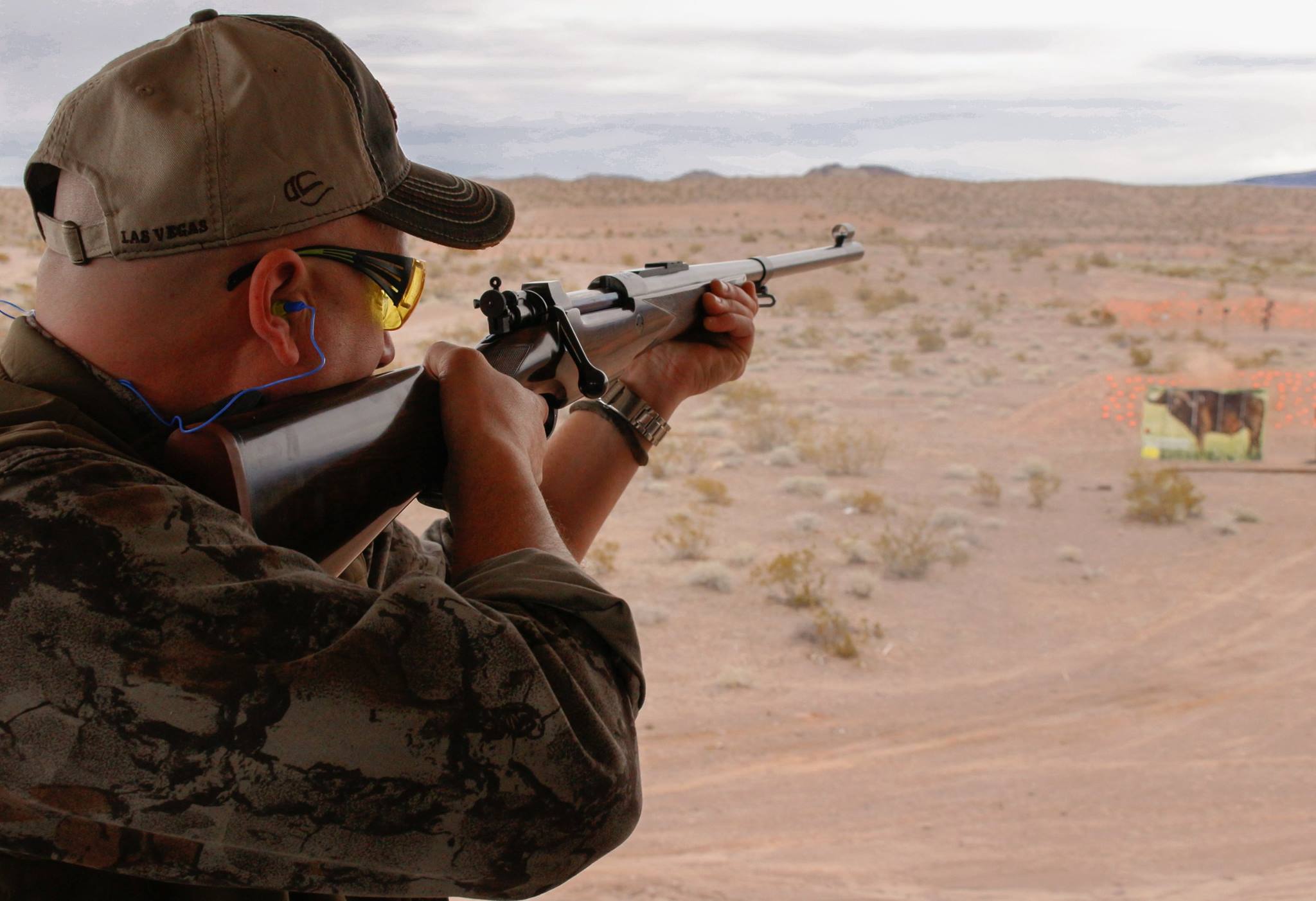 Norma also recognizes the validity of the 400-grain load to this day, offering the fantastic 400-grain Swift A-Frame at 2,350 fps, and this load is an excellent choice for any game on earth, save the African elephant. I have used this bullet, in a different .416 platform, with very good effect, on Cape buffalo, and many smaller plains game species, and can vouch for the effectiveness of both the bullet design and its capabilities at this velocity.

Should you prefer a different sort of 400-grain bullet in your Rigby case, or even the lighter 325 or 350-grain bullets, Norma offers what I consider to be the best component brass available in the market; it is annealed, so it stays soft for many firings, and the dimensions are consistent enough to nearly load them out of the box, with little or no work. The Rigby case can easily hold over 100 grains of powder, so you’ll want a good, reliable magnum rifle primer. One of the benefits of the Rigby case, in comparison to some of the bigger cases, is that its recoil is manageable. Yes, its recoil is considerably more than the .375 H&H or .404 Jeffery, but once a hunter learns how to properly handle a .416 Rigby, the recoil becomes irrelevant. I’ve found the .416 Rigby rather easy to load for; you’ll need a substantial amount of slow-burning powder, but the results can be eye-opening. I’ve had several .416 Rigby rifles that will print sub-MOA groups when using Norma brass and good handloads.

A 105-year veteran of the toughest hunting there is – African safari – I feel that while there are many good alternatives available, the .416 Rigby has the characteristics and history to stay around for another century. Simply put, it’s effective, it’s reliable, and it’s cool. What more do you need in a cartridge? Thank you, John Rigby & Company, for a proven winner.

Norma-USA - Norma has your back with your complete line up of precision ammunition
Website www.norma-ammunition.com
G

Yup. I'm a fan. Only paper targets so far, but big FUN playing with handloads; like original Barnes X @ 2900. 450 Woodleigh can run at 2150 comfortably, probably more, but why?

We should have a list of "cool" cartridges. To be cool, it would have to be effective and reliable, as Normal says (a necessary but not sufficient condition), but it needs something else, a difficult-to-describe factor that I call it "I know it when I see it." Not a great test, but happy to go with it for now!

Like so many others who read this forum, I have a desire to own and hunt with the 416 Rigby chambered in a real Rigby rifle. Unfortunately, I live in New York and have contracted "New York-itis". Hence, I hunt with Blaser rifles because baggage gorillas and thieves are unaware that there is a rifle in my bag. They can't steal it, if they don't know you have it.
So I am relegated to using a 416 Remington, a good cartridge, I have no complaints, but would love to kick it up to a "cool" Rigby.

From my understanding of your situation, you're blessed being able to own your Blaser; well done,
and great hunting.

Will take my RSM .404J on its first hunt this July. And hope to take my RSM .416 Rigby on a hunt before I either get too old or too broke. Unfortunately for me, not likely to own a Rigby Big Game. But you never know.....it's not over till the fat lady sings!

sierraone said:
Will take my RSM .404J on its first hunt this July. And hope to take my RSM .416 Rigby on a hunt before I either get too old or too broke. Unfortunately for me, not likely to own a Rigby Big Game. But you never know.....it's not over till the fat lady sings!
Click to expand...

Wher3 you going and what are you after this year my friend?

CAustin said:
Wher3 you going and what are you after this year my friend?
Click to expand...

Back to Pieter's on July 1 for a buffalo cow and a wart hog, which I didn't get last year.

sierraone said:
Back to Pieter's on July 1 for a buffalo cow and a wart hog, which I didn't get last year.
Click to expand...

Felipe, you, I and many others can enjoy the benefits of the 416 Rigby cartridge without the cost of owning a bespoke Rigby rifle. Thankfully many other manufacturers produce affordable rifles in great calibers like this.

May God bless John Rigby, Bill Ruger, Peter Paul Mauser, and all those others who allowed us to enjoy their genius.
Good hunting, @sierraone
R

Hava a 416 Rigby CZ 550 what are your thoughts on the Barnes bullets 400 GN solids and tsx's for Africa Hunting anybody?

MartyJ said:
Like so many others who read this forum, I have a desire to own and hunt with the 416 Rigby chambered in a real Rigby rifle. Unfortunately, I live in New York and have contracted "New York-itis". Hence, I hunt with Blaser rifles because baggage gorillas and thieves are unaware that there is a rifle in my bag. They can't steal it, if they don't know you have it.
So I am relegated to using a 416 Remington, a good cartridge, I have no complaints, but would love to kick it up to a "cool" Rigby.

Sent from my SM-G930T using Tapatalk
Click to expand...

Having owned both a original Rigby .416R and a reproduction of same, hands down the original is a better rifle unless you want a safe queen. I only own one of the two now guess which one?