This is one of those "learn something new every day" scenarios. Was at the range and a fellow was shooting a Remington 798. It was a Zastava, Serbia made controlled feed Mauser style action in 30-06 imported by Remington during the '70s. I had never heard or seen one of these before. I'm curious as to the accuracy of these rifles. It certainly was a good looking gun with a laminated stock and highly polished blue action and barrel. I'm considering buying one but before I do, I'd like to hear anyone's comments or experience with them.
"Every man dies. Not every man really lives". William Wallace

I don't own one, but i did notice the same pretty gun on the next bench over at the range a few years back-the owner let me shoot it (as I too was dialing in not one but two .300 Win Mags-mine and my son's.) I was impressed-it was essentially a more modern, updated version of the older Interarms Mark X. Using the other shooter's factory Win ammo, it printed 1.5" groups. Throwing in 3 of my handloads, it too shot 0.5" groups. Both use the Mauser 98 action, but I believe the Mark X was from the 70s and the 798s manufactured in the mid-2000's. Dare I say, I'd take the factory 798 over the 700 anyday! Win also has some interesting modern M70s made over in Europe that are pretty nice as well.
"I never knew of a morning in Africa when I woke up and was not happy." -E.H.

I’ve got a zastava model 70 in .375 that’s a good rifle finish leaves a little to be desired but functionally its very well made.
Those who hammer there swords into plow shears will plow for those who don't.
M

The models from 70-ies, most probably will be m70, which is still in production.

For models in post war production 1991 and later, sporting, hunting rifles of Zastava are known to be of lesser quality. (rough bolt, misaligned drilled and tapped scope basis, on occasion,,etc)
However, I am not sure of the new models quality after they opened Zastava USA import subsidiary. Quality products for american market might be improved?

For model m70, from popular culture there is an interesting forward is in the book "Serbian and Yugoslav Mausers", by author Branko Boganovic. (he is the biggest authority on subject of history of firearms in Serbia and ex Yugoslavia) Book can be ordered on amazon or elsewhere. 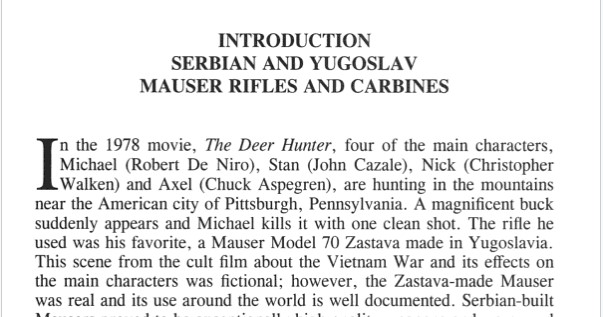 The Rem 798 and other Zastava's shoot way better than their price point would indicate.

I have seen one 798. The owner was of the opinion they spent more time on the finishing and smoothing of the actions actions destined to be sent ro Remington for 798 builds.
Chris “Australia"
Dreaming of Africa, Hunted Africa, 2020
The website made me do it!
D

mark-hunter said:
But it is not true Mauser style rifle.
Click to expand...

Are you saying the 798 isn’t CRF?
Stay away from that thar wheelbarrow, you don’t know nothin about machinery.
M

Dwight Beagle said:
Are you saying the 798 isn’t CRF?
Click to expand...

Gotcha. I’ve always known the 798 is CRF and assumed the 799 was too. It wasn’t until recently I found the 799 is push feed.
Stay away from that thar wheelbarrow, you don’t know nothin about machinery.

?
Stay away from that thar wheelbarrow, you don’t know nothin about machinery.

I have the Zastava in 458 . It shoots very well. I have seen many for sale recently that do not have sights, not sure why one would want a 458 without, but I guess they must sell them.

The Remington 798 is a very good rilfe. Remington imported stock and cannon and ended up building the 798.
"Only cheap things can be bought with money ..."
J

I have a 30-06 798 SPS (synthetic stocked variation) and we went to the range for the first time yesterday. I bought it obviously used but reportedly unfired and I'll tell you what, it loved Federal Premium Trophy Bonded. Definitely 1 inch or better groups. Not bad for a $250 gun.
E

I've had a 798 laminate version in 375hh for a couple years now. Very accurate and issue free rifle. Thought of getting a M70 or CZ in 375, but the Remington does exactly what its supposed to.

I have one in 30-06 that I bought a little while ago with a synthetic stock. I looked around for a little bit trying to find a used wood stock, but ended up buying one from Boyd’s. I unfortunately haven’t been able to shoot it yet. The trigger is pretty good and I think the finish is fine, especially for $350 dollar rifle. I am pretty sure this rifle is going to Botswana with me in May. 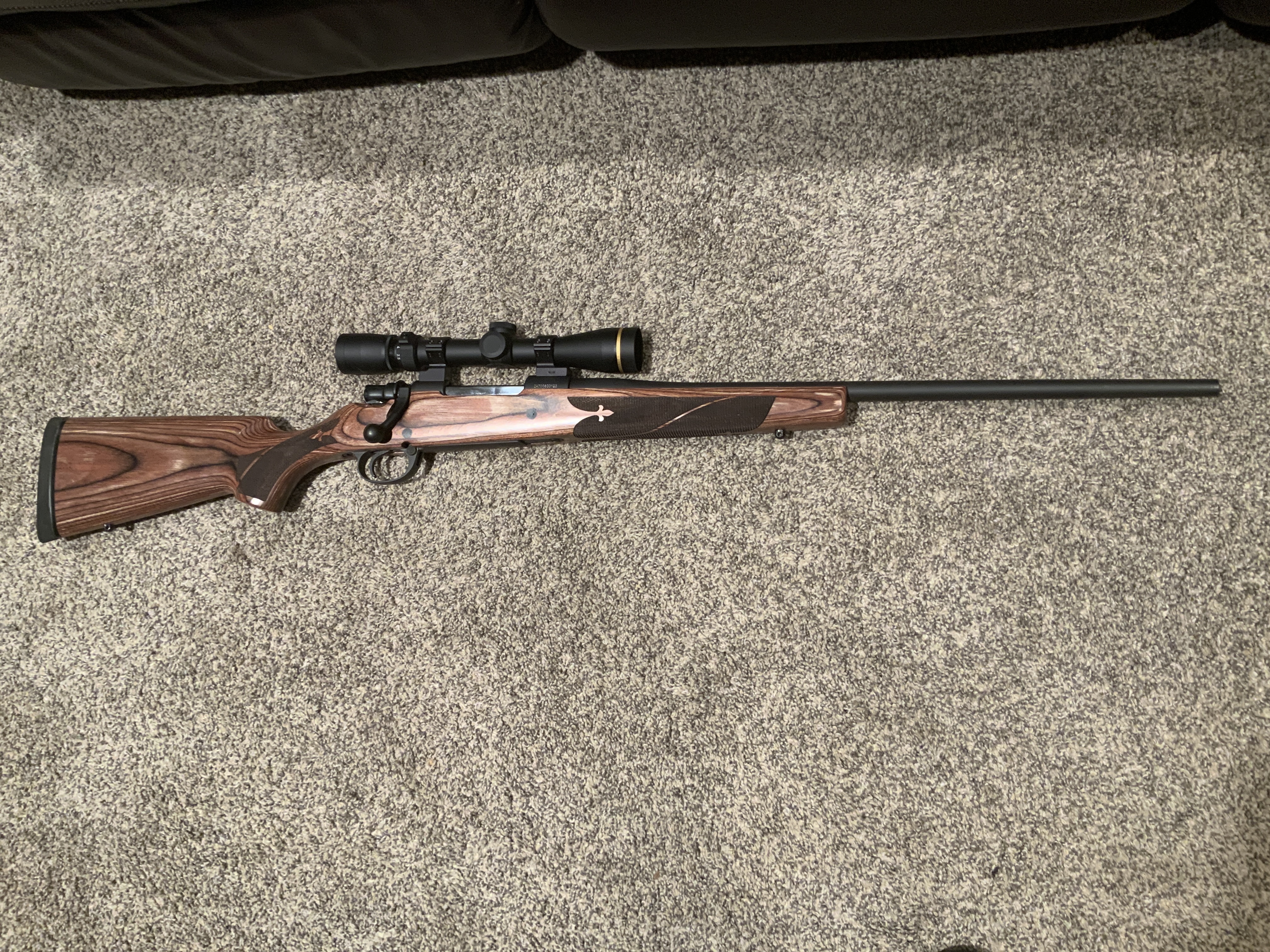 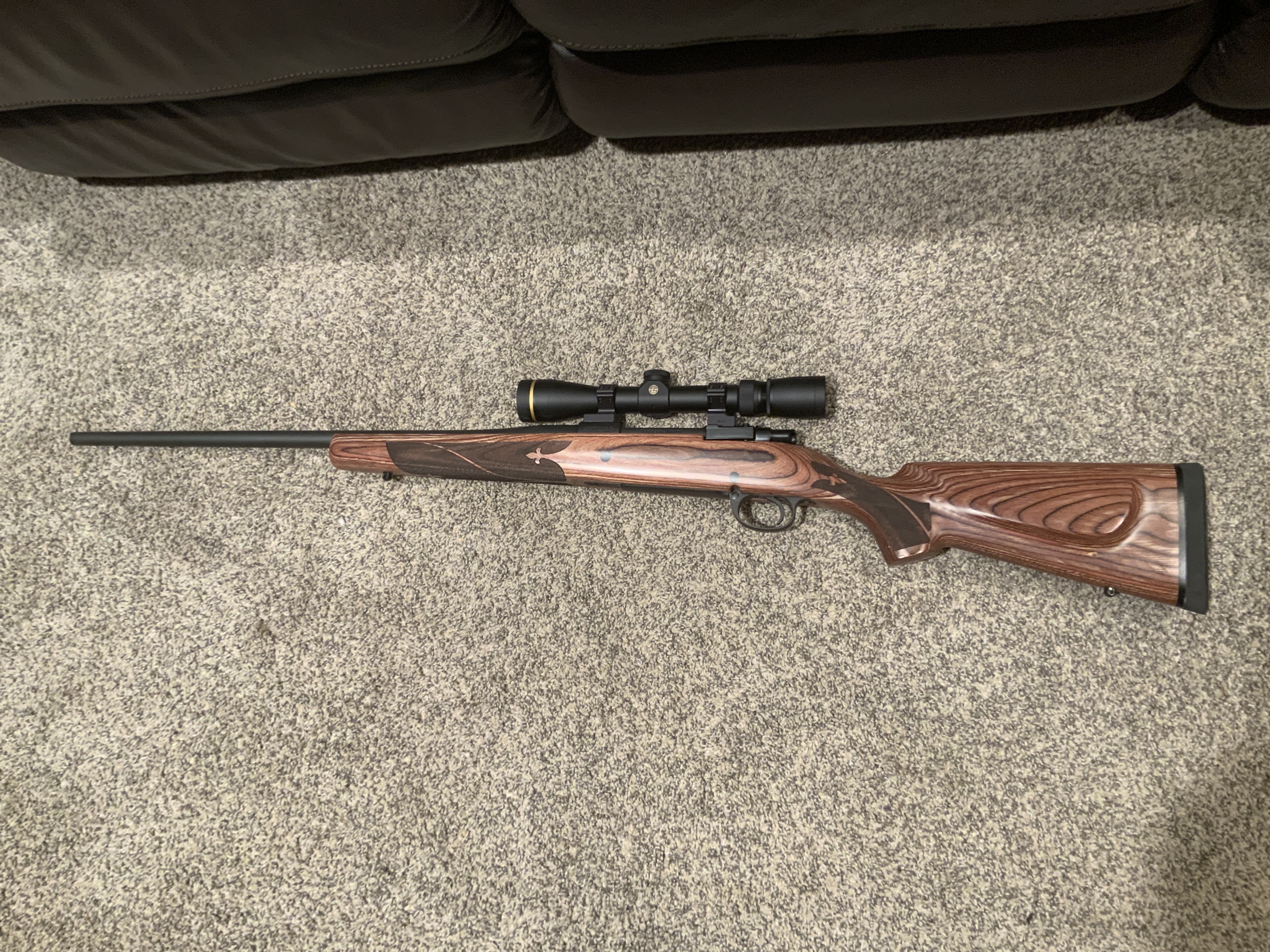