As many of you have heard Labrador closed it's caribou season this year and at this time it appears they will not open for the 2011 season. This has lead to many questions from hunters regarding the Quebec caribou hunts for next season.

I just got off the phone with Alain Tardif, owner of Leaf River Lodge in Northern Quebec and have been given a good overview of the caribou issue. Laval University in Quebec finished up an extensive study on the Leaf River and George River herds on Friday. The Leaf River herd appears to be in good shape. The average size of the caribou was up a little over previous years and female to young ratio was up as well. In addition it appears as though the herd is actually growing in numbers. The issue,(lack of caribou) suffered by some hunting operators seems to be location of the herd rather than the numbers. The climate for the past two years in Northern Quebec has been unseasonably warm delaying the migration of the herds. There has been a few outfitters that have had camps in the southern range of the caribou that are now closing their operations.


Leaf River Lodge is one of the most northerly located outfitters in Quebec, (250 miles north of Lake Pua, or Caniapiscau) and until this year has never experienced a lack of caribou in their area during the season. This year they were forced to close their most southerly camps due to the lack of caribou, and operated strictly out of their main lodge on the Leaf River itself. This allowed them to still maintain a high success rate but was costly do to the added expense of floatplanes required to move the clients.


On November 19th Alain will be meeting with the government of Quebec in order to get the details regarding changes, if any. that will affect next years season. One of the changes that is possible is the reduction of the two caribou per hunter limit down to one. The caribou season stay open until October 30th but they have never offered hunts beyond the end of September due to the harsh weather. If the weather pattern continues to hold it appears they will be offering hunts until October 15th for the 2011 season.
I do not have any comprhensive info on the George River herd at this time but will provide updates as soon as I have anything to share.

Thanks Tim for this insight. Here is from a press article dated September 11, 2010.

ST. JOHN'S, N.L. - The Newfoundland and Labrador government has brought in tough restrictions on caribou hunting in light of a serious decline in the size of the George River herd in Labrador.

Environment and Conservation Minister Charlene Johnson said Tuesday that the "current liberal hunting regulations are not sustainable" and the census illustrates the need for immediate conservation measures.

The licence transfer system allowed for any Labrador resident to transfer their licence to kill two caribou to any resident qualified to hold a big game licence.

Additionally, the allowable limit will be reduced to one caribou per licensed hunter from the current limit of two.

The province said it will also establish a committee to review whether additional conservation measures may be required in the future.

I spoke with Alain Tardiff, (owner of Leaf River Lodge) this morning who attended the Government meeting in Quebec yesterday. Although no official decisions were made, the concensus is that they are making no changes to the bag limits,(two caribou per hunter) or anything else for the 2011 season regarding the Leaf River herd hunts. Based on the study by Laval Univerity in Quebec he government seems to be more concerned over the condition of the George River herd which migrates from Quebec to Labrador, as opposed to the Leaf River herd.

I have been discussing organizing a caribou hunt with a friend. Does anyone know how the herds are doing? His thought is to drive up and hunt in Northern QB.
"When my friends tell me that I have led a remarkable life, I have to admit having done my best to make it so" - John Kingsley-Heath

Pheroze said:
I have been discussing organizing a caribou hunt with a friend. Does anyone know how the herds are doing? His thought is to drive up and hunt in Northern QB.
Click to expand...

The herds are one of the most well researched and studied on the planet. The government website is a great resource to know what is going on with the herds.

The current location of one of the herds
http://mffp.gouv.qc.ca/english/wildlife/maps-caribou/pdf/Map_160215_E.pdf

That's fantastic, thanks
"When my friends tell me that I have led a remarkable life, I have to admit having done my best to make it so" - John Kingsley-Heath

Wayne you never stop amazing me with how knowledgeable you are! Have you ever hunted this animal?

I just have one question...is satellite tracking still hunting.. 
"When my friends tell me that I have led a remarkable life, I have to admit having done my best to make it so" - John Kingsley-Heath

i used this tool when i went for caribou, sure helps the time pass by as you sit and wait for the hunt to happen. Would have to say a most amazing hunt in the middle of nowhere.

CAustin said:
Wayne you never stop amazing me with how knowledgeable you are! Have you ever hunted this animal?
Click to expand...

I researched the hell out of it a few years back in prep for a hunt. I have not done it yet. One of these days.

Wayne it is a hunt that I think I would like to do with a rifle! I understand the meat is good and the mounts I've seen done are exceptional.

The meat is excellent and they are a Northern icon.

I went to the NWT over 10 years ago with BuffyBr, one of the best hunts ever in my life....honestly I don't think I can top that caribou hunt.

Daunting logistics. The season is Dec to January with temperatures between -10C and -25C. Precipitation is very likely. Looks like we would want to get in for the first two weeks of December. Hunting at that temperature poses it's own serious issues. Could you even use an ATV or only a snowmobile? Retrieval and field dressing the animal would be challenging. This is a very interesting hunt for sure. I can hear the folks from Alaska laughing at me...
Last edited: Feb 29, 2016
"When my friends tell me that I have led a remarkable life, I have to admit having done my best to make it so" - John Kingsley-Heath

ATV's are useless if there is any snow.

You learn to process game quick when it is cold outside. Get moving.

At least it is a slightly flatter where the Caribou live. 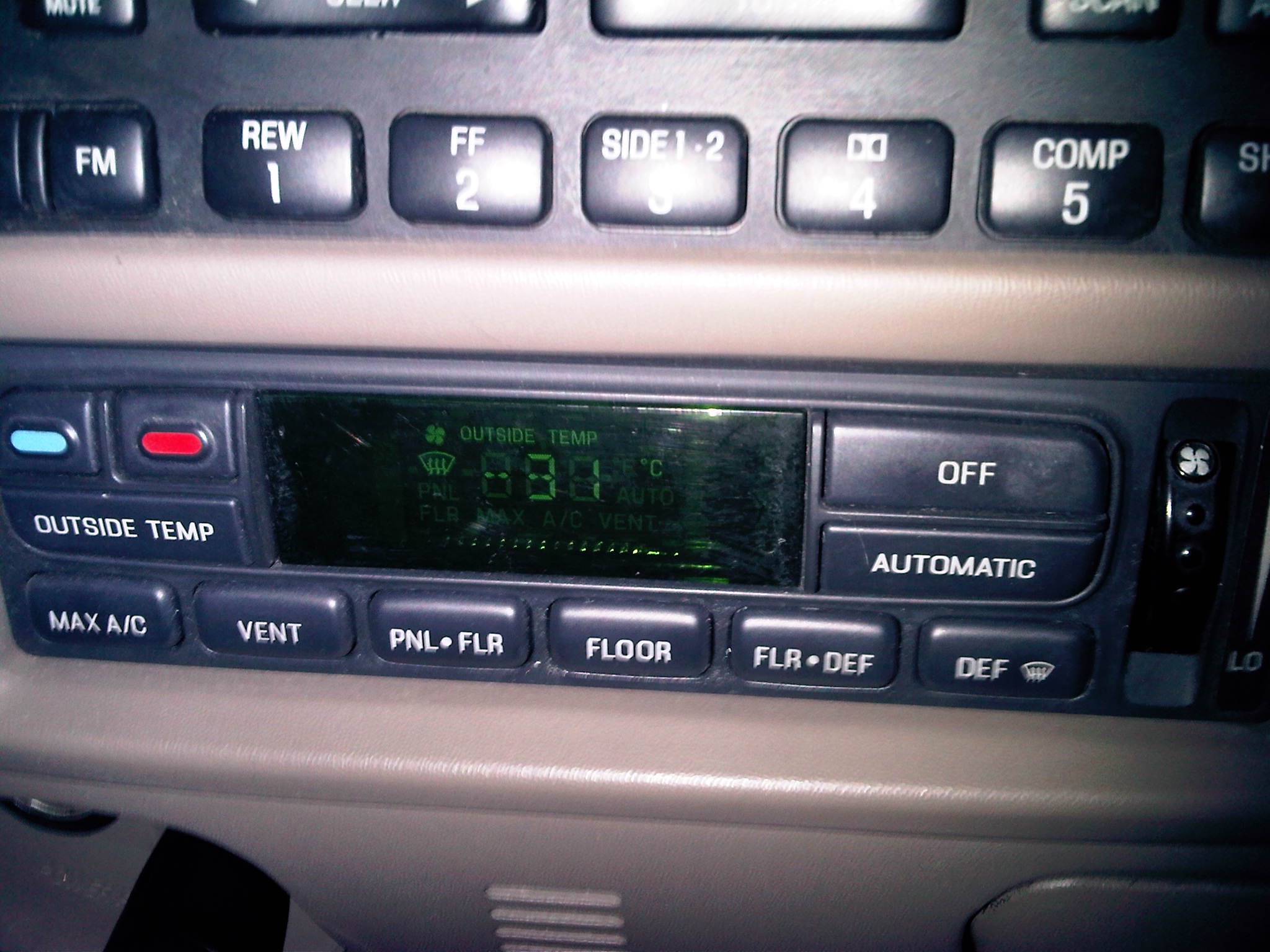 That little dot in the center of the picture way down that coulee is where the deer was recovered from in the above noted temperature. Note the slope on the other side for reference.

I used to live in Winnipeg so I know that when the official temp says -15 you can bet it is much much colder with that wind. Cold is one thing frigid is another! I am not underestimating this for a second.
"When my friends tell me that I have led a remarkable life, I have to admit having done my best to make it so" - John Kingsley-Heath

Pheroze said:
I used to live in Winnipeg so I know that when the official temp says -15 you can bet it is much much colder with that wind. Cold is one thing frigid is another! I am not underestimating this for a second.
Click to expand...

Being in the middle of no where also adds to the danger. Never to be underestimated. Puts a twist in dangerous game hunting!

When i hunted in Quebec for Bou i did it the third week of Nov, just a few days after the winter hunting season started, not a great chance for horns (but still a few holding) but we went for the meat and experience. Something i will cherish just like the first trip to Africa
the logistics of the trip is something worth planning, after the last town we drive through it was 1000km till we got to the lodge, what i found real interesting is that you would drive for several hundred km and then in the middle of nowhere a house with people in it and no neighbors for 100's of kms after
certainly worth doing at least once
You must log in or register to reply here.

V
Caribou hunting in Northern Quebec will be closed in 2018

Quebec to allow caribou herd to die off
2