Dual Leopard Mount
Custom mounts require a lot of mannikin manipulation. The end result of custom mounts are dynamic and hyper-realistic scenes you can relive daily. Here we have two Leopards clashing in mid-air!

If you ask most artists what their favorite project is, it is usually the last one they completed. However, when I look back at over 40 years of doing taxidermy, several projects stand out, but one was a turning point and still remains a favorite — both for the subject matter (Mule Deer) and for the innovative concept that became the vision for Animal Artistry.

I was still working in my garage, and one of my favorite species to hunt was Nevada Mule Deer. I wanted to depict them in motion, so I created two bucks bounding over a dead fall in the high desert. The first buck is landing on one front leg, hind legs trailing. The second buck is at the peak of his arc and suspended off the hip of the buck that has just landed: it gives the appearance that he is completely airborne.

I remember having the concept, but I was unsure how to execute it. Luckily, I had the good fortune of meeting a young welder who knew the kind of materials that would support such a project and agreed to work with me. Getting the first buck landing on his front leg was not difficult, but we still had to bring support through the body of that deer to the hip where we could put in a square stock and suspend the second deer. I remember when we had gone through the process and finally set the second deer on the square stock and everything held — he was airborne.

That mount won People’s Choice at Safari Club, was taken to the Governor’s Inaugural Dinner, and entitled “Silver State Flyers.” We have redone it a couple times since with much better taxidermy, but the first time was so meaningful: it really was the beginning of the Animal Artistry concept of animals in motion.

SHOP PHOTOS: In progress African scene in the works.

We finish the hunt

One of the things we fight constantly when clients are designing or creating a trophy room is windows. There is an understandable desire to want to look out and see nature while being in your trophy room or utilize natural light; however, windows are a BIG problem.

The first and probably most significant problem is any window (even north facing or tinted) lets in ultraviolet rays. Ultraviolet rays bleach and burn mounted animal trophies without exception. It happens gradually, so you do not see it, but it eventually shows itself: the hunter moves his or her animals and sees the damage the sun has done. The sad part is there is no remedy to this — the damage cannot be undone.

The animal trophy below was positioned near a widow for over 15 years. As you can clearly see, the damage to the animal fur from the sun is more than evident.

The animal trophy below was mounted and positioned away from windows and under artificial light for over 25 years. Unlike the above photos, in the photos below, you can clearly see how the animal fur has maintained its color throughout the years.

What we try to teach our clients is your trophy room should be an enclosed space with artificial light that can be controlled. There can and should be a place within the room where you can step outside onto a deck or a veranda and enjoy nature, but the room itself needs to be protected from ultraviolet light. I cannot emphasize this enough: windows cause irreparable damage!

You Are the Client – You Get What YOU Want​

Over the years, we have been able to suggest a lot of creative ideas for custom taxidermy mounts, and many clients defer to us, saying, “You’re the experts, whatever you think.”

What You Want Is What You Get

We Are Here for You

Whatever the case, Animal Artistry loves to give the client exactly what they are looking for. This is what it means to be a custom taxidermy studio. We do not buy a generic mannikin and produce a commercial mount. Each mount has its own personality and is designed for its best attributes and for what you, the client, are wanting.

Just today I spoke with a client on the phone who was disappointed in seeing taxidermy photos of the various Cape Buffalo that were all black. His experience was that they were a different color in real life, and he wanted to see that color in his Buffalo. We were only too glad to accommodate this and work extensively with him to get the color and look he wants.

One of the policies we have at Animal Artistry is that we require kill photos from clients so we can see the unique features of an animal. In addition to those kill photos, we photograph the finished piece and email it to the client prior to shipping. This gives the client the opportunity to look at every facet of the piece and decide if there are things they want changed.

The Takeaway
You are the client – you get what you want. 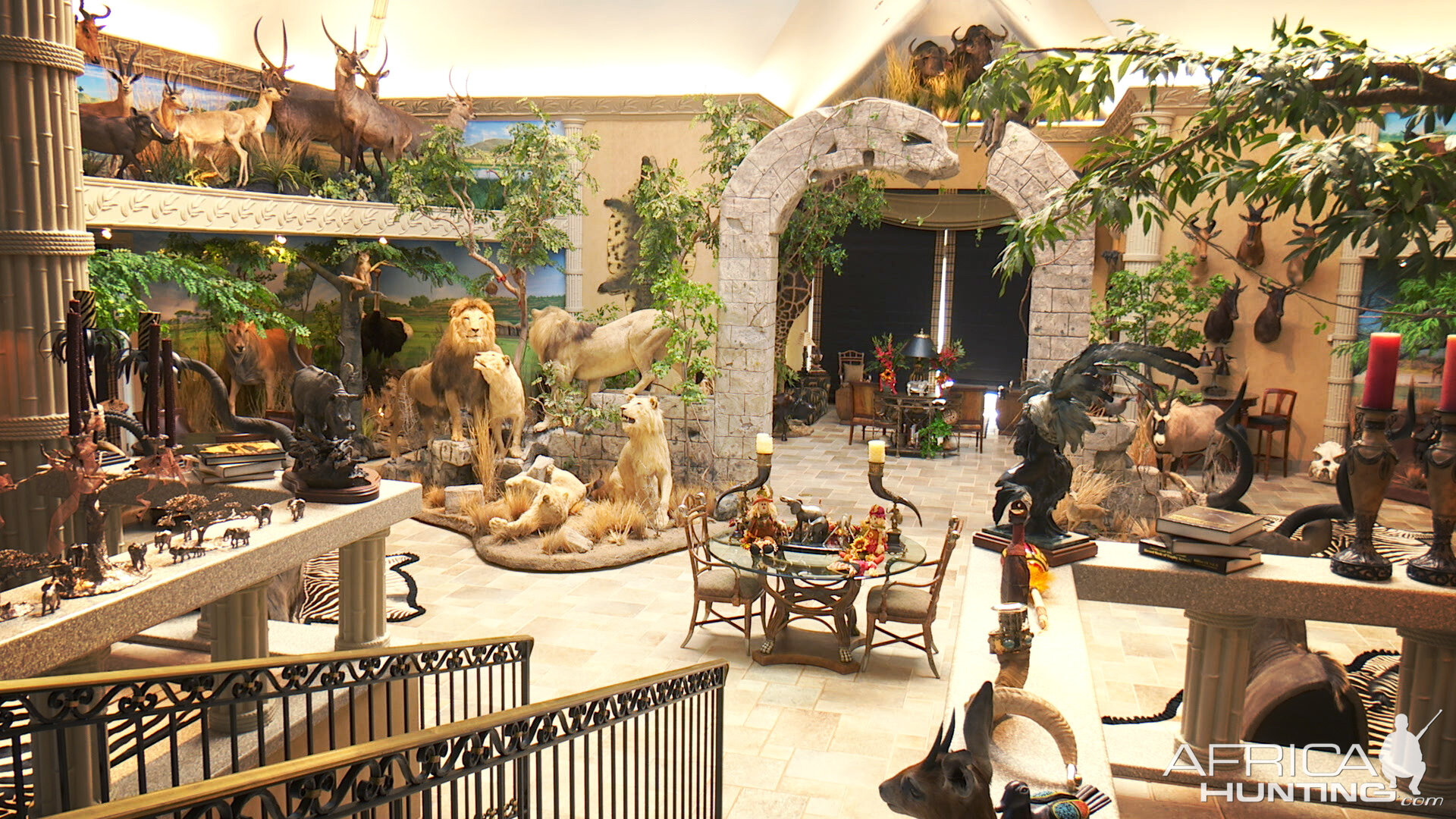 Animal Artistry - We Finish the Hunt

The WAITING is OVER! Take advantage of Animal Artistry's 90-DAY TURNAROUND! No more waiting for your trophy to arrive. Get it done in 90 days -- guaranteed. 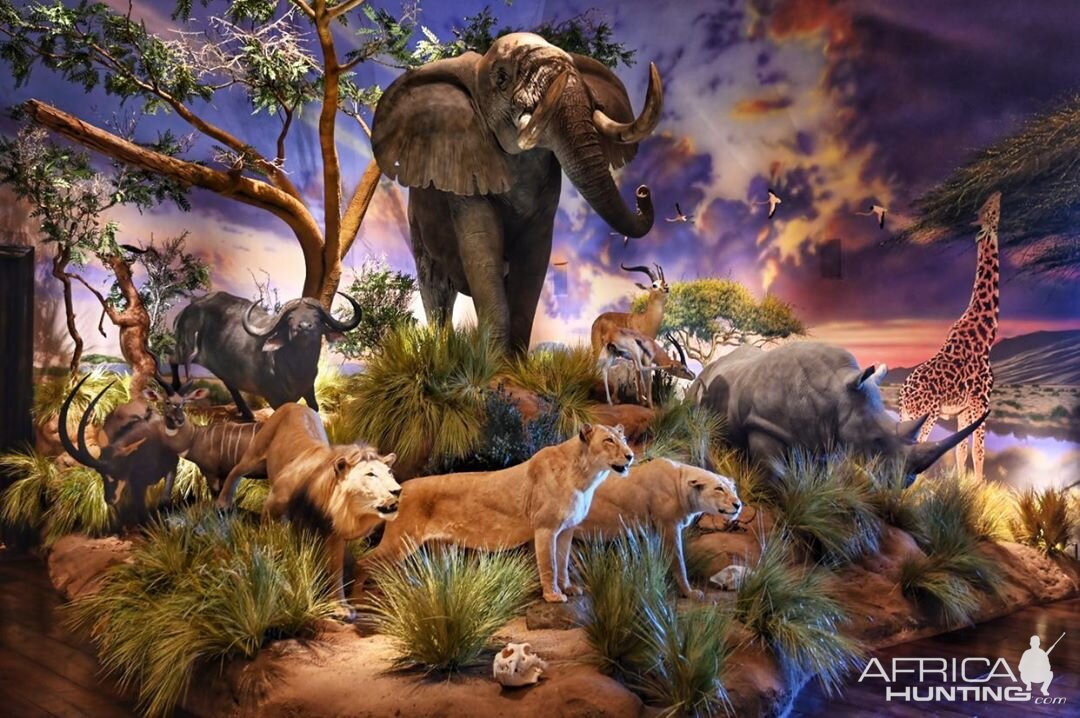 Leopard Rug in the Finishing Department

A Few Moments Around the Taxidermy Shop.

What Does Good Taxidermy Cost?