Does anyone hunt African Porcupines on purpose as part of their trophy list? If you get one, what do you do with it?

Yes.
Mount it.
Use the quills in a number of ways.

I have a full body mount and a bunch of quills.

Do you hunt specifically for them? How? I love the quills!

I believe there is only one way to hunt porcupine specifically, and that's to do it at night. You might see one during the day, but in a bunch of safaris, I've only seen one in daylight. Spotlighting is the typical approach, and it's not a particularly difficult hunt. You will see (or hear the quills rattling) them on the road or close to the road, and they don't move terribly fast. A .22 works best, since you don't need to blow them to smithereens, but really, anything will do. If you don't want to do a full mount, aim for the head if you can see it, otherwise, centre of mass. Bottom line - if you see one, you should be able to get it. I hit one with a .22 twice, and it wouldn't die. The gun then jammed. The porcupine was scuttling into deep brush, so I got off the truck and, holding the gun by the barrel, used the stock to bash its head in. Hunt over.

I have a full mount and have kept the quills from another for a lampshade. As an aside, when I got the parts list form the taxidermist, it said "porcupine skull (broken)". I should hope so, I hit it hard enough!

Is requesting a porcupine hunt get you some strange looks from a ph?

I took one last year on a night hunt with my bow and we were specifically looking for one, I am doing a life size mount. Many outfitters have them listed on their trophy price lists and hunt them regularly with clients. Some areas are way better than others for porcupine.
Bowhunter addict

dmyers said:
Is requesting a porcupine hunt get you some strange looks from a ph?
Click to expand...

No. Not even a little bit. Porcupine is a perfectly legitimate trophy.

Now if you wanted a springhare. . .
I

They can be very destructive to crops as they are mostly vegetarian. The females tend to be slightly larger in body size than males. They love to gnaw on bones and will carry these to their dens and these can be seen when passing close to the dens.

The front part of the head(scull) is actually very thin.

The rattling sound they make when alarmed is actually caused by a collection of hollow quills they have on their tails. These same hollow quills are used to carry water to the den for the young when they are still too small to go out foraging with the bigger parents at night.
Food such as corn is also carried to the den.

When I was a kid we use to hunt many porcupines at night in the corn fields. We would use a stick with a bulge on the front (Knob kierie). We had some trained dogs that would bay the porcupines before they could reach the dens and we would then run up(carefully avoiding the back end) and then with a aimed blow to the head dispatch the porcupine.

I have seen one during daylight hours. It was a smaller/younger animal. We took a few pics and sent it on its way. My last trip to the Limpopo we spot lighted a peach orchard. It was huge, Probably square miles... I killed 2 that night and saw another. No trophy fees. Considered a pest. The orchard owners wanted them gone. I thought they ran pretty fast in the orchard. I got one right at the fence line. It had run several hundred yards, It still had a peach in its mouth when it died. Interesting critters.
Bruce

I shot mine at night off of a bushpig bait. There was a pair of them coming in and eating up the corn ahead of the pigs and my PH wanted them gone. I was very surprised at how excited I got when they showed up and I'll never forget how the porcupine's quills rattled after it was shot...quite a sound! We also released one out of a caracal trap that was far enough away from the bait for it to be a problem. They may not be really fast runners, but compared to our North American porcupines, they run like a deer! Very interesting animals and they sparked an interest in me for hunting the night critters!
"I don't need to shoot farther...I need to hunt closer." - G. Sitton

African porcupines are high up on many African safari trophy lists... I have been fortunate enough to kill 2 with my bow (both in the daytime), and a few more over the years with a small caliber rifle night hunting.

Porcupines are considered a nuisance varmint on many game properties getting into crops and feed lots, so most outfitters are happy for you to remove them when encountered.... One thing for sure is that they are a lot of fun to hunt, and make for beautiful, unusual mounts and lots of other decor and souvenirs can be made from their quills.

I had my first bow kill full mounted, and I have made a lamp shade, picture frames, and many other cool displays from the quills of the others. 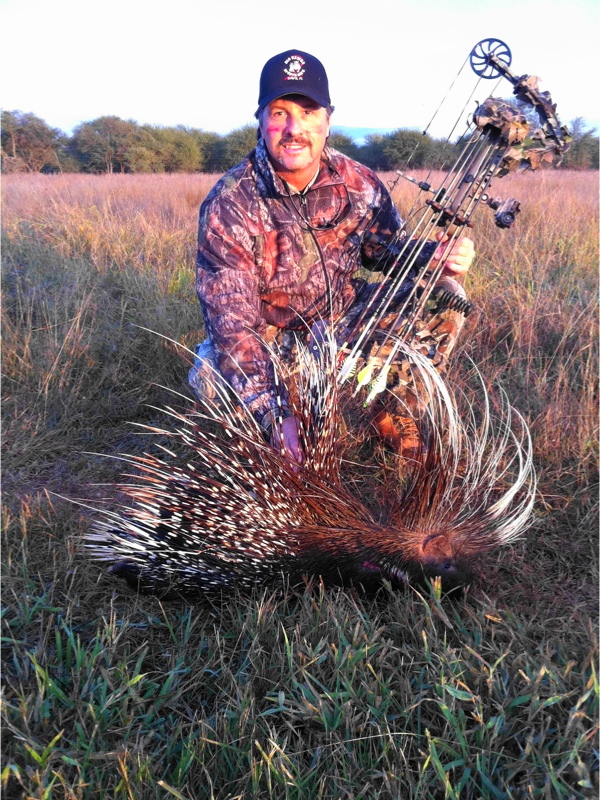 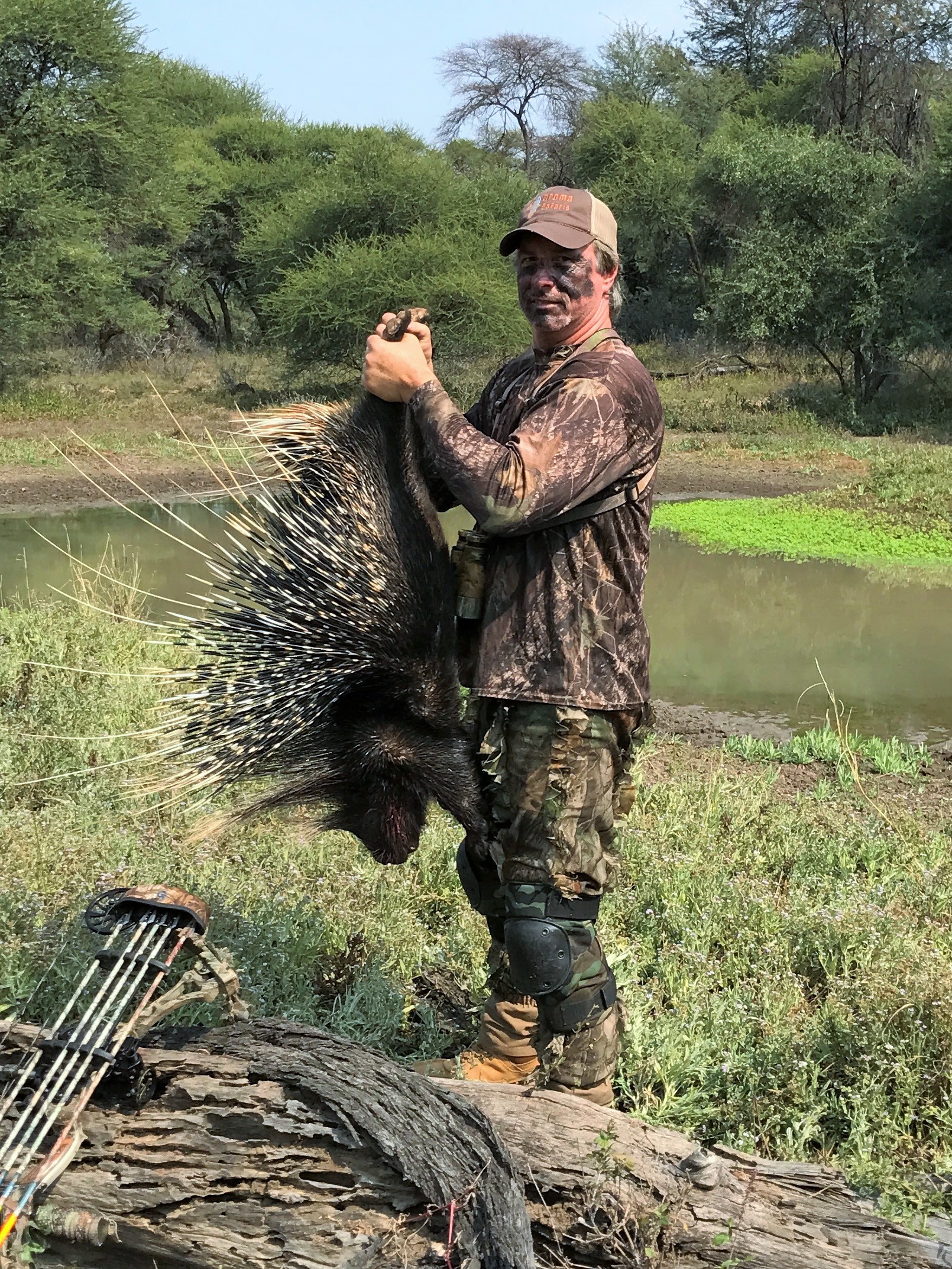 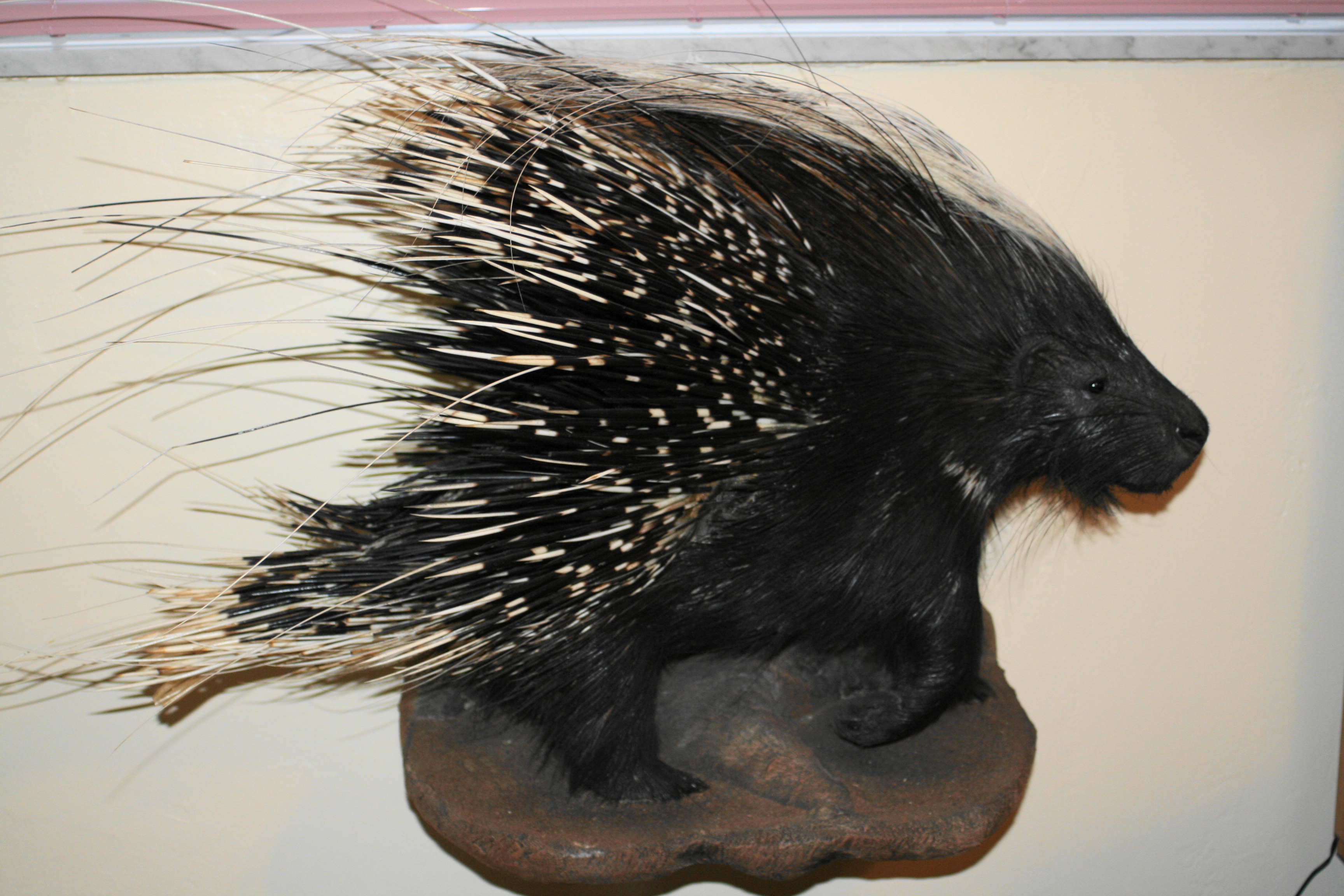 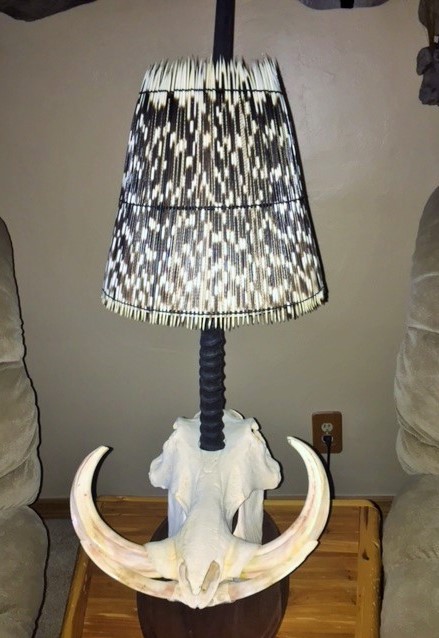 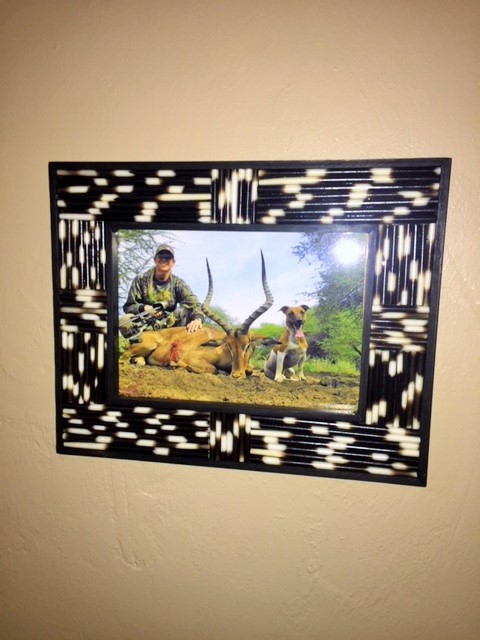 One word of caution: Aim lower than you think you need to. I was warned to aim very low and thought I did however I still managed to just shave off some quills. They seem to be about 80% quills, at least the one I missed was! So no porcupine trophy, but maybe next time!
You must log in or register to reply here.
Share:
Facebook Twitter Reddit Pinterest Tumblr WhatsApp Email Link