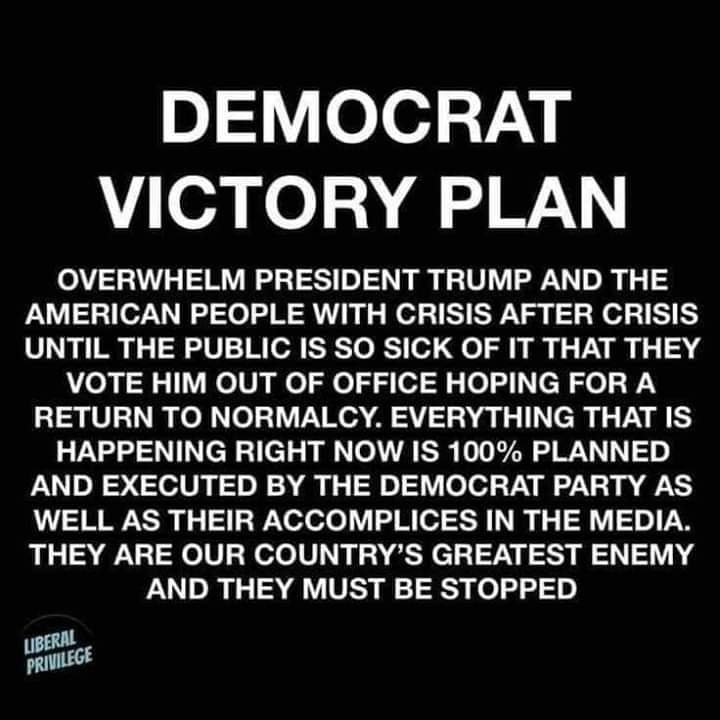 You are definitely on the right train of thought. Except it is Not the democratic party!

It is the Nazis Socialist Fascist Communist (ghost) Party, (referencing: Democratic) to get into elected political offices in a effort to destroy America; from within America's own politically, free election process.

ie. In Tennessee we have a self proclaimed 3rd generation, Christian, foreigner, who claims he: loves America, pro America....the same words AOC used running as a democrat.....he is running as a Republican candidate.

According to his political ads is pro everything.....according to the political attack adds.....he is nothing more than a pro Obama anti Republican anti Trump candidate.

I see him for what he is ....a wolf in a sheep's skin... an anti American, radical muslim out to join AOC to destroy America through politics!

markm said:
China is a big threat but to be honest our own politicians are our biggest threat.other countries are just sitting back watching like a lion over its prey waiting for the right moment
Click to expand...

I hate it!
I hate to even think of it!
I have to admit, but refuse to believe it!
But, I have to say it!

I am by NO means racist, but should it come down to a horrible, horrible choice.....

THE FEAR IS OVER......final results are in and it wasn't as close as expected.

Even if I don't like what this Republican nominee's views are and history.....

I can still vote Republican in the Novemver elections.

But, I digress a bit from the topic of my post.

Should it come down across this nation a choice is to made.... I would rather dedicated true Republicans to vote for......I still can't believe I'm about to say this.....vote for a Nazis Socialist Fascist Demcommie....over any proclaimed Democrat or Republican nominee whom is of Muslim decent, whose hidden agenda is, No Matter What They Claim,.... is to destroy America, and what America has always stood for through our lax political system.

Let us not forget AOC and her cronies.

OMG....I still can Not believe I said or request such an asinine thought or recommendation. I can only justify this recommendation because in two years we will be voting again, and we will have a second chance at our continuation of draining the swamp of career politicians and the Nazis Socialist Fascist Demcommie Party, whose goals are to destroy what America has always stood for, with the insistence and monies from anti American Big Business Demcommie Billionaires, like Soros, Gates, etc. 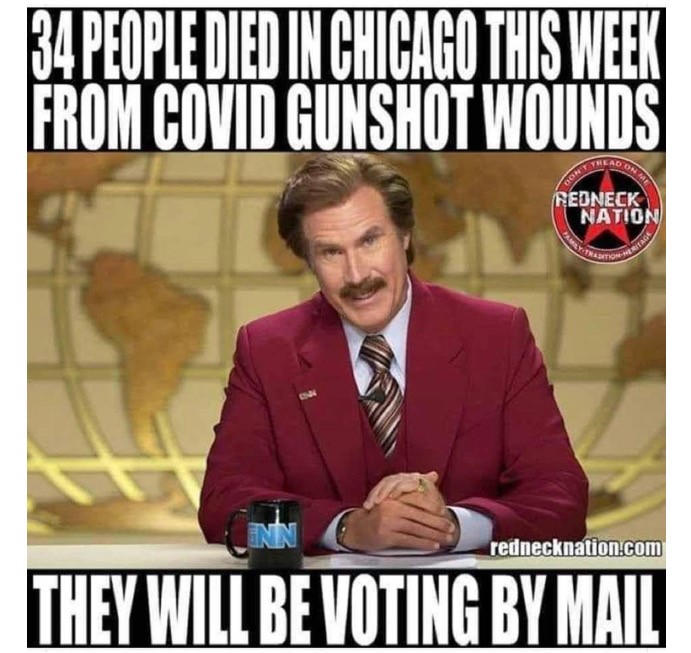 The destruction of the English language has become a major goal of the destroy America movement.

40 years ago it was portrayed as "cool" for the "hip" black guy to mix singular/plural nouns/verbs. The most common was "He Do" (He singular, do plural) rather than the correct He does.
This was followed closely by the discontinuing of diagraming sentences in school. As a result it is common to hear sentence fragments, run-on sentences and other variations that no longer contain a complete thought. It appears that very few recent high school graduates are aware of what a noun and verb are let alone subject, proper noun, or any of the more subtle aspects of the language.

So go ahead and flame me for being a grammar nazi, but don't blame me when your grandchildren's ability to communicate consists of pointing at an object and grunting.

Trump was mocked by both parties until he shredded a field of 17 seasoned Republican politicians on the debate stage. Then, he was mocked again by the pundits who were so certain HRC would pick him apart. After all, how can a private businessman/reality TV celebrity possibly compete with a seasoned politician such as HRC on a national stage? Trump mopped the floor with the Wicked Witch of the West Wing 3 times.

Talk about hard to watch.... This is exactly why the don't want Biden to leave the basement. How are they going to let this guy go one on one with Trump? In all seriousness, anyone that would vote for this ass-clown for county dog catcher, let alone the US Presidency, needs to be slapped in the side of the head repeatedly and often... It's shocking to think that this guy is the best that the democratic party of today has to offer the American people.

BSO Dave said:
Trump mopped the floor with the Wicked Witch of the West Wing 3 times.

It's shocking to think that this guy is the best that the democratic party of today has to offer the American people.
Click to expand...

I don't recall Trump debating Pelosi, Feinstein or even Watters. Now if you had said Wicked Witch of the East, I would have known you were talking about Hillary Rodman Clinton, sister of some basketball player and wanna be diplomat.

Actually, he is the best they can do for what they want- which is the allusion that centrist voters will vote for him and then they can complete their bait & switch with a Bolshevik vice pres becoming pres.
M

This is spot on .hope people are smart enough to see it.

This is spot on .hope people are smart enough to see it. [/QUOTE said:
I reviewed the results of the primary election held August 4 in Washington State. It's clear that there are several thousand people in Seattle and metro that still have no clue as they continue to vote to keep the moron governor and mayors in office.
Click to expand... 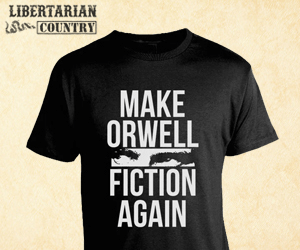 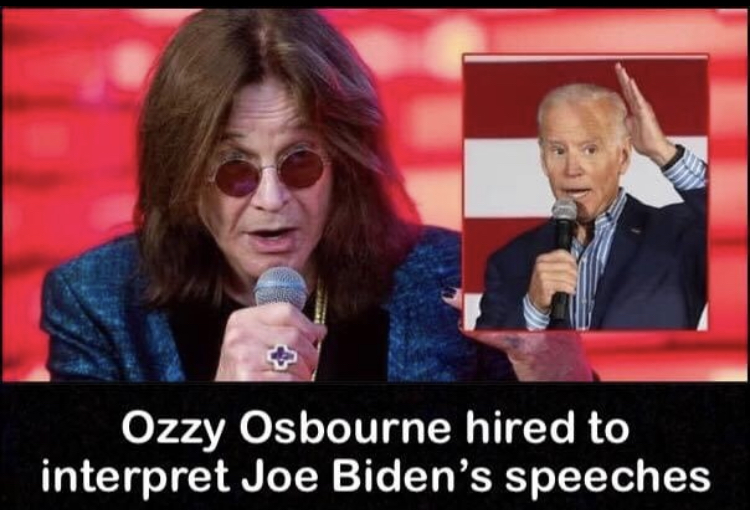 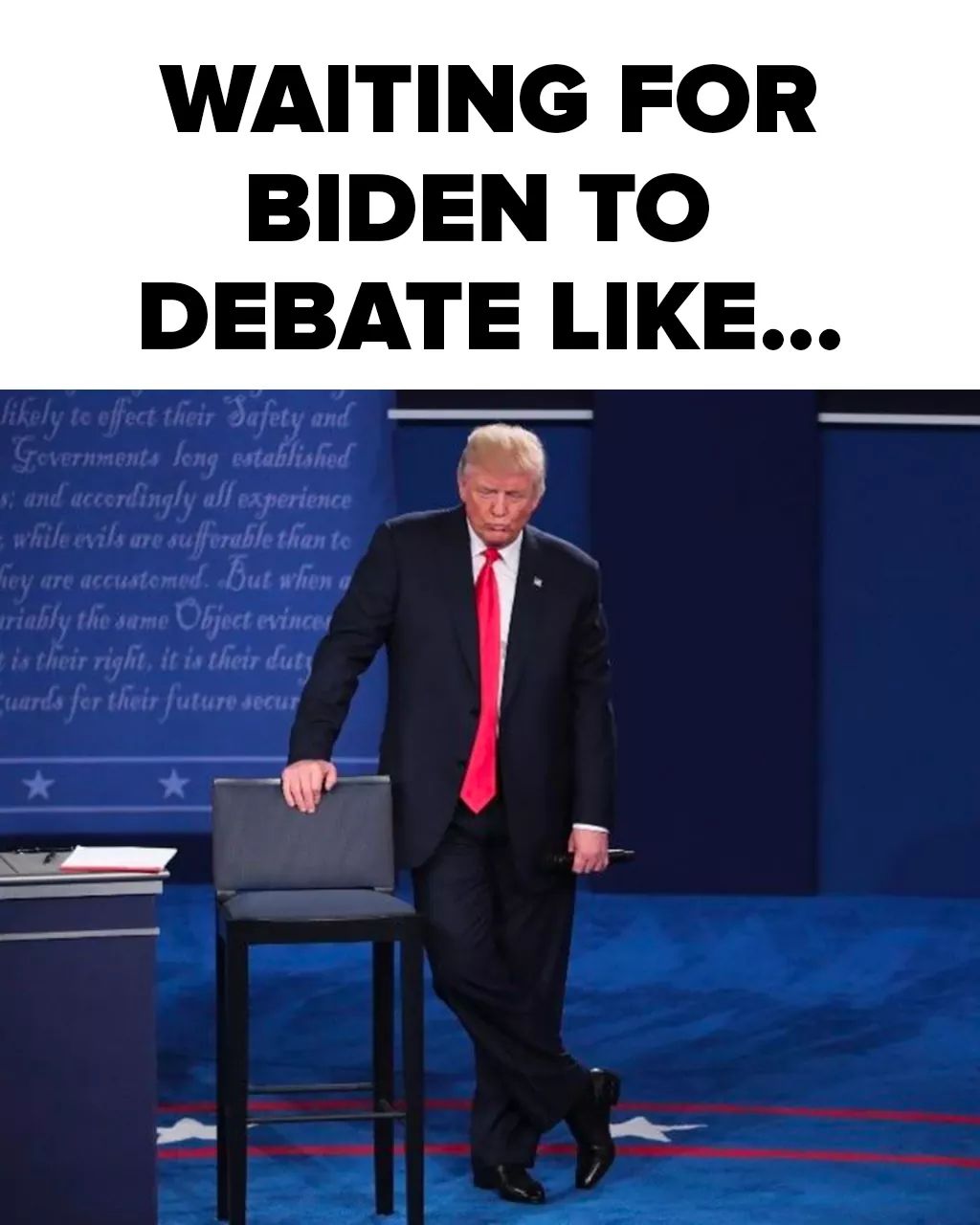 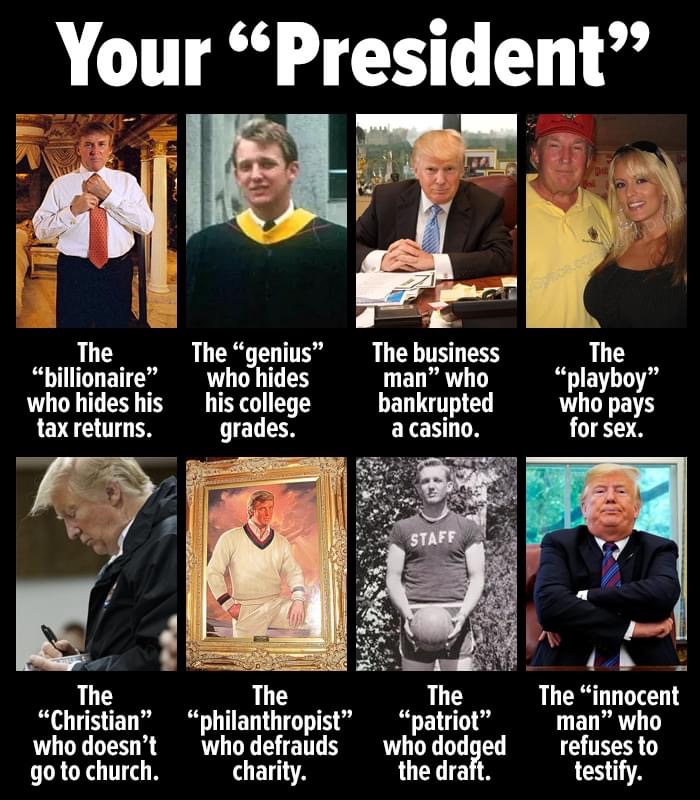 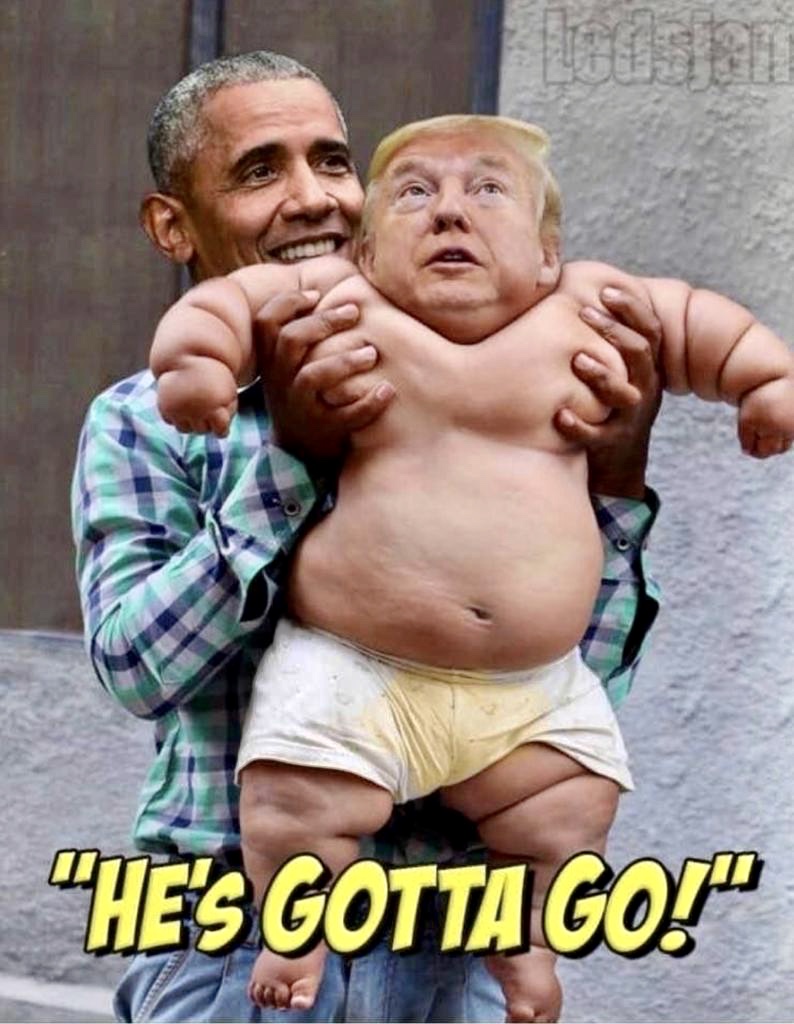 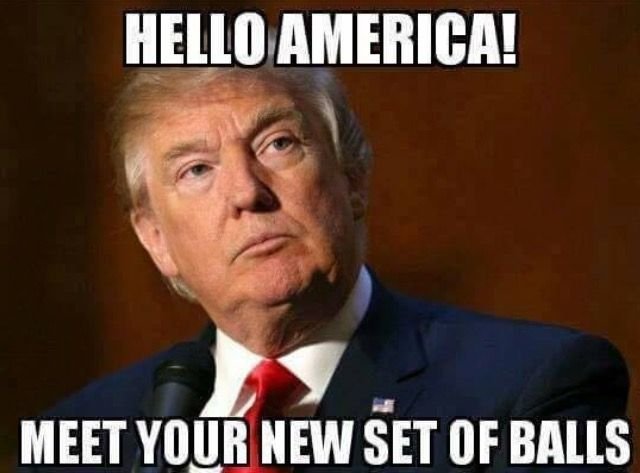 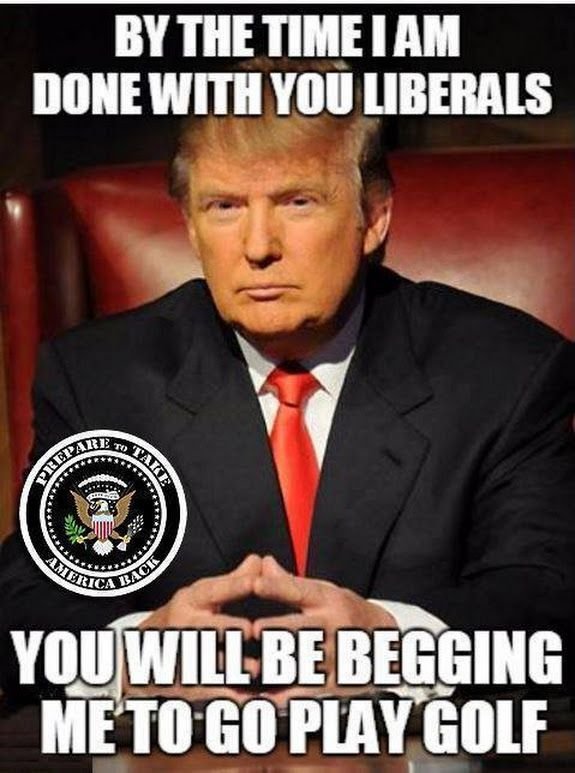 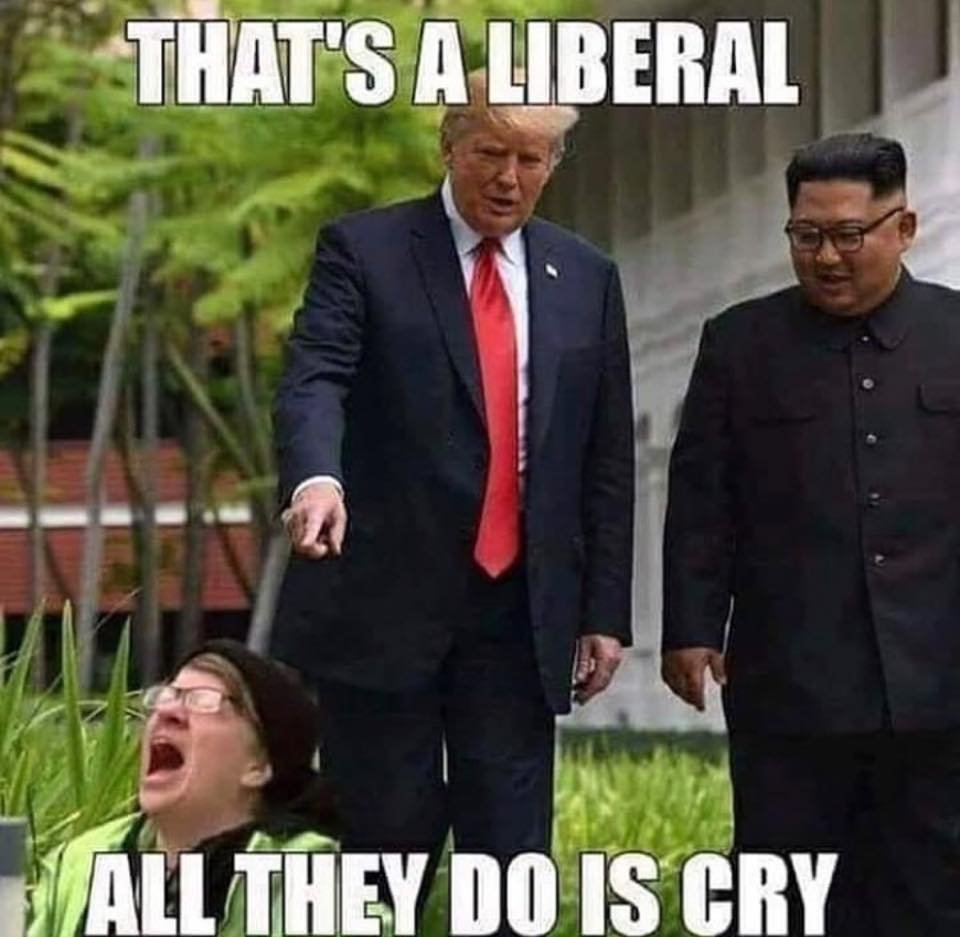 I think you need one of these.

I love this guy and wish he were my President

Lefty reporters were triggered because guests at Trump’s club gathered in a ballroom to watch his presser.

The guests were drinking alcohol and some were not wearing masks (gasp).

A reporter pointed out to President Trump that there are “dozens of people” in the ballroom who aren’t following social distancing guidelines. 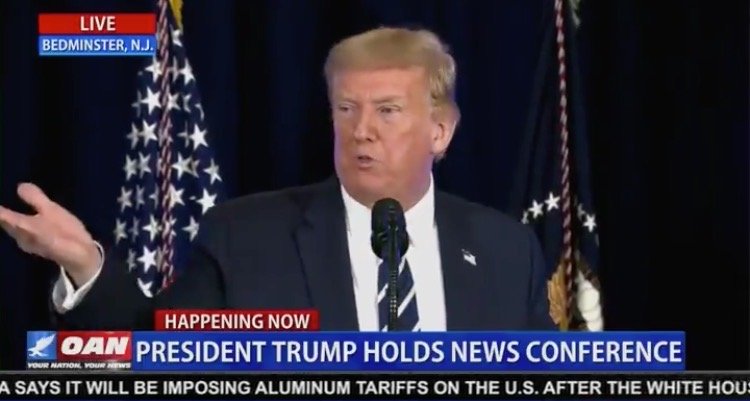 President Trump on Friday evening held a press conference from his private golf club in Bedminster, New Jersey. Lefty reporters were triggered because guests at Trump’s club gathered in a ballroom to watch his presser. Country club members awaiting the president pic.twitter.com/cm9FOvtoC9 —...

I see two more police officers were killed. Nice going you bunch of peaceful protesters. Some day you are going to reap you're planting of the wind. As I previously heard in the military "War is Hell, but the Payback is a M--F--.
R

Brent in Az said:
I think you need one of these.View attachment 361852
Click to expand...

Since his "buddy" the Wright church choir director was murdered so the word wouldn't get out about b Rocko's sexual activities, he needed something.
You must log in or register to reply here.

Time for an African to be CITES secretary general

CITES - Now A Bane Not A Boon