In late September 2014 my wife and I traveled to central Poland to hunt for Red Stag and Roe Deer. Our outfitter was Michael Spalt of Hunt Adventure Company. http://www.huntadventure.pl 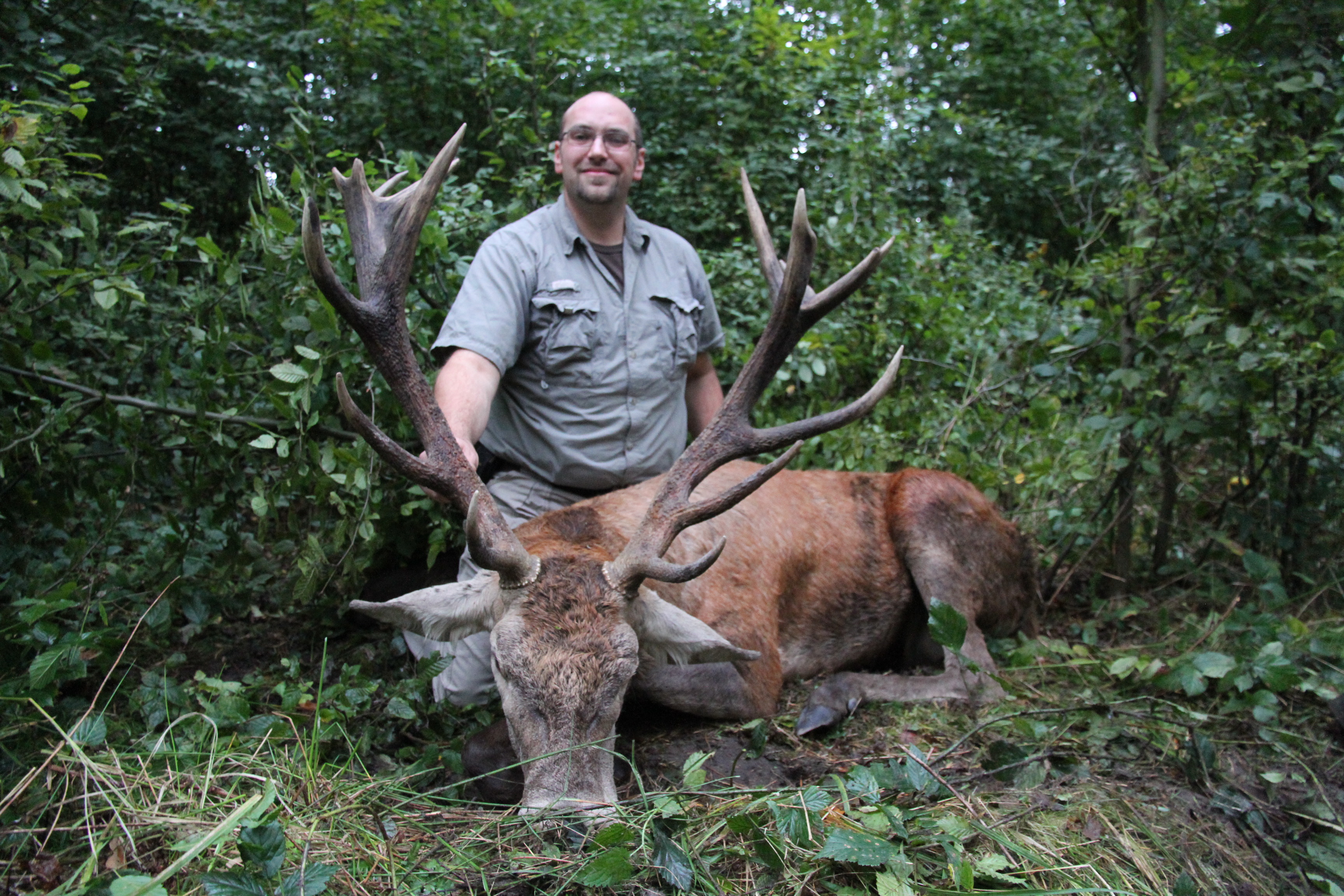 I selected to hunt with Michael for many reasons. His email communication was absolutely fantastic; very timely and detailed. Michael took the time to determine what type of hunting experience we were looking for. He offered numerous hunting areas, game species and lodging options for us to customize our own adventure.

Our flights went smoothly. Seattle to Amsterdam, finishing in Warsaw. After collecting our luggage we met with Michael in the greeting area of the airport. We loaded our gear into his vehicle and traveled south for nearly two hours to reach the hotel near the Piotrków Trybunalski hunting area. After checking in at the hotel we discussed the game plan for the following morning before retiring for the evening.

Anticipation was at an all-time high for the first morning of the hunt. We left the hotel and reached the nearly 20,000 acre hunting area in less than five minutes’ drive. As light slowly started to filter through the heavily wooded landscape we parked the vehicle and started to walk. Upon reaching a large clearing we could see several Red Deer females and one very nice stag on the far edge of the clearing. I was so transfixed watching the Red Deer stag through my binoculars I nearly did not see the mature Fallow Deer stag skirting the wood line. The wind was good and we made a stalk getting within 250 meters of the stag. Too many eyes in the herd and a wary female ended the game. The remainder of the morning was spent listening to stags roar in the heavy forest and stalking in an attempt to close the distance. We saw numerous Red Deer, Fallow Deer and a few Roe Deer before the rain started and it was agreed to return to the hotel for breakfast and some dry clothing.

The first evening of the hunt found us sitting in a high stand overlooking a very dense block of timber. Our Polish hunting guide, Robert, said the area held a few good Red Deer stags. As we settled in to begin the wait the sounds of roaring stags cut through the air. Nearly 30 minutes into the wait a nice stag quietly slipped into the small clearing chasing a female. He stopped behind some dense undergrowth. Only his neck, head and antlers were visible. He stood for what seemed like an eternity, quietly staring into the forest. The .308 was ready and as the stag moved he presented a good quartering away shot. At the shot he reacted well and crashed into the nearby cover. He stumbled into a very small opening and I was able to connect with two additional insurance shots to anchor him. After a brief wait we approached the downed stag. I was captivated by his dark and heavily crowned headgear. Upon further inspection the stag had a large puncture wound through his upper jaw and a fractured lower jaw as a result of fighting for breeding rights. He would not survive another Poland winter. The traditional European branch ceremony was conducted to celebrate both the animal taken and the fortune of the hunter; a once in a lifetime experience. Our guide Robert returned to his vehicle to phone for assistance in retrieving the stag. He returned as we were taking trophy photos with a shot glass and a bottle of Polish vodka to celebrate the end of a successful hunt. Additional help arrived and we reached the vehicle with the stag just as darkness set in. After processing and hanging the stag we returned to the hotel for a cold beer and some sleep.

Days two and three were spent pursuing Roe Deer. Glassing agricultural fields bordering heavy forest during early morning and late evening produced many Roe Deer sightings. We saw several dozen Roe per outing, including multiple trophy bucks. On the third evening we spotted a good Roe buck bedding in the open on the edge of some heavy woods. I was able to use the wood line to conceal my approach and soon was within 75 yards of the bedded buck. After getting my breathing under control I whistled for the buck to rise. Nothing… After making several noises over the course of 3-4 minutes the buck finally stood. One shot behind the shoulder anchored him. The traditional branch ceremony was performed in honor of a successful hunt. I was elated to have both of the primary species I was seeking on this trip in the salt with one hunting day remaining.

Sunrise on day four found us sitting in a high stand overlooking a grassy swamp for wild boars. There were numerous and heavily used game trails leading through the swamp. Although we saw no boar on this morning it was a wonderful experience with great company.

During the midday break from hunting Michael took us to several nearby towns to sightsee and photograph daily life in Poland. A visit to a local hunting store was a highlight for me. These excursions were great in addition to our hunting adventure.

Our final night of the hunt was spent in a high seat overlooking a harvested wheat field in search of wild boar. There was pig sign everywhere on the edge of the field and we felt our chances were good. Throughout the evening many Roe Deer fed into the field and at last light a group of Red Deer broke the tree line. It was great to hear the stag roar one last time as our hunting concluded.

Michael took us to the train depot in Lodz the following morning. We traveled south to visit the town of Krakow; an incredible old city that fortunately survived WWII. We toured multiple castles, historic monuments and the Auschwitz/ Birkenau camps from WWII. We were impressed by many aspects of our stay in Krakow; the warmth and hospitality of the local people, the easy transportation and the affordability of lodging and meals. A must see city and a great side trip. 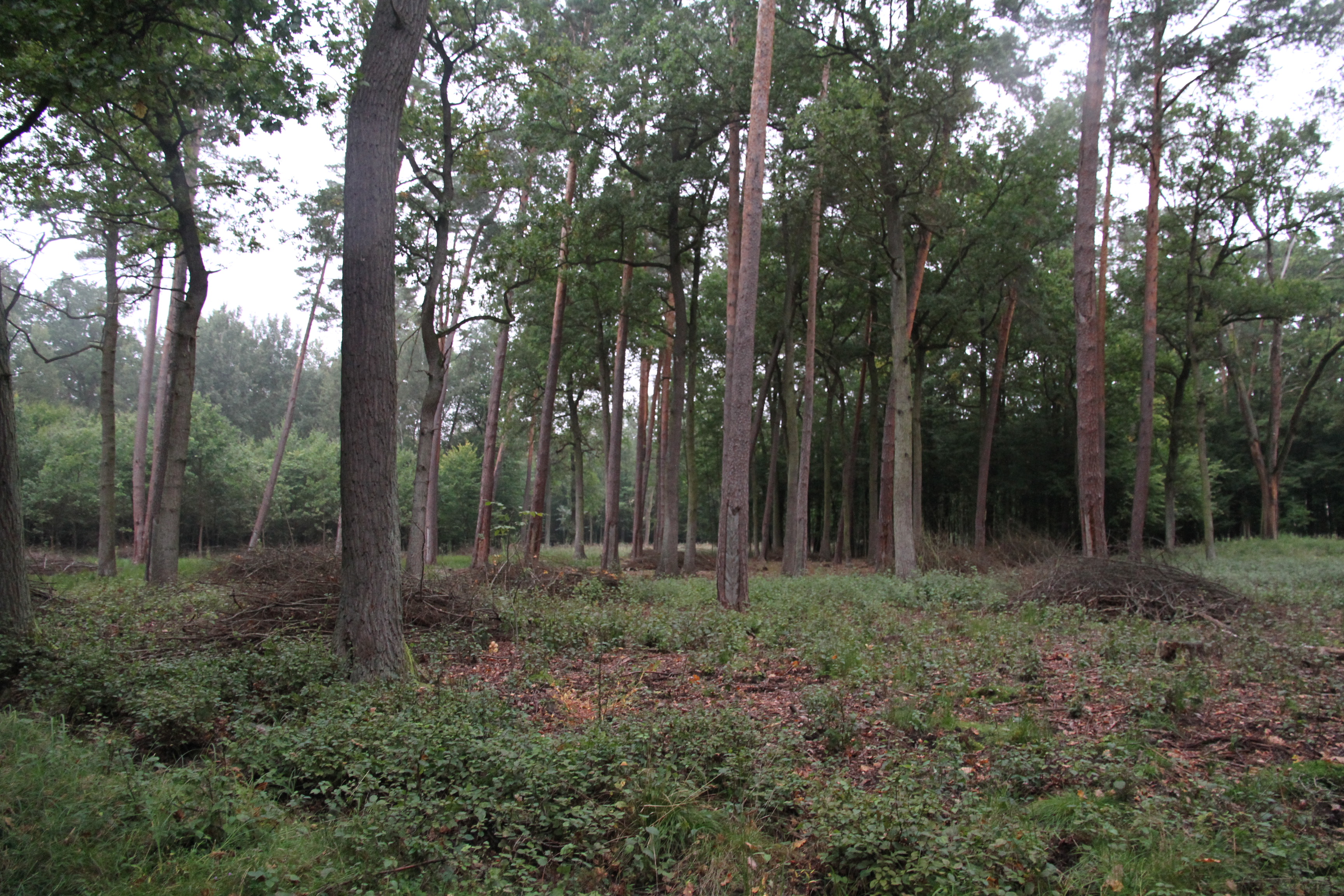 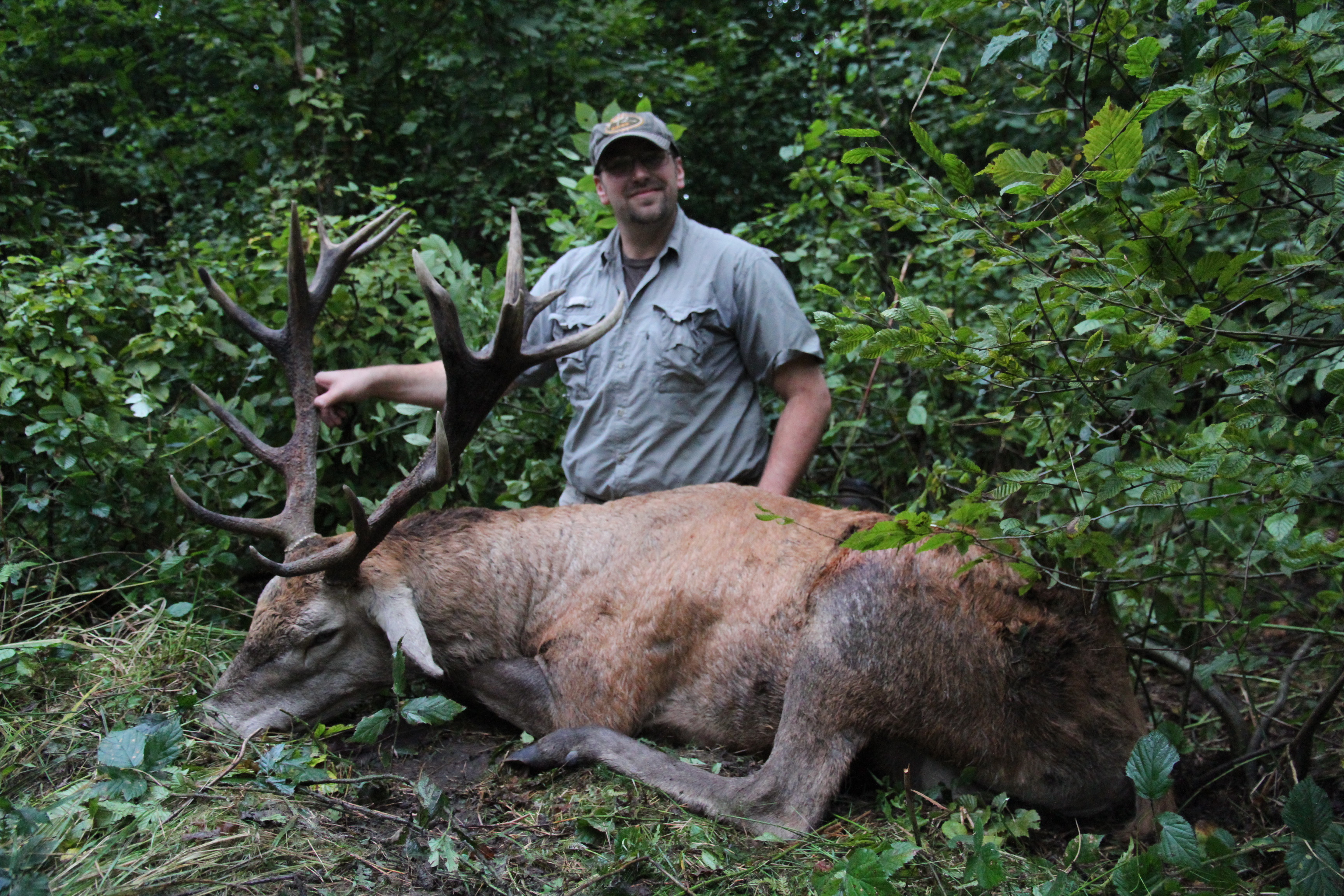 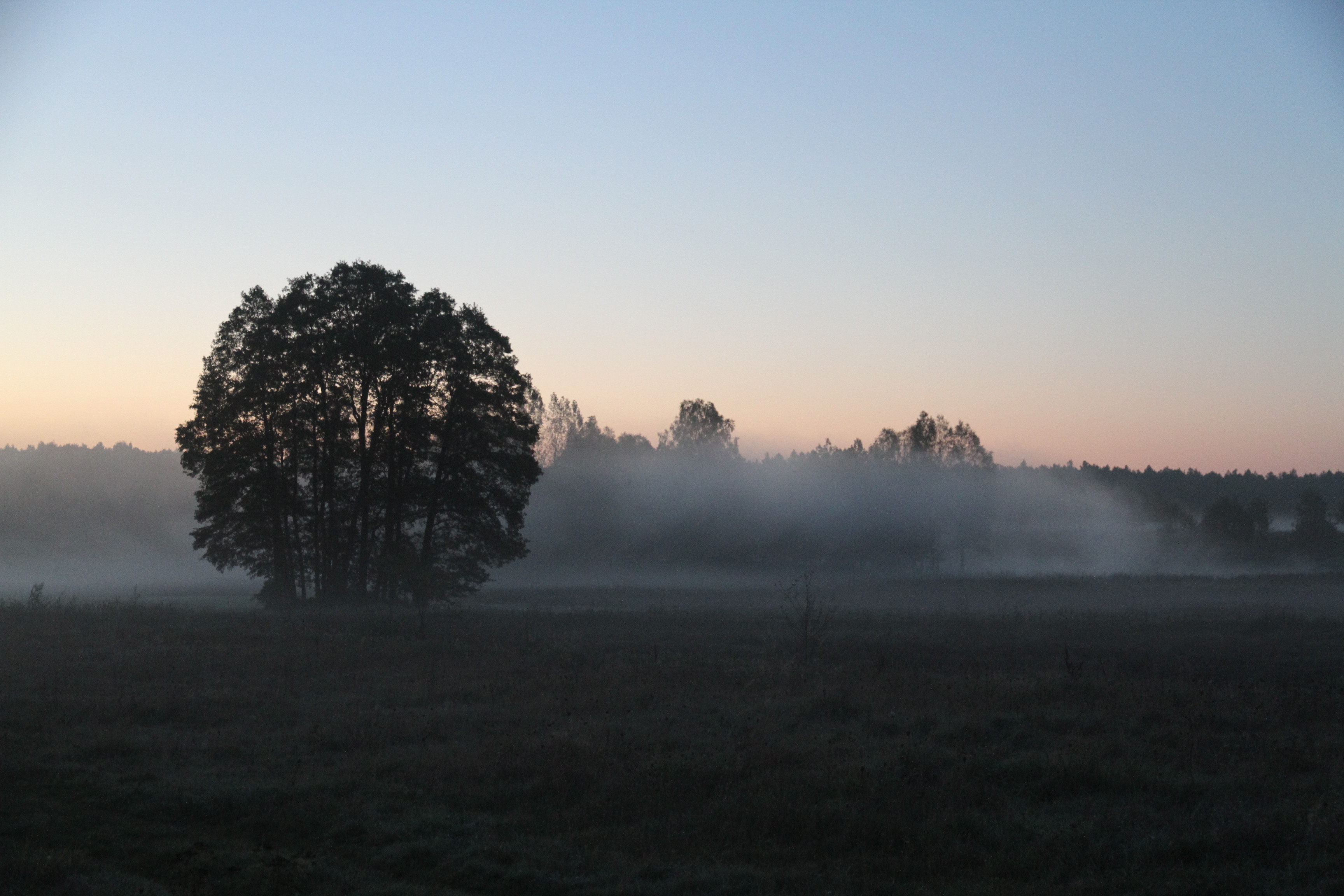 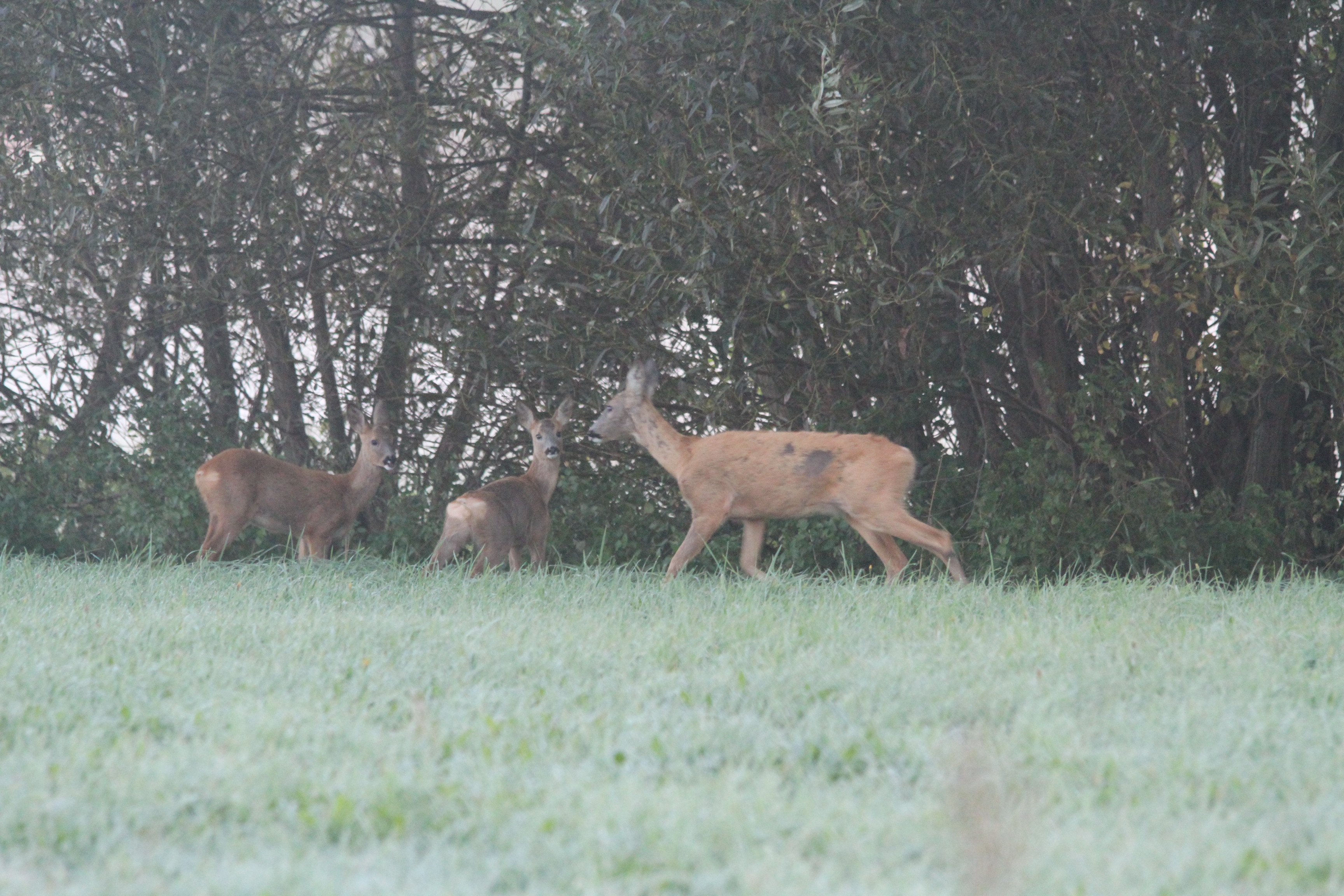 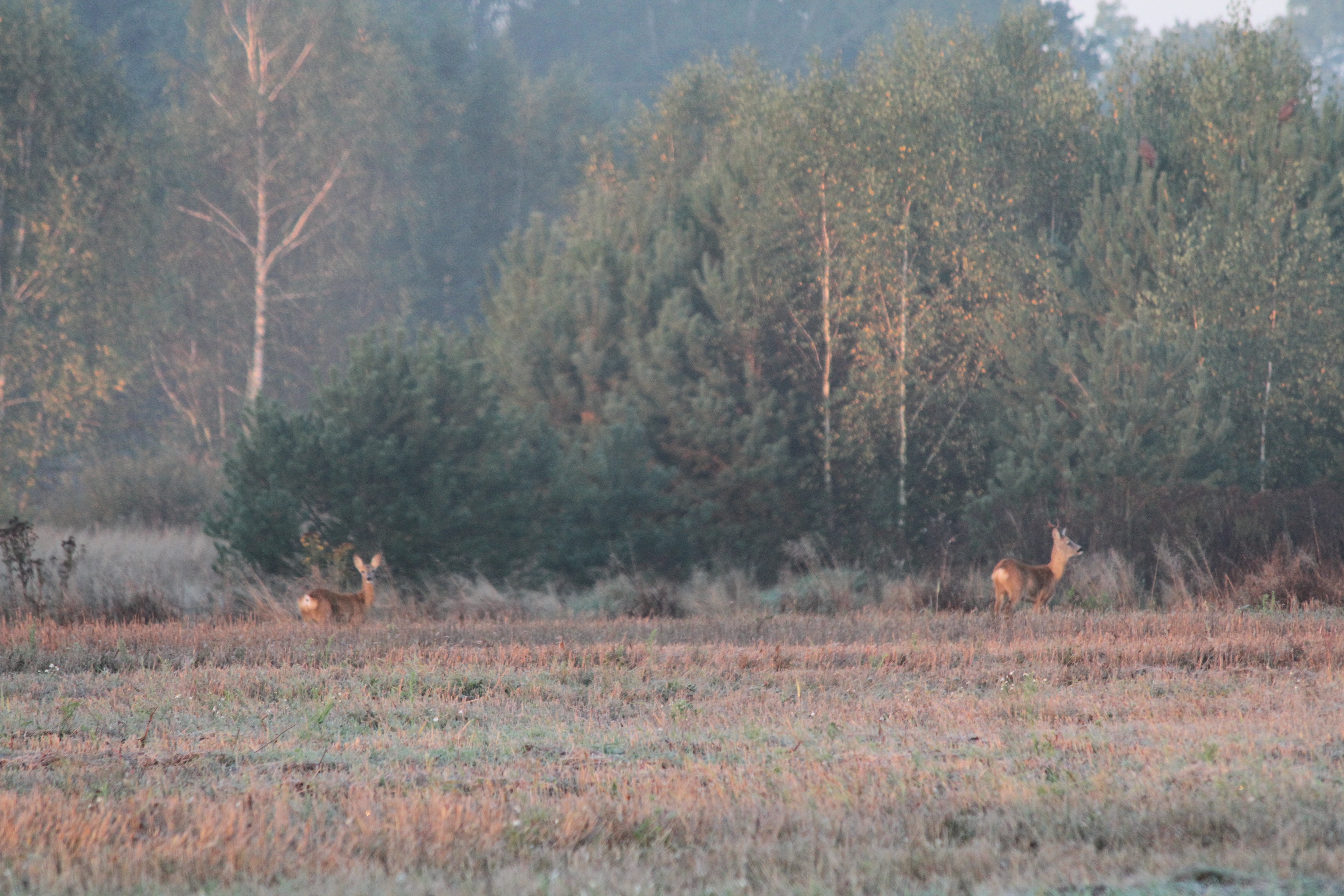 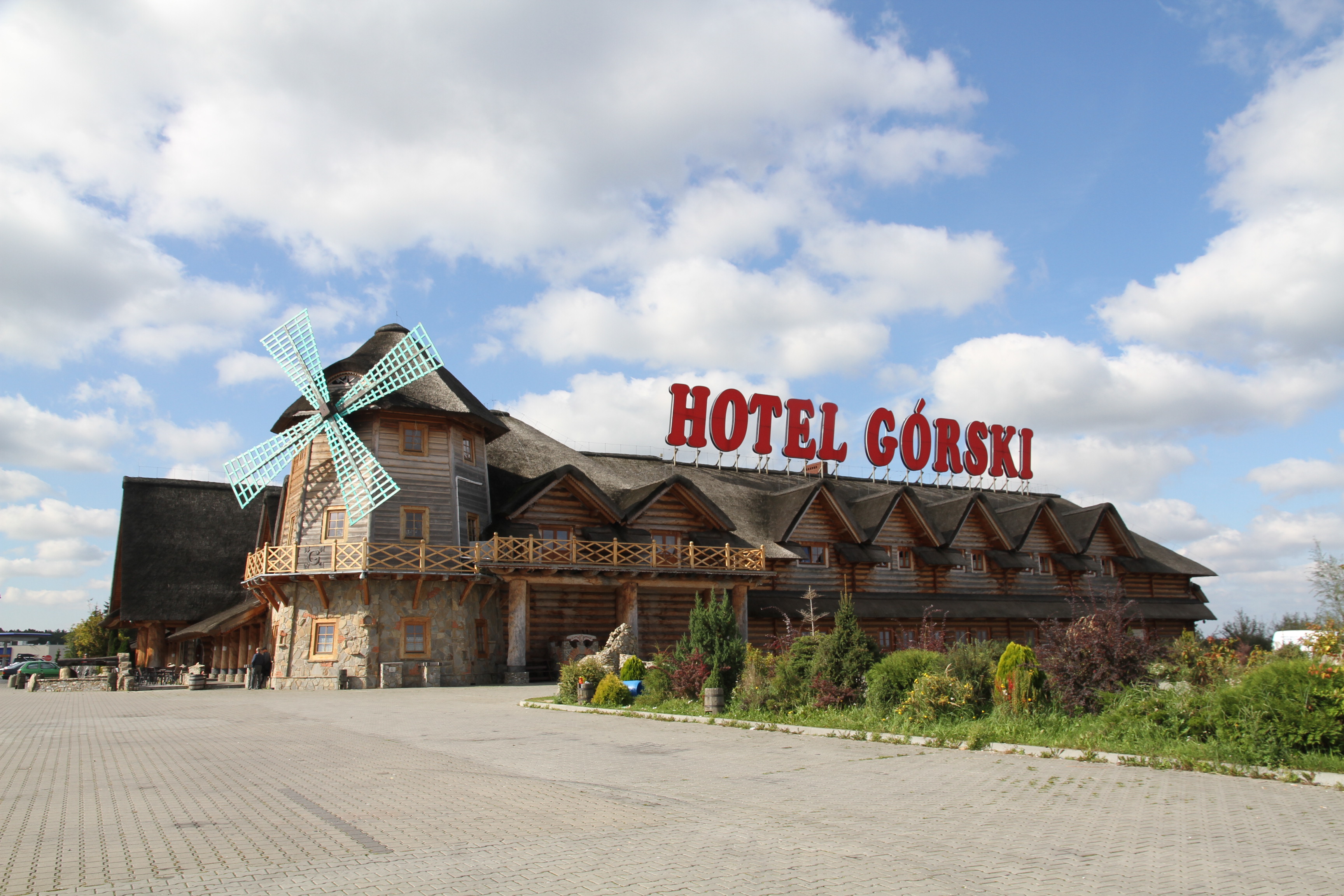 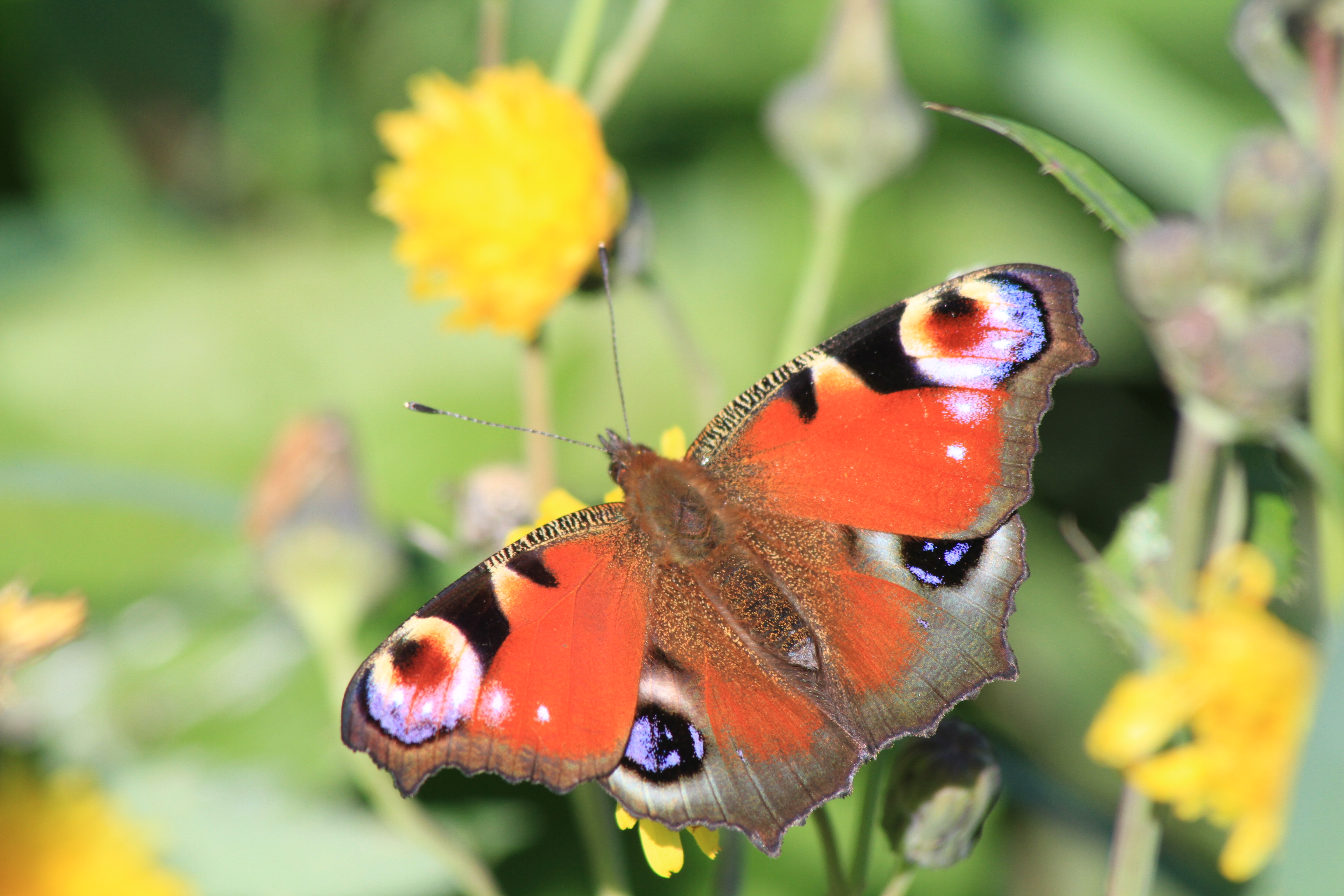 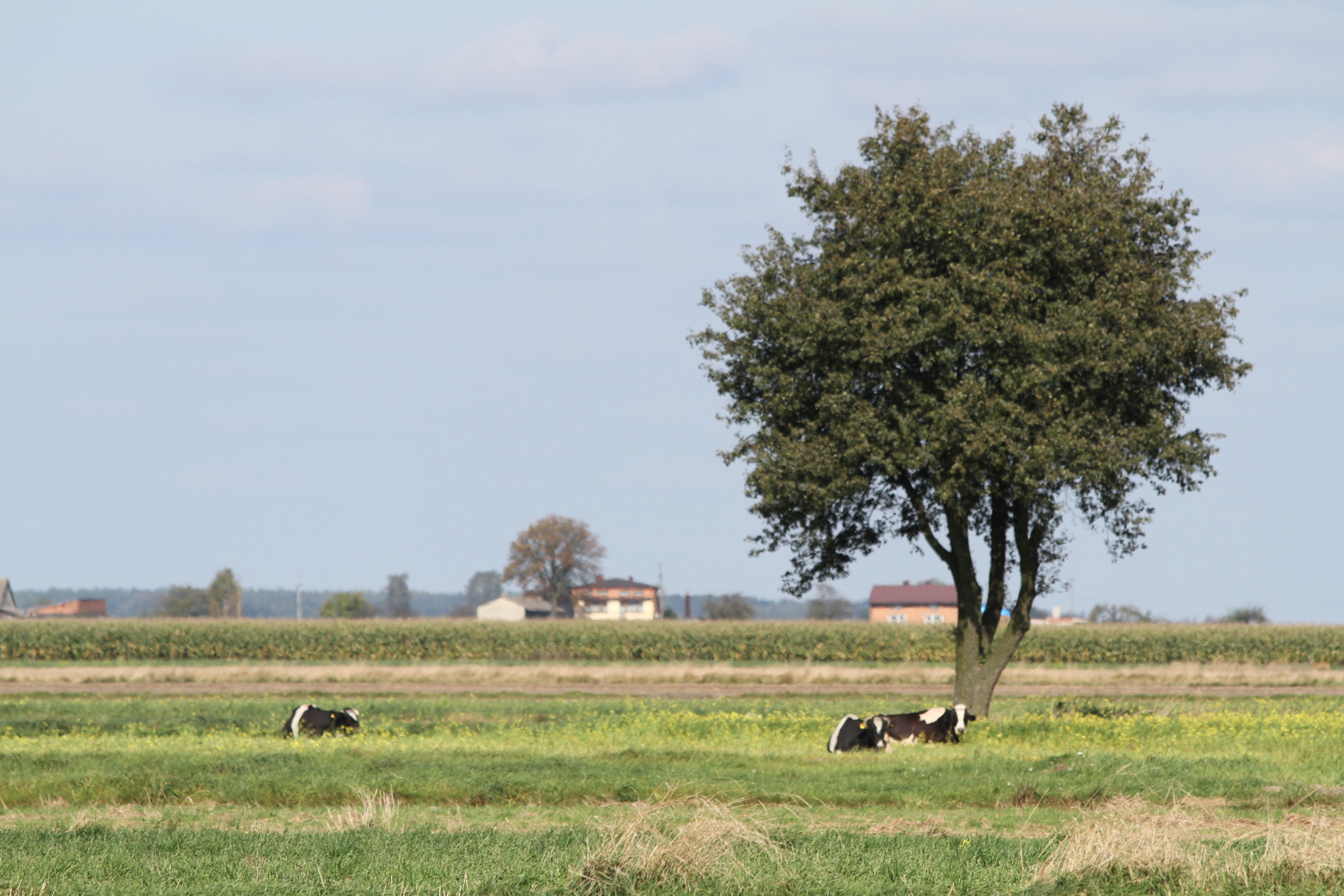 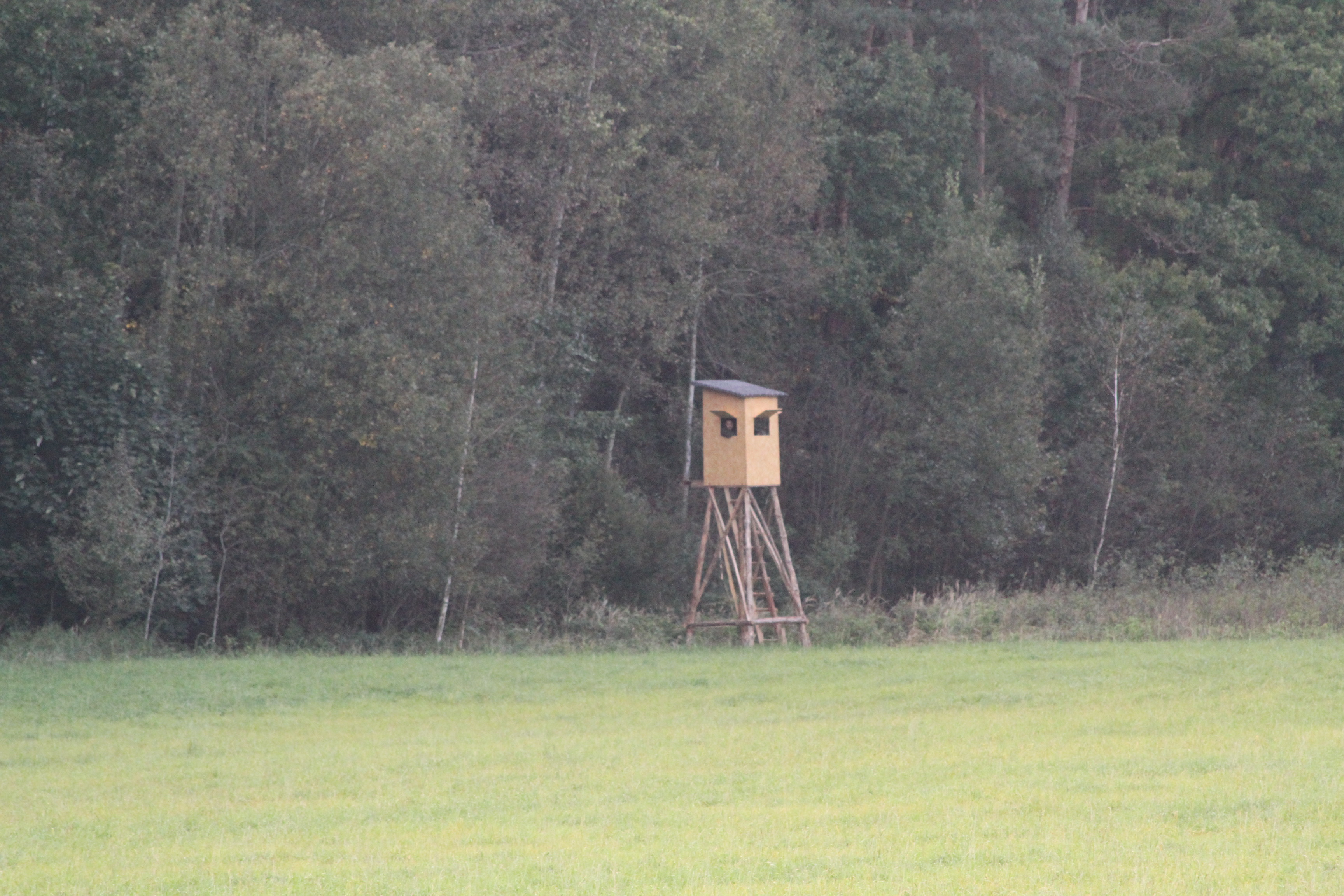 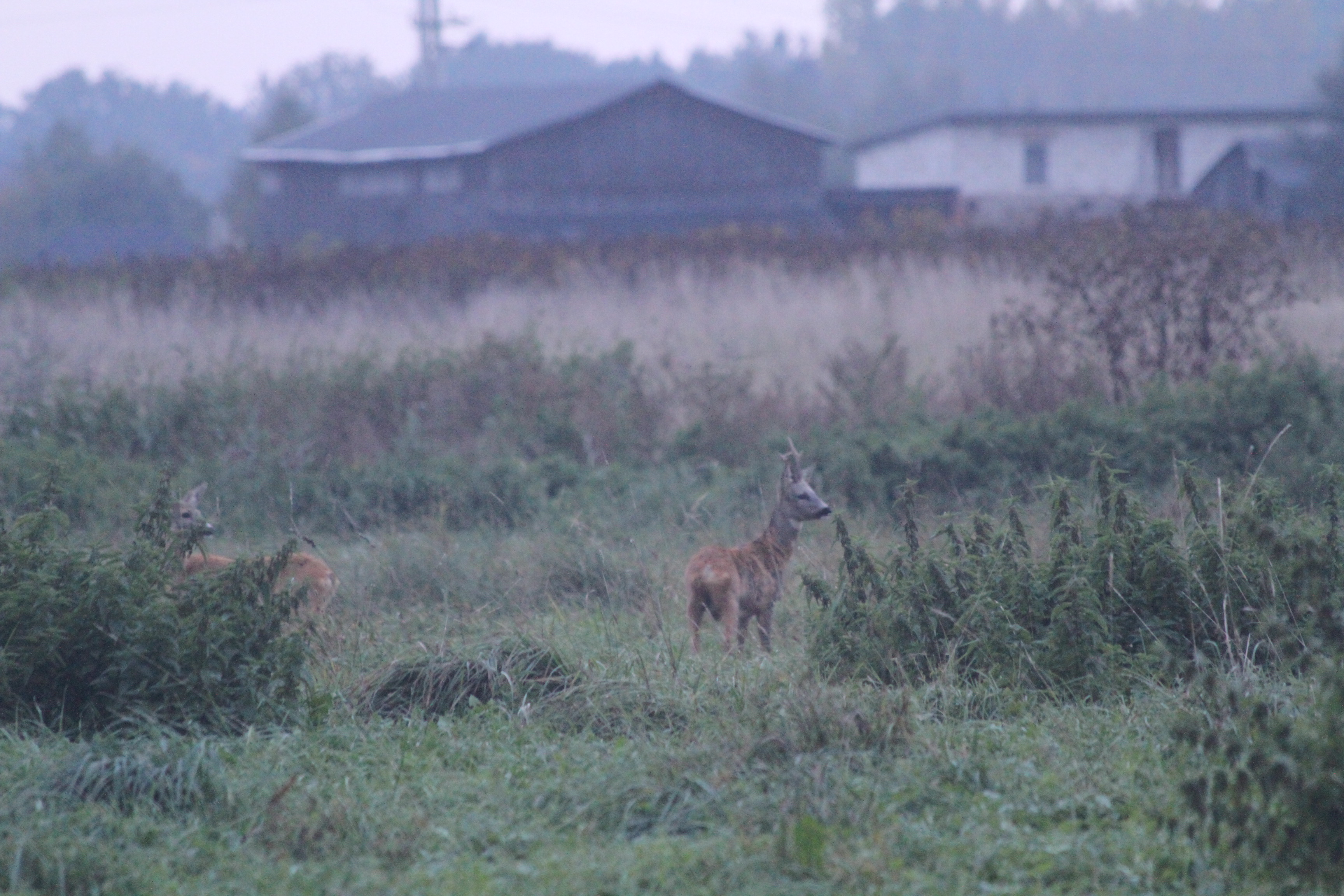 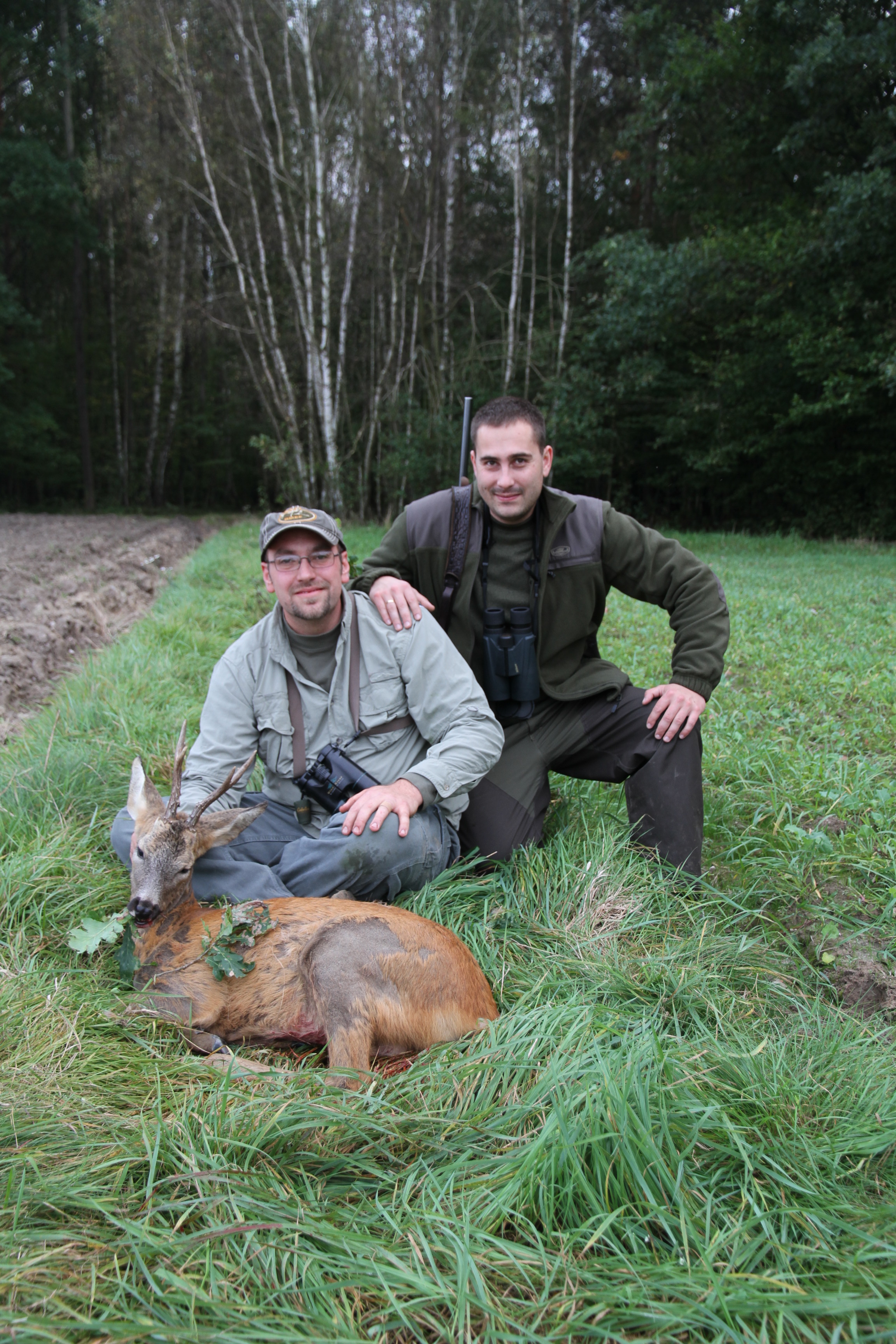 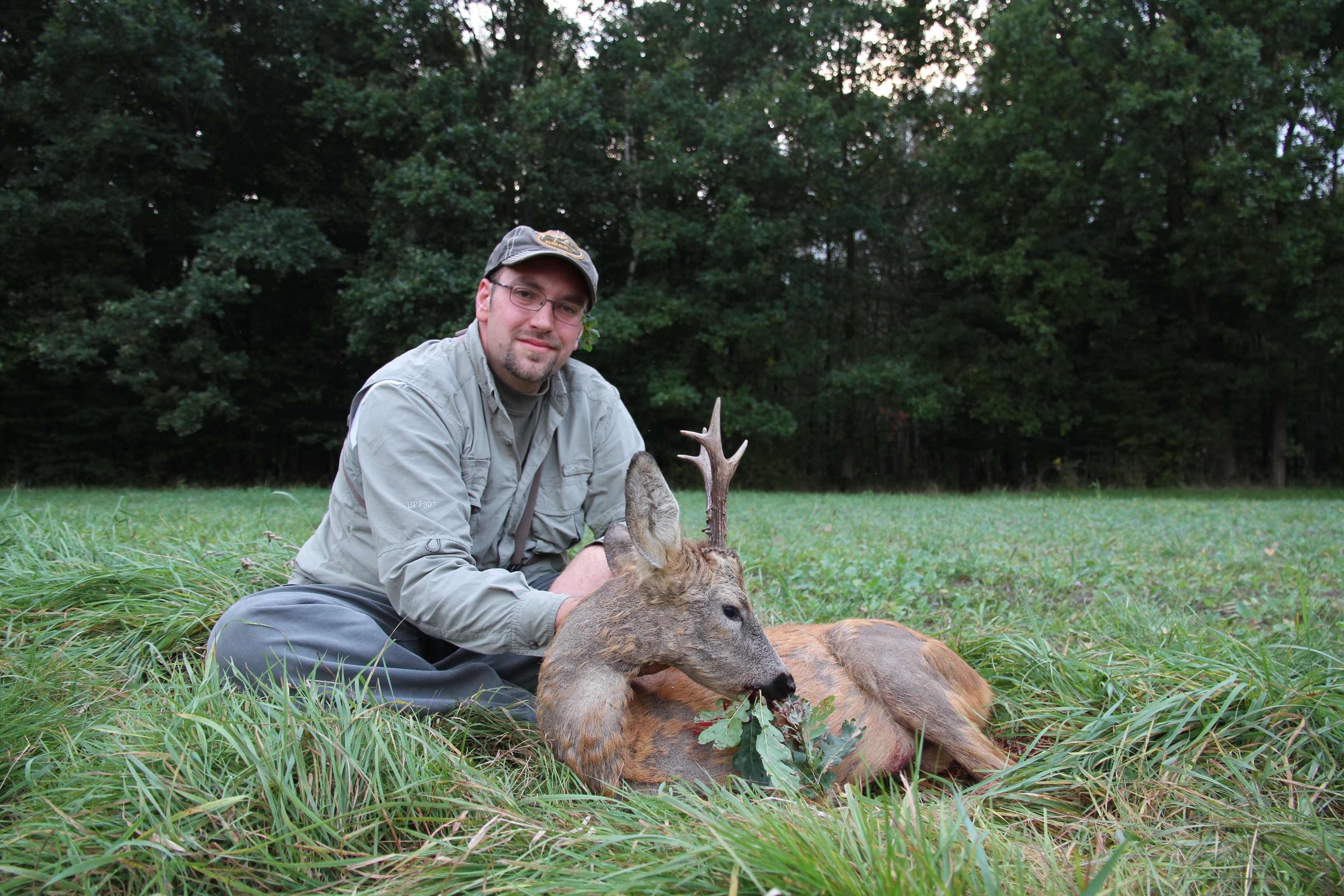 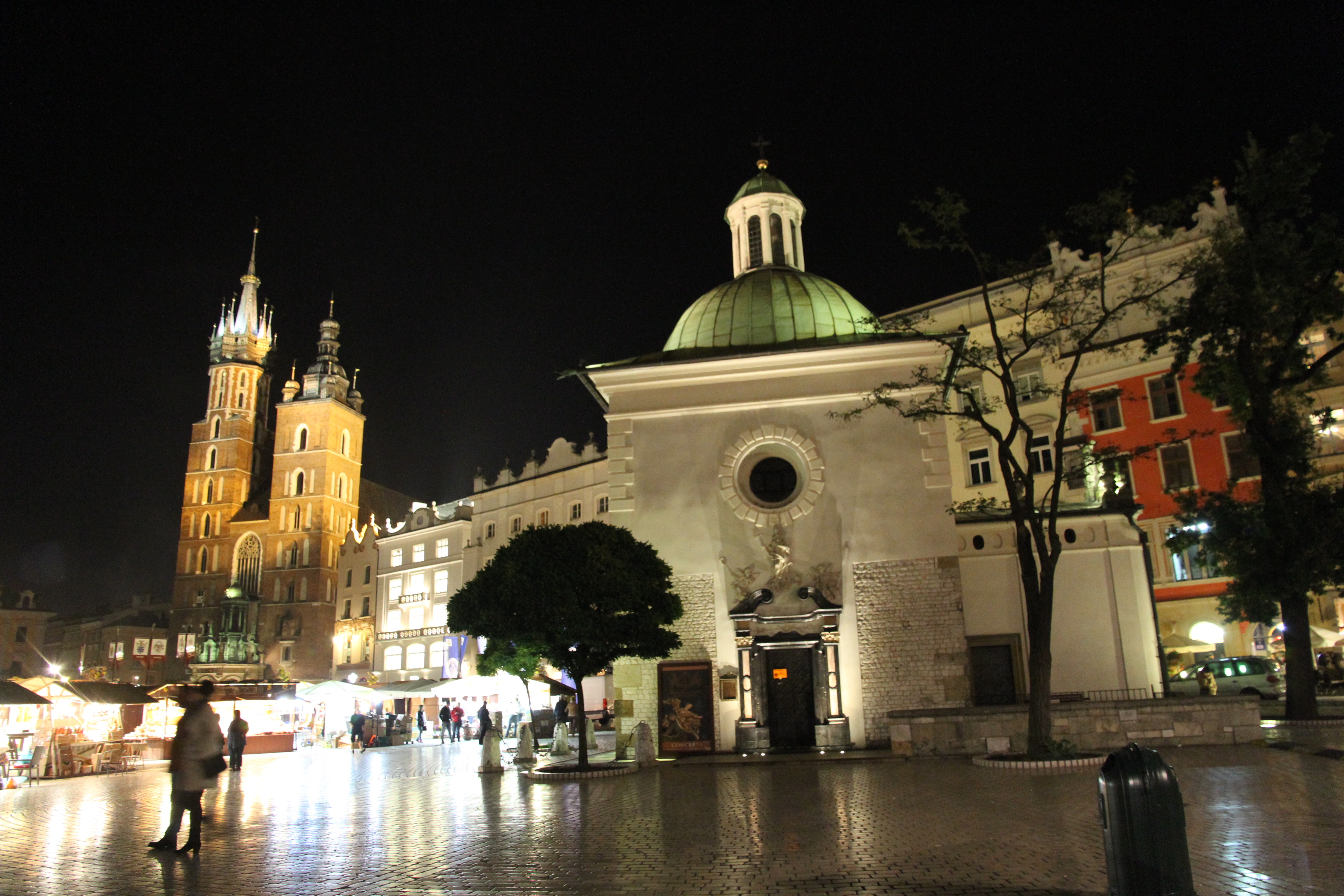 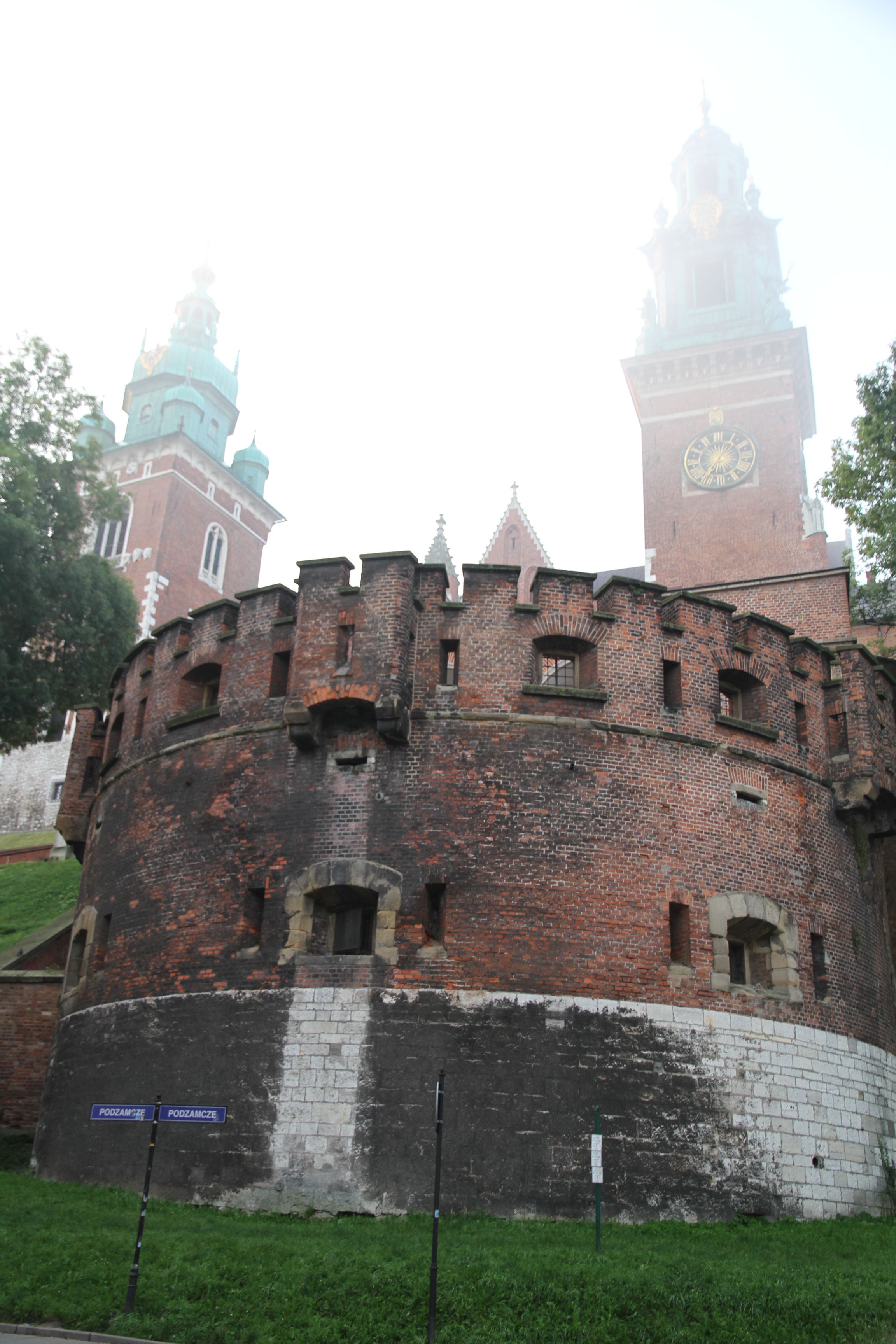 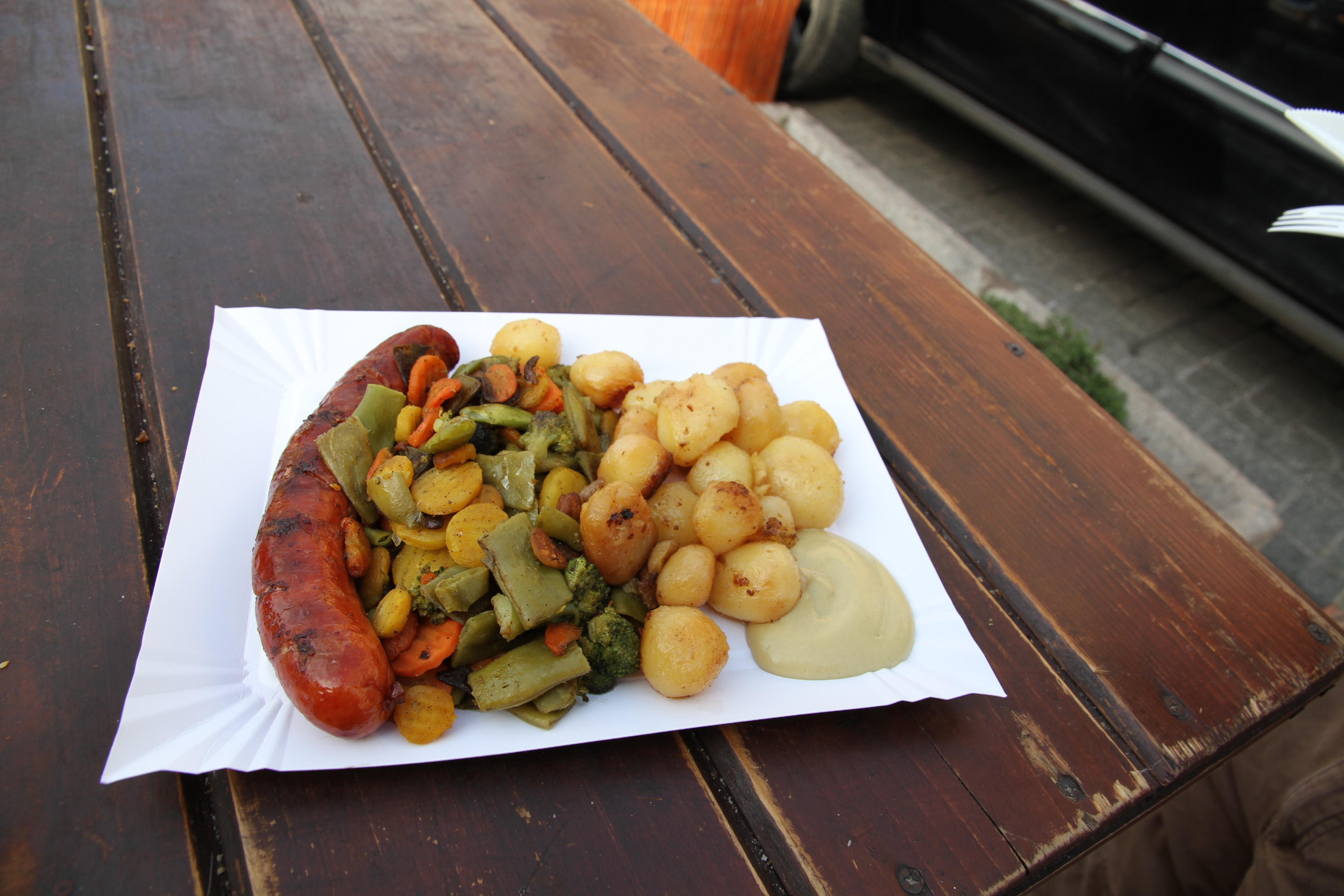 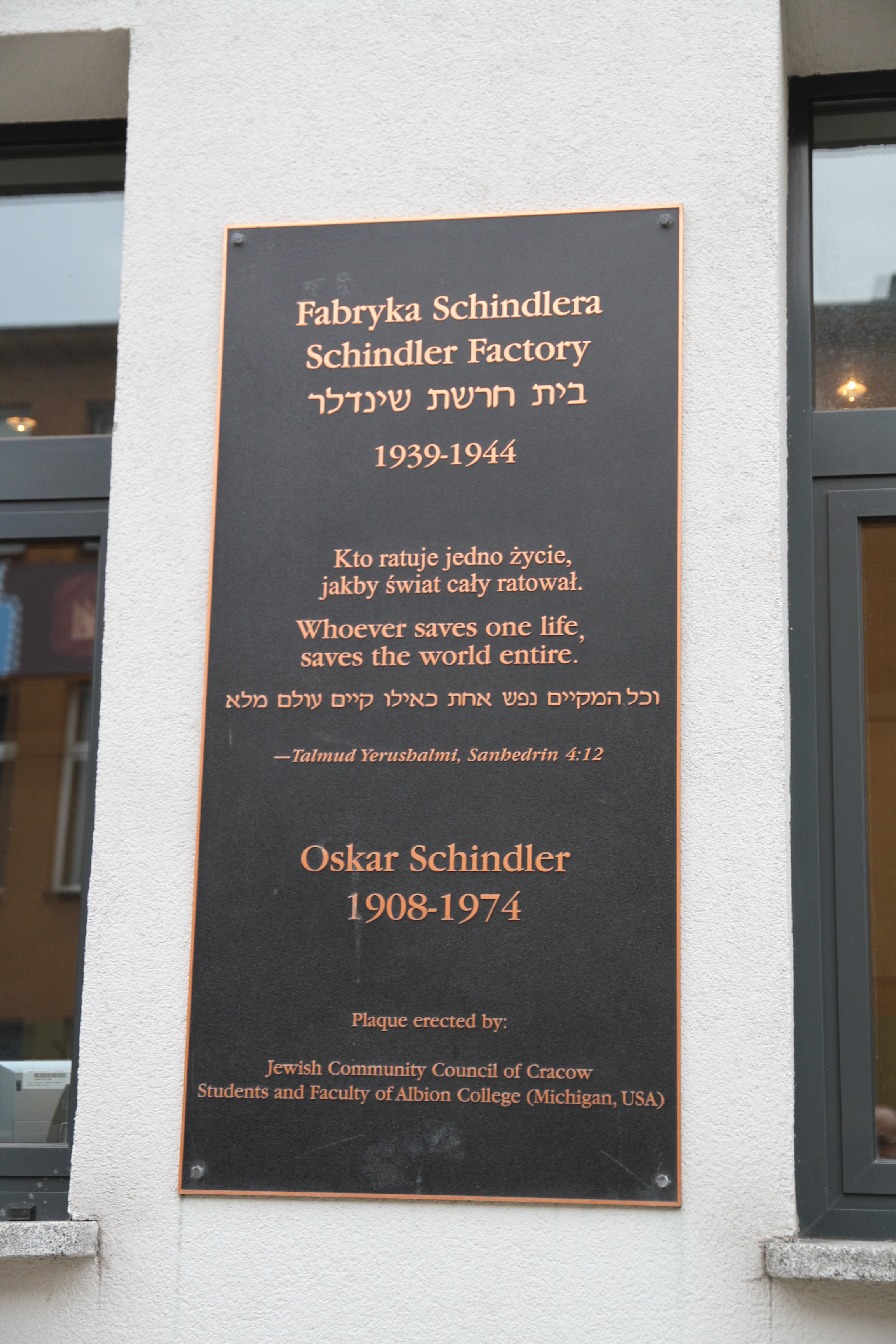 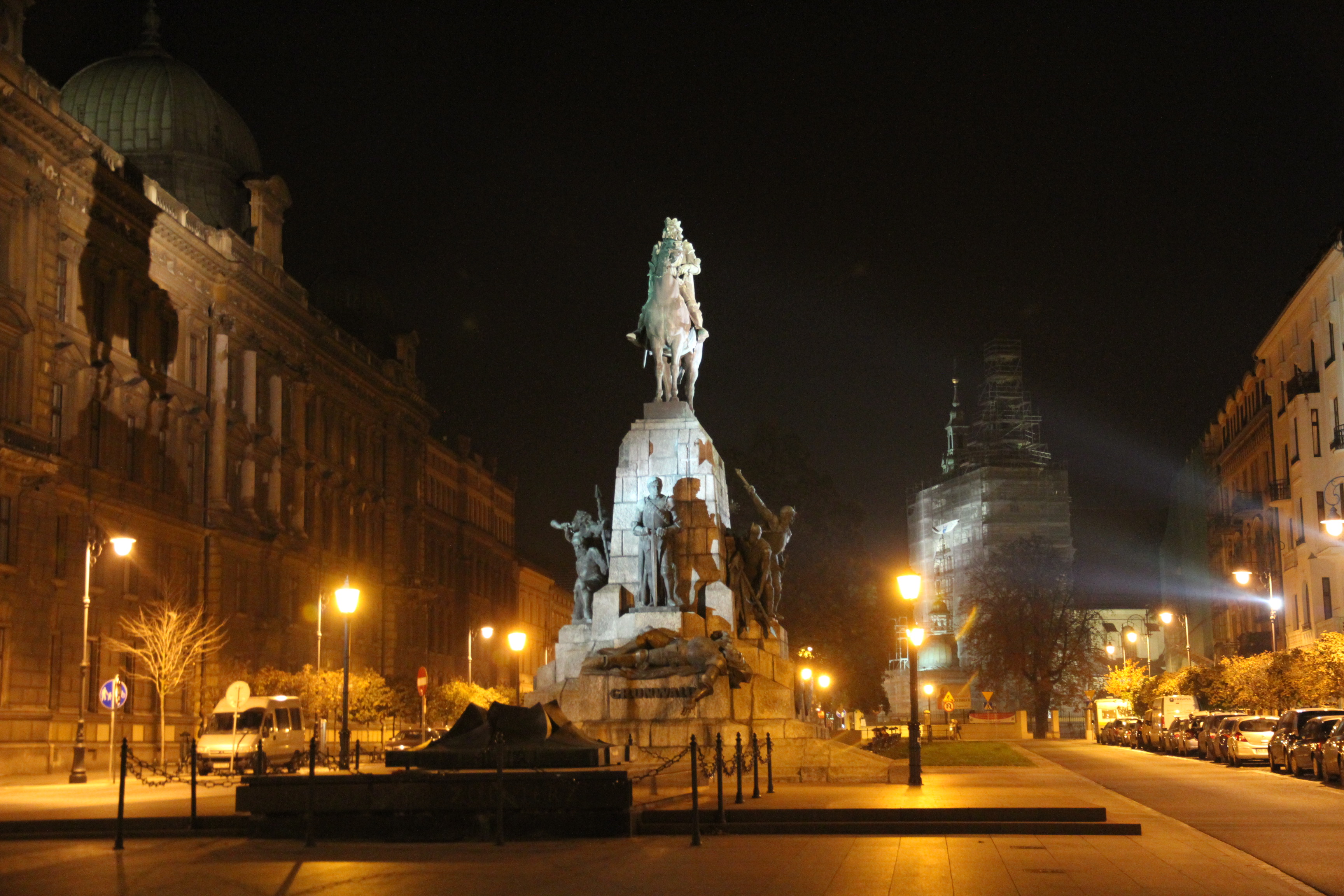 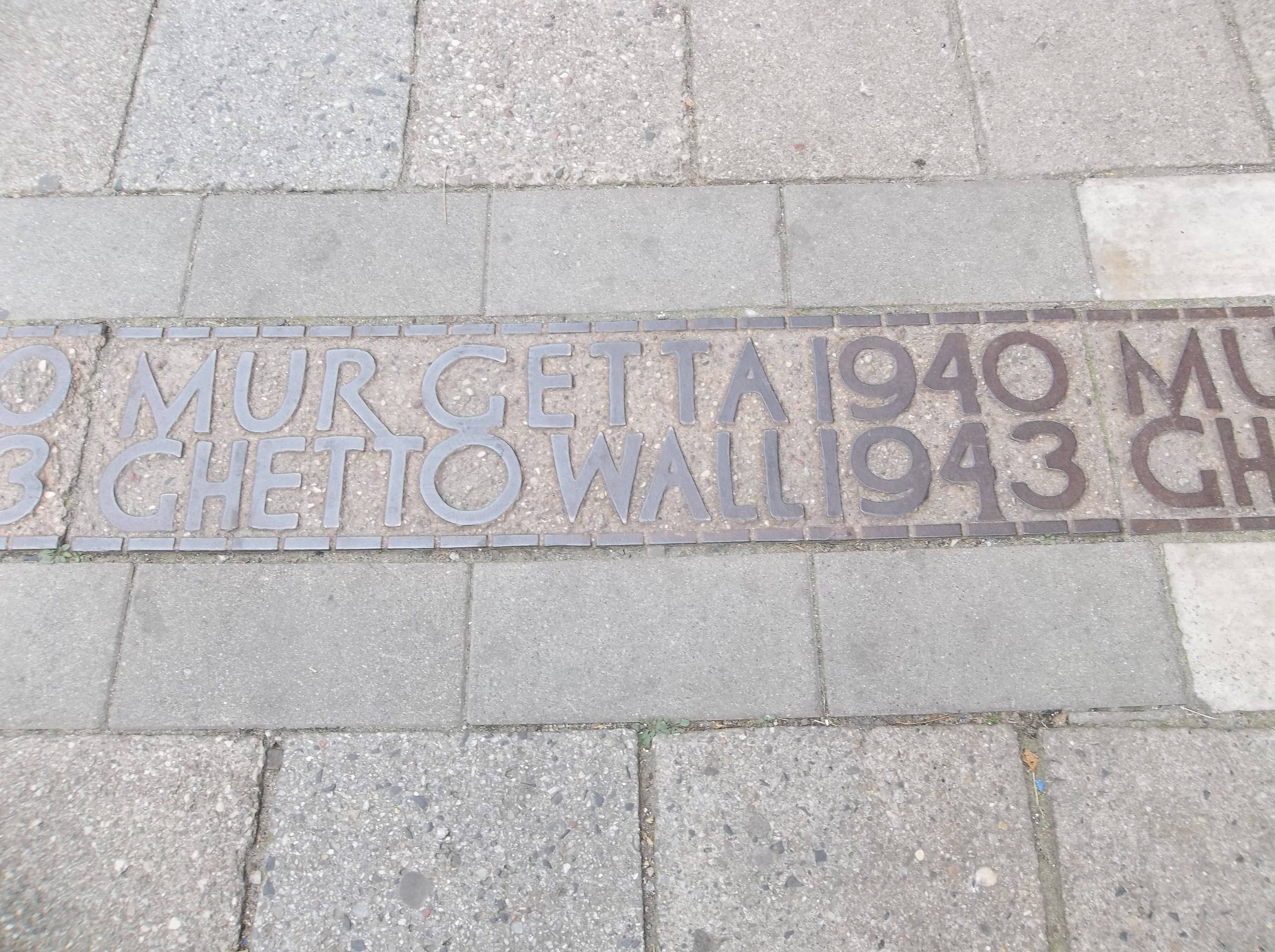 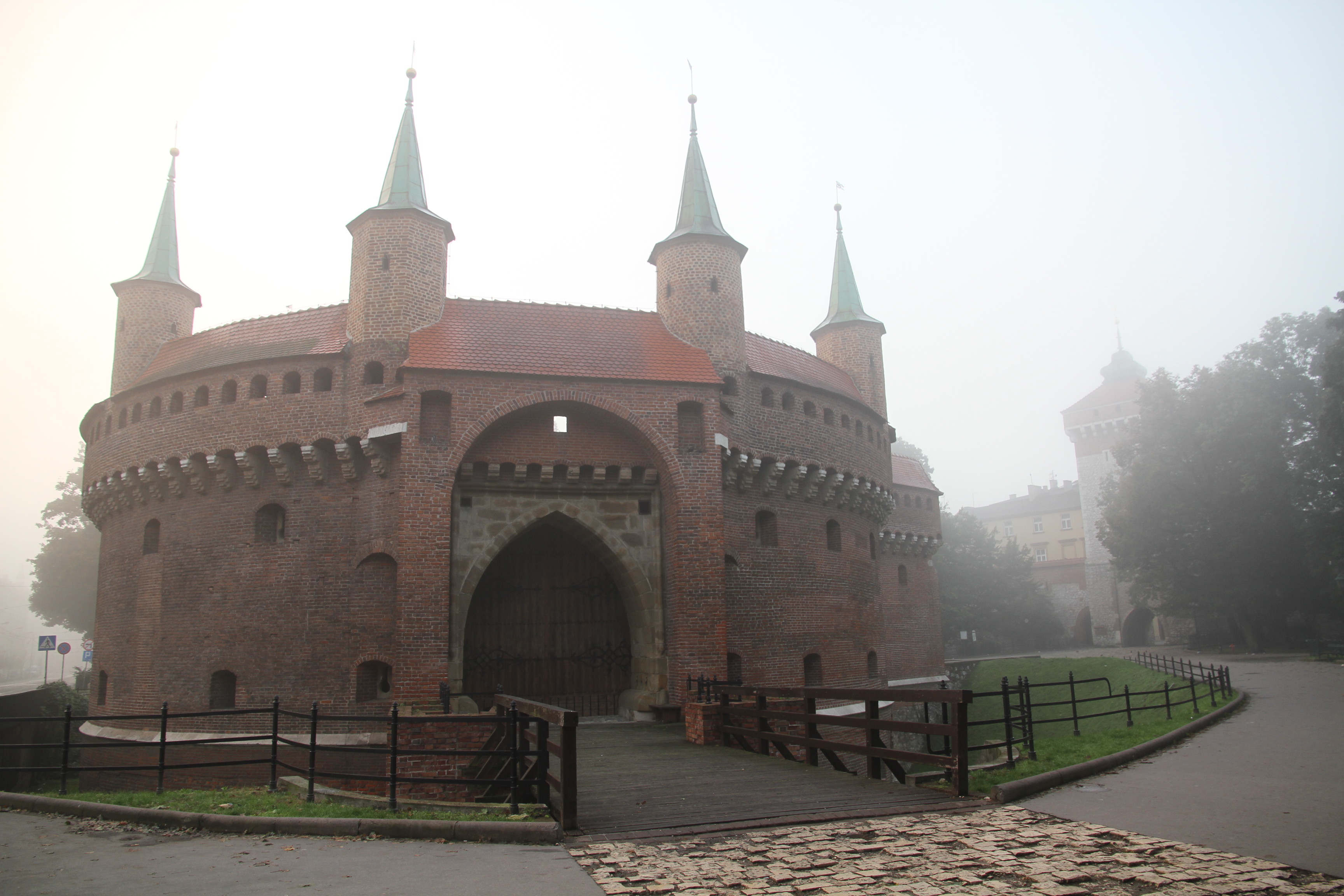 Anyone wishing to hunt in Eastern Europe should check out Hunt Adventure Poland’s website and contact Michael Spalt. Absolutely everything was top notch and exactly as described at very reasonable prices. Truly a great value-for-money hunt; much more affordable than most European countries. Hunt Adventure offers Red Deer, Roe Deer, Fallow Deer, Wild Boar, Mouflon Sheep, and European Bison. We are already planning our next adventure with Michael for Fallow Deer, Wild Boar and Mouflon in 2016. Feel free to contact me with any questions about our experience.
Last edited by a moderator: Dec 9, 2016

Thanks for posting your hunt report.
Very nice trip.

Thanks for sharing!
Bowhunter addict

The Roe Deer were transitioning to their winter coats. Euro mount on the Roe for sure..

Did you rent a rifle? I assume so.

We traveled with our own rifle. It is not legal to rent or borrow a firearm in Poland... Very easy process as long as you do your homework on paperwork/ permits required for transiting through countries with a firearm as checked luggage.

Thanks. That is easy enough to figure out.

Very good trophies both of them, great place, roe buck in Europe allways is around in my mind.....!!!!

nkjonas, nice trophy . I am glad that ypu are happy with hunting in my country.
Witold

Thanks for sharing, some of the first writing I have seen on Poland, very interesting.

Nathan I am glad that you were able to make the trip to Europe. It looks like you chose the perfect time of year for the hunt too. Congratulations on a very successful hunt!

Congratulations on your trophies. Sounds like a great hunt.

Enjoyed all the photos including the sightseeing ones.

Thanks for sharing.
And here I am, returning to Africa of many faces;.... the sloe-eyed temptress with flowers in her hair who stole my youth and my heart, and left me an old man with a kaleidoscope of conflicting memories of many dashed hopes and some fulfilled dreams. E. Echols

Hi Nathan! Dont foreget to post final plaquet on the wall !
Thank you for vising us and see you again!
Last edited by a moderator: Jun 8, 2015

Great hunt report and pictures, I enjoyed it a lot!

Reading your story really took me back to my trip to Poland in 2010. I would love to go back, it is a country full of tradition and great hunting.

UKHunter said:
Reading your story really took me back to my trip to Poland in 2010. I would love to go back, it is a country full of tradition and great hunting.
Click to expand...

Thank you UKHunter. Iam glad that you are happy with hunting in Poland and our hunting traditions.
All the best.
Witold

Witold KrzyÅ¼anowski said:
Thank you UKHunter. Iam glad that you are happy with hunting in Poland and our hunting traditions.
All the best.
Witold
Click to expand...

When I plan a return trip Ill be in touch for your recomendations of where to go.

Tom
You must log in or register to reply here.