My wife and I hunted with Michal Spalt of Hunt Adventure Poland in September 2014. We had a wonderful time and a successful hunt for Red Stag and Roe Deer. Poland is such a wonderful hunting and touring destination that I decided to return in late October 2016 to pursue Fallow Deer and Mouflon Sheep.

On October 20 I was met at the Warsaw airport by Michal and we drove 2 hours south to the hunting area we were to hunt Fallow Deer. The hunting area is very large and had a mix of agricultural fields and heavily wooded forests. The game in this area is free range and no fences are present. I rented Michal's Tikka Super Varmint chambered in .270 win topped with a high end Minox scope with adjustable lighted reticle. It was nice not having to travel with my own rifle. 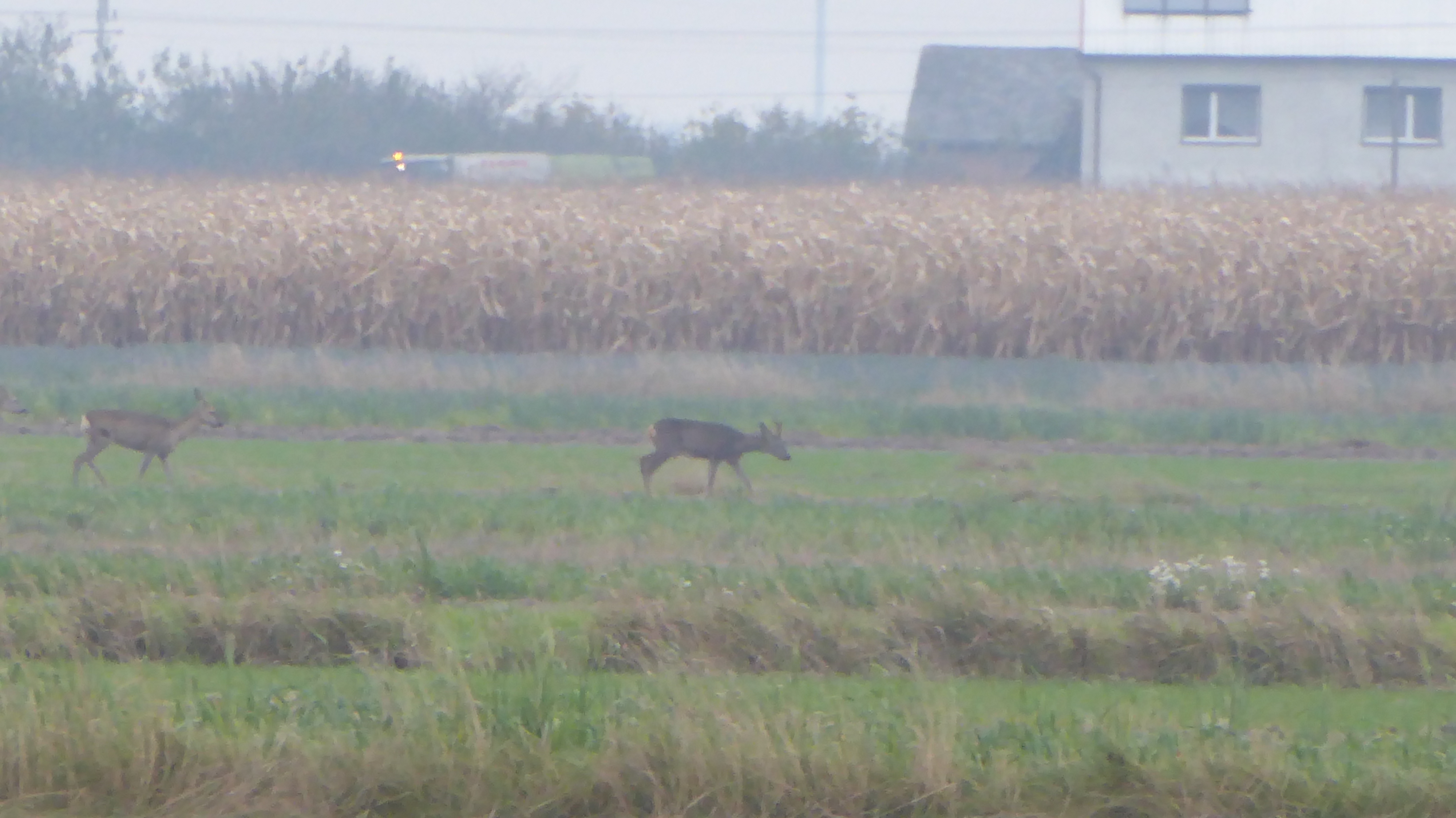 We saw numerous Red Deer (including a few very nice stags up to 7kg or so) and Fallow females the first morning out in the field. We returned to the hotel for breakfast and planned for the afternoon hunt. Heavy mid-day rains let up as we departed for the first evening of hunting. After traversing some roads in the hunting area Michal spotted a Fallow buck bedded 80 yards away. I was able to get a very steady rest and anchored the buck with a single shot in his bed. The traditional branch ceremony honoring the animal was performed. We then took photos, dressed the buck and hauled him back to the vehicle. With a couple hours of daylight left we sat in a high seat overlooking agricultural fields searching for wild boar. There was sign of their presence everywhere, but the dark moon phase made it difficult to see much past sunset. We did however see at least a dozen Roe Deer. 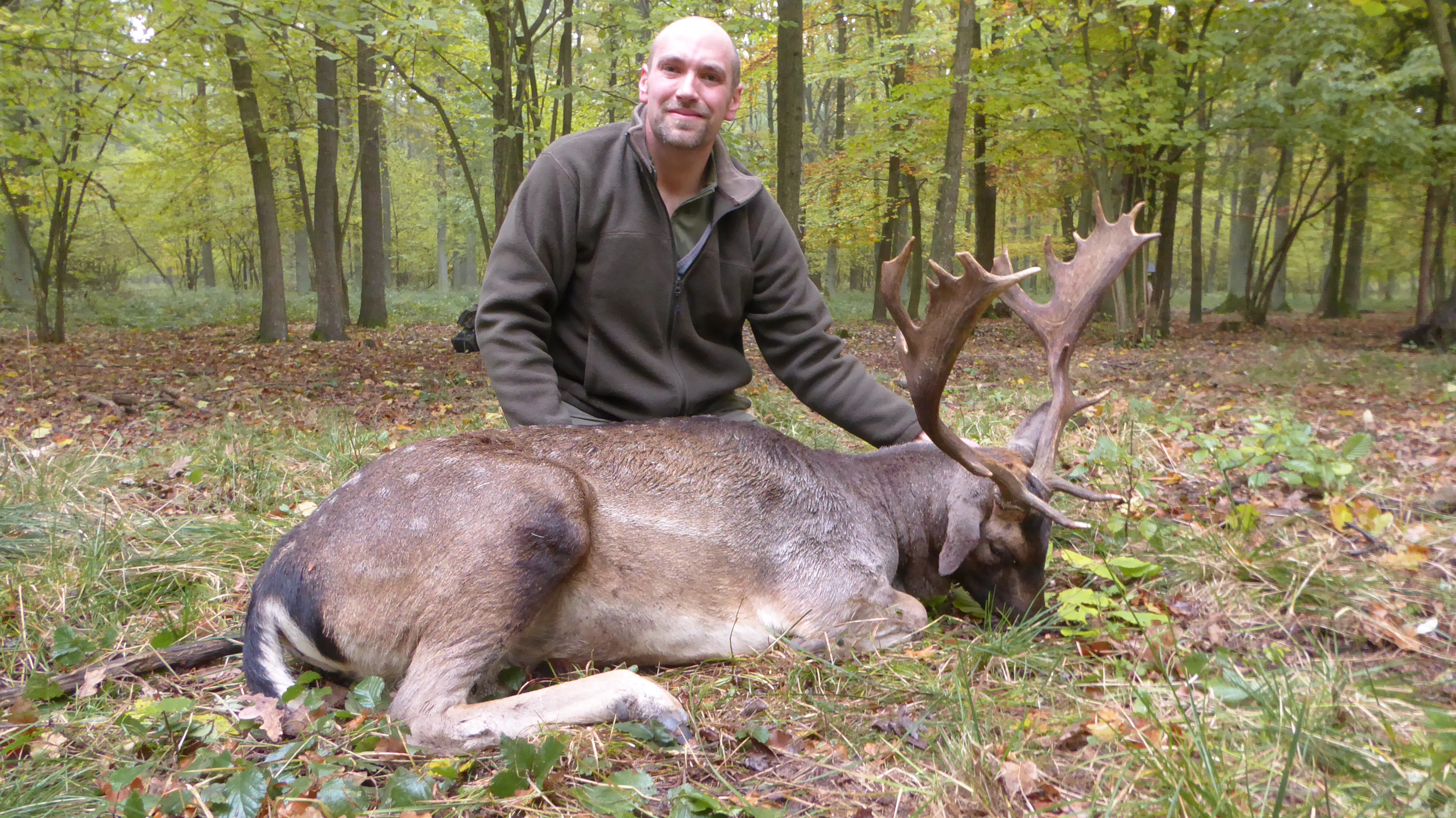 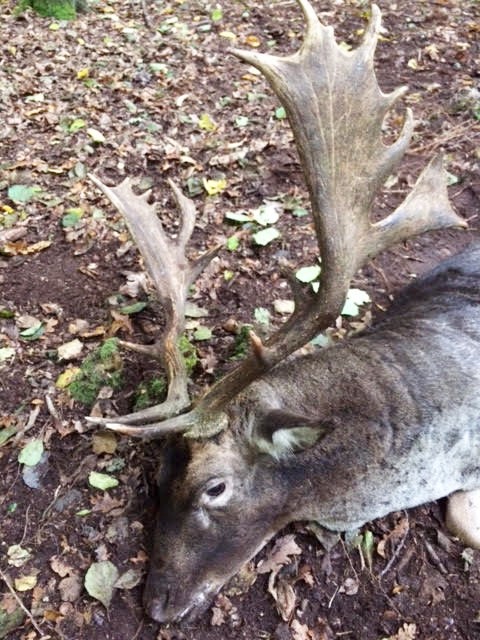 The second morning found us searching for Wild Boar. We saw numerous Red Deer, Roe Deer and Fallow’s before returning for a late breakfast. Michal offered to take me to a local sporting goods store in town. We purchased a box of ammunition for his Remington semi auto .30-06 and went to a local shooting range. Michal gave me lots of pointers and we had a great time shooting moving wild boar targets in the rain. That evening, we sat on a high seat overlooking a potato field hoping for wild boar. Tons of fresh digging looked promising, but a heavy downpour of rain and no moonlight spoiled our plans…

This was the same area we hunted in 2014. I had the same Polish guide, Robert on both hunts. He has extensive knowledge of the area and love for the game he pursues, which I greatly appreciate as a hunter. I was once again amazed at the number of animals we saw on a daily basis in this hunting area. Reminds me a lot of Africa in that aspect...We would depart in the morning headed south toward the Carpathian Mountains in search of free ranging Mouflon Sheep.

A 3.5 hour car ride south found us entering the foothills of the Carpathian’s, only 36 km away from the Czech Republic border. We stayed in a beautiful hotel in the small city of Szczytna, only minutes away from the mountains the Mouflon call home. A beautiful castle sat atop the hill overlooking our hotel. 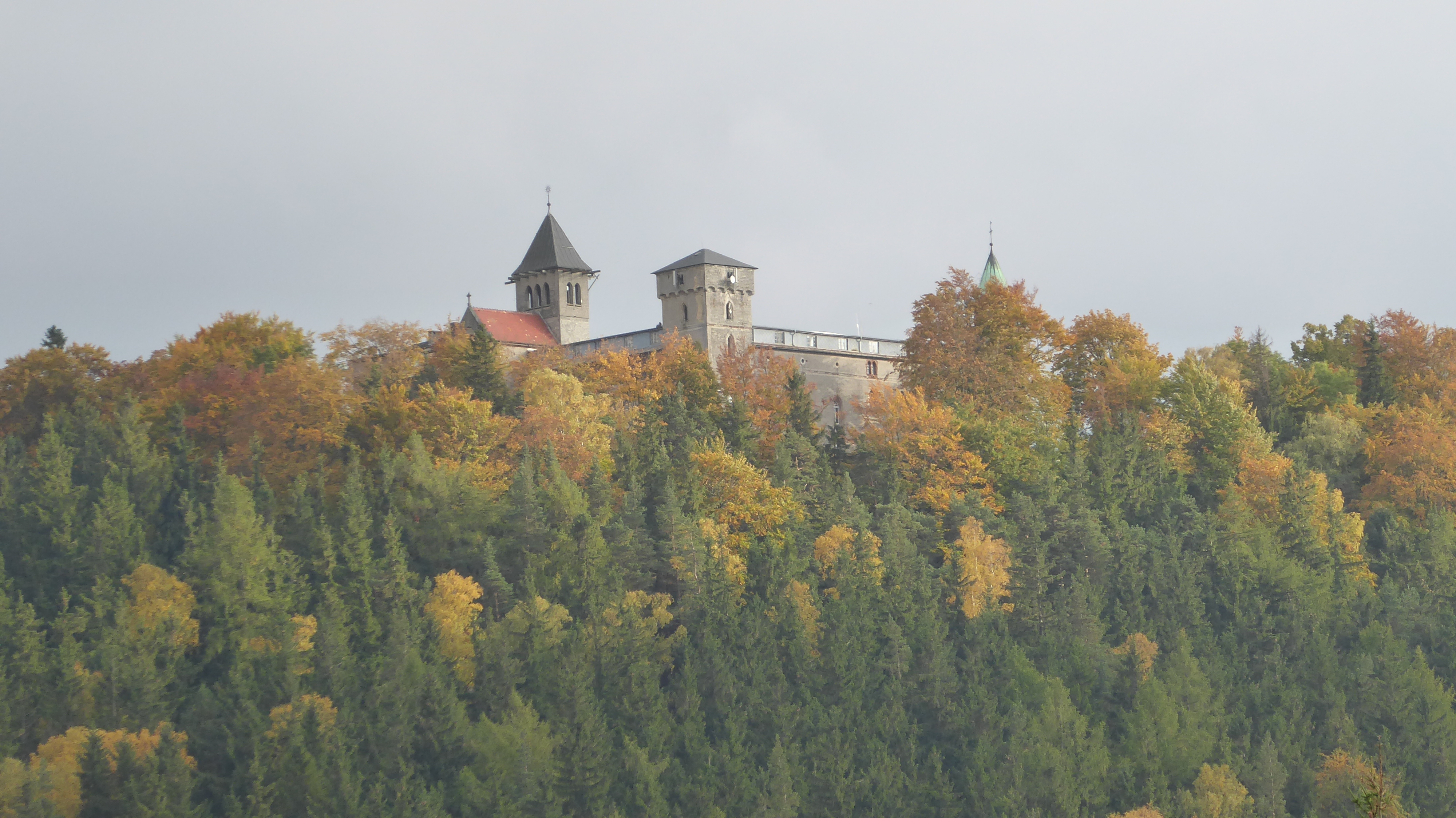 We were met by our local guide Krzysztof at 4 to depart for our first evening chasing Mouflon. Only 5 minutes up the windy dirt road Krzysztof stopped the vehicle and pointed up the hill at a group of Mouflon 125 yards away. 7 ewes and lambs. I was really shocked to see sheep so soon and snapped a few pictures before proceeding up the mountain. We reached a spot in the woods where we left the car and started stalking on foot. After a while we spotted a group of 5 Mouflon, 4 ewes and 1 young ram. We returned to the hotel that night very pleased after seeing 12 sheep in the first outing. I found it difficult to sleep that night…. I guess you can say I now had sheep fever! 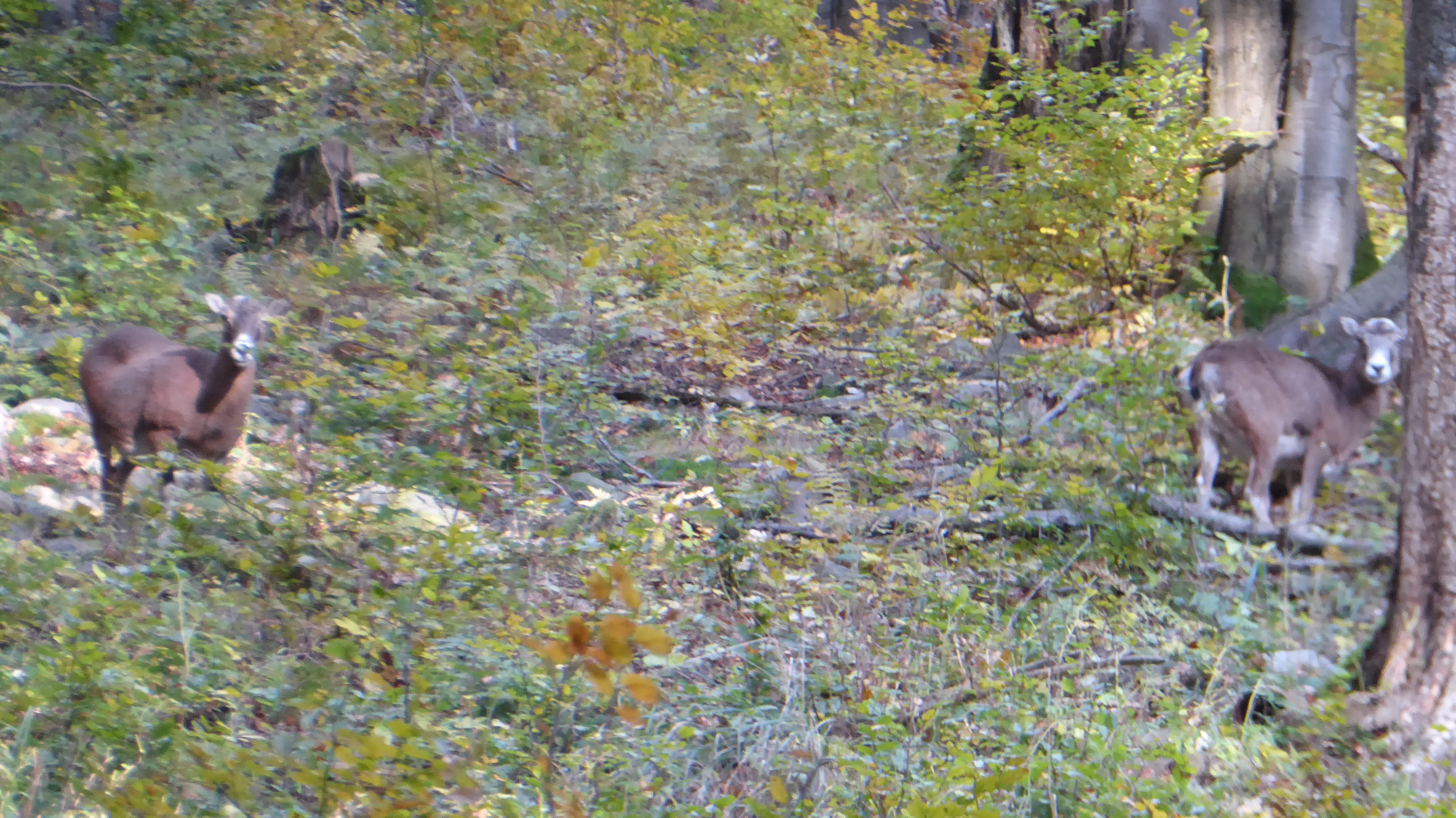 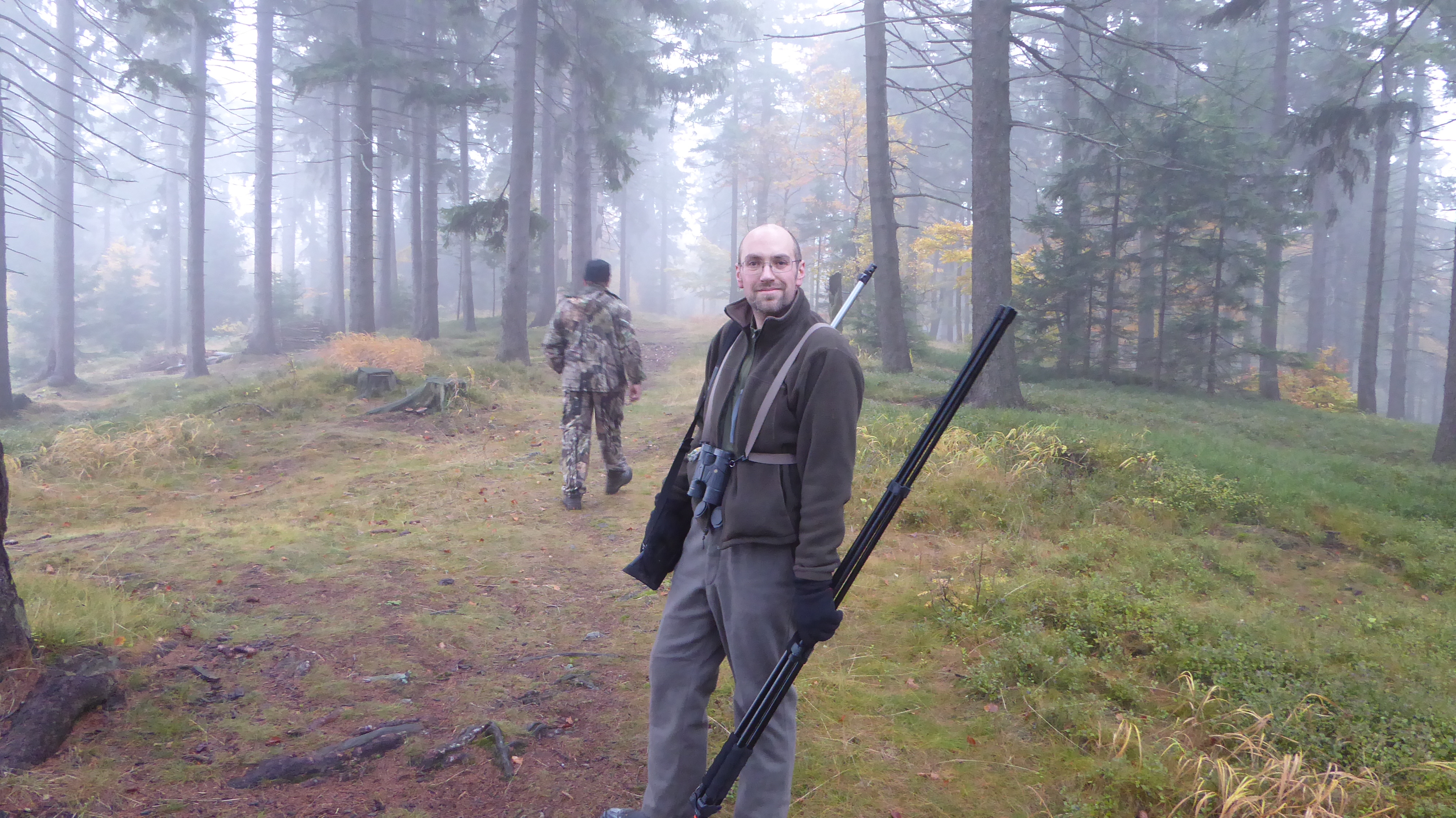 Michal and I were picked up by Krzysztof before daylight. We made our way up the mountain before parking and stalking on foot. We saw a nice Red Stag and a lot of sheep tracks and sign…but no sheep. We returned to the vehicle and had just began formulating a new plan when we came upon crew of Polish state timber workers preparing for a day’s work. Knowing they would be operating chain saws and falling trees made us think the morning hunt was over. We began the decent down the mountain when we saw a group of four Mouflon ewes 350 yards in front of us. We all were glassing the sheep out front when Michal noticed the group of seven sheep uphill and towards our left. A short stalk put us behind a pile of fallen timber. We had managed to close the distance to only 49 yards. I found a solid rest for the rifle and began looking over the band of sheep. There were three ewes escorted by four mature Mouflon rams! I watched as the largest bodied sheep nosed and bullied two of his companions away from his ewes. I studied his Roman nose and horn shape and knew this was an animal I wanted to try for. I steadied the crosshairs on the ram’s shoulder and touched the trigger. Sheep went everywhere at the shot, but the big ram fell where he stood. We honored the animal before taking photographs and making our way back to town. 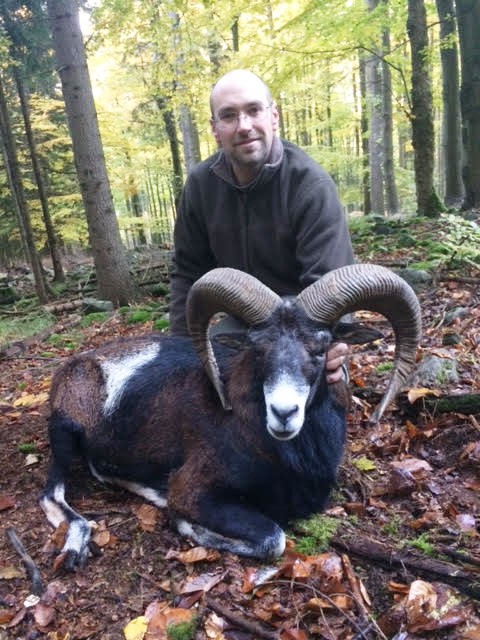 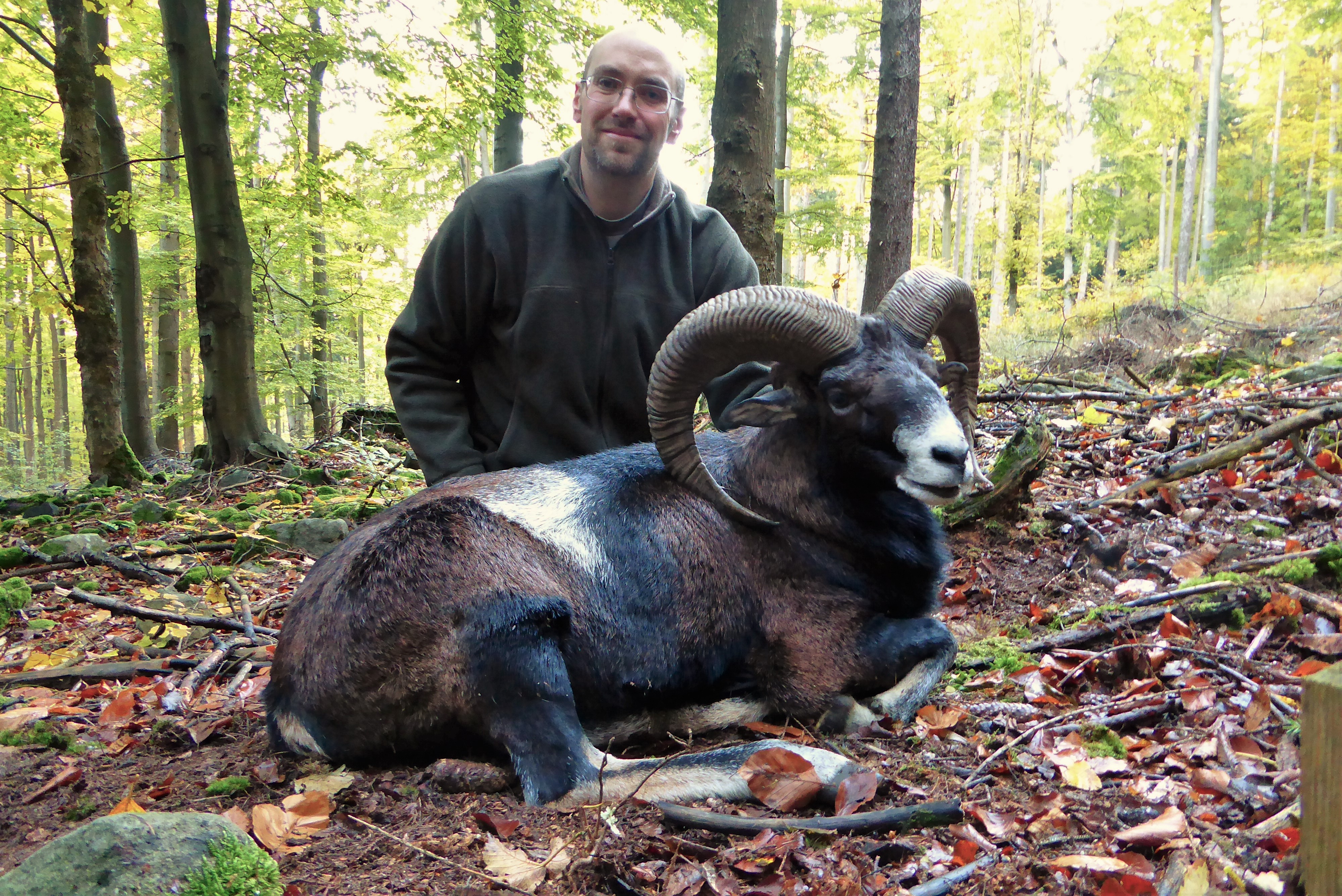 After an amazing lunch of homemade Polish pierogi’s we took a drive in the forest to hunt for edible mushrooms. In late October locals flock to the forests in mass in search of mushrooms. It was a great outing! We ended the evening enjoying Polish and Czech beers and conversing as only hunters do. Sharing stories and planning new trips… 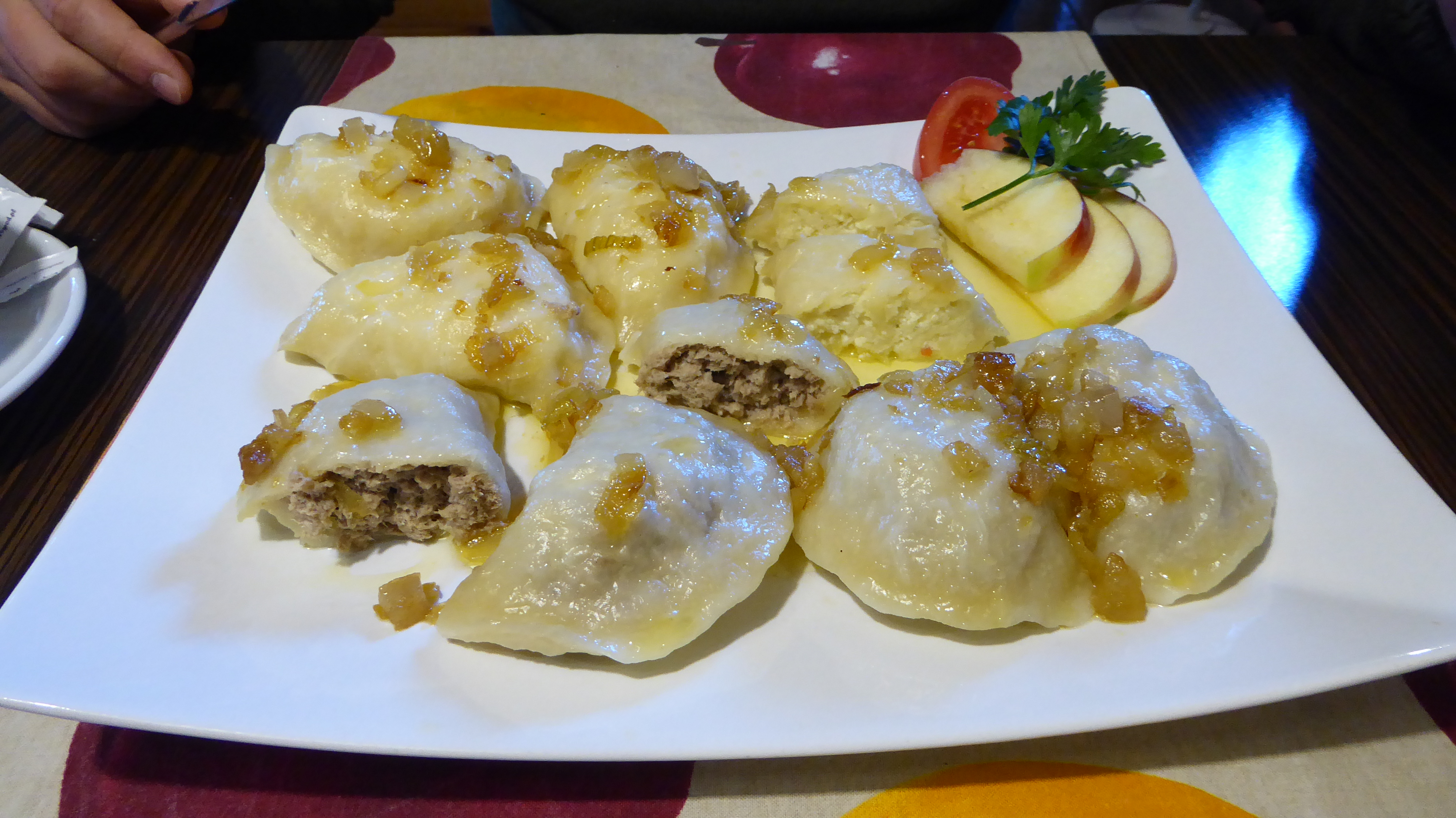 We departed the Mouflon area and headed south into the Czech Republic. Michal took me an incredible rock labyrinth named Adrspach Rocks. We enjoyed a 3.5 km hike in some of the wildest geological formations I have ever seen. Carvings in the rocks dating back to the late 1600’s were seen. 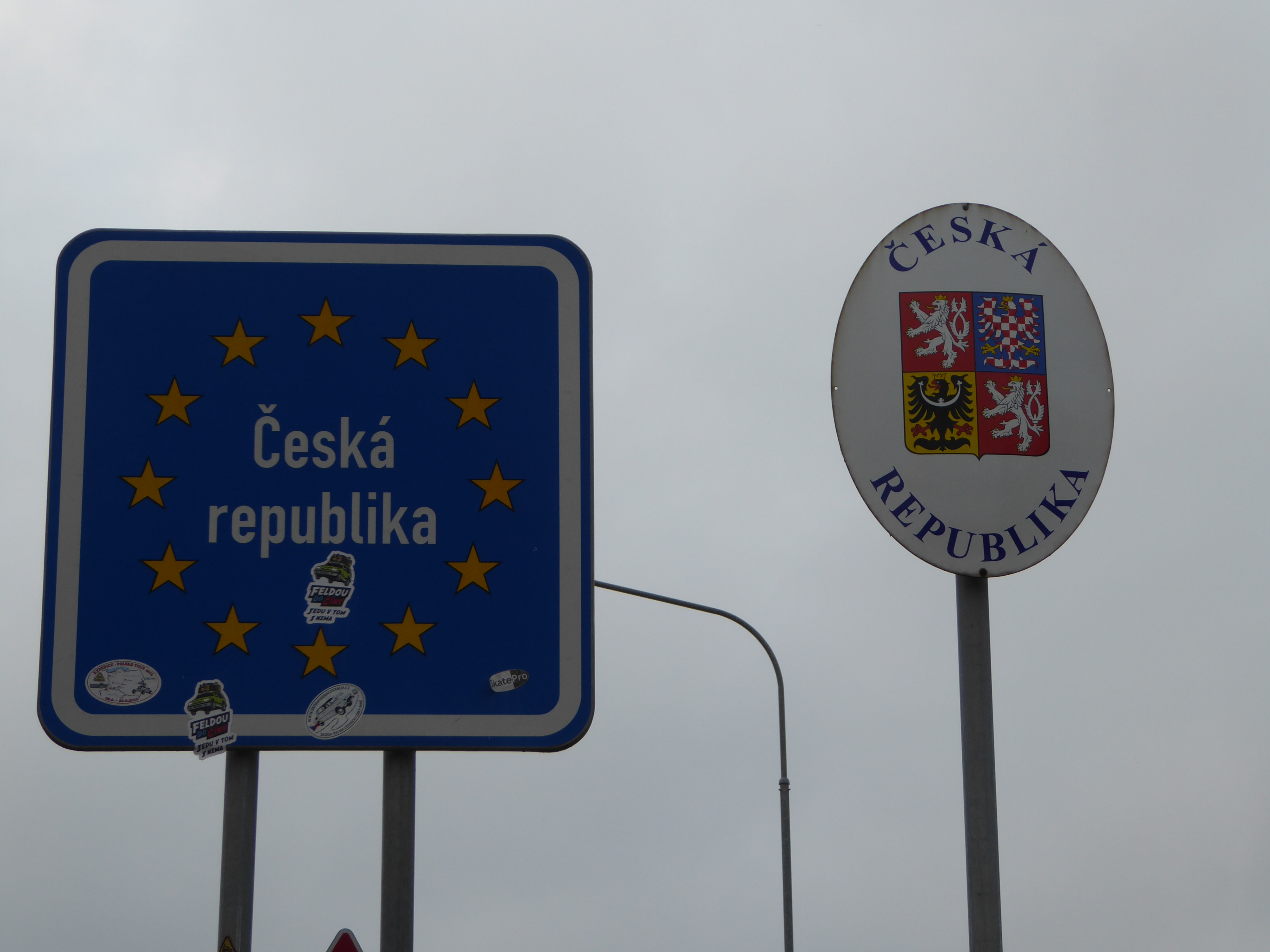 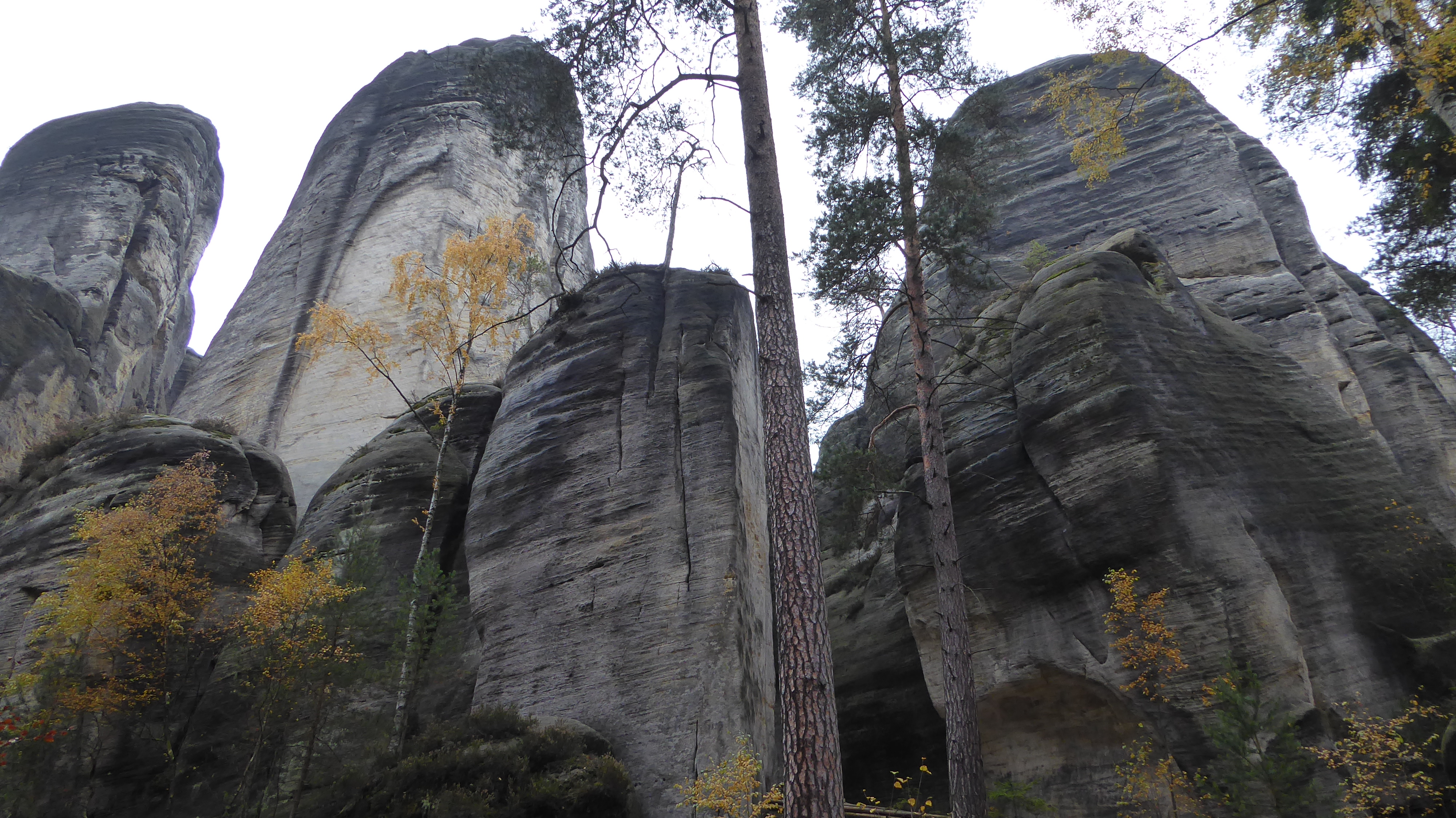 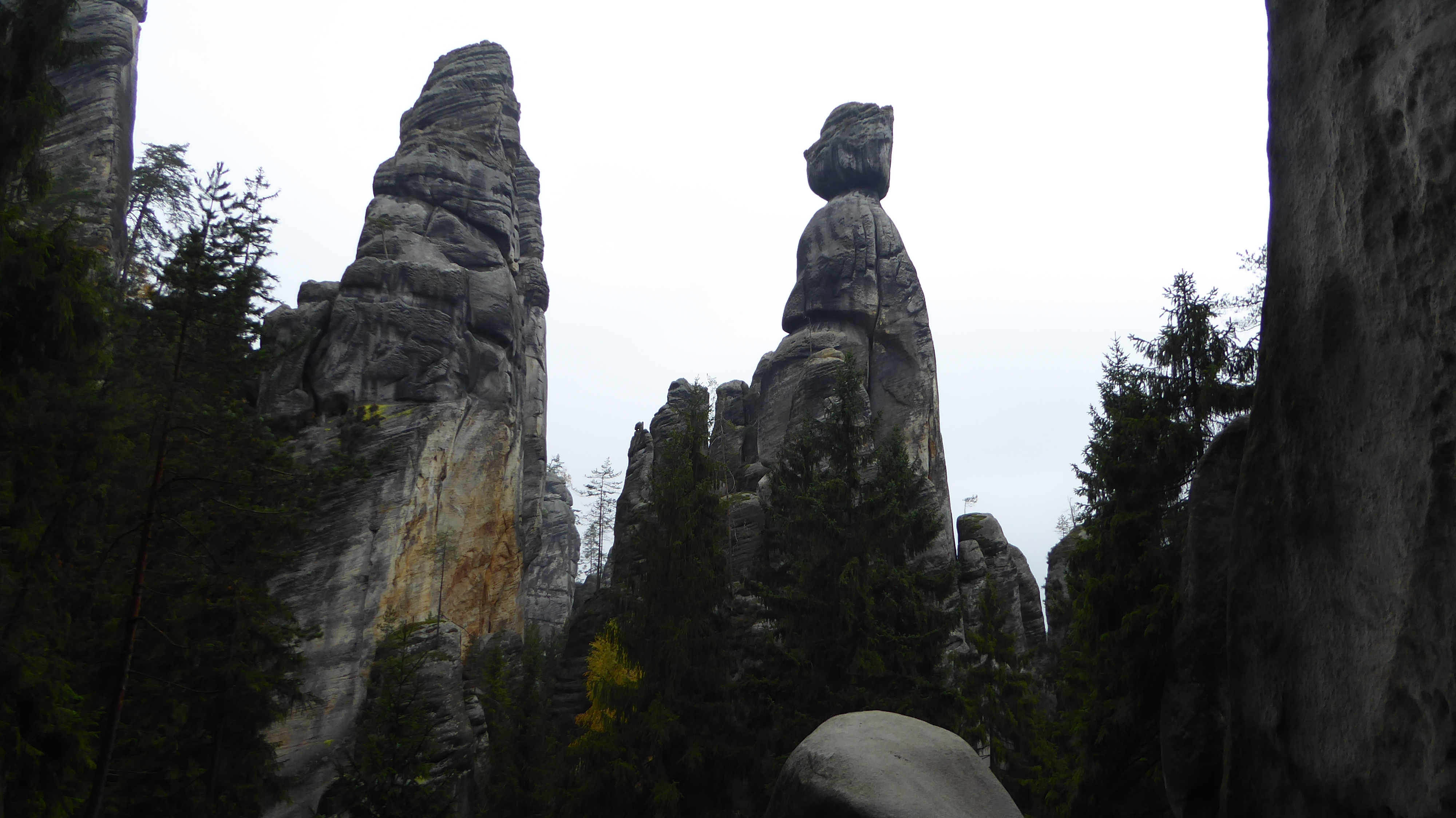 Stopping at a small local restaurant I was treated to Czech goulash and boiled bread. Not the prettiest dish, but one of the best tasting meals I have ever enjoyed! 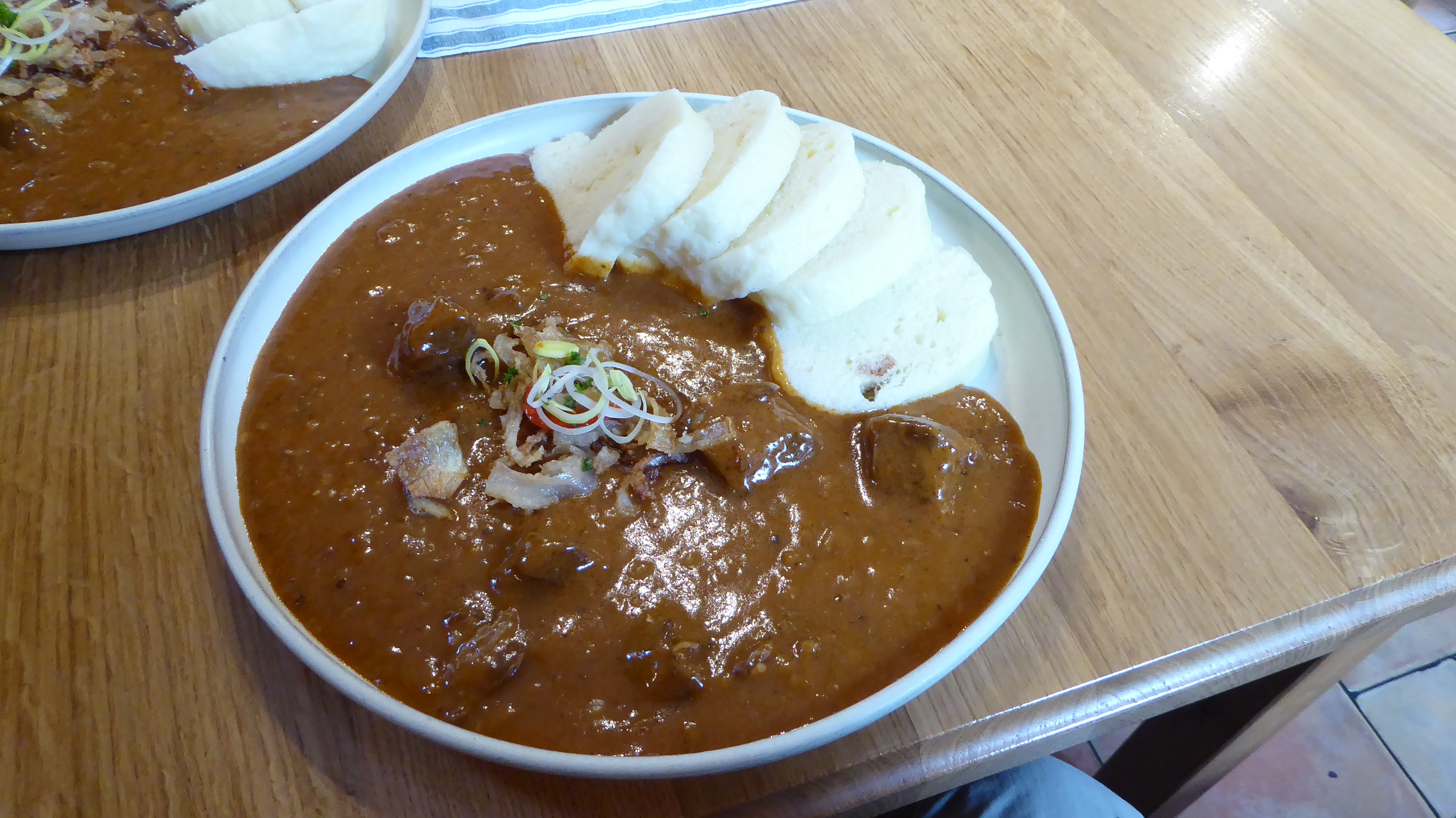 We continued north and crossed back into Poland headed for Jalena Gora. We stopped at a miniature park and drove past an old abandoned Russian uranium mine. A reminder of times past…. Once we arrived in Jalena Gora we were met by Michal’s business partner at his home. His wife prepared a delicious dinner and we enjoyed wild boar sausage and vodka well into the night. The hospitality they showed me was greatly appreciated!

After a late breakfast Michal took me on a tour of several castles and palaces in the area. It was great having his local knowledge to inform me of the history of the places we visited. We hunted that evening again for wild boar with no success. The rain was back and the clouds obscured the moon’s light. 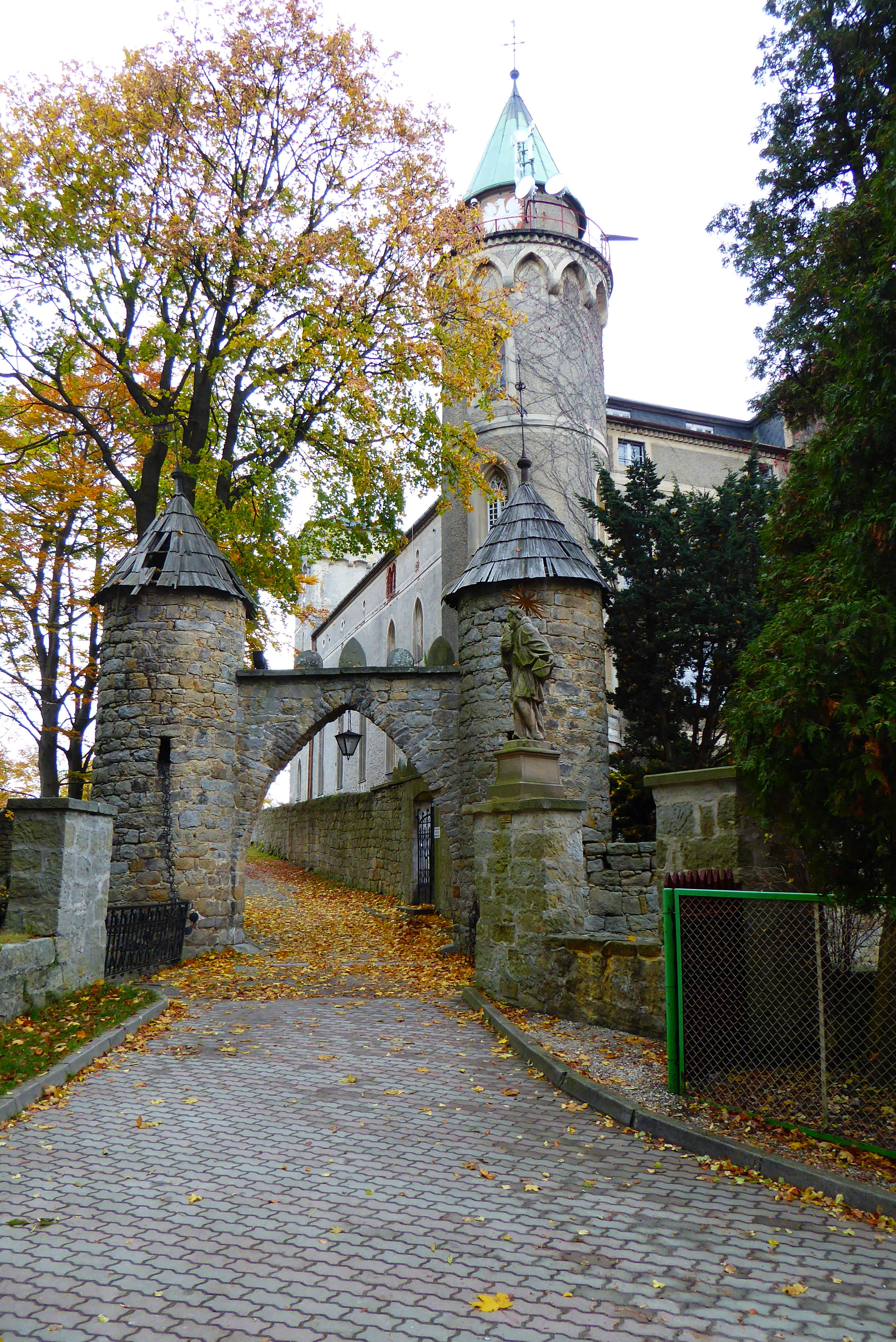 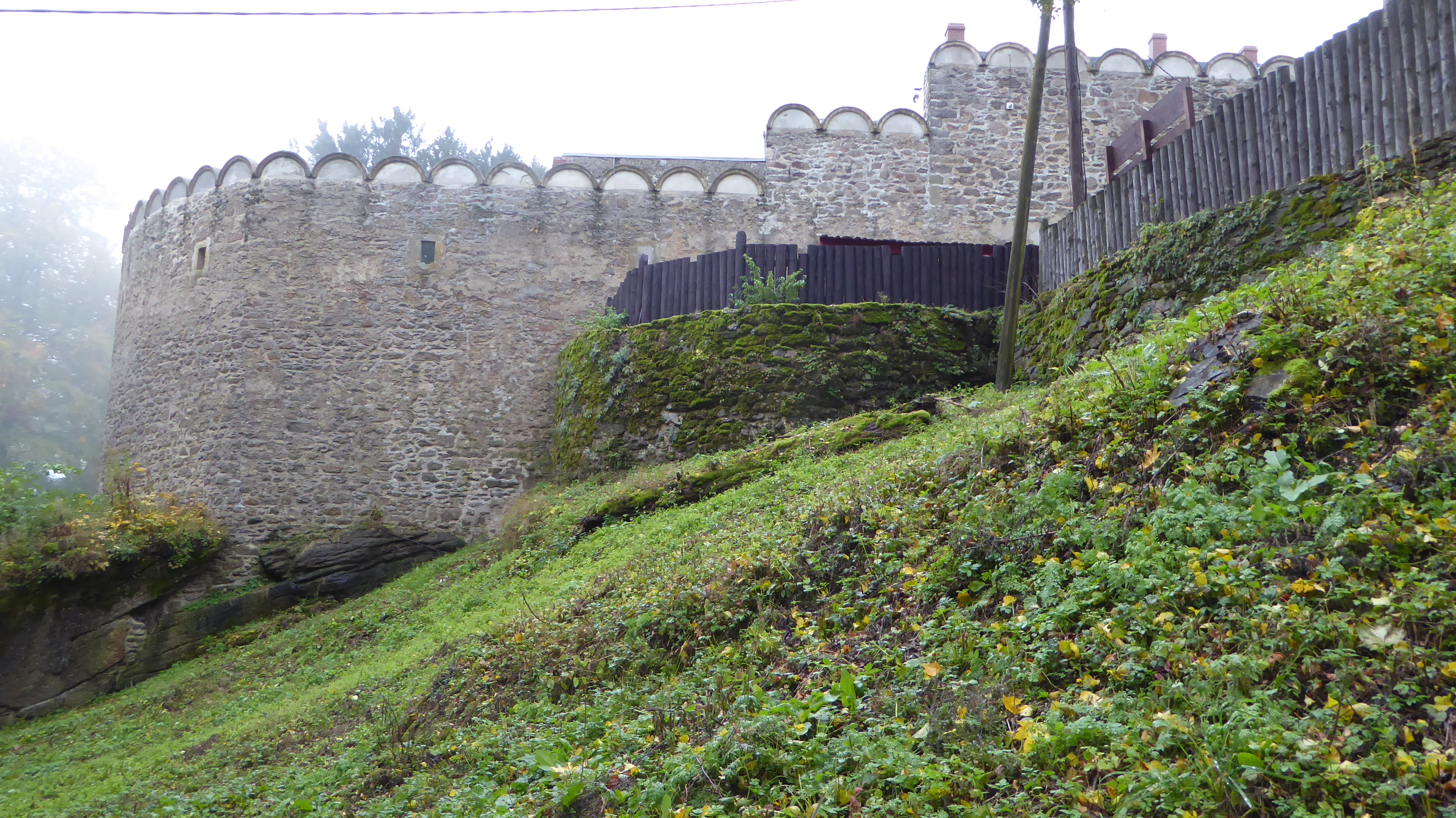 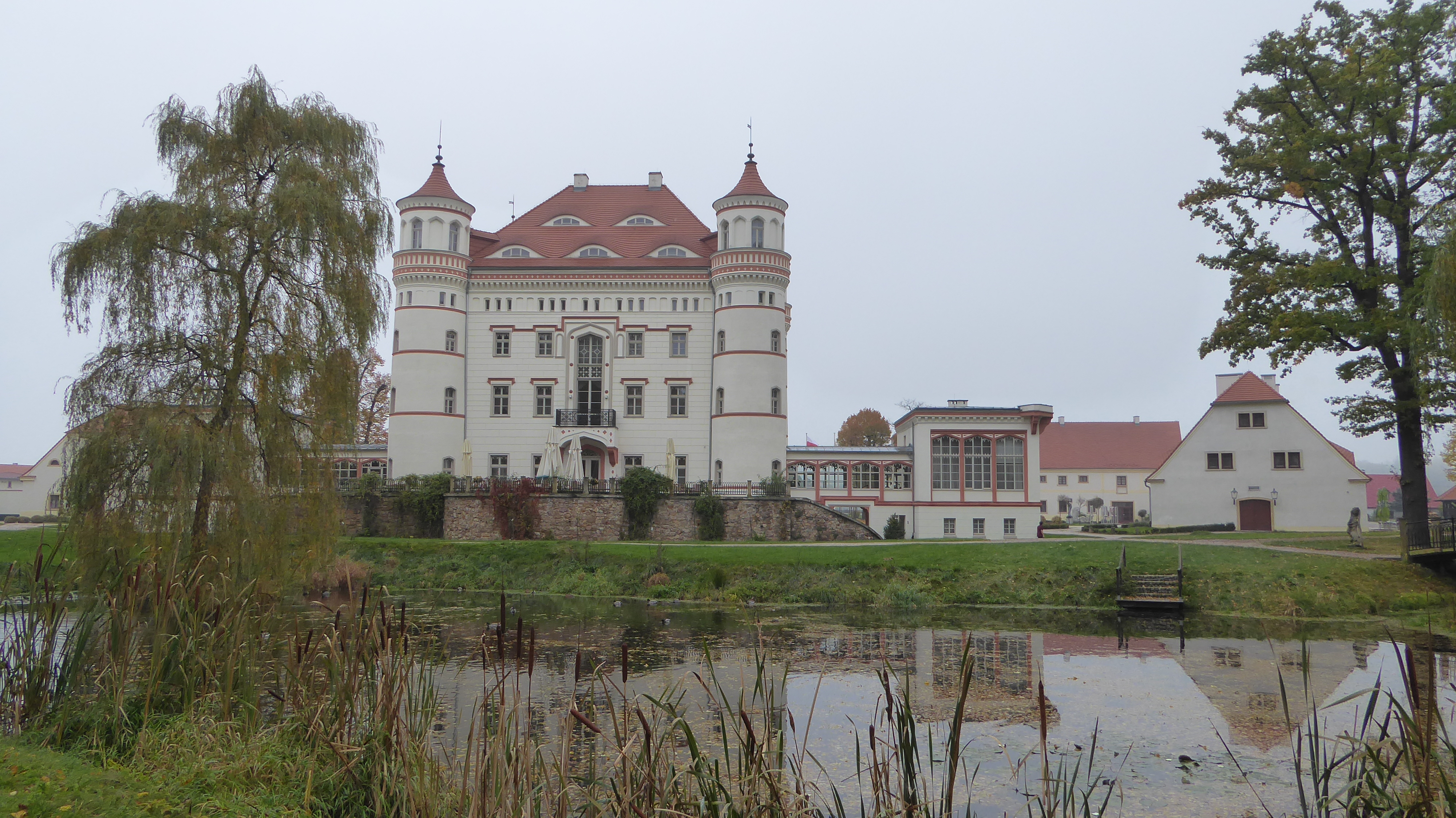 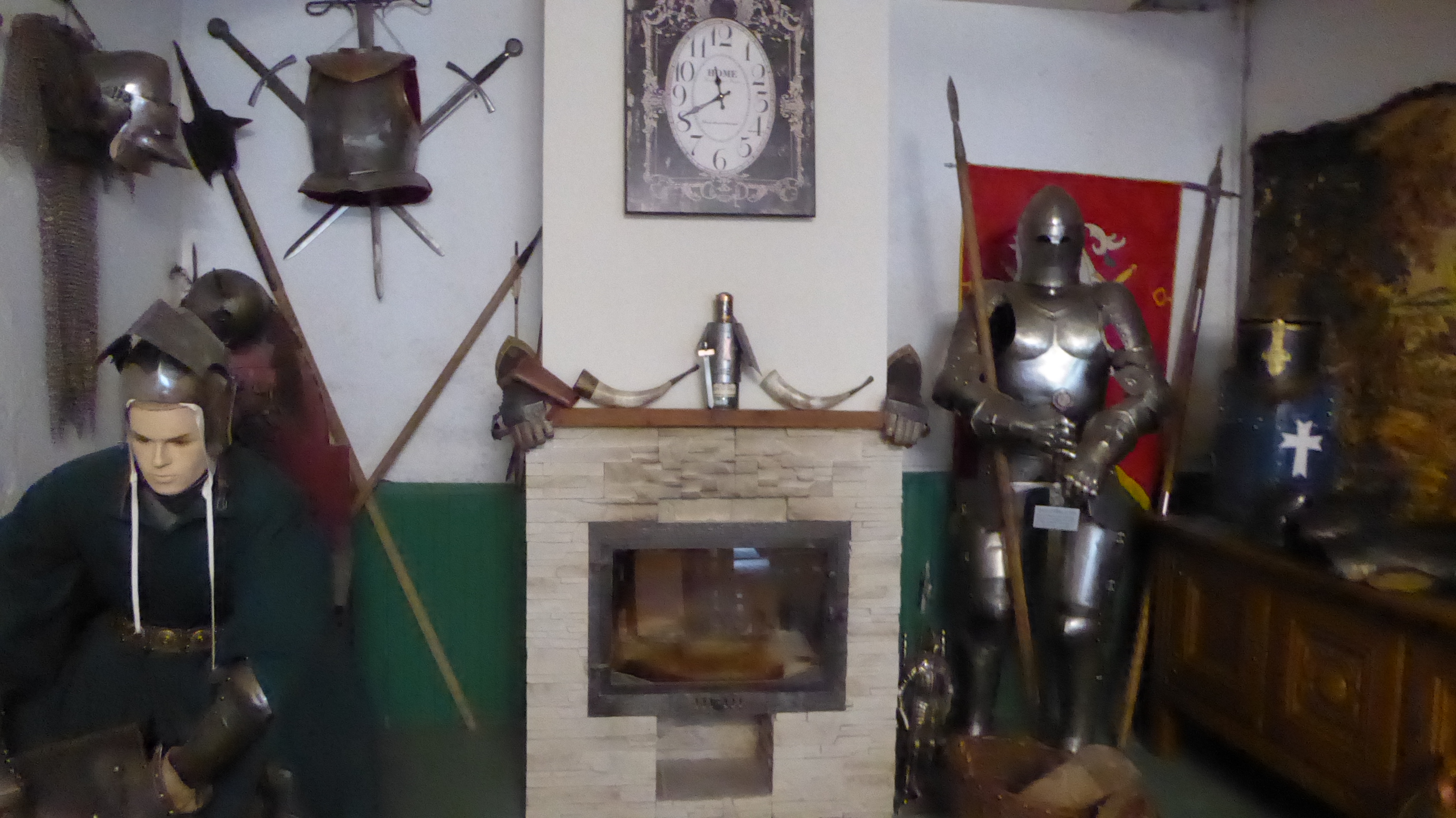 Michal went out of his way to ensure a successful experience. I appreciate his willingness to custom design my hunting experience from start to finish. The lodging, food, guides and hunting are world class! Poland is an amazing destination for hunters and observers alike. By far some of the most attractive pricing in all of Europe. Feel free to contact me with any questions you have about either of my hunts with Hunt Adventure Poland. 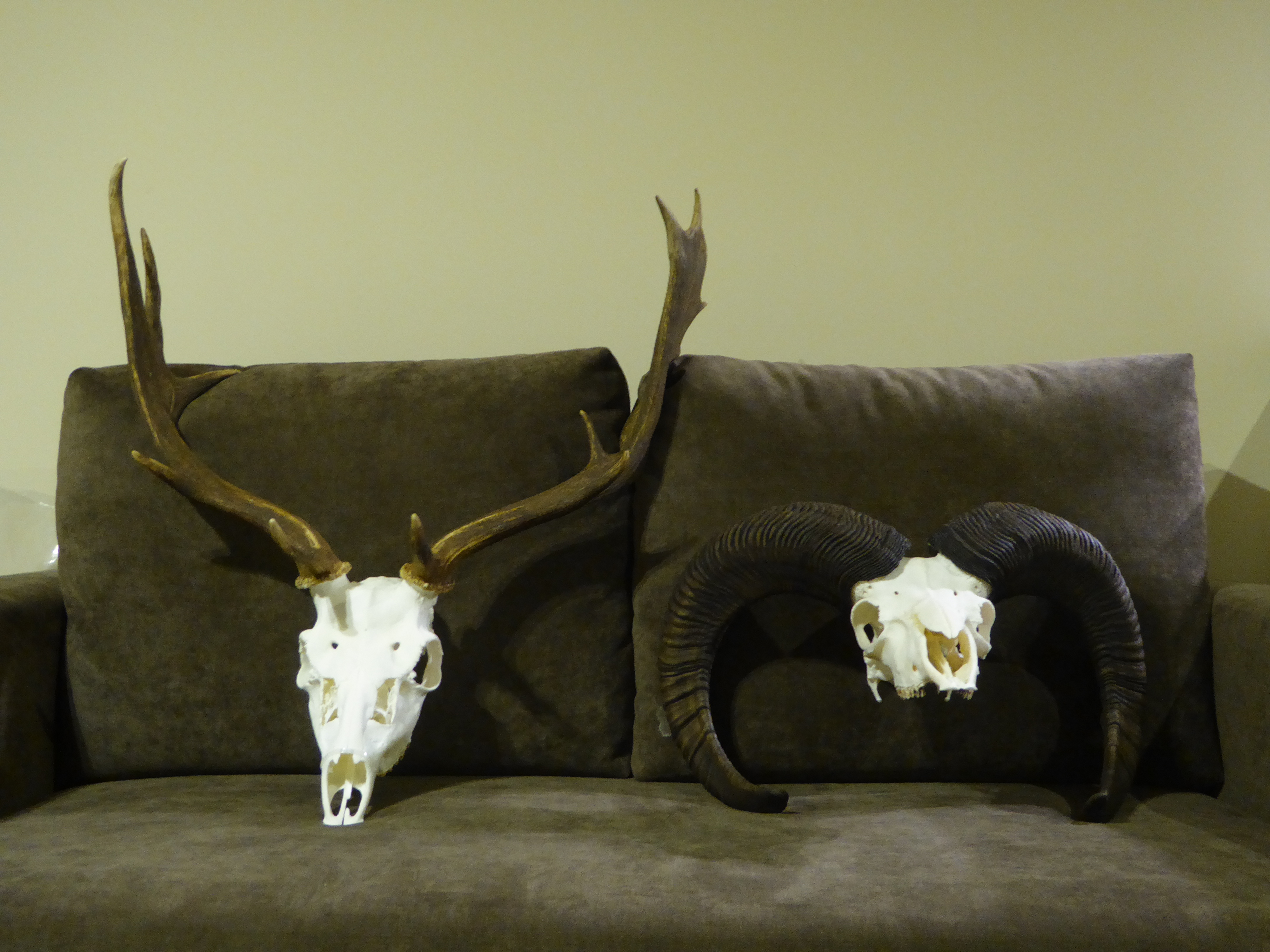 Good report.
Chainsaws and sheep hunting, interesting mix. Nothing like local workers to spice up a hunt.

Congrats on your trophies.

Congratulations for a great experience and nice trophies.

Good beer in Poland, Okocim is one of my favorites.

I hunted roe last summer with Michael, first class operation.
I love Poland and the food! The people are exceptionally nice too!

Congrats on the nice trophies, those Euro mounts look nice.

Thanks for the report! It really sounds like you had a blast!
"When my friends tell me that I have led a remarkable life, I have to admit having done my best to make it so" - John Kingsley-Heath

That is Great. Thank you for sharing. What is the Fallow season in Poland?

Looks like a fun hunt. Congrats and thanks for sharing.
D

Very cool!
You must log in or register to reply here.

POLAND: Hunting Fallow Deer In Poland During The Rut